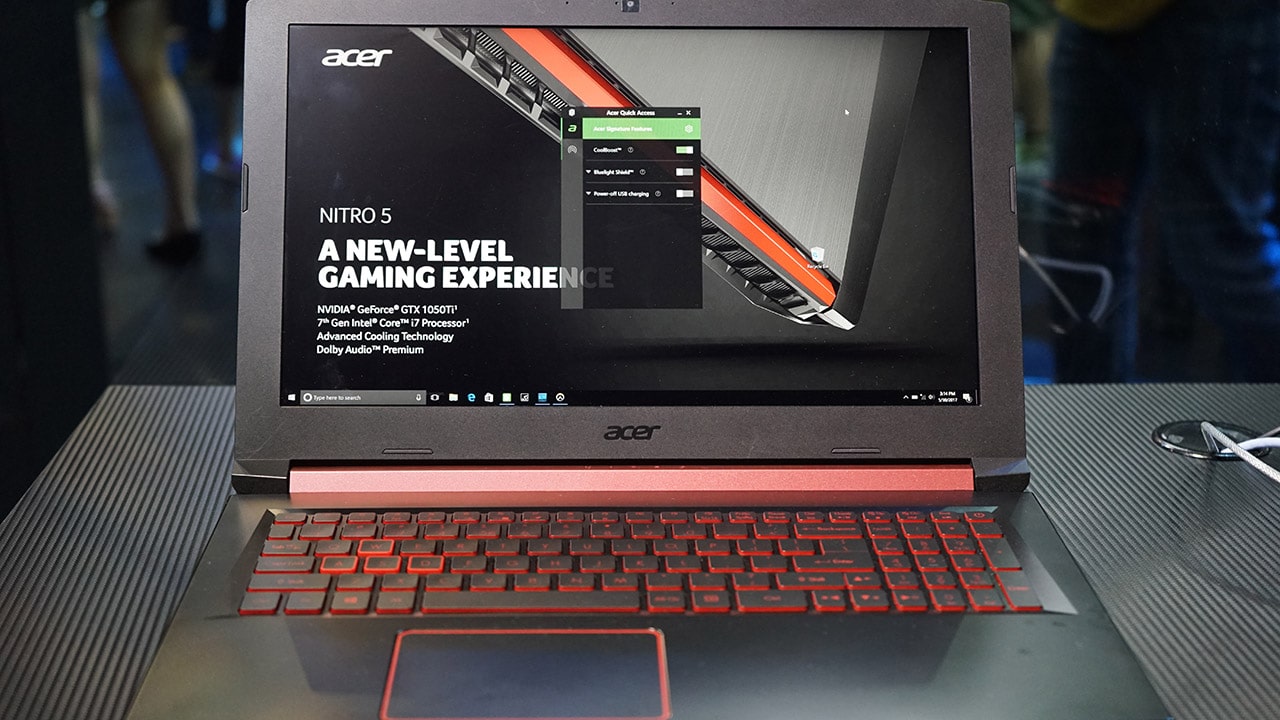 Acer was little early in announcing its latest budget-friendly gaming laptop, but it was only at Computex 2017 where I had a chance to see if it really delivers on its promise of sharp gaming for its value. 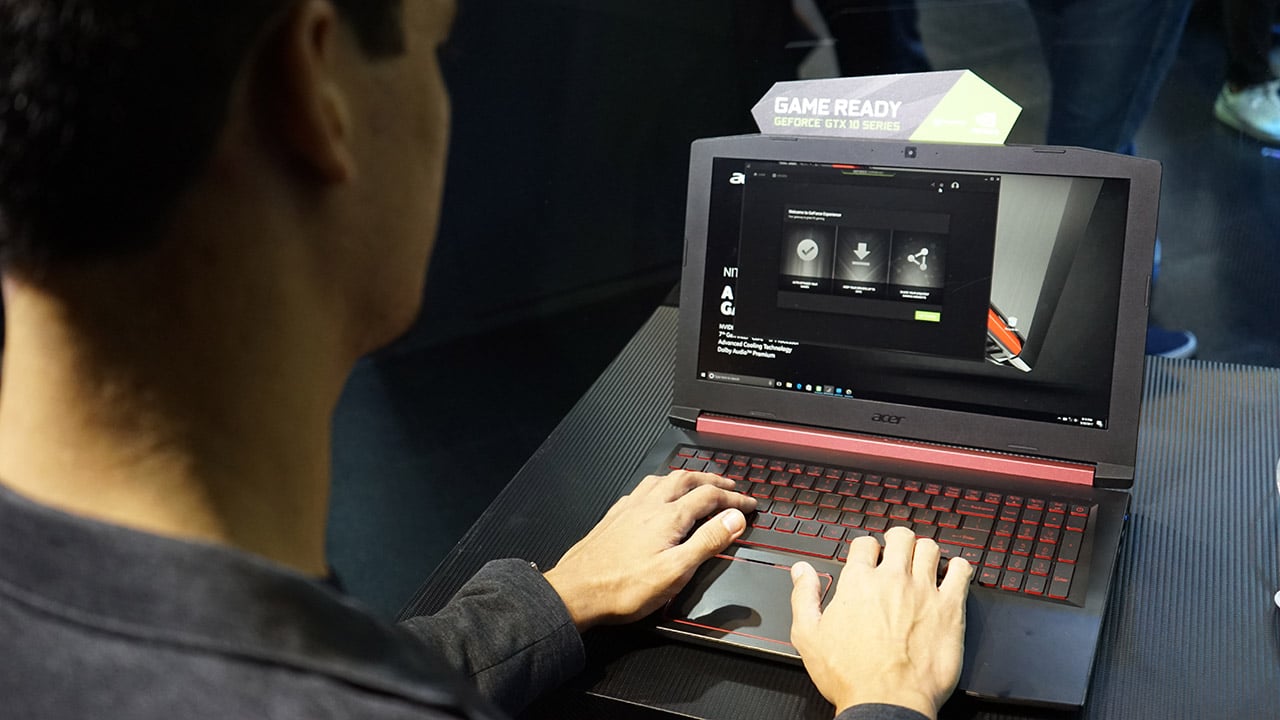 Aside from the bright-red keyboard illumination and sleek metallic rear cover, there isn’t much to write home about with the Nitro 5 in terms of looks. Its more attractive selling point is the 15.6-inch Full HD IPS display, which replaces the less impressive TN panel often used in entry-level gaming notebooks of the past. Because of this, the Nitro 5 has more saturated colors and much wider viewing angles. 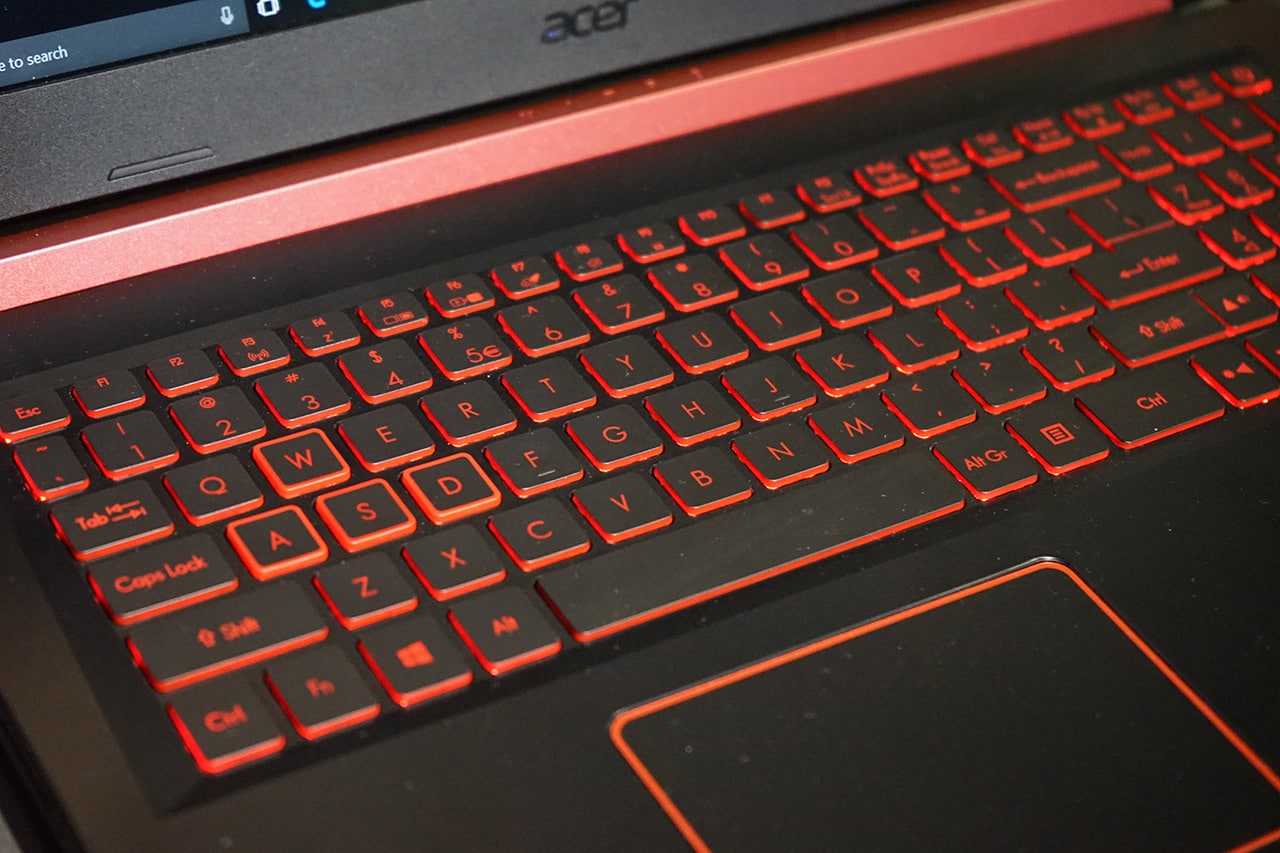 The keyboard itself is run off the mill — no mechanical keys or programmable buttons to aid you while gaming. I could say the same for the trackpad, but honestly, you shouldn’t be using it over a mouse for this sort of laptop. 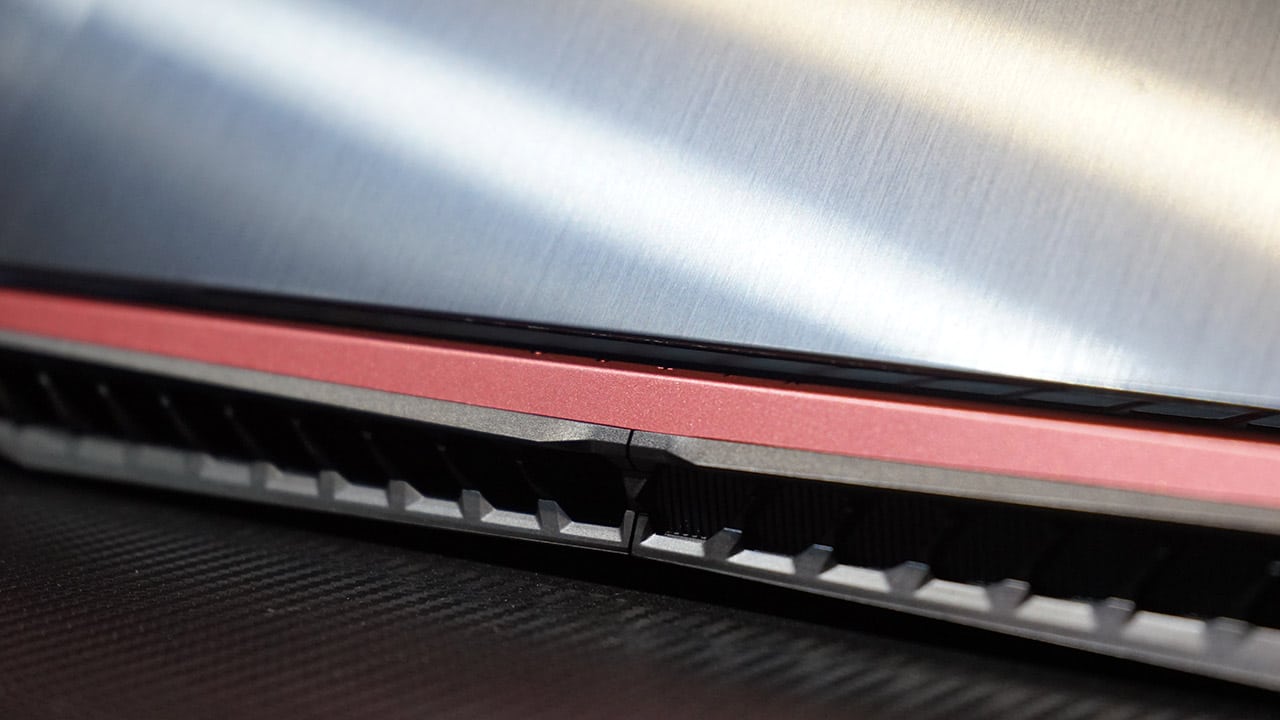 Although the Nitro 5 is quite thick, it makes great use of the space around it. You get a full set of ports on the side, plus a seemingly effective exhaust at the back as pictured above. Still, you may have to search for a more generous backpack to carry this machine around. It wouldn’t fit in my convertible-optimized bag. 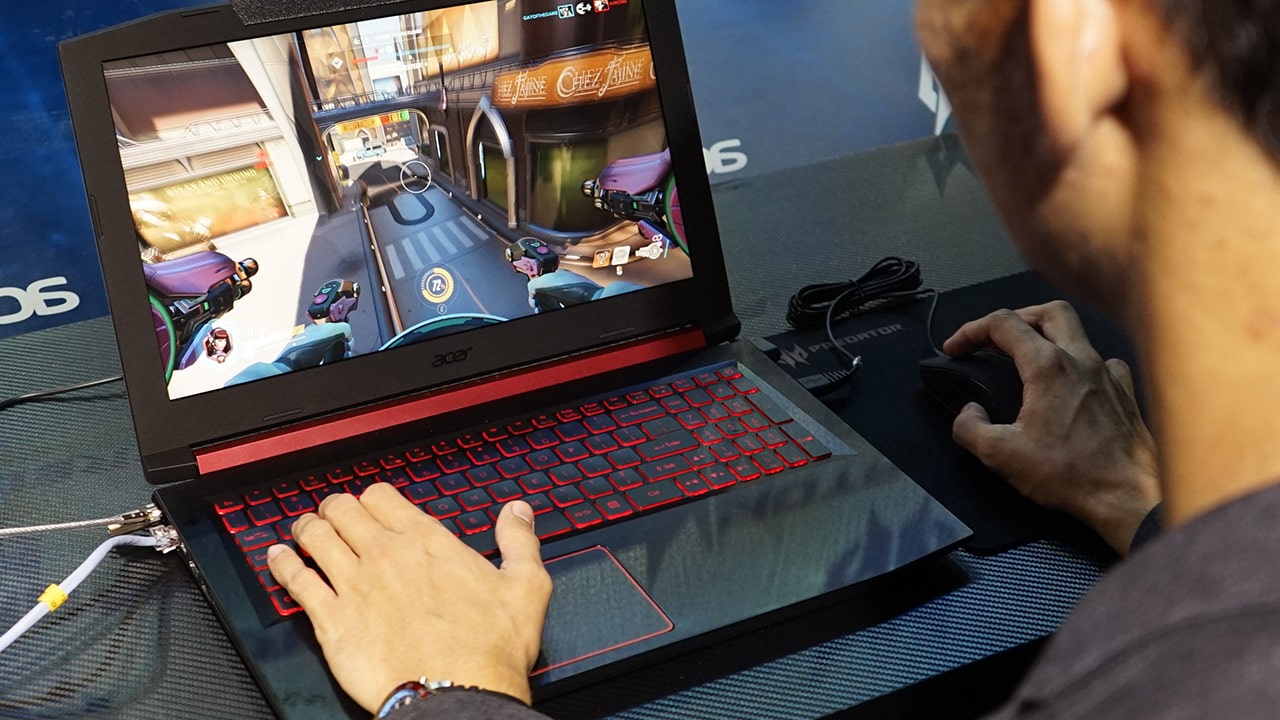 When it’s all said and done, what really matters is how well it performs. This being catered towards casual gamers, the most basic configuration with an Intel Core i5 processor and NVIDIA GeForce 1050 Ti graphics chip is more than enough for games like Overwatch and CS:GO. Unfortunately, this wasn’t the setup I tested on site.

Instead, I used the Core i7 version with 32GB of memory and the same GeForce 1050 Ti GPU, which pretty much puts it in midrange territory. Acer didn’t disclose the price for this specific configuration, as I was told it’s region-dependent and can vary greatly. Naturally, this setup broke no sweat while rendering Overwatch on High to Ultra graphics settings at 60 frames per second. (I even got Play of the Game!) 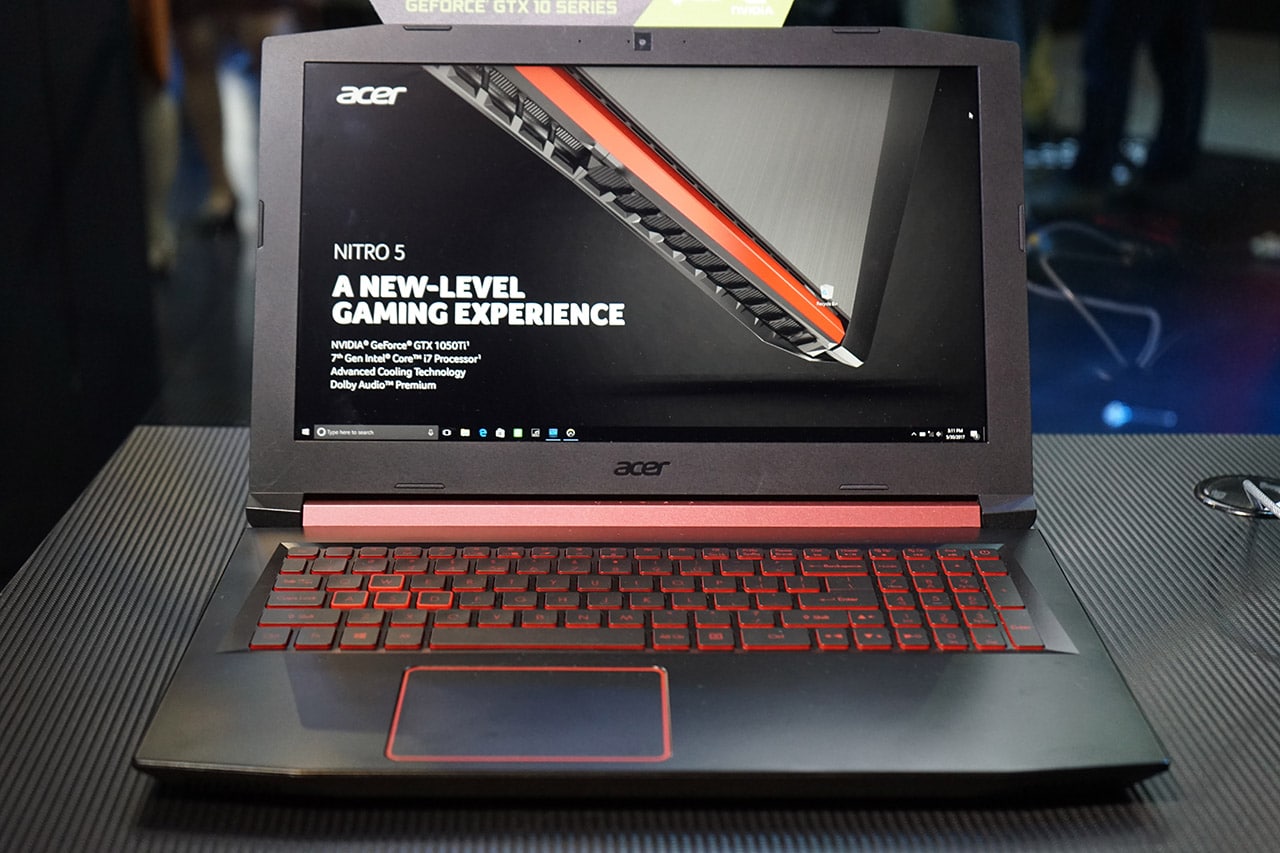 The Nitro 5 is in no way a standout product — nothing like the amazing Predator 21 X and Triton 700 that launched ahead of it. But in a sense, it’s a much more important part of Acer’s mainstream gaming efforts. By offering a capable laptop for only $800, even non-gamers (such as video editors and 3D artists) can consider the Nitro 5 without breaking the bank.

It’s a no-frills gaming laptop, and we appreciate it. Before we decide if it’s truly your GadgetMatch, we’ll have to find a retail unit for a full review.

A quick walk through the exhibit halls of this year’s Computex would have you expecting high-tech gadgets-and-gizmos-a-plenty, but what I didn’t expect was the sheer artistry in the presentation. END_OF_DOCUMENT_TOKEN_TO_BE_REPLACED

I may not be the most techie person on the team, but like others on the GadgetMatch team, I appreciate gadgets and accessories that make my life easier. END_OF_DOCUMENT_TOKEN_TO_BE_REPLACED