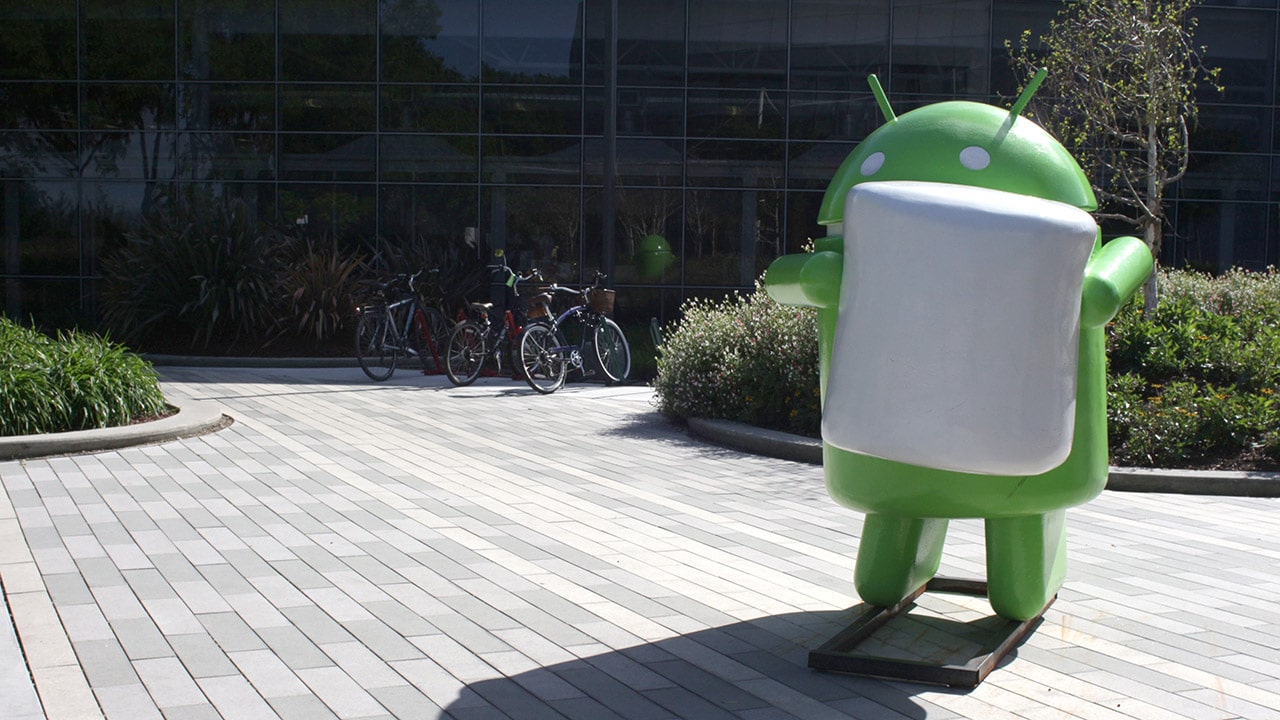 Based on a report made by market data provider Strategy Analytics, Android’s market share is steadily going up for its smartphones, while Apple’s iOS handsets are slumping. The other operating systems are nowhere to be found.

According to the statistics, Android smartphones now hold 87.5 percent of the total global audience in the third quarter of 2016, which is up from 84.1 percent during the same quarter last year.

Meanwhile, iPhones have gone from 13.6 percent of the total market in Q3 2015, to just 12.1 percent in this year’s third quarter. Every other OS dropped to a negligible 0.3 percent market share from 2.3 percent last year.

Android’s success is credited to the 10.3 percent increase in smartphone shipments in Q3 2016, as compared to Q3 last year. Apple’s iPhone shipments have decreased by 5.2 percent during the same period.

What does this all mean? Even though Apple continues to dominate the high-end smartphone segment and is raking in major profits out of the sales, Android smartphones are dominating the much more abundant lower-end categories — albeit making less money because of smaller profit margins. 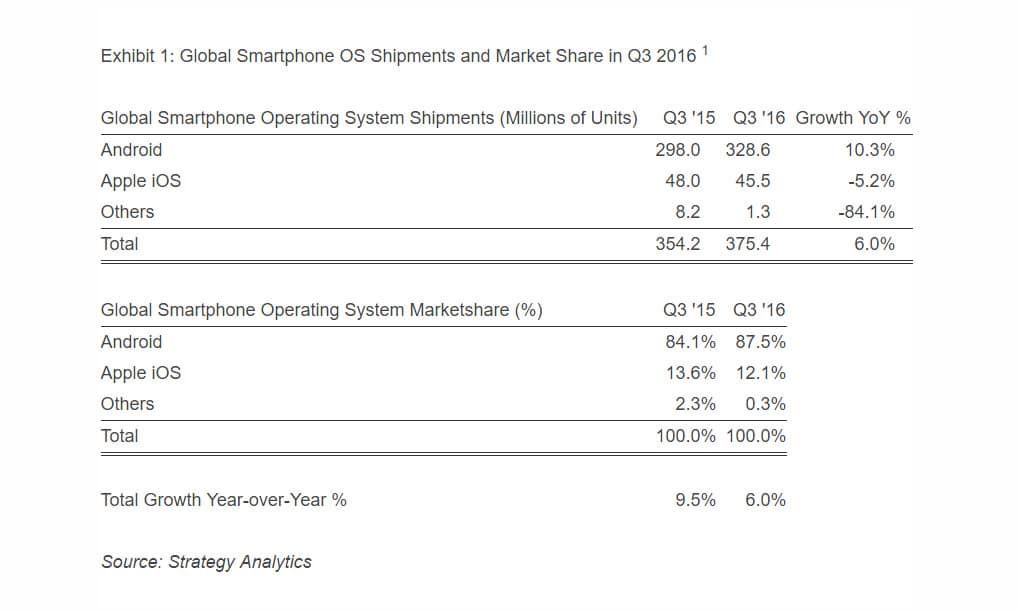 The sad part is the lack of competition outside of those two operating systems. BlackBerry and Windows-powered phones, which comprise the “others,” are practically nonexistent now, after experiencing a 84.1 percent year-over-year decrease in smartphone shipments.

Otherwise, smartphones are doing pretty well in general. With a six percent growth in shipments since this time last year, consumers are more reliant than ever on all-in-one pocket computers.

In related news, Windows-powered tablets are doing better than ever. The same Strategy Analytics report claims that although tablet shipments are lessening with a 10 percent year-over-year slump, Windows slates now have a 16 percent market share, which is 25 percent better than last year’s number.

This doesn’t sound great compared to the current 64 percent share of Android tablets and 20 percent mark of iPads, but it proves consumers are now choosing productivity over entertainment when it comes to larger-sized mobile devices.