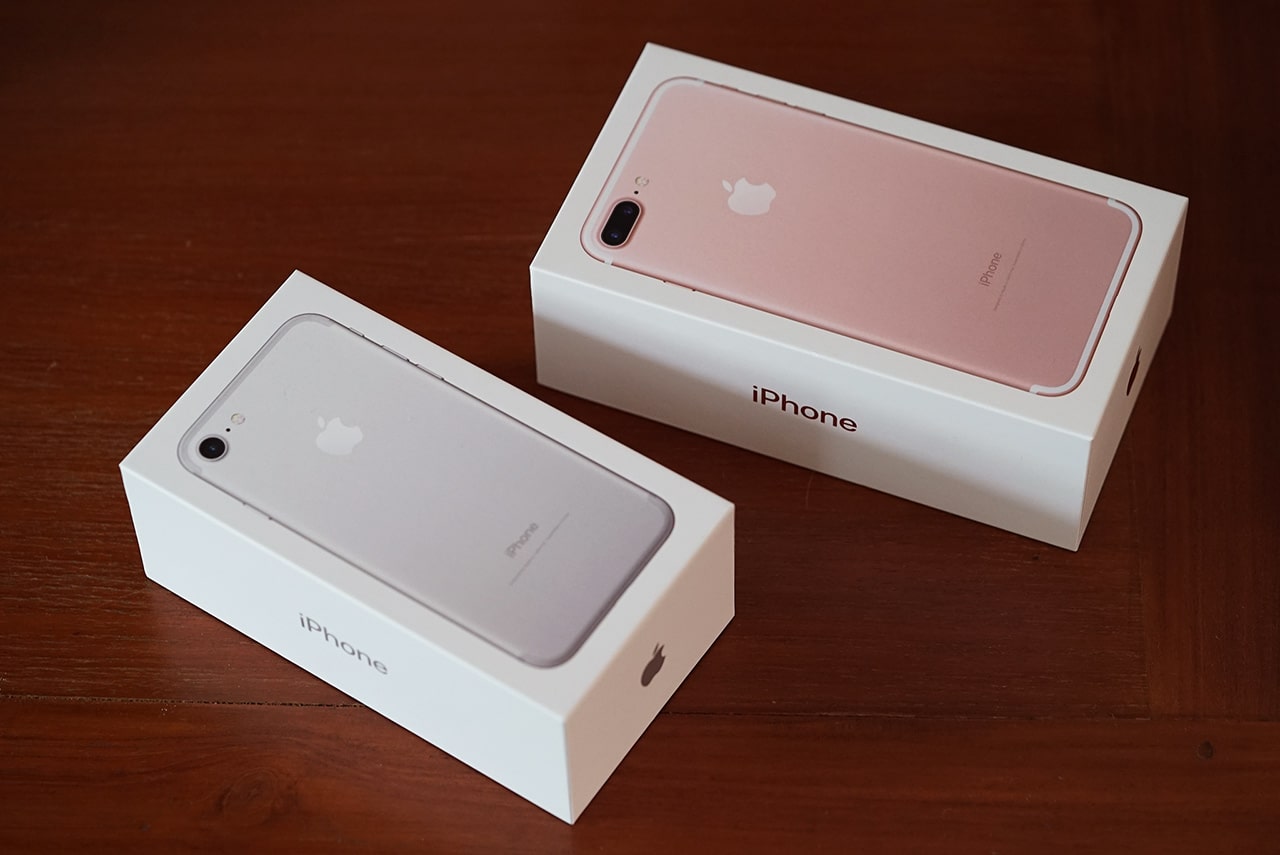 Another year, another iPhone release. This year, as has been the case the past two years, we’re getting two models: the iPhone 7 and iPhone 7 Plus.

They’re basically two variants of the same phone — one bigger and more unwieldy than the other — except the Plus model is equipped with two rear cameras instead of one, and has upgraded software and hardware to showcase its new capabilities. The size difference and dual-lens system aside, both new iPhones share the same DNA across color and storage options.

The standard box isn’t too different, with the exception of the jet-black iPhone, which comes in a swanky, color-coordinated box. Inside the retail packaging, you’ll find the iPhone itself; Apple’s documentation just beneath the phone; a pair of Lightning earbuds but minus a case; a sync cable; a wall adapter; and a new adapter for connecting third-party earphones and headphones — it’s all pretty much par for the course. 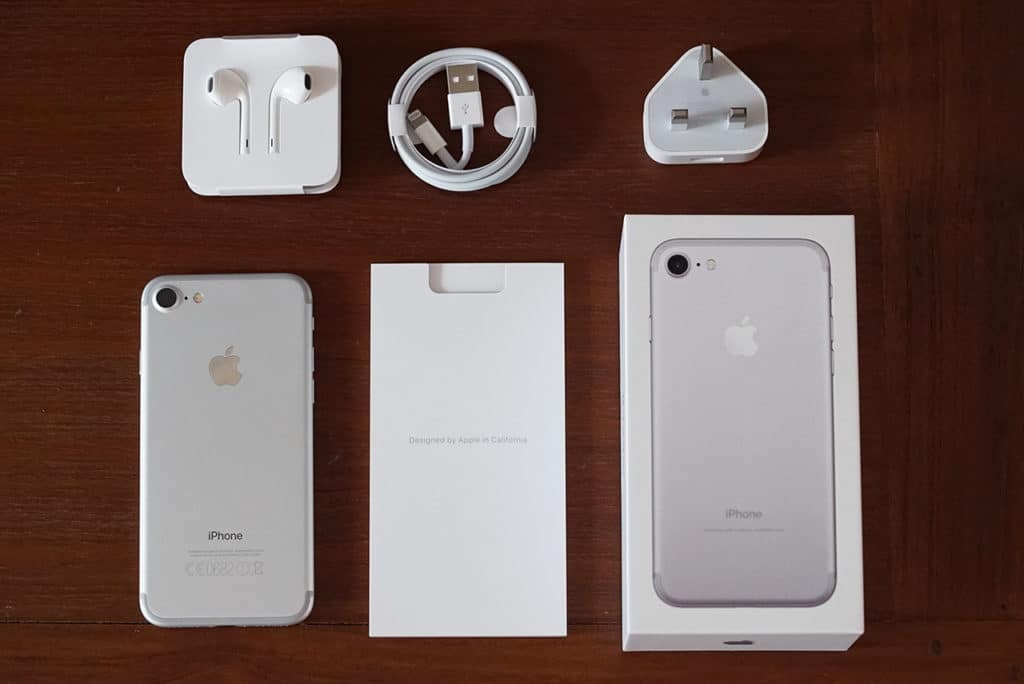 And, yes, the headphone jack is hitting the road in a bid to move the industry forward to wireless technologies. AirPods be (possibly) damned. According to Apple, the Lightning port was always meant for something more. Maybe now Apple can show us what it can do with the proprietary port. And let’s face it: Headphone wires, however colorful and thin and seemingly unobtrusive, are the devil, and we can live without them. 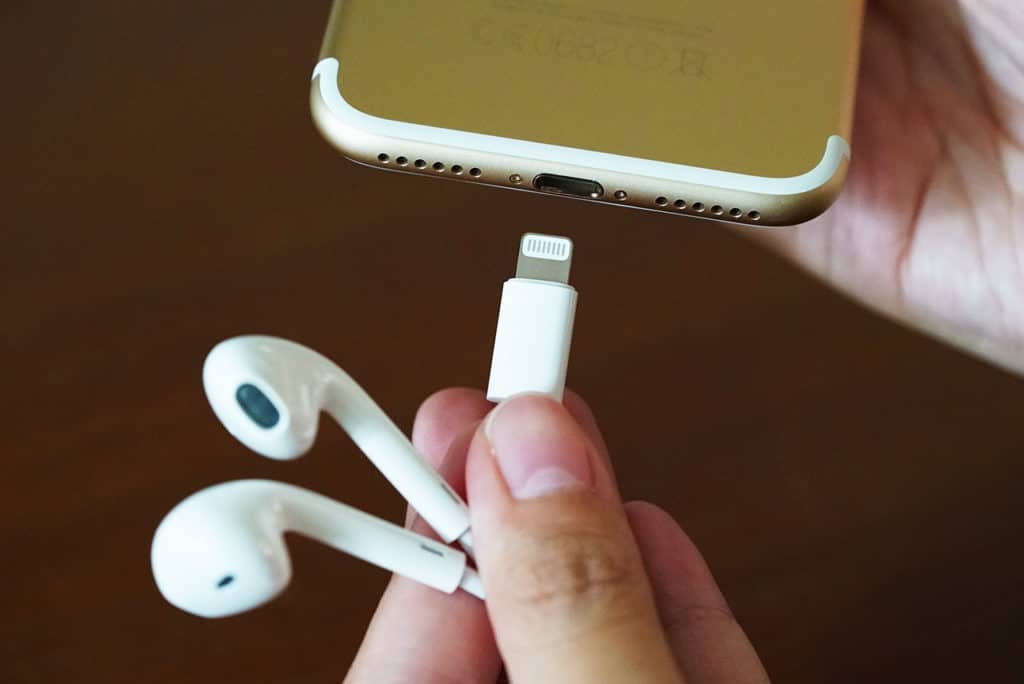 Another thing we can all agree on: Those unsightly antenna bands on the iPhone 6/6s needed to go. For the most part, Apple has done a solid enough job of obscuring them this year, particularly on the black iPhones; it’s virtually impossible to pinpoint where they are on the jet-black model without taking a closer look.

And while we’re on the subject of Apple’s decision to go back to black, we don’t recommend you buy into the hype at all. It looks great, sure, but it also picks up fingerprints and scuffs easily. If the temptation is too great, then at least pair it with some decent protection.

What else is new?

The home button is touch-sensitive now, though we really should stop calling it a button. Technically, it’s a glass surface with a sophisticated array of sensors and vibration motors underneath. Apple says the technologies built into the hardware should simulate the experience of pressing a real button. While we agree to a certain extent, we do miss the mechanical click of the old button. Some will appreciate the switch, some won’t, and some will hate it. 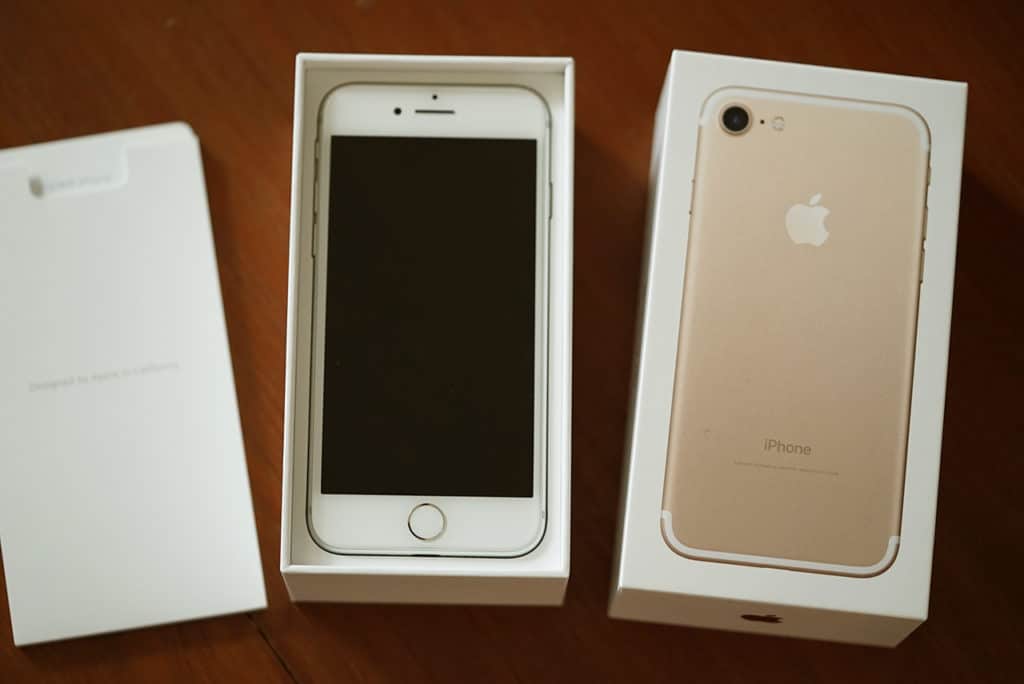 Another thing that’s changed about the iPhone is that its less prone to liquid damage. The iPhone 7 and iPhone 7 Plus are now officially dust- and water-resistant, though we still wouldn’t recommend getting one wet. In other words, don’t take it for a swim on purpose.

The displays, though just as big, have improved as well, now better at rendering colors. The new stereo speakers — one at the bottom of the phone, the other built into the earpiece — are noticeably louder and fuller-sounding in the treble frequencies.

The rear and front cameras of the iPhone 7 have been improved as well, with the latter getting a faster f/1.8 lens and image stabilization for sharper images in low light. The FaceTime camera has been bumped up to 7 megapixels from 5.

The biggest breakthrough, however, is found on the back of the Plus version. It adds another 12-megapixel telephoto camera with a f/2.8 56mm telephoto lens capable of real 2x zoom with just the tap of a button. An upcoming software update promises bokeh effects and shots with incredible depth of field. 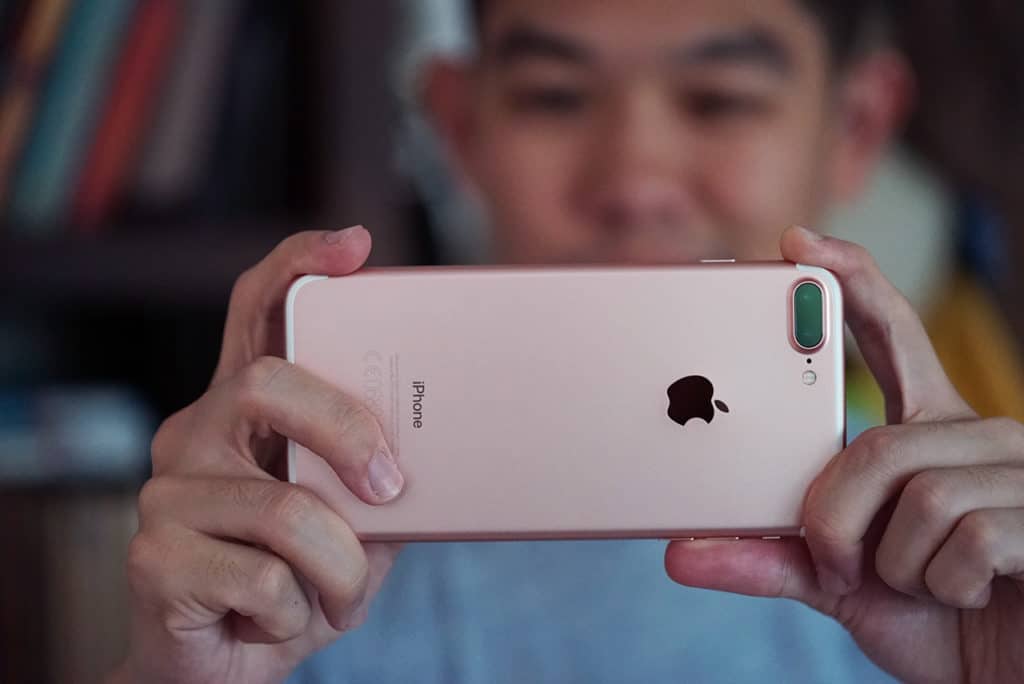 We’ll be posting an in-depth look at the iPhone 7 Plus’ rear cameras shortly, so do check back with us then for our analysis.

Speed has never been an issue for new iPhones, and this year, it’s no different; these phones are relentlessly fast, maybe faster than the iPad Pro models. But then again, we’ll probably find ourselves saying the same thing next year when the new ones are out, with better internals than any other phone Apple has ever shipped. 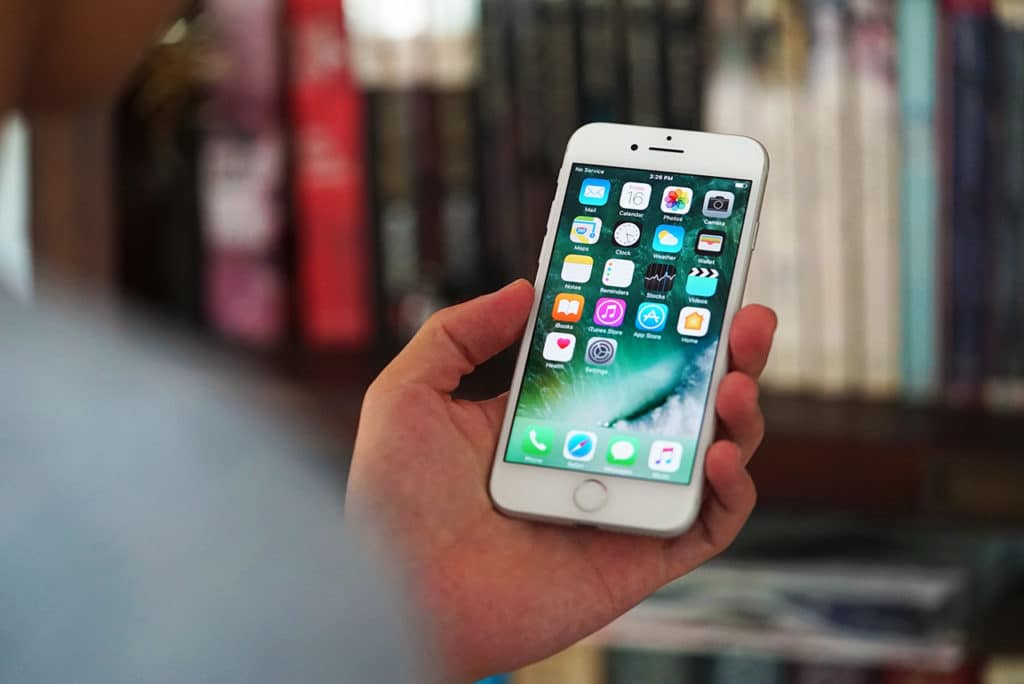 The iPhone 7 and iPhone 7 Plus are also said to be more power-efficient, though we haven’t put one through its paces yet. We’ll have more to say about battery life in our review, so do stick around for that.

The pressure is on Apple to deliver this year, and with the iPhone 7, it has; they may not look like it, but the new phones are much improved across the board compared to what came before. They’re still fantastic phones, two of the best we’ve used all year.

But they’re also a bet on a future with few guarantees. Can I keep the jet-black iPhone in pristine condition? (Dollars to donuts, you can’t.) Will wireless headphones be cheaper and sound better two years from now? Is the forthcoming camera update going to be as good as Apple says?

Apple’s iPhone 7 and iPhone 7 Plus start at $649 and $769, respectively. Both are now available online and in stores. 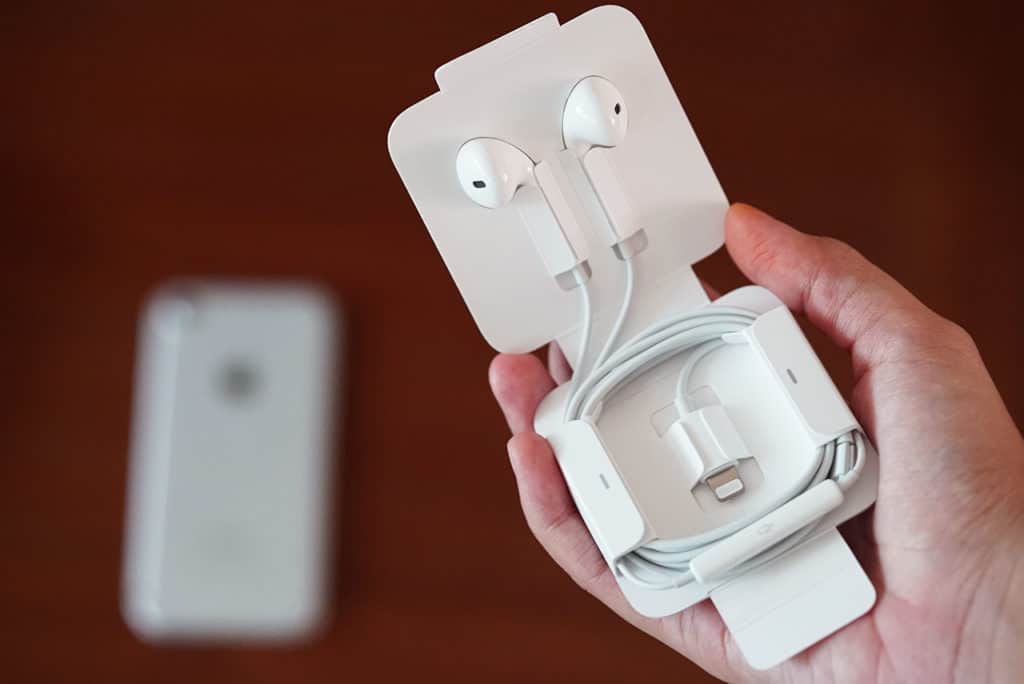 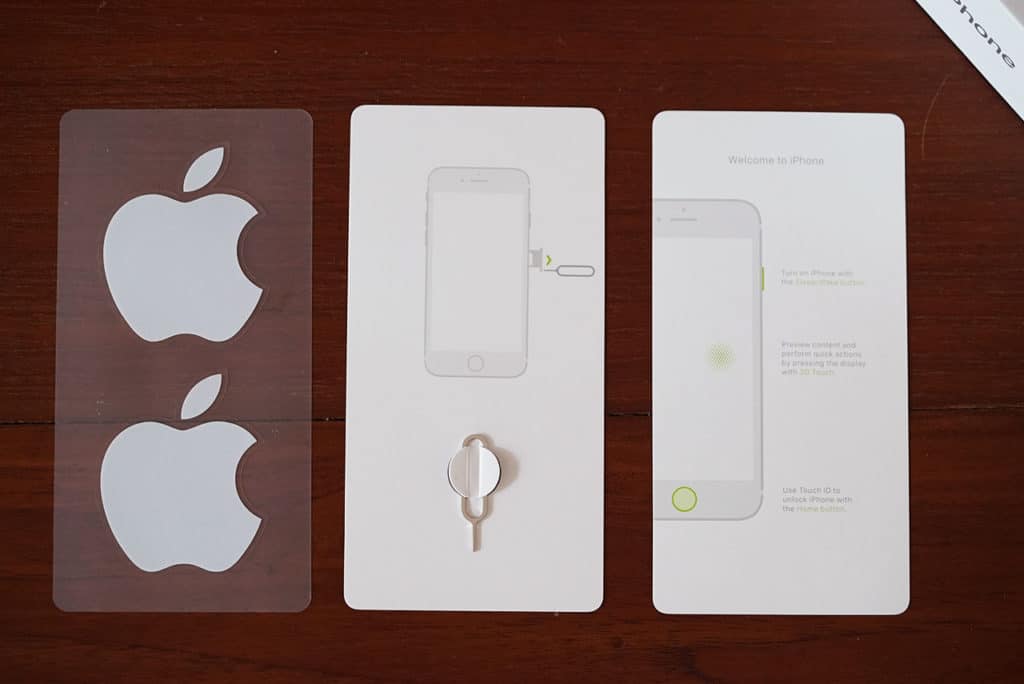