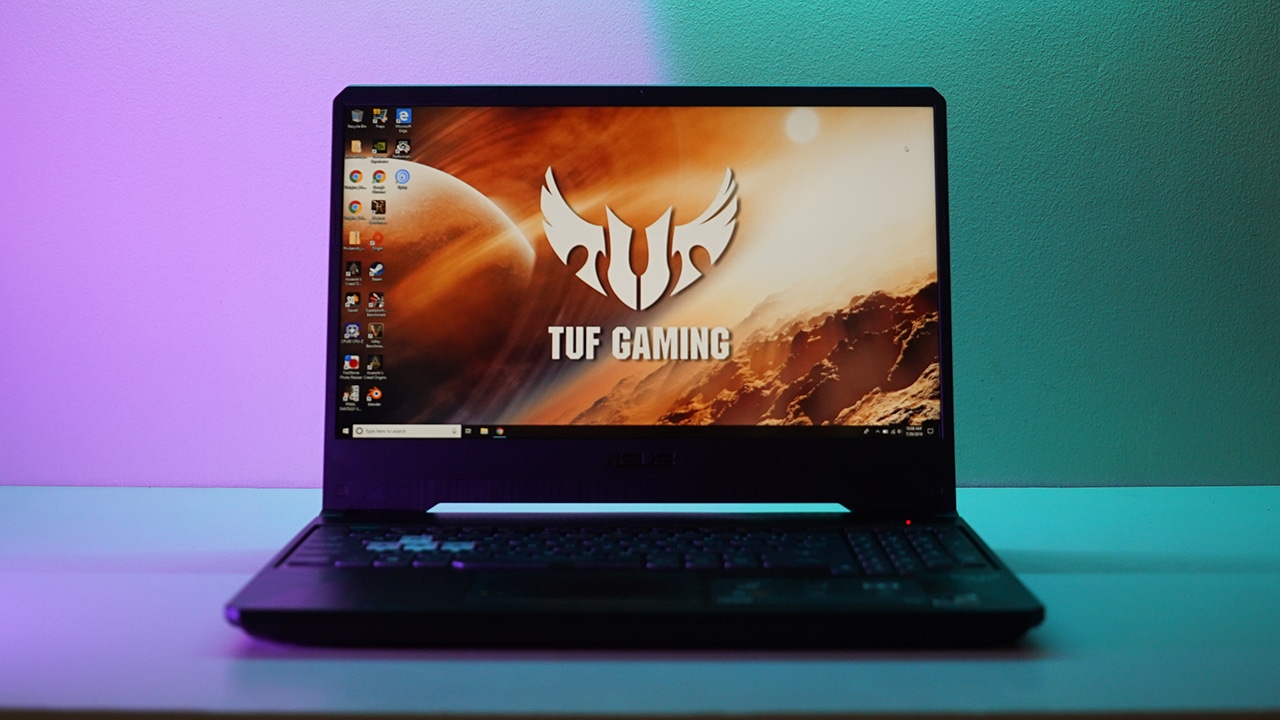 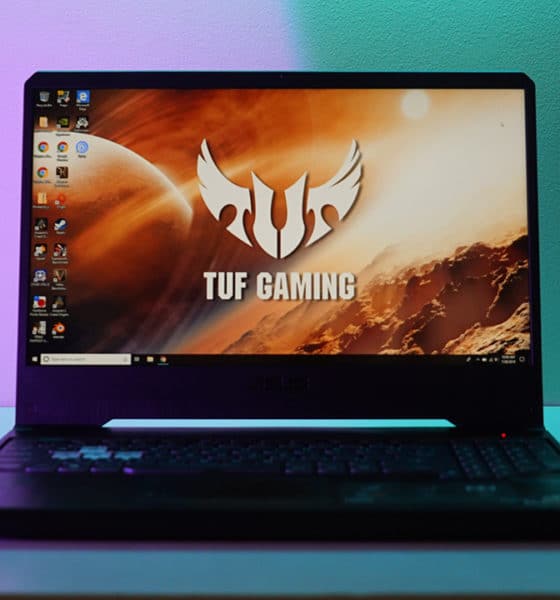 Striking a balance between performance and affordability

We’ve got our hands on the ASUS TUF Gaming FX705 and the TUF Gaming FX505DY so you’re probably familiar with how the TUF Gaming series positions itself as the middle ground that offers premium features but with a more affordable asking price.

Another model from the same series has reached our headquarters. This time it’s the TUF Gaming FX505DU which is a newer model in the family. That single letter difference in the model name (DY to DU) suggests that it’s almost the same, with slight differences here and there. Let’s check out what those are.

It’s done with a polycarbonate body 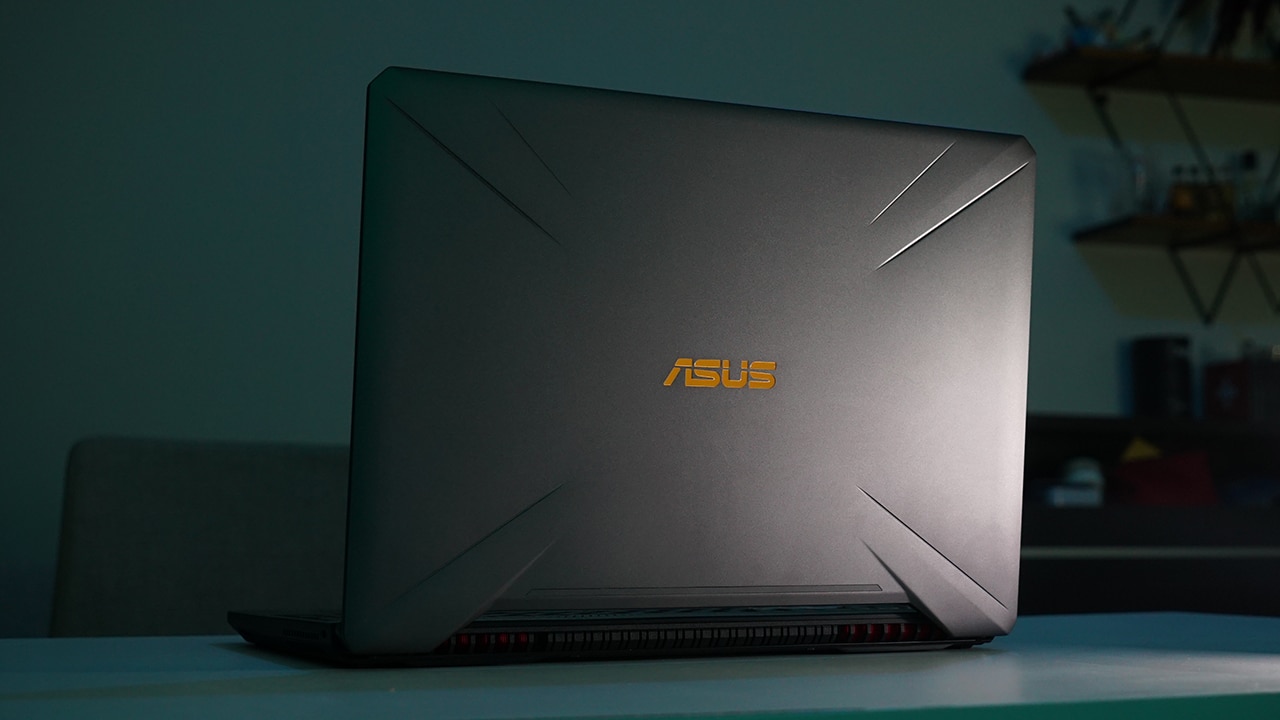 Instead, goes for a more premium metallic shell 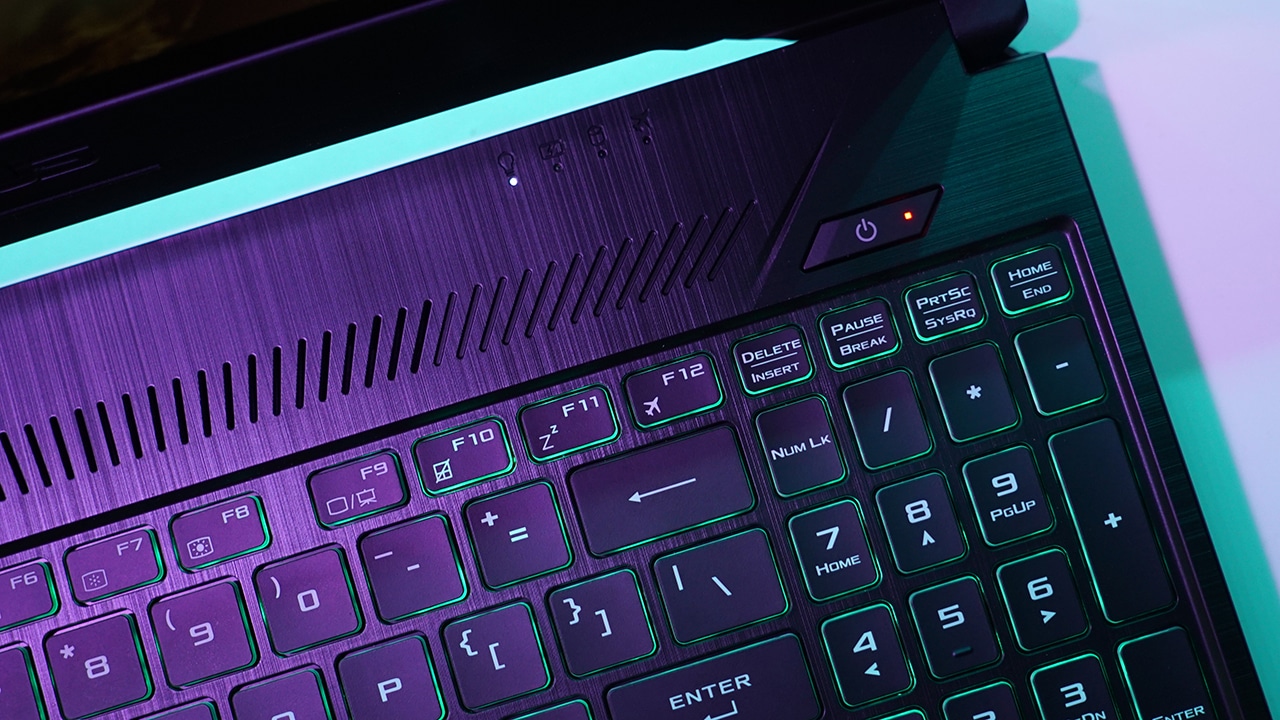 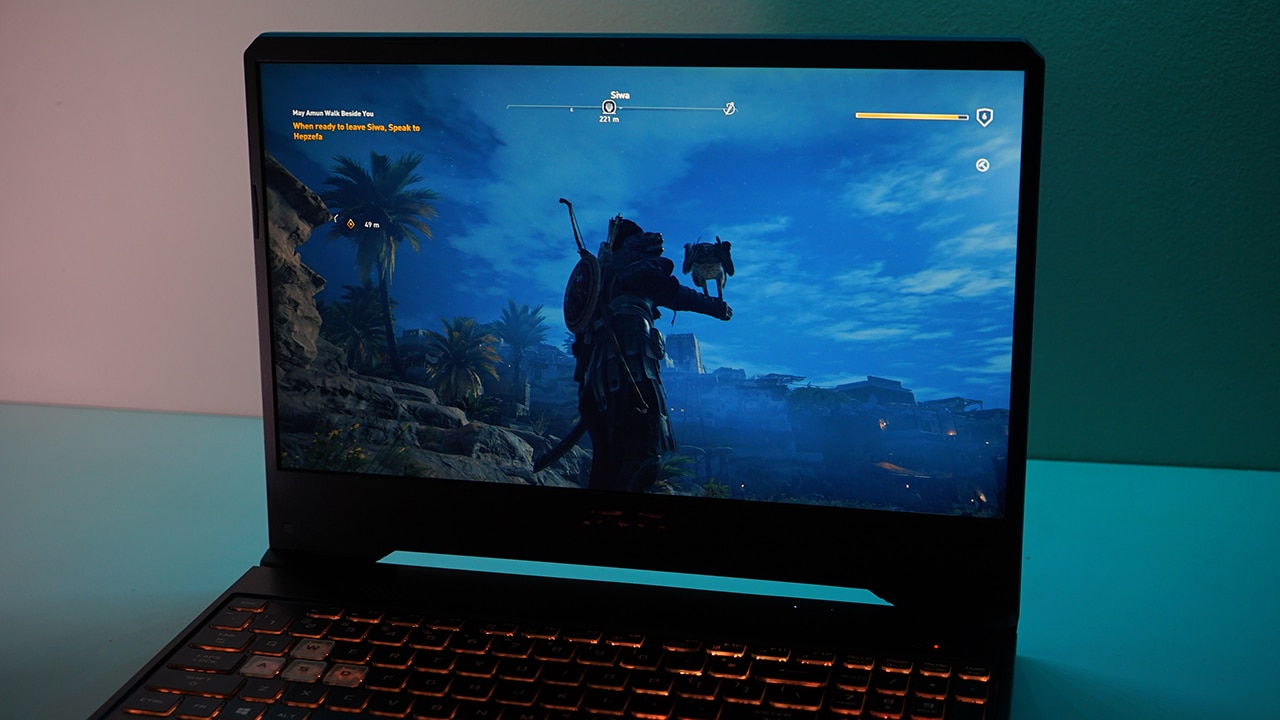 Also with slim side and top bezels 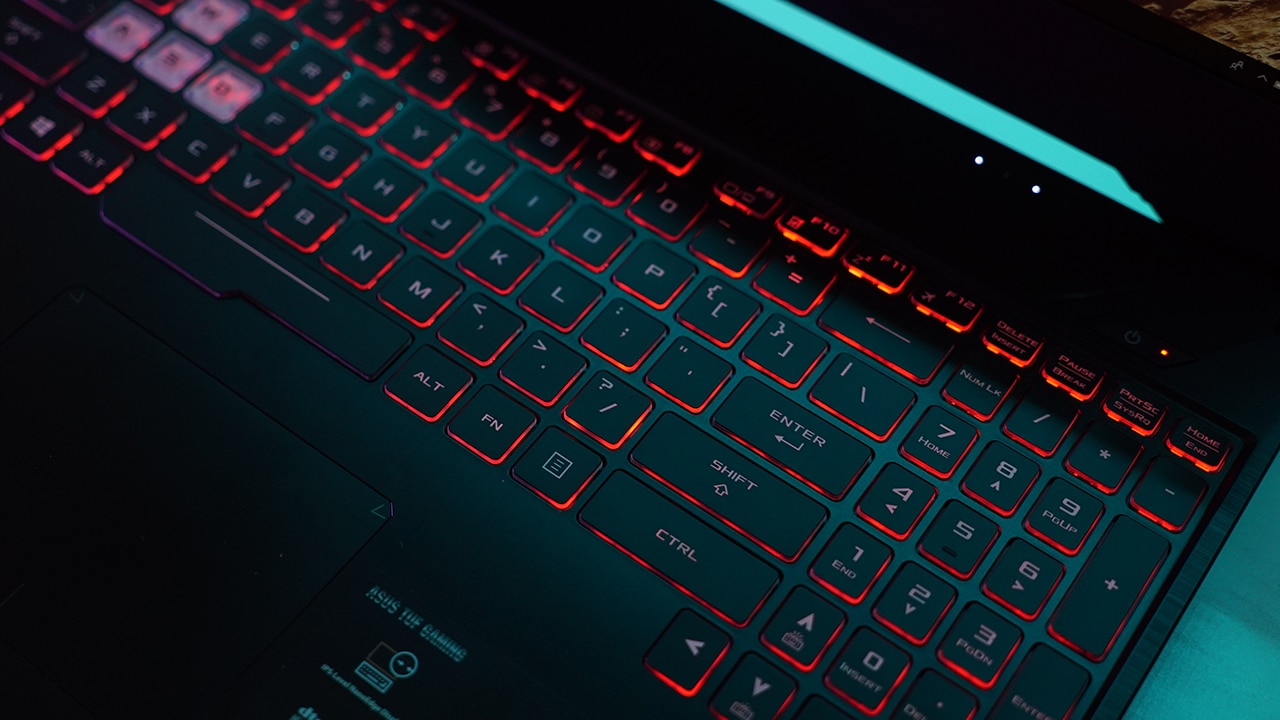 Although this one has RGB color going on

There are distinct WASD keycaps as well 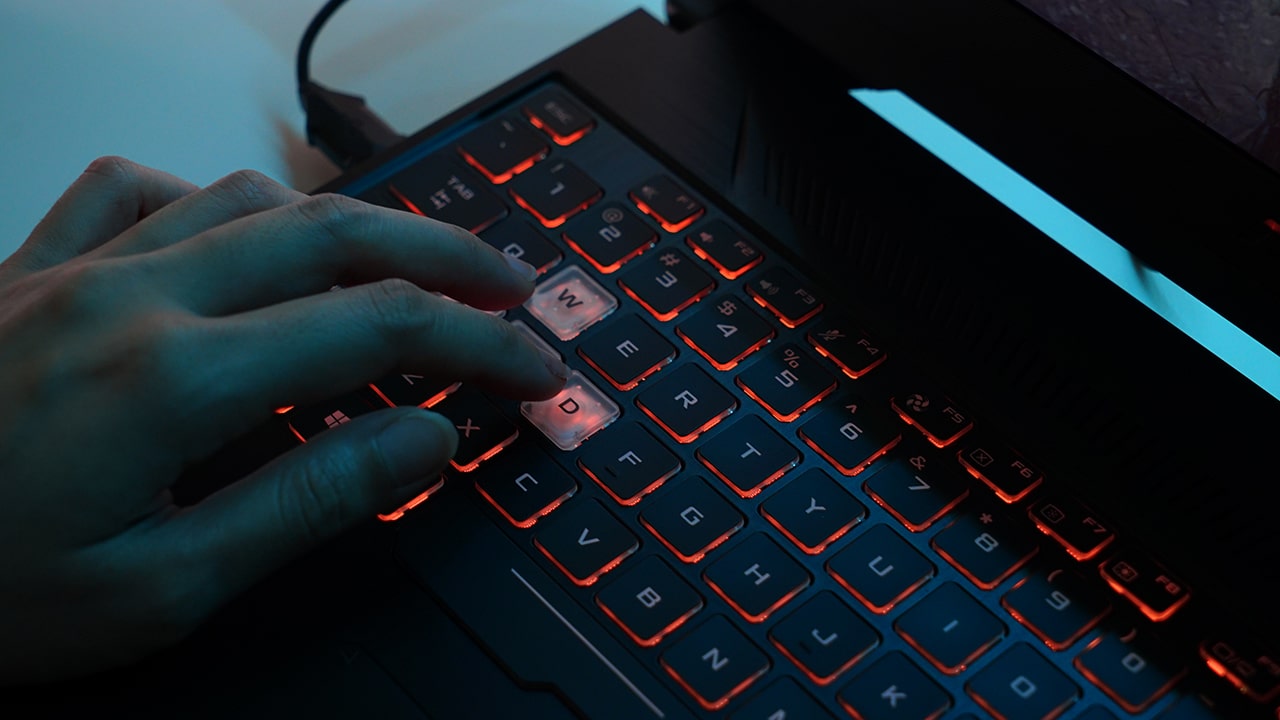 Loudspeakers are located at the bottom 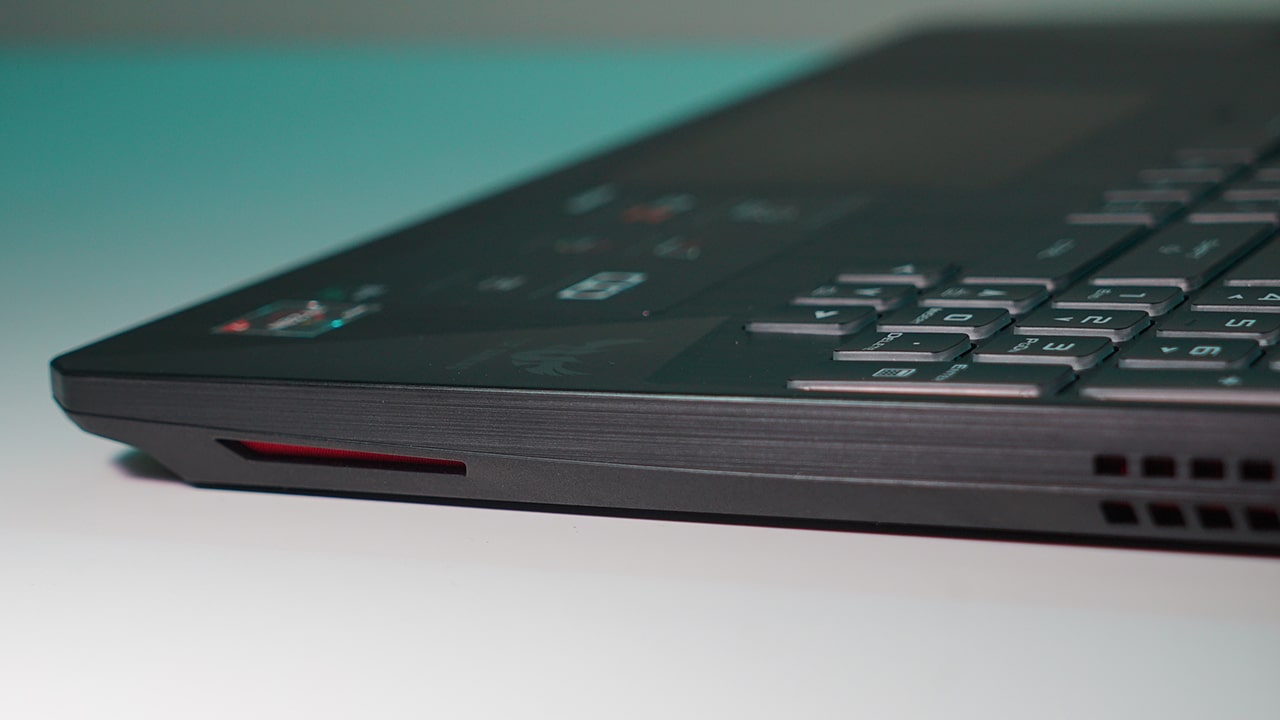 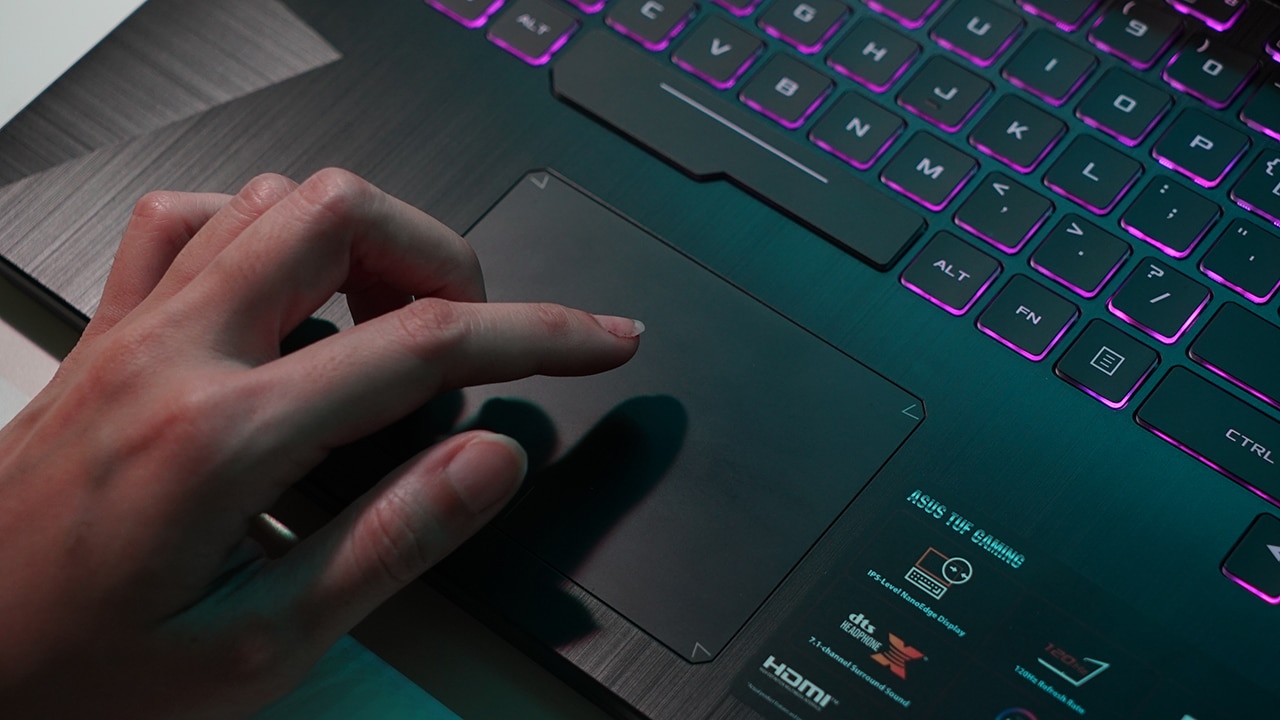 All the ports remain on the left 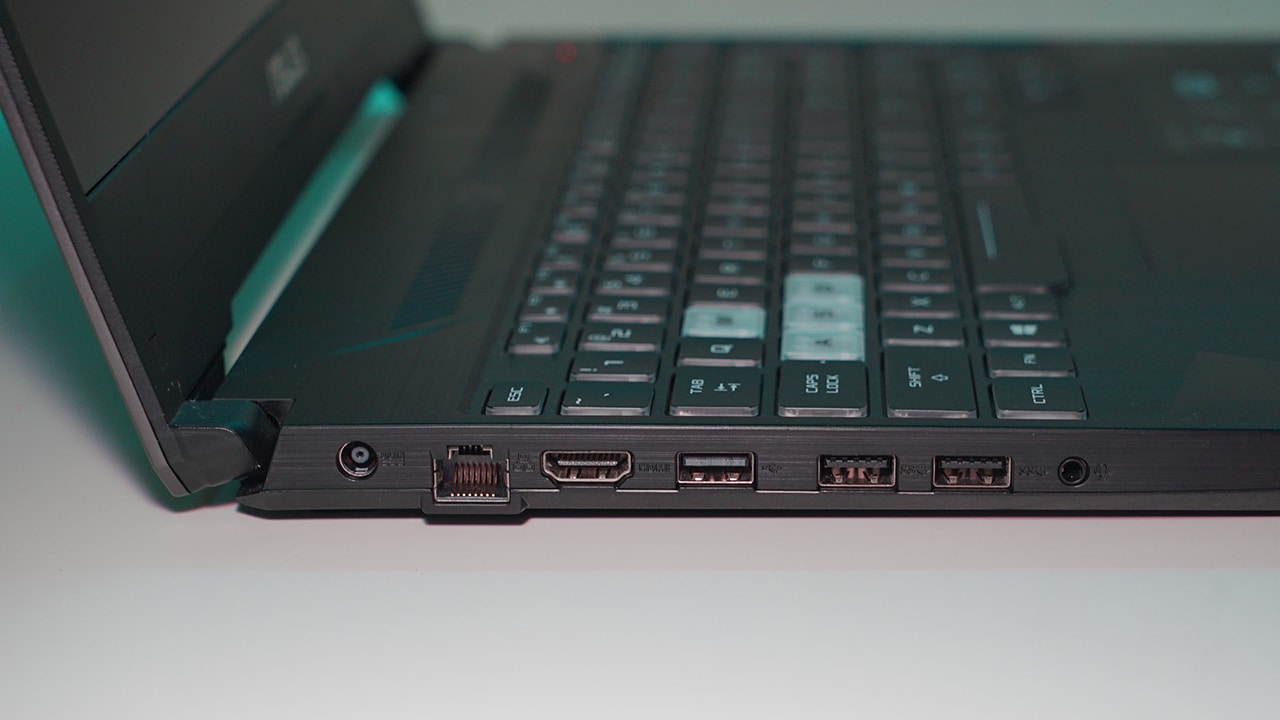 Leaves space when using a mouse on the right

A little subtle on the design, but…

The FX505DU, like its siblings, isn’t as flashy as the company’s more expensive ROG laptops, but it still looks like a gaming rig nonetheless. The lid is plain and straightforward but with that ‘X’ pattern that suggests it’s no common office laptop.

Once you open the lid, the brushed metal design seen on the body makes it look premium. It still has a large chin, but it isn’t much of an eyesore as the slim top and side bezels surrounding its Full HD display will catch your attention right away. 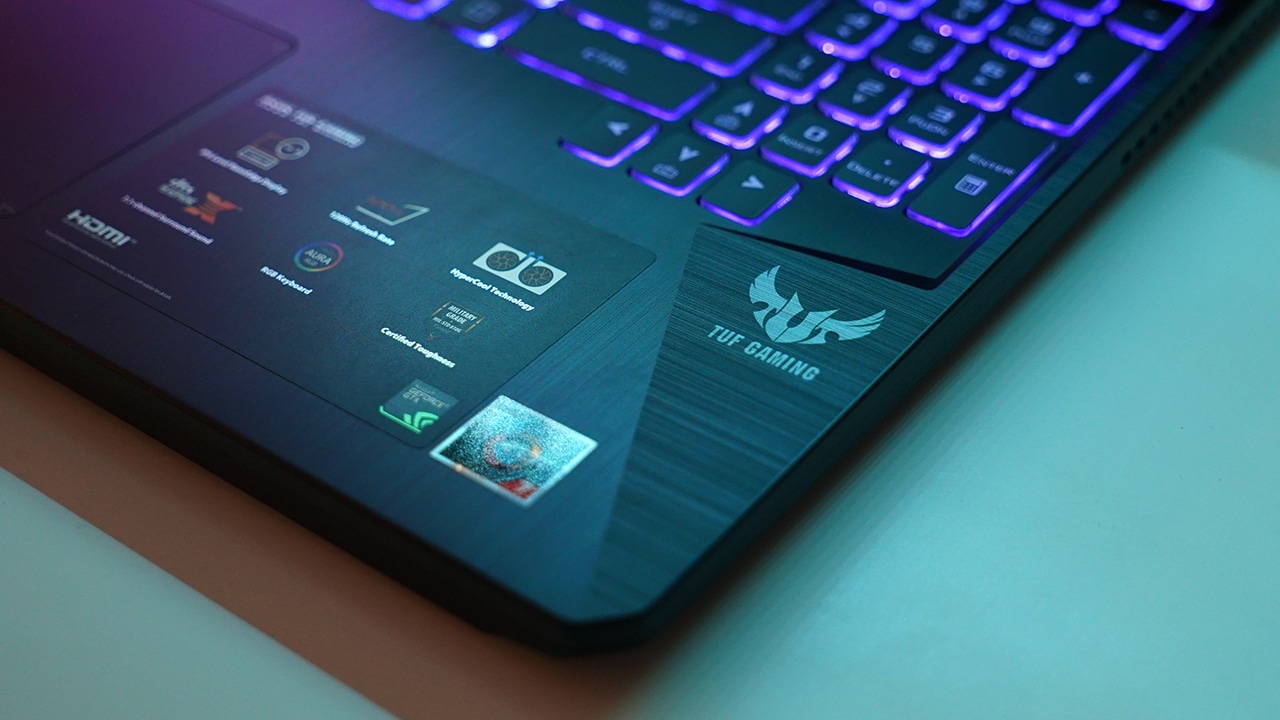 There’s also a webcam for video calls positioned on top so that’s a good thing. When it comes to typing, we don’t have any major qualms about it but I personally could use a bit more travel for the keys. It comes with two USB 3.0 ports, a single USB 2.0, an HDMI, and a 3.5mm audio jack.

Overall, build quality is something that I like about this model as it has been certified to pass military-grade stress tests. Factor in the cool RGB backlighting and its edgy design and you have a good-looking yet tough gaming laptop.

Play wherever you go

Inside, it packs an AMD Ryzen 7-3750H which is then partnered to NVIDIA’s GeForce GTX 1660Ti. Together, they are a combo for fast and satisfactory performance while its 8GB RAM proved sufficient for day-to-day tasks. If needed, the memory could be modified up to 32GB for even snappier performances.

It runs Windows 10 Home out of the box and as for storage, it comes with a 1TB HDD plus a 256GB SSD. 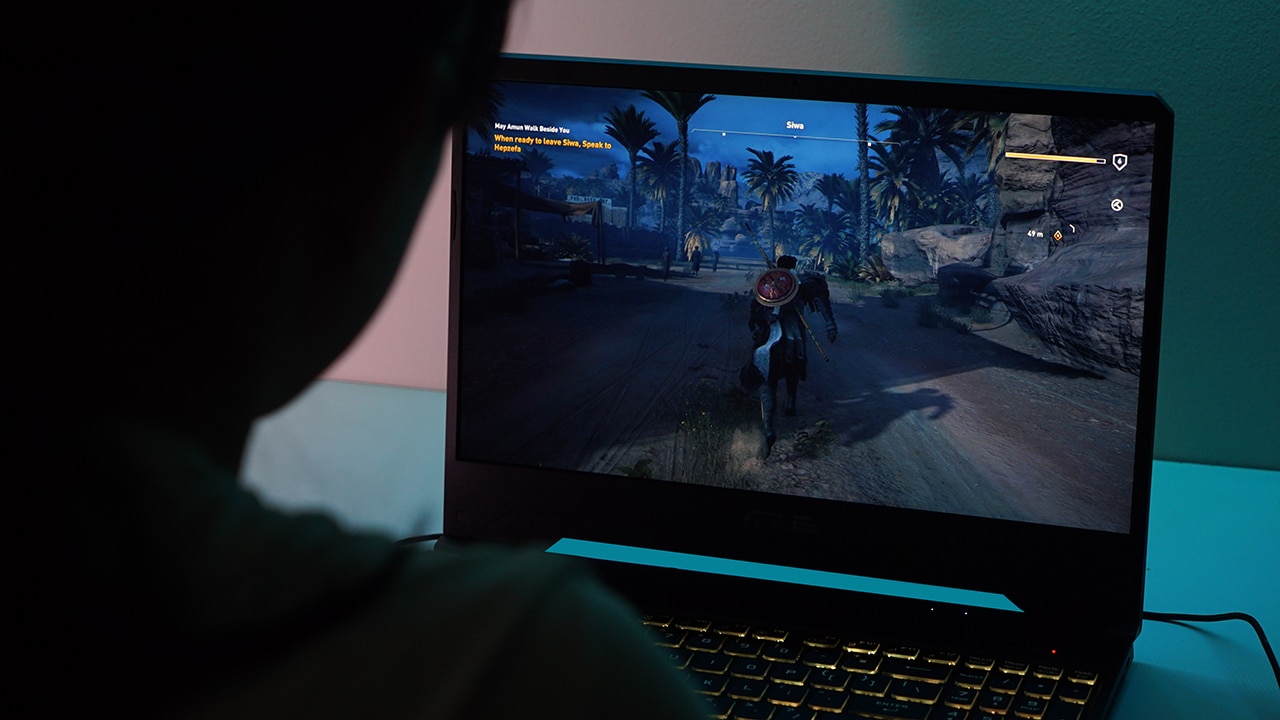 We’ve tried a couple of games on it like Assassin’s Creed: Origins and battle royale titles like Fortnite and CS:GO — just like we did with the previous FX505DY. We’re happy to report that it could handle them easily but noticed a few lags here and there especially when there was a lot of movement happening. Not enough to affect the gaming performance, though, but we thought we’d just let you know.

The built-in loudspeakers sound decent and come with DTS Studio Sound to tweak and make the quality better. Still, it might not be for players looking for high-quality audio and you’d still be better off with dedicated gaming headphones plugged in.

It’s true that more expensive gaming rigs provide better gaming experience, but what ASUS is going for here with their TUF Gaming series is to strike the balance between performance and affordability.

With the FX505DU and its PhP 71,995 price tag, it offers a competitive gaming experience with 120Hz display, slim bezels, more premium materials, and internals that will ensure you have what you need to be able to have immersive gameplay wherever you go.