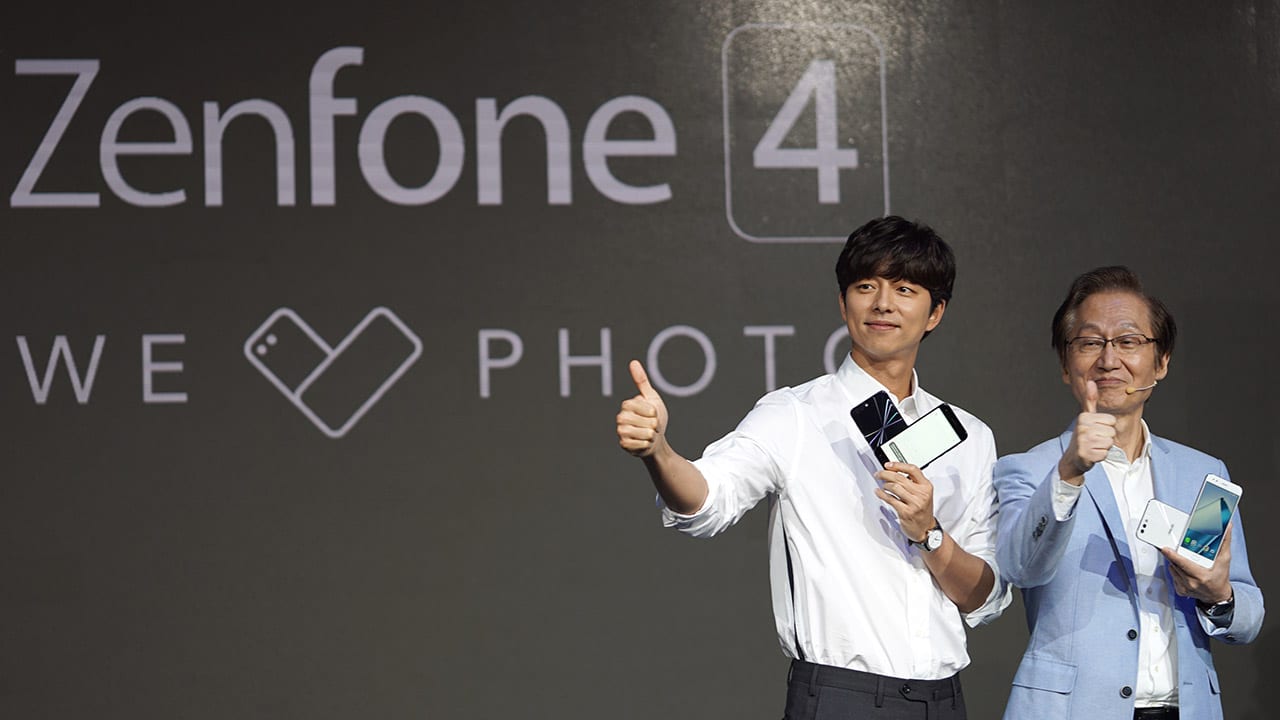 ASUS hasn’t shied away from teasing its next-generation ZenFone 4 lineup for the past few weeks, but all that build-up ends now. The ZenFone 4 series is finally here, bringing with it several variants for all sorts of markets.

Those don’t include the minor variations some of these models possess. Already confused? Let’s break them down: 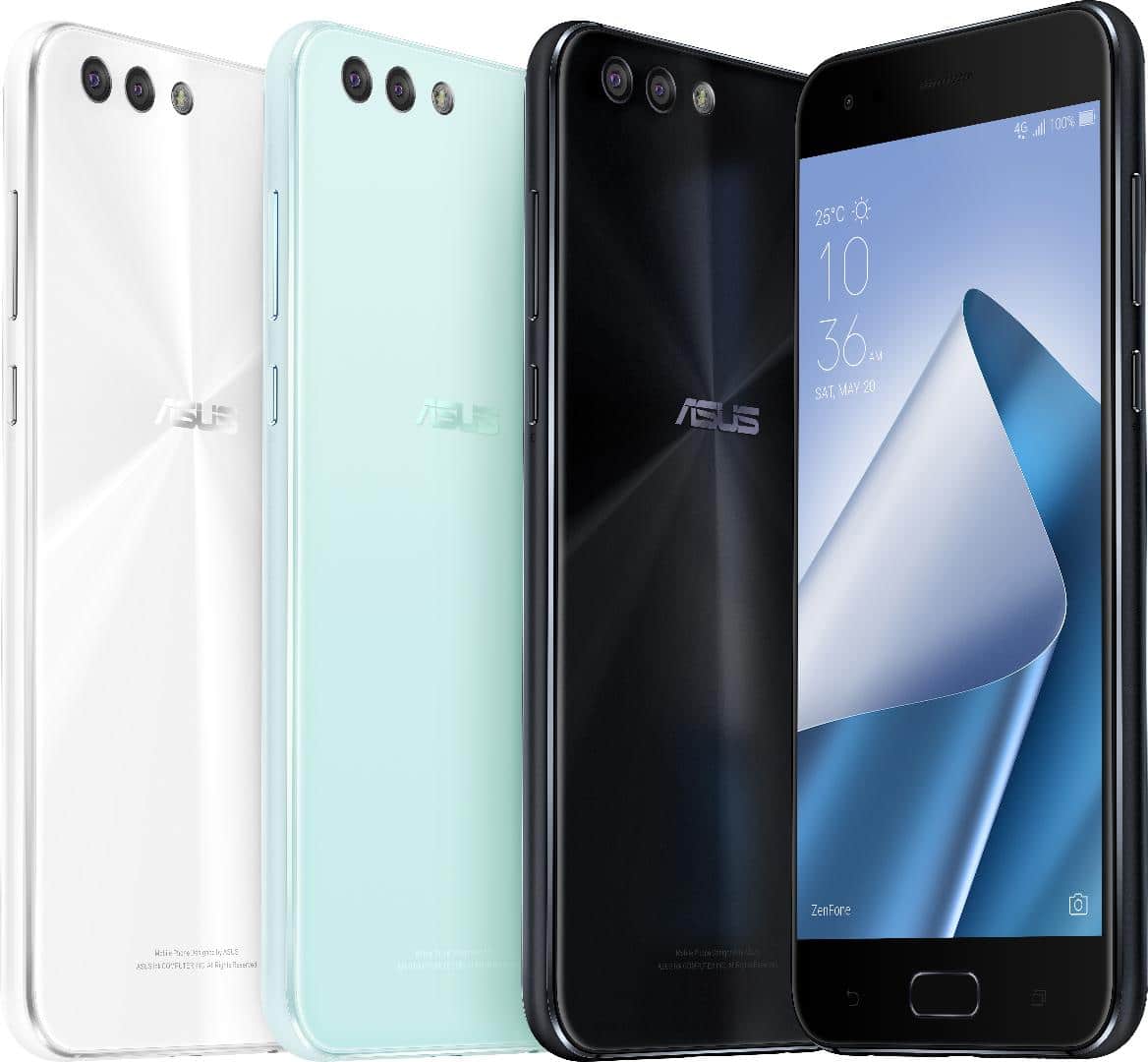 Despite being the torch bearer of the new lineup, the ZenFone 4 is in fact a midrange smartphone. That’s because it makes use of one of Qualcomm’s new efficiency-first processors — either the Snapdragon 660 or 630. So yes, there are two versions under its name, but the one equipped with the Snapdragon 660 will be slightly faster.

The rest of the specifications are what you’d expect from a phone of this caliber: a 5.5-inch Full HD LCD, up to 6GB of memory and 64GB of storage, and 3300mAh battery. What makes this special compared to the ZenFone 3 is its dual-camera system, wherein in the secondary 8-megapixel sensor delivers wider-angled shots compared to the primary’s 12-megapixel shooter. There’s another, single 8-megapixel camera on the front. 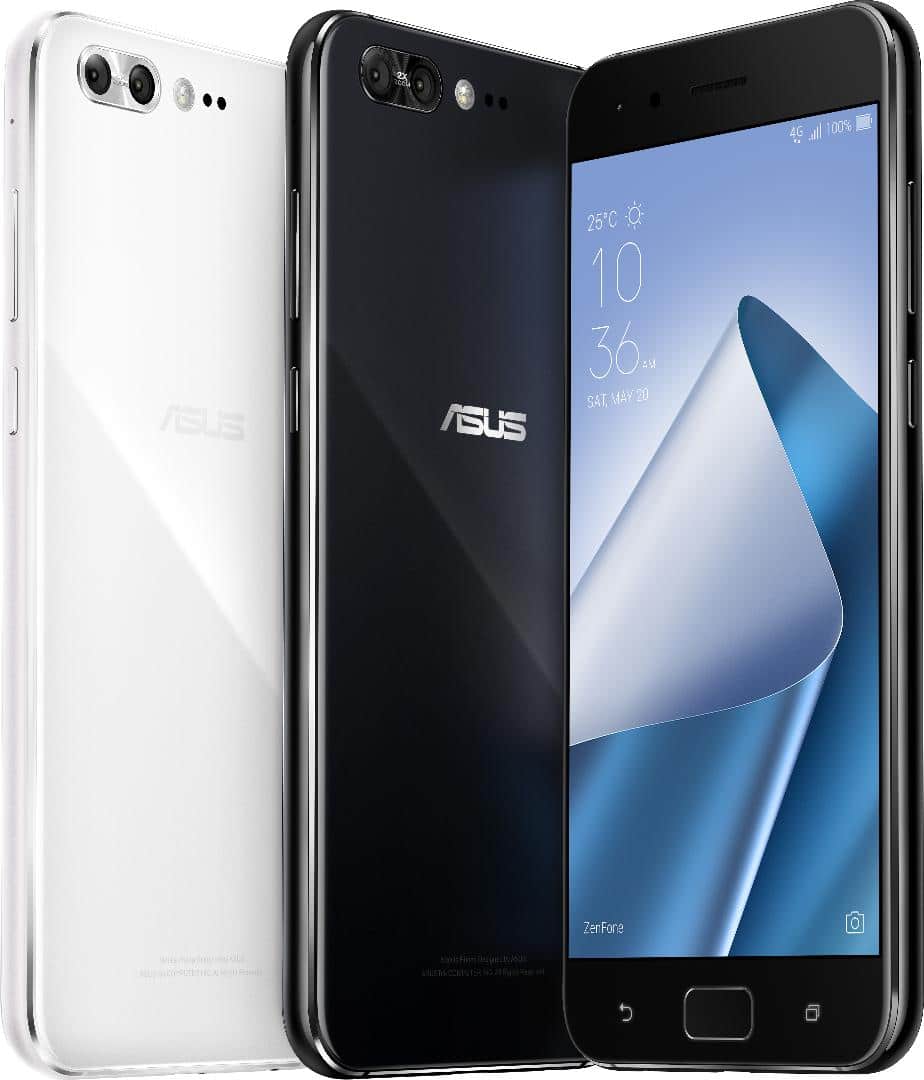 As the top-of-the-line model, the ZenFone 4 Pro has something the others don’t: Qualcomm’s best processor to date, the Snapdragon 835. That’s a big deal, because that puts this phone in line with the likes of the Sony Xperia XZ Premium, HTC U11, and OnePlus 5 — that’s seriously good company to be associated with.

Another special feature is the 16-megapixel secondary camera at the back that’s capable of 2X optical zoom. Combined with the optically stabilized 12-megapixel shooter and 8-megapixel selfie cam, we’ve got all bases covered. Sealing the deal are the 5.5-inch Full HD AMOLED, 6GB of memory, 128GB of storage, and 3600mAh battery.

As expected, it’s the costliest of the bunch. We’re looking at a price tag of US$ 599. 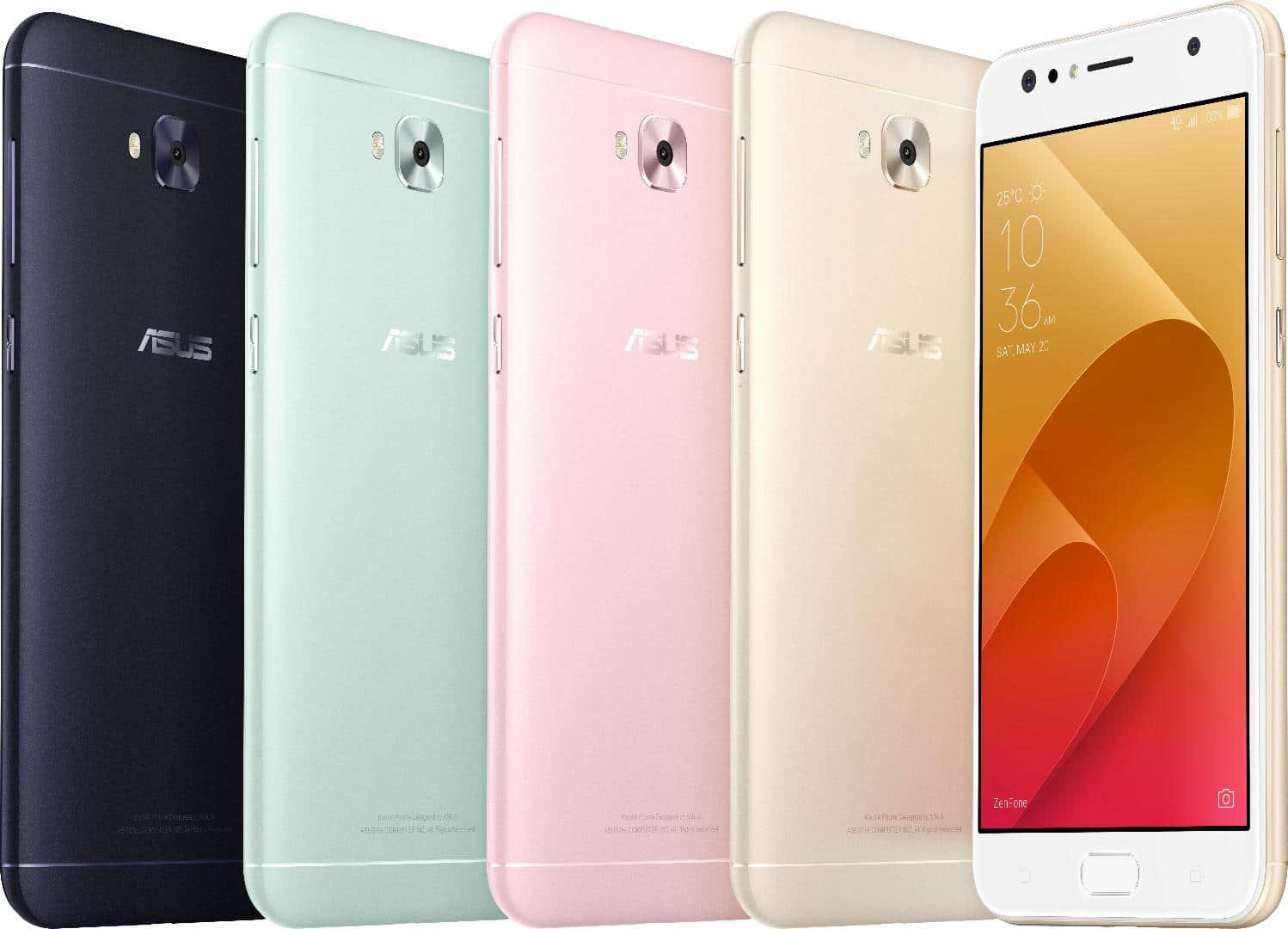 ASUS has finally brought its Selfie series back after total absence from the ZenFone 3 line. Like the aforementioned models, the 5.5-inch ZenFone 4 Selfie has a pair of side-by-side cameras — except this time, they’re in front.

The main selfie shooter offers a large 20-megapixel resolution, while the secondary lens provides wide 120-degree photos to fit more people into a shot. There’s a front-facing LED flash, as well, and its 16-megapixel rear camera is on its own, but should be enough for daily grinds. A lower-end Snapdragon 430 chip powers the phone, along with 4GB of memory, 64GB of storage, and a 3000mAh battery. 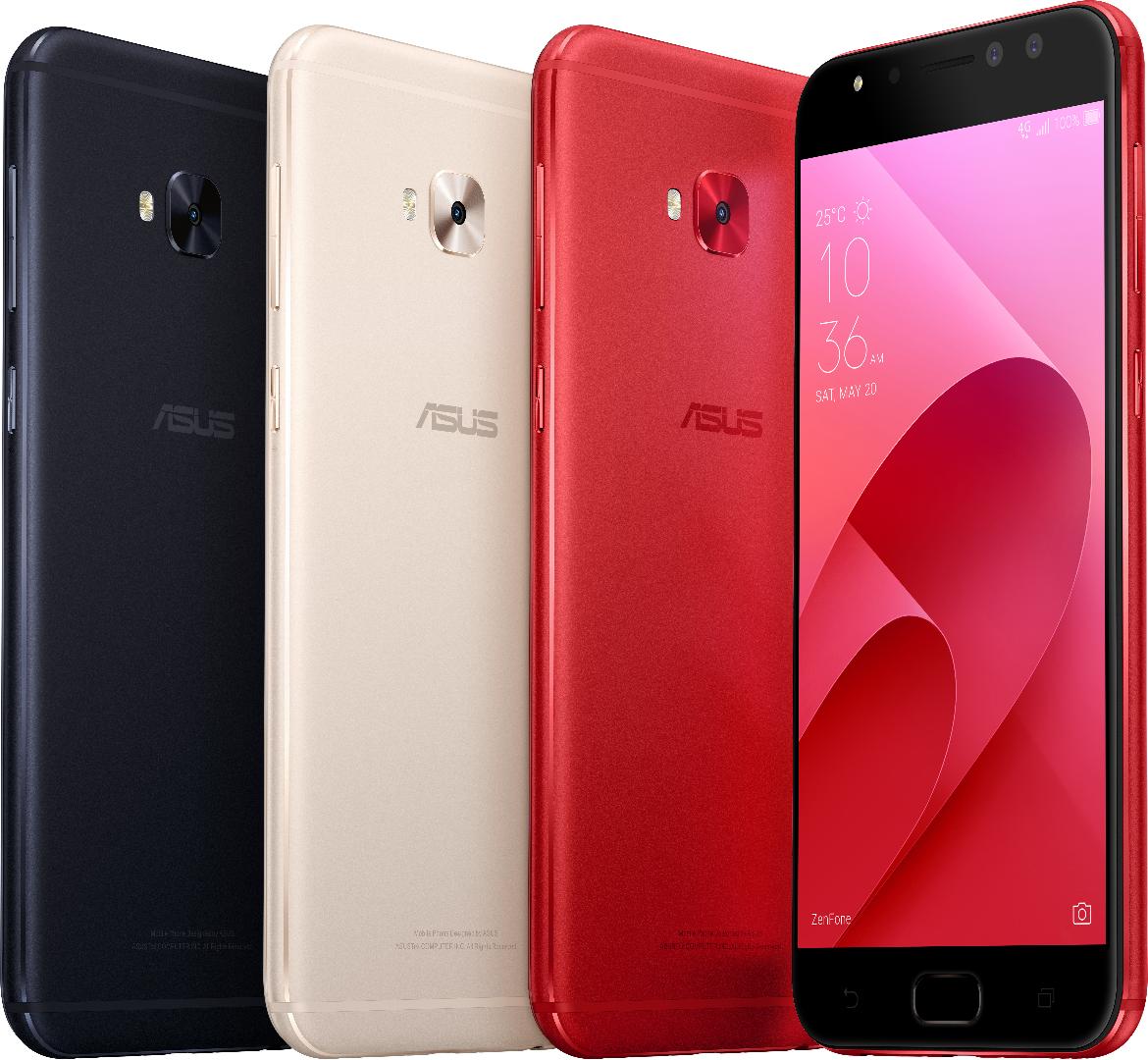 If the ZenFone 4 Selfie isn’t enough to satisfy your vanity, you may opt for the more capable 5.5-inch Selfie Pro. It has a faster Snapdragon 625 processor and DuoPixel front-facing camera technology that combines two 12-megapixel images into a higher-resolution 24-megapixel photo. Wide-angled selfies with the second camera are also possible, and beside it is another LED flash.

Other than that, the Selfie Pro is similar to its non-Pro counterpart. You get the same 16-megapixel rear camera, 4GB of memory, 64GB storage, and 3000mAh battery. In addition, there’ll be a bright red color option available, while the ZenFone 4 Selfie will settle for more basic pink and teal choices. 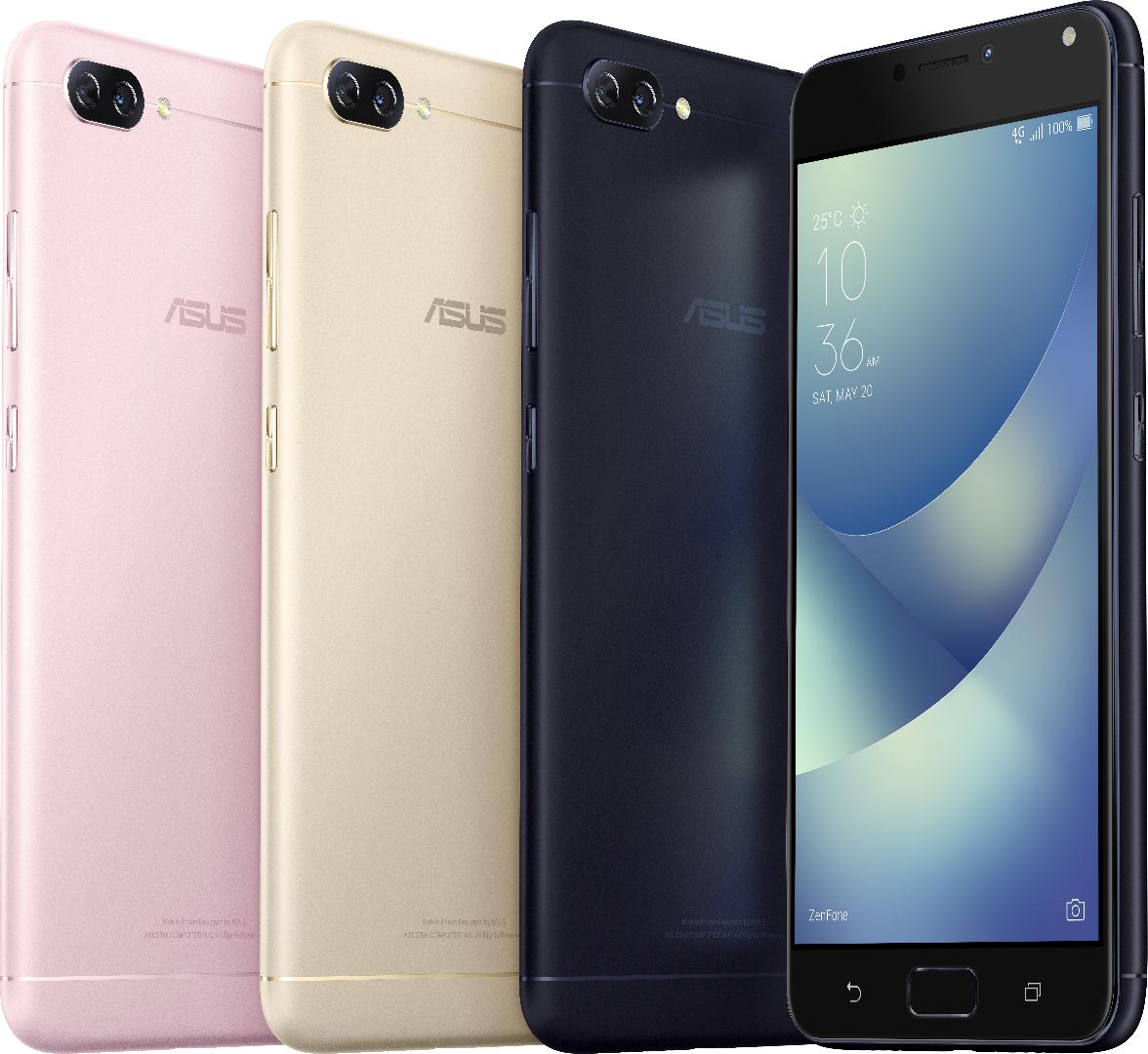 Finally, we have the most budget-friendly of the set, the ZenFone 4 Max. Like its super-popular predecessor, the ZenFone 3 Max, the newer model prioritizes battery life with a 5000mAh capacity. Different this time, however, is the inclusion of a dual-camera setup at the back, which is rare at this price point.

One rear camera is 13 megapixels, while the other handles 120-degree wide-angle shots. The front-facing camera is less special with a single 8-megapixel shooter, but interestingly, there’s a LED flash beside it, as well. Keeping the electronics going is a Snapdragon 430 chipset with 3GB of memory and 32GB of storage under a 5.5-inch HD 720p LCD.

Take note that there’s also a ZenFone 4 Max Pro with a slightly higher-resolution 16-megapixel rear camera. Aside from that, it’s nearly identical to the regular ZenFone 4 Max.

Pricing and availability for all handsets will be added as soon as we get them. 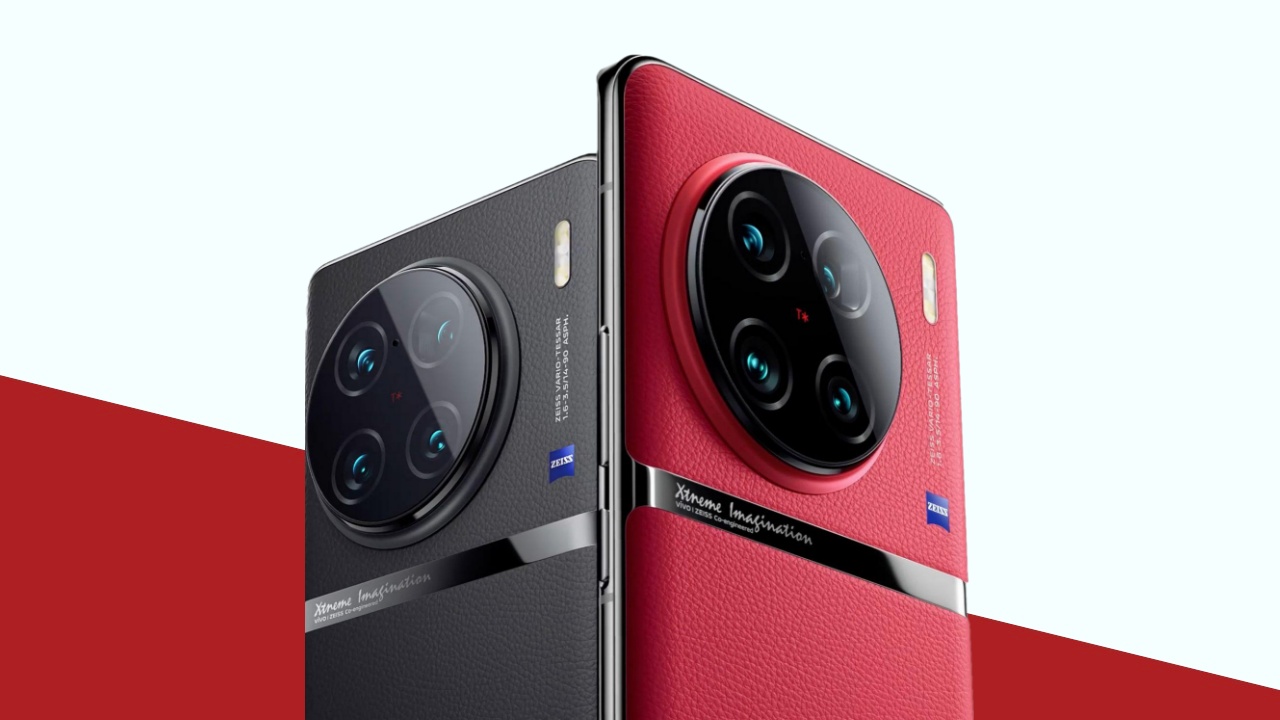 vivo has announced the international launch of its latest X90 series flagship smartphones which aim the raise the limit of smartphone photography.

They will be available in two variants: the standard X90 and the X90 Pro which both feature vivo’s exclusive V2 chip, advanced cameras co-engineered with ZEISS, and ZEISS Optics with T* Coating.

While we all await official local price and availability, here’s a rundown of its specs and features.

Obviously, what stands out about the X90 series is how it delivers on an advanced repertoire of camera features and powerful lenses.

The X90 Pro has an integrated “eye” camera setup in the rear, composed of the following:

The main camera’s 3.2 μm large pixel (4-in-1) size allows more light in and produce brighter and more scintillating images even at night. The portrait camera has stabilization support and an exclusive large aperture lens.

On the other hand, the standard X90 has the following setup:

Both phones will have Corning Gorilla Glass and anti-reflective coating on their cameras.

As mentioned, the X90 series has a ton of interesting camera-related features, so here’s an overview of all:

For the first time, a new ZEISS Natural Color Display has also been added to screen color style settings to ensure captured colors are not affected by the display. This means the colors in shots captured are close to perfect.

Ensuring that all camera-related features work to a T, the X90 series phones are powered by Dimensity 9200 processors along with the V2 chip.

Both devices will also come with enhanced DDR5 RAM and up to 8GB of extended memory via Extended RAM 3.0, so users may use more active apps without sacrificing smoothness.

The X90 Pro in particular has an Ultra Large Vapor Chamber Liquid Cooling System. Its design reduces the heat transfer from CPU to the frame. This allows for key areas to remain relatively cooler even when heavy tasks are being processed.

Charging modes include fast charging for up to 50% in just over 8 minutes, or balanced mode for a full charge in only 29 minutes.

The displays have a refresh rate of 120Hz. This makes the phone also ideal for gaming. vivo also developed a Smart Eye Protection mode in collaboration with MediaTek. This is to intelligently monitor blue light proportion in real-time.

Audio-wise, the X90 series also boasts of a Dual Stereo Speaker and an X-Axis Linear Motor. For the Pro model, SpeakerBoost 4.0 algorithm expands the sound field, while 4D Game Vibration is also supported.