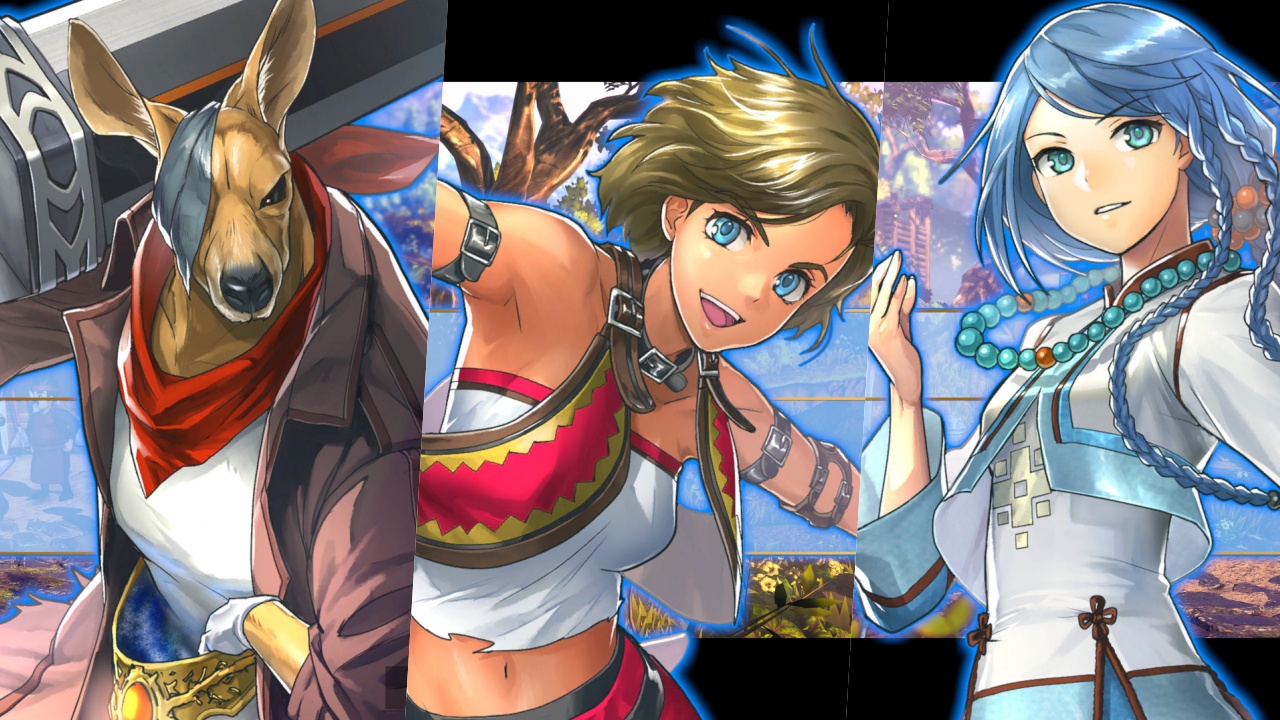 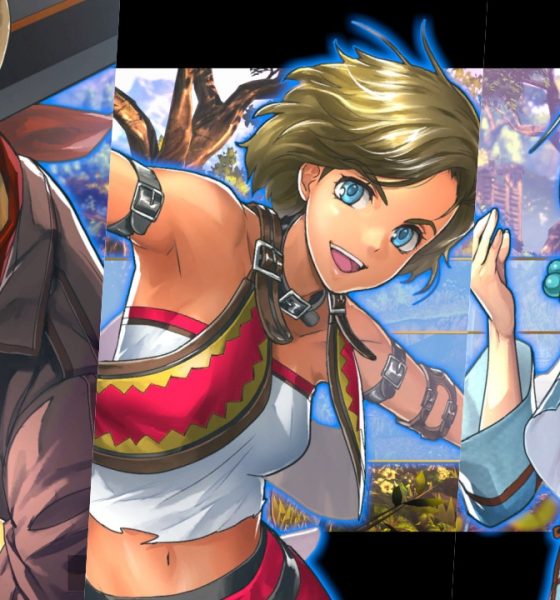 Back in March, I wrote about my brief experience with Eiyuden Chronicle: Rising. Now having played the rest of the game, I can safely say that you get more of the same. It is a fun and charming side-scrolling action RPG. 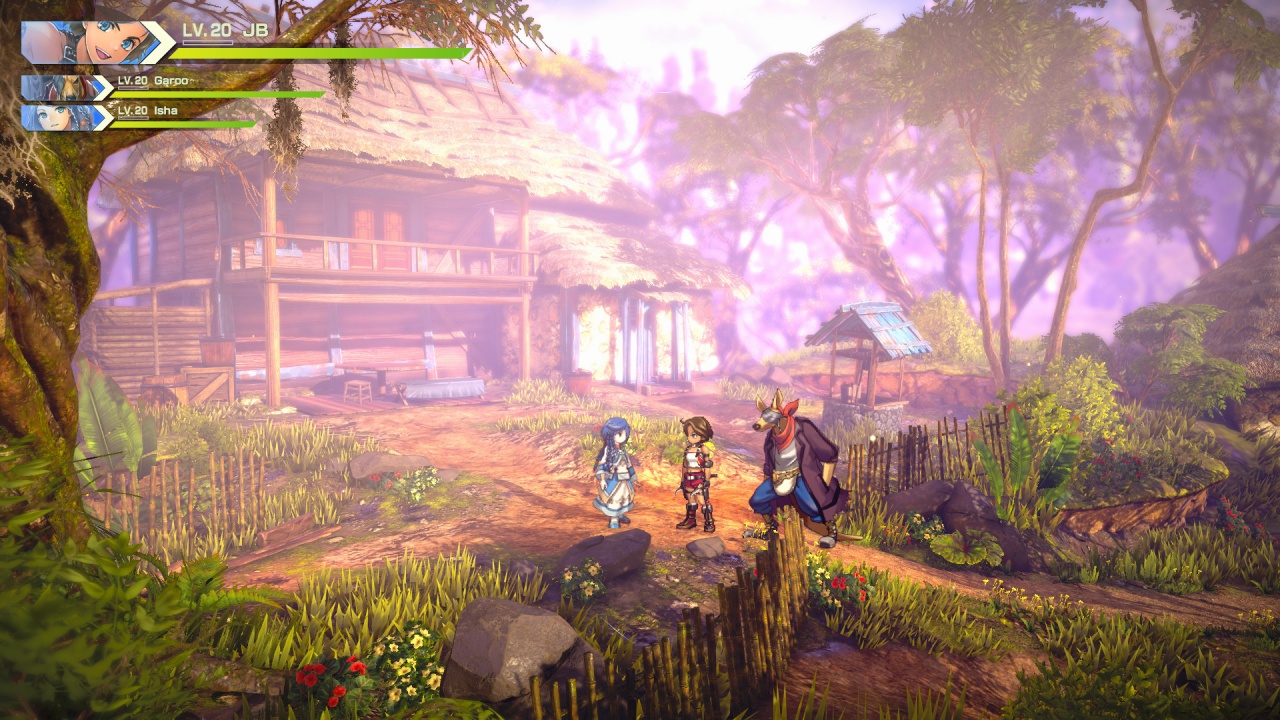 Don’t fret, though, as the game won’t leave you wanting. It is very much a complete experience clocking in at around 20 hours of gameplay, give or take.

It’s primarily set in the mining town of New Neveah. That premise plays a big part in how the game plays out. The mining areas contribute to the development of the town, which in turn help you improve and level up along the way. It’s a well thought-out gameplay loop in a very fantasy-esque JRPG setting. 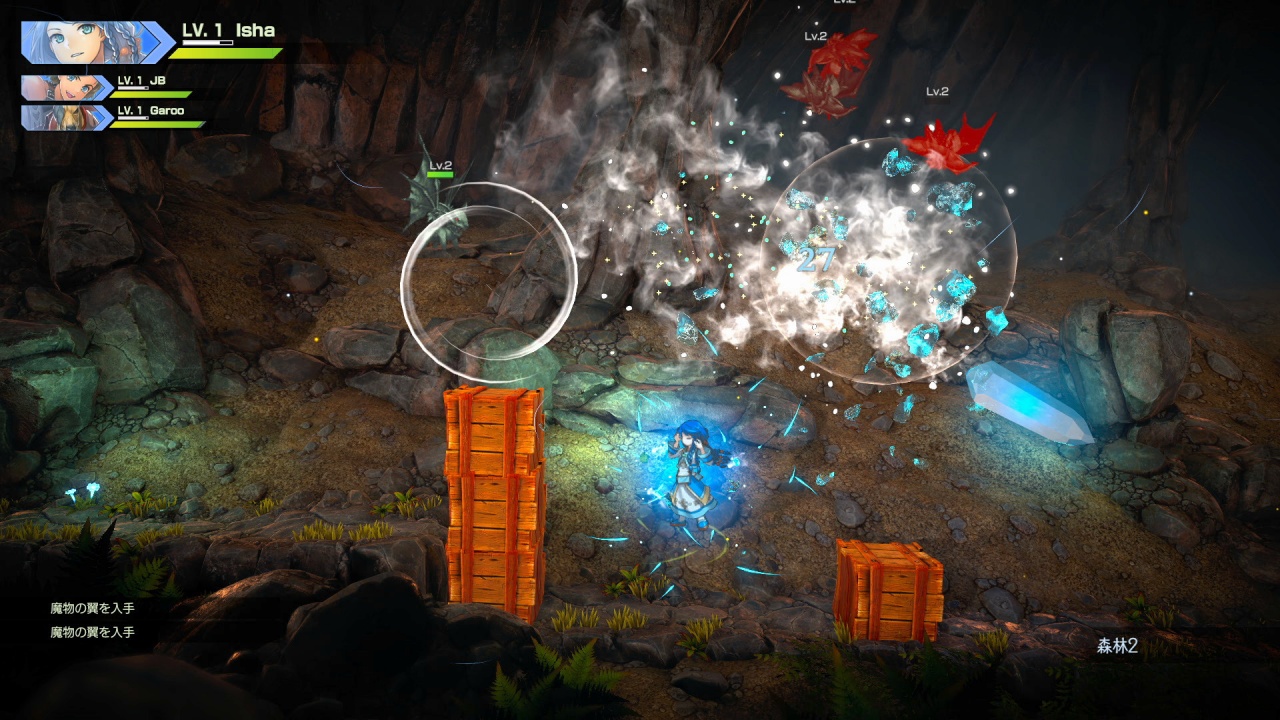 New Neveah being a mining town plays right into the whole gameplay mechanic. At the onset of the game, the player takes the reins as one of the main characters, CJ. She finds the town in shambles, trying to rebuild. As if that isn’t hard enough, the town also has to deal with monsters and bandits while also managing the slew of treasure hunters and adventurers looking for riches in their mines.

CJ is there in search of the biggest rune lens she can find as sort of a rite of passage in their clan. Rune lenses are multipurpose magical artifacts. She meets the town’s acting mayor, Isha and agrees to take on odd jobs around the town for a license to do treasure hunting.

Eventually, she is joined first by the Kangaroo beastman adventurer named Garoo. Later on, Isha joins their party as they not only hunt for Rune Lenses but also try to look for and find out what really happened from Isha’s father – the town’s mayor. 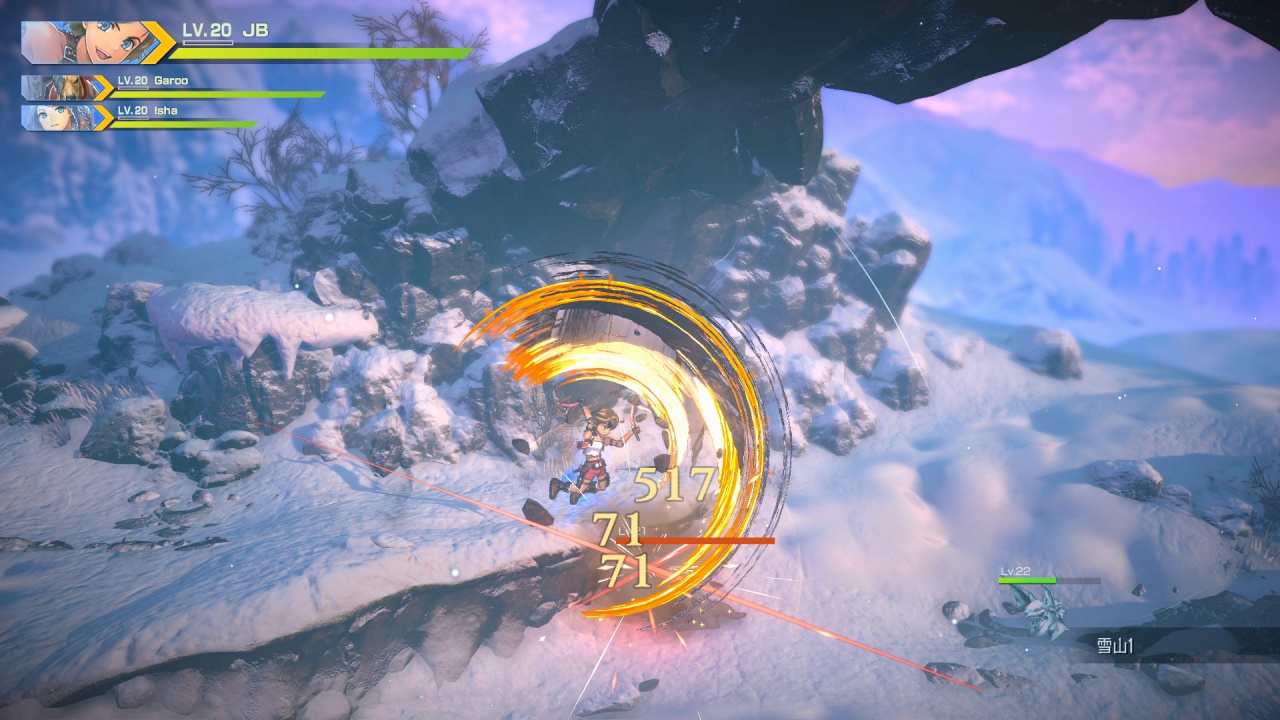 Areas open up one at a time and the odd jobs lead to the reconstruction of many of the town’s stores and shops. These play a key role in leveling up your party.

Instead of a skill tree, you run errands for the shopkeepers that help them build and expand the stores. These quests yield Baqua, the game’s currency, EXP, and sometimes even key items.

The shops are key to getting permanent stat buffs. The Smithery will improve the stats of your weapons. The Weapons Shop unlocks attacks for each character. The Armory outfits characters that enable more platforming and traversal moves and so on.

This extends to accessories and other items too. Improving the Potion shop unlocks higher level healing potions and other accessories increase in levels. There’s also a dedicated street for Rune Lens/Magic things. You can expand your Stowpack and Resource Bag to carry more items. You can also improve the Rune Lenses you can equip. This imbues elemental magic to your attacks. 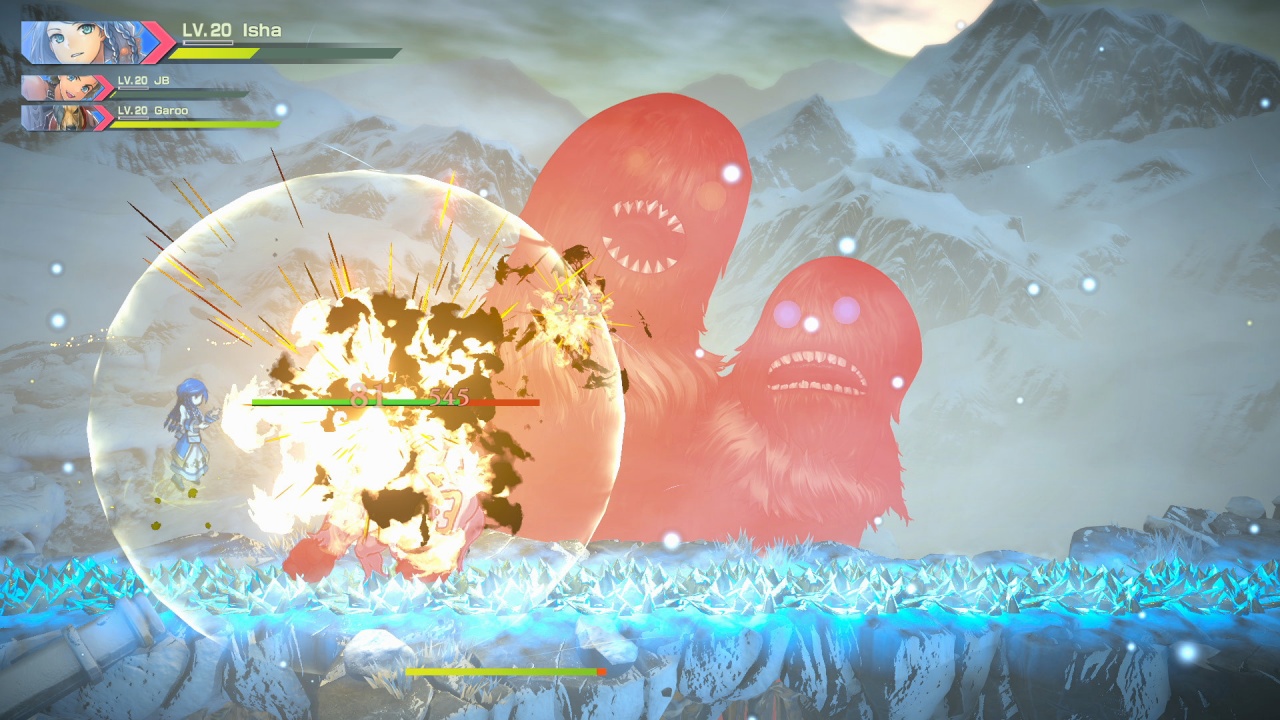 Combat is fairly easy to pick up. Each character is assigned a single button to attack. Pressing the attack button multiple times unlocks combos. There’s also a Synced Attack that deals heavy damage. You execute this by perfectly timing a strike from one character to another. You start of with just two but it also increases in number which is plenty helpful for bosses later in the game.

As mentioned earlier, you can imbue attacks with magic through Rune Lenses. Anyone experienced in RPGs should be familiar with how the elements work. Water beats Fire, Fire bears Wind, Wind beats Earth, and Earth beats Water (I’m gonna need to double check this but for now this is pretty much how it works).

Each area will have a different elemental variant of these monsters so it’s important to take note which elements you have equipped for more effective strikes. 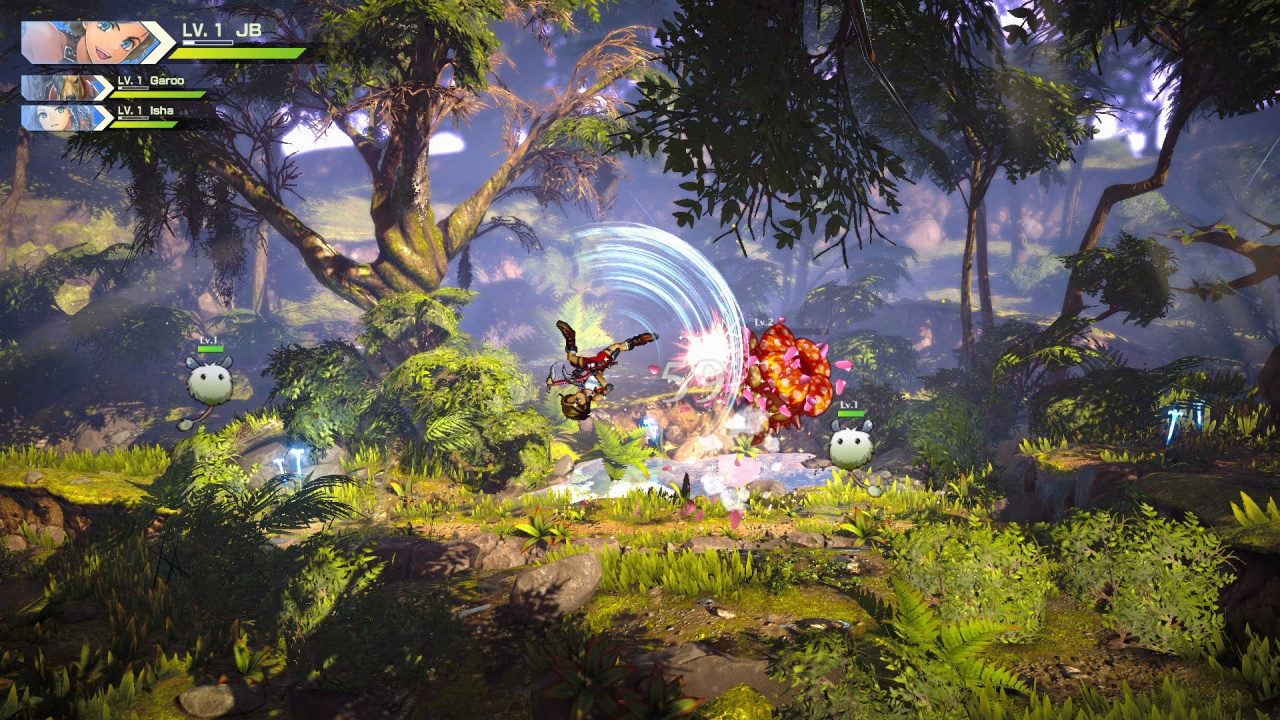 The beginning of every game can get pretty overwhelming especially when it comes to its story and lore. Eiyuden Chronicle: Rising is certainly not immune to this. However, it gets significantly easier to digest the more you go through the story. Especially with how the game is designed to keep you coming back to the town, you develop a sort of kinship with them making the entire journey even more worthwhile.

For experienced JRPG players, there’s nothing here that will surprise you. That said, it’s still a generally tightly told story with satisfying payoffs.

Also, I already mentioned this in my preview of the game but I think it merits repeating. Eiyuden Chronicle: Rising has the look and charm of 90s JRPGs while trimming the unnecessary stuff and making the experience flow more smoothly. If you’re a gamer parent and want to introduce your child to the wonderful world of gaming, I think this is a great place to start. 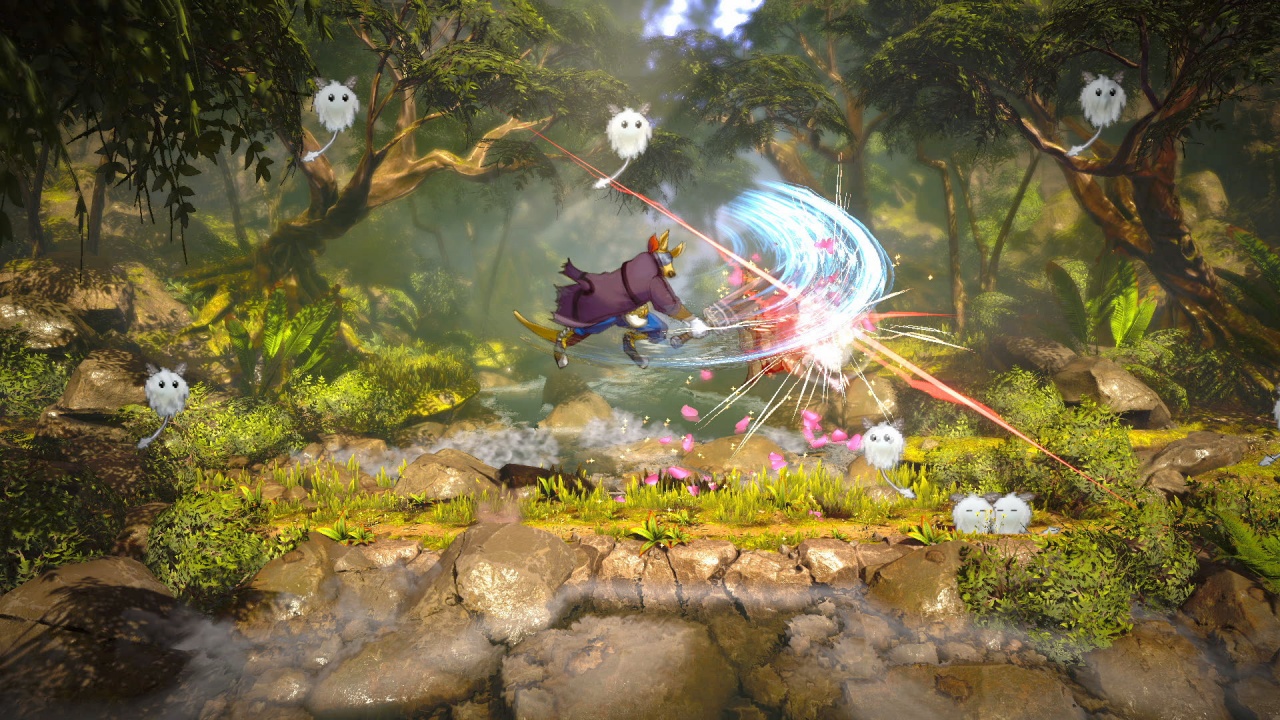 The gaming community is going through a bit of a lull following massive releases to start the year. Some players are opting to clear their backlogs or hunt trophies. But if you’re still looking out for something new but still want a break from the usual third-person RPG or first-person shooter, Eiyuden Chronicle: Rising is worth giving a try.

The game is easy to pick-up and play. And it’s an easy recommendation for anyone who wants the look and feel of a classic JRPG but without the high demand for grinding. Eiyuden Chronicle: Rising is charming, fun, and is a great choice if you want to tide yourself over until the next big AAA title comes around. 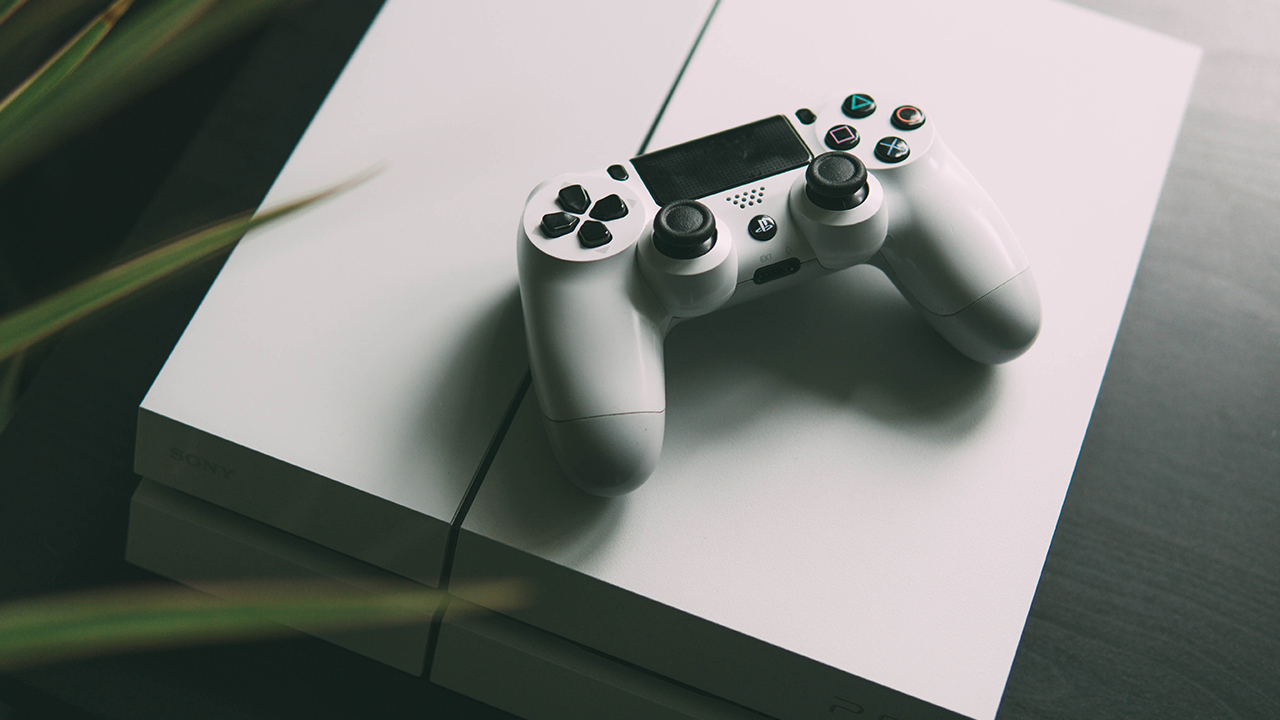 Have an Eva-01 Test Type-themed PC 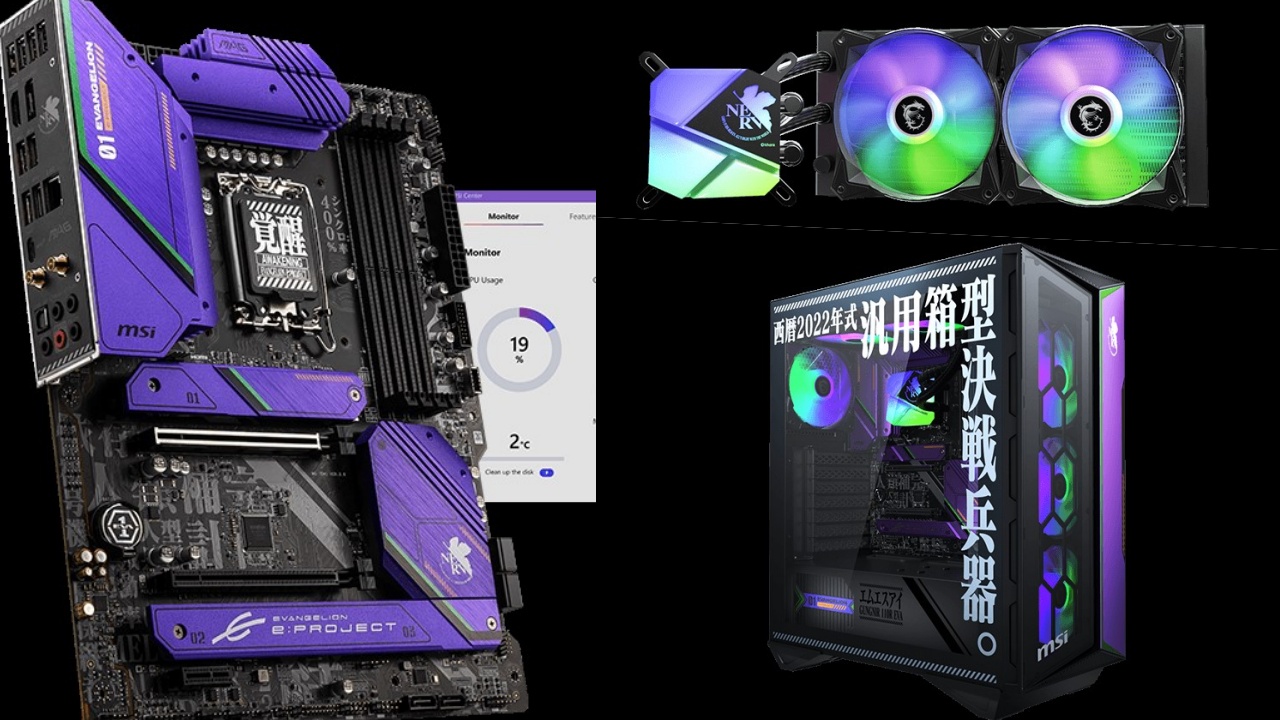 MSI joined forces with esports brand EVA e:PROJECT for an exclusive collection that gives gamers and fans the chance to build the ultimate gaming PC.

For the collaboration, MSI has incorporated the classic Eva-01 Test Type purple and green colors into these four PC components:

This will allow enthusiasts to make a one-of-a-kind Evangelion Unit-01 themed PC.

The limited-edition MAG B660 TOMAHAWK motherboard is the centerpiece of the collection.

It features the famed NERV logo on the Extended Heatsink, along with Evangelion’s Matisse EB font.

Aside from the NERV logo, the cooler’s water block combines gorgeous ARGB lighting and purple highlights to further stand out.

Complementing everything is the MPG GUNGNIR 110R case coming in a sleek design with a tempered glass side panel.

It also features Evangelion’s font and an illustration of the Eva-01 Test Type on the other side.

To make things more exciting, MSI has also partnered with Intel and Kingston for giveaways, such as:

Fans are invited to complete quests for a chance to walk away with the grand prize.

For more information on the EVA e:PROJECT, visit the campaign page here for details.