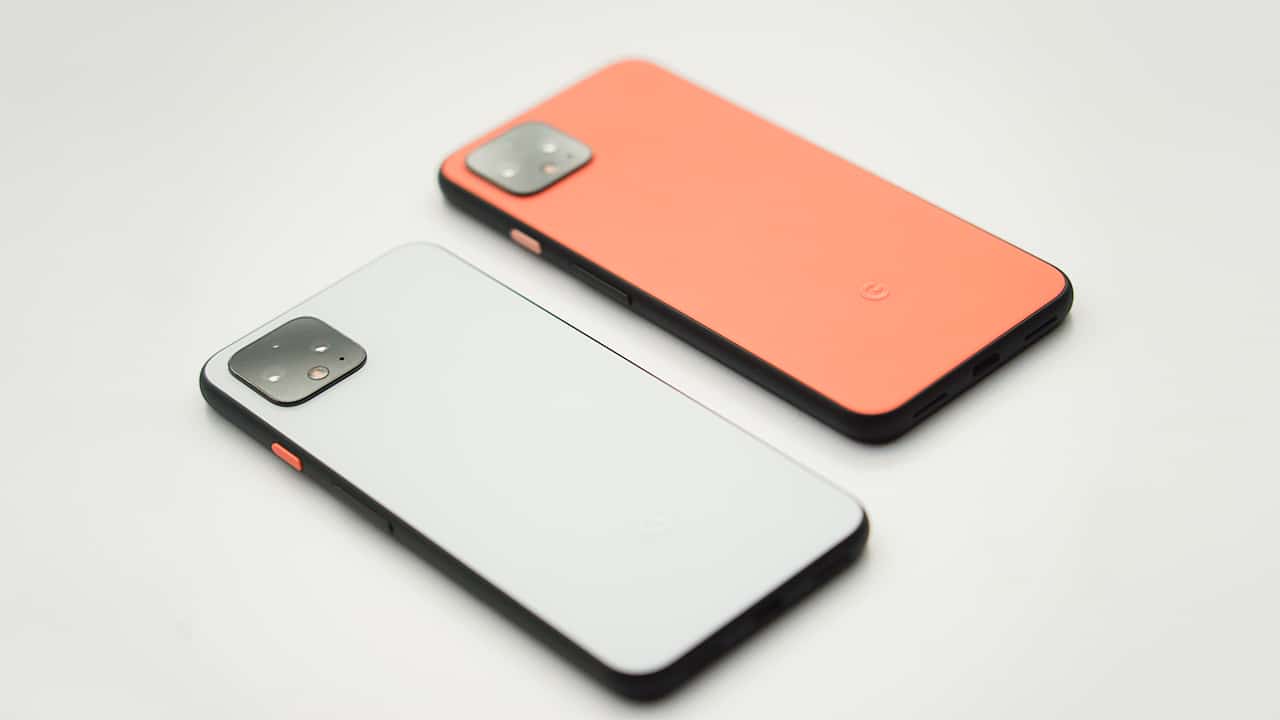 The Google Pixel 4 and Pixel 4XL are now official confirming most of the leaks that came out leading up to its launch. So what’s different, what improved, and what stayed the same? We’ll go through all of that right now.

Google appears to be taking plenty of cues from Apple in the design department in the sense that not much has changed. Looking at the device up front, you might mistake it for the Pixel 2XL. That’s because Google is doing away with the notch but it’s keeping the thick bezel for a reason that we’ll get to later on.

On the back, the most notable difference is the square holding its dual camera setup. Yes, just two. One main shooter and another one that’s “roughly 2x telephoto.” Google says, “While wide angle can be fun, telephoto is more important.”

The back is also moving away from the two-toned design we’ve grown to associate with the Pixel. In its place is a solid glass back with only a single color and a frosted matte coating.

The power button is still a different color from the rest of the phone depending on the variant you choose.

Still the best camera on a smartphone?

Plenty of people are eagerly waiting for the Pixel just to see well they will fair in the camera department. Based on the latest numbers by DxOMark, the Huawei Mate 30 Pro currently holds the crown but that might be quickly taken away soon.

The hardware on the Pixel 4 are as follows: 12.2MP main camera with f/1.7 aperture, plus a 16MP f/2.4 telephoto zoom lens that supports hybrid zoom. But the Pixel has always been more than just hardware.

The true crowning glory of the Pixel cameras is Google’s computational photography. And that applies even on the telephoto lens. It combines both the 2x telephoto lens along with Super-Res Zoom to produce high quality, zoomed in images.

There’s now also what Google is calling Live HDR+. It basically means the HDR application happens real-time. Basically, whatever you see right before you take a shot is the photo that you should expect to come it.

That same feature allows Double Exposure — separate slides for highlights and shadows on Pixel 4 before you take your shot.

Computational photography also lends a huge hand in white balancing along with a wider range for portrait mode, and improved night sight.

Again, just like on the iPhone, there’s now a lot going on in that thick forehead bezel.

It’s not home to a bunch of new sensors that work together towards a more secure face recognition suite. There’s the selfie camera, a pair of IR cameras, flood illuminators, and DOT projectors.

Google says it’s the first smartphone equipped with a radar. It enables Motion Sense which Google claims is the fastest and most secure face unlock feature on a smartphone. It also allows you to control the Pixel 4 without touching it — similar to the Air Gestures that Samsung first tried a few years back.

Displays with high refresh rate might be a growing trend and the Pixel doesn’t want to be left behind. The phone is equipped with a 90Hz panel, similar to the one on the most recent OnePlus smartphones.

The rest of the device also gets a spec bump. Powering the Pixel 4 is Qualcomm Snapdragon 855 SoC along with 6GB of RAM and either 64GB or 128GB of storage. Nothing to write home about as the numbers pale in comparison to other flagships in 2019. But, again like the iPhone, the Pixel isn’t exactly about the numbers.

You might also be happy to know that both the Pixel 4 and Pixel 4 XL have an IP68 rating.

The Google Pixel 4 starts at US$ 799 and will start shipping on October 24. It will come in three colors: Just Black, Clearly White, and Oh So Orange. It will be available through all major US carriers.