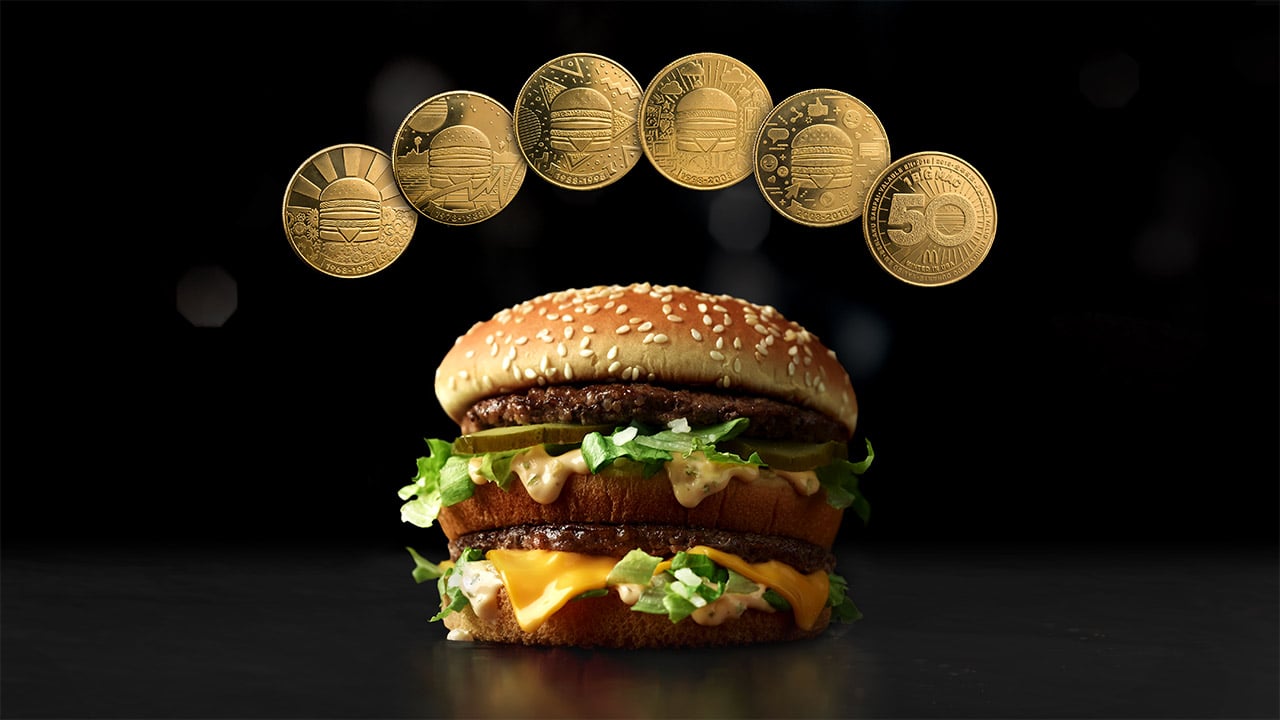 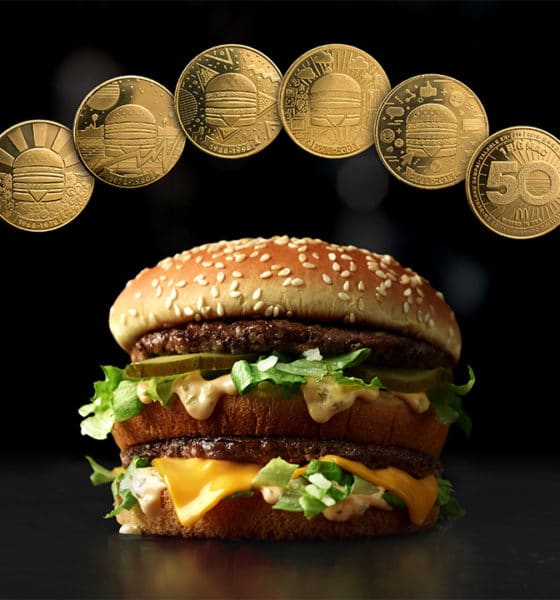 How to get McDonald’s new MacCoin currency

The hunt is on!

You may have heard about the Big Mac Index, but how about the first fully food-backed global currency called the MacCoin?

The iconic Big Mac celebrates its 50th anniversary in 2018 and McDonald’s marks this milestone by introducing the limited edition MacCoin across the United States and more than 50 other participating countries including China, Indonesia, and South Korea. (Here’s a full list.)

The MacCoin comes in five unique designs, each representing a decade of the Big Mac.

One MacCoin highlighting the 1970s showcases the decade’s Flower Power, and the 1980s token features pop art. Abstract shapes are reserved for the 1990s MacCoin design, and the coin representing the 2000s shows technology that was hip back then. The 2010s MacCoin celebrates the past 10 years and the evolution of modern communication by displaying emoji. Additionally, the seven languages featured across the various designs are Arabic, English, Indonesian, Mandarin, Portuguese, French, and Spanish.

In the US, you can get a MacCoin for every Big Mac meal. If you want to collect all five designs, you better have a big appetite for the Big Mac and a deep wallet, because five Big Mac meals will cost you more than US$ 42 (including tax) and they are going fast! This will also leave you with a bigger belly after more than 5,000 calories — double that if you redeem your MacCoins for free Big Macs before the end of the year.

We’re celebrating 50 years of Big Mac by creating a global currency—MacCoin—each one worth a free Big Mac around the 🌎, with 5 collectible designs for 5 legendary decades. Starting August 2, collect your own MacCoins when you buy a Big Mac while supplies last. #BigMac50 pic.twitter.com/xn8Z9GNLSp

The promotion started August 2, which would have been the 100th birthday of the founder of the Big Mac, the late Jim Delligatti. Some countries have different ways for you to get your hands on a MacCoin. In China, for example, you can get a MacCoin by singing the birthday song for the Big Mac starting August 6.

What is the value of the burger currency, you may ask? You can either keep the MacCoin, give it away or trade it in for a free Big Mac until the end of 2018. Redeemed coins won’t be brought back into circulation. Therefore, each coin will be for one-time use only. On the other hand, eBay turned into a flourishing marketplace for the coins, trading as high as $35 per coin and prices will likely go up from here.

So, how has it been hunting for MacCoins in Chicago, the home of the global headquarters of McDonald’s? Four days into it and stores are running out of the coins. It didn’t help that Chicago hosted Lollapalooza — a music festival attended by hundreds of thousands of music fans — from August 2 to 5, and the Big Mac would have made a perfect midnight snack after each day of dancing and partying.

I did manage to get my hands on a couple: the 1990s coin with all its abstract and geometric shapes, and the 2000s coin showing a tech bubble design. 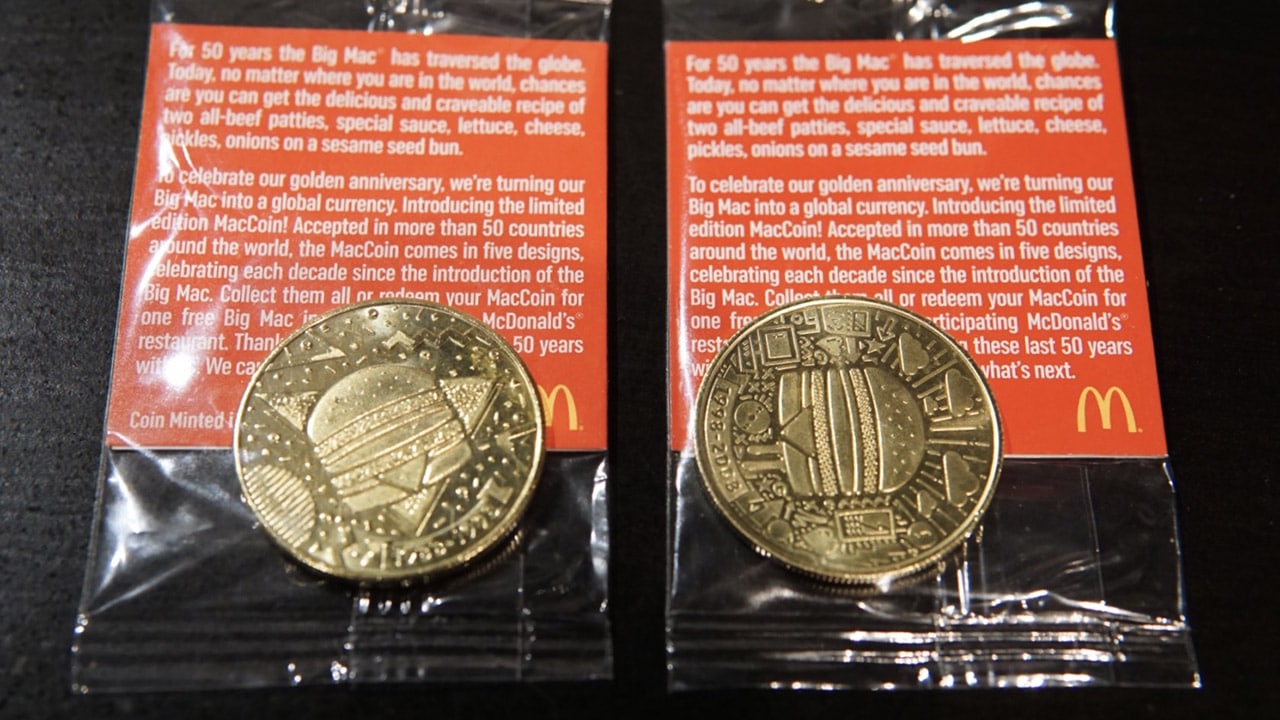 I spent a good 15 minutes walking to the first store (burning maybe two percent of the would be gazillion “Big Mac and Fries” calories I’d eat), lining up along with the lunch-hour crowd and being told they are all out. So, I put my general knowledge of McDonald’s locations in Chicago Loop to good use (I can name the cross streets of each branch without needing a map!) and googled the phone numbers to find the closest store with MacCoins left.

After a few tries, I found one with some left and promptly raced over, placed my order, and patiently waited for my food and coin. I learned that you had to specifically ask for the coin after getting your food, and the branch manager personally hands you your hard-earned — or shall we say digested — MacCoin after checking your receipt. Also, you can’t just order five meals and get all five coins at once. I know, because I tried to save myself the trouble and just throw a Big Mac party for anyone who’s hungry so I get to complete the collection before they run out. We all have to do it the old fashioned way: ballooning with one Big Mac at a time. 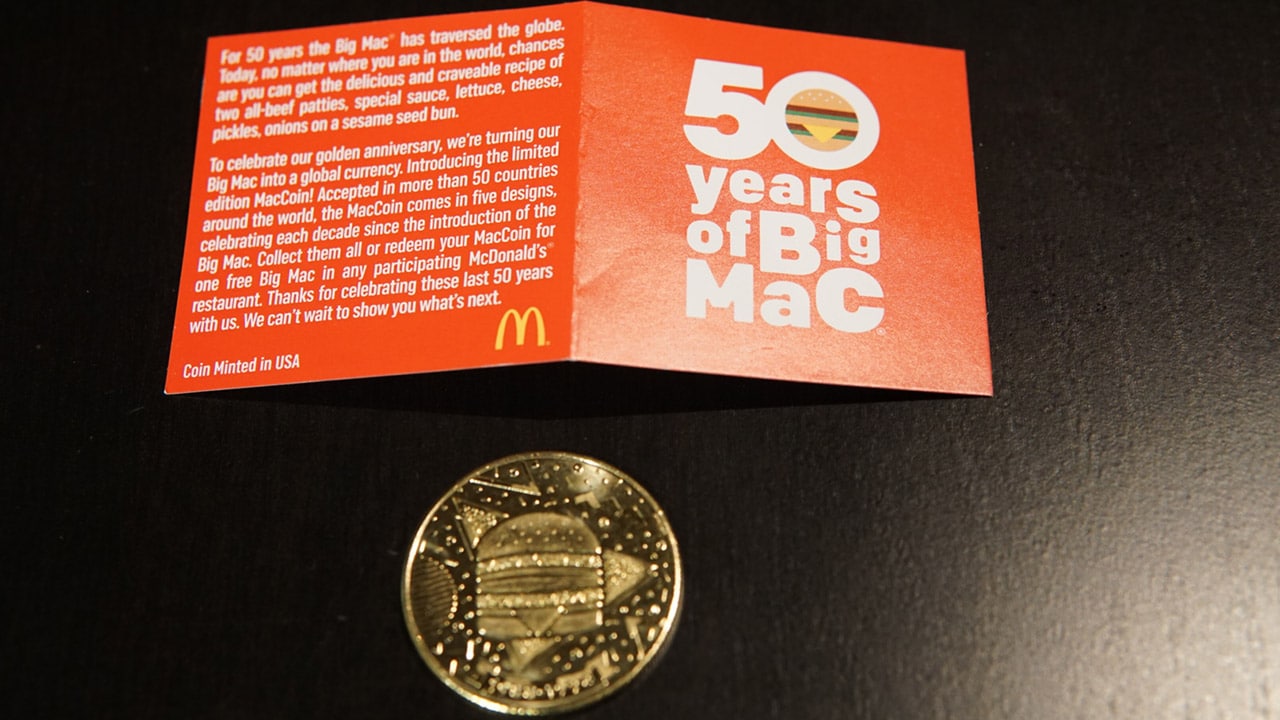 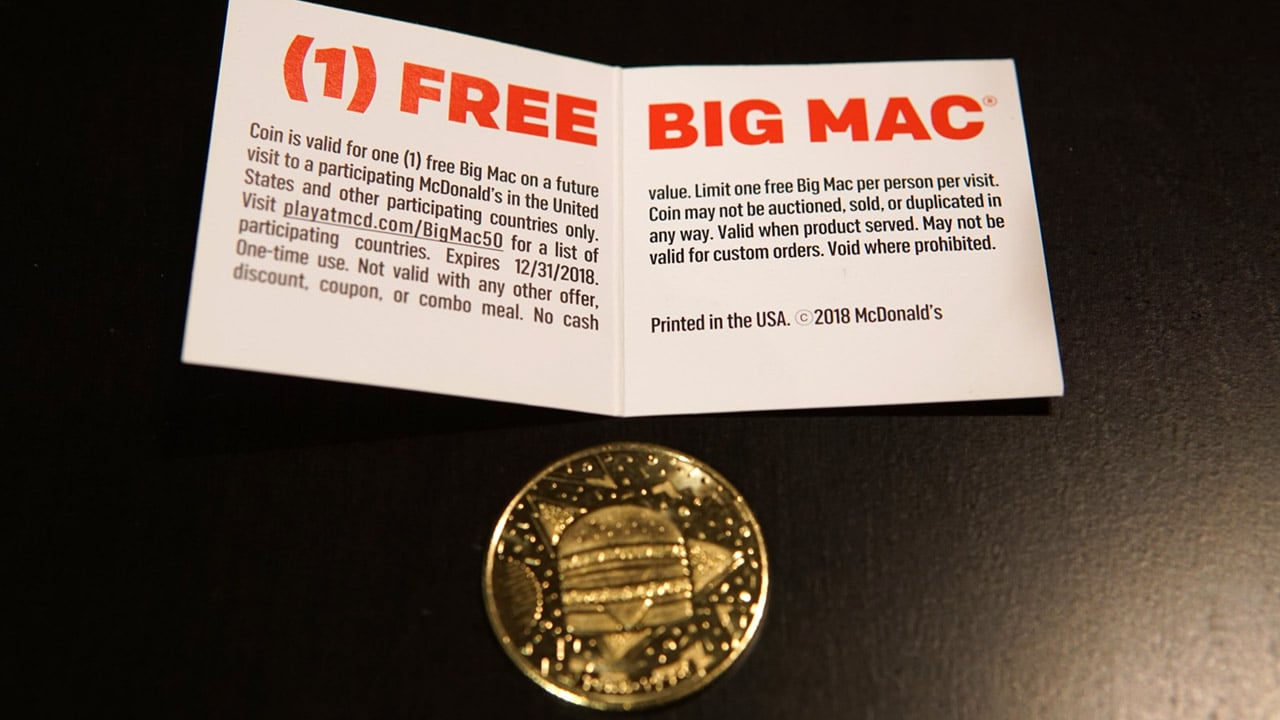 All that remains to be said: Happy birthday, Big Mac! You don’t look a day over 50 and are as yummy as you always have been.

Need more burgers in your life? Watch this experimental video:

This article was contributed by Kimmee Rae Pineda. 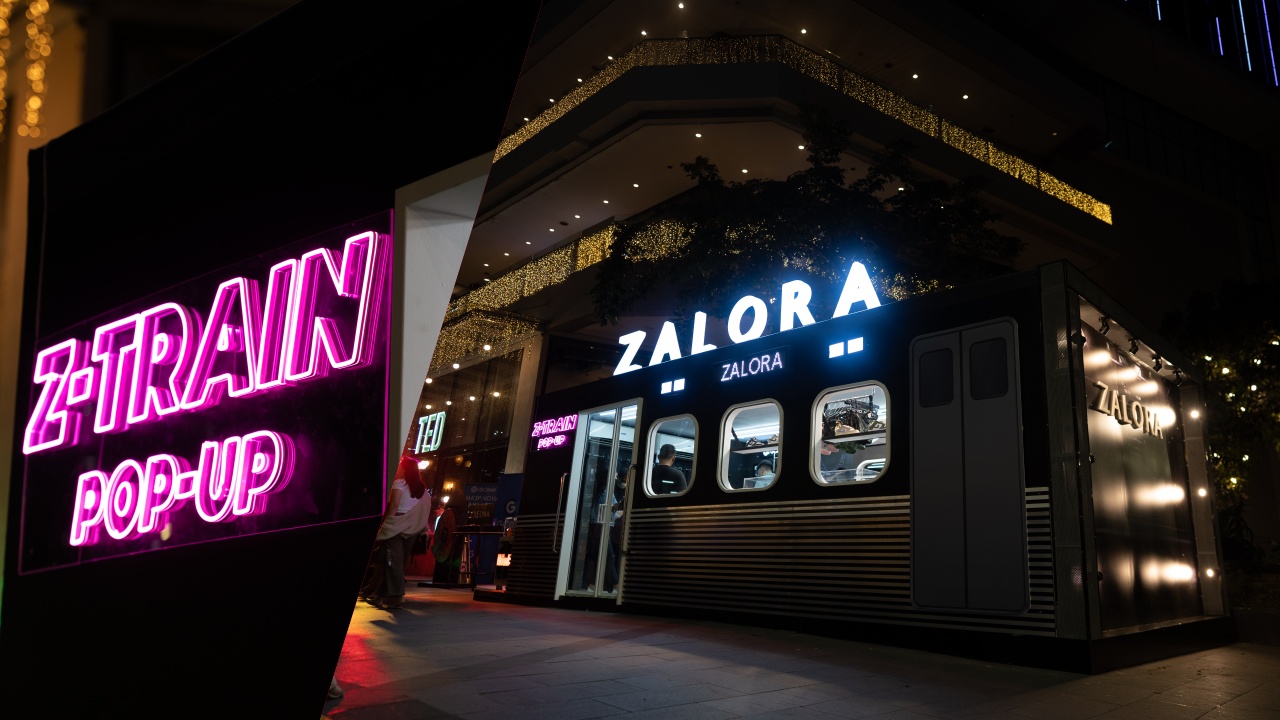 Shopping app ZALORA is getting a mobile pop-up store. ZALORA Philippines has opened the Z-Train pop-up concept at the Uptown Mall Curbside Corner in BGC, Taguig.

The Z-Train has a sleek black exterior which replicates a train coach. It will be open from 10 a.m. to 10 p.m. until December 15.

Inside are a selection of the best fashion haul from ZALORA’s top brands, including Nike and Trendyol.

ZALORA has also partnered with GCash, offering customers up to a PhP 500 cashback when they choose the pay later option (GGives).

When you shop at the Z-Train, you also get an entry for a chance to win in the Nike Dunk Daily Giveaways.

The best way is to shop on December 12 during ZALORA’s 12.12 Christmas Sale kickoff, where you can use special 12.12 Nike Dunk Codes to enjoy 30% off (PhP 5,000 minimum spend) and get a guaranteed slot to purchase Nike Dunks.

ZALORA will also be giving away 14 Nike Dunk pairs – one per day until December 15. Participants simply have to post a photo of themselves on the Z-Train, tagging @zaloraph and using the hashtag #ZTrain. 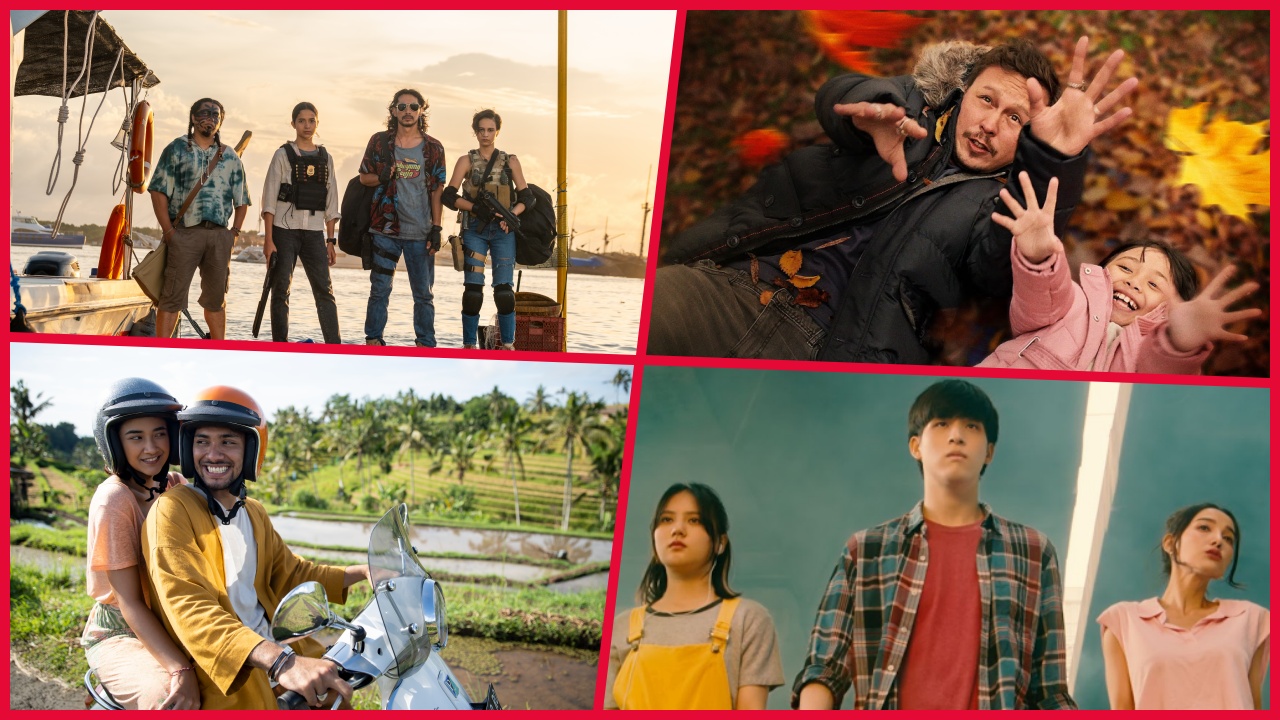 Looking for Netflix shows to binge-watch throughout the holidays? The streaming app features a rich collection of localized content across all genres for viewers to give a try.

Here are some of the best titles from Southeast Asia and beyond for subscribers to enjoy.

This comedy features five unlucky strangers meeting each other for a common goal of fighting a mafia boss who have stolen their winning lottery tickets worth millions.

World-renowned sport Muay Thai traces its roots to Thailand, and this mini-series will give fans an even more in-depth look into this industry.

The Trapped 13: How We Survived The Thai Cave, Thai Cave Rescue (Thailand)

If you’re interested in real-life stories, then these documentaries are for you. Both feature the 12 young Thai footballers who were trapped in a flooded cave complex for 17 days back in 2018.

The Trapped 13: How We Survived The Thai Cave in particular reflects the perspectives of the survivors while showcasing the intricate details of the dangerous rescue mission and how they managed to survive the event.

Thai Cave Rescue, on the other hand, is a drama series which took real-life elements from the boys’ stories.

What if fate comes a little too late? In this whirlwind romance, an already engaged fashion blogger finds herself going down an unexpected path during a life-changing trip to Bali, where she meets a gifted shoemaker.

Meanwhile, the Philippines’ very own Baron Geisler stars in Doll House, which is ought to give viewers a good cry.

The heart-warming tale portrays the complexities of father-daughter relationships. It comes with a sentimental plot toward the end that will touch the hearts of everyone.

A suicide squad is assigned to save humanity from the threat of extinction after a meteor carrying a destructive plant hit the world. In the process, they will have to defeat alien creatures in a post-apocalyptic setting to succeed.

Shards of Her (Taiwan)

This Taiwanese mystery thriller stars Hsu Wei-Ning, Toby Lee and Wen Chen-Ling. After a coma leaves her with amnesia, an accomplished career woman finds herself navigating a warped reality where she is forced to revisit her painful past.

When a 60-year-old widow decides to fall in love again, her two daughters get both happy and annoyed. This Taiwanese drama-comedy that is filled with hilarious moments will teach everyone heartfelt lessons too.

Do you have your own Southeast Asia movies or TV shows recommendations?

Time to print those core memories! 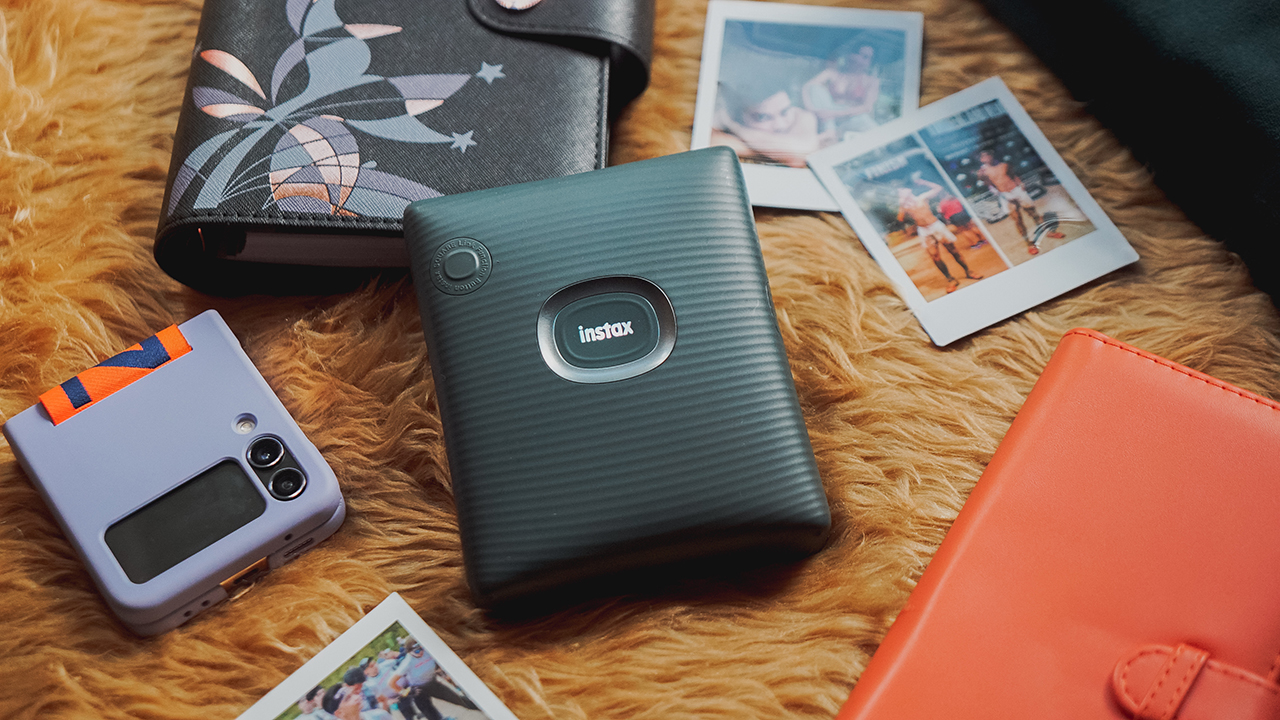 Life looks pretty in squares — that’s how Instagram shaped our favorite moments in the past decade.

With every core memory uploaded in our social media feed for the world to see, there’s still something poignant about keeping a hard copy of your favorite moments. It feels nostalgic to be reminded of the good things in your life.

That’s what the Instax Square Link delivers. The newest instant printer comes in square, as compared to its previous siblings in the instax link lineup.

The previous instant printers come in the usual mini film prints, and a wide, rectangular one. Having a square format provides a sweet spot for instant prints since it’s neither too big nor small. 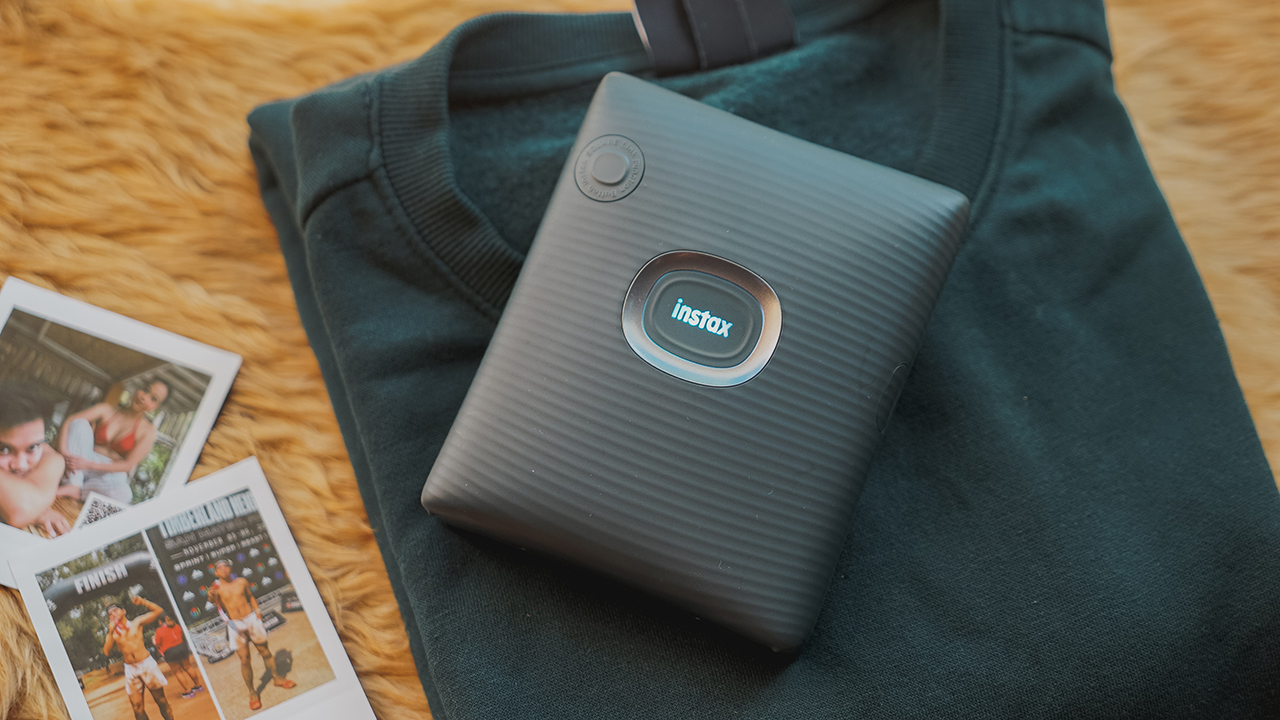 Even the design of the device itself looks almost square, albeit taller. It sports the usual big button in its center that powers up the device, while there’s a smaller circle on its top-left part for linking the device to your smartphone.

It’s still as straightforward as it gets, whether you’re already familiar with previous instax printers or not. You simply click the big button until it lights up, link it to your smartphone and confirm the serial number found on the bottom side of the device, and do all the magic inside the app — which you can download via App Store or Play Store. 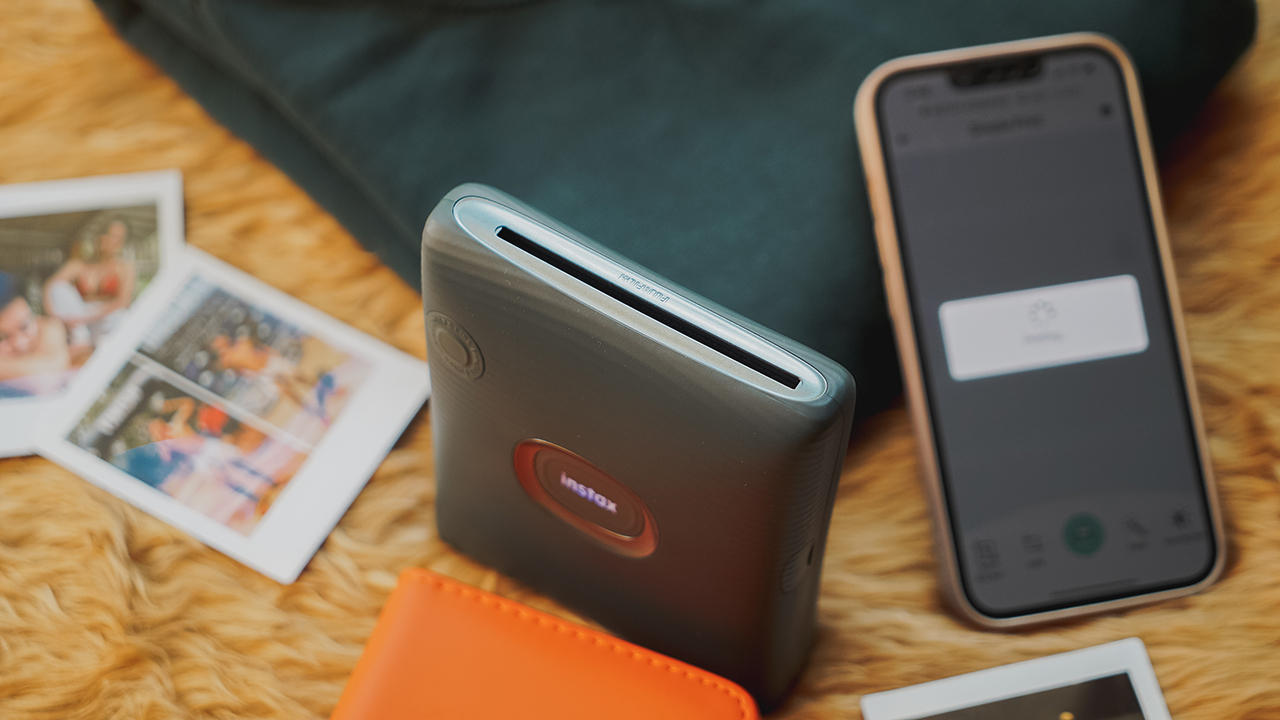 The instax Square Link carries all the good things from the previous instax printers through its dedicated app.

You can still make personalized stickers, continuously print your best moments with just a press of a button, and collage and edit your photos in frames. They’re pretty much the same features you can find on the instax Link WIDE and instax mini Link 2. 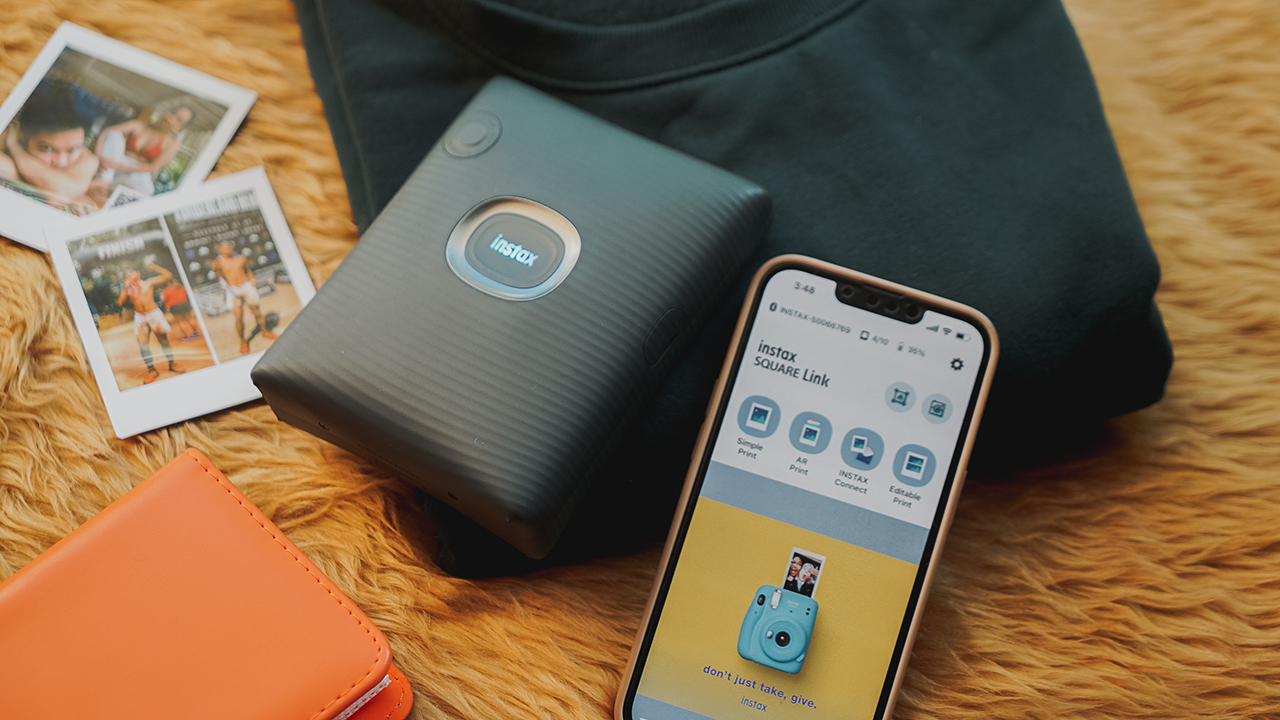 It also included a feature where you can chat with a friend or loved one and have the conversation printed as text bubbles to add a more personal touch for those who are in long-distance relationships. 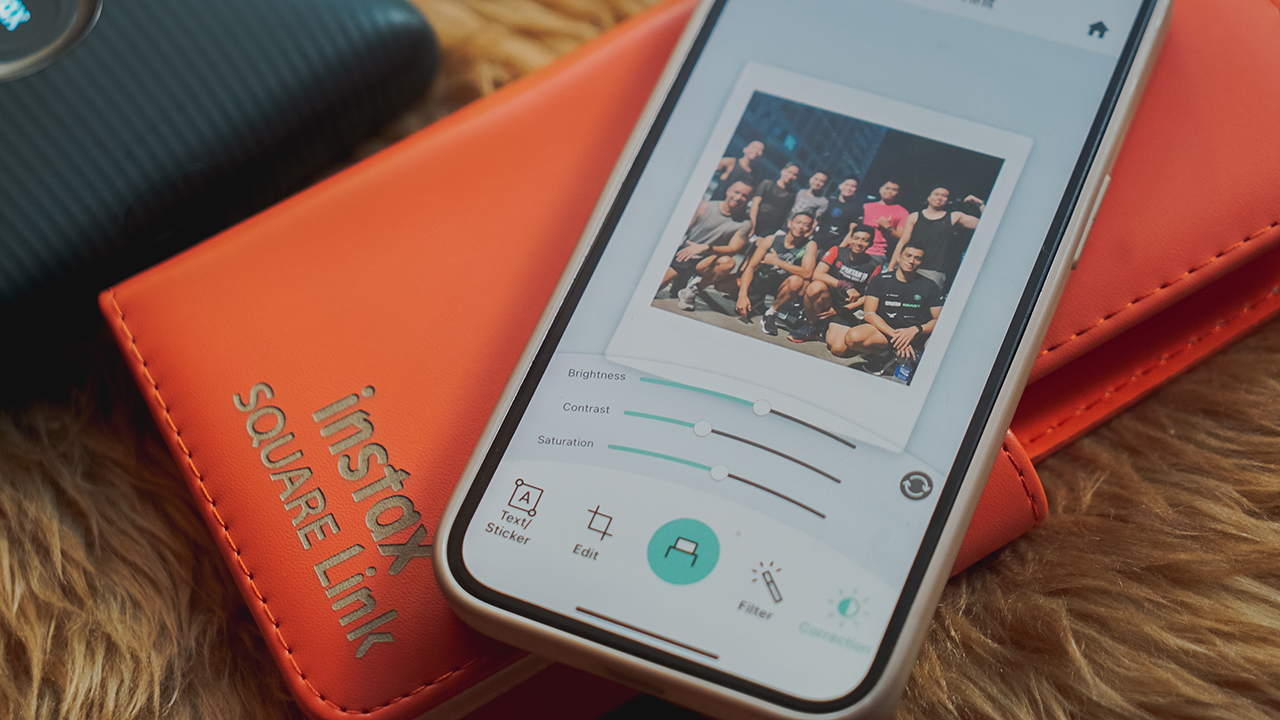 While the new features are a much-welcome addition, I still stick to what Instax is good about. At its core, it’s still printing your favorite moments and of course, sharing them with the people you love.

Back then, I would print my photos and keep them to myself — inside photobooks and boxes that would never see the light of day unless I’m feeling nostalgic. 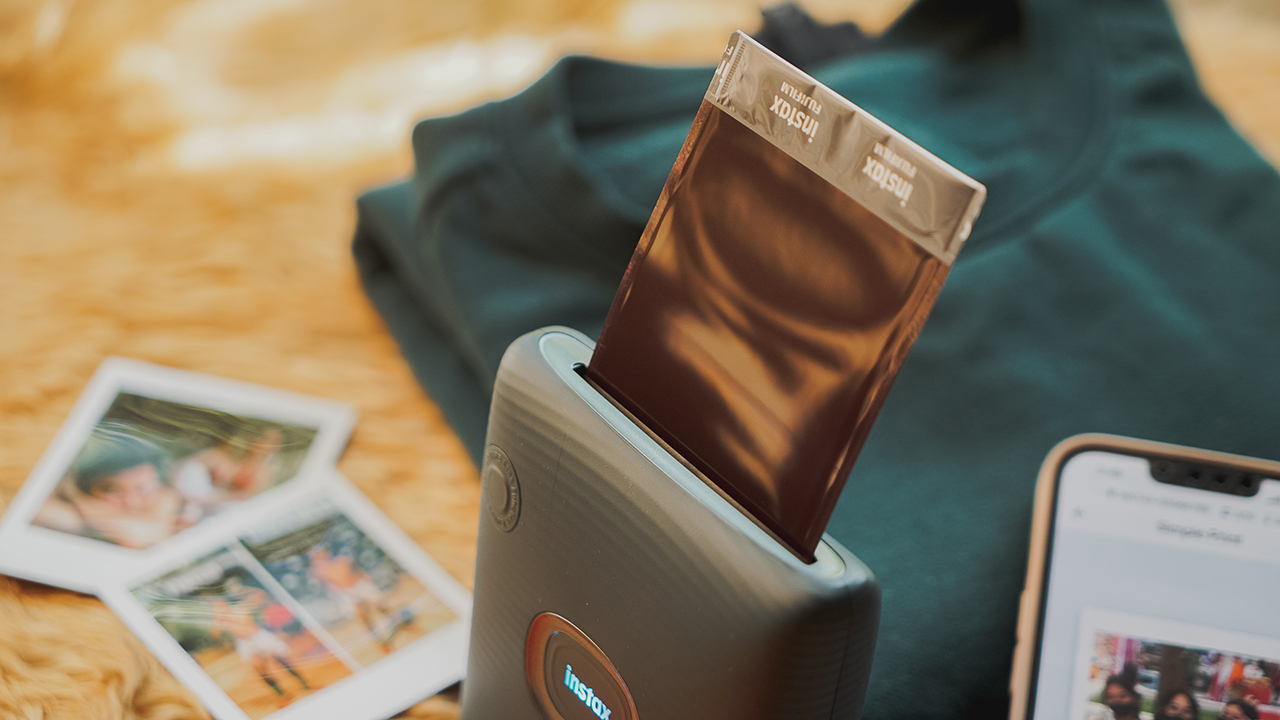 Being surrounded by new people encouraged me to be more giving, rather than just being selfish with my memories. And instead of constantly seeking validation and sharing my favorite moments with the world, I now love the idea of being intimate and sharing my core memories with only a handful of people. 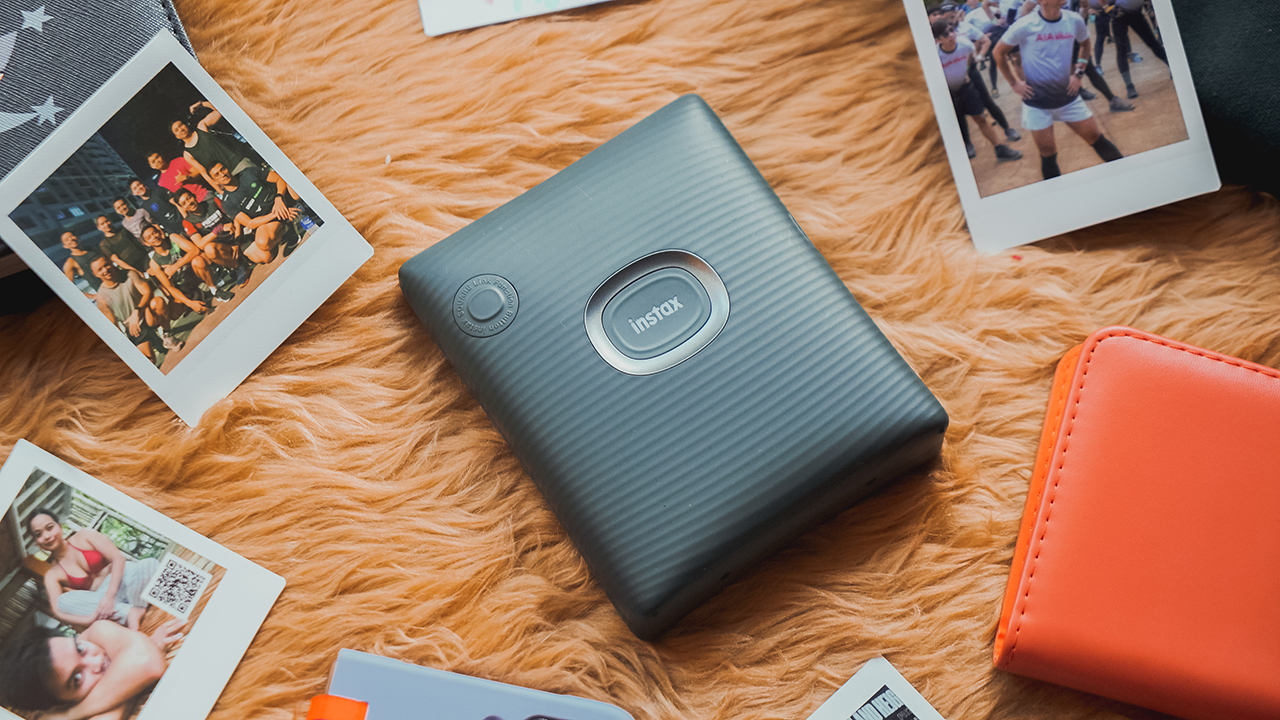 The Instax Square Link is still an instant printer like its siblings. If square formats are your thing, this is easily your GadgetMatch. For wide, rectangular prints, there’s the instax Link WIDE.

And if the original, mini-sized film prints are what you’re after, you can never go wrong with the instax mini Link 2. Whatever formats you want, there’s an instax for you.