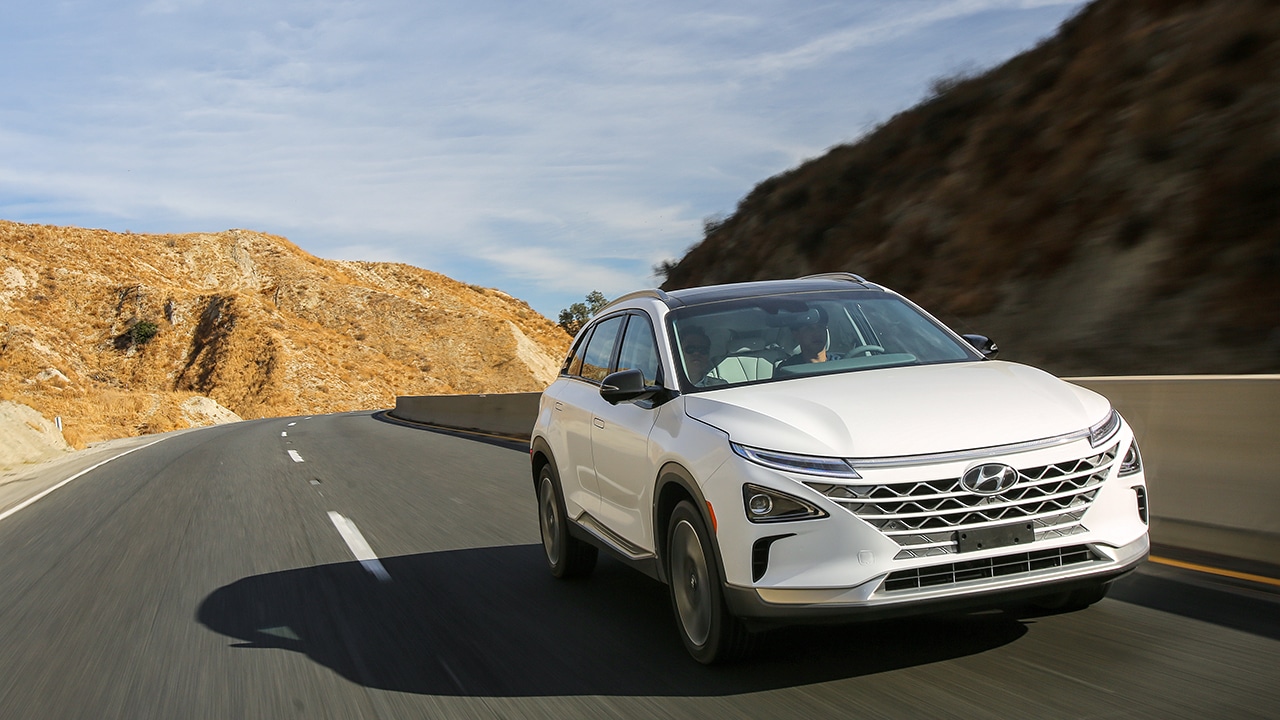 At this year’s Consumer Electronics Show in Las Vegas, car manufacturer Hyundai Motor has launched NEXO which is the second-generation commercialized fuel cell electric vehicle (FCEV) from the company. The SUV comes as a successor to the company’s Tucson FCEV and packs new and updated features.

Having your car run on fuel cells has major advantages. For one, it results in higher efficiency than on gas or diesel engines, is way quieter, and since there is no engine, maintenance and servicing costs are much lower.

Oh, and the most important of all: The drivetrain emits nothing but water vapor — making the NEXO a dear friend to Mother Nature. 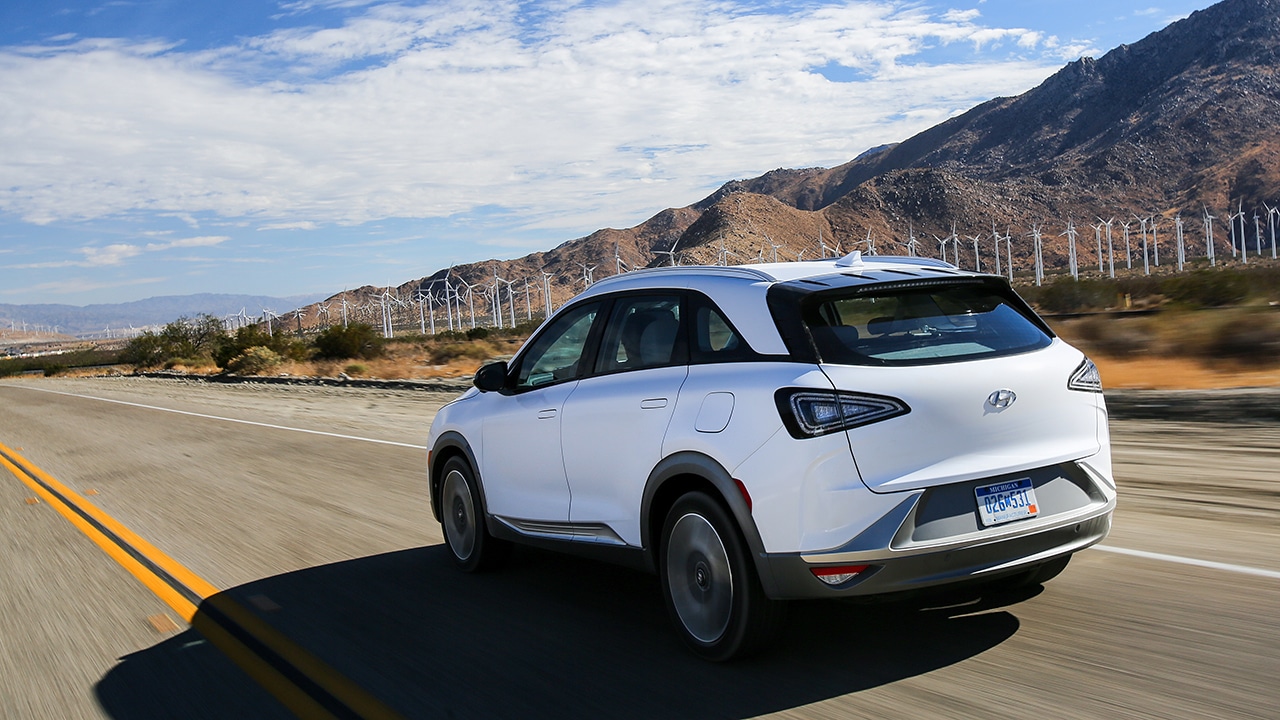 The new hydrogen powertrain is then supported by special features to further make the SUV attractive. Hyundai is proud to announce its Blind-spot View Monitor which uses wide-angle view of its surroundings to see areas not seen by a traditional rearview mirror. This is an industry-first technology that allows the driver to see video footage from both sides of the vehicle.

Since we’re in the era of smart cars, Hyundai has also equipped the NEXO with semi-automated driving functions.

Lane Following Assist basically keeps you centered in your lane and works at speeds between zero and 145kph on both highways and city streets. While we’ve seen similar tech on other vehicles, it’s a first for Hyundai. There’s also Highway Driving Assist that works with sensors and map data to ensure safe operation and keep your speed in check. 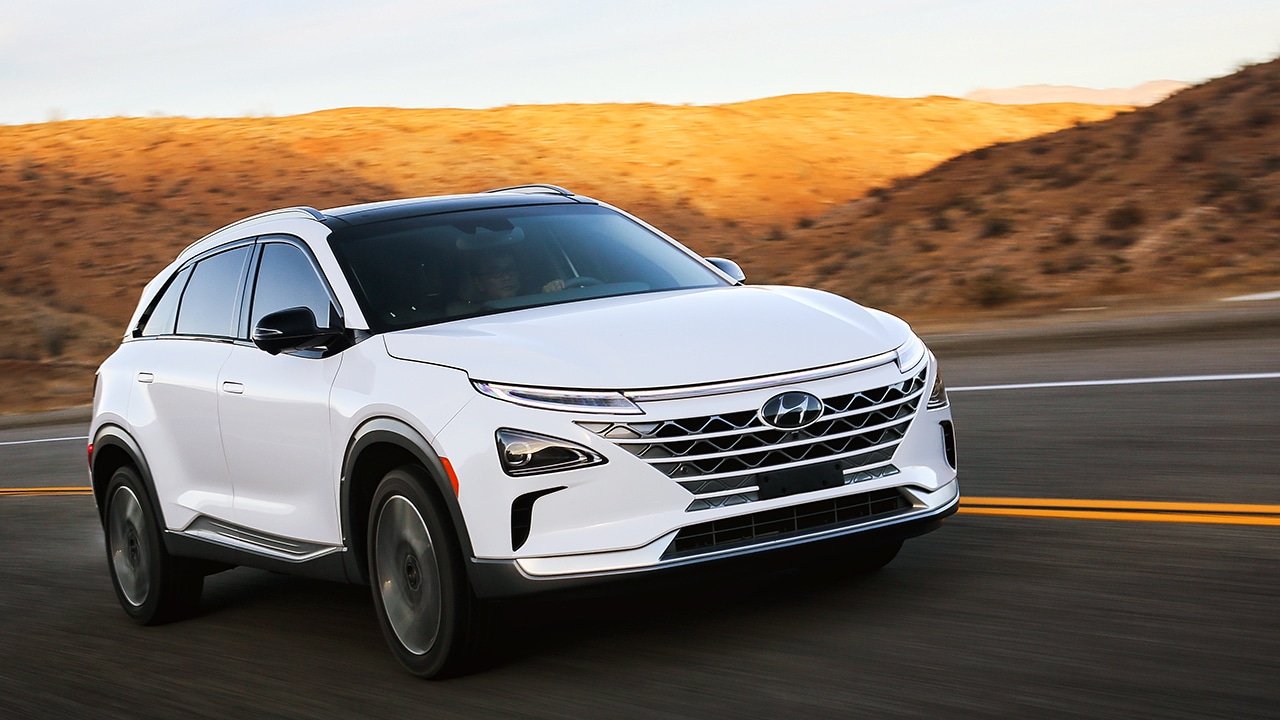 The vehicle doesn’t stop at the ability to self-drive. It is also capable of parking and retrieving itself from a parking space with or without a driver in the car. Additionally, having a dedicated architecture for a fuel cell setup makes it possible to relocate the battery to the trunk and provide more cabin space for the passengers.

The NEXO is powered by a 40kW battery pack that delivers energy to its 120kW electric motor. Hyundai claims that it has enough torque to reach 100kph in 9.6 seconds which is actually impressive for a vehicle that lacks an engine. 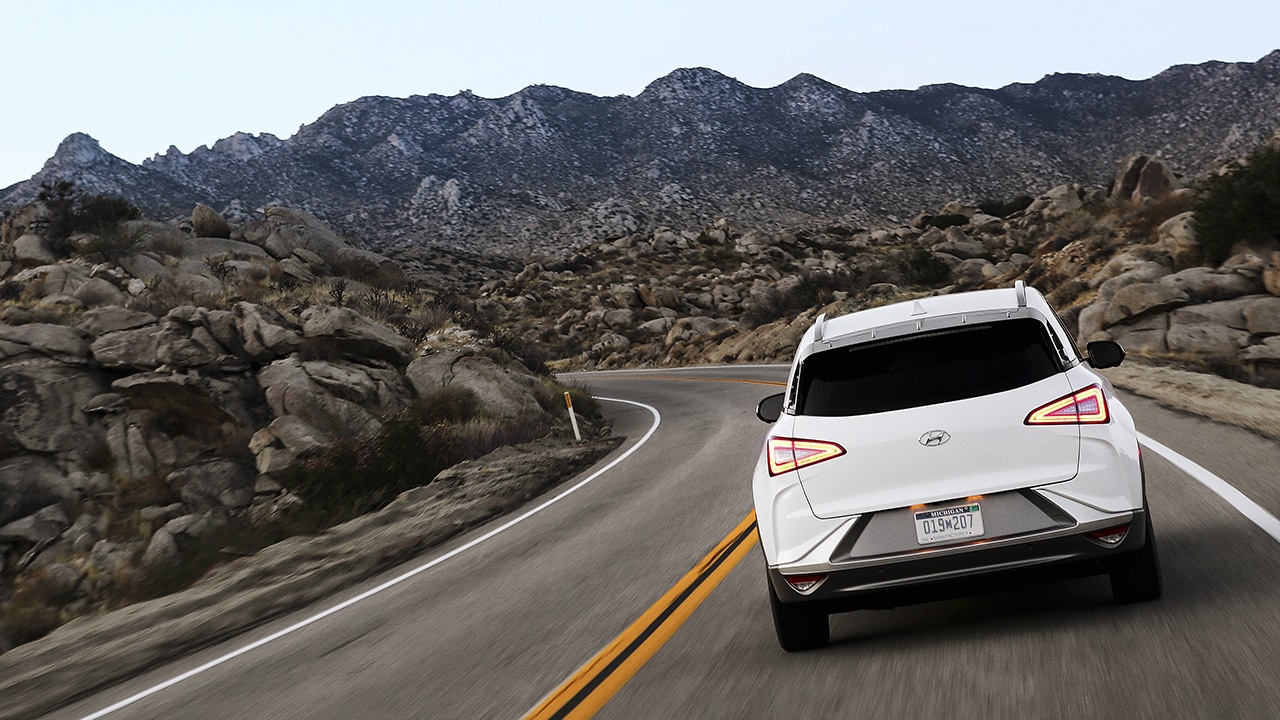 Finally, while other battery electric cars take hours to fully charge, NEXO only needs five minutes to fill up its hydrogen storage and can go for up to almost 600km.

Pricing is still undisclosed as of the time of writing but it should be available in select markets around the world starting early this year.