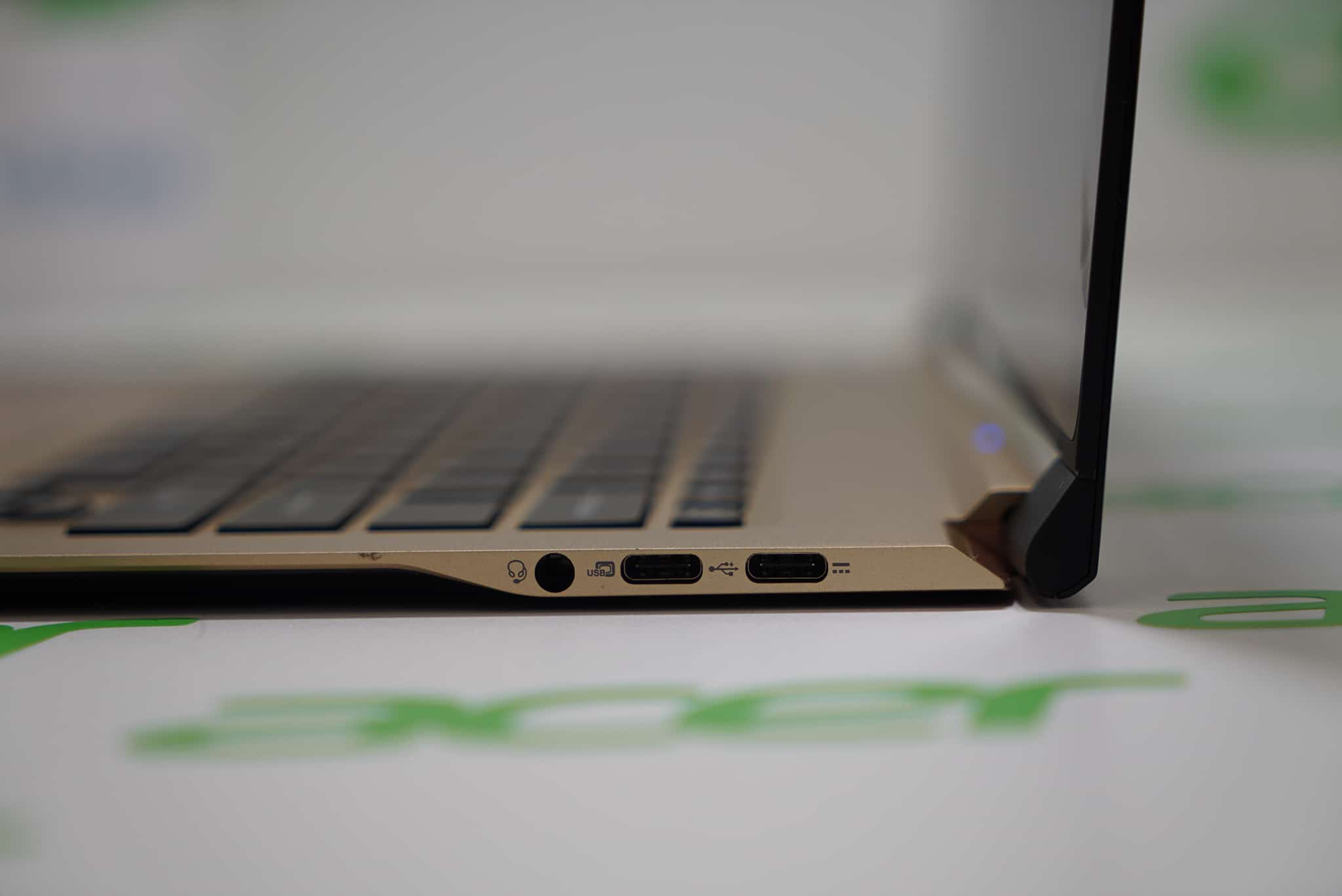 Every year at a consumer electronics trade show, when the lights shine the brightest, at least one company takes an idea and really runs with it in an attempt to smash previous records (very temporarily) and set the internet on fire (also very temporarily).

This year, that distinction apparently belongs to Acer, which announced not one, but two products that make their contemporaries seem — and i”m putting this mildly — inferior.

The Acer Predator 21 X crams a 21-inch curved display with eye-tracking technology, two (two!) top-of-the-line Nvidia graphics cards that can work simultaneously, and five cooling fans to keep its internal components from melting a hole through your desk or jeans.

It’s basically a premium gaming laptop on steroids and meth, but supersized. And, yes, the “X” could stand for “expensive,” as it will reportedly cost around $5,000 when it begins shipping in 2017. 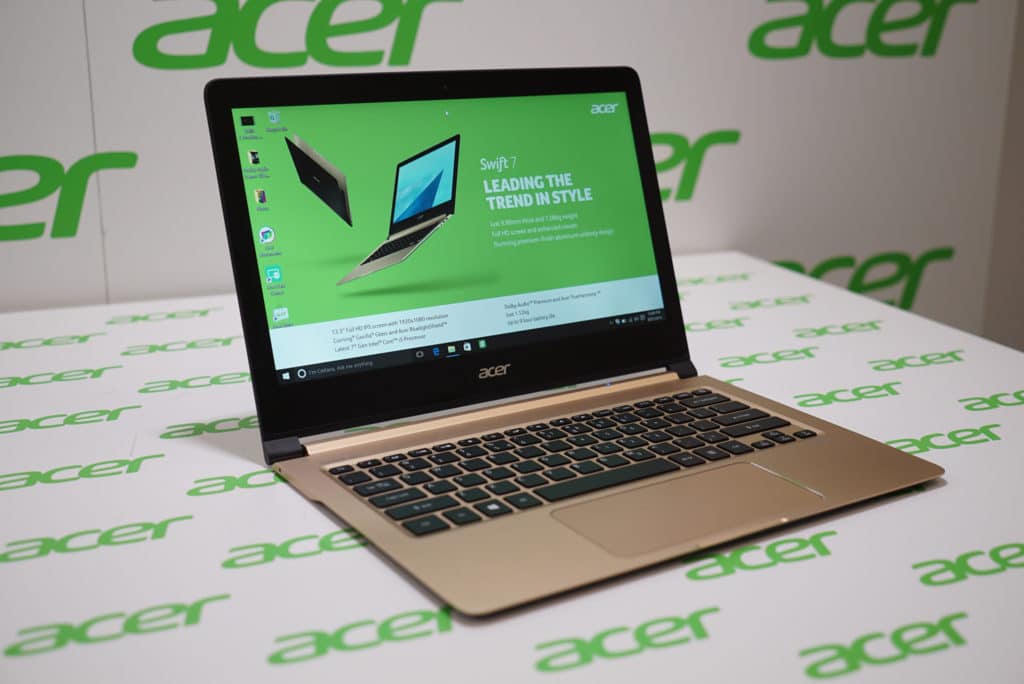 And there’s the Swift 7, also from Acer. What it lacks in presence and bleeding-edge tech, it makes up for in convenience and portability. The Swift 7 is not just impossibly lean — it’s the leanest laptop ever built, its black-and-gold, all-metal chassis coming in at just 9.98mm. Or, as Acer likes to put it, less than a centimeter thick. And at under 2.5 pounds, it weighs about as much as the average 12-inch notebook running Google’s Chrome OS.

It gets better, as the Swift 7, unlike most ultra-portables, doesn’t skimp on horsepower in order to out-thin the competition; we’re told it will come with Intel’s recently announced Kaby Lake Core i5 processor, 8GB of memory, and 256GB of SSD storage. Acer says you can get up to 9 hours with the standard configuration. 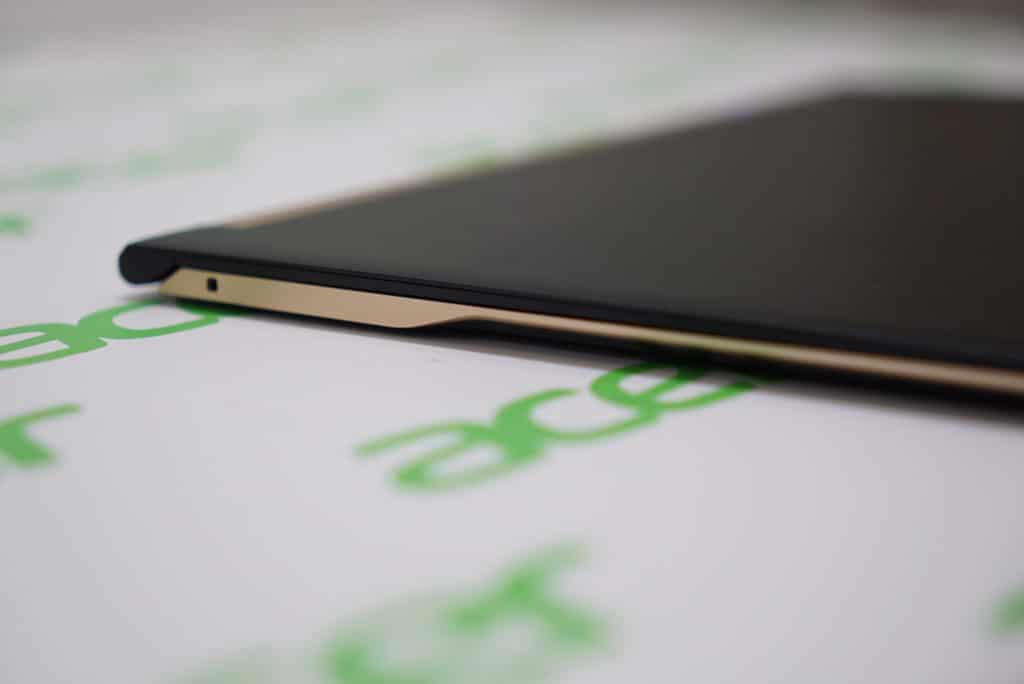 There are only two USB-C ports and one headphone jack on the sides of the Swift 7, which, considering how thin it is, is totally acceptable. The sole concession it has made to go under the one-centimeter mark — the only one we’re aware of so far — can be found on the lid where the 13-inch, non-touch display sits.

The world’s thinnest notebook (as of press time) is due to arrive in October with a starting price of $999. 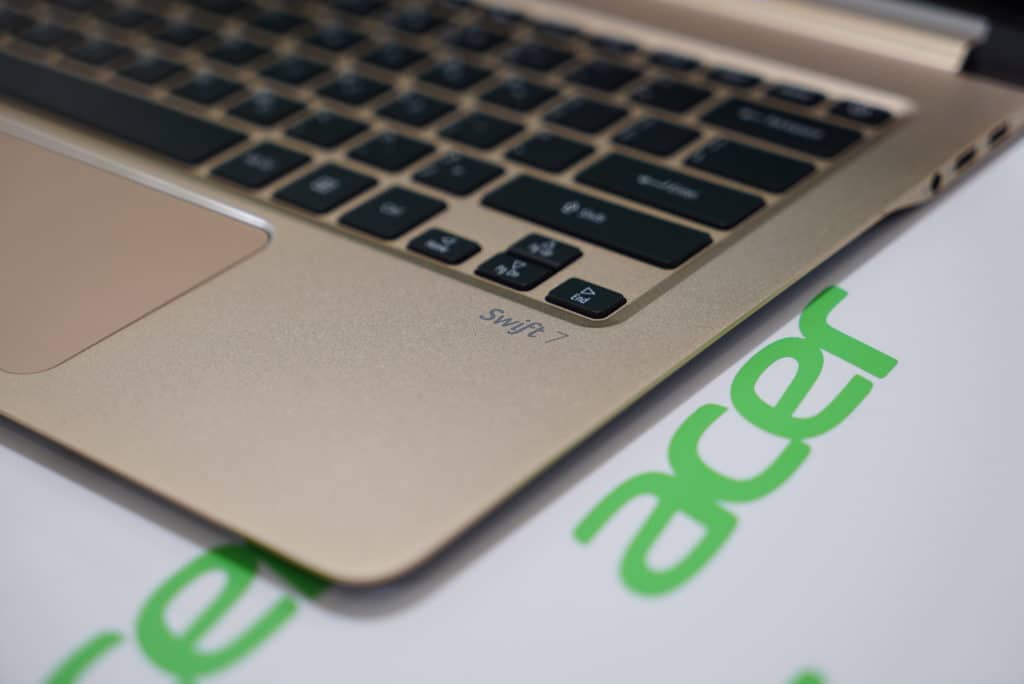