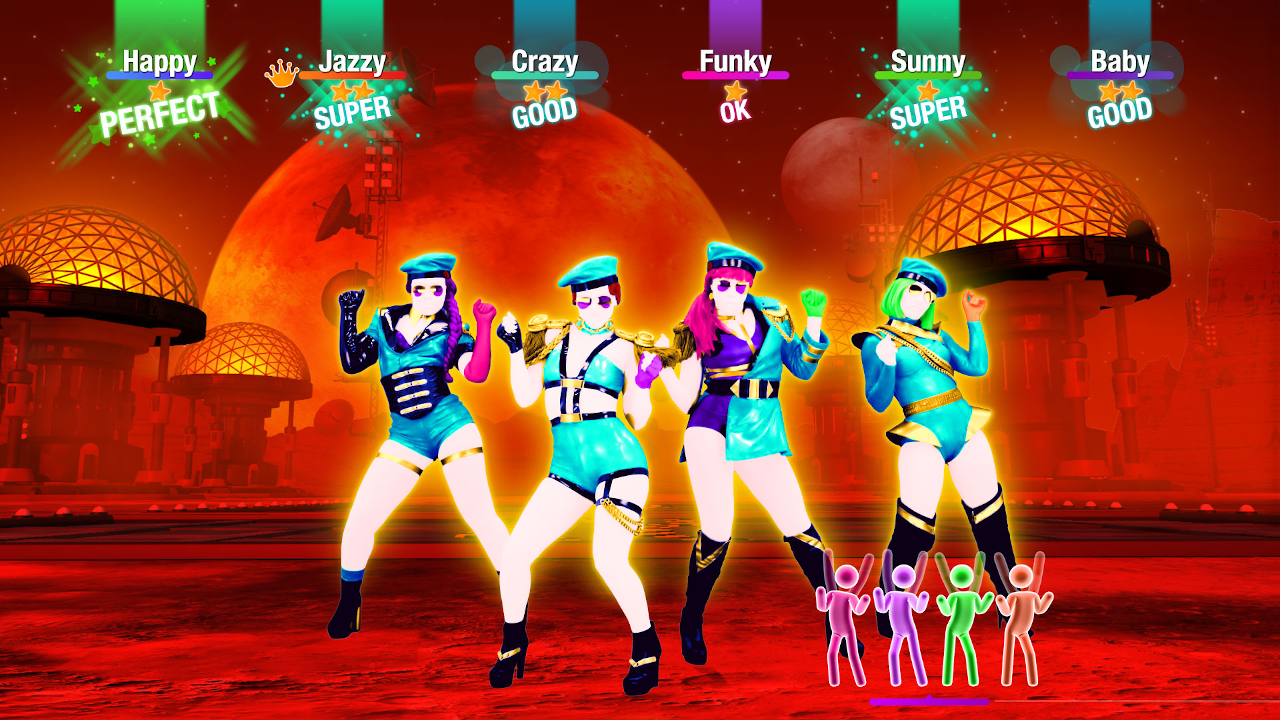 I recently snagged a copy of Just Dance 2020 for the Nintendo Switch, having little experience of playing it on the PlayStation 4. As someone who used to dance a lot these past few years, this was one thing I felt I should add to my workout, especially now that the quarantine had forced me indoors.

Surprisingly enough, there is some benefit to it. If you love to dance (like me) but can’t be bothered to learn competition-level routines, playing this game can get things going. If you also need some form of cardio to start your workout, this game provides that, as well. And it’s all thanks to one nifty in-game feature.

Just Dance 2020 brings back the Sweat Mode feature introduced in Just Dance 2 for the Nintendo Wii. Essentially, it is a separate mode dedicated to calculating calories and, in its early days, more physical routines. The game featured it as a standalone mode in earlier versions, but has been just an in-game feature since Just Dance 2016.

With a push of a button, you can activate Sweat Mode and instead of difficulty, it displays the intensity of the routines. When you start one of the routines, it also calculates how many calories you’re burning with the routine. Also, it keeps track of how much time you’ve spent on the mode so if you’re strict with your cardio time, this is good.

For the light cardio enthusiast

“God Is A Woman” features a routine that’s mostly heavy on the arms and the hips. I felt that it was mostly designed to be done in place, so don’t expect too much moving around the room. Also, this is great for anyone who just loves to channel their inner Ariana.

Although designed to be a couple’s dance (a duo of couples to be exact), “Despacito” is also a pretty light track for cardio. Again, a ton of emphasis on your arms for this one, but there’s this one part where your shoulders take a beating. Still, a chill party song by the beach just requires the same intensity for the routine.

Ten minutes worth of cardio before starting the workout

Now, depending on your preferences, you can choose to do most of these songs or all of them.

Now, I didn’t include this just because I’m a ONCE, but precisely because of the large gestures the routine brings. It has a moderate intensity by Just Dance 2020 standards, and it’s obvious in the large arm movements. If you really want to go all out, I suggest doing the actual choreography to the song, which I’m still peeved they didn’t incorporate in the routine somehow.

The Medium difficulty of “Bangarang” features a ton of arm movement and some squats to start. Movements are mostly stationary, but there’s some jumping involved. Even if these are done in place, it’s pretty repetitive but energy-consuming.

Even if this has an intense rating, “Bang Bang Bang” starts off pretty slowly. There are moments in the routine for some cool down and high pumping energy, making it ideal for regular cardio. Also, the chorus has some moves taken from the actual choreography by BIGBANG so if you’re familiar with them, use it to your advantage.

“Beauty and a Beat” has some fairly simple movements, except you will find yourself moving around a lot. If you’re playing this on the Nintendo Switch, this really won’t be a problem since it only tracks your hand. Also, the dance break in between focuses a lot on your elbows so prepare to sweat a little bit.

Intense cardio for the intense workout

My personal suggestion is that you do all of these if you’re that heavy on cardio.

To fully maximize this track, the way to go is like this: start with the Hard difficulty track then proceed with the Extreme version. Both routines were given an intense rating anyway, so better to acquaint yourself with the song first. The Hard routine takes several pieces from the actual choreography, and it’s meant to be an exhaust fest.

After doing that, proceed with the Extreme routine, which is quite literally the closest you’ll ever be to being a member of BLACKPINK. It’s not just in the movements you’ll be doing in the routine, but the entire chorus is taken from the actual choreography, STEP BY STEP. If you’re a BLINK, you better get the chorus perfectly!

This routine does bring a competitive-level of movements, like floor work and fast-paced arm moves. It’s a breakdancer’s zumba routine designed for real intense cardio. If you do this after the Medium difficulty routine, you’ll be tired once you get to the 2nd chorus. Take note of your arms and body control.

“Bum Bum Tam Tam” is a couples routine, and you will spend most of it moving side-to-side in the room. The routine comes with a ton of arm and leg movements that will leave you winded afterwards. It is intense cardio after all, but there are moments in the routine when you can cool down so it’s not all bad.

There are plenty of other tracks depending on your own choosing and intensity, so dance the calories away. But also, do this as part of the workout instead of making it the whole workout, and don’t forget to eat your meals and hydrate!