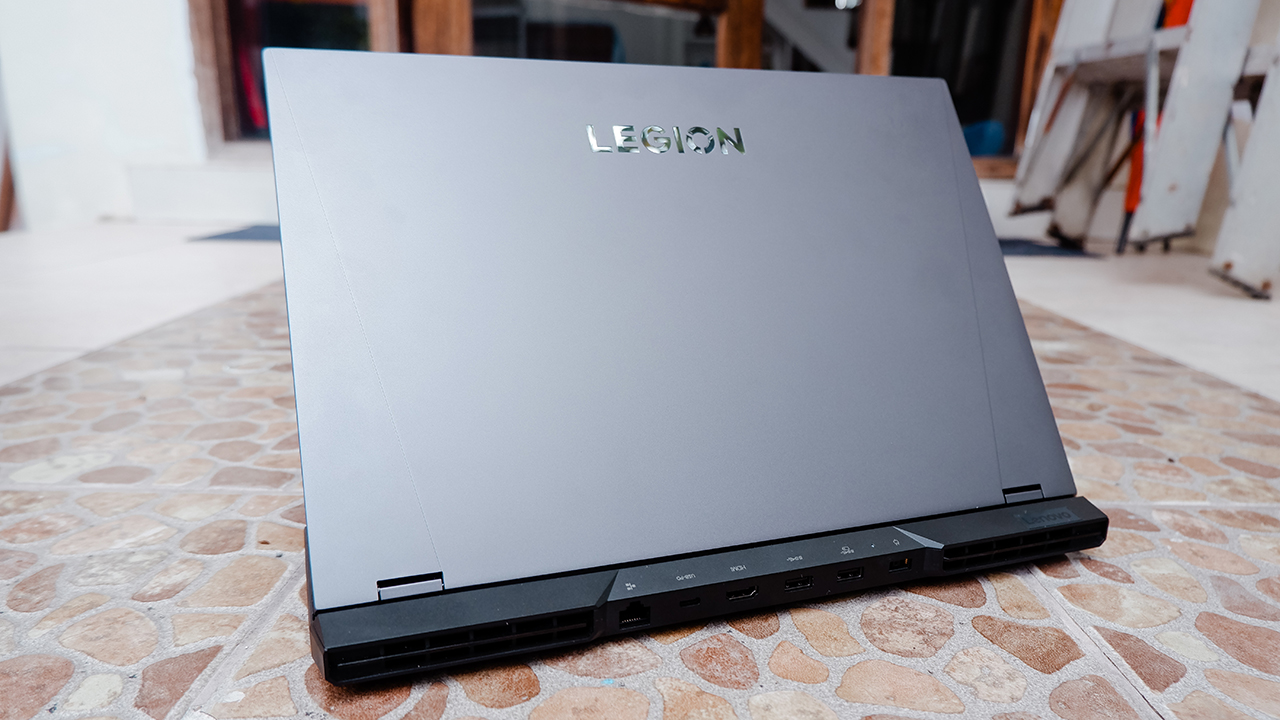 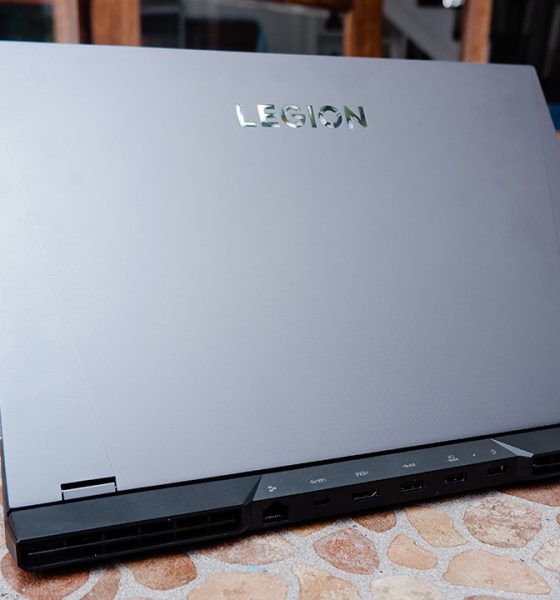 Lenovo Legion 5i Pro review: A “pro” in professional gaming

Engineered for success from inside and out

When it comes to a great selection of gaming laptops, no one does it quite like the Legion brand. Lenovo’s dedicated gaming brand produces some of the best in the market for a variety of gamers out there. Whether you’re the brash, highly competitive type or the more subtle one of the group, there’s a perfect one for you.

For 2022, Lenovo’s latest take on a “professional” gaming laptop comes in the form of the Lenovo Legion 5i Pro. Like its predecessors, it’s not the flashiest nor the most color-laden model, yet it boasts the same raw power and performance any gamer needs. Of course, the “Pro” in the model also includes features for an extraordinary young professional on a daily grind.

Is this the all-around option a professional like yourself could be looking for? 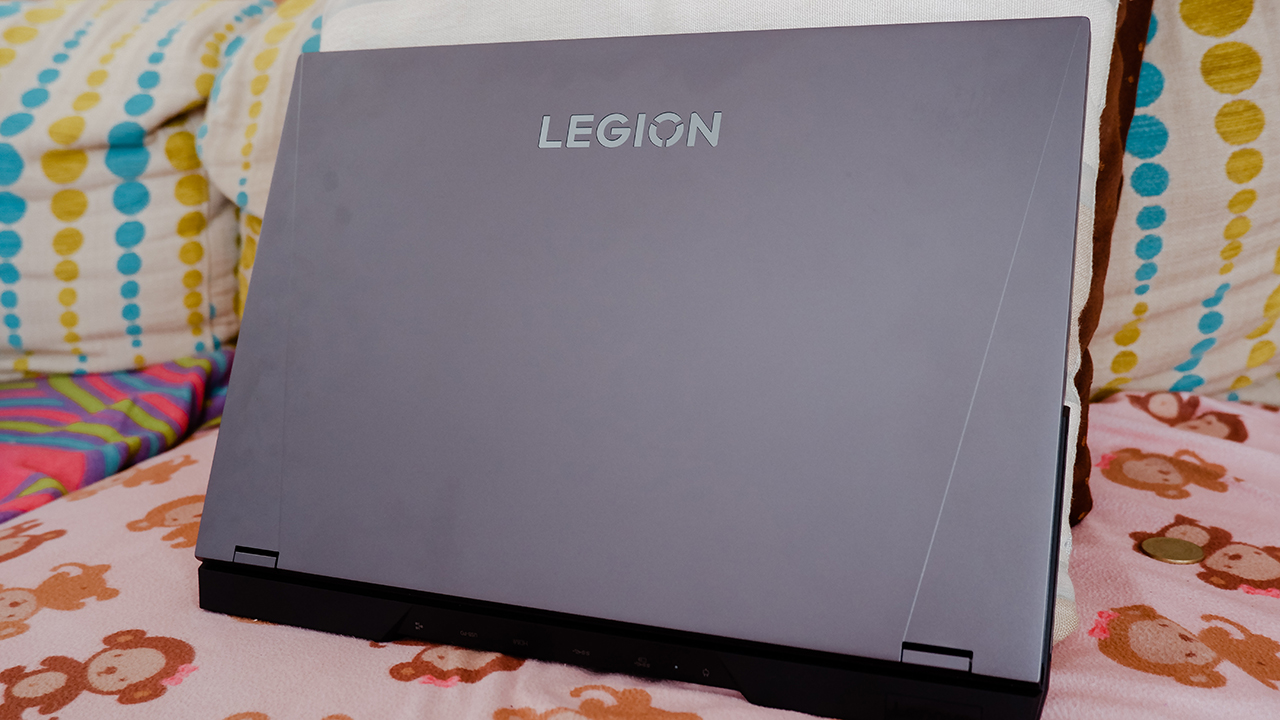 Upon first glance, the Lenovo Legion 5i Pro has a subtle aura to it, mostly due to its Space Gray finish. As part of the Legion Pro series, it passes off as any work laptop working professionals use in the office. Now, one of the key differences is that this laptop is on the bulkier side of things.

While it is a portable gaming device at its core, it’s quite heavy to bring around on a day-to-day basis. It will fit most laptop bags or backpacks you bring it in, but you will feel a bit of its 2.49kg worth of heft mostly due to the components it has inside. Although, it’s worth it considering what the device rocks with (more on that later). 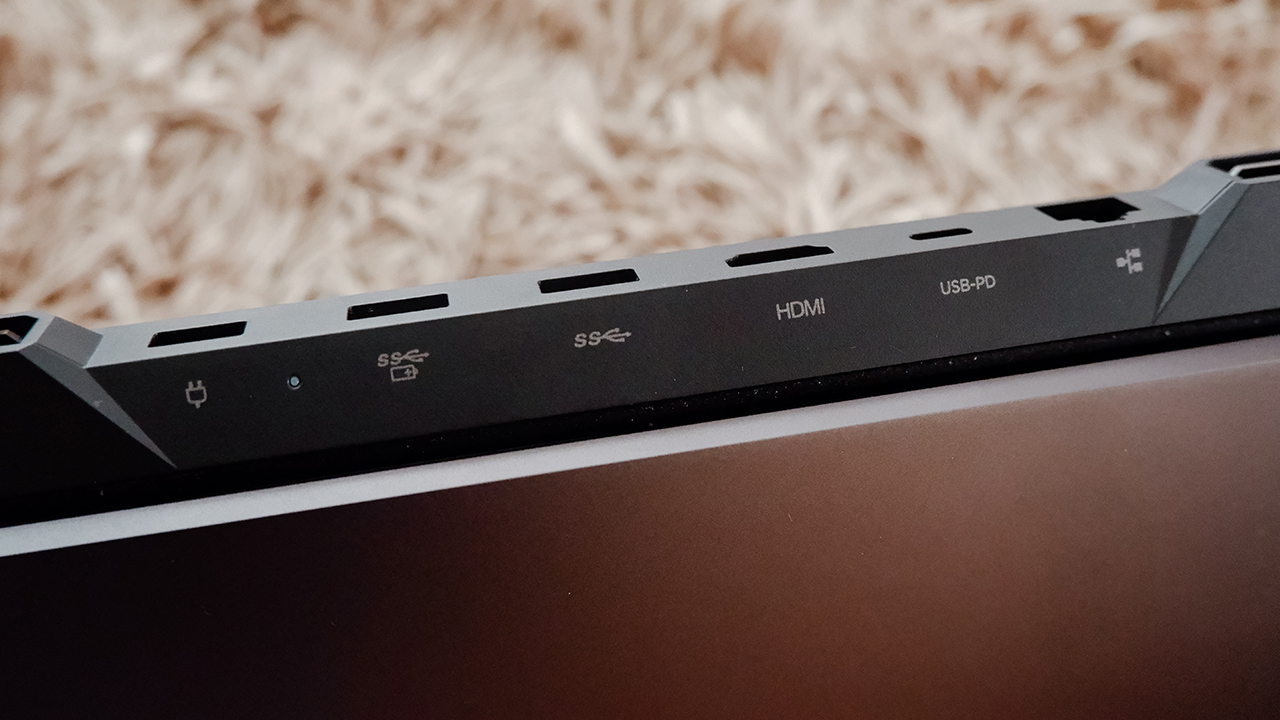 In terms of overall design and port selection, the Legion 5i Pro doesn’t fall short on the essentials. From the available USB-A ports to the Ethernet jack and Thunderbolt 4 USB-C ports, this laptop can fully support a wide variety of peripherals at your disposal. Plus, most of the ports are placed at the back, so no cables get in the way when you’re playing.

Delivers incredible performance for the everyday 9-5

Like every other gaming laptop out there, the Lenovo Legion 5i Pro packs a punch in the performance department for everything you throw at it. With a 12th Gen Intel Core i7 CPU and 32GB of RAM, this machine is as versatile as advertised. For most work-related tasks like creating presentations and creative tasks, the Legion 5i Pro excels at these with ease. 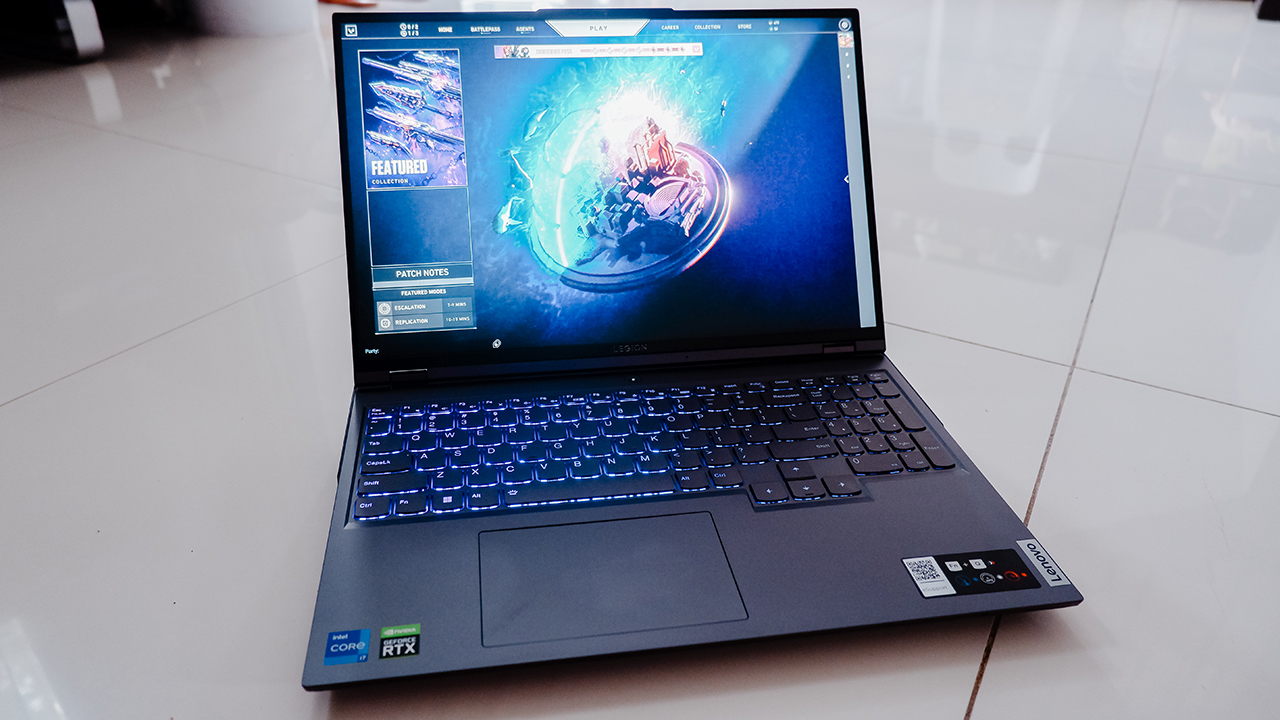 Another facet of the Legion 5i Pro that delivers as advertised is its 16:10, 165Hz refresh rate IPS display. At 500 nits peak brightness, the display provides great color accuracy and doesn’t wash out any deep blacks when watching dark videos. Of course, the high refresh rate makes animations run smoother, which is perfect for both gaming and entertainment.

Gaming worth doing after work hours

Speaking of gaming performance, the Lenovo Legion 5i Pro boasts something great with a minor setback in between. First off, the NVIDIA RTX 3060 inside the device handles most games well at relatively high settings. Not only will you enjoy high frame rates, but you will also have the benefit of playing in great detail. 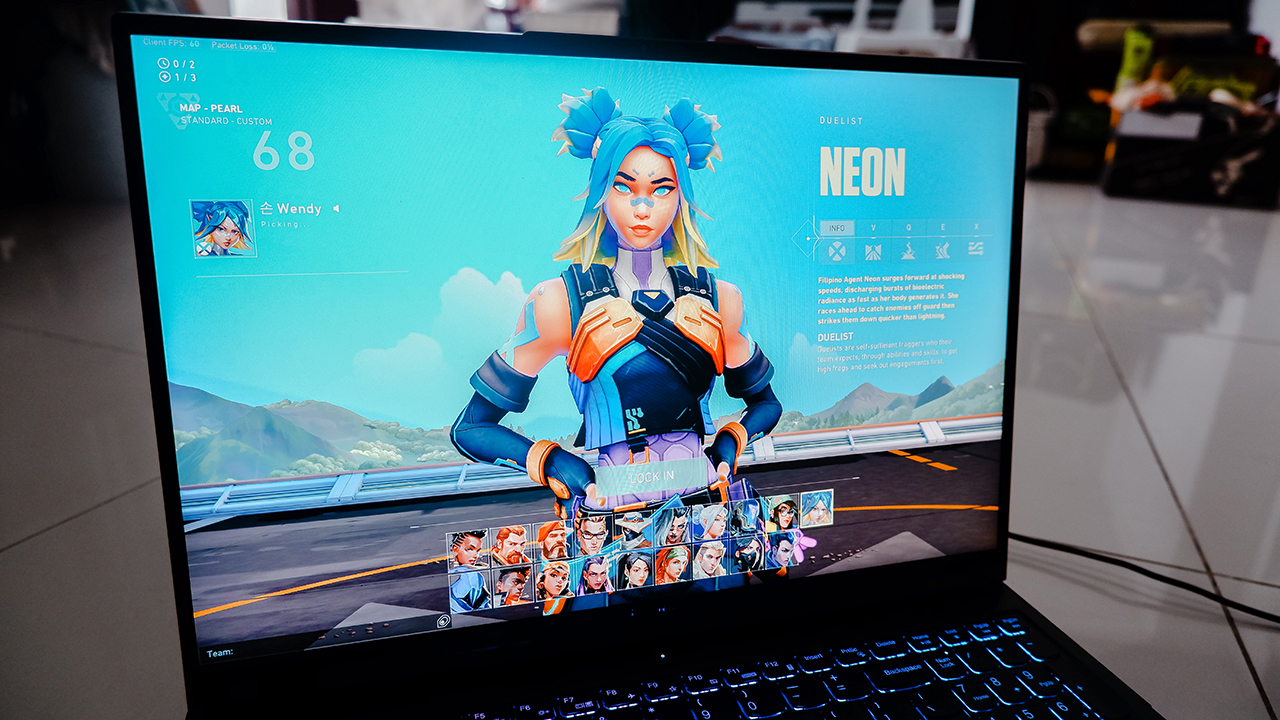 Secondly, if you do decide to turn down graphics settings, the Legion 5i Pro gives you high enough frames to compete at the highest level possible. Of course, this is further supplemented with the 165Hz refresh rate display allowing you to see elements a bit faster. For graphically-heavy games, the RTX 3060 handles these well enough to give you around 60-80 frames per second (FPS).

However, for games that support ray tracing, the RTX 3060 barely scrapes by even with the increased quality in detail. Frame rates for ray-tracing supported games hardly reached 30 FPS and were slow to respond with keyboard inputs, at times. Although, if you only play game modes that don’t demand too much from the GPU, you will appreciate the intricacy in the details and reflections. 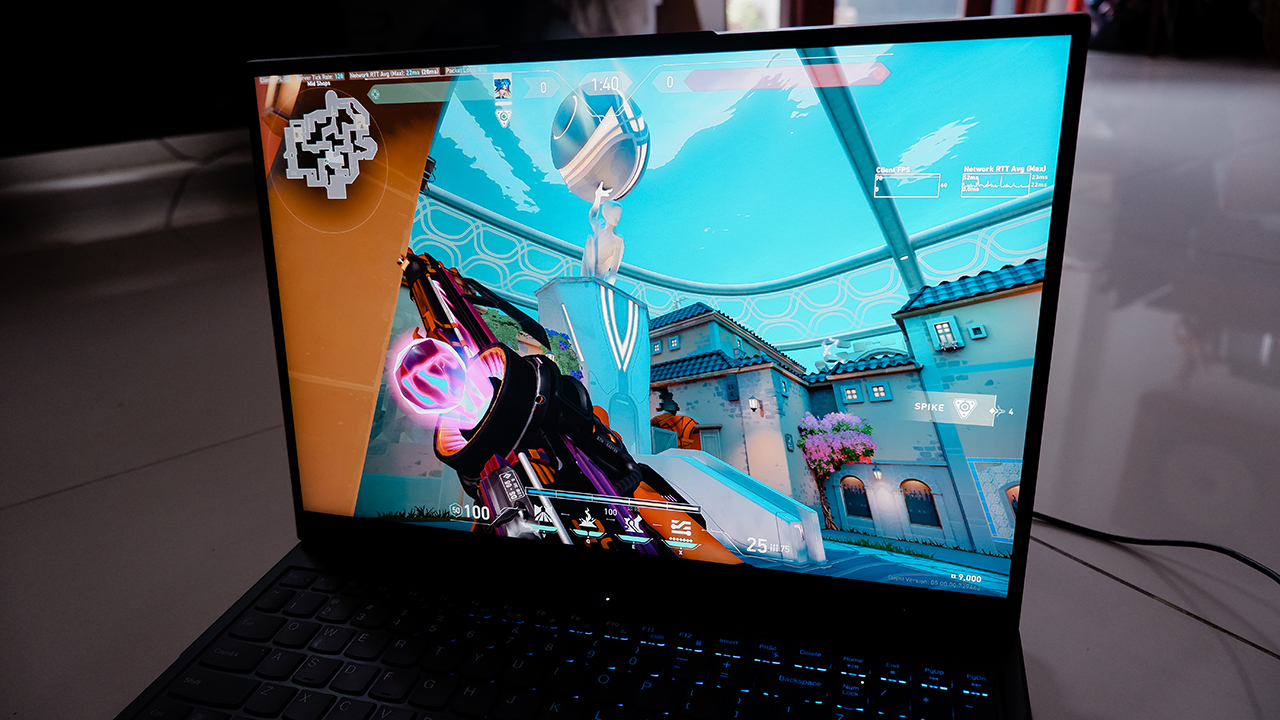 It’s a bit too warm in some cases

At this point, no device is safe from the heat when the competition gets intense. As such, Lenovo’s Coldfront 4.0 cooling system kicks into high gear to keep the device as cool as it could be. The thing though, however, is that this isn’t particularly the case with the Legion 5i Pro.

In most cases, the device didn’t feel incredibly hot to near boiling point compared to other devices. However, after about an hour or so of playing games at decent frame rates, it felt uncomfortably warm near the WASD keys even while playing on a desk. Imagine playing games on your actual lap for one hour! 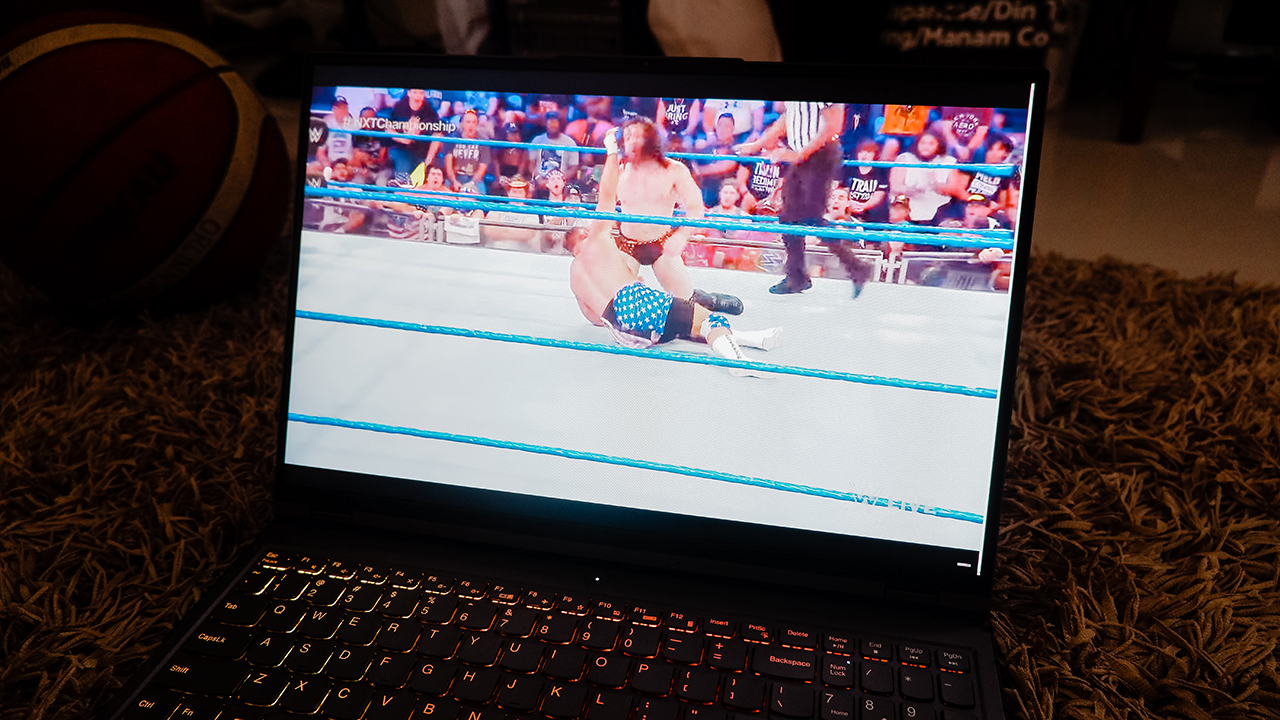 Not the longest lasting machine

This ties in pretty well with the laptop’s battery life when you’re doing all sorts of things. When used for most day-to-day tasks and casual gaming, the Legion 5i Pro lasts for around 10-12 hours before reaching for the charger. If you switch it up to only play games and at decent frame rates, it only lasts for one to two hours at best. 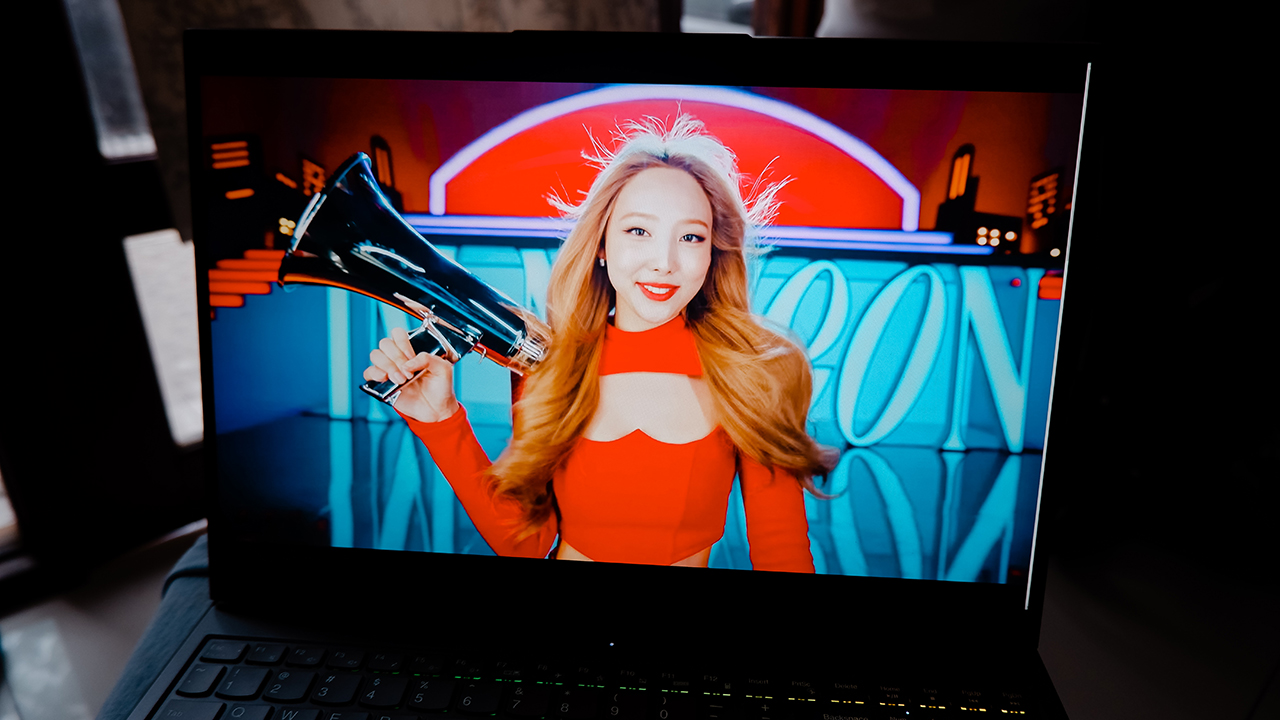 Charging the device, however, doesn’t take too long especially when you want to get back into the thick of things. With Fast Charge enabled, the Legion 5i Pro goes from 0 to 100 in an hour while idle. When you’re using the device while charging, it takes about an hour and 45 minutes, which isn’t too bad.

Starting at PhP 119,995, the Lenovo Legion 5i Pro is a subtle powerhouse for any type of gamer or professional out there. The hardware inside boasts great power to bolster any task you throw at it, whether it’s for productivity or gaming. Also, if you’re not into flashy designs, this laptop is a perfect fit. 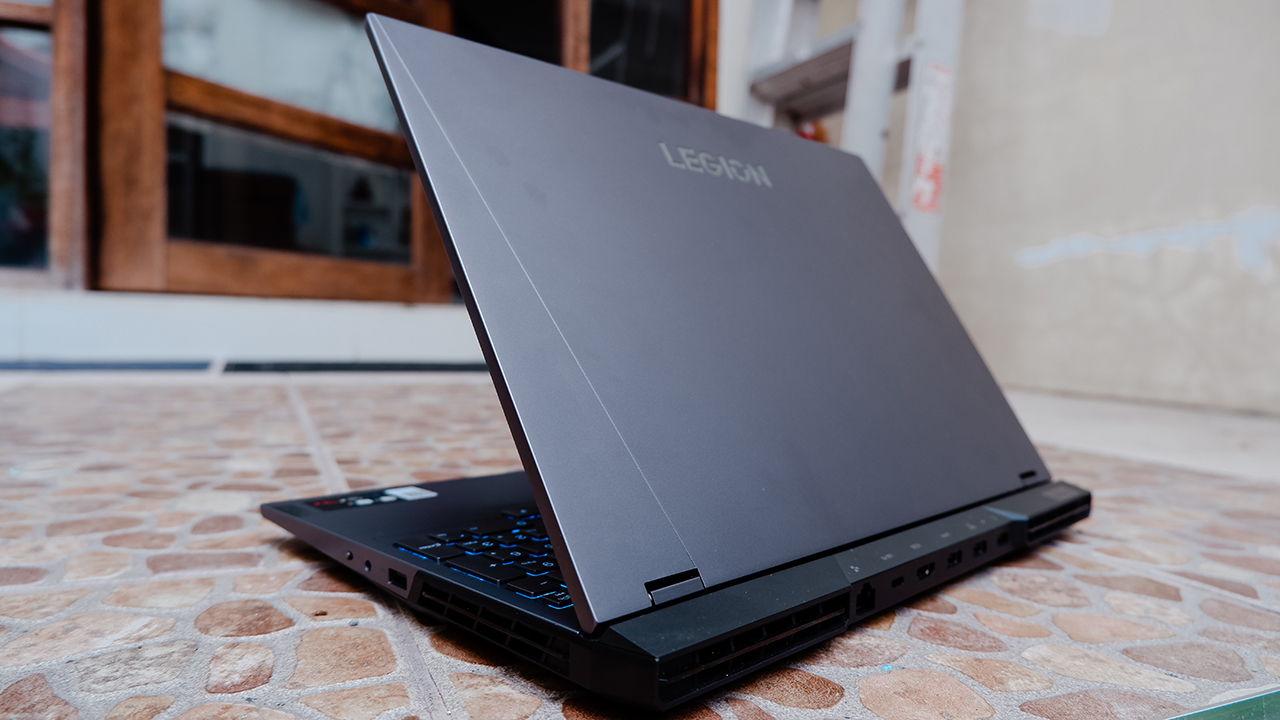 Of course, not every gaming laptop built in this world is perfect. From the heat to the short battery life, these are the sacrifices you’ll deal with for a device as professional-looking as this. Although, Lenovo ensures users that these wouldn’t get in the way too much when you buckle down and get to work.

The Lenovo Legion 5i Pro is one versatile gaming device, and a worthy option for anyone looking for a more all-around device to bring around. Whether you’re on that 9-5 work day or that after hour gaming stream, this definitely has the potential to give you what you need, and then some.