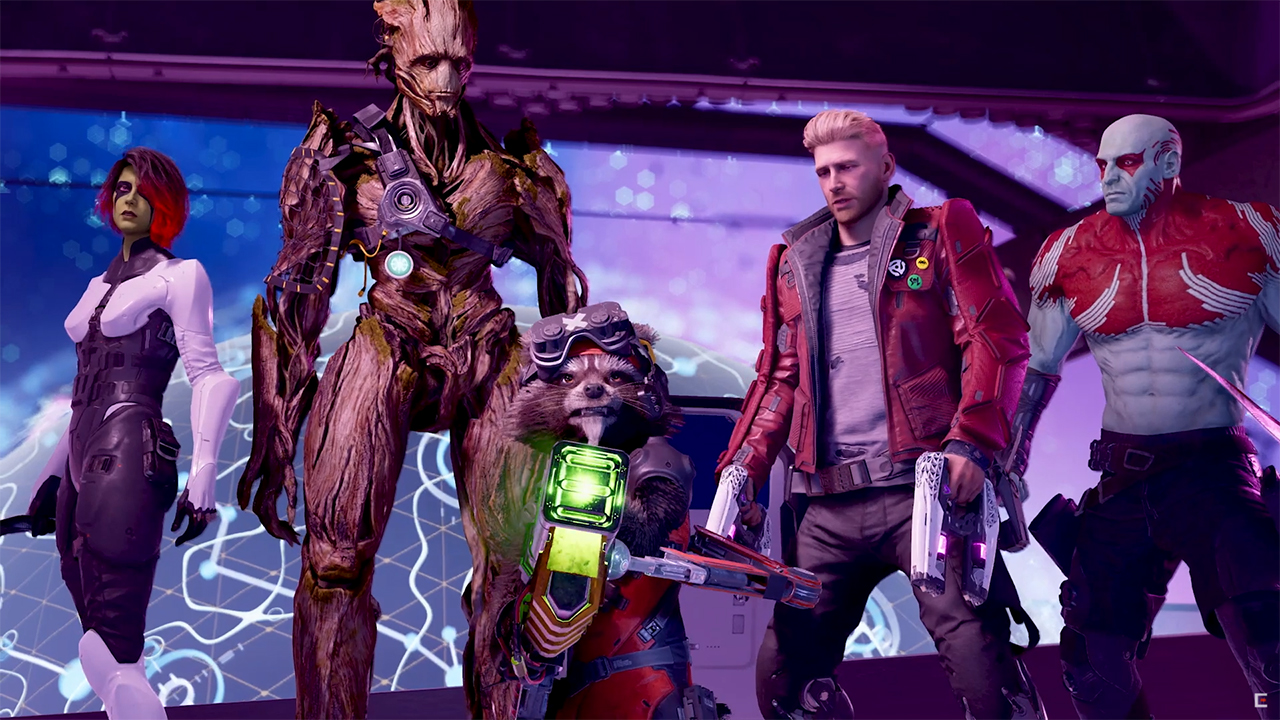 Back in E3 2021, Square Enix announced the arrival of their new game based on the Marvel universe. This time around, they turned their attention towards a ragtag group of heroes sent to defend the galaxy from any and all threats. Now, they’ve released a new cinematic of the new threat you’ll face in Marvel’s Guardians of the Galaxy.

A church of truth exists

Right off the bat, the trailer begins with a shining light beckoning the Guardians inside a space craft. Of course, our main man Star-Lord puts on his mask and points his blasters towards the light as a sign of an imminent threat. True enough, a mysterious figure appears out of the light, flanked by two large-sized floating entities. From here, it seems that our mysterious figure was expecting their arrival from the get-go. 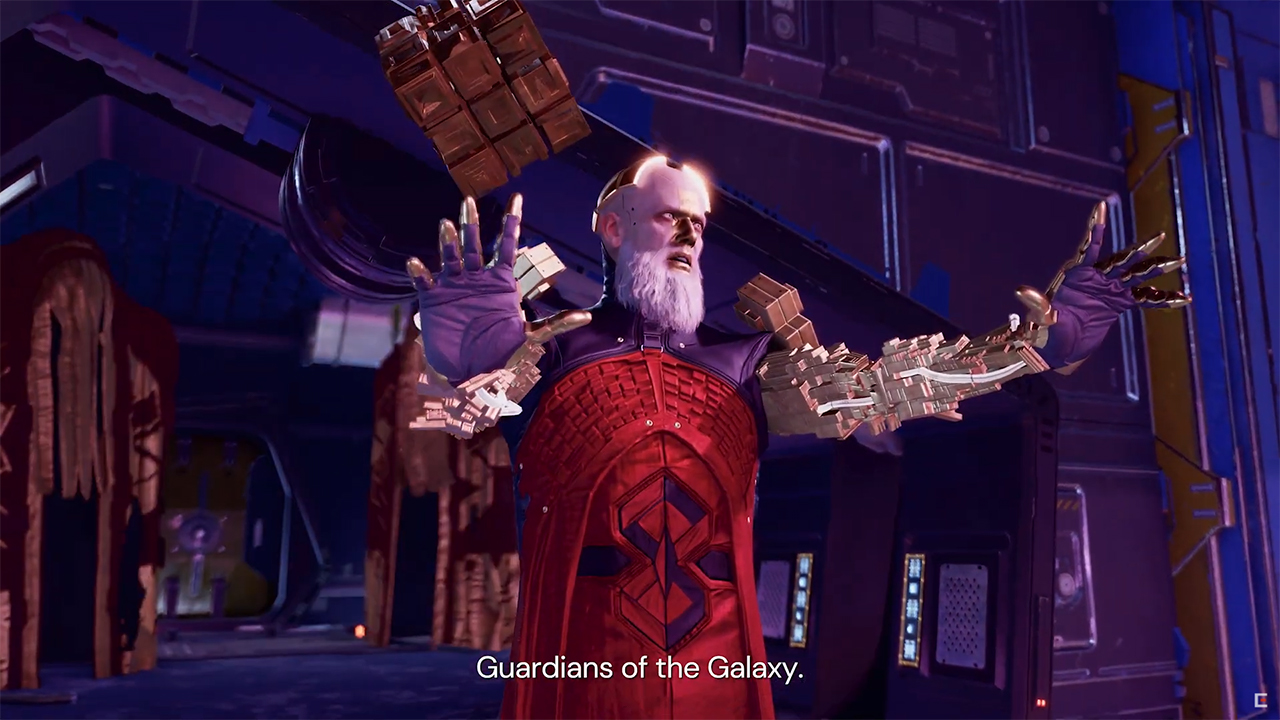 Star-Lord identifies him as Grand Unifier Raker, and honestly from that alone, you could tell that he’s a rather familiar figure to the Guardians. I mean, the leader of the Guardians even goes on to feel a little amused that Raker has heard of them and even spared their lives. Raker then indulges the group’s inquiry for “the truth” and invites them to meet another mystery figure in “The Matriarch.”

Based on this two-minute cinematic, it’s clear who you will be up against as you progress farther into the game. However, the cinematic doesn’t really touch on their intentions for the galaxy just yet.

While we’re here, let’s talk about the gear that our heroes are rocking, especially the weapons. For starters, each Guardian comes with their own unique weapon set, like blasters, blades, and quills. If you’ve ever watched any of the movies, some of these weapons will be familiar to you. 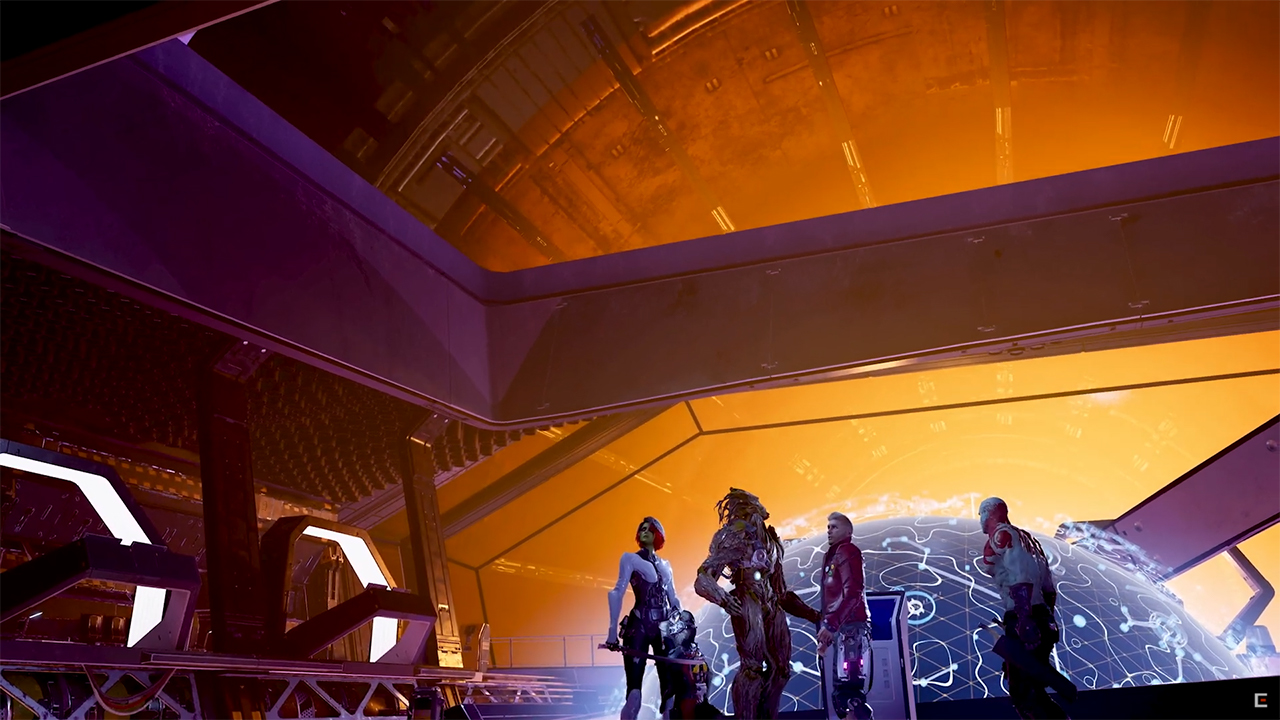 Early in the cinematic, it showed us a glimpse of Star-Lord’s double blasters as he welcomes our beloved Grand Unifier Raker. Along the way, Rocket shows off his massive cannon blaster, along with a look at Drax’s dual blades (the comics portrayed them as knives). While you only get to play the game as Star-Lord, it’s good to know what your team is bringing to the table.

Marvel’s Guardians of the Galaxy will be available on October 26, 2021 for PC and both current and next generation consoles.

Related Topics:Marvel's Guardians of the Galaxy