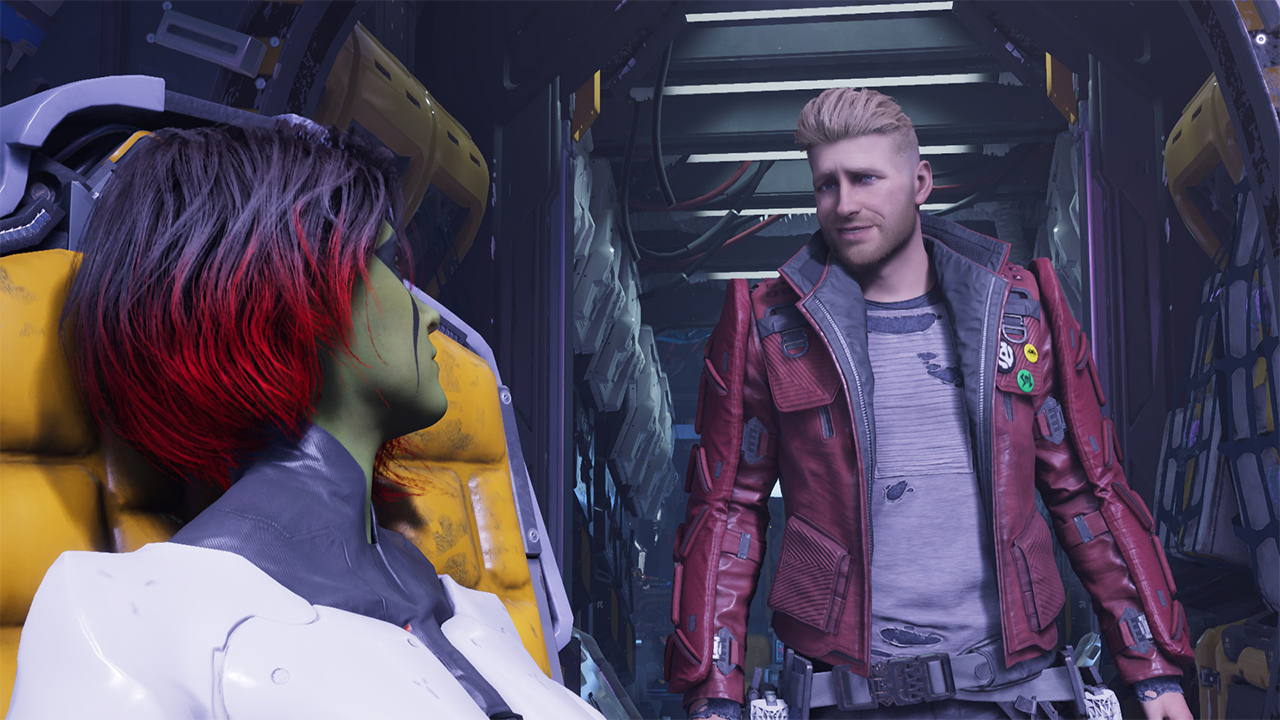 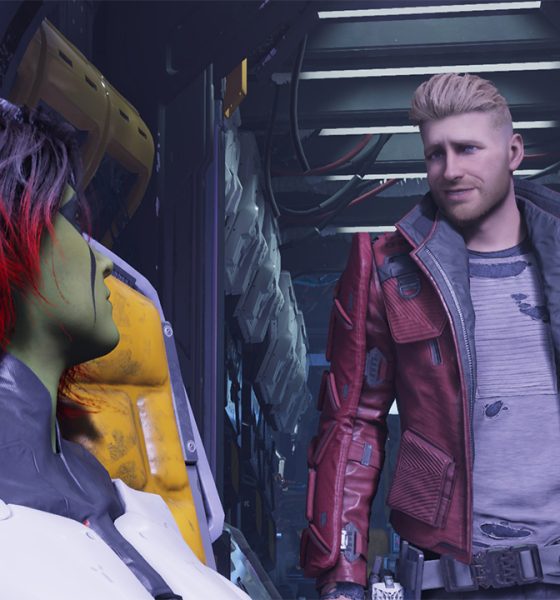 Marvel’s Guardians of the Galaxy: Not as clumsy as you think

The superior group of crazy individuals against a common threat

When SQUARE ENIX took a crack at producing video games about our favorite Marvel superheroes, I thought it was promising. In a time when Avengers: Endgame was at its peak in popularity, an Avengers-themed game seemed like the perfect fit. However, Marvel’s Avengers didn’t exactly live up to expectations, but I felt it was a good start.

Some time later, they decided to go a bit smaller in team size and focused on another famous group of heroes in the Guardians of the Galaxy. From the MCU, you would describe them as arguably the most chaotic set of individuals that had to coexist under one roof — and justifyingly so. Even with their obvious differences, they’re the galaxy’s answer to every possible disaster out there. 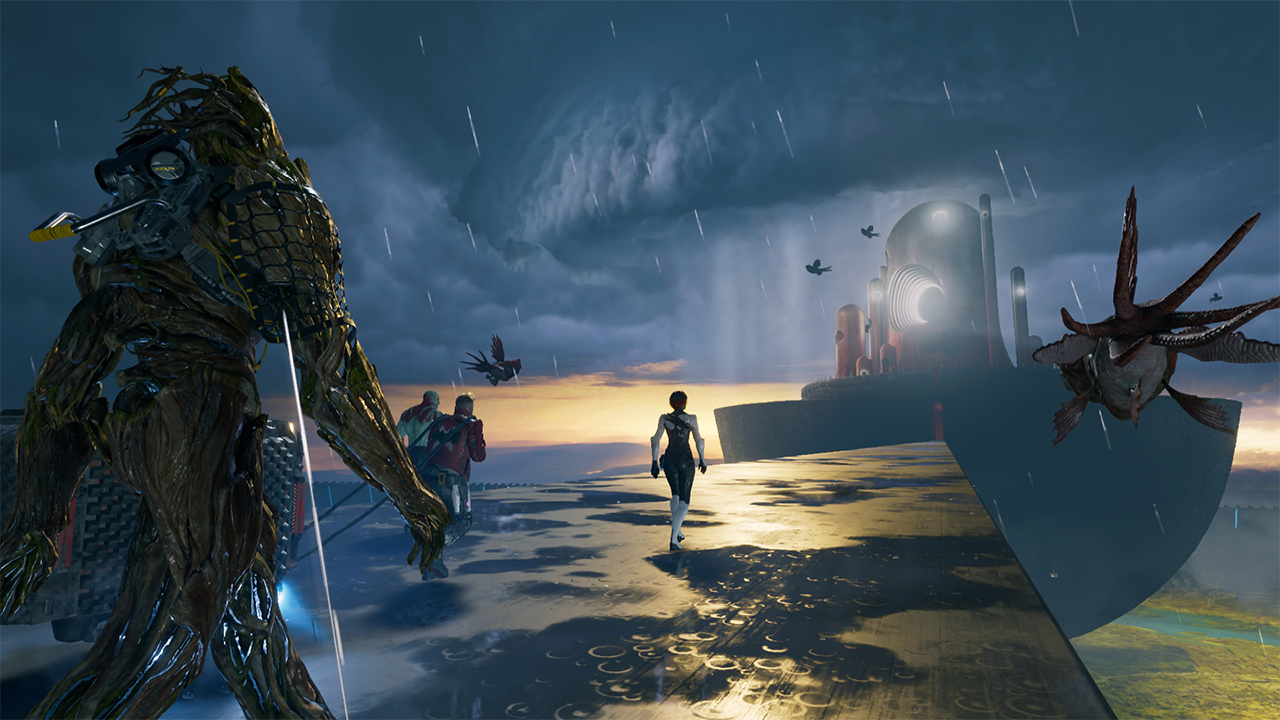 With this in mind, SQUARE ENIX hit a bit of a reset button and made a new game about the most unconventional band of misfits you can imagine. Does Marvel’s Guardians of the Galaxy warrant your attention as a standalone Marvel game?

The true Star of the show

The title alone already gives you an idea of who you’ll be playing throughout the entire game, except it’s a single-player game all throughout. See, Marvel’s Guardians of the Galaxy dives deep into the adventures of five ragtag creatures across, well, the galaxy. If you’re not familiar with the team composition, members of the Guardians include Star-Lord, Rocket Raccoon, Drax the Destroyer, Gamora, and Groot.

In this game, however, you will exclusively play Star-Lord, the leader of the group and the reason Thanos succeeded in the first “Snappening.” All gripes aside, this game allows you to take control of pretty intense situations both internally and externally as the leader. Also, you will engage in lots of quicktime events that affect your relationships with the rest of the team.

Honestly, I’m pretty okay with this if they were that interested in a more concrete way of providing leadership training to young Star-Lord. Although, I was hoping that there would be a little bit more Guardians integration, like playing as one of them in some scenarios. You’ll see later why I said this.

Now that you know the Guardians, time to meet the imminent threat they’re saving the galaxy from. In this game’s storyline, the Guardians of the Galaxy come face-to-face with an entity simply known as Grand Unifier Raker and the Universal Church of Truth. Of course, you’re practically doing all this while trying to pay a hefty fine to the government. 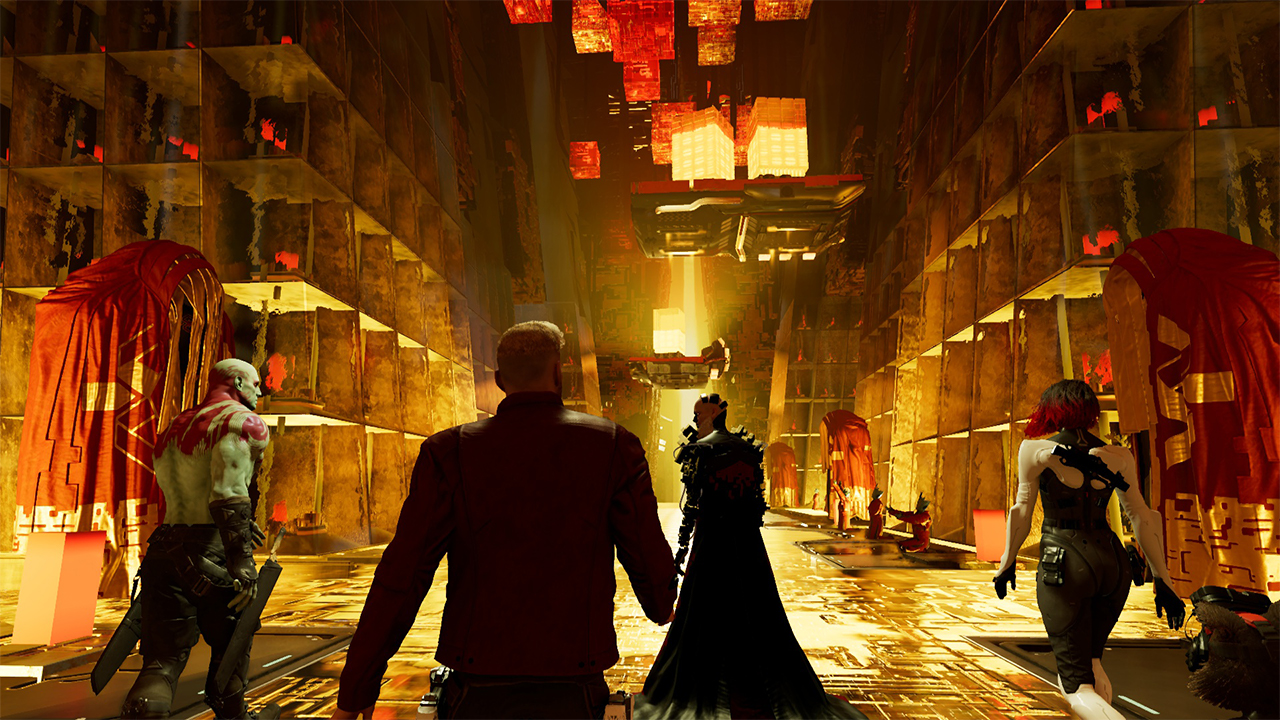 Storyline-wise, I thought that everything progressed well enough to keep up even for non-Marvel Comics fans. In my eyes, there weren’t too many unexpected twists and turns that you’ll have to do mental gymnastics for. Also, I actually like that little secret alternate ending that you unlock in the middle of the game if you make a crucial decision along the way. I won’t tell you what it is, it’s best to figure it out on your own.

Gameplay as a group, controlled by one

For the majority of my playthrough, Marvel’s Guardians of the Galaxy likes to put you in group combat and exploration situations. Think of it like it’s a pseudo-open world as you scour the entire universe for components and secrets to unfold. Of course, every time you try to divert away from the group, they make it a point to call you out on it in sarcastic tones. 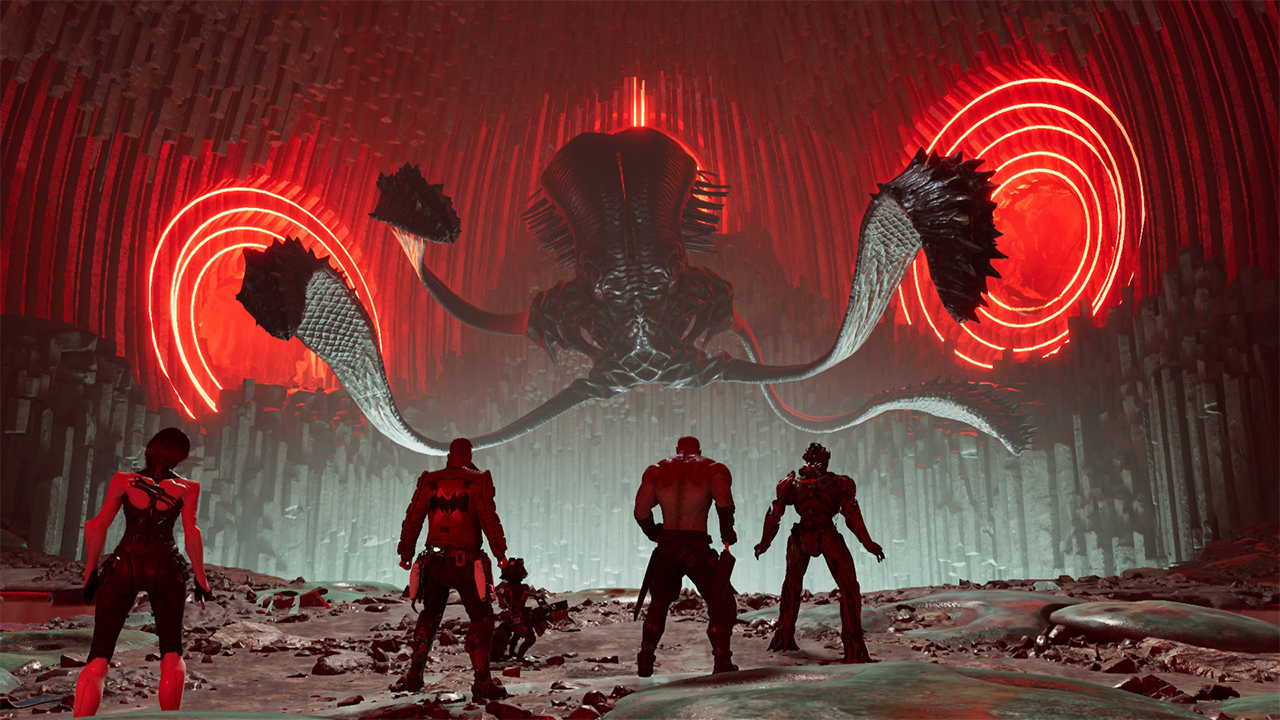 As for the combat mechanics, it’s honestly pretty straightforward to learn and master all the way through. Basically, every member of the Guardians comes with their set of weapons and abilities to lay waste to every enemy in sight. As Star-Lord, you get his patented double blasters that you can upgrade from all the components you find lying around.

During waves of combat with enemies, your approach depends on which other team member you wanna utilize. Honestly, I had a lot of fun using everyone in the team all at once to take down large groups of enemies. However, you only play Star-Lord and you don’t really get opportunities to swap to the different members at will.

When times get rough, or just when non-Chris Pratt Star-Lord wants to, one unique combat mechanic is Huddle Up, which is rather self-explanatory. To earn this, you just have to keep hitting enemies with sick combos or use your team’s abilities enough to charge the meter to full. Once full, with a press of a button, you call a timeout to get the team together. 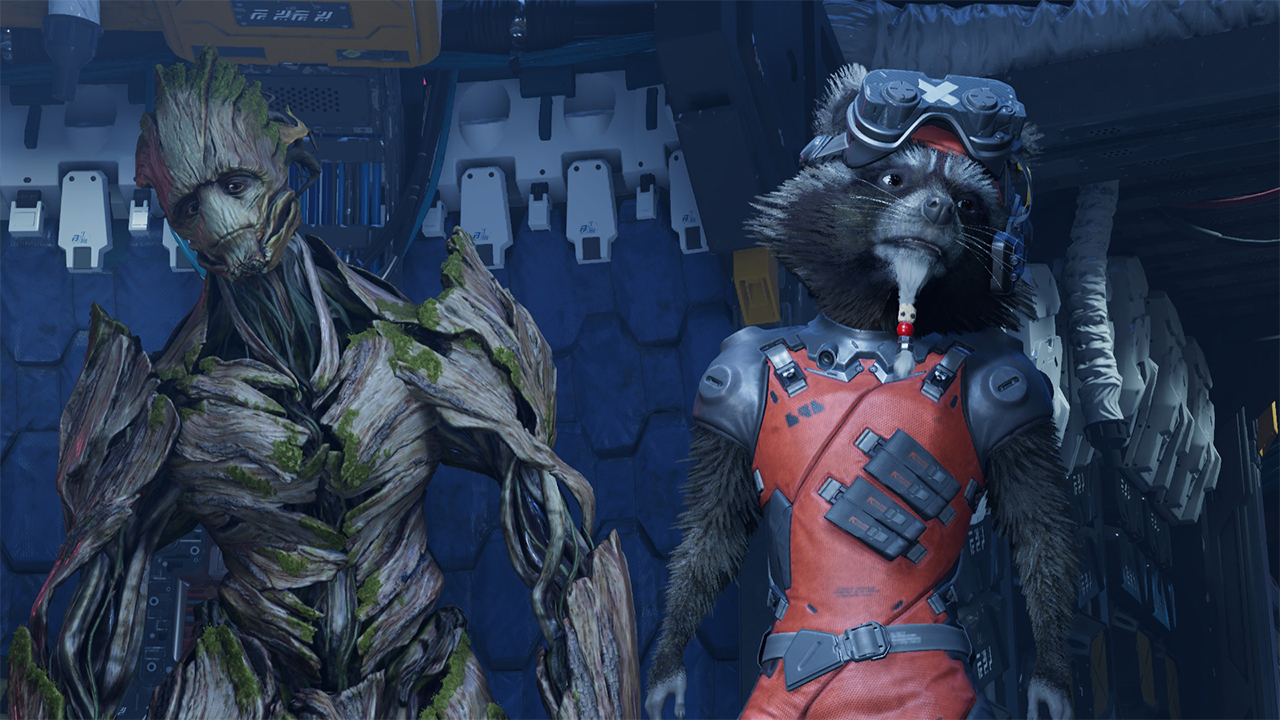 What’s unique about this is that, well, it’s decision-based as your team basically shares their sentiments on the current situation. As the leader, you need to send a strong message to the team to keep their spirits high and motivated. If you choose correctly, the Guardians get an additional boost to attack power. If you don’t, they’ll just think it was a waste of time!

It’s fun how they managed to include something so trivial like this in the main combat mechanics. During gameplay, I honestly thought that it was funny that they’re having team meetings while the enemies are coming in from all sides. Honestly, it made the combat worthwhile to commit to.

Admiring the beauty and sounds of distant galaxies

Throughout my gameplay, I couldn’t help but just stop and take in the environment I was moving around in for a few minutes. Sure, the galaxy is about to be taken over by a cult of blind followers, but everything in it either looks bright or desolate when needed. Of course, if you want to play this on your PC, I suggest getting an RTX graphics card to fully enjoy the details. 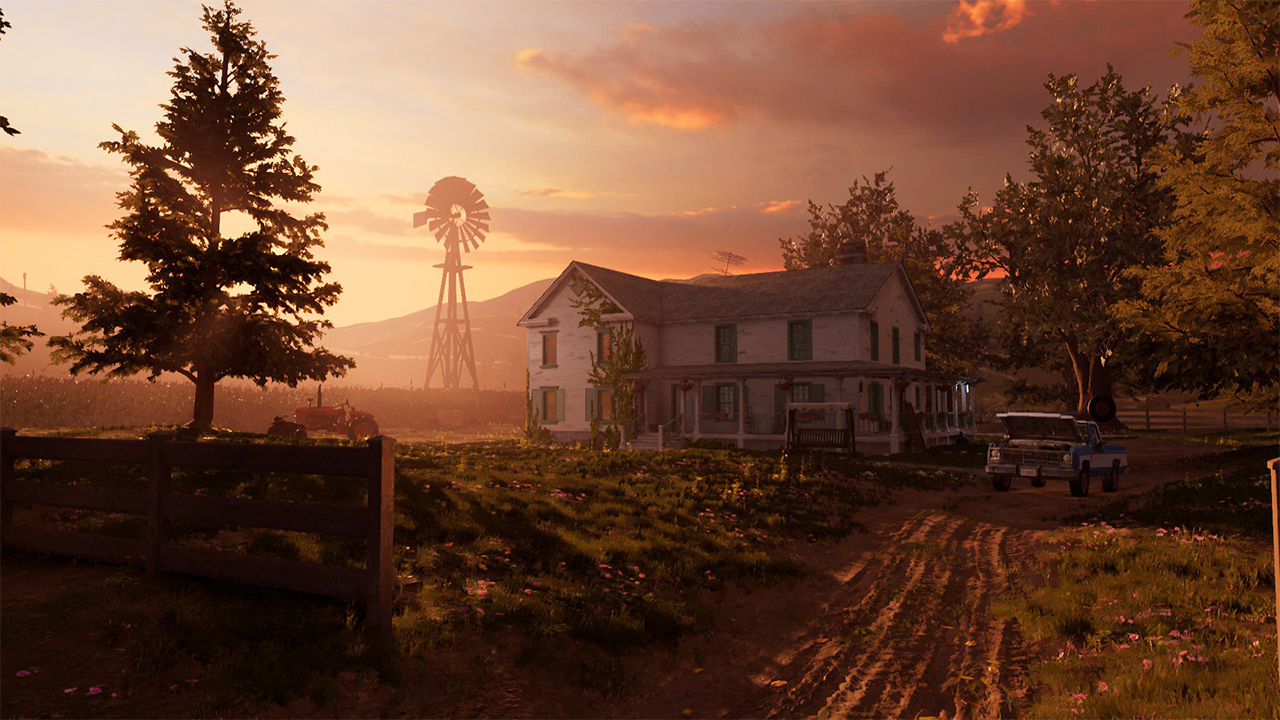 I applaud Eidos Montreal and SQUARE ENIX in this regard, especially with the amount of material at their disposal. This even extends to just the little design things such as the collectible suits for each member. I mean, they even put in the costumes in the Marvel Cinematic Universe as a collectible, so you can imagine you’re playing Guardians of the Galaxy Vol. 3. 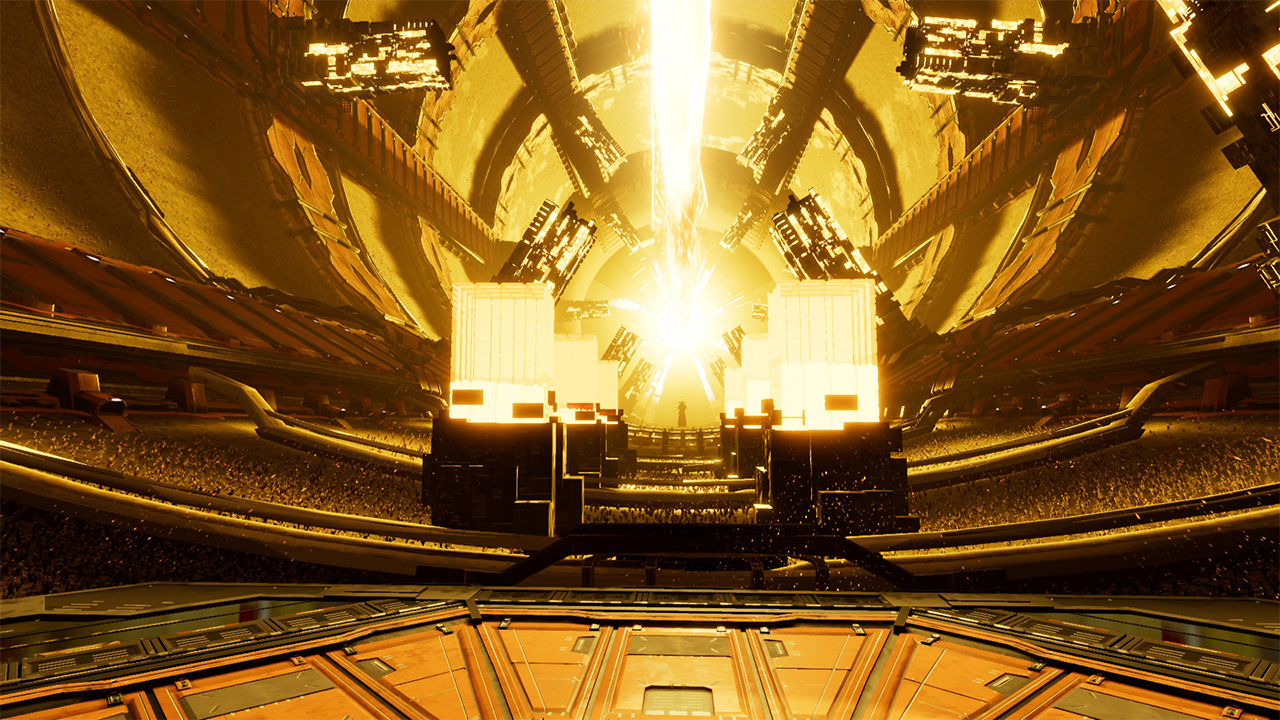 Also, I just love the soundtrack — or at least the songs they selected to make up the soundtrack! True to Peter Quill’s character, the soundtrack has some classic hits from the 80s that tickles that nostalgia bone every time I play. To top it all off, the game even includes some original songs by the fictional band, Star-Lord. If you want the full experience, you can check out the game’s official soundtrack on Spotify!

In my eyes, Marvel’s Guardians of the Galaxy was the kind of game I was hoping Marvel’s Avengers would be. In many ways, it doesn’t try too hard to bring an over-the-top Marvel experience and isn’t overwhelming you with too much stuff to look at. As a single player game, it allows you to focus on what’s in front of you and make decisions based on what you see. 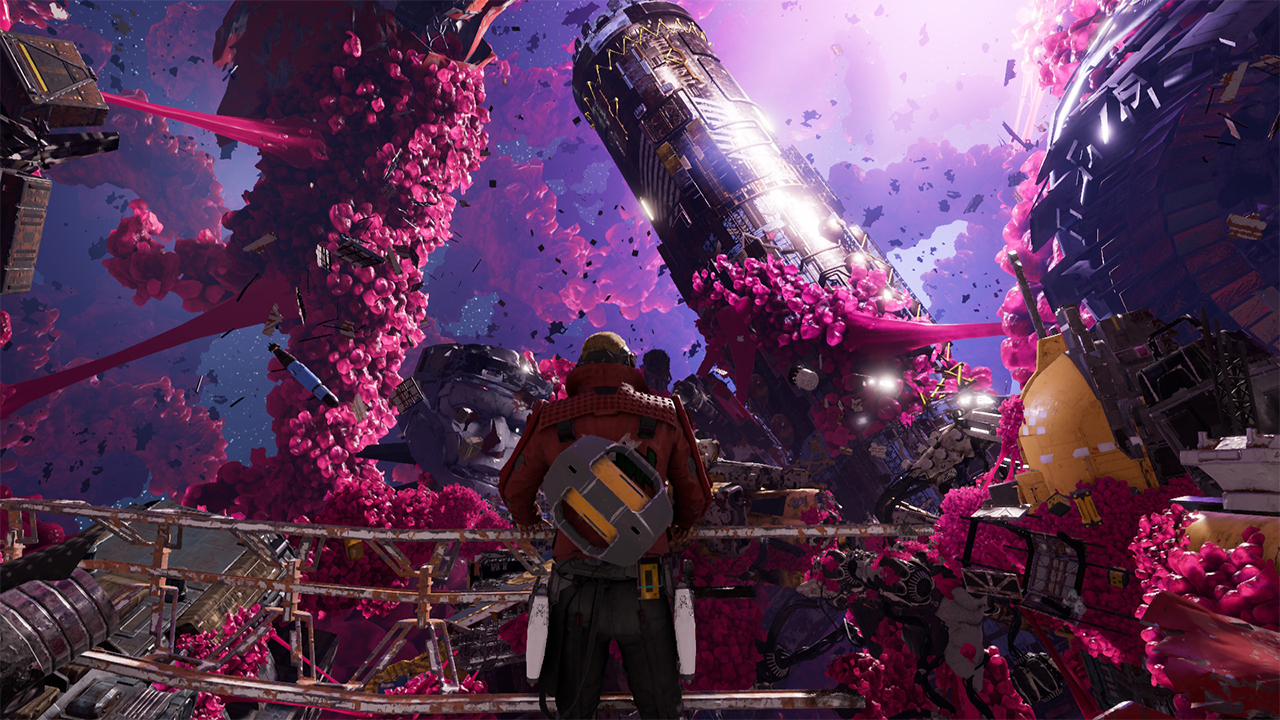 Of course, I would have wanted an opportunity to play as each member individually instead of just Star-Lord. Think of it like side quests that you are incentivized to go through to boost the group’s morale or deepen your relationship with the other members. However, if they did that, the game would just drag on for hours so keeping it this short and simple was the way to go.

From the design to the gameplay, Marvel’s Guardians of the Galaxy shaped up to be an exciting game for a lot of people to enjoy. It kept things simple, easy to follow, and fluid in approach, and put most of the decision-making on you. Sure, it’s about the most chaotic group of superheroes you can imagine, but the game is anything but.