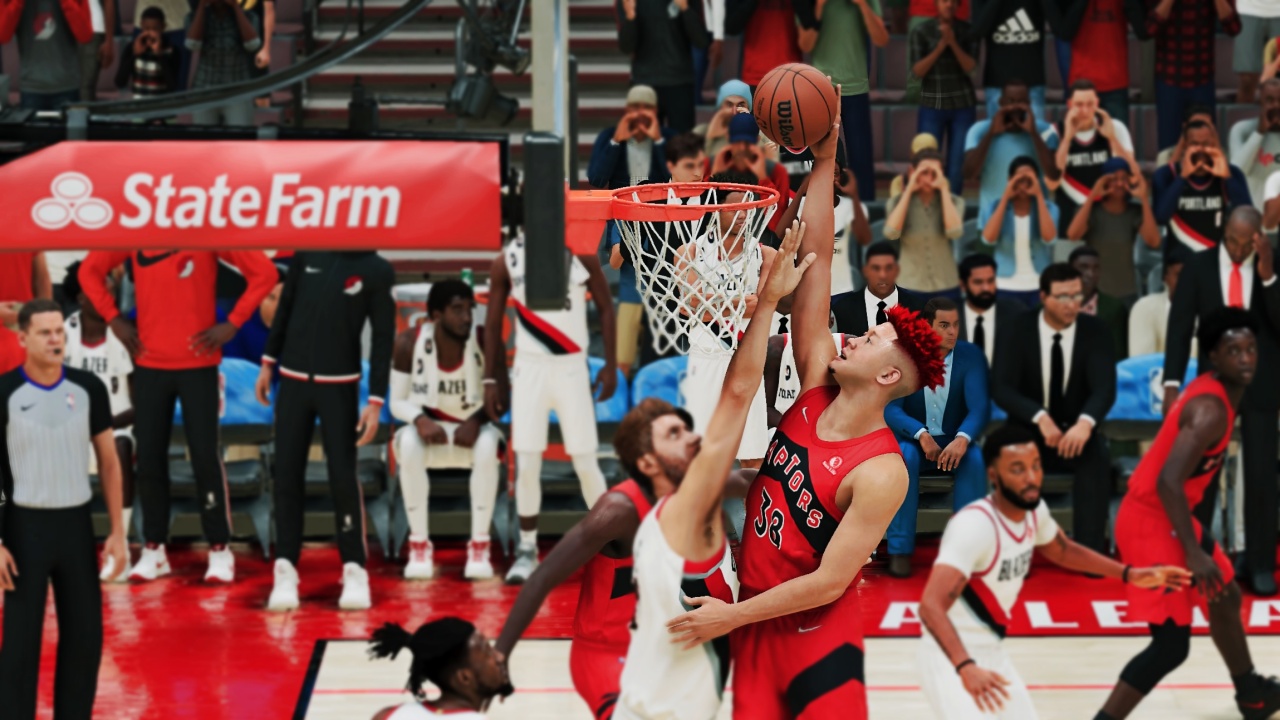 NBA 2K22 is officially available in all home consoles and PCs near you, and 2K Sports worked on a lot of things for this one. From new gameplay mechanics to some tweaks to game modes, the developers promised a different experience even if it’s still the same basketball simulation game.

Well, we put our two 2K gamers, Gab and Rodneil, to the task of seeing whether or not this year’s NBA 2K game is up to snuff. Whether you want it for your current generation or next-generation, the question still remains: is NBA 2K22 worth getting?

A first impression of familiarity, especially on next-gen

Gab: Honestly, it’s the same old stuff you’re used to seeing from 2K Sports, just upscaled to the next-gen console experience. From the game modes to the gameplay, 2K stuck with what worked and just had some finetuning/reworking added onto it. I wish they would have done something more groundbreaking for it, but it remains as a basketball simulation game. 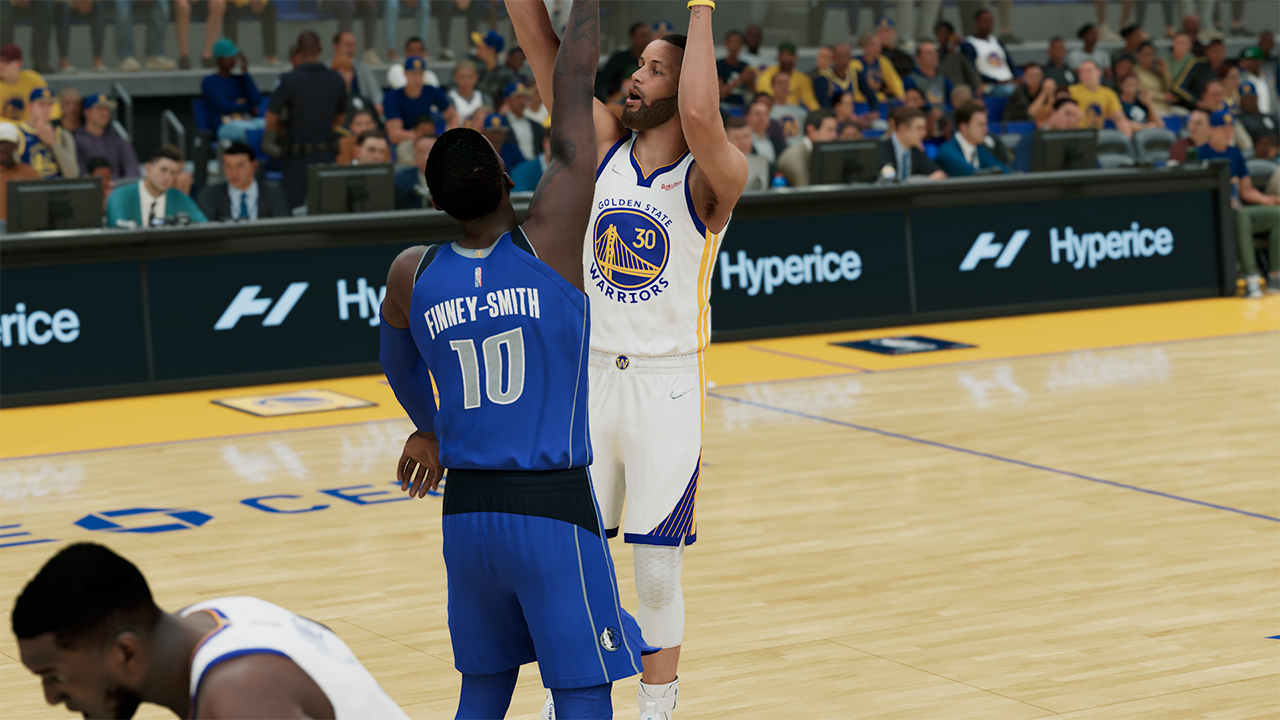 Within my first few hours of playing, it felt smoother to play and get around. Sure, if it’s your first time playing any NBA 2K game but you have common basketball knowledge, it feels intuitive. If anything, I commend 2K Sports for actually learning from the previous iteration in terms of early shot-making mechanics. Of course, we’ll get to that later on. 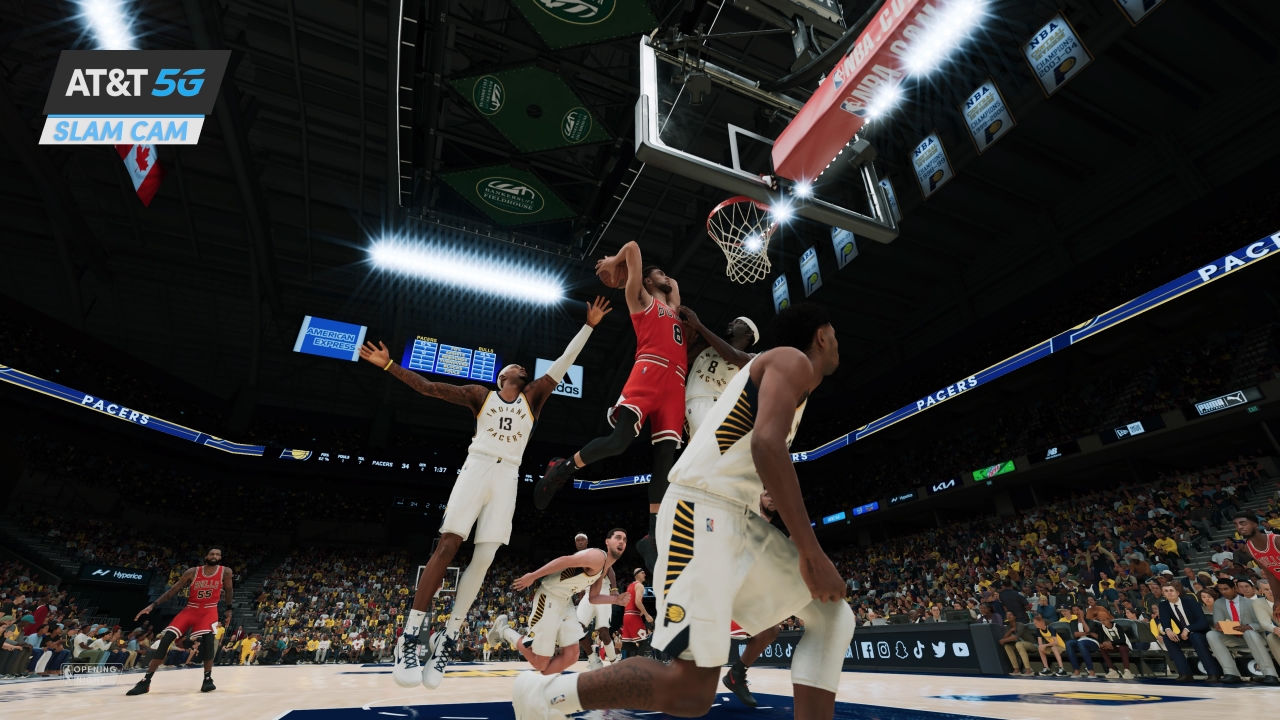 Rodneil: In recent years, NBA 2K had a habit of releasing 20GB worth of patches days after the game’s official release. That wasn’t the case with NBA 2K22. Unlike previous releases, this felt the most polished right off the bat.

Other than that, the general gameplay felt familiar with some minor tweaks here and there, most notably in the shot making, contesting, and blocking departments.

Enhancing the experience a little bit

Gab: With the new offensive and defensive mechanics, these honestly made the game a bit better but also a bit confusing when you start out. For the offense mechanics, on one hand, I felt that the more detailed and user-based shooting and dunking mechanics were pretty great. On the other hand, it feels like you’re also relearning some of the mechanics that had some finetuning to them. Also, I’d like to give a special shoutout to having shot meters for dunks — it was confusing and a little irritating but I could get used to it. 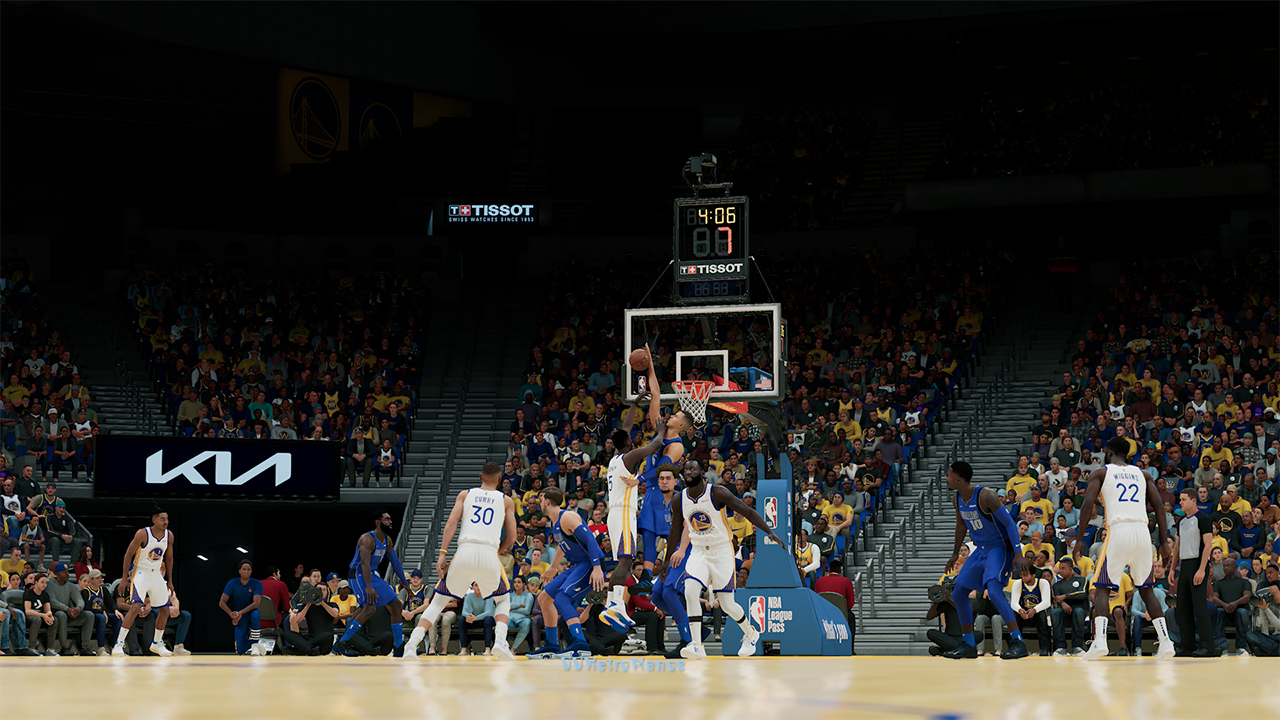 Rodneil: Things felt pretty much the same to me on the offensive side of the ball with some little changes here and there. Somehow I find it easier to pull-off specific dribble moves now, and the shot-making has improved dramatically. If a player with decent shooting stats is open, you’d have to have really bad timing to miss the shot.

Defense is where it’s at though. The blocking physics and animations are so much better. It’s actually encouraging to create a player with great shot blocking abilities because it’s so satisfying swatting and block-and-catching shots. It’s the steal and strip department that I’m having trouble nailing the timing to. The timing to strip players as they gather for a dunk or lay-up is tricky for me. 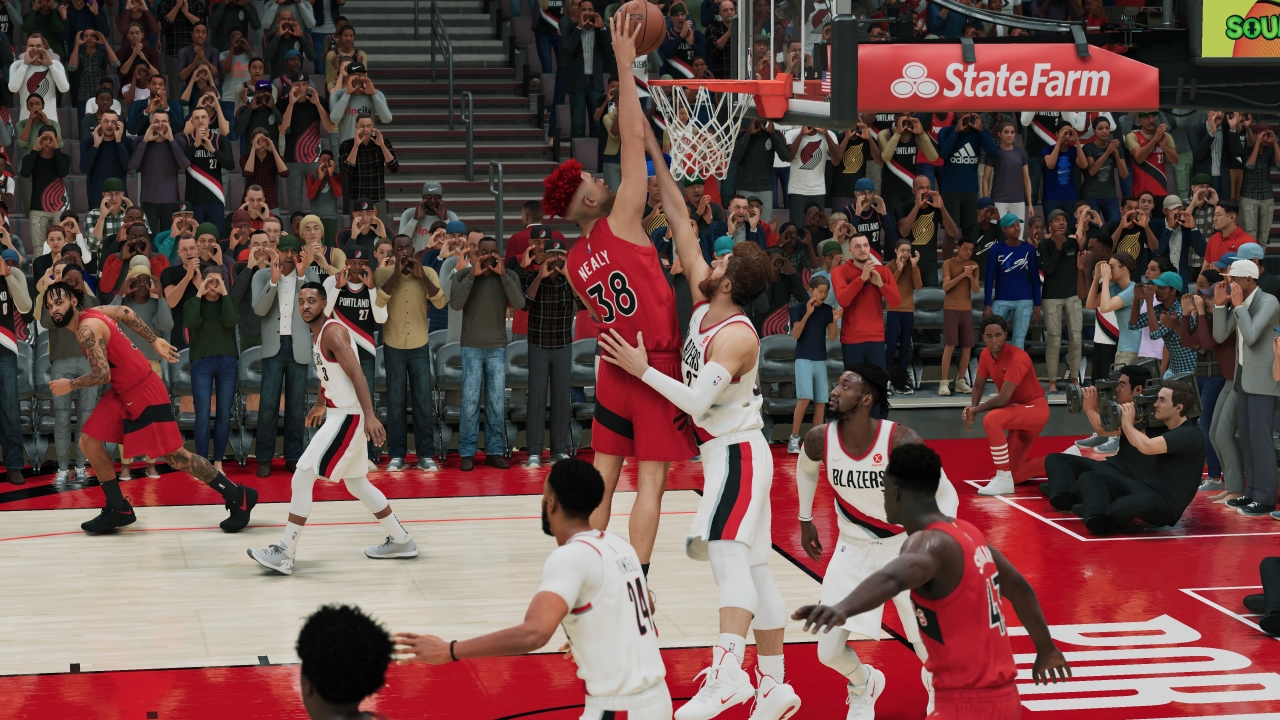 Gab: On my end, I felt there was some effort to make defense mechanics it a bit better. Honestly, it just feels like all the previous defensive controls and mechanics with some fine-tuning in physical defense mechanics and timing your blocks. You wouldn’t see it as much unless you have a MyPlayer build for Power Forwards or Centers, in my opinion.

Gab: For the first time, I actually don’t know what to make of MyCAREER now; for real, what is it? Is it Grand Theft Auto, Tony Hawk Pro Skater, or actual NBA 2K22? Jokes aside, this was a welcomed change, especially since all previous MyCAREER modes seemed completely linear in approach. This time around, you have a ton of things to do, and it even allows you to earn VC outside of playing games. 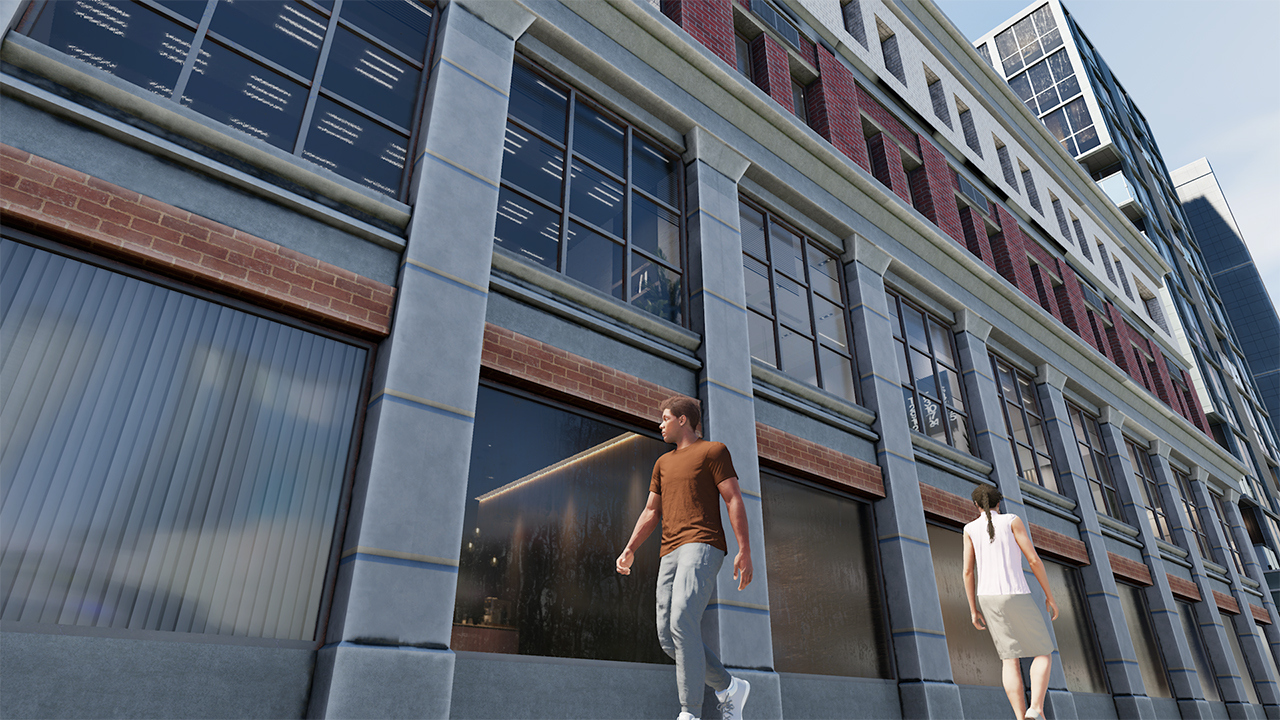 In terms of storyline, MyCAREER this time around doesn’t take too long unlike the previous times. Again, it isn’t linear in terms of how you want to start out — whether you want to go to college or G-League Ignite — and those tracks end abruptly when you lose a game. It doesn’t put the grind too much in the earlier stages, and I like that — like, please save the grinding for when you play in the NBA. 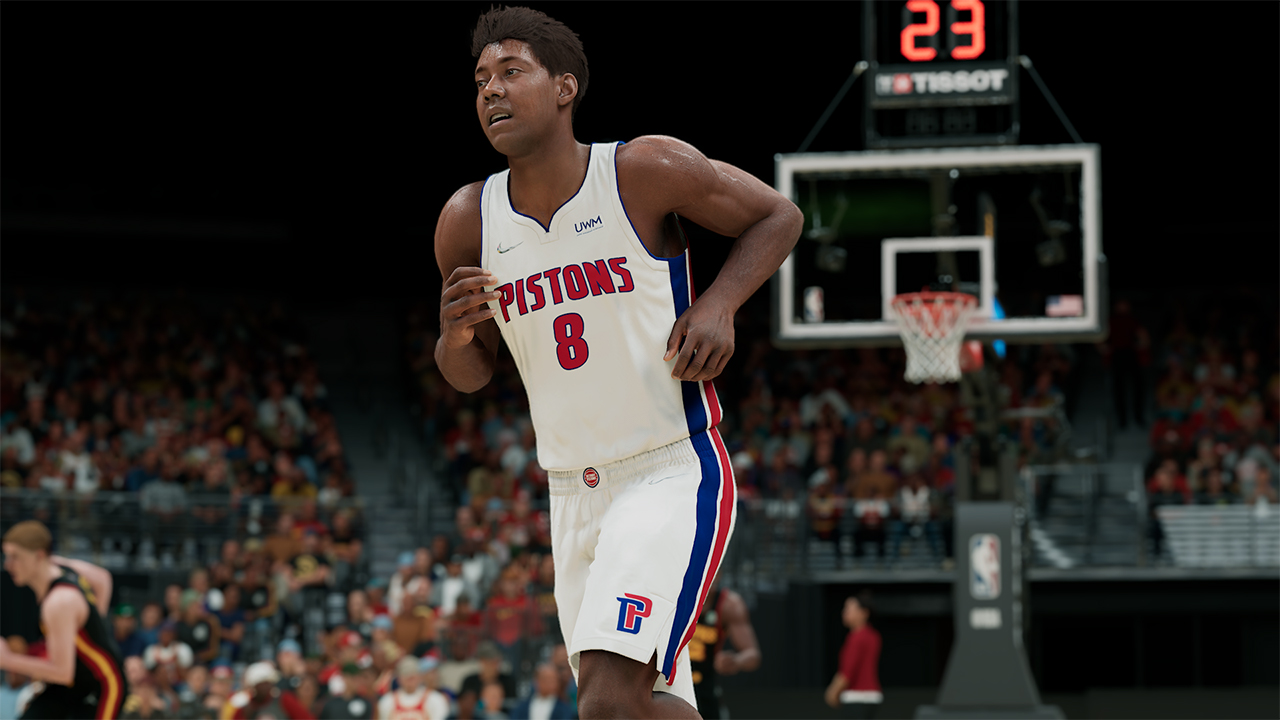 Also, I appreciate the fact that 2K Sports also added in some easter eggs from the previous MyCAREER storylines. From the MyPlayer nicknames like Che and Junior, to even some familiar faces like Hendrix Cobb, the fan service is there! 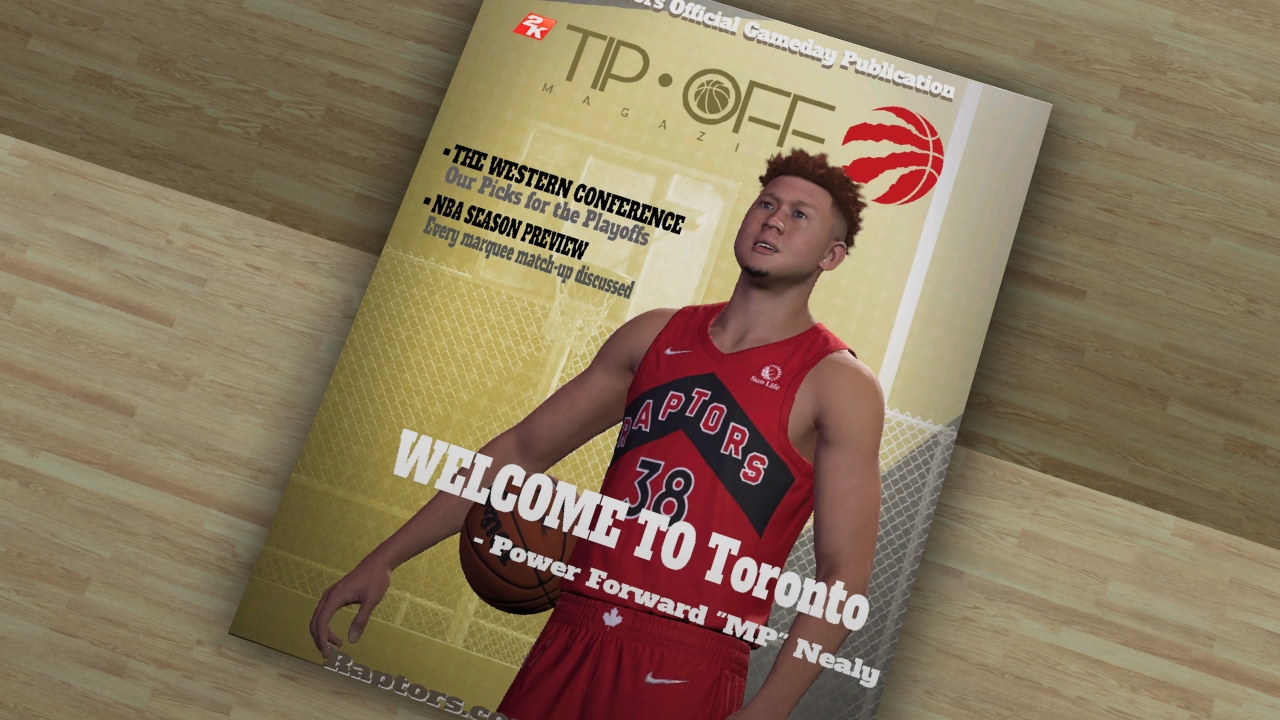 Rodneil: I’m just gonna second pretty much everything Gab has already mentioned. I like the mostly non-linear approach to MyCAREER. The whole mini open world, while not perfect, is fun and keeps things interesting. 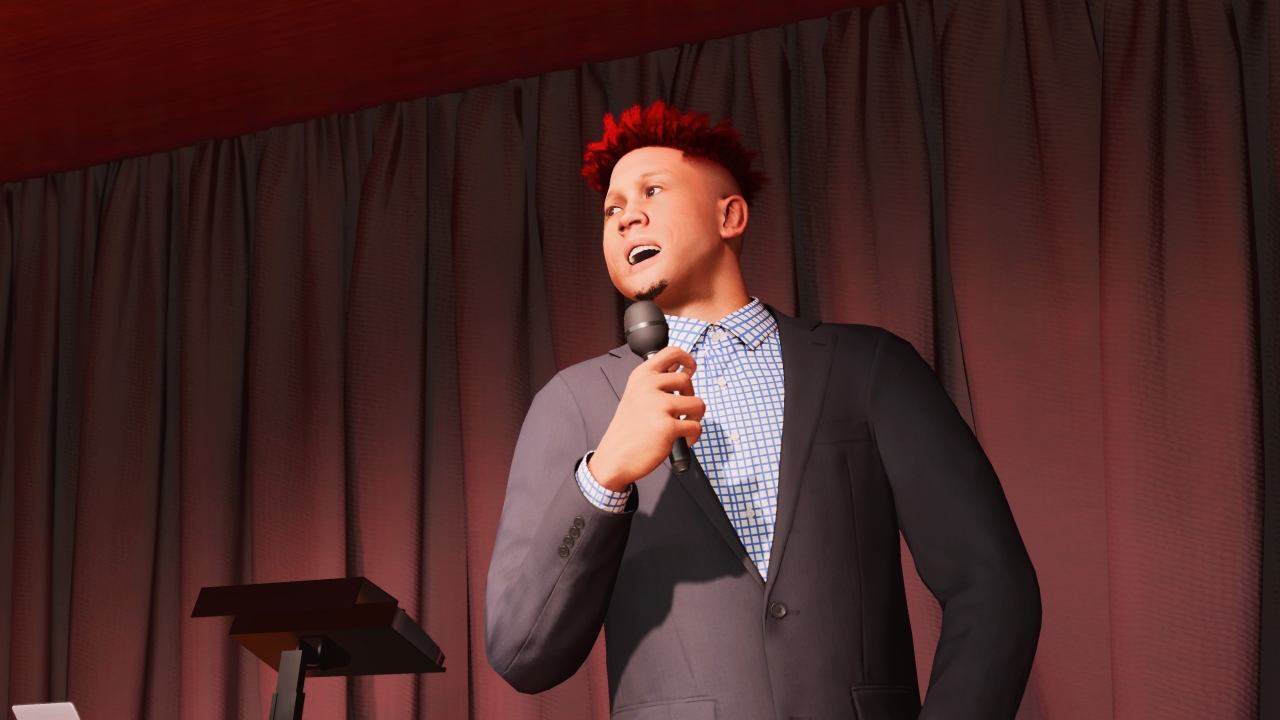 It still has plenty of room for improvement. Moving around the City still feels a little janky, and the experience starts to feel repetitive at some point. However, I enjoy the relatively fresh take and am excited on where they’ll take it next.

Let’s not forget the other game modes now

Gab: For me, the other game modes are worth playing when you can’t really find anything else to work on for MyCAREER. At least in MyTEAM, you still earn some VCs that you can use for your MyCAREER progression and you get to build your own team through their new Draft system. For MyWNBA, it’s quite nice that they keep adding the WNBA content into the present and future releases. 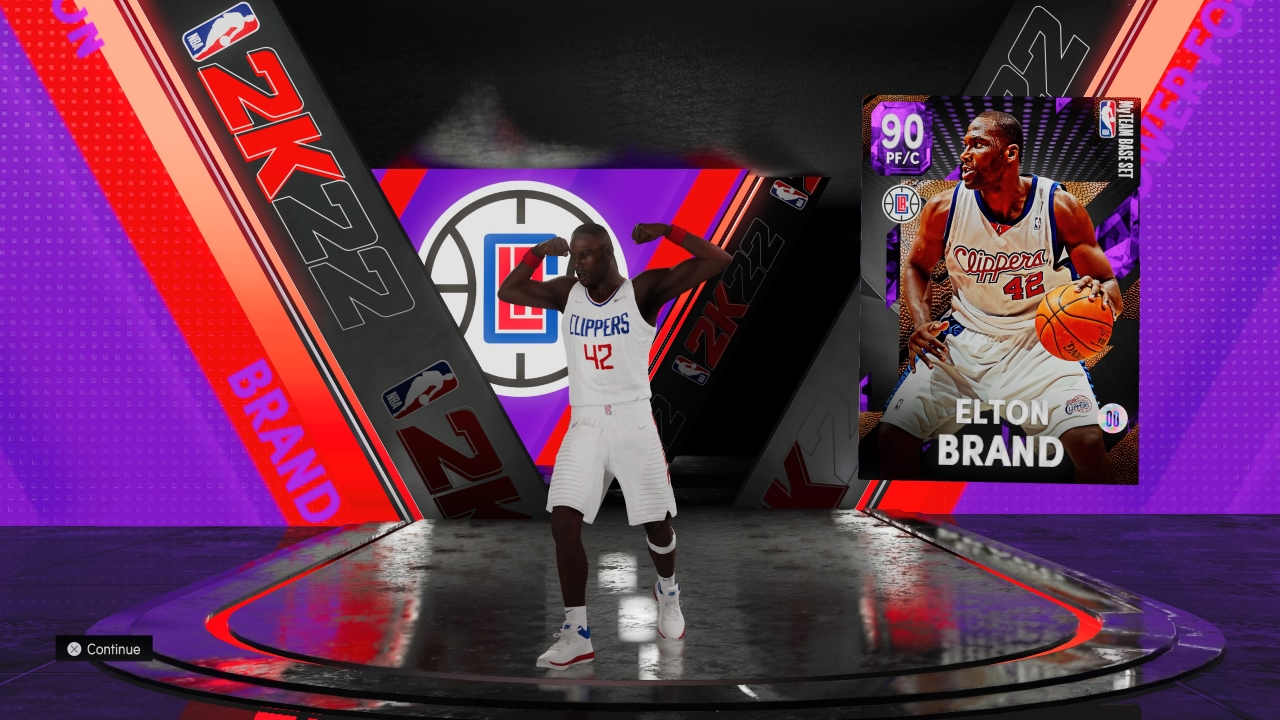 Rodneil: MyTEAM still largely feels like a blur to me, but I feel like I have a better understanding of its mechanics now. But I guess what’s great about NBA 2K is how you really play it your way. If MyTEAM isn’t your thing, that’s perfectly fine. There are plenty of other modes to enjoy. I particularly like customizing teams in MyLeague. I’ve created teams like an All ‘98 Draft Class team, leagues that feature current players plus one legend from each team, as well as leagues with 2000s teams. It feeds right into my nostalgia and gets my buy when my anxiety starts sky-rocketing. 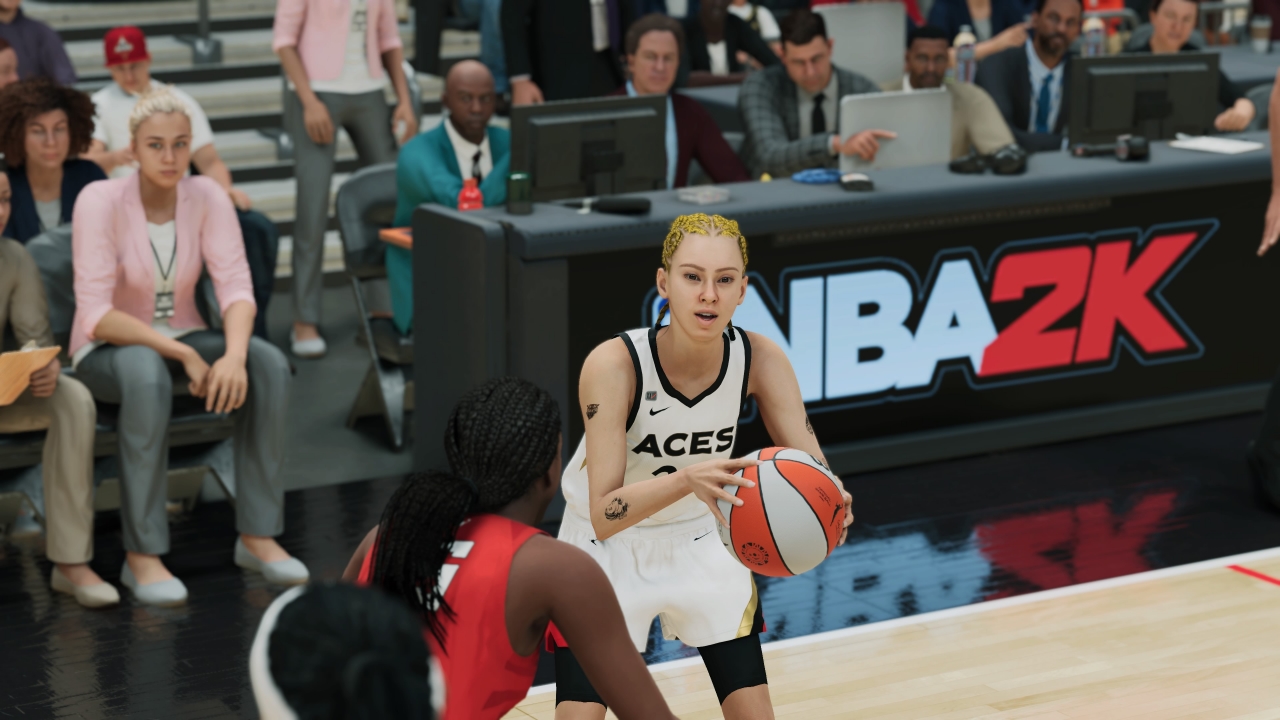 Speaking of playing your way, I created an entire WNBA team with members of K-Pop supergroup TWICE. They’re a little overpowered right now, but I enjoy playing with them. Other than this created team, I’ve played a significant amount of Exhibition games with eventual WNBA champion Chicago Sky and that’s also loads of fun. 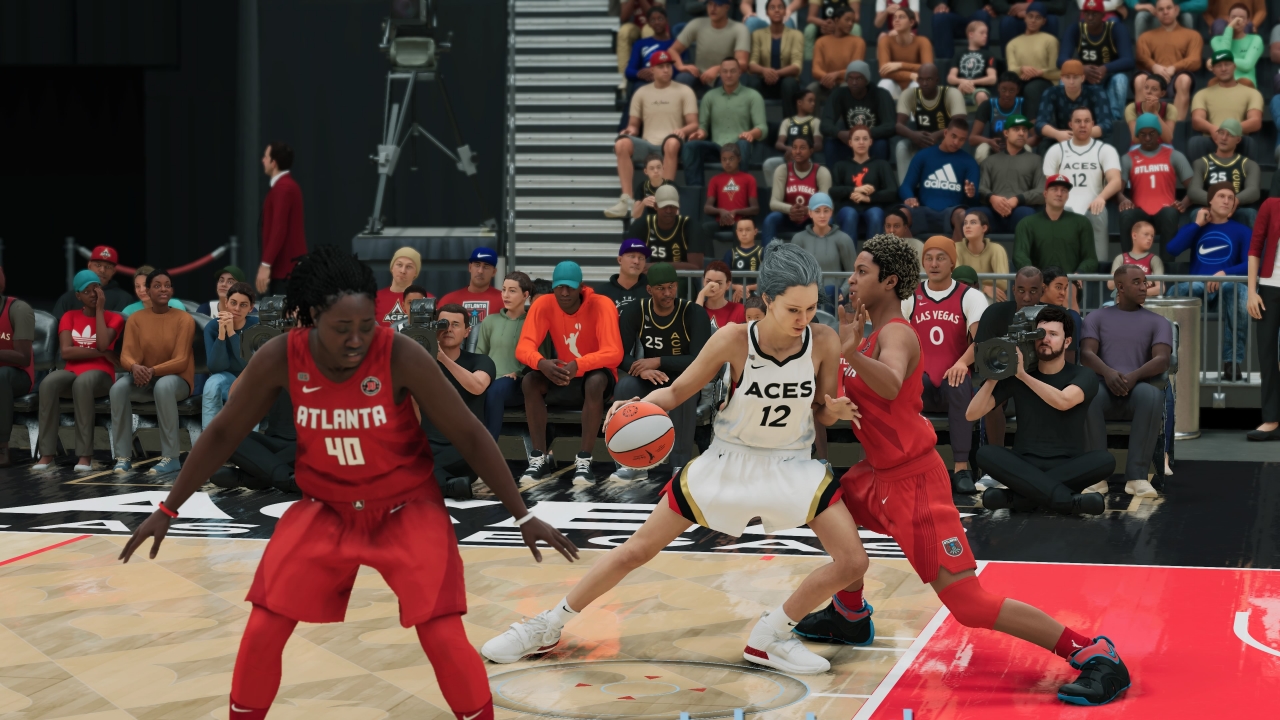 Gab: It got me thinking, though: when will they give you an option to play as a male or female for MyCAREER? I think this would be a great opportunity to not only continue rolling in the WNBA into future releases, but also allow women to partake in something like this. I mean who knows, you could create an entire Esport for women playing NBA 2K22!

Rodneil: I agree with Gab in that I hope to see 2K expand the WNBA section further some iteration of MyCAREER. I think there are plenty of interesting stories that can be told especially with the general public slowly but surely warming up to the WNBA.

Is NBA 2K22 worth getting in the end? 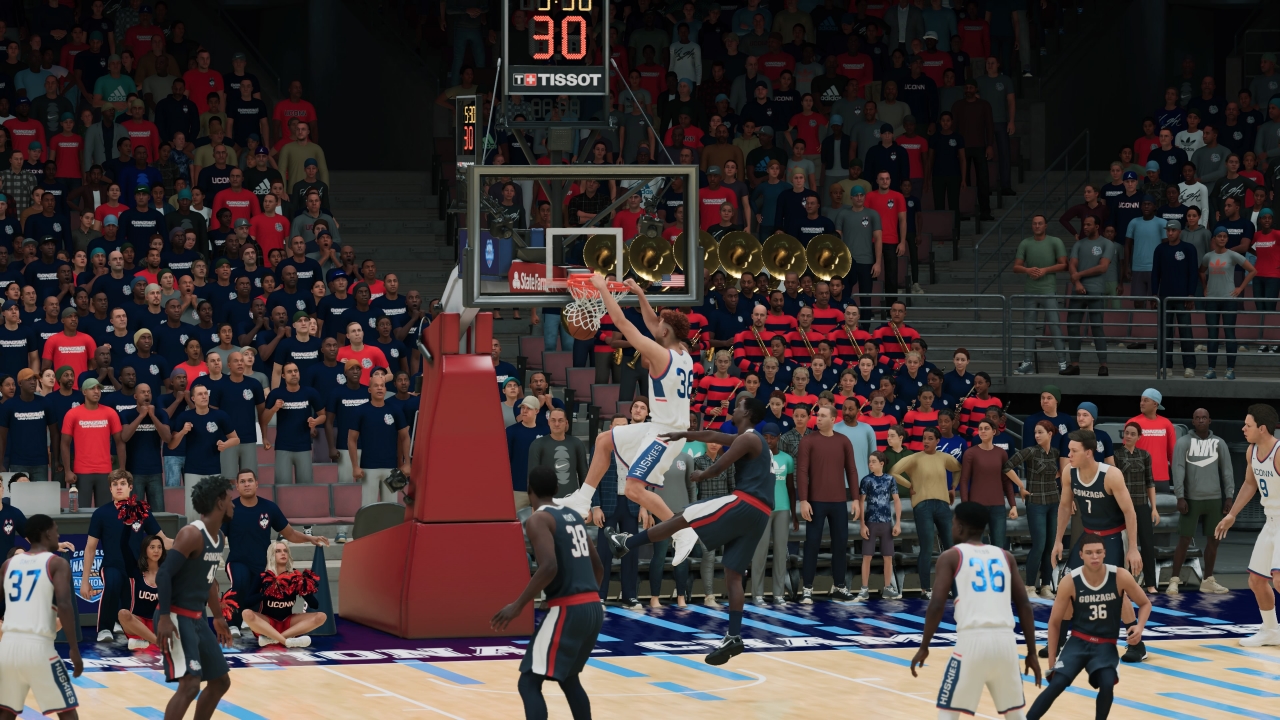 Rodneil: I think any video gamer who also enjoys basketball will end up picking this up if they haven’t already. I don’t see it attracting non-fans, but there’s plenty here for long-time NBA 2K fans to enjoy.

I do have a wish list for future games. Remember how NBA 2K11 had the Jordan challenge where you create some of The G.O.A.T.’s greatest games? I’d love to see that expanded in some form of Legends Challenge where you get to play games and situations like Kobe’s 81-point game, T-Mac’s 13 points in 33 seconds, and many more.

Overall, this remains the superior NBA simulation game (with no real competition at this point), and while it isn’t perfect, it’s still pretty much a damn good time. 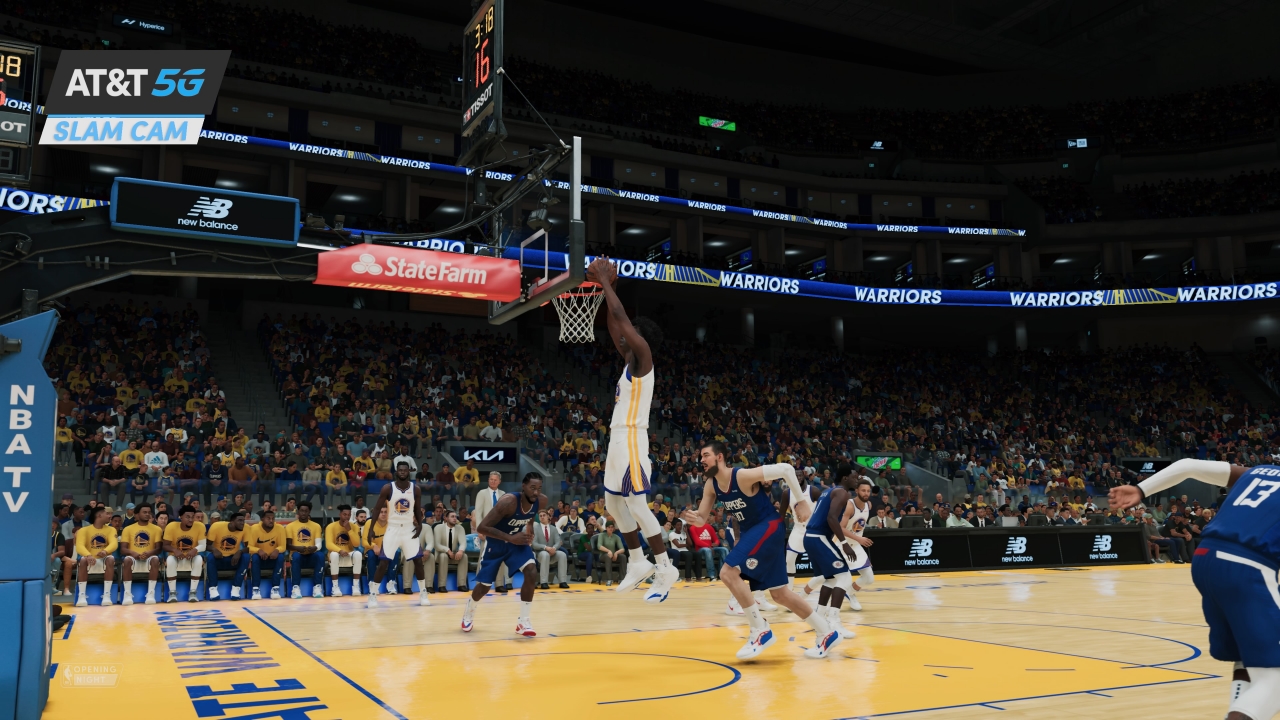 If it ain’t broke, don’t fix it

Gab: NBA 2K22 is an example of simplifying everything and improving the little things. Unlike previous iterations, it doesn’t try too hard to do anything different with the overall experience. From the gameplay to the game modes, it’s still the same NBA simulation game that you love playing with your friends when given the chance.

However, when you go into the nitty-gritty of it, I could give it some merit for shaking things up here and there. MyCAREER, for me, shines in this regard and actually incentivizes you to be a little bit more involved with your environment in MyCITY. Of course, you still go through an entire NBA career but it’s not the only thing to do any more. 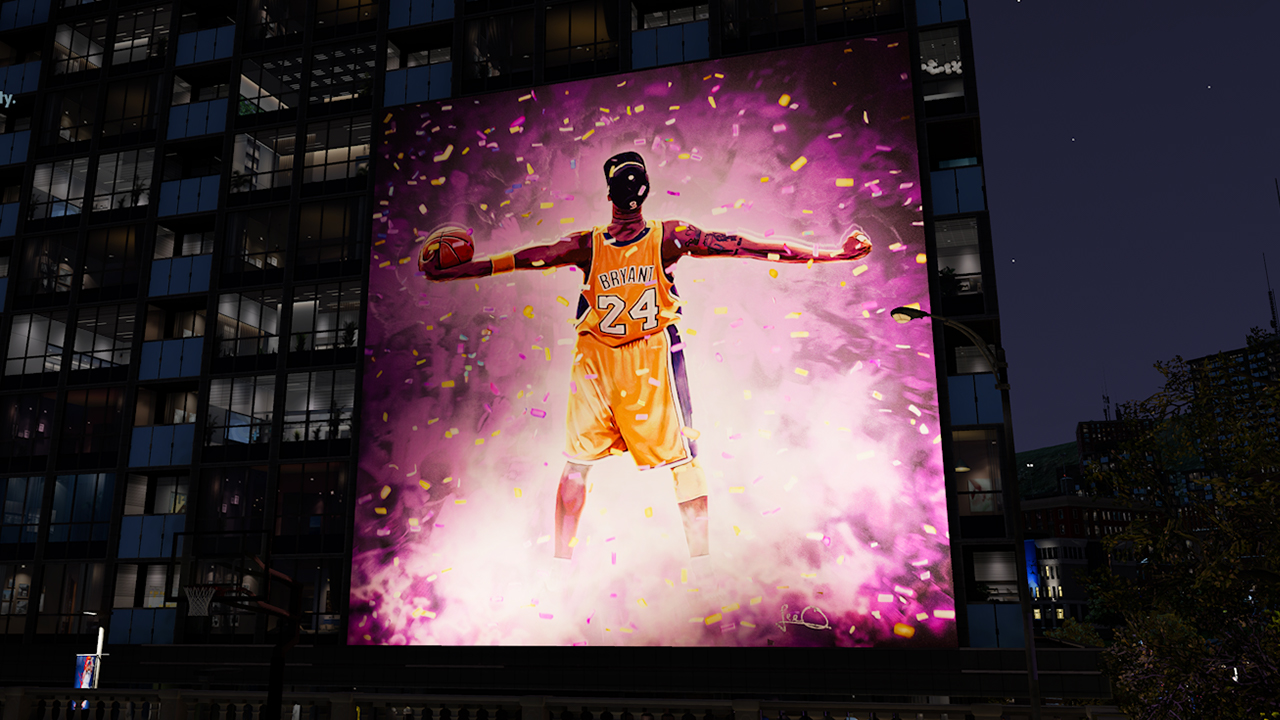 I think I’ve said it before: if you’re looking for the same old features, NBA 2K22 won’t really wow you with anything huge. However, with the changes they added to this iteration of the game, it’s worth investing some time into playing through.