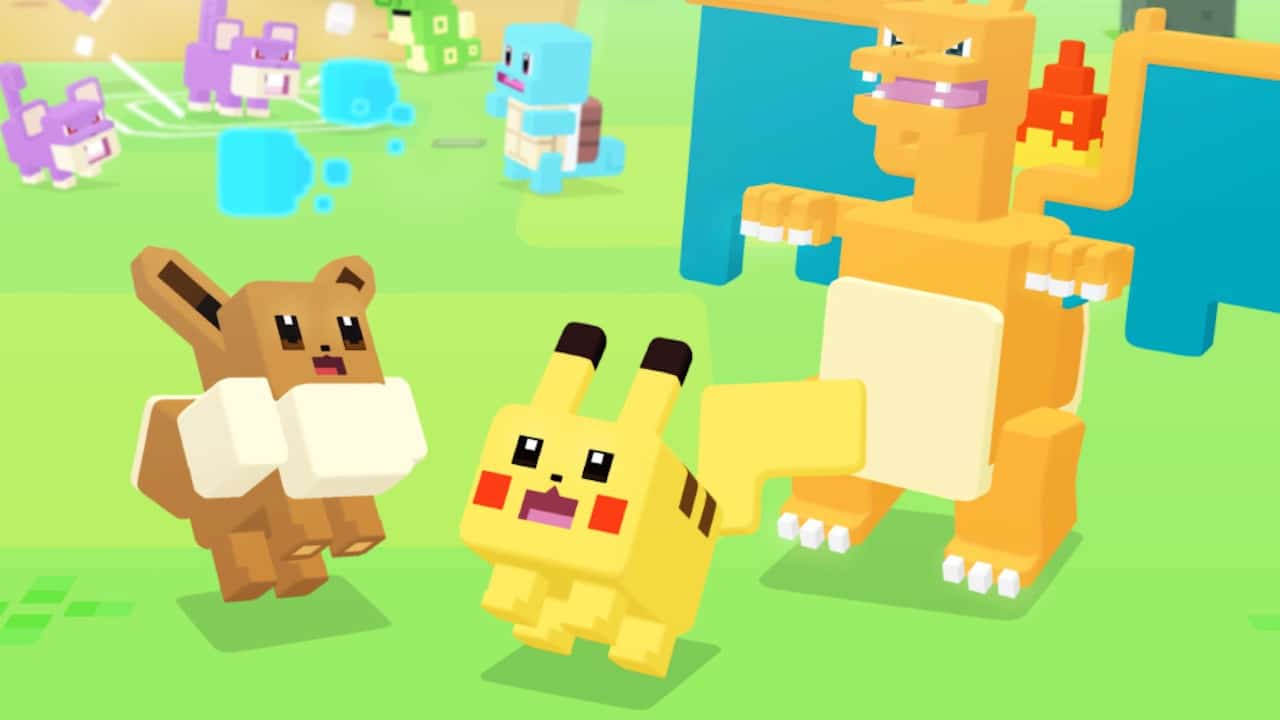 For all its popularity, the Pokémon series has taken its sweet time entering the current-gen market. The series’ latest games, Ultra Sun and Ultra Moon, are still exclusives for the Nintendo 3DS. Finally, Nintendo is breathing new life into the series with a flurry of Switch exclusives.

To start, Nintendo has quietly launched a free-to-play Pokémon game today for the new console. Called Pokémon Quest, the game mixes our favorite critter catcher with the graphics of Minecraft and the elements of an RPG.

Set in Tumblecube Island, Pokémon Quest offers a unique experience for those new to the series. Players create their own camps where they can attract and befriend Pokémon from the Kanto region (Pokémon Red and Blue). From there, they can take Pokémon expeditions to explore the cube island. Every expedition ends with a gaggle of loot, which you can use to upgrade your Pokémon or spruce up your camp.

While the game itself is free-to-play, players can boost their experience with a set of paid DLCs that upgrade their abilities.

Regardless, the game uses mechanics that are simple enough even for more casual users. Nintendo’s latest push for more Pokémon aims to draw newer users to the series.

To complement this, Nintendo is also launching a couple more games this November. Pokémon: Let’s Go, Pikachu and Pokémon: Let’s Go, Eevee will link the new current-gen exclusives with yesteryear’s smash hit, Pokémon Go. Despite the AR integration, both games are essentially remakes of 1999’s Pokémon Yellow. As such, they will feature only the Pokémon from Kanto.

Additionally, all three games will herald the series’ first major release on the Nintendo Switch. Nintendo has not revealed any details on these games yet. However, they promise that they will launch sometime in 2019.

With #PokemonQuest and #PokemonLetsGo, there are so many new ways to explore the world of Pokémon! Trainers can look forward to even more with an all-new core series Pokémon RPG title in development for the second half of 2019! pic.twitter.com/d5uiIpenMI

SEE ALSO: Pokémon might release its eighth generation on the Nintendo Switch