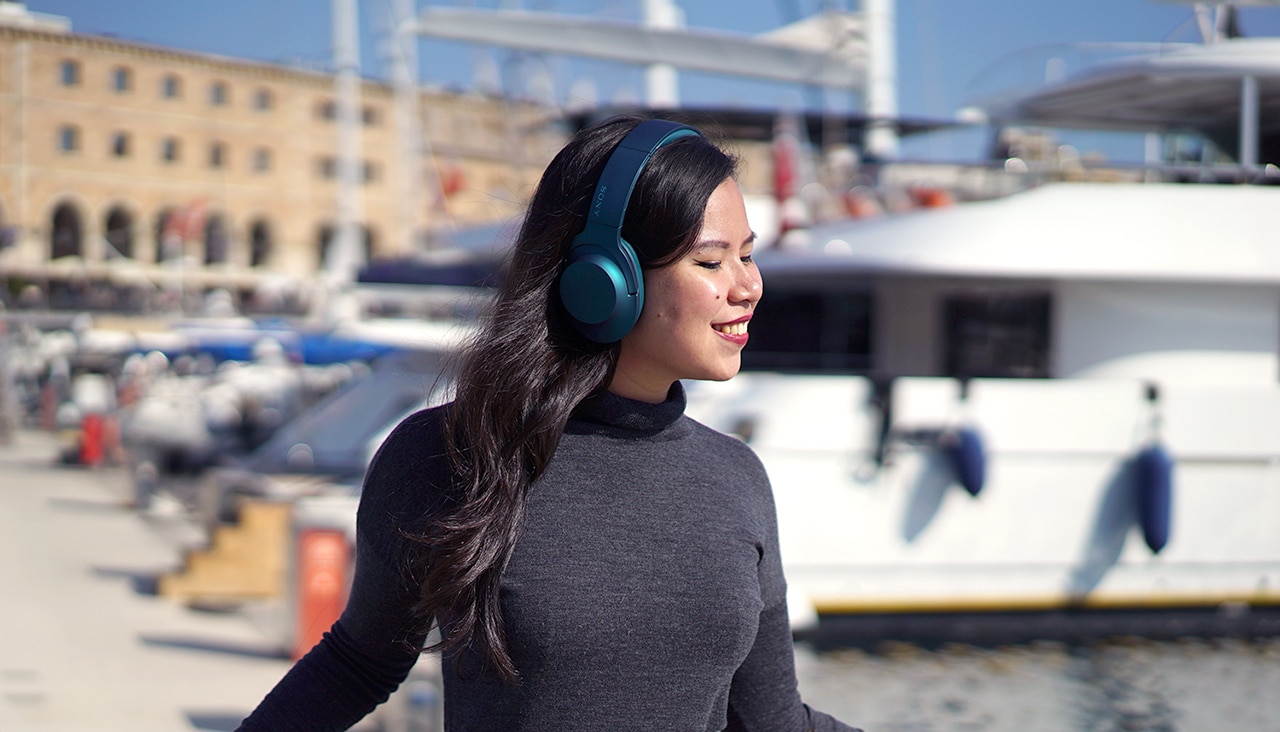 No strings attached: Sony H.ear On

Our office door unlocks through an app that connects via Bluetooth — we don’t use keys anymore. To get a taxi, we simply ask Google Home to book one without even needing to go out or press any buttons. Even refrigerators can now talk!

Technology is moving at such a fast pace, and it shapes all aspects of our everyday lives. The beauty of being a millennial — having grown up in this day and age — is that I personally watched technology evolve. I was there through the age of dial-up internet to fiber connectivity, from the Nokia 3310 to, well, still the Nokia 3310 (17 years later), and from wired earphones to wireless Bluetooth ones!

Honestly, I was averse to the idea of wireless earphones when I first heard about them, and I’ve held true to that conviction for a long while. It seemed to me they were more inconvenient than they were useful. I mean sure, it’s “top-of-the-line technology” but then what?

That cord that connects my headphones to my gadget makes me feel safe; it’s the only way I know. 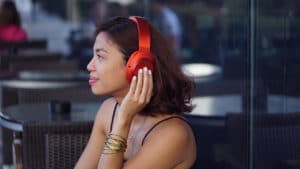 I tried the Sony H.ear On headphones only because they came in a very pretty red. (Apparently, it also comes in a really cute Hot Pink, but okay, red is nice, too.) These headphones connect to your music player via Bluetooth so in theory, it’s wireless and fuss-free. 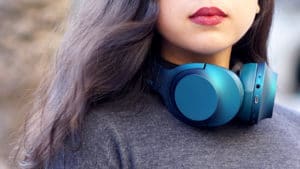 They also came in Teal, which made the GadgetMatch Creative Director very happy.

Frankly, the idea of wearing headphones connected to nothing still seemed weird to me, but the “cuteness factor” trumped the weirdness, and so began my journey to being unattached (like, literally). 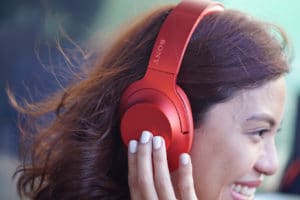 Sound-wise, the H.ear On is pretty solid. These headphones have noise-canceling technology, which makes for optimal music listening conditions — or just for tuning other people out. 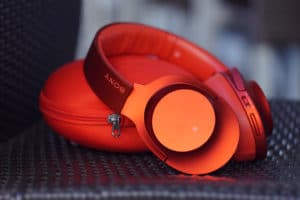 Though they may seem big and eye-catching, these headphones sit comfortably atop my head. The headband is adjustable, and the whole thing is collapsible for easy storage in the matching pouch provided. 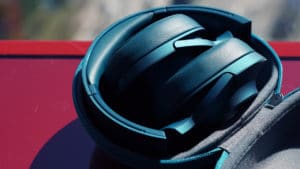 I learned quickly that wireless headphones weren’t that bad.

After hurdling the initial apprehension about being tied to nothing, it was actually pretty convenient. I could go wherever I wanted and do whatever I wanted without being bogged down by pesky cords. I could stand, jump around, or even leave as I please and nothing held me back.

It was a carefree, sound existence; a tech independence unlike any I’ve ever known — at least until as far as my Bluetooth connection could reach. 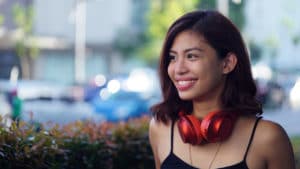 Frankly, I enjoyed using these headphones, even more than I thought I would. And to think I almost didn’t try them just because I was used to a certain idea of how things should be. If this proves anything, it’s that there’s premium in letting go — literally and figuratively.

I guess there’s a metaphor here somewhere. I know I’m talking about headphones, but I’m pretty sure this is applicable to other aspects of life.