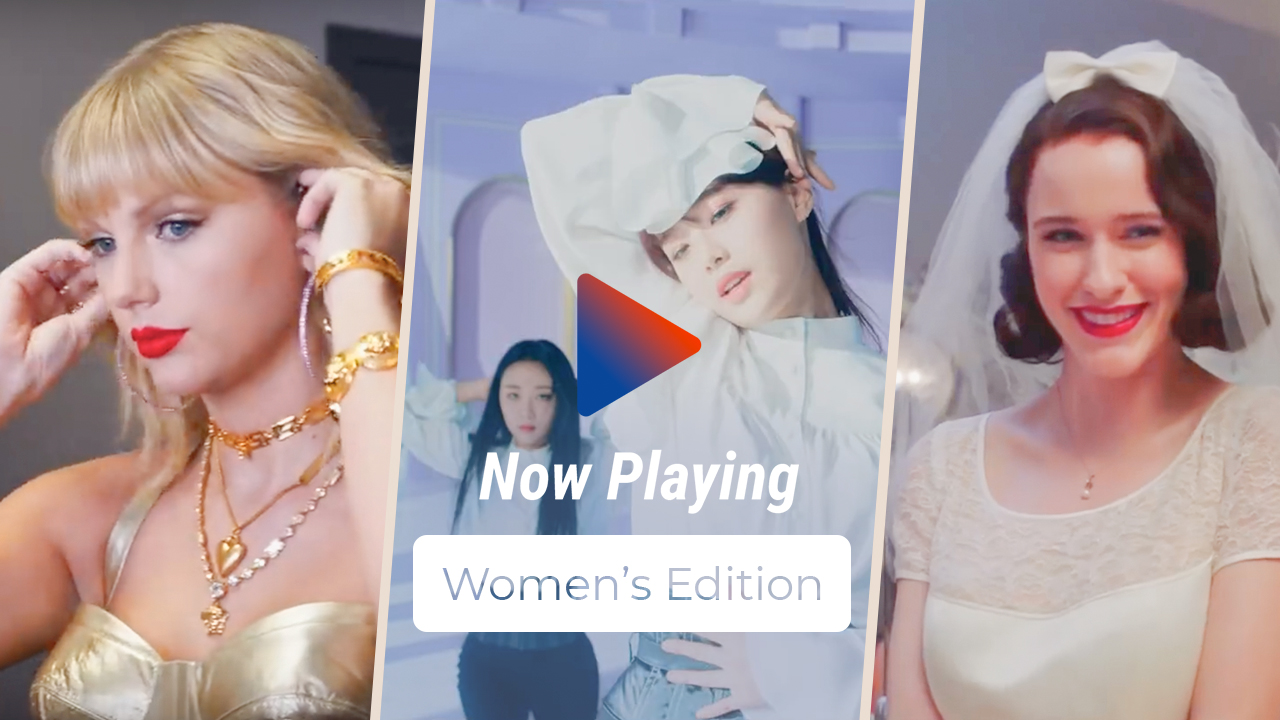 Happy Women’s Month! To celebrate women all over the world, we asked women and allies about movies, shows, music, and podcasts you can watch and listen to, along with books you should read.

This list is also a good pick me up, in case you’re looking for something to empower you as a woman. You may refer to this article — Women’s Month or not! Here’s what’s Now Playing at Her GadgetMatch!

On the Basis of Sex

Carol: A bit late to the party but I can’t believe I didn’t watch this sooner. On the Basis of Sex is the story of Ruth Bader Ginsburg’s struggle to make discrimination based on gender illegal in the United States. Brilliantly poignant with a script teeming with wit, On the Basis of Sex is a movie that should be required for all children to see. A movie that will also give any adult woman a confidence boost when and wherever needed.

Leez: If you’ve read the classic Little Women by Louisa May Alcott, this film isn’t the first. It’s the most recent iteration of a film adaptation to the book and before you click away and lose interest, you might want to seriously watch this film. It dabbles in the complexity of family, womanhood, and standing up for one’s self. There’s more to this book and film adaptation than just four sisters. There’s love, sorrow, and growth wrapped up in such a timeless impactful story.

MJ: Miss Americana is a glimpse of Taylor Swift’s personal life. A peek at her vulnerable moments, life-changing opportunities, and chances at redefining herself and the way she sees love and praise. For Swifties (and even most viewers), this documentary allowed people to connect with Swift. It’s so raw, honest, and emotional that it felt like she’s just one of us — fragile, pregnable, and most of all, human.

Leez: It’s exhausting to live in a world where sex is shoved aside as too taboo to educate people with. The science? Abstinence is an absolute lip service. Doesn’t work, never have, and never will. Sex Education dives deep into the complexity of sex with a stunning grip of contextual circumstances. It’s a show about getting into the nitty and the gritty of emotions, sexuality, gender, sex of course, and even trauma. How it all pans out is never how we expect it to and this show depicts that perfectly.

Carol: Becoming a comedian in the 1950s was no easy feat, even harder as a woman whose marriage was falling apart. Rachel Brosnahan shines as Midge Maisel, Jewish housewife who realizes that her wit and humor are not out of place in society — she just needed a stage to go with them. Great story and a script written by Gilmore Girls’ Amy Sherman Palladino, you’ll keep re-watching the series while waiting for the next season. Bonus: Mrs. Maisel’s outfits are utterly fabulous, proving that a lady can be smart and funny while being pretty and fashionable.

MJ: Millennials — who were always mistaken as Gen Z — are now at the forefront of the working force. Live everyone else, millenials have have struggled to find direction. The Bold Type perfectly illustrates this struggle, featuring three young women working in a fictional magazine while navigating modern life and struggle in love, career, and identity. For the most part, the show tackled stories women can relate to, with some themes centralizing on pressing social and cultural issues. This gives The Bold Type that perfect, woke millennial vibe.

Living Out Loud by Sia

MJ: When you feel like the only way is to go up or move forward, this song will be the perfect soundtrack to accompany you. ‘Living out loud’ played when The Bold Type‘s main characters decided to go after what they want in life: Kat Edison realizing there’s more to life than social media and heading out to travel, Sutton Brady enjoying her dream job and taking another chance at love, and Jane Sloan leaving her comfort zone to pursue something that will make her grow. Listen to this song when you want to make the most out of every moment in life.

Listen to The Bold Type‘s playlist.

Vincenz: LOONA (or known as 이달의 소녀 / idarui sonyeo or Girl of the Month) has been known as an ally of both the LGBT+ community and women for their empowering tracks. Butterfly is meant for all the LOONAs around the world — and the music video storyline proves that you’re beautiful just like a “butterfly” regardless of one’s race and age.

Listen to 12 K-Pop tracks to empower every woman.

Chay: Funny, compelling, and heart-warming, Dying for Sex is a podcast about Molly’s life and sexcapades after she was diagnosed terminal with stage IV breast cancer. Her sexual adventures will make you laugh, but her insights on life and relationships are what will resonate more.

MJ: ‘Conservative Ako’, translated to ‘I’m Conservative’, is the Philippines’ first-ever podcast about female pleasure and sexuality. Hosted by licensed psychologist and sex & relationships therapist Rica Cruz, ‘Conservative Ako’ breaks barriers by giving voice to questions that Filipinas have been afraid to ask.

Listen to other female-centric podcasts hosted by PumaPodcast.

Chay: Gender bias and discrimination at the workplace is still a problem we face in 2020. Harvard Business Review’s Women at Work talks issues and real life experiences, and poses solutions and advice to help women overcome obstacles  that hinder them from having a successful career.

Men Explain Things to Me by Rebecca Solnit 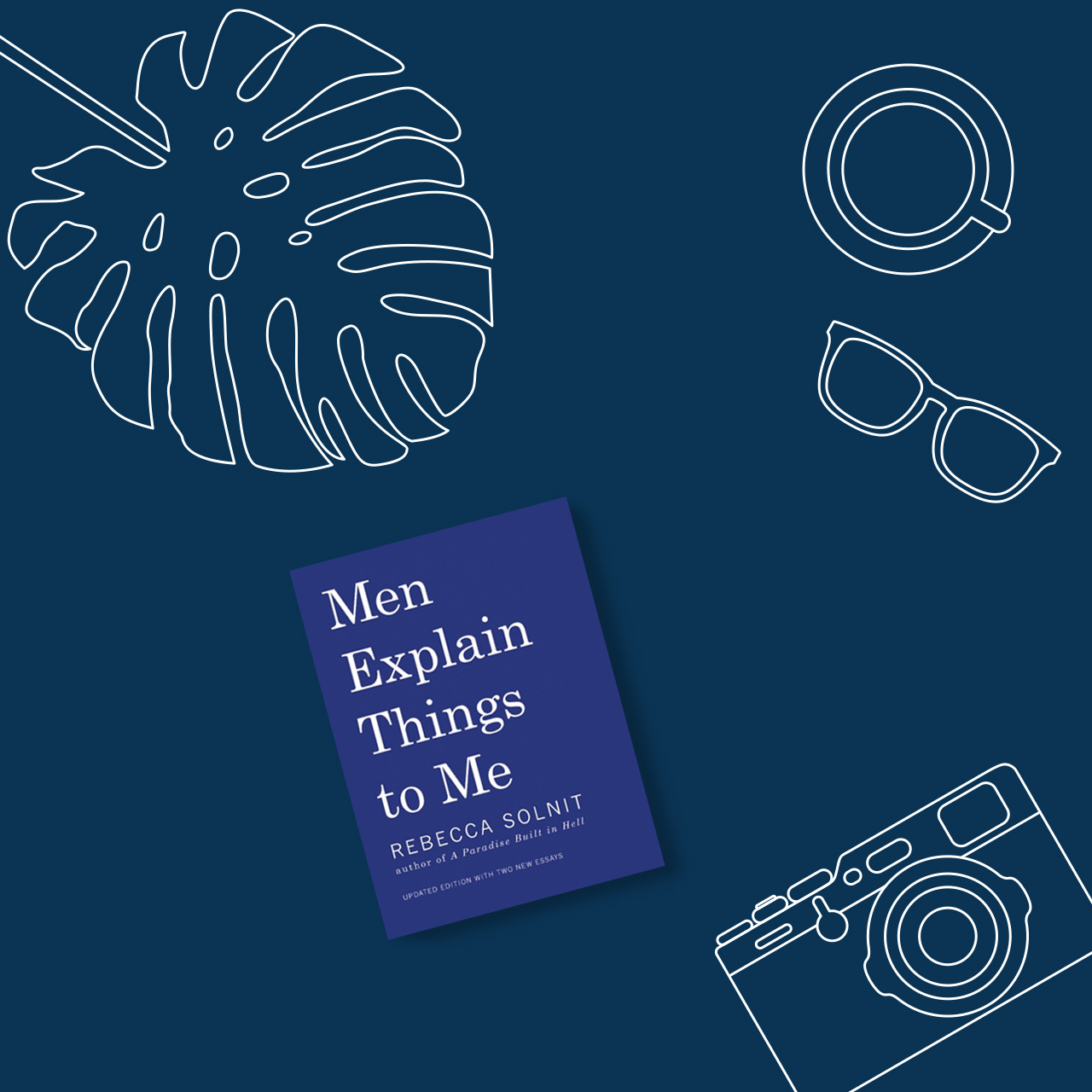 Chay: Reading this will make women (and men) feel both hopeful and helpless at times. If you need convincing why feminism is still necessary in this day and age, look no further. 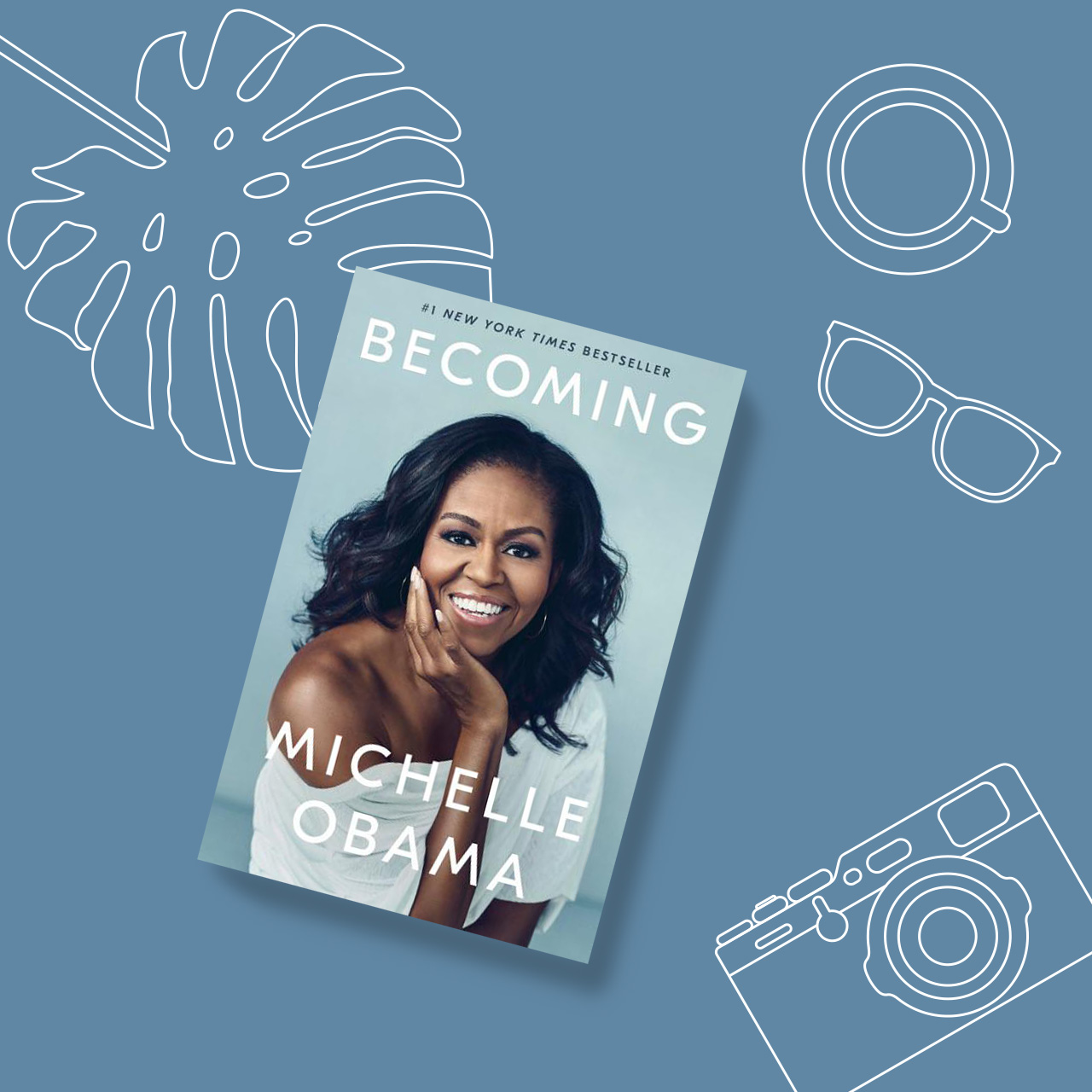 Suzie: This book is a testament that hard work, determination, and drive never go out of style. Michelle Obama’s journey from the Southside of Chicago to the White House serves as an inspiration for readers to daringly dream and courageously break the status quo.

Eleanor and Park by Rainbow Rowell 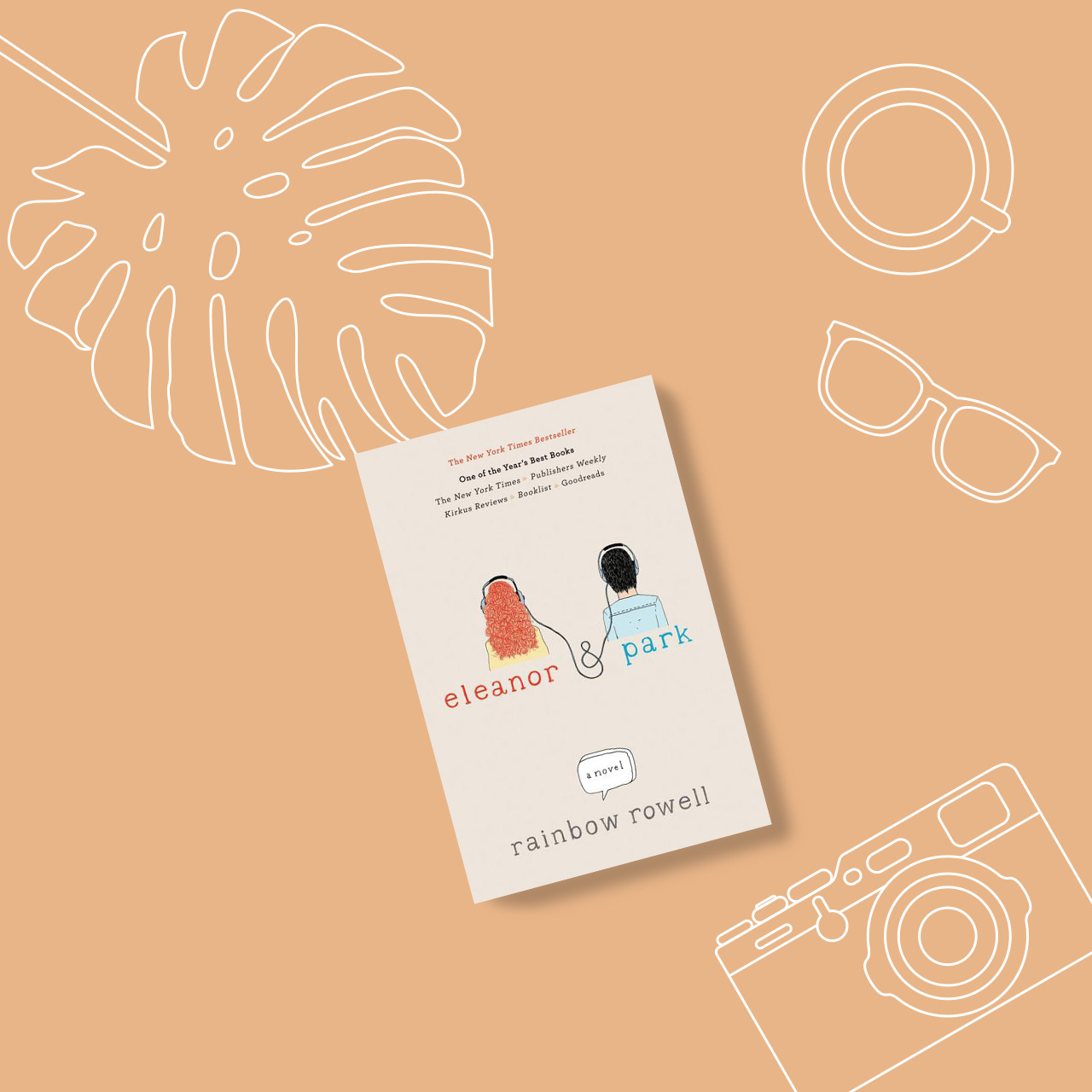 Leslie: If you want to remind yourself what young love’s like, this is a good choice. 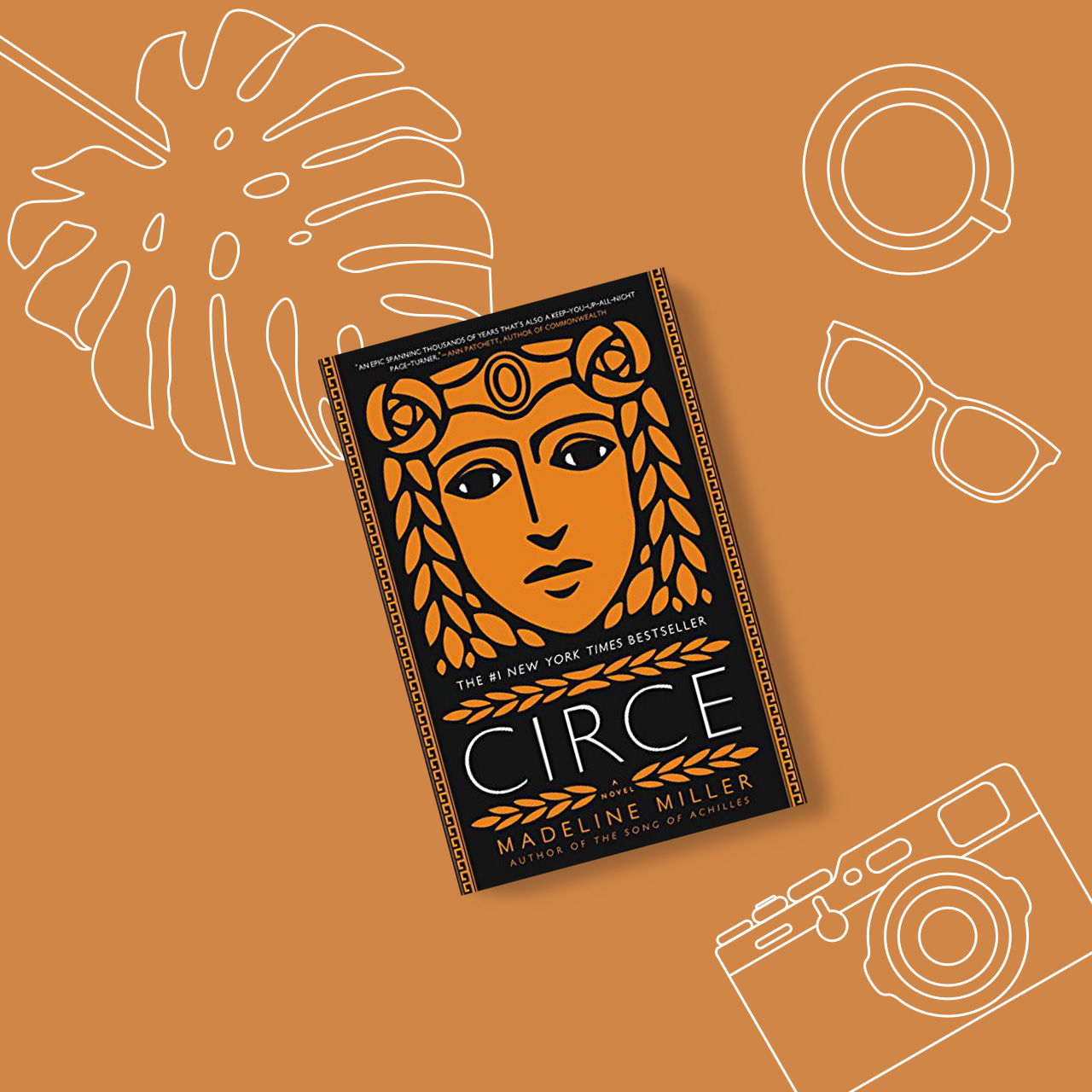 Ali: Yes, Circe, as in the daughter of Helios. The story is about making a place for yourself in a world that doesn’t understand you. A bold and feminist take on Greek mythology. 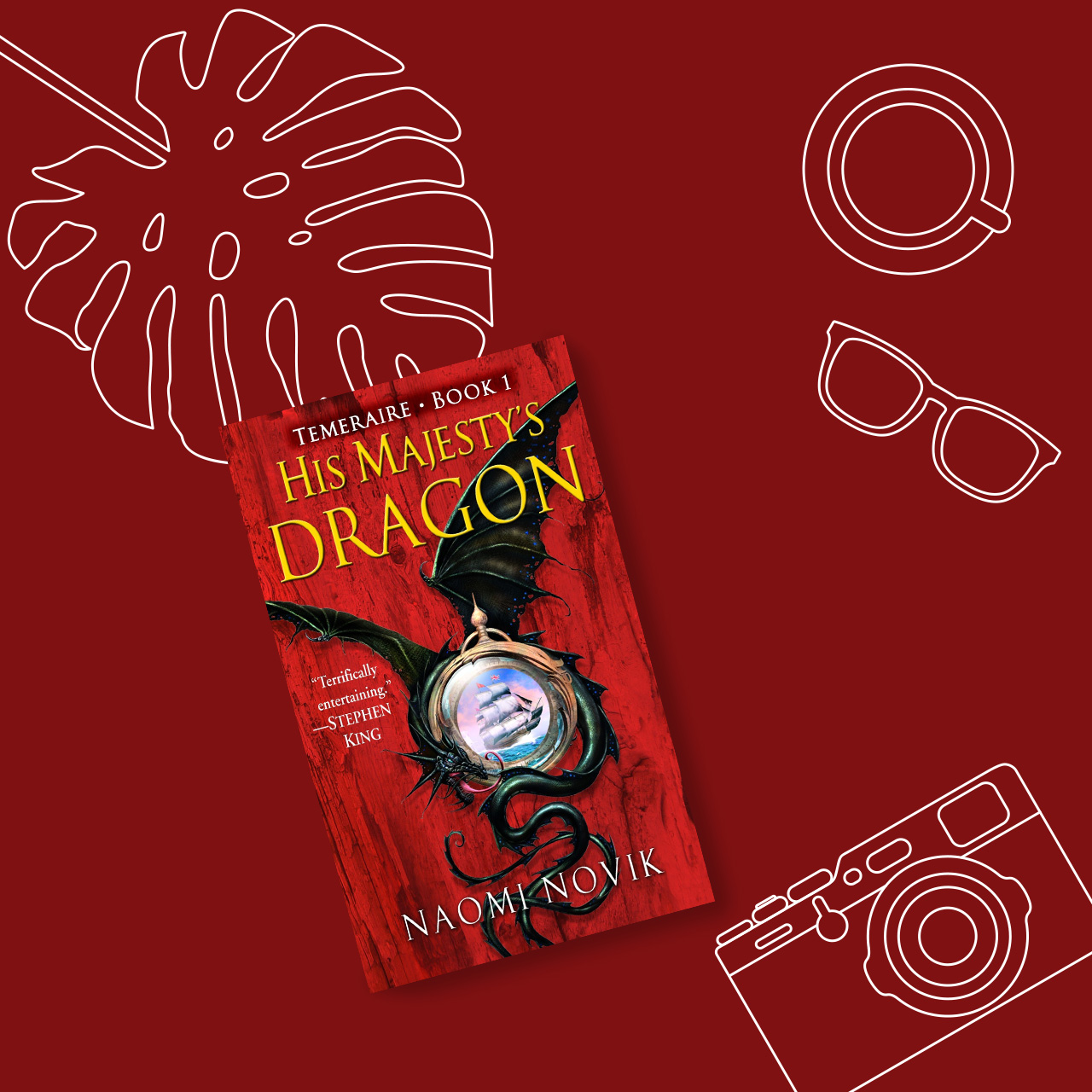 Geneva: The Napoleonic era fought with dragons! Reading sci-fi fantasy broadens even the most practical of minds, and this strong story by an amazing female writer is a must

To Kill a Mockingbird by Harper Lee 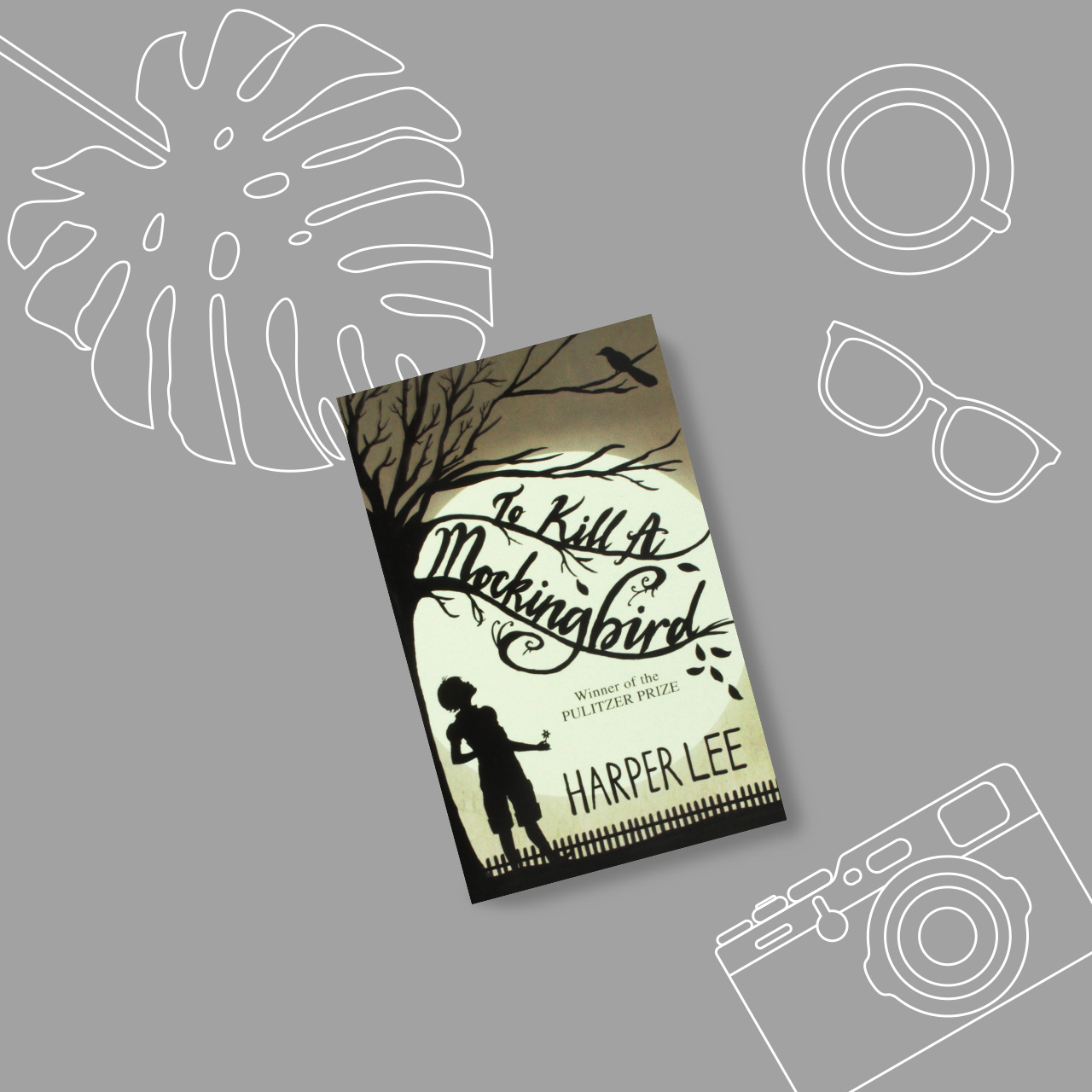 Marian: I cannot stress this enough. It’s one of those few books where I vividly remember how I felt when I finished it. You’ll know that feeling when you read it. 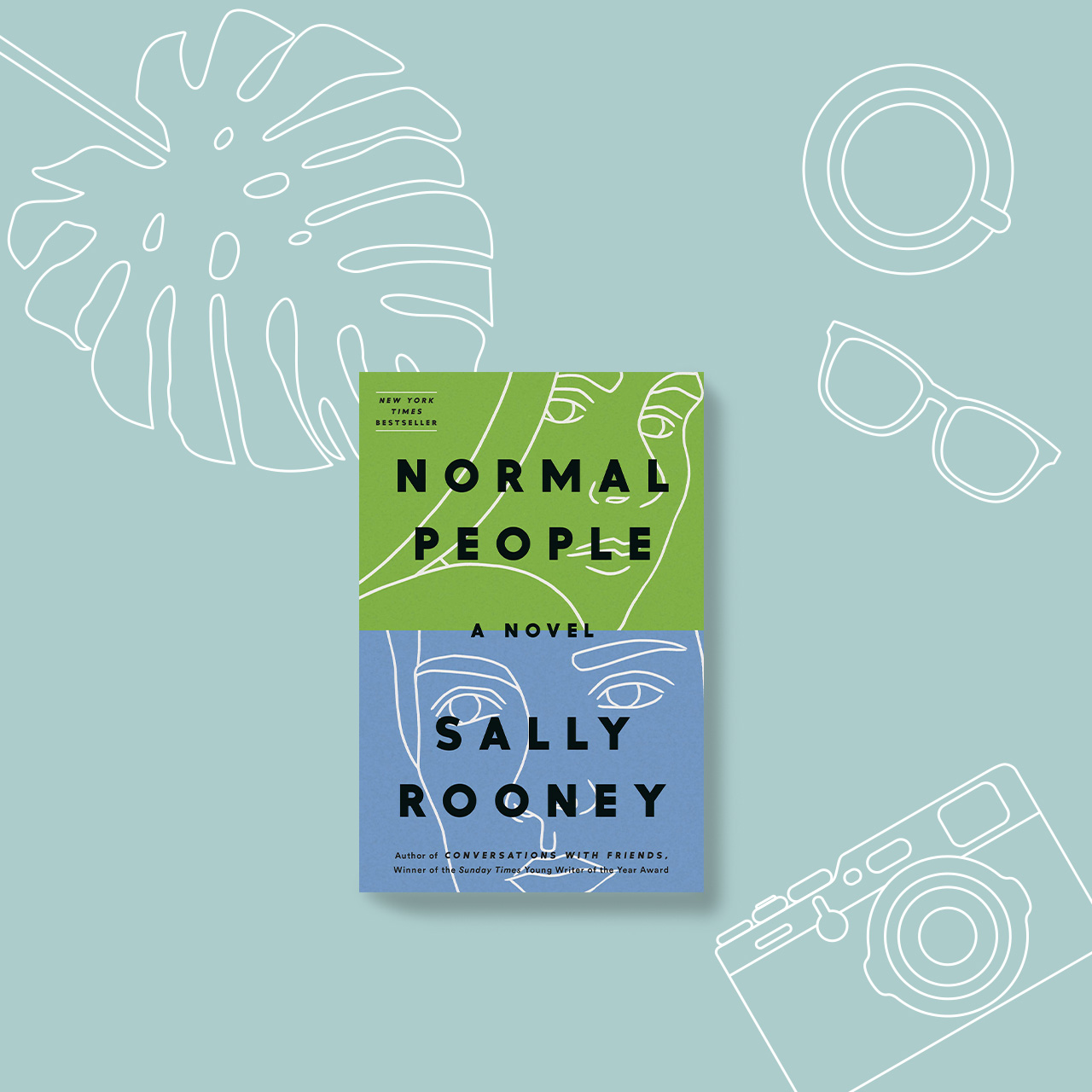 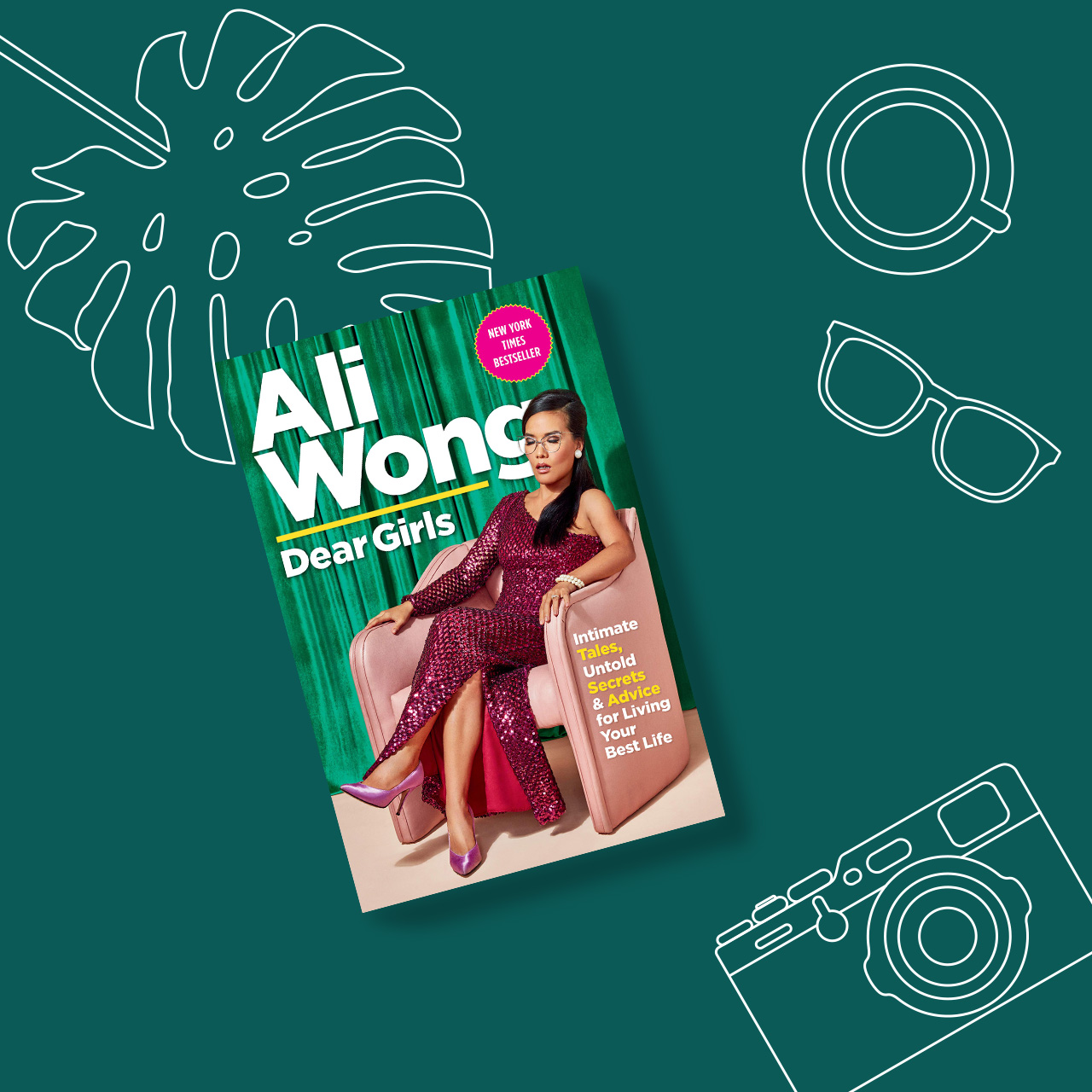 Bonnie: Dear Girls is a series of candid, hilarious letters from Ali Wong to her two daughters about topics from working women to Asian culture to love. I pulled an all-nighter in a hotel room reading this entire book and cackling to myself

Hyperbole and a Half by Allie Brosh 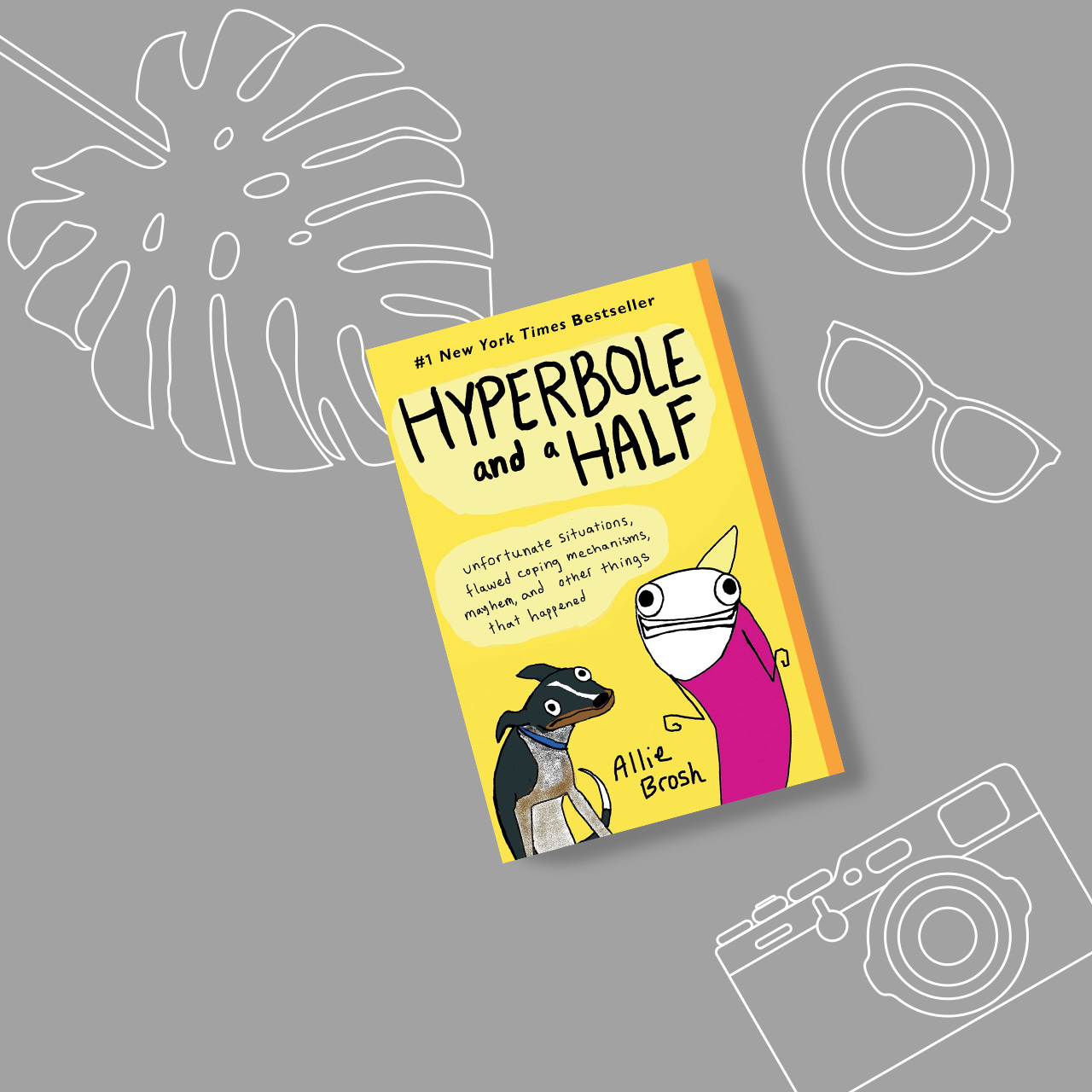 Leez: This is a strikingly quirky collection of comics that dabbles into silly, borderline psychopathic, memories and tendencies Allie Brosh embodies. This book is relatable, hilarious, and shamelessly Allie Brosh that you have to read it.