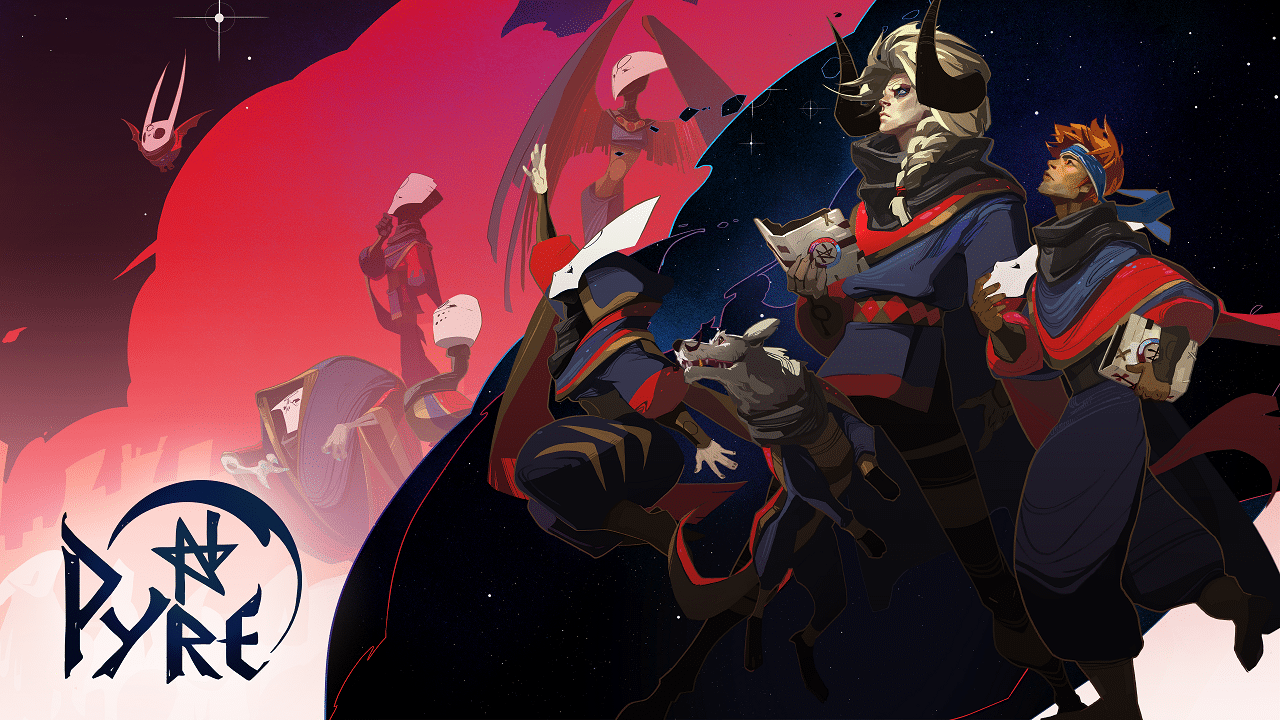 Sports ignite people. We map stories to players’ careers. We label rival athletes facing off as heroes and villains. We cry when the home team loses a deciding playoff match. We rejoice when they finally win championship gold.

Pyre sets out to spark that real human passion in its fantastical basketball/visual novel combo. 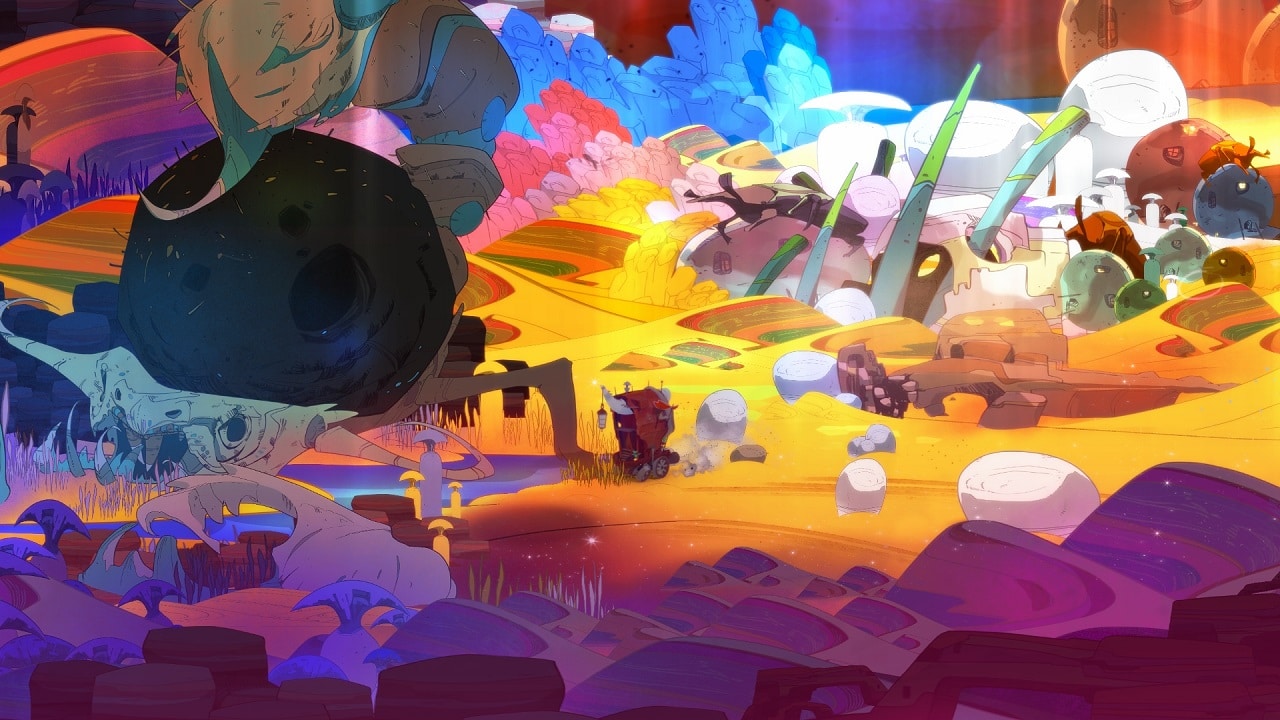 Supergiant Games, the creative studio behind Pyre, is known for its sensuous, painterly art direction. The developers do not disappoint, as one look at the screenshots should make clear. Vibrant blues and reds blend in soft brush strokes and end in thick lines in the lovingly detailed player portraits. Neon greens, yellows, and purples contrast strikingly to form surreal panoramic landscapes littered with titanic alien skeletal remains.

The character designs feel familiar yet fresh; towering horned demons and alluring harpies get mixed in with armored worm-knights and small, scrappy dog men. These creatures spring to life like in classic hand-drawn Western animation, their frames moving with the conviction of the weight they carry. Tiny imps dart about manically, savages soar with wild grace, and the sentient trees lumber as if they own the earth. 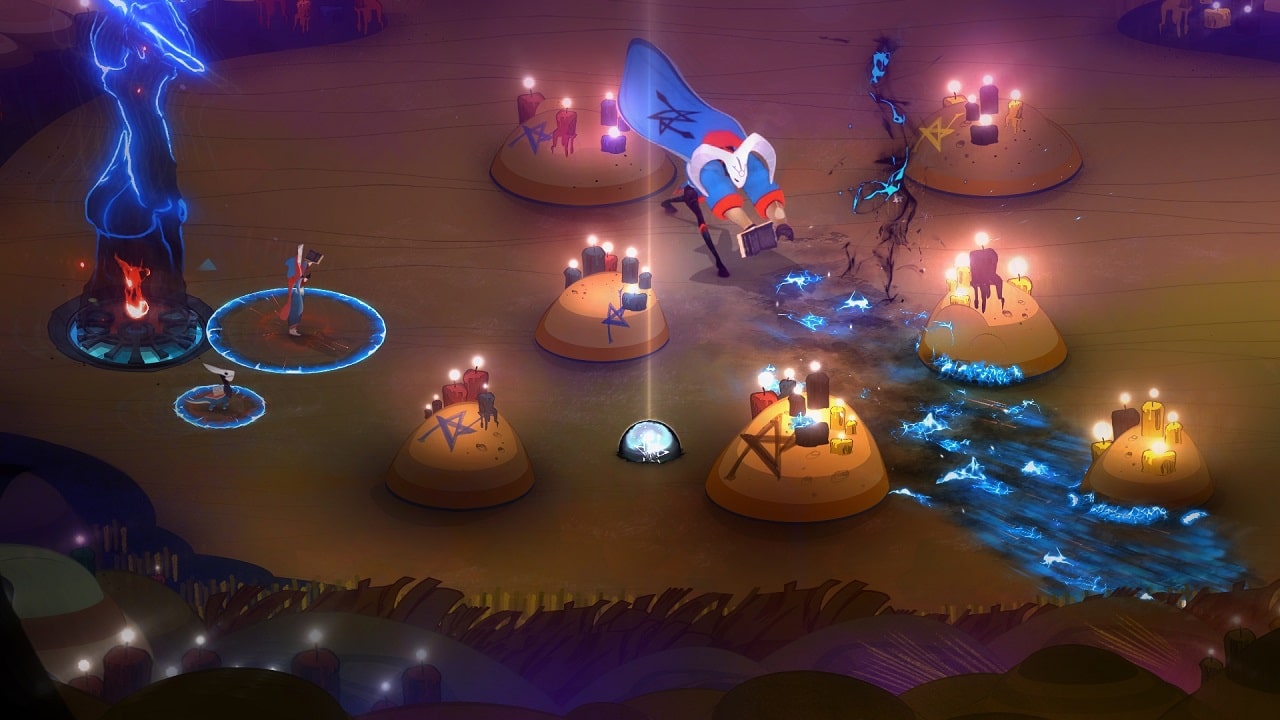 These animations playing out in the Rites, which is what Pyre formally calls its magical 3v3 sport, is a dazzling display of balletic athletics.

Darren Korb’s zydeco-electronica fusion soundtrack ramps up the tension in every contest, brings things down to a wistful melancholic chill on the road in between matches, and rouses the spirits with folksy ballads alongside soulful vocal talent Ashley Barrett. 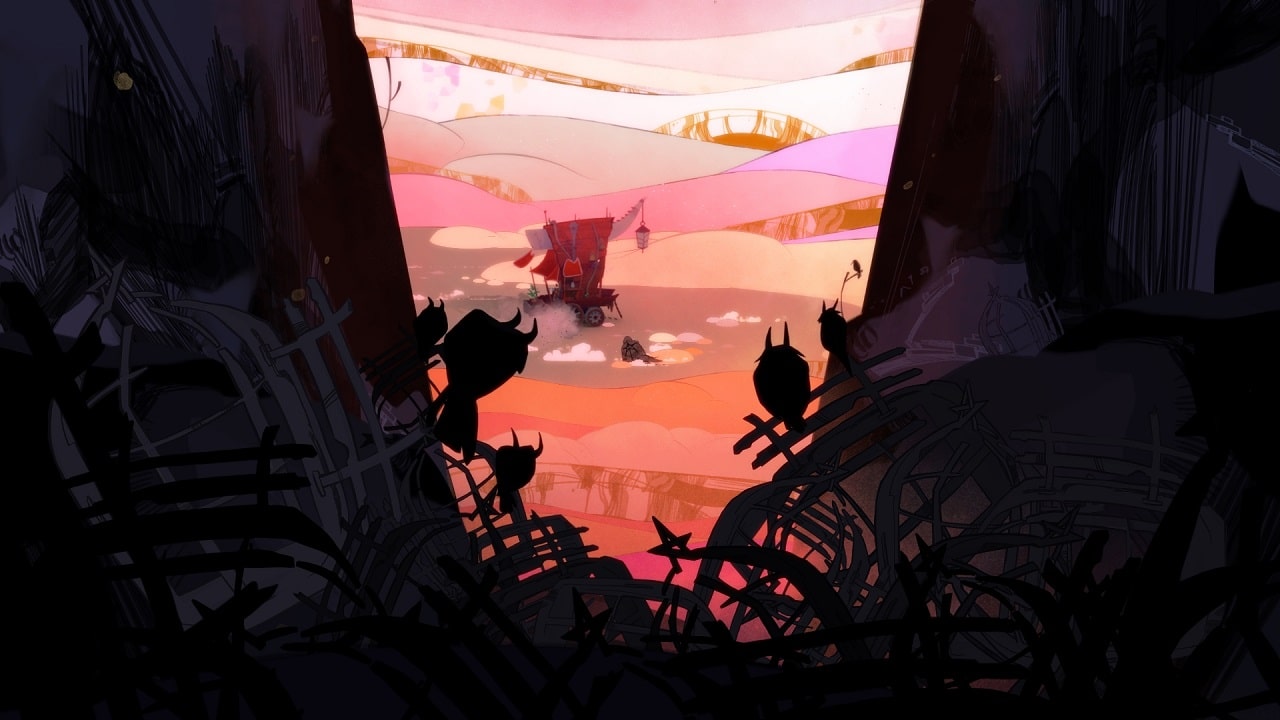 In-universe, you are the Reader. You have been exiled to the Downside, a desolate no man’s land, for the crime of literacy. Reading is strictly forbidden in the Commonwealth, the nation where you came from. The only way back to civilization is through winning the Rites, as the purity of performance in this divine tradition pardons victors of all their sins.

In the Rites, two teams of three players fight over control of a celestial orb, with the goal of dousing the opposing force’s pyre. This is accomplished by plunging the orb into the pyre repeatedly until its flames are snuffed. Points signify the strength of the pyre, dwindling every time the orb is thrown into it. Once the points are reduced to zero, the match ends. 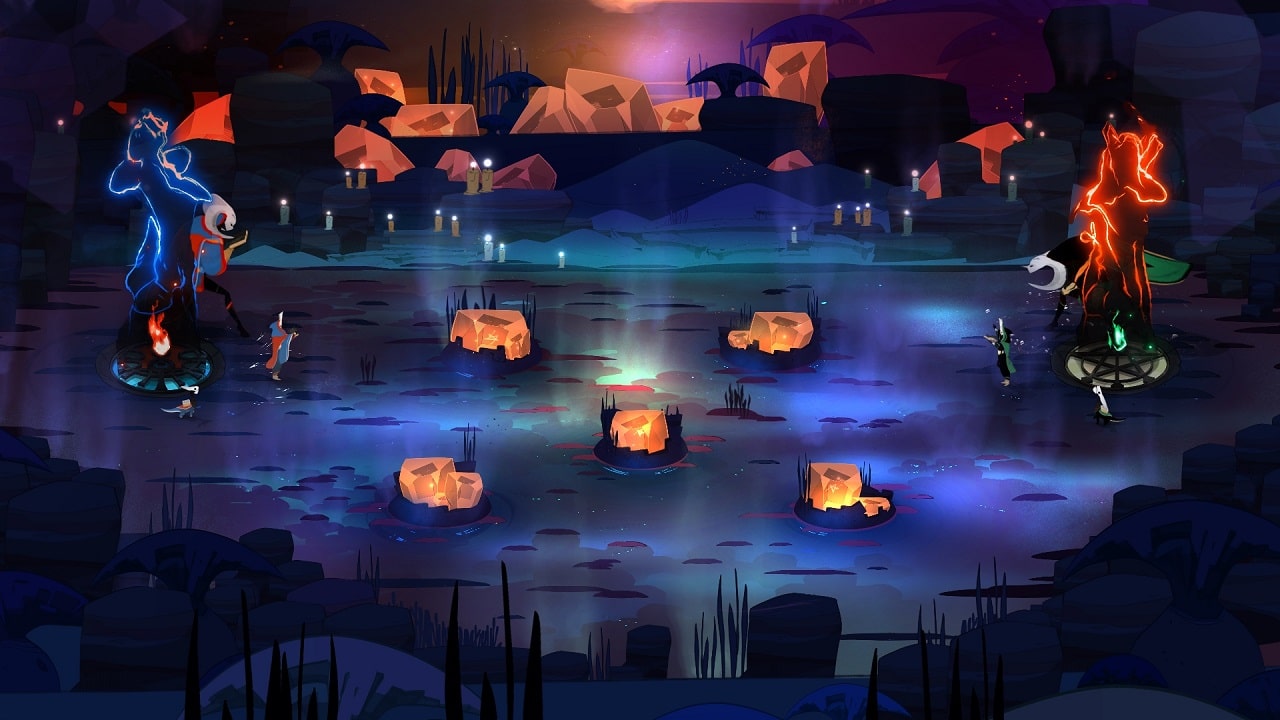 As the Reader, you act as coach to the Nightwings, once hailed as the ultimate test for other teams to prove their worth, but have now just returned as a ragtag band of misfits, eager as any of the exiles to earn freedom.

In-game, you take direct control of the Nightwings, maneuvering one player at a time. The mechanics are easy to understand upfront for a somewhat novel take on basketball, and the control scheme feels natural given the one-player limitation. However, the variations in character abilities, statistics, and equippable items make matches more intricate and even overwhelming when the difficulty spikes. 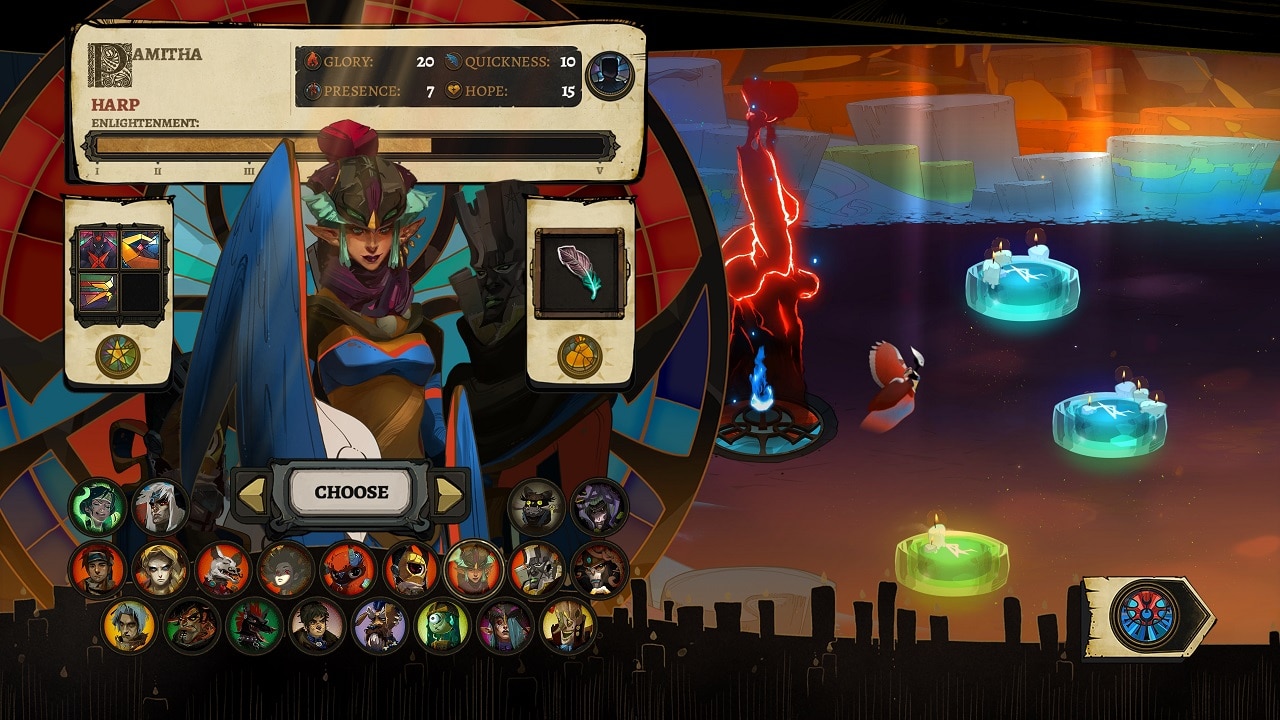 You might find yourself cruising through the early battles, as the AI players are content to watch you zip across the field, sail over their heads, and slam dunk that orb into their pyre. I certainly did, especially with immediate access to the speedier characters that can run past enemies with ease. It didn’t take too long for me to start experiencing more intense competition, though, eventually resulting in losses where my opponents choked my offense and danced all over my defense.

And this is where the unique beauty of Pyre shines through. 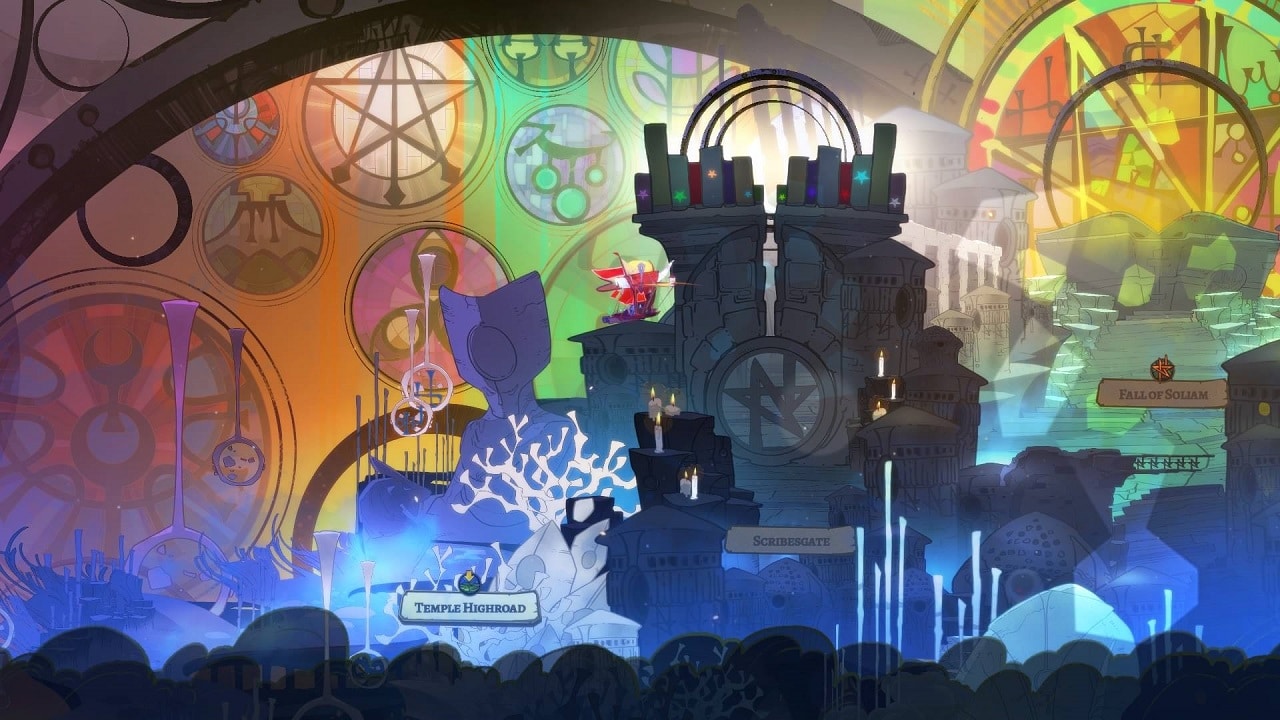 There is no game over

Win or lose in the Rites, the plot keeps moving. Remember that everyone in the Downside is an exile and yearns for liberty, too. So when your adversaries triumph, their own personal narratives advance in step with the Nightwings’ journey. And while a majority of the teams you face are headed by unrepentant evildoers, there are a couple of genuinely good people also vying for liberation.

When you learn how the aged cur Dalbert Oldheart was unfairly banished from the Commonwealth, losing doesn’t sound so bad if this kind old critter goes free. You can be victorious next time, and without a guilty conscience, dunk on Witch Udmildhe and her bog crones who wish to unleash the malevolent Yslach Astral-Born on the world. 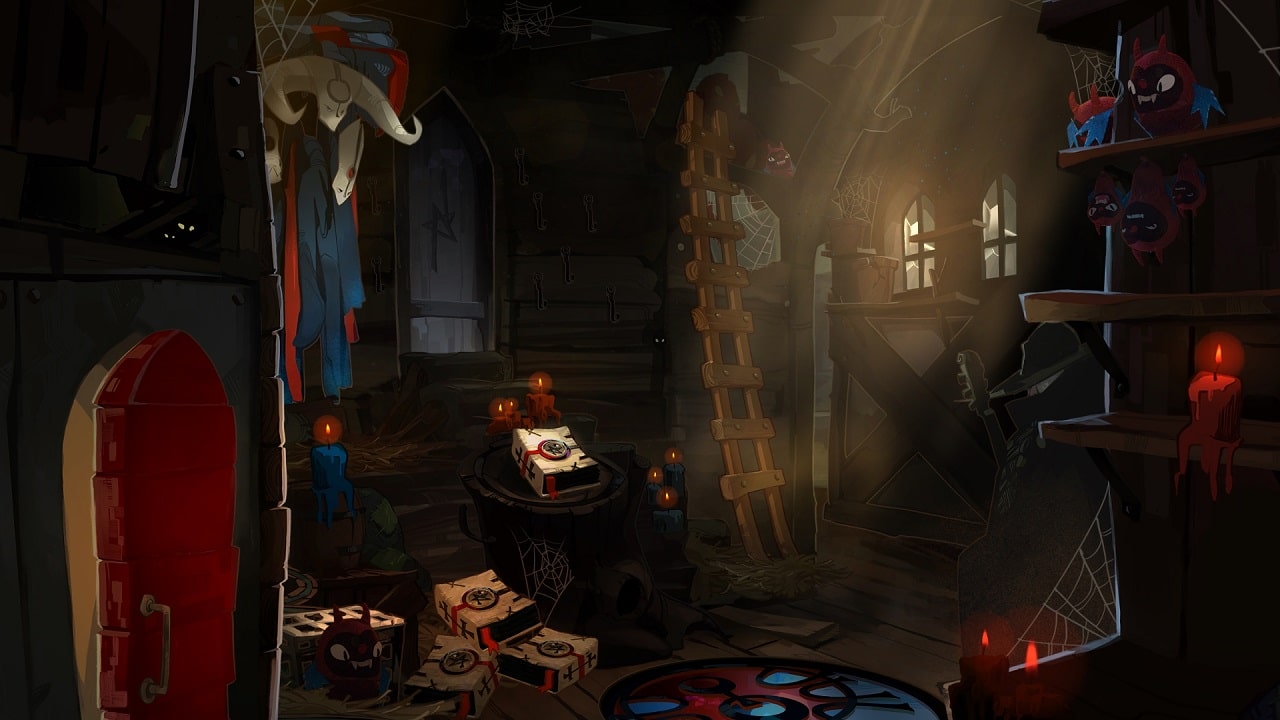 Not that winning doesn’t come with its own price either. When you win and let a team member go back to the Commonwealth, you let that team member go for good. In addition, you can only choose from the three characters you’ve used in matches the most. This means you’re constantly losing the players you’re most accustomed to when you keep winning.

MVPs, one and all

Thankfully, every individual you recruit into the Nightwings is a standout, both in how they play in the Rites and how their own story arcs develop and overlap with the rest of the colorful cast. Pamitha, the sassy harpy, cuts across the field with winged fury, but relents at the immediate sight of her sister out of guilt. The pale white, blue-eyed blonde demon Jodariel cuts an imposing figure with her steely stare and twisted horns, and she commands the court with her presence. Yet, past her stoicism lies warm, motherly instincts. 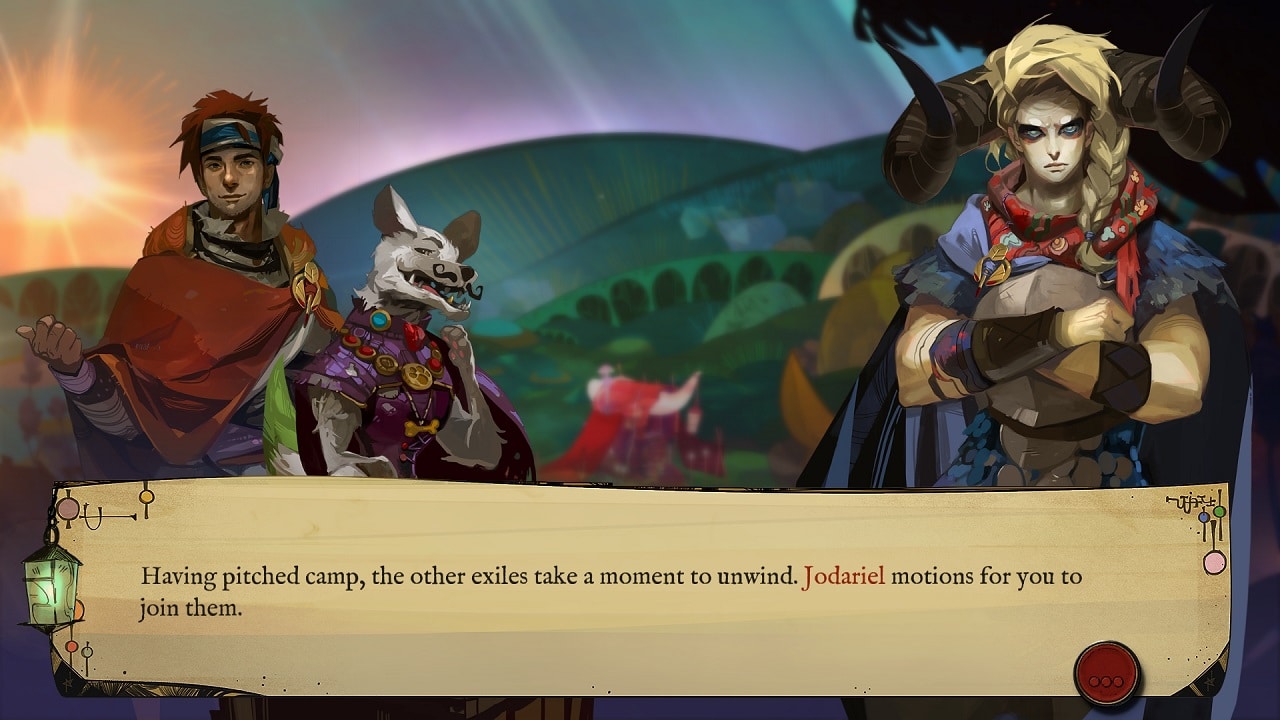 Pyre introduces such outcasts with complicated backgrounds at a reasonably rapid clip, and when you’ve assembled the entire crew, revelations are dropped at an even pace to keep you driving forward to see where the plot goes.

And before I forget, most of the interactions with the characters and the world at large is through the visual novel format of still portraits and lots of text interspersed with choices. Voice acting (save for one particular role which has to be heard to be believed) is limited to mumblings in a made-up language. It’s charming in how distinct the delivery is, and I never noticed a single canned soundbite. 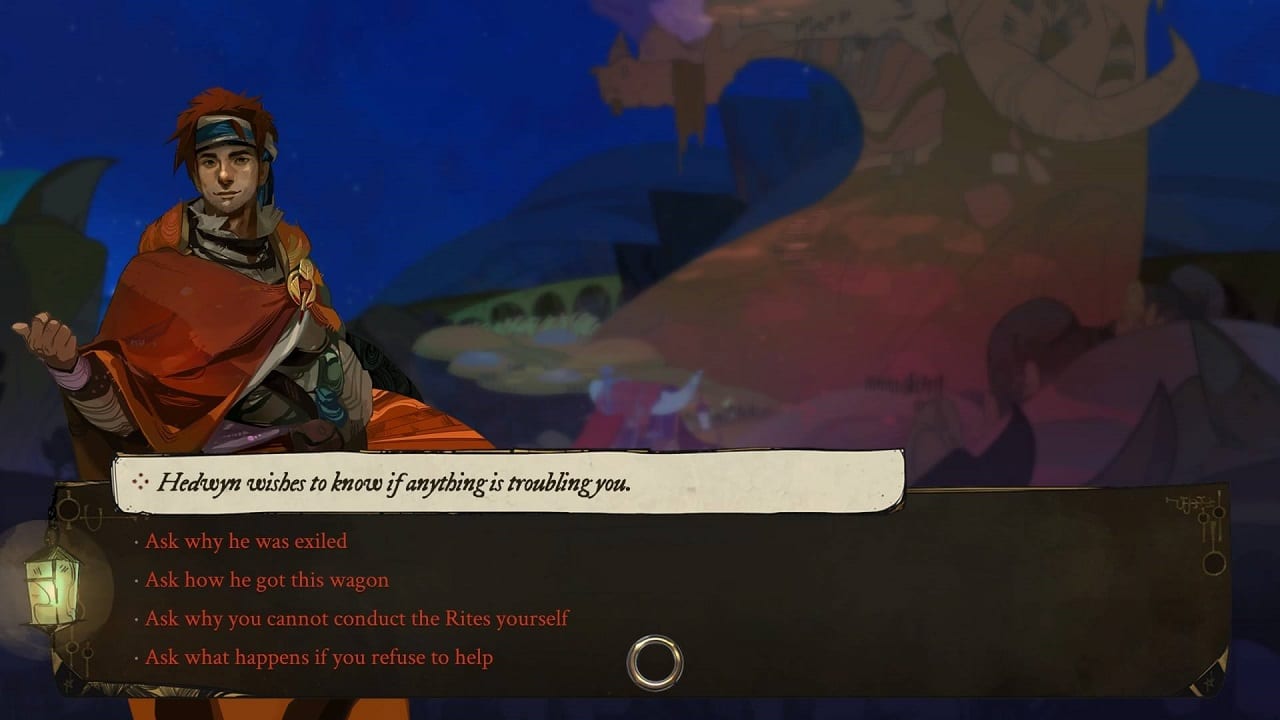 Yet this static presentation never left me bored or buttoning through dialogue. I basically marathoned 10 hours on my first session, and reached the very end on my second five-hour sitdown with the game. Despite the archetypes that make up the cast, the authenticity in characterization made me love each of the Nightwings.

I laughed at Rukey Greentail’s boasts landing his furry tail in hot water. I was in awe of Sir Gilman’s boisterous determination. I pondered on Volfred Sandalwood’s notions of true independence. I was gutted over Hedwyn’s broken promise. I agonized over every choice as to which of them I would anoint for freedom. 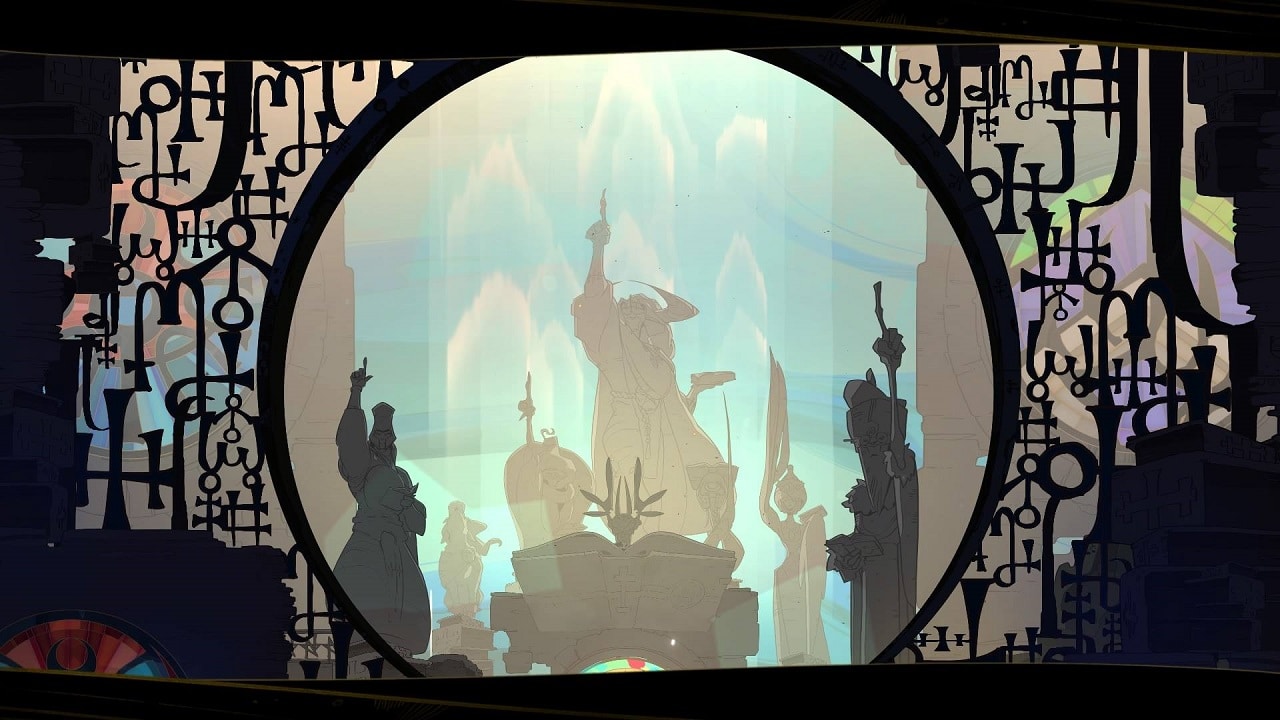 I will be replaying Pyre. I want to learn more about those I let go early, fight even harder, and just make better decisions to see how all the Nightwings deal with the burden of losing comrades and gaining liberty in a land of oppression. I will cast myself once more into the fires of competition for their sake, because Pyre made me believe their bonds are worth burning for.