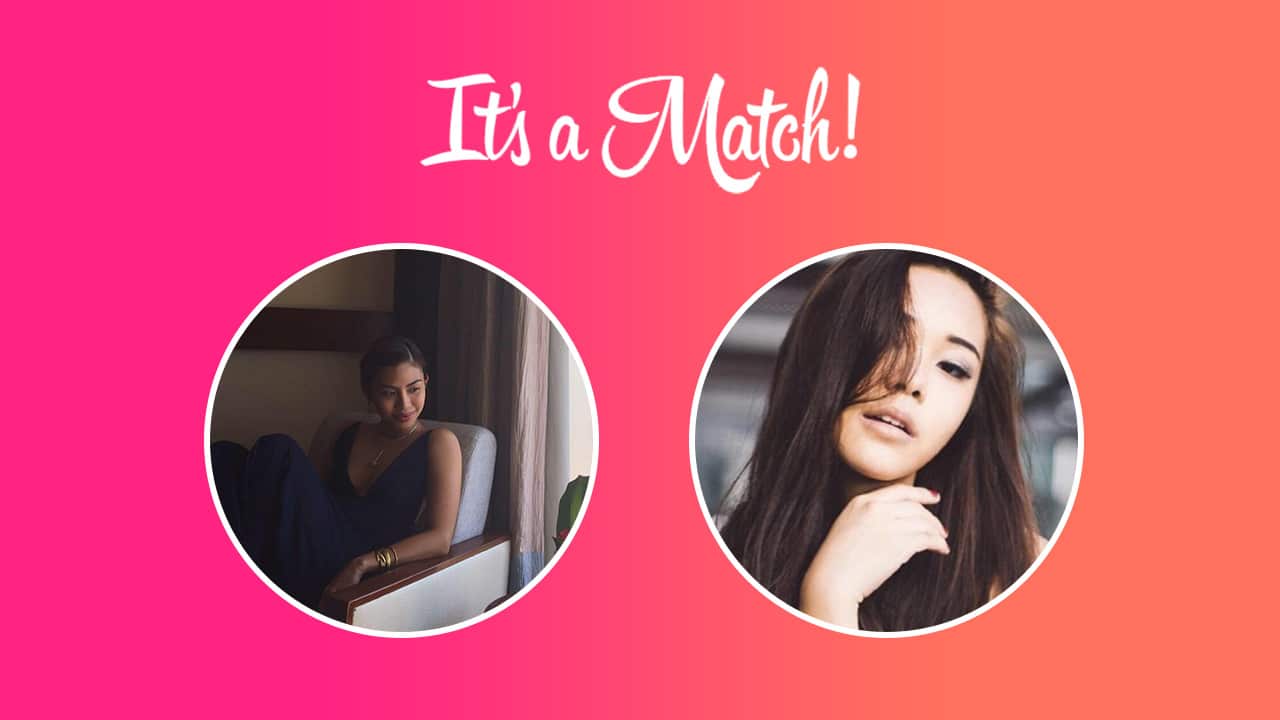 Tinder has been a staple of dating in the time of social media. Like any self-respecting single millennial who grew up on Disney fairy tales and now on the lookout for a happily ever after, I swipe through the app every now and then.*

As I was merrily not swiping one evening, I was alerted by a friend to a weird Tinder experience he had.

So, I decided to investigate.

Now, imagine my surprise when, contrary to my Tinder preference set, a bunch of pretty girls popped up on the app as possible matches. 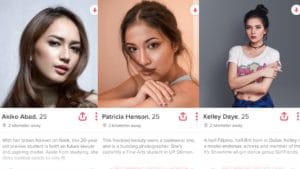 Because I was investigating, I swiped right. Lo and behold: a match!

This new Tinder match then sent me a message about possibly winning an outing with her through booking a ride with ride-sharing app Grab: 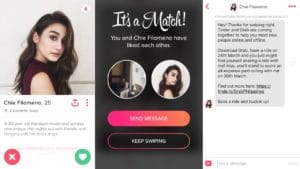 And it happened again: 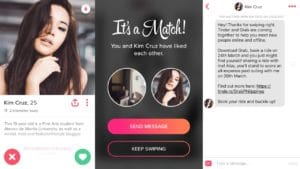 There were, all in all, five pretty ladies I matched with who told me the exact same thing, despite my (clearly) hetero preference.

Since I was not one to give up, I swiped until I matched with a boy (like I said, I was investigating). At that point, my inbox was looking like this: 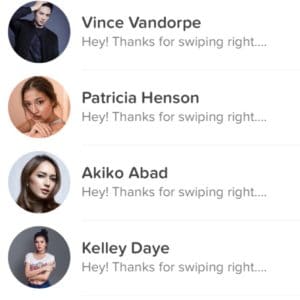 Grab’s Instagram page has since confirmed that this is, indeed, a marketing promo. Said app is not a stranger to “matchmaking” gimmicks. Last February, the brand delivered #GrabBaes to unsuspecting riders on Valentines day.

Last I checked, the Grab promo Tinder profiles have been properly labeled — and rightly so. Boys now mostly inhabit my roster of possible matches as per my personal settings, but then again, they’re not all real men — literally (but also figuratively).

Last 2015, Tinder announced the release of Tinder Plus, a paid version of the popular dating app. However, this is the first we’re hearing of an actual marketing campaign in Asia conducted on the app itself.

In this day and age, it seems that love isn’t the only thing cashing on on the swipes!

*or on a regular basis.