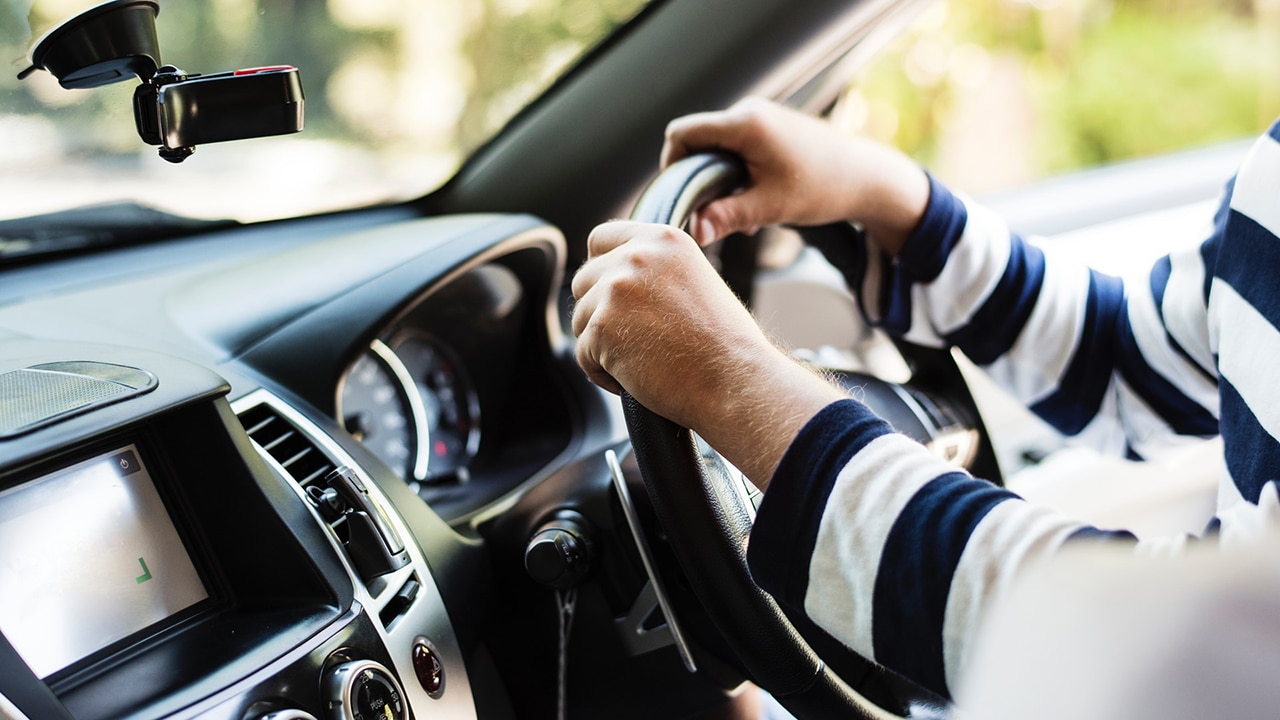 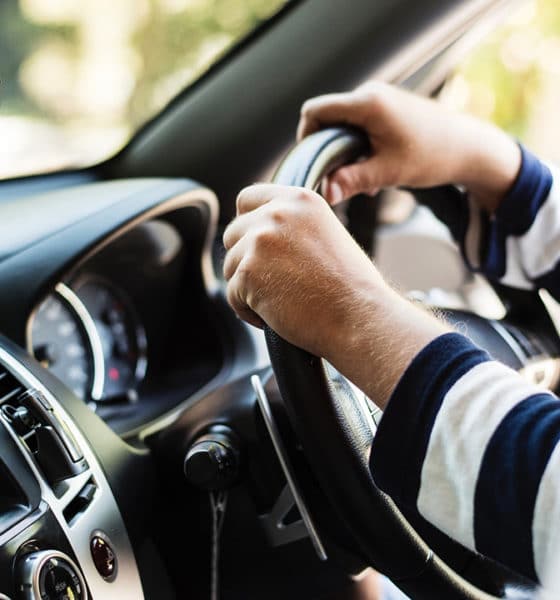 It’s never too late to do something new

It was a Friday, my birthday. I, along with the local media team, flew to Hong Kong for an annual event on electrifying cities to achieve a greener environment.

After the warm welcome of the event’s hosts, they started briefing us of the day’s itinerary. We were to use the company’s electric vehicles and drive them through Hong Kong’s three main regions to get a feel of how they ride and put their features to real-world use.

Exciting, right? Thing is, Hong Kong is a right-hand drive territory and I live and grew up in a country with left-hand vehicles. I’ve never driven on the opposite side of the road. I figured I’d just wing it.

I figured I’d just wing it.

They finally sent us out to the cars in pairs and assigned us an official rep either to make sure everything went well or that we didn’t run away with the car — pretty sure it was more of the former.

My partner for this ride was a fellow journalist in the automotive industry. He would always crack jokes on almost anything he saw which somehow took my mind off the fact that I’d be driving in a foreign country with unfamiliar roads during my first right-hand drive experience.

We agreed that I’d take the wheel for the first half of the trip and switch seats halfway so we both could experience the electric vehicle. I grabbed the door handle on the right side, opened it, and gave my weight to its cushioned driver seat.

I was faced with the cockpit of the vehicle. As a person who likes things neat and in order, the buttons, displays, and icons were neatly laid out. I was not overwhelmed.

I spotted a mounted GoPro on the passenger’s side aimed directly at me. I thought it was cool to have a copy of myself driving on the opposite side of the road for the first time.

I kind of felt like I was in a sci-fi movie.

With everyone inside, I stepped on the brake and pressed the ignition button. The motor of the car whirred with a held-back enthusiasm. “I’m still not used to how quiet it is,” I told my companions, explaining that I was already able to drive the car — only the previous year’s model. The absence of a gas-guzzling engine made the vehicle come to life not with the sound of a heavy breathing dog but more like Wall-E‘s Eva powering up. I kind of felt like I was in a sci-fi movie.

Then we were off to take on the gloomy and chilly weather. The hotel’s lobby is elevated so there was a long spiral-like ramp that led in and out of the driveway. Turning towards the ramp was critical for me as it was my first turn to the opposite lane. “Always enter the left lane. Always enter the left lane.” I kept telling myself this over and over just to rewire my mind and unlearn the driving system that I grew up with and adapt to this new setup.

We drove down the ramp, onto the street, and later on into the highway. “So far so good,” I thought to myself. The idea was to drive through a pre-designated route using Google Maps. But, as with most times, things didn’t go as smoothly as planned. The app didn’t work properly for the first 15 to 20 minutes of our trip. It had problems with GPS so I had to listen to the company’s representative seated at the back as he pointed when and where to turn.

But, as with most times, things didn’t go as smoothly as planned.

For a while there, I was like an Uber driver going through the busy streets of Hong Kong.

The vehicle responded very well every time I stepped on the gas pedal. We were discussing that having an electric motor means power is quickly channeled to the wheels so it responds a lot faster compared to internal combustion engines. I also liked how the car didn’t have problems gaining speed whenever I needed to catch up. Basically, exploring the car’s array of features, while driving, helped me eliminate the few anxieties that I had left. Yes, I enjoyed the drive.

It was about 30 to 40 minutes in that I became more confident driving the right-hand vehicle. Entering the left lane every time I turned became more and more natural. Of course, there were times when I’d still forget I was on the opposite side — like that time I was paying at the toll gate and opened the left window instead of the right. Boy, was the teller confused when I did that.

While probably a really simple and obvious solution, one of the things that helped me with the transition was to think of everything in the opposite way. That way, It was easier for me to grasp the entire idea of right-hand driving. If my natural habit was to keep right, I knew that during that moment, I needed to keep left. When it felt natural to flick the turn signal using the left switch, I’d use the right since the left would be for activating the wipers.

If my natural habit was to keep right, I knew that during that moment, I needed to keep left.

That kind of mindset got me through the entire ride right up to the point where I and the other media I was with had to switch for his turn to drive.

I went down, walked around to the other side, and got in the passenger seat. It was weird because since I was back to sitting on the left side, the initial response of my arms was to grab the steering wheel and start the vehicle, forgetting all of a sudden the “brainwashing lessons” I taught myself just half an hour ago.

Seeing the GoPro that was mounted right above me, I reached for it to check if it was still recording. I then noticed there were no blinking red lights. I leaned closer and to my surprise, it wasn’t even turned on. So much for documenting my first right-hand experience, right?

“It wasn’t recording the entire time!” I exclaimed. It was unfortunate but we had a laugh out of it. I figured I’d just write down the events that happened so that I wouldn’t forget it. I powered up the action camera and started recording for my partner’s sake. With dark clouds and light rain still accompanying us, we started driving back to the hotel.

My key takeaway from the experience was to know what works for yourself.

During our trip back, I reflected on what I just did, from the excitement to the feeling of fulfillment of doing something the first time and succeeding. My key takeaway from the experience was to know what works for yourself. For me, I simply had to do the opposite of what I’m comfortable with to make sure I had clear control of what to do for certain situations.

Of course, it would also help a lot if one would closely study and practice for something like this. I just didn’t have much choice and had limited time to prepare for the drive.

We got back to the hotel, thanked the company’s representative who came with us for being an accommodating guide, and I went straight to my hotel room to freshen up for the night’s welcome dinner.

It was a great experience overall and am still thankful for the brand extending an invite to the event. The fact that I did something for the first time on my birthday only made it more special. To more drives!

The Honda BR-V, City, and Brio 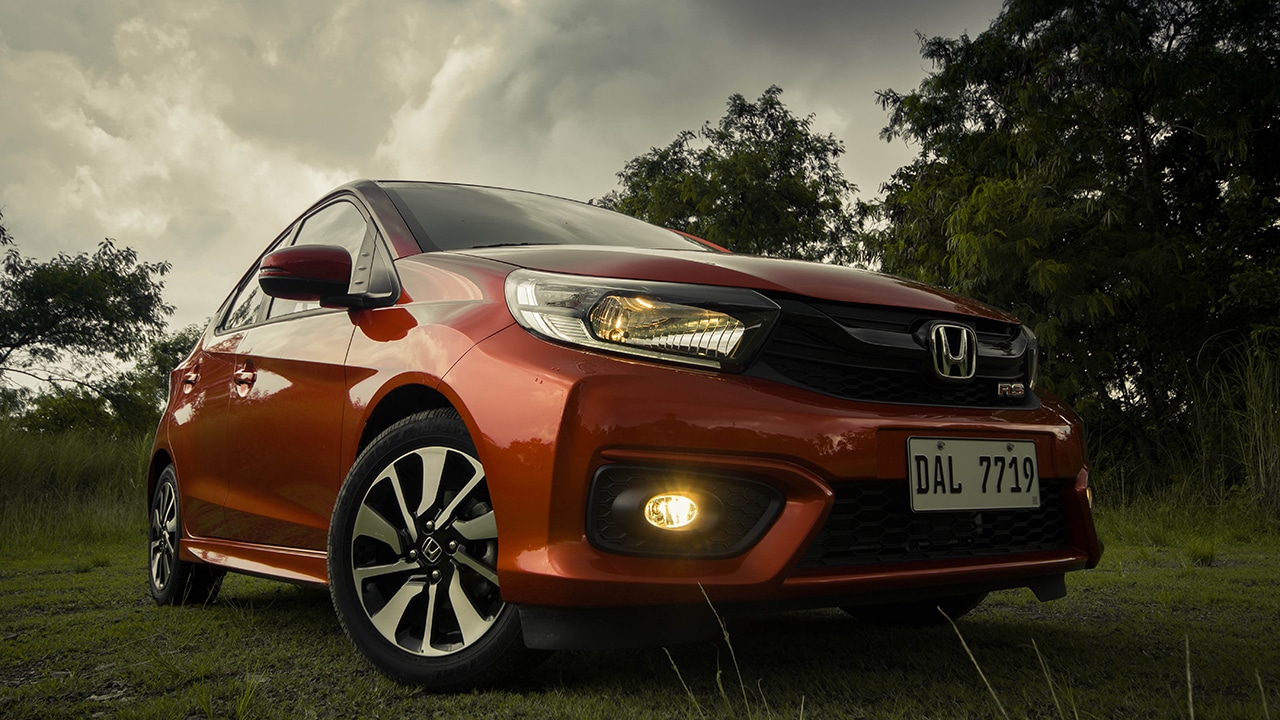 With fuel prices skyrocketing lately in the Philippines, it makes sense to invest in a fuel-efficient car complemented by regular Periodic Maintenance Service (PMS) provided by its company.

And as Honda continues to improve its vehicles’ fuel economy in different driving condition, the manufacturer is offering the following models for customers to save more:

The models underwent fuel economy runs organized by Honda Cars Philippines in partnership with the Automobile Association of the Philippines (AAP).

Aside from picking the right vehicle, Honda also recommends two maintenance visits a year at any of their authorized Honda dealers.

This way, cars will stay in shape with a good-tune up, and ensure better performance in the long run that saves owners more money.

Customers may also visit Honda’s Virtual Showroom for a more detailed guide on preventive maintenance, as well as their technologies like Honda SENSING and Honda’s driver assistance and collision avoidance.

In addition to making the right choice and maintaining good use of one’s car, Honda suggests these following tips for a more fuel-efficient vehicle:

Keep tires properly inflated: A study suggested that as low as a 1 percent decrease in pressure can lead to a 0.3 percent reduction in fuel economy, so keep those tires checked 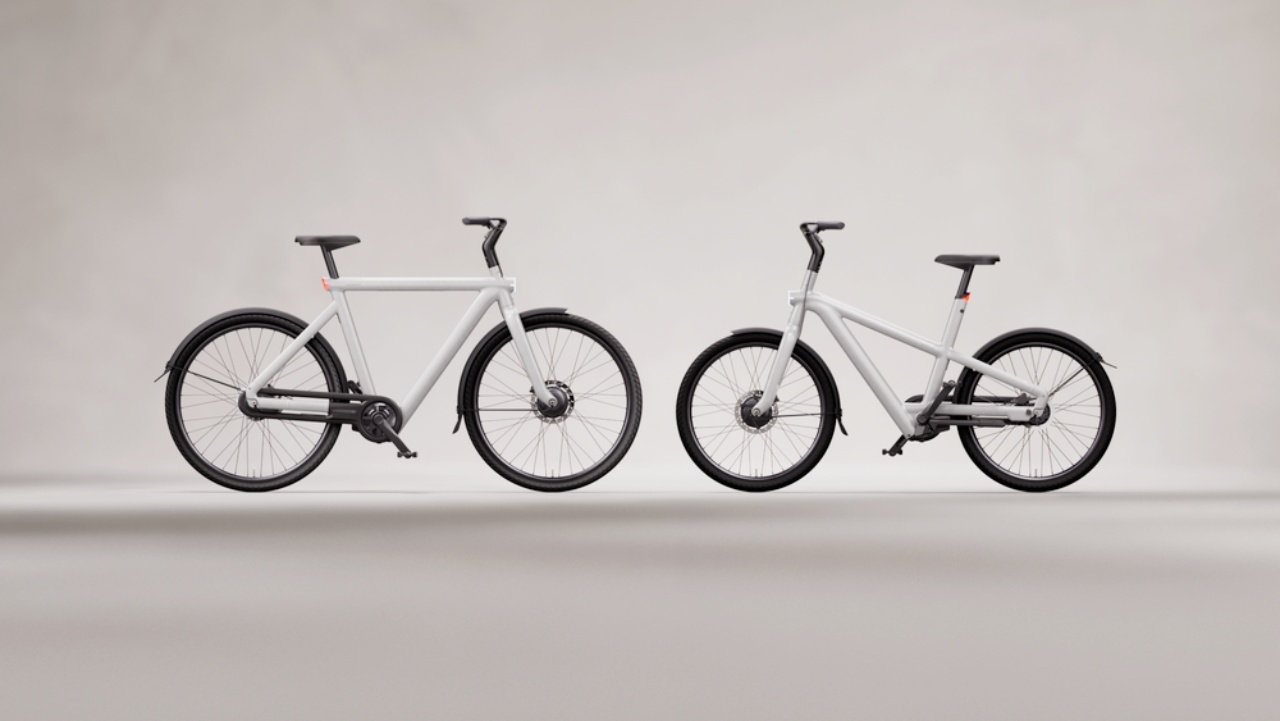 Urban e-bike developer VanMoof has announced its latest generation e-bikes: the VanMoof S5 and VanMoof A5.

Deliveries will start from July 2022, while a range of accessories will become available in early summer of 2022.

To manage demand and delivery times, riders get access to purchase via waitlist. Sign up to the waitlist at vanmoof.com.

The VanMoof S5 and A5 have the industry-first Halo Ring Interface which is integrated into the e-bikes’ handlebars and shows speed, battery levels, and connectedness.

The VanMoof anti-theft technology has been improved with a revamped in-wheel kick lock, bigger pin, and new auto retract function.

The bike can secure itself with a tap, and is able to unlock automatically upon the rider’s return.

Both e-bikes also come with a new optional phone mount and USB-C charging port for riders to turn their phones into instant dashboards suitable for navigation or on-the-go charging.

With a series of improvements and an award-winning design, the S5 and A5 are poised to have elevated stability, usability, and overall riding experience.

This system includes a complex network of intelligent sensors that are engineered to give riders an ultra-smooth riding experience.

Both the S5 and A5 respond to the rider’s pace and movement, thanks to upgraded electronics, rebooted torque sensor, and Gen 5 E-shifter.

An alternative as fuel prices continue to soar 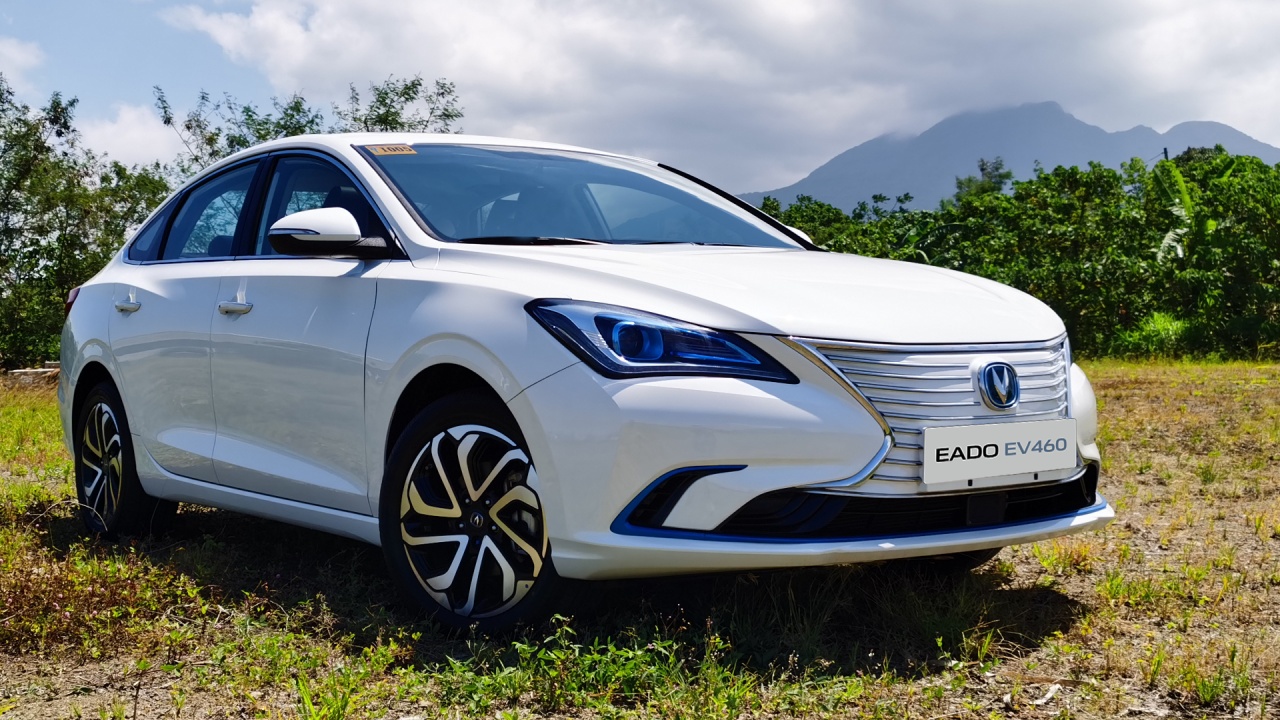 One premium option is the Eado EV460 car from Chinese automobile manufacturer Changan.

The Eado EV460 was one of five offerings introduced to the Philippine market back in 2020.

The model was hailed as China’s greenest vehicle and Model of the Year at the China Green Car Annual Awards back in 2018.

Thanks to further research and development, the Eado EV460 now has three-in-one electric drive, which allows the more optimal usage of energy for every charge.

The car model takes about eight hours to fully charge, and only 30 minutes for a fast-charge of about 30 to 80 percent on quick charge stations. 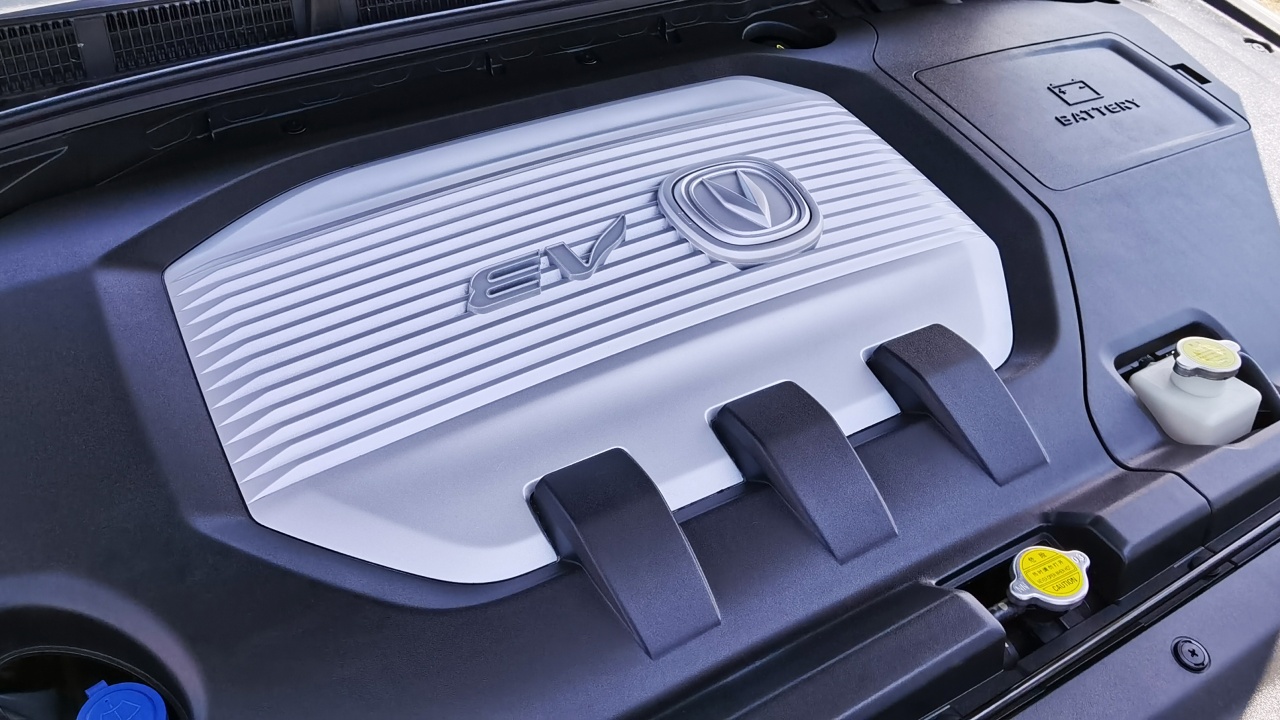 Aside from the Eado EV460’s efficient power consumption, it also boasts more features that make the car keep in step with most fuel-powered sedans in the market, including:

Aside from that, safety wouldn’t be a problem either as the Eado EV460 has smart safety features, including:

The Eado EV460, now available on order at PhP 1,828,000 at Changan dealerships nationwide.

Interested customers may also take a first-hand glimpse of the Eado EV 460 at the Changan Pavilion at the Manila International Auto Show on April 7 to 10, 2022 at the World Trade Center in Pasay City.