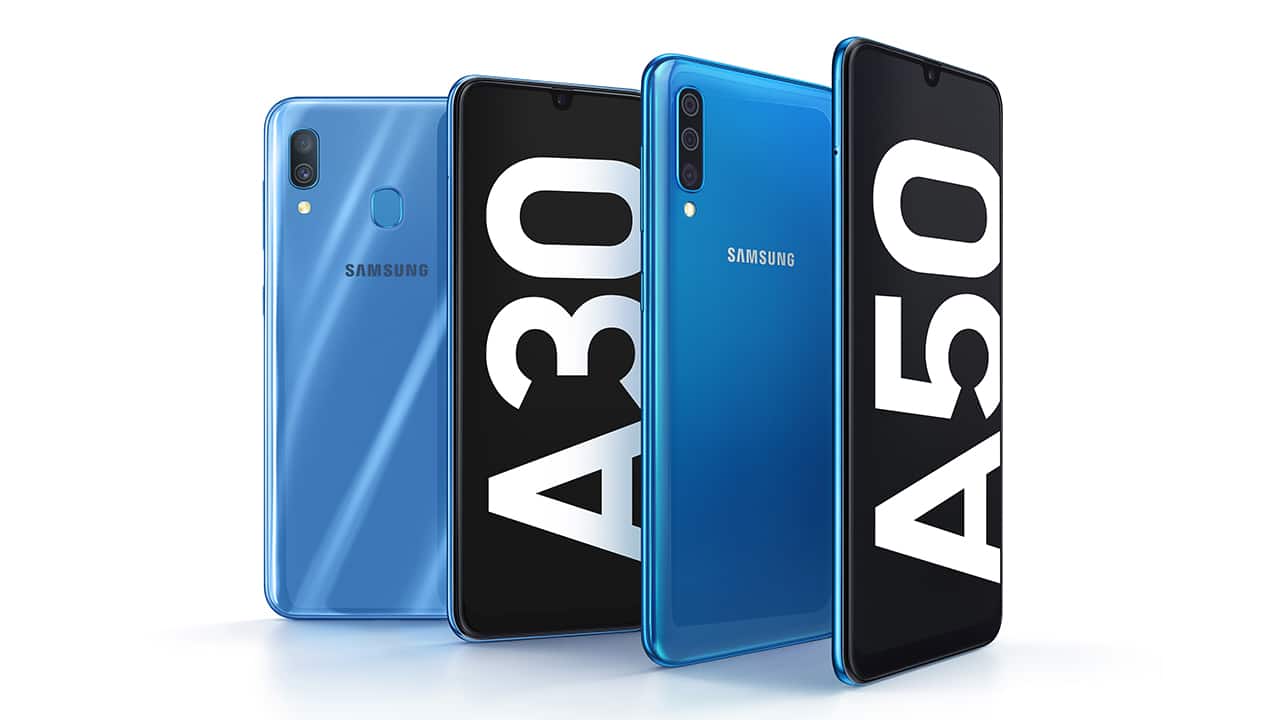 After the introduction of the Galaxy S10 flagships, Samsung announced two midrange phones which sport what the company calls Infinity-U displays. The Galaxy A30 and Galaxy A50 are two new models under the upgraded Galaxy A series.

Let’s start with the Galaxy A30 with its 6.4-inch Super AMOLED display (Full HD+ in resolution) and small notch housing a 16-megapixel selfie snapper. It’s powered by Samsung’s own Exynos 7885 processor with up to 4GB of memory and up to 64GB of storage. If that’s not enough, users can expand the storage capacity using a microSD card.

On the back, the phone has two rear cameras with 16- and 5-megapixel sensors. Good thing the secondary camera is not just a depth sensor; it’s an ultra wide-angle shooter.

A fingerprint reader sits in the middle of the phone’s glossy back, while the large 4000mAh fast-charging battery is sealed inside.

The Galaxy A30 will come in black, white, and blue colors. If you’re wondering about the build of the phone, Samsung calls the design “3D Glasstic” which is a combined word of glass and plastic. We’re inclined to believe that this is just another marketing ploy to sell the phone’s mostly plastic body.

Under the hood is a slightly faster Exynos 9610 processor with up to 6GB of memory and up to 128GB of expandable storage.

In the camera department, the Galaxy A50 has a vertical triple camera setup on its back with AI. It has a main 25-megapixel f/1.7 camera paired with a 5-megapixel depth sensor and an 8-megapixel ultra wide-angle shooter. In front, it has a 25-megapixel camera for taking selfies.

The Galaxy A50 has a “3D Glasstic” body as well, and the same color choices with the addition of Coral. The battery capacity is also at 4000mAh with support for fast charging.

Pricing and retail availability were not mentioned in Samsung’s press release.