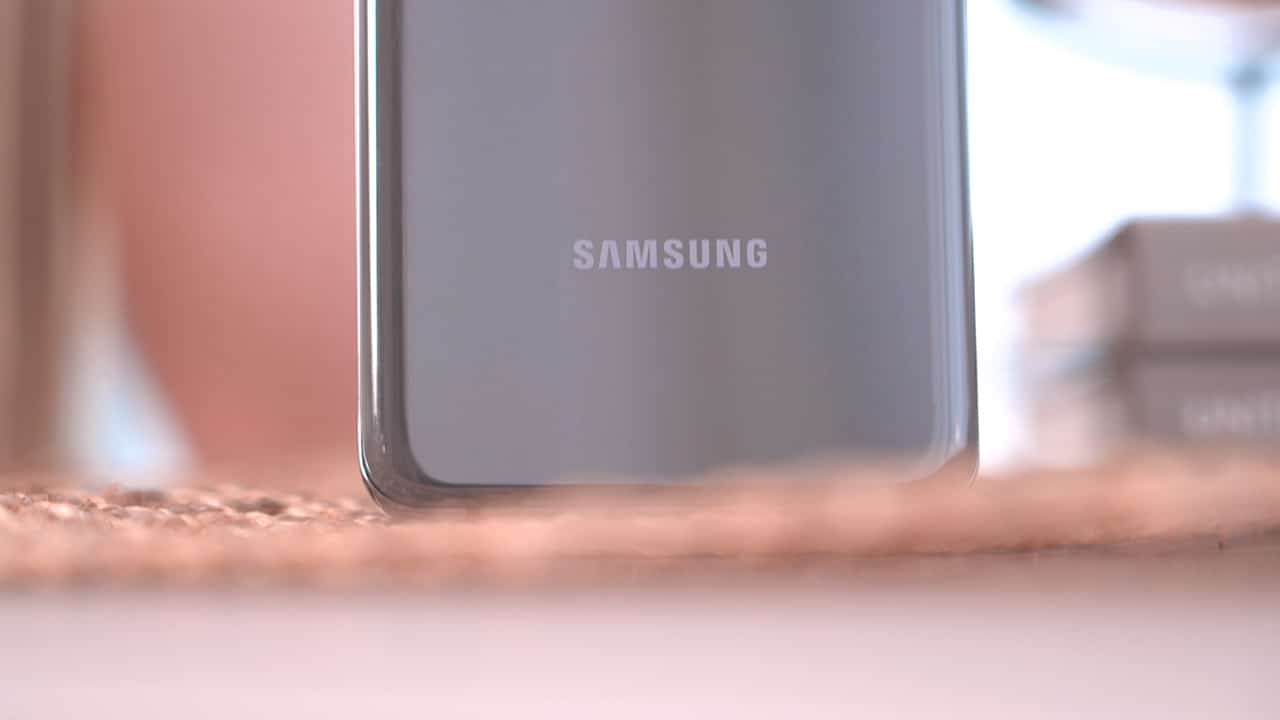 The latest 16GB mobile RAM package uses eight 12-gigabit (Gb) chips and four 8Gb chips. The chips are made based on the 10nm process, Samsung confirmed.

With 5G just around the corner, smartphones will need more storage, faster processors, and even more memory. The next generation of wireless communication is capable of transferring a huge amount of data, in turn, demanding more hardware resources. The recently launched Samsung Galaxy S20 Ultra houses the latest 16GB chip and comes with a tag price of US$ 1,399. 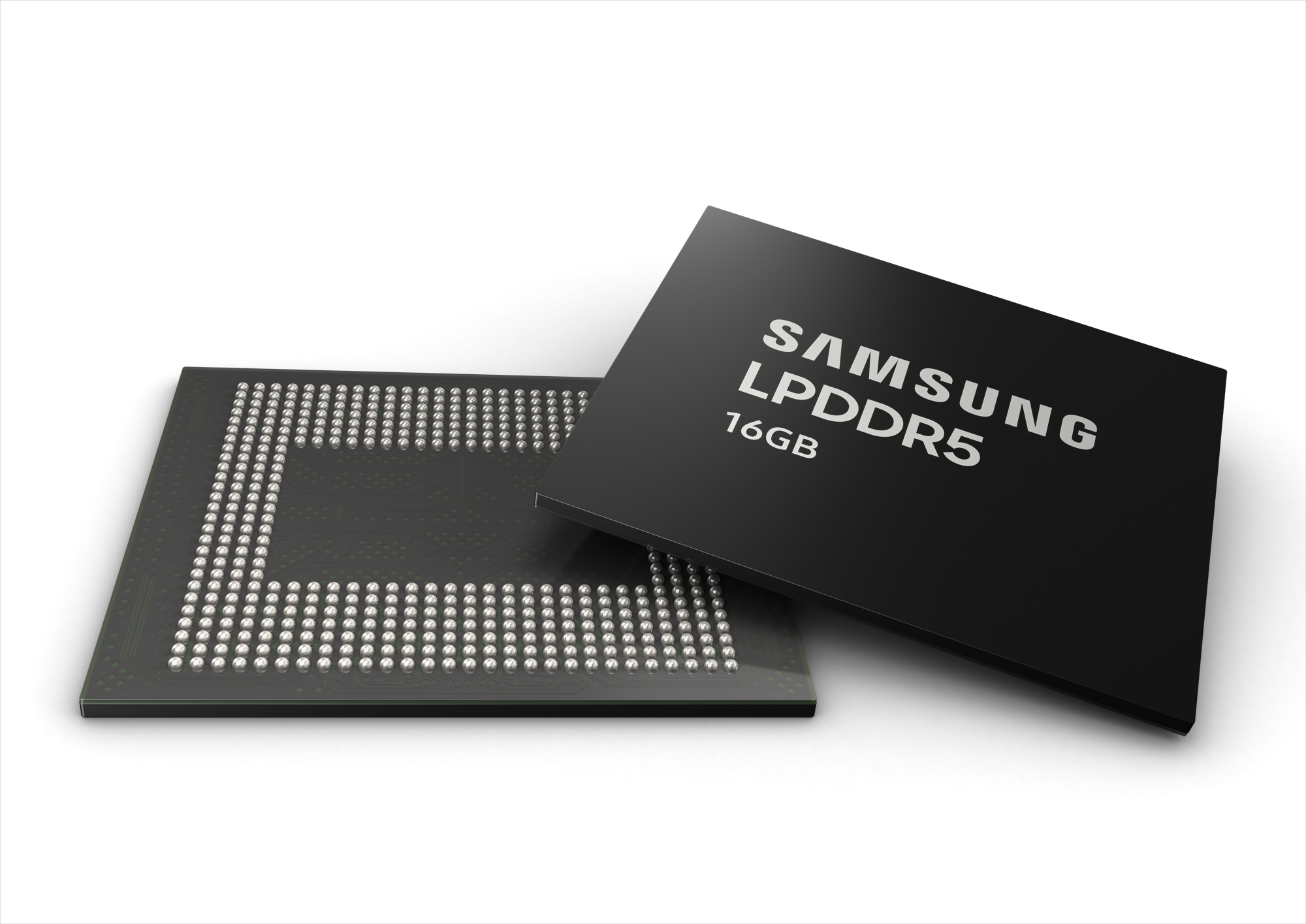 This new RAM chip will not only boost the memory on-board but is also expected to be 30 percent quicker and consumes 20 percent less energy than the previous generation LPDDR4X chips. LPDDR5 chips can support transfer speeds up to 5,500 Mbps (687.5 MB/s).

Samsung has also revealed it’s working on a more efficient chip that’ll support transfer speeds of 6,400 Mbps. It expects to mass-produce the chip in the second half of 2020.

In the last few years, smartphones have become extremely powerful and there’s no limit to it. On the other hand, laptops have stuck to 8GB or 16GB of RAM for a long time. Windows 10 and macOS are well optimized to run within these parameters.

Interestingly, while Android OEMs are gearing up their phones with more and more RAM, Apple has refrained from getting involved in a numbers game. iPhones with just 3GB RAM often out-perform Android counterparts with 8GB or even 12GB of RAM. At the end of the day, a lot of it depends on the software and its level of tuning.

Tired of a ‘lockdown’ relationship? Facebook has Tuned for you 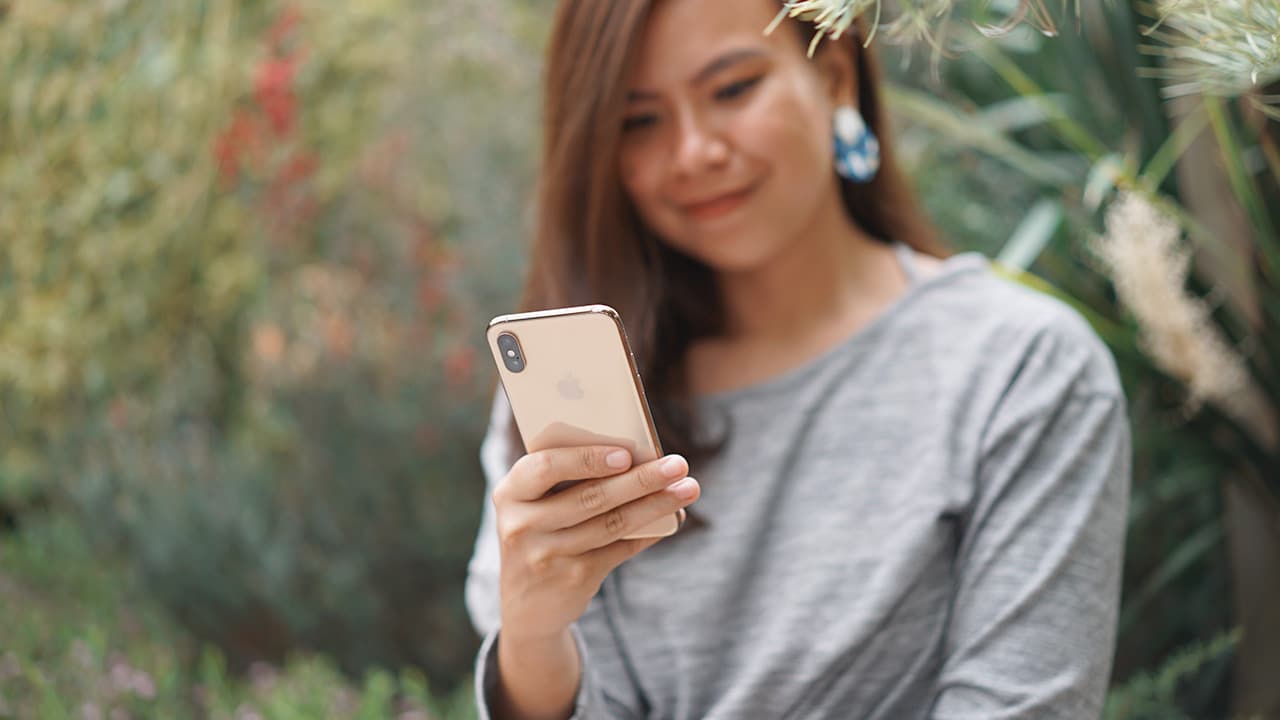 Public display of affection, going out on dates, and even holding hands is a thing of the past. Stay indoors and self-quarantine yourself from the fatal virus out there. Facebook truly understands the problems of long-distance relationships and has an advanced solution to help you. It’s called Tuned.

Yes, it’s a dating app. But it doesn’t let you meet new people like Tinder or Bumble. It’s supposed to offer you a personal space, virtually. It’s not about finding love, but about sustaining it. Messaging is just one tiny feature of the app, it’ll further let you create a scrapbook-like-feed to see all your memories together.

Moreover, you can add pictures, voice notes, custom stickers, and more. That’s not all. You can also connect your Spotify playlist and share your mood with your partner. “With Tuned, you can be as mushy, quirky, and silly as you are together in person, even when you’re apart.” the team said in a statement.

Obviously, you can do all of this on any instant messaging app like WhatsApp or Messenger, both of which, are owned ultimately by Facebook. Perhaps the team thought having a dedicated app for a committed relationship would be a brighter idea?

The app is a creation of Facebook’s New Product Experimentation team that’s responsible for working around whacky ideas like these. Basically, throw a dart in the dark and hope it hits the mark. The app is limited to iOS for now and we don’t know if there will be an Android version any time soon.

Almost every other country is urging its citizens to practice social distancing amid the Coronavirus outbreak. In such times of crisis, couples are among the most hit victims who can’t even meet casually. 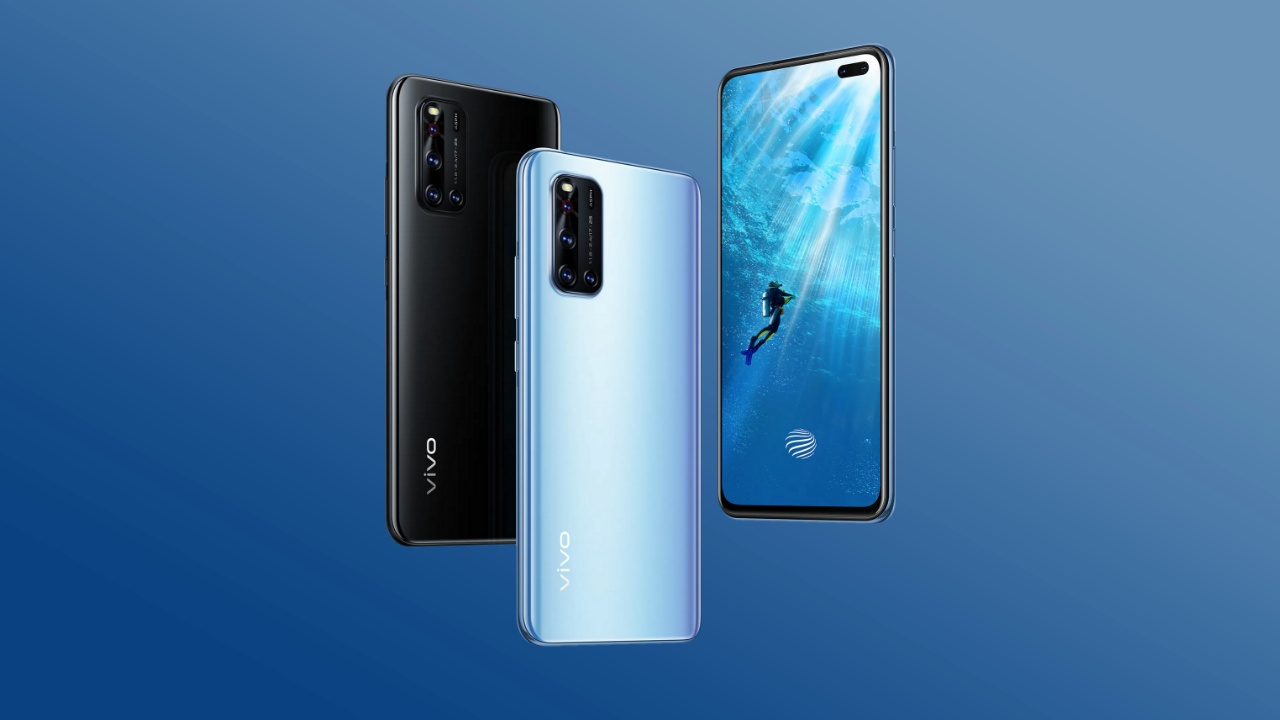 The Vivo V19 has finally made its global debut after a slight delay due to the ongoing Coronavirus pandemic. The company was scheduled to launch the phone on March 26 in India but had to roll back the plan in cognizance of the national lockdown.

Thankfully, the phone will be available in many markets around the globe and Vivo is aiming to capture the midrange segment. However, this variant is slightly different from the one launched in Indonesia. It’s a possibility that the band could follow the same strategy in other markets as well.

Coming to the phone, it has a 6.5-inch Full HD+ Super AMOLED display with an in-display fingerprint sensor for authentication. Obviously, the face unlock option is also available. The display has a cut-out that houses the dual-selfie cameras.

Powering the phone is a Snapdragon 712 chipset paired with 8GB of RAM and 128GB or 265GB of internal storage. Backing these internals is a 4500mAh battery that supports 33W fast charging via USB-C.

Just like all other phones, it’ll ship with FuntouchOS out-of-the-box. Unfortunately, the brand hasn’t revealed its price yet but we do know it’ll be available in Gleam Black and Sleek Silver color options.

Lock your Netflix profile with a PIN for better parental control

But the primary account holder gets all the power 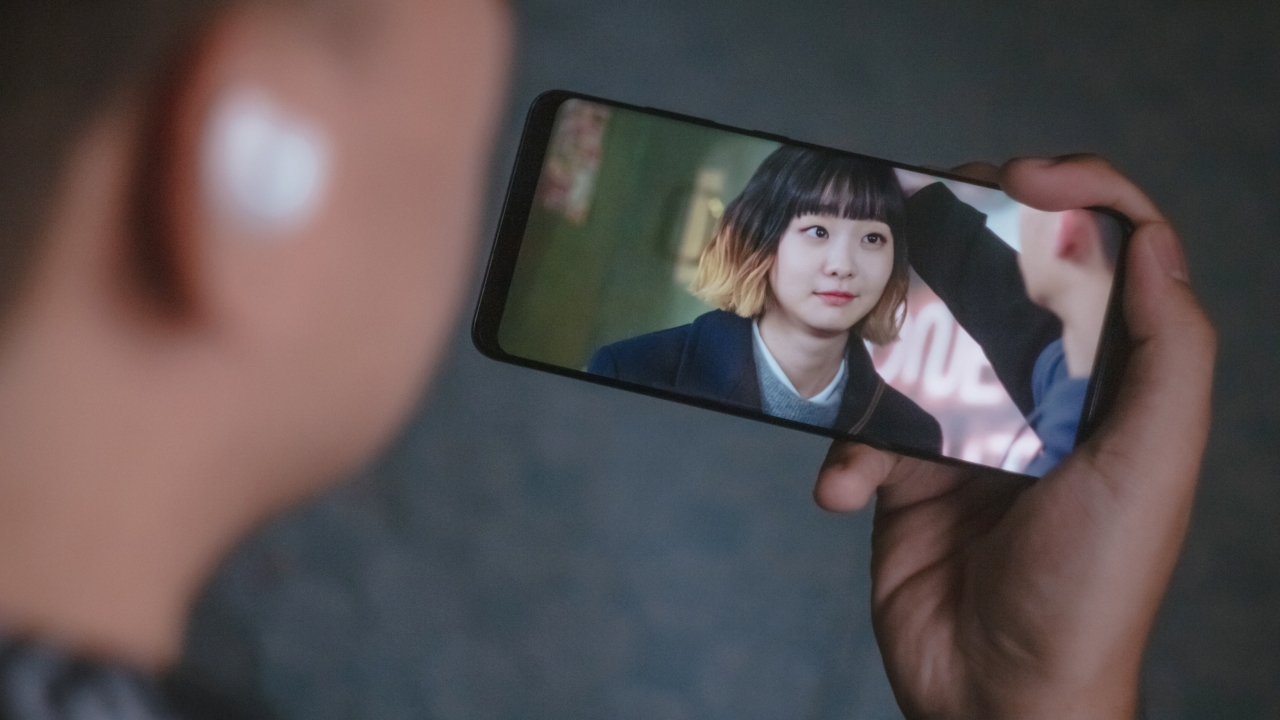 Netflix has announced a host of new features that are aimed at tightening parental controls on the platform. This includes the ability to completely remove movies or shows that aren’t meant for children.

The streaming service also allows parents to add PINs to protect profiles that can access mature content on the app. Each account can have up to five user profiles so that their content preference and continuity don’t clash in a family-type setup. Only the primary account manager can set a PIN, and that user can use the PIN to lock their profile to prevent others from accessing it.

Even the kid’s account can be blocked by the PIN, helping parents moderate screen time. Further, you can also set a PIN-based on a show’s ratings. Let’s say you want to limit a profile to PG-13, then the viewer won’t be able to watch a PG-18 or any other adult-rated show without entering the PIN. This makes the platform safe for younger folks who often tend to sway into their parent’s profiles.

It isn’t over yet. The main account holder can block shows and movies that they don’t want to show up on the Netflix main page ever, regardless of rating. This can come handy for a child’s profile where the parent can manually decide to sideline the show silently. These features come handy now that Coronavirus lockdowns are in place across the globe and streaming has risen drastically.

However, these controls are in the hand of the primary account holder. Hence, if you want to play around with someone who “depends” on you for their Netflix and chill time, this move could backfire. Guess you’ll just have to be pally with your account holder and not piss them off. Maybe send them a cupcake and get the odds in your favor?

Tired of a ‘lockdown’ relationship? Facebook has Tuned for you

Lock your Netflix profile with a PIN for better parental control