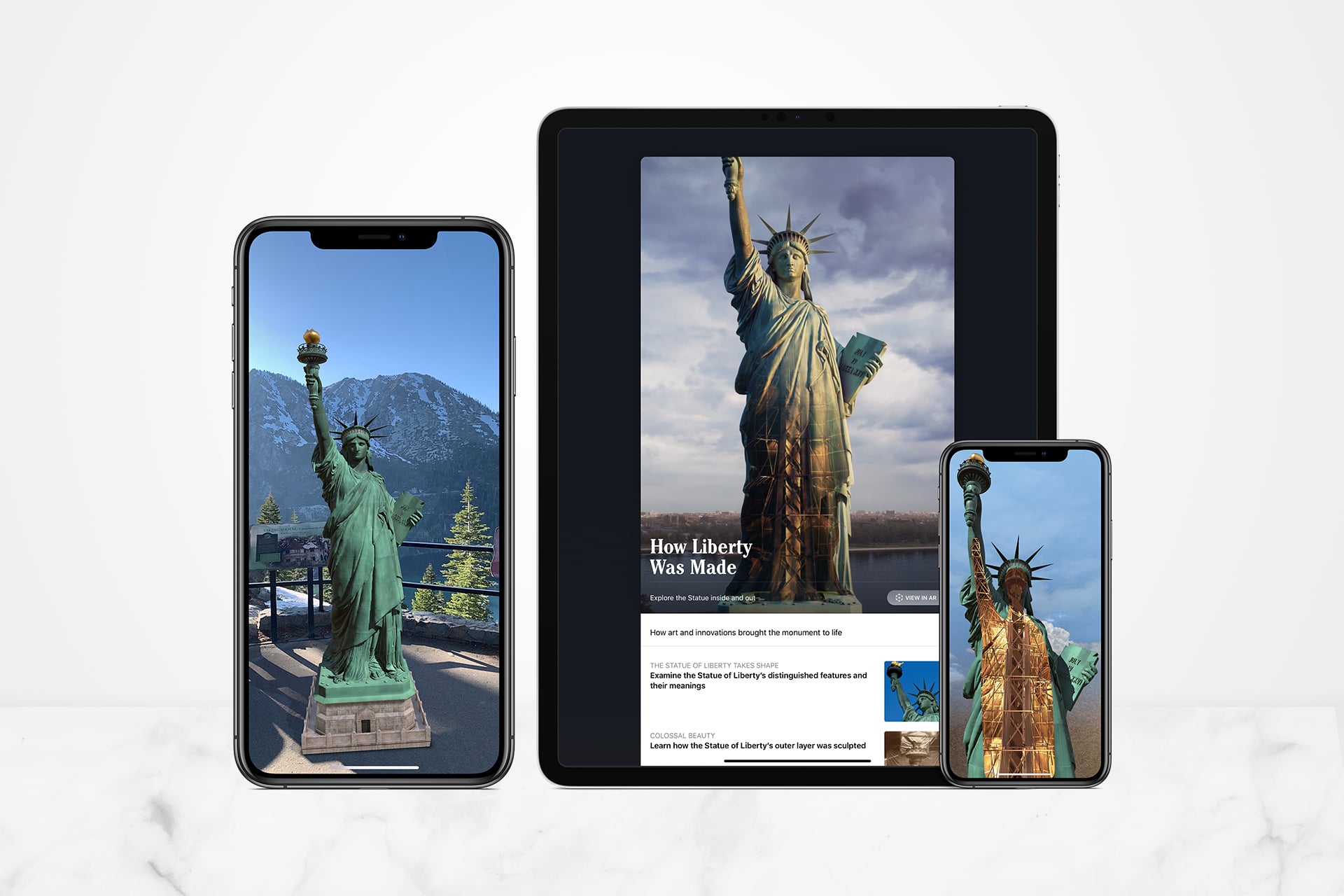 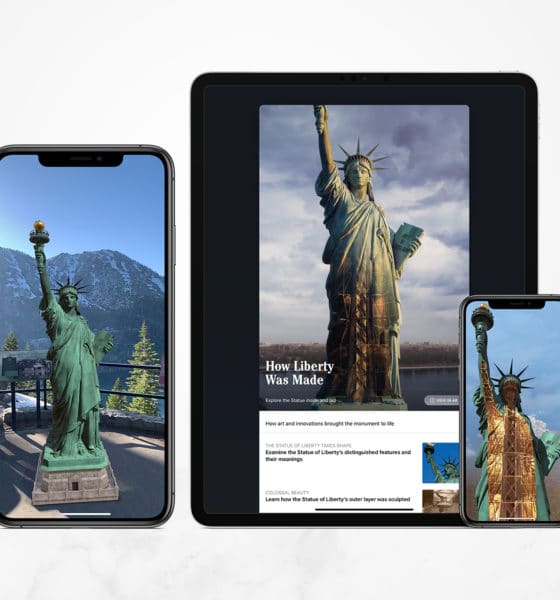 The Statue of Liberty Enlightening the World through augmented reality

A new way to experience Lady Liberty on your iPhone

The quintessential American landmark, the Statue of Liberty is a shining beacon that enlightens the world. Despite today’s polarizing times, she has become a true symbol of liberty throughout the years, not just for Americans but for citizens of the world.

Today on the same island where she is perched, the new Statue of Liberty Museum opens its doors to the millions of tourists that come to see her each year. But in recognition that not everyone can visit, the Statue of Liberty-Ellis Island Foundation is also unveiling an AR app for your iPhone. Anyone, anywhere, can experience the statue’s grandeur. 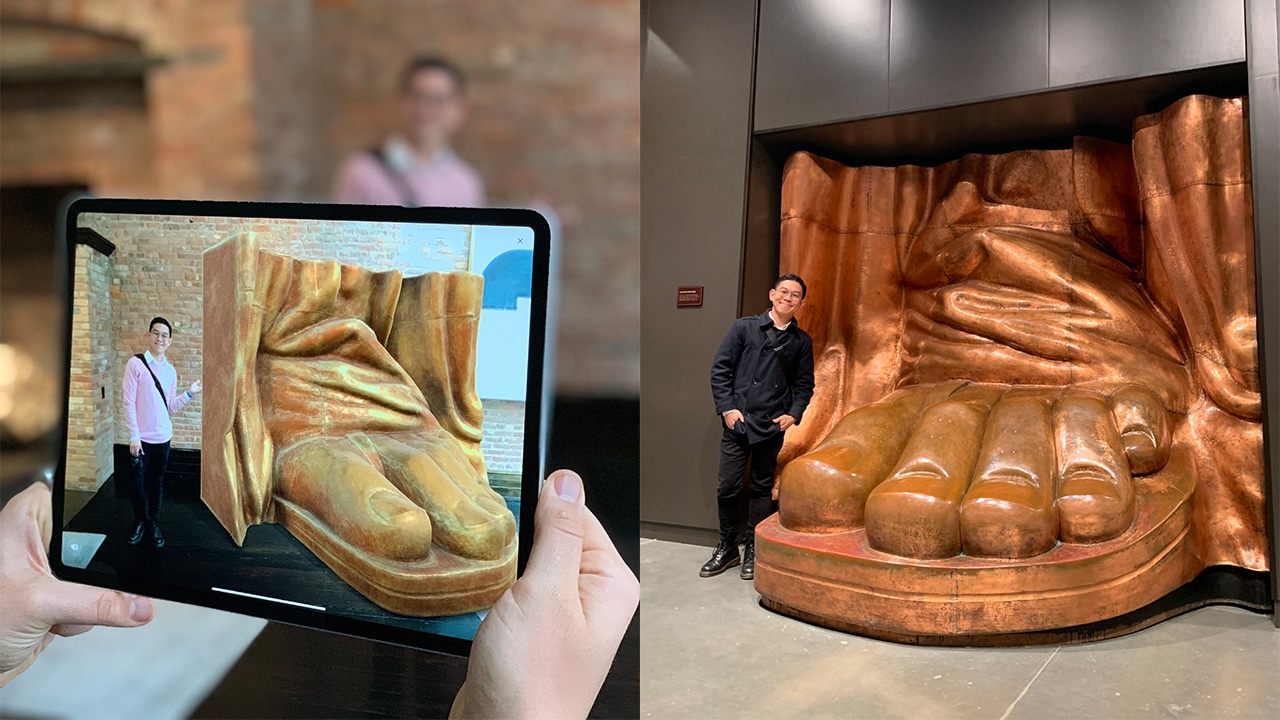 A grand view of Libertas’ torch

On her right, the Statue of Liberty holds up a torch which symbolizes enlightenment and the path to liberty. Though visitors could originally climb up and experience the statue from the torch, it has been closed off to the public since 1916. The Statue of Liberty app will allow us to once again enjoy the breathtaking cityscape from this vantage point from sunrise to sunset.

The makings of the statue

Designed by Frédéric Auguste Bartholdi with the framework by Gustave Eiffel, the Statue of Liberty is an engineering marvel. 125 tons of steel and 31 tons of copper comprise the statue which used to glisten like a penny. The current patina green coating comes from copper oxidizing.

See everything with your own eyes via the Statue of Liberty AR app: how the color changed, how the insides were built, and even a life-sized model for scale.

A look throughout the years 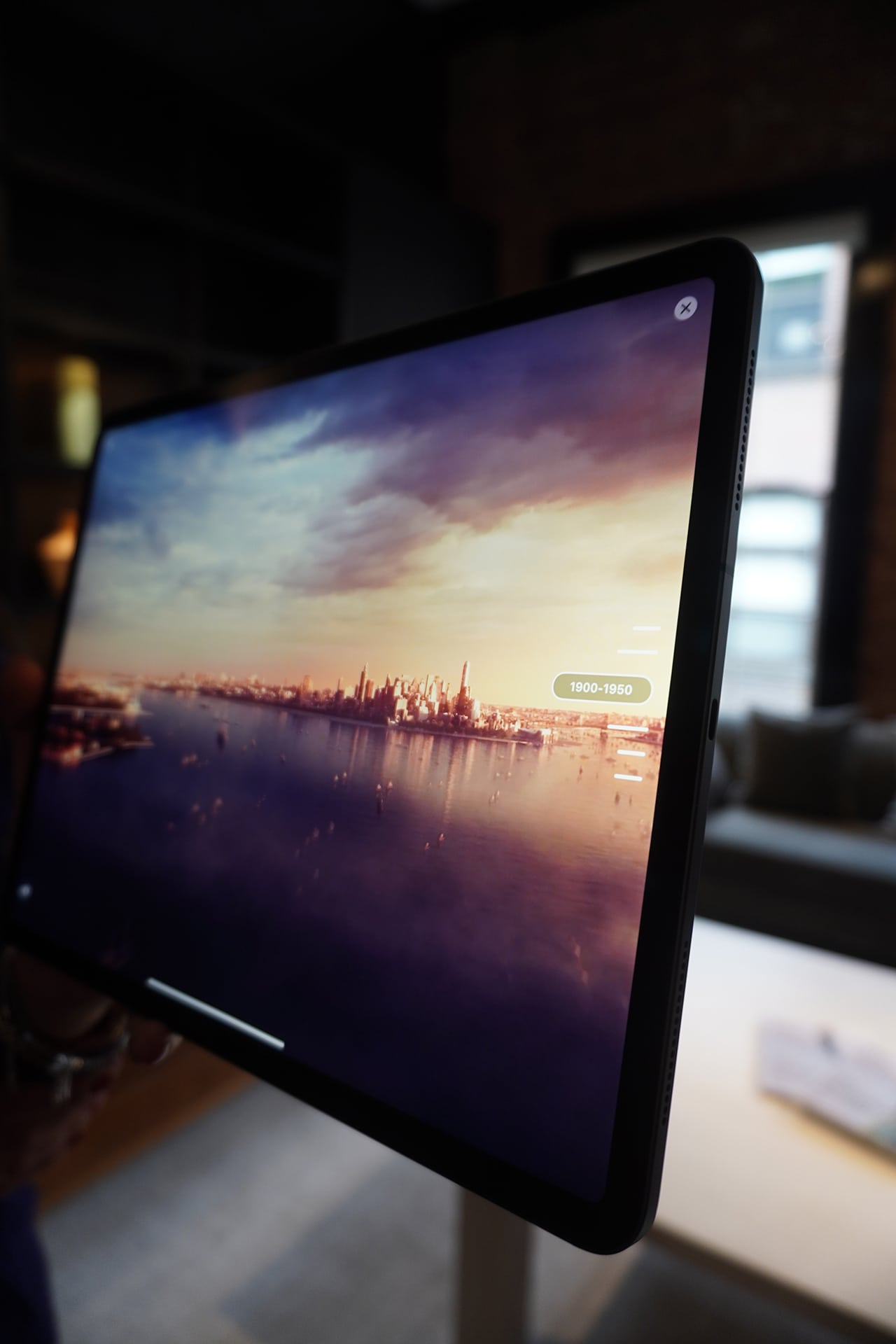 Strategically built at the “gateway to America”, the Statue of Liberty has born witness to a significant chunk of New York’s history. On the app you can look through her eyes in an almost 180-degree field of view and watch the changing of the times from 1886 to the present day. Watch the Manhattan skyline rise and fall including that poignant moment from 2001. It’s all there, 200 years of change and progression from the viewpoint of Lady Liberty.

The hows and the whys

The creation of the Statue of Liberty was no easy feat. A private venture that maximized crowdfunding efforts not just from the elite, the statue is truly an icon that each American can call their own. Exclusive content on the app tells us the story in detail and narrates the journey from inception, to France, and finally to America. 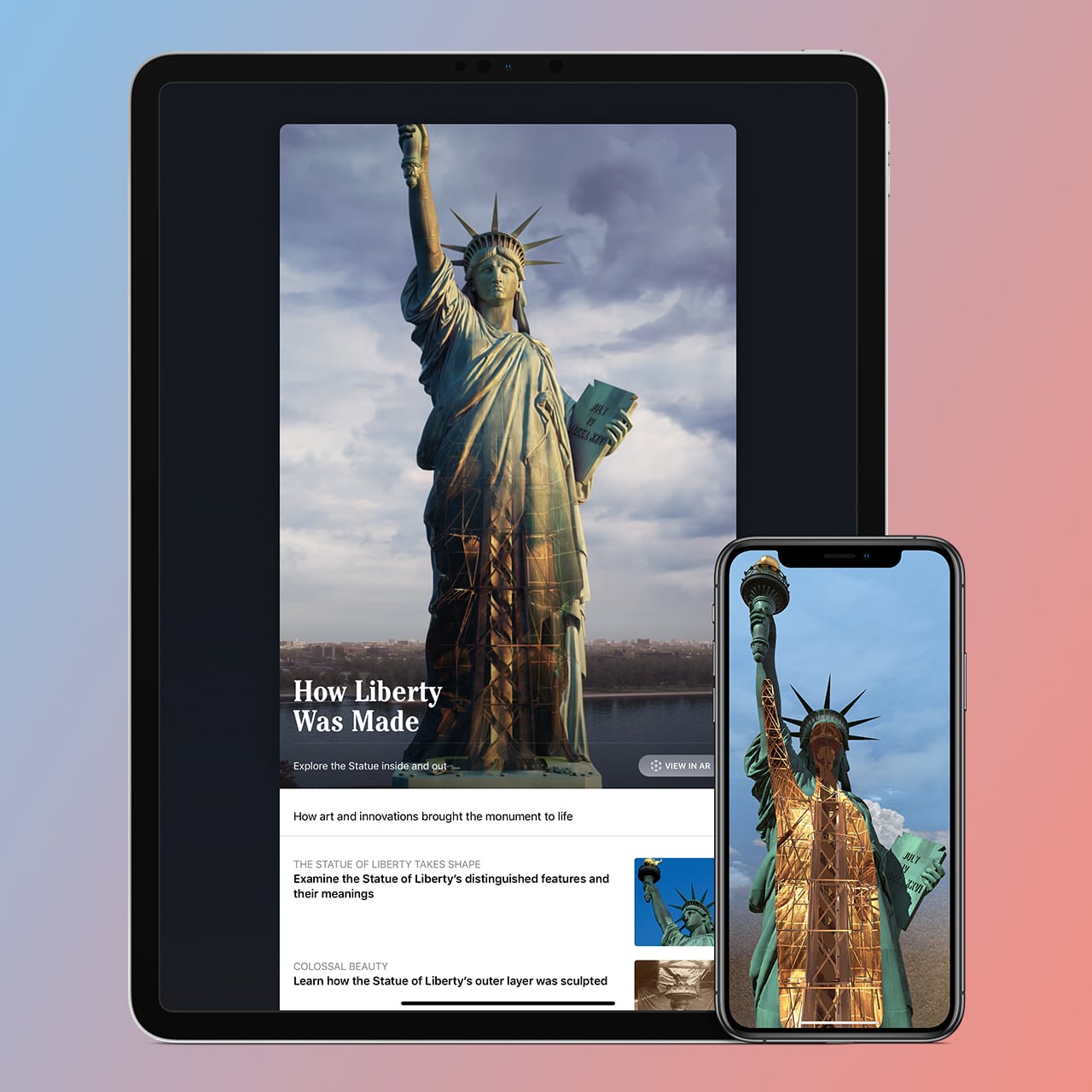 If you can, you should also check out the 3-part short film at the new museum’s Immersive Theater. One will surely walk away with a better appreciation for Lady Liberty and all she stands for. 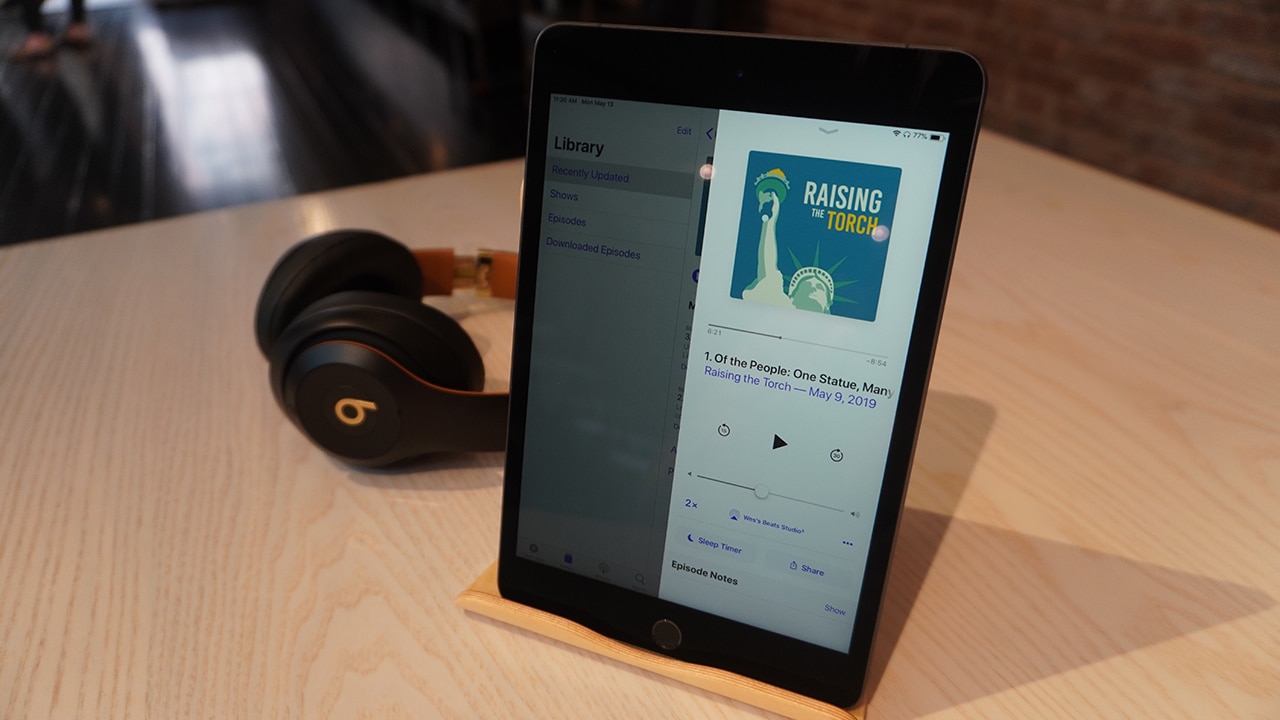 Raising the Torch, a limited-series podcast narrated by Diane von Furstenberg, is also now available for your listening pleasure. The saga tells the Statue of Liberty’s history, continuing story, and evolving significance.

You can download the app on the App Store here.