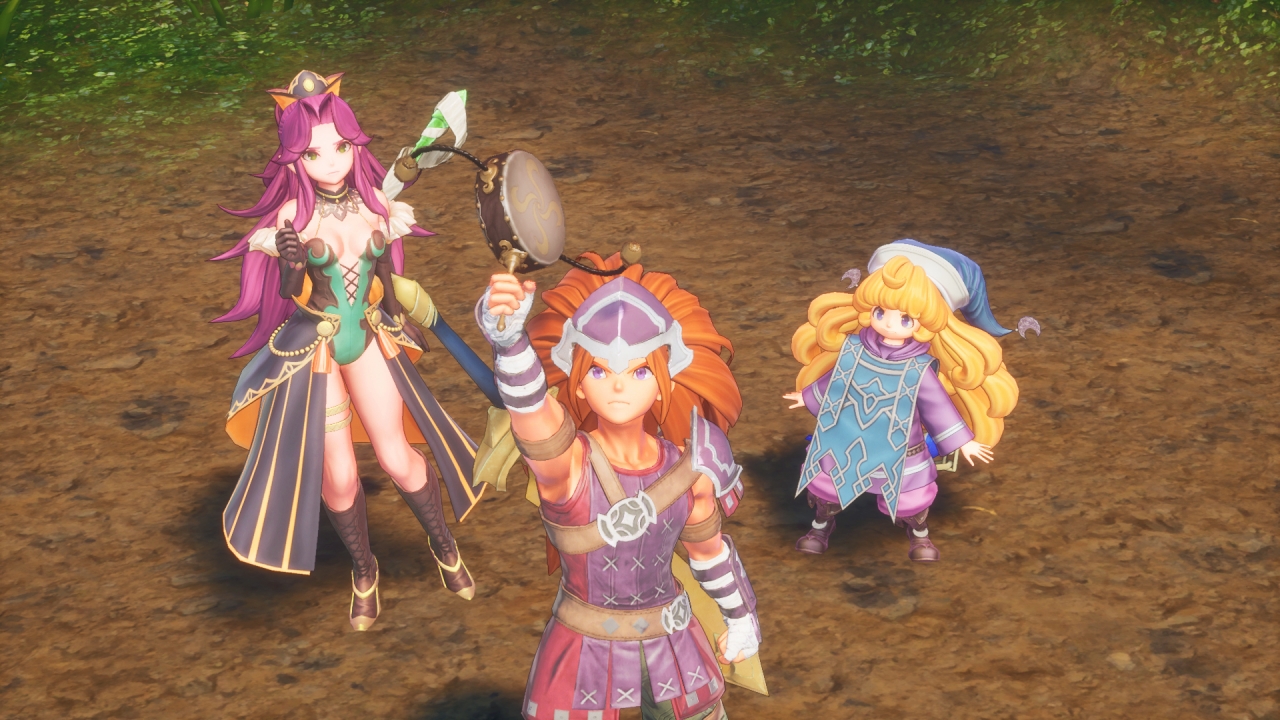 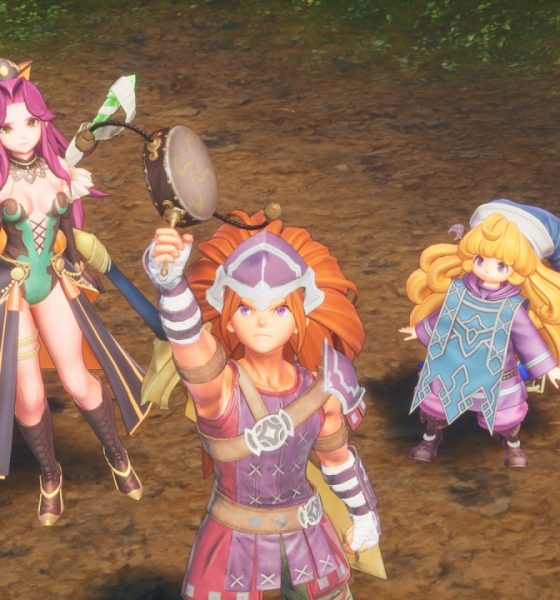 Trials of Mana review: A nice glow up

Something for both old timers and newcomers.

It’s the year of fantastic remakes and this game is no exception. Trials of Mana gets a glow up that should make it enticing to both old timers and newcomers.

For the unfamiliar, Trials of Mana was originally a 16-bit game first released in 1995. In Japan, it’s known as Seiken Densetsu (聖剣伝説, lit. The Legend of the Sacred Sword). 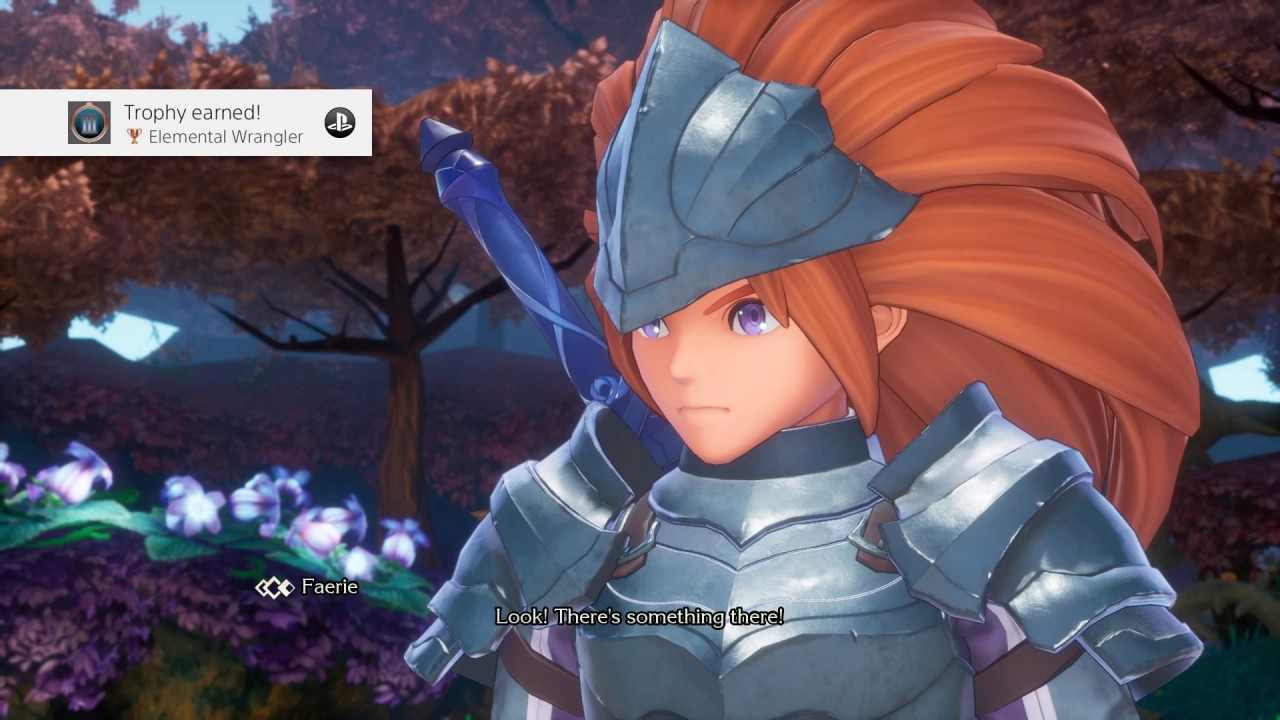 The game series revolves around the “mana tree” or the world tree. It’s a source of power containing nine elements: water, wind, fire, wood, stone, dark, light, metal, and moon. As with any valuable resource, it attracts forces of evil that want to use the power of the mana tree for darkness.

Having played other gamers in the Mana series, this certainly is an amazing job by Square Enix to modernize a classic. The colors are gorgeous and striking. You can easily tell this modernization was treated with utmost love and dedication.

At the beginning of the game, you are asked to choose your main character and the supporting cast. The game gives you six classes to choose from: Warrior, Priest, Thief, Beastman, Mage and Lancer. 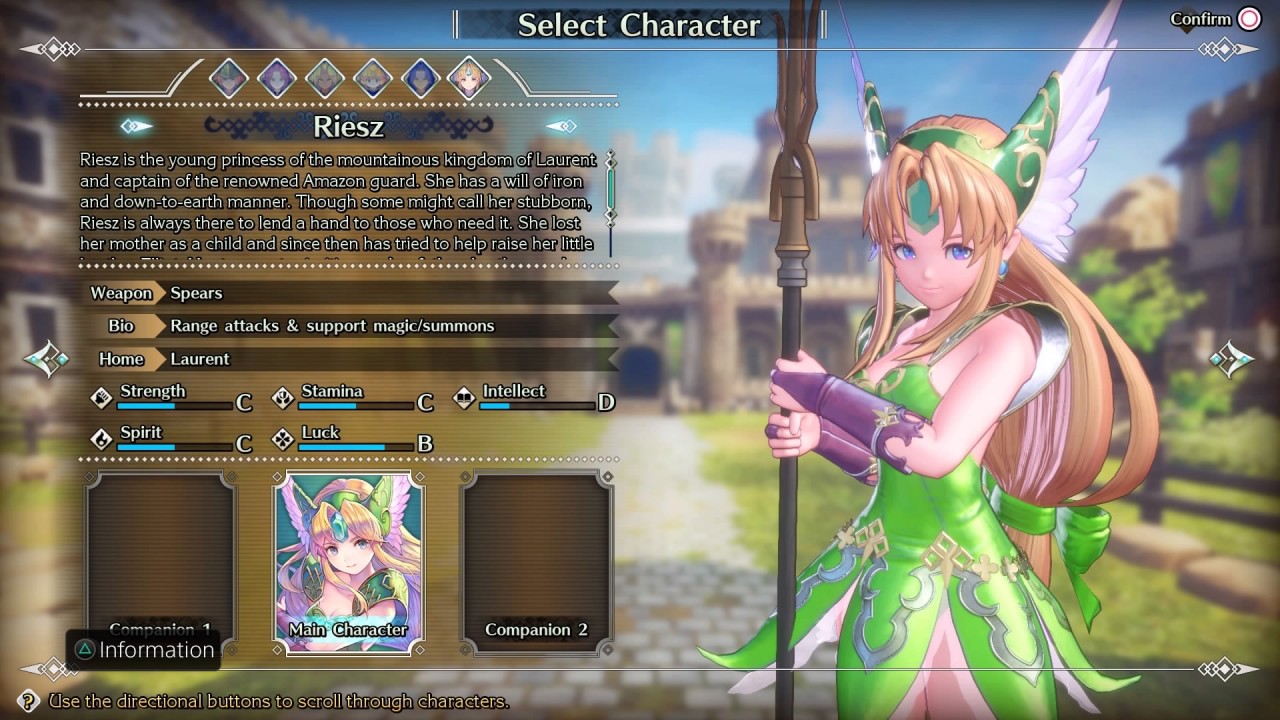 Each character you pick will have her/his own unique story. My first run through in the game was about 25 hours which I think is excellent. It’s enough time to feel like a complete adventure, but not too much that the player can do multiple playthroughs to learn about the story of the other five characters.

As the game progresses, the character can change classes. This can happen after reaching levels 18 and 38 (with class items) using the mana stones or the mana statues that are spread across the map. Naturally, you’ll be able to unlock more powerful spells and skills that can help take on the harder bosses as you go through the game. 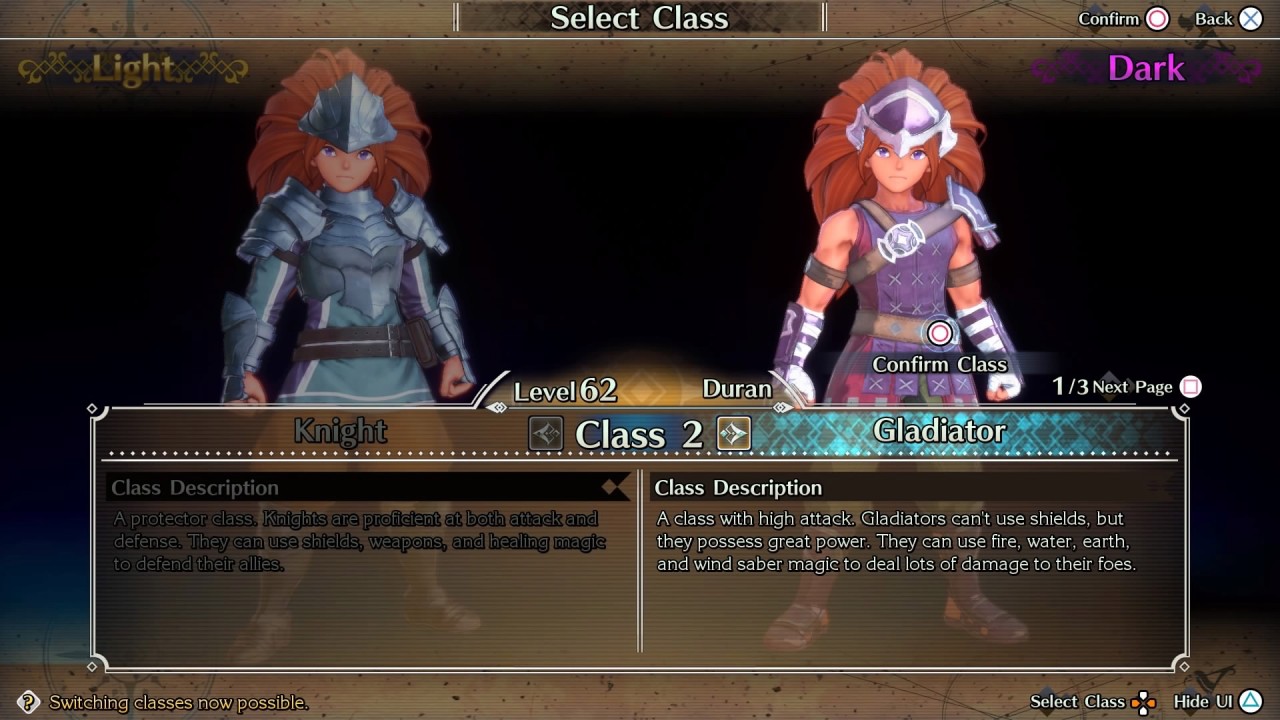 If you’ve played other JRPG titles under Square’s umbrella like the Final Fantasy series and Kingdom Hearts, you’ll know that your party needs to have all the essentials. That means striking a balance among defense, attack, support, and offensive magic that fits your play style.

The characters have their own strengths and weaknesses depending on their class. The combos and spells depend on the skills you unlock as the story and the level progresses. The higher the level, the higher the rates of combos and skill chains that can be unlocked to make grinding and boss battles lean more in your favor.

Get ready for a lot of button mashing, quick triggers

The gameplay adopts the chaotic feel of the Mana series. Every move is in real time. The way the player moves, dodges, hits, casts a spell or uses an item makes every step crucial in every facet and situation in your battles.

During battles you get a ring menu that almost feels like you’re pausing the game. This gives you ample time to strategize and plan your attack or how you want to approach each battle. 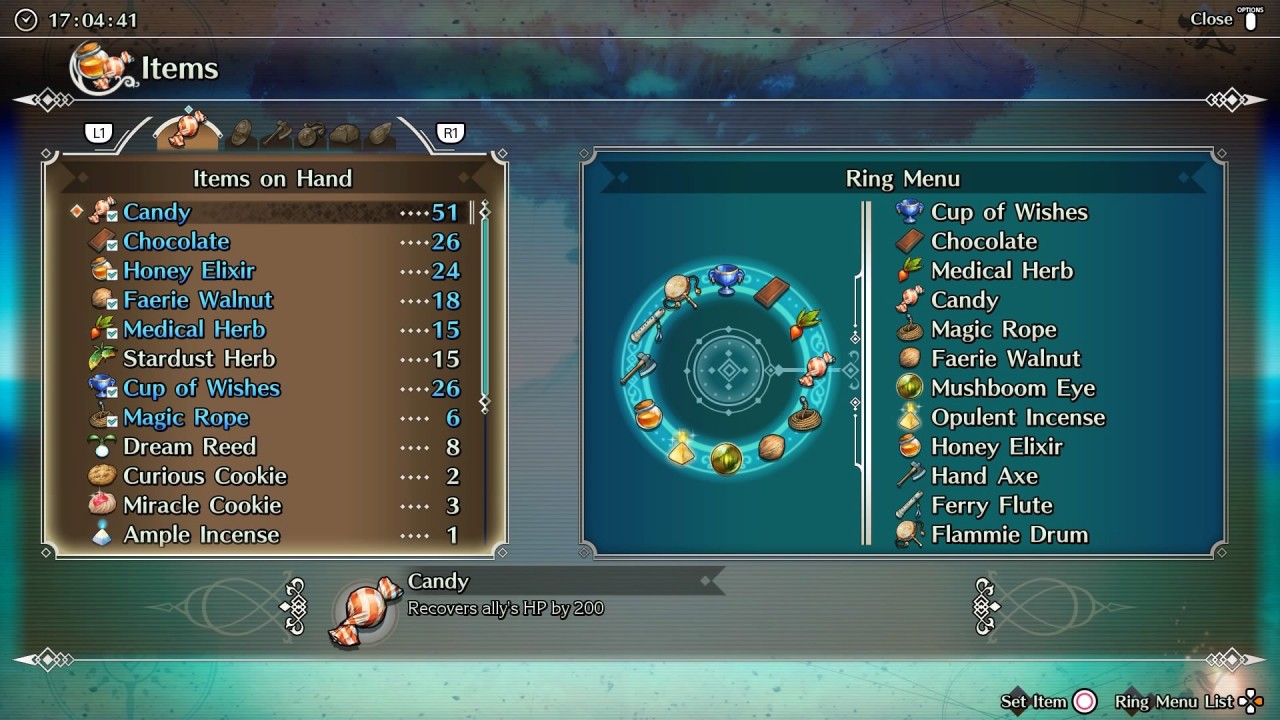 Here you can select what items you want to use as well as the skills that are available to your class of character. You also have a quick trigger that you can customize to fit your play style depending on the kinds of characters your party has.

You can switch with your support characters at any point during battle. This lets you maximize the potential of your party, most especially through the tough fights of the game. AI for your party members is also pretty good when you’re not controlling them. They act based on their skillets instead of mindlessly launching melee attacks. 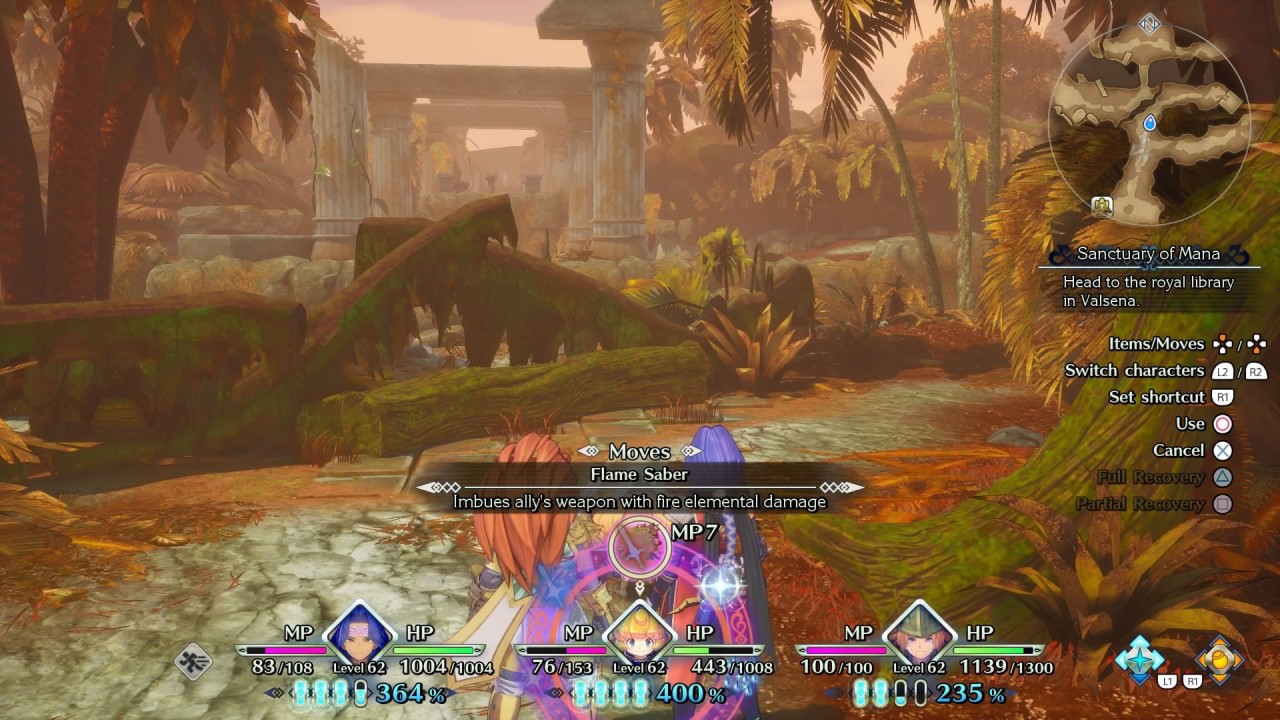 Special techniques can be triggered by filling up a “CS GAUGE”. There are two ways to fill it. First, you smash all the enemies lurking around every dungeon on the map. Second, find some vases that will fill the gauge for you.

Personally, I prefer the first method because I like to do some ass kicking especially during this pandemic. A really good way to blow off some steam is to kick those rabites (hopping yellow and pink-tailed leporine monsters) in the beginning of the game.

A lot of traveling and being shot out of a canon

During your travels, you will encounter different stages across the Trials of Mana world. Each stage is unique and offers different kinds of NPCs that make you feel like you’re in another world. 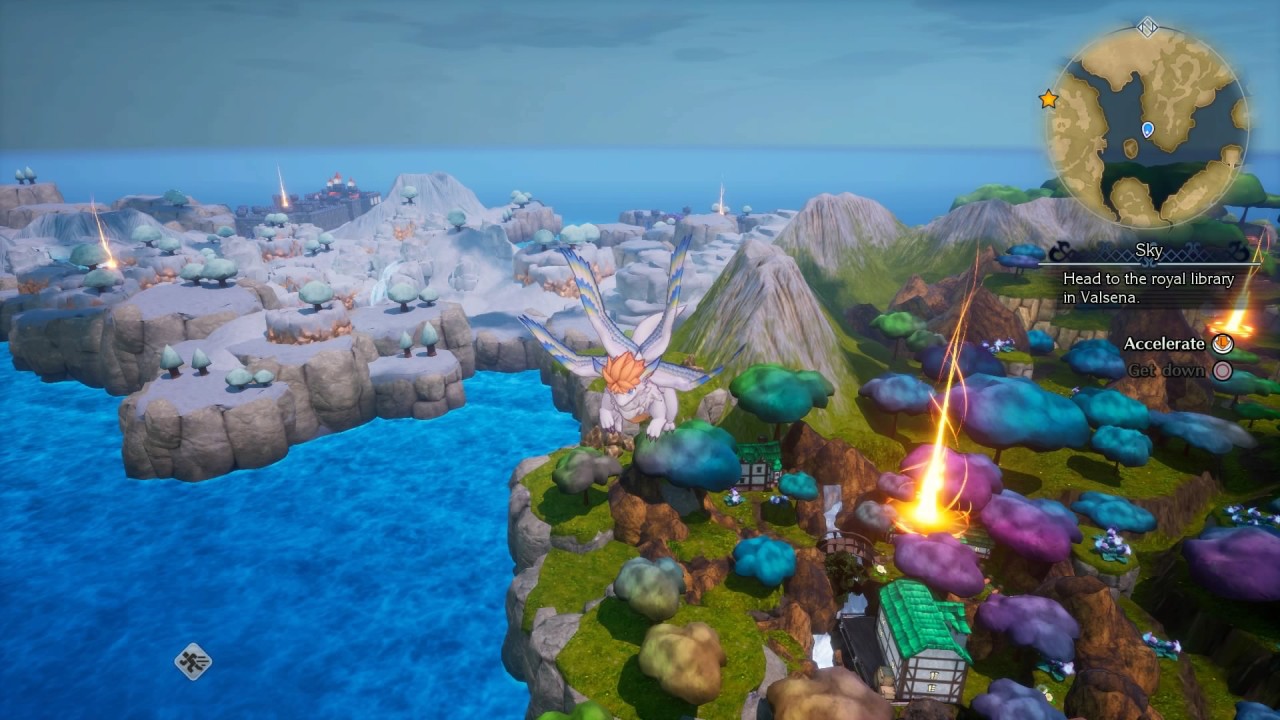 As you proceed in the game, you will find different ways of traveling: with ships, riding a water monster, flying and being shot out of a canon???

Trials of Mana is a beautiful game based on the Old Mana Series. The game is straightforward and offers an easy learning curve. It’s simple and anyone should be able to catch the play style even after just an hour of going through the game.

It does run the risk of sometimes feeling too simple due to the lack of side quest. Harder side bosses and secret items or ultimate weapons could have made this beautiful game even better. 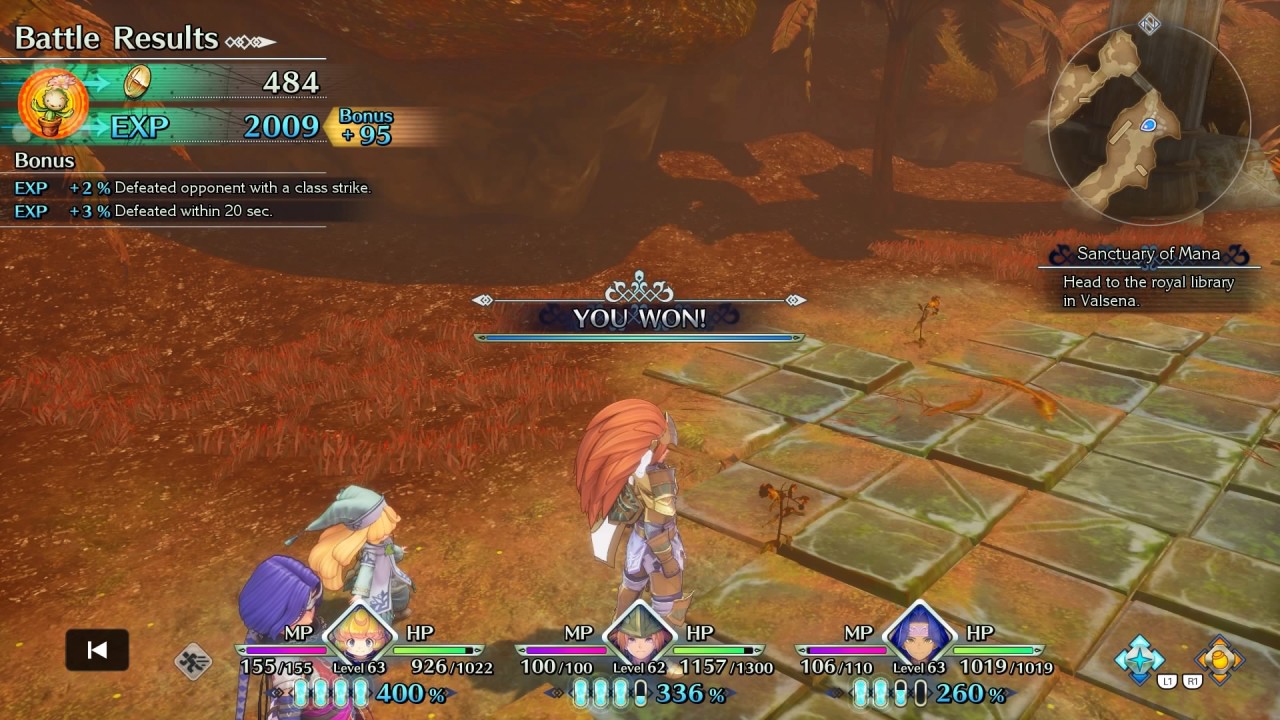 One thing I didn’t particularly enjoy were camera views and angles. Battles can be chaotic especially during boss encounters. It makes it difficult to properly plan your attack especially during stages that have plenty of obstacles.

I also encountered a lot of issues in focusing on targets that can either delay or break the momentum of your attacks. You can control the camera view with your shoulder buttons but it takes some getting used to especially in high pressure situations.

That aside, Trials of Mana is an excellent game overall. It has all the makings of an awesome game thanks to its storyline and gameplay. There’s enough here that Square Enix can build on to make another Mana game that will appeal to both old and new players.

This game was reviewed on a PS4 by Ron Erik Rivero. Ron is an ESL teacher, chef, and businessman who is passionate about gaming. When not playing, he spends most of his time teaching Japanese students business English. He is also a foodie, a loving husband and a doting father to his five-year-old son. You can contact him at [email protected]