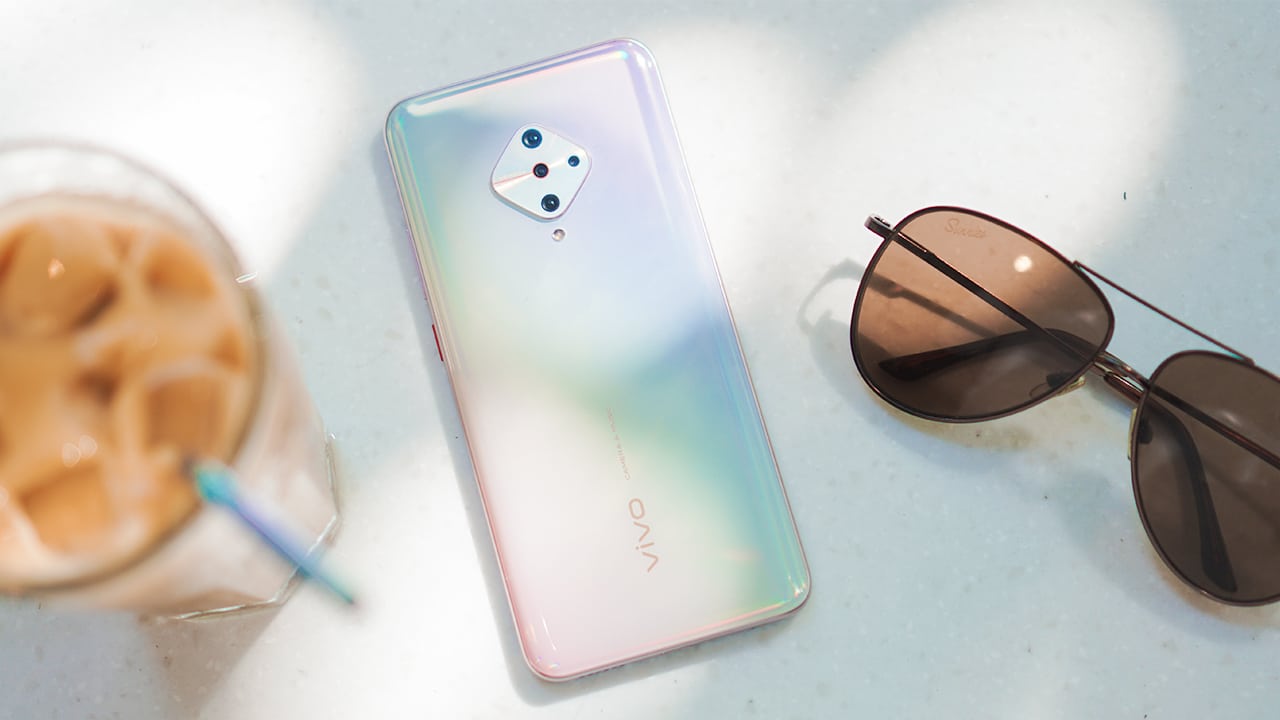 Here are the latest prices of Vivo smartphones in the Philippines. We listed the devices according to their category.

With the help of digital data 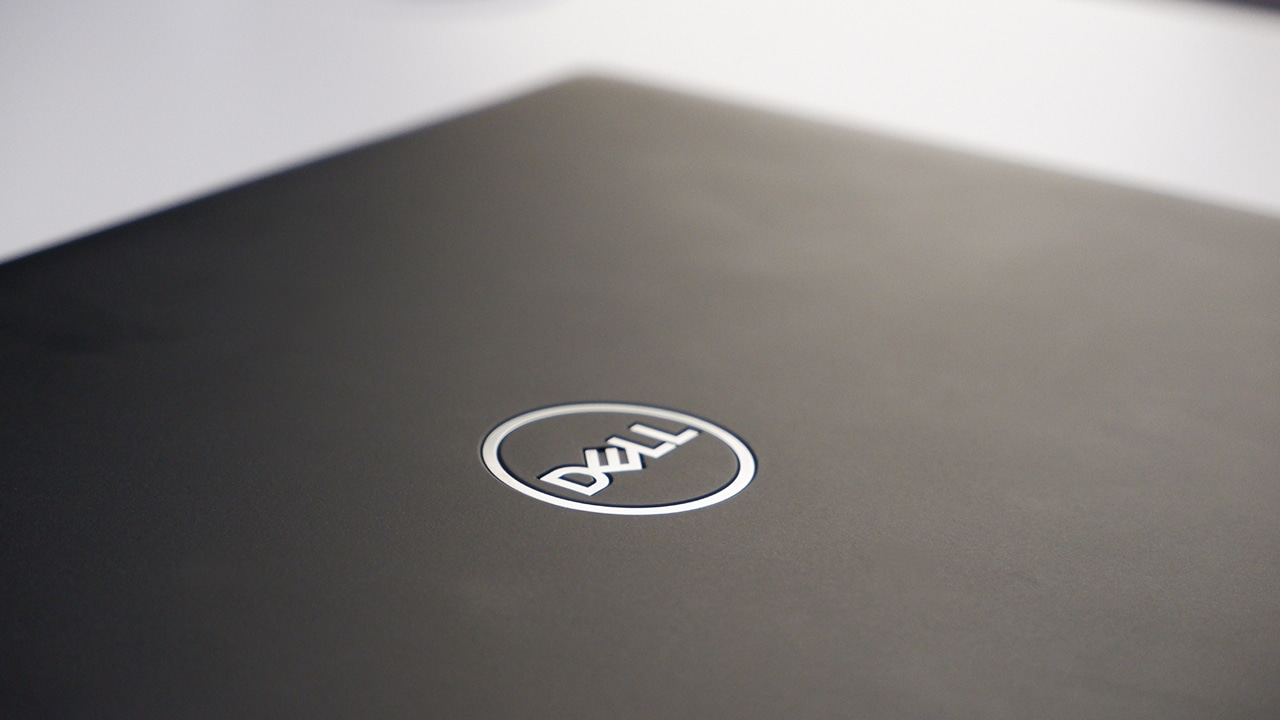 Once in a while, tech companies unveil their roadmaps to orient their mission, vision, and goals into the future. Peering into roadmaps, however, is not enough. Tech companies also need to fulfill their objectives and ensure progress at every step of the way.

Only then will they make progress a reality by ensuring concrete steps to the future.

For Dell, making progress a reality is a matter of listing down bold agenda. As part of its “Progress Made Real” campaign, the company has unveiled three innovative goals it will accomplish by 2030. The company hopes its moonshot goals will drive responsibility and innovation while making societal impact.

Here are Dell’s goals as part of its campaign.

Dell is following the general trend of most companies in reducing carbon footprint and using recyclables with its products. Unlike most companies, however, the company stated concrete goals by 2030 that will make it accountable to the planet.

One of those is recycling an equivalent product for every Dell product a customer buys. Now that’s a bold goal — but necessary if the world will eliminate e-waste. Elsewhere, Dell is also announcing the start of a circular economy by making products from recycled or renewable materials.

That goal is not just an empty promise — after all, Dell already started using bamboo packaging on its XPS 13 laptops.

What remains to be seen, however, is the company’s commitment to 100 percent recycled or renewable materials in all its packaging.

Part of Dell’s goals for 2030 is ensuring gender inclusivity in its workplace. As such, the company wants 50 percent of its global workforce and 40 percent of global managers to be women.

According to Ronnie Latinazo — Dell’s country manager for the Philippines — the country comes ahead of this goal with 45 percent of the workplace comprised of women. 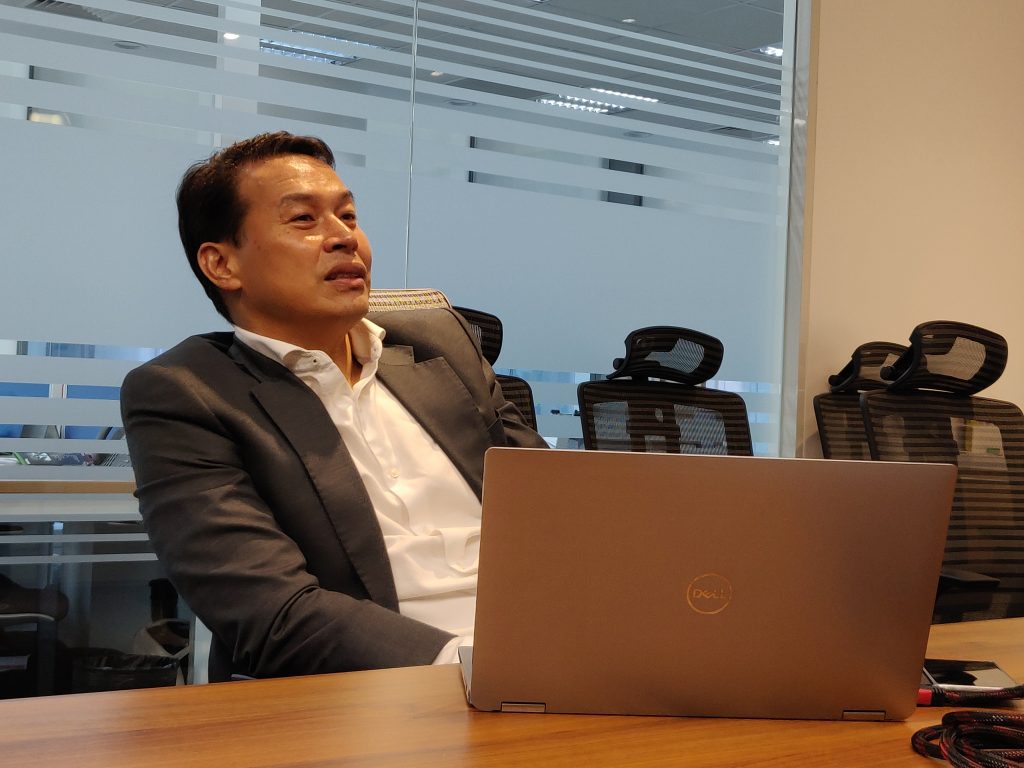 By 2030, Dell wants 95 percent of its workers educated yearly on issues regarding unconscious bias, harassment, micro-aggression, and privilege. Such a bold goal is sorely needed at a time when more cases of sexual abuse are being uncovered every year.

The company is not lagging on these goals as it already took the first steps with its annual women empowerment summit, which inspires women in the workplace to do more and go the extra mile.

Establishing a company with ethics at its core means transforming the lives of many people and respecting fundamental human rights. Dell hopes to achieve 75 percent worker participation in charitable giving and community volunteerism. With the help of digital data, the company will make it easier to measure and monitor sustainable living goals for more than a billion people on the planet.

Privacy, as one of the fundamental human rights, remains a top priority for the company’s 2030 goals. By fully automating data control processes and making it easier to access customer’s data, Dell hopes to lead the way when it comes to digital privacy in the 21st century and beyond.

To ensure fulfillment of these goals, the company partnered with its workers, customers, and third-parties in fine-tuning and making progress towards these a reality.

Along with making progress in sustainability and inclusivity, Dell is pushing ahead with the expansion of its cloud products designed for business managing dedicated data centers.

Dell recently launched its PowerOne infrastructure, which automates every step in creating and managing a data server for cloud deployment. As such, IT professionals will spend lesser time figuring out how to make software work to ensure smooth operations.

PowerOne is fully automated and uses Kubernetes and Ansible as its back-end technology. It is made up of other singular components such as PowerEdge, PowerMax, PowerSwitch, and PowerProtect. Gone are the days when businesses need to purchase these components individually since they can buy PowerOne to take care of everything.

“We believe that PowerOne would be a game-changer in the industry because it is the first autonomous infrastructure in the market,” said Ronnie Latinazo. 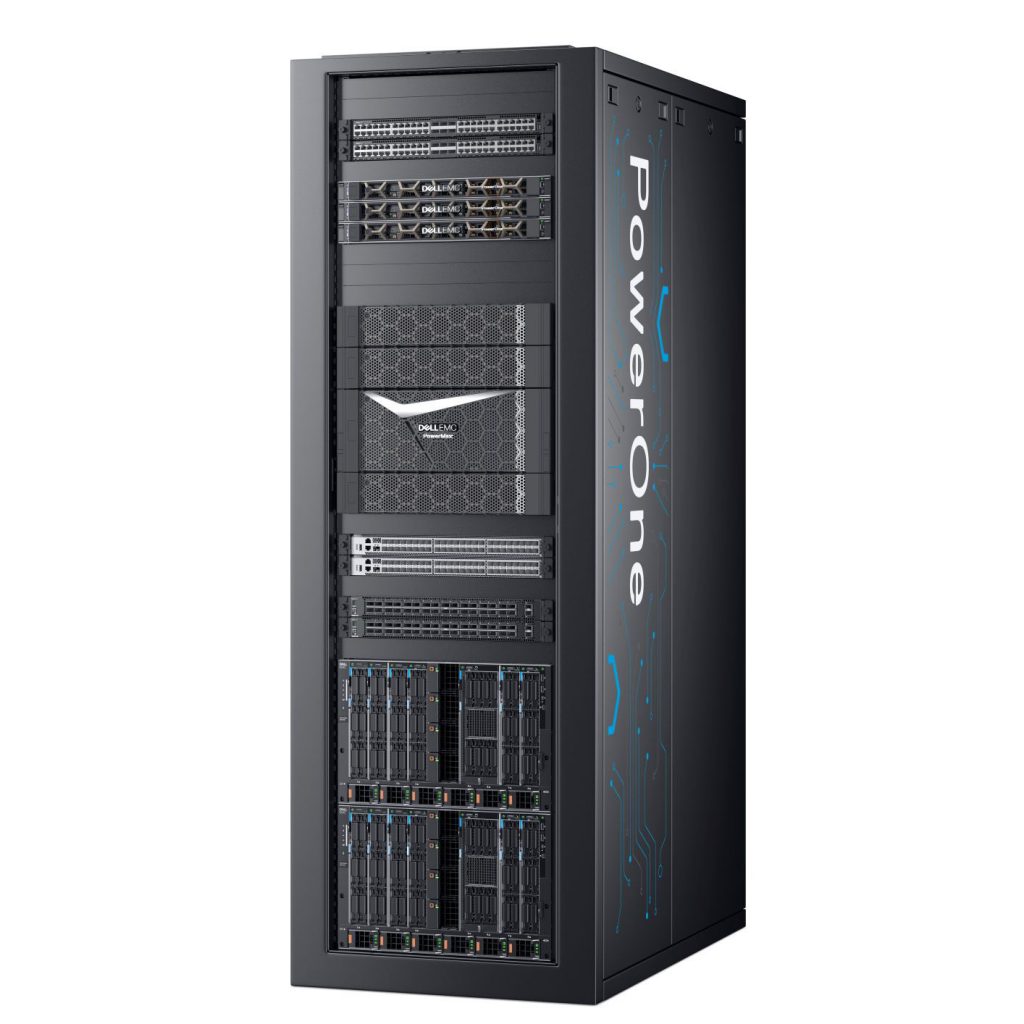 To know more about PowerOne, head to Dell EMC’s site for more information.

Dell is facing a challenging decade ahead as it unveils its goals towards a sustainable and inclusive future. With a plethora of options to choose from, the company is ensuring it will be the customers’ go-to brand for everyday computing and professional needs. 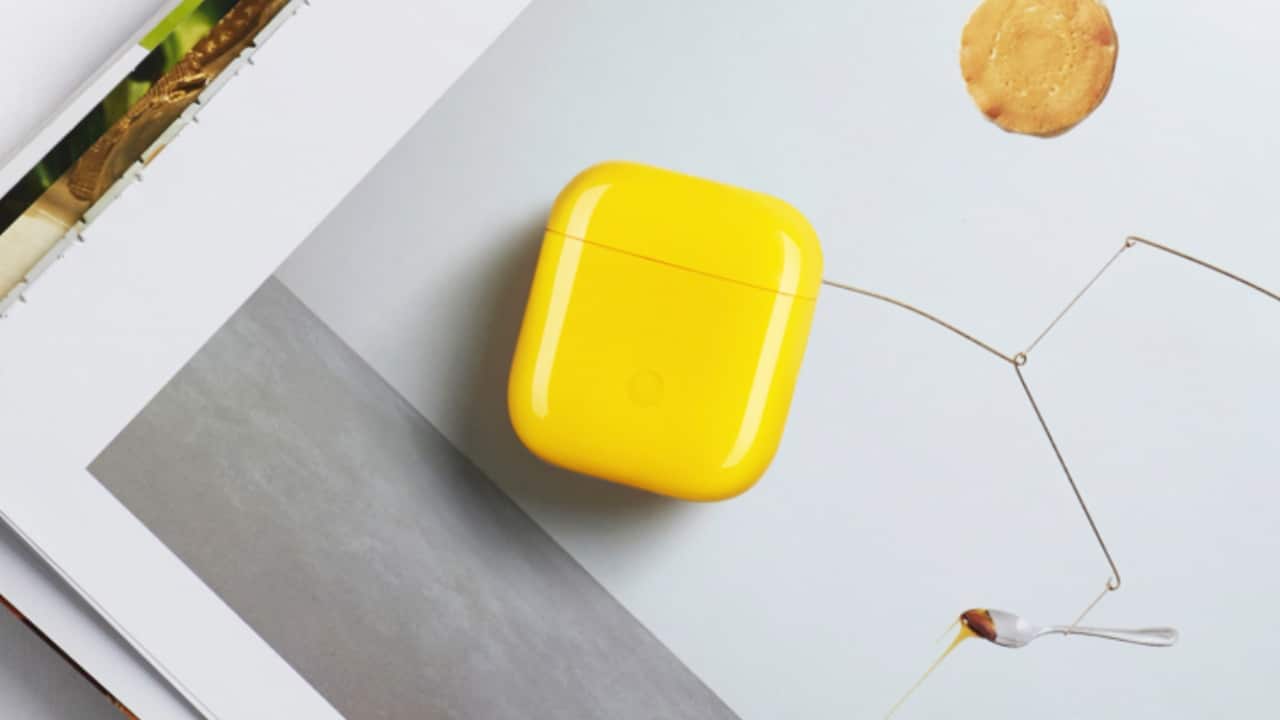 Seems like everyone’s making true wireless earbuds now so Realme decided to join in the fun as well with the Realme Buds Air.

In true Realme spirit, the Realme Buds Air promises to offer quality performance at a competitive price. The company claims it’s the first in its price segment to implement a dual-channel transmission tech for enhanced audio. This helps with minimizing latency which should be perfect for mobile gaming fans — a segment of the market that Realme has been aggressively catering to.

In terms of sound quality, Realme says it has a 12mm bass sound driver that “delivers intensive and powerful audio quality without compromising richness and fidelity.”

While it doesn’t have any fancy noise canceling tech, the company says it does have the capability of filtering out noise. This should help with day-to-day calls and your music listening sessions. 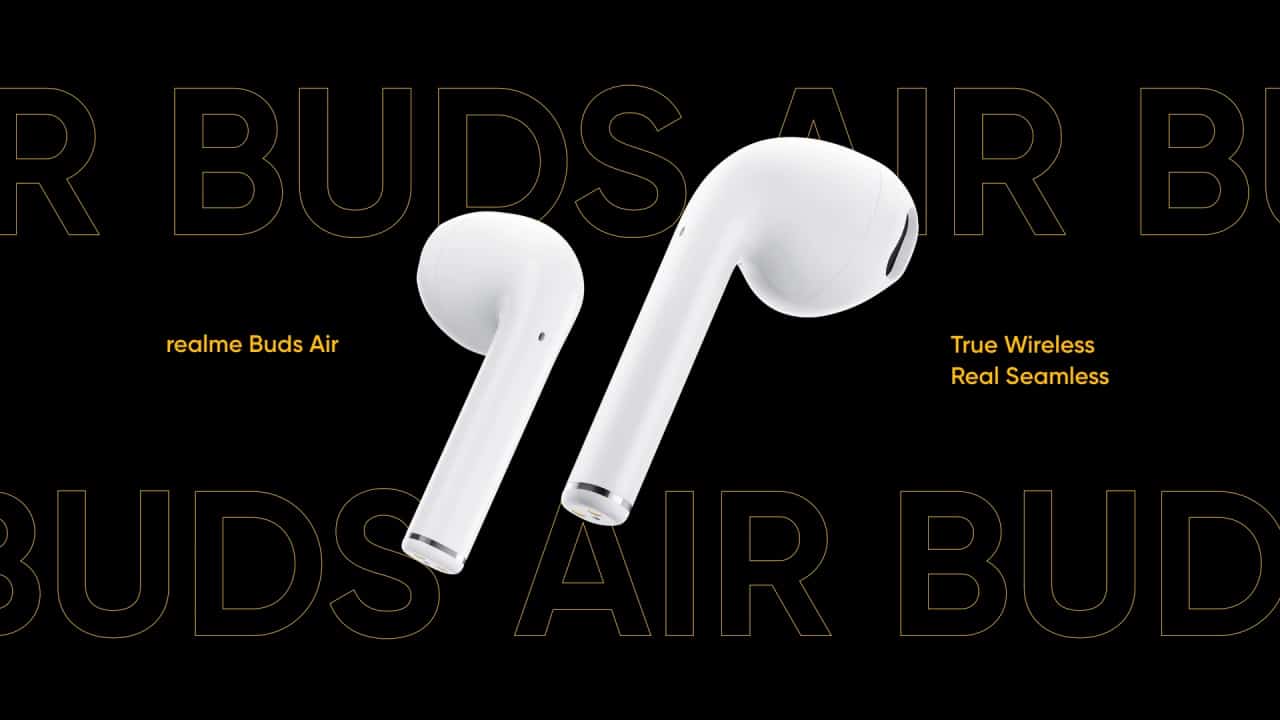 The Realme Buds Air also has a built-in Google Assistant so you can use voice command for various things. It’s also easy to control. You simply need to tap the buds to control what you’re listening to.

It also has the ability to to pause when you take the them off and will resume what you’re playing once you put them back on.

Just like its look-alike — the Apple AirPods — these earbuds comes with a charging case that you can juice up wirelessly or through USB-C.

As an initial offering, it will be available at a special discounted price of PhP 2,990 on Realme’s official Lazada store on the following dates: January 22, 29, and February 6.

Realme is also giving away a free wireless charging pad to the first 100 customers. There will also be special vouchers on Realme’s official Facebook page from January 22 to February 6. The vouchers will further lower the price of the realme Buds Air by PHP500.

To entice more buyers, customers who will purchase both a Realme smartphone and a Realme Buds Air enjoy an additional discount of Php 1,000. 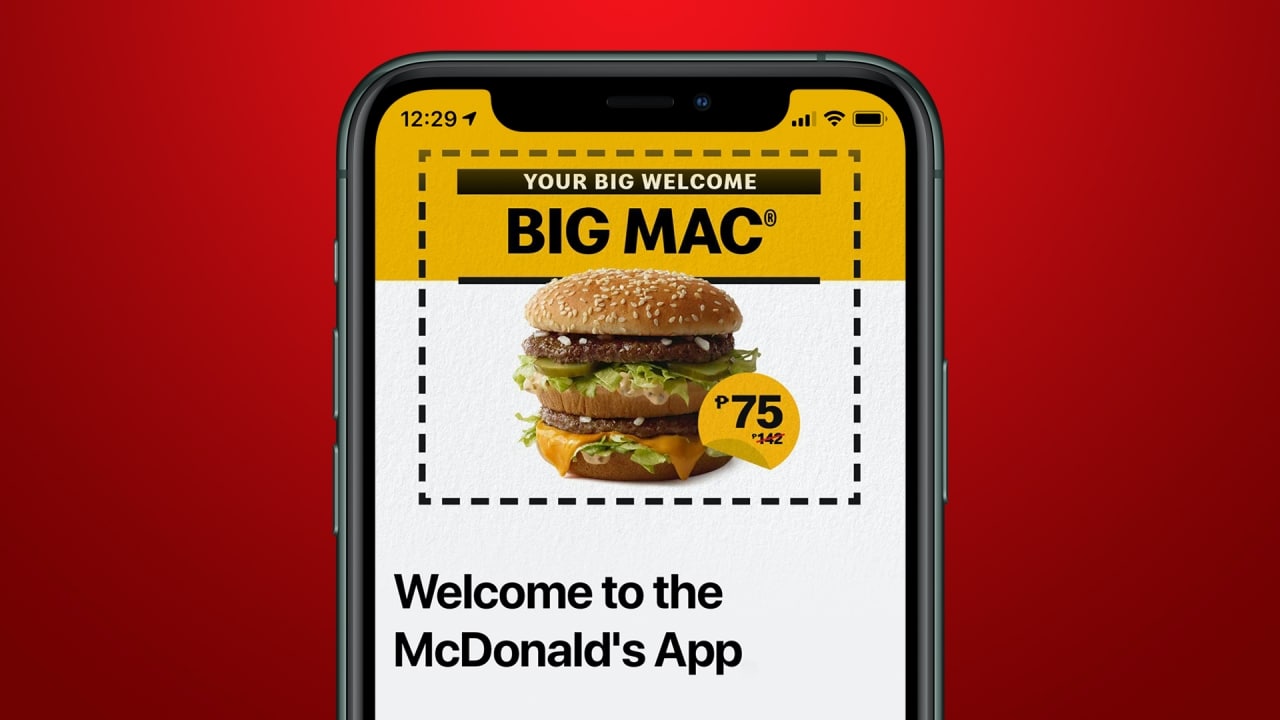 McDonald’s Philippines starts the new year with a bang by announcing their new and fresh mobile app.

No, this is not the replacement for the existing McDelivery app. What it does is give customers special offers and discounts that can be availed through front counters, take-out booths, and drive-troughs in all McDonald’s stores nationwide. 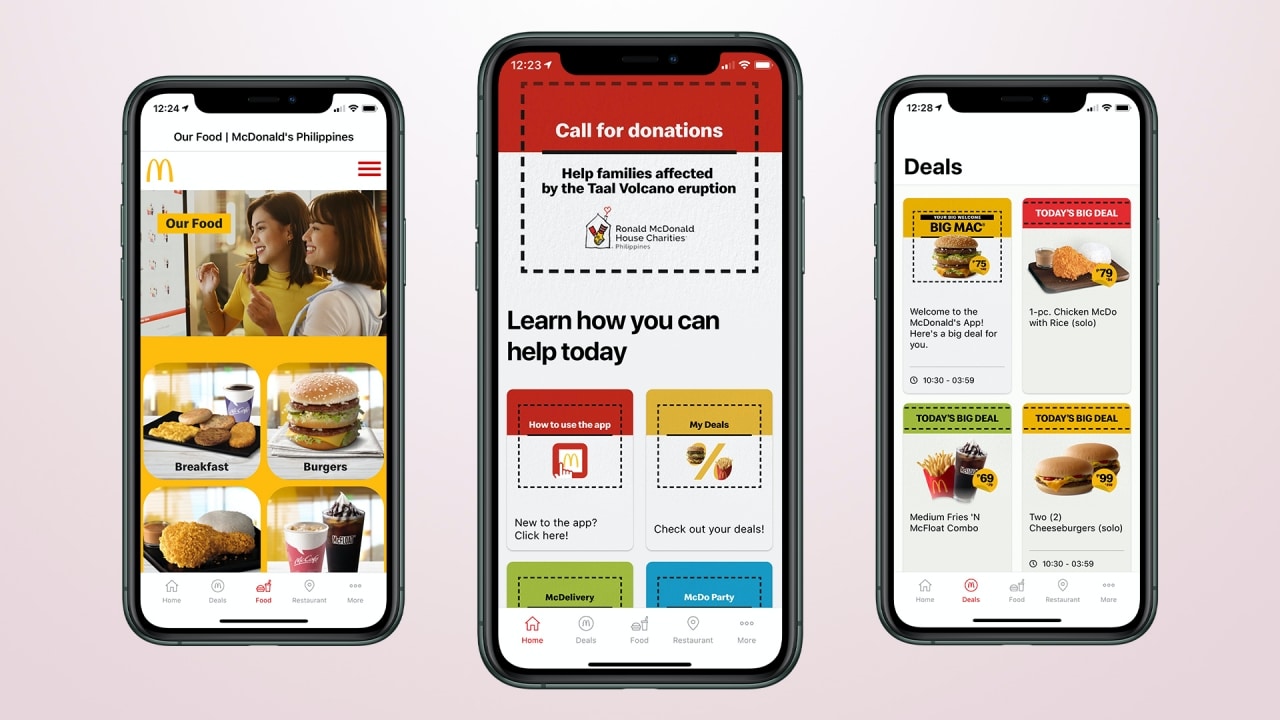 The interface of the new McDonald’s app

By downloading the new app through the App Store or Google Play, you can get deals such as the Buy One Get One Cheeseburger for PhP 99 or the Big Mac for only PhP 75. Registration is free and doesn’t require any special membership to get future discounts and promos.

Another feature is the Store Locator which helps you find the nearest McDonald’s store in your area. You can also book your next big party at McDonald’s through the McDo Party website.