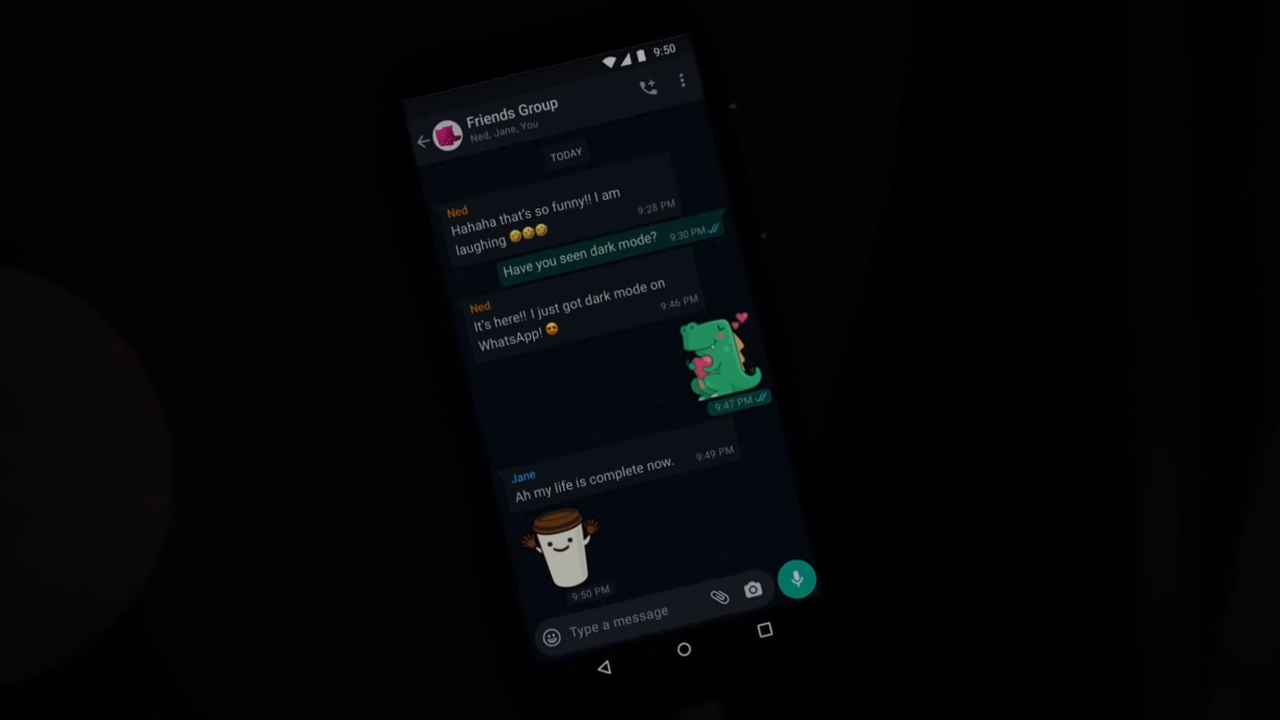 By now, dark mode is a requirement for app development. If you want an app on your phone, it should have the battery-saving graphics mode available. For the past few months, the world’s most popular apps — Facebook, Twitter, and Instagram —  have all implemented the feature. It is now on the entire app world to follow suit.

Today, another heavy hitter is making their dark mode official. Popular messaging platform WhatsApp has released the much-awaited feature for both Android and iOS.

In January, WhatsApp introduced the feature for an exclusive beta program for Android. During testing, the app experimented with different lighting combinations, mixing white, dark gray, and black together.

For the official release, WhatsApp’s dark mode will rely mostly on dark gray. According to the company, “combining pure black and white creates high contrast that can lead to eye fatigue.” To combat this, the current release mixes dark gray and off-white.

The update is now rolling out to devices worldwide. For Android 10 and iOS 13 users, the dark mode will automatically configure to the device’s global setting. For those with older versions, it will be available in the app’s settings.

To promote the new feature, WhatsApp released a promotional video highlighting the need for a dark mode at night time.