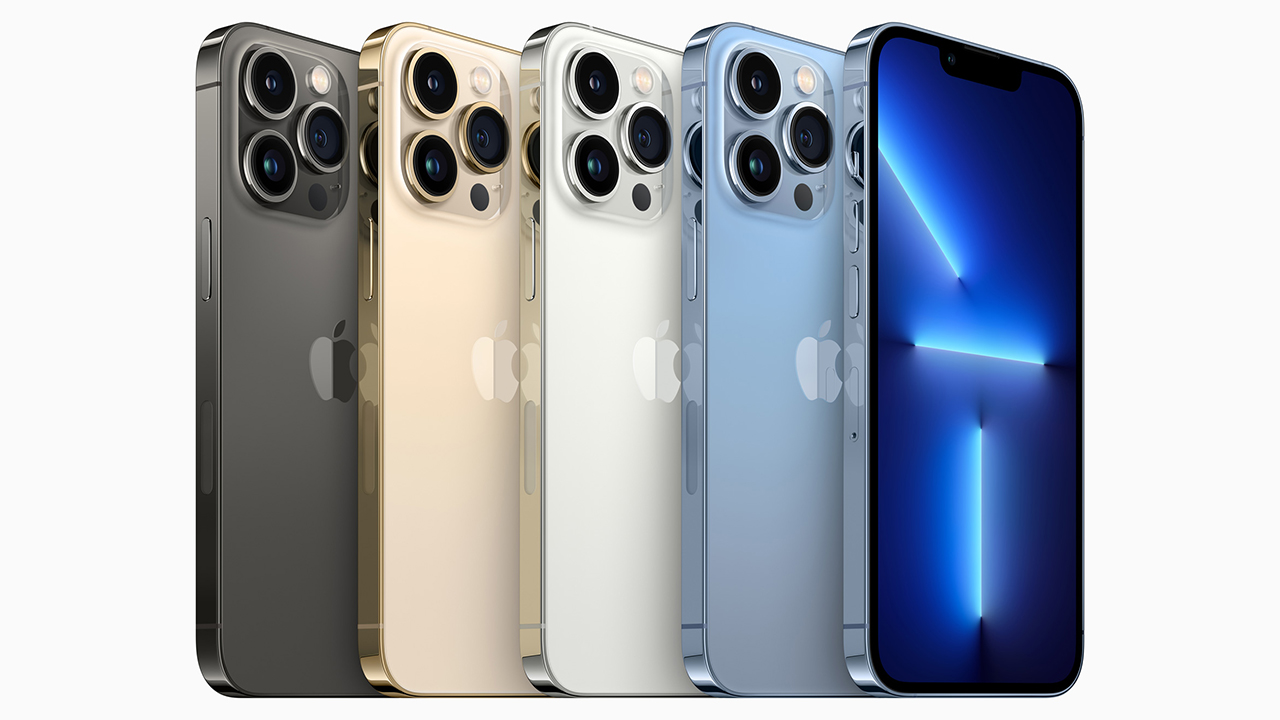 Apple finally unveils the new iPhone 13 Pro and iPhone 13 Pro Max series. And just like how the leaks suggested, most of the rumors turned out to be true — minus the Rose Gold color option. 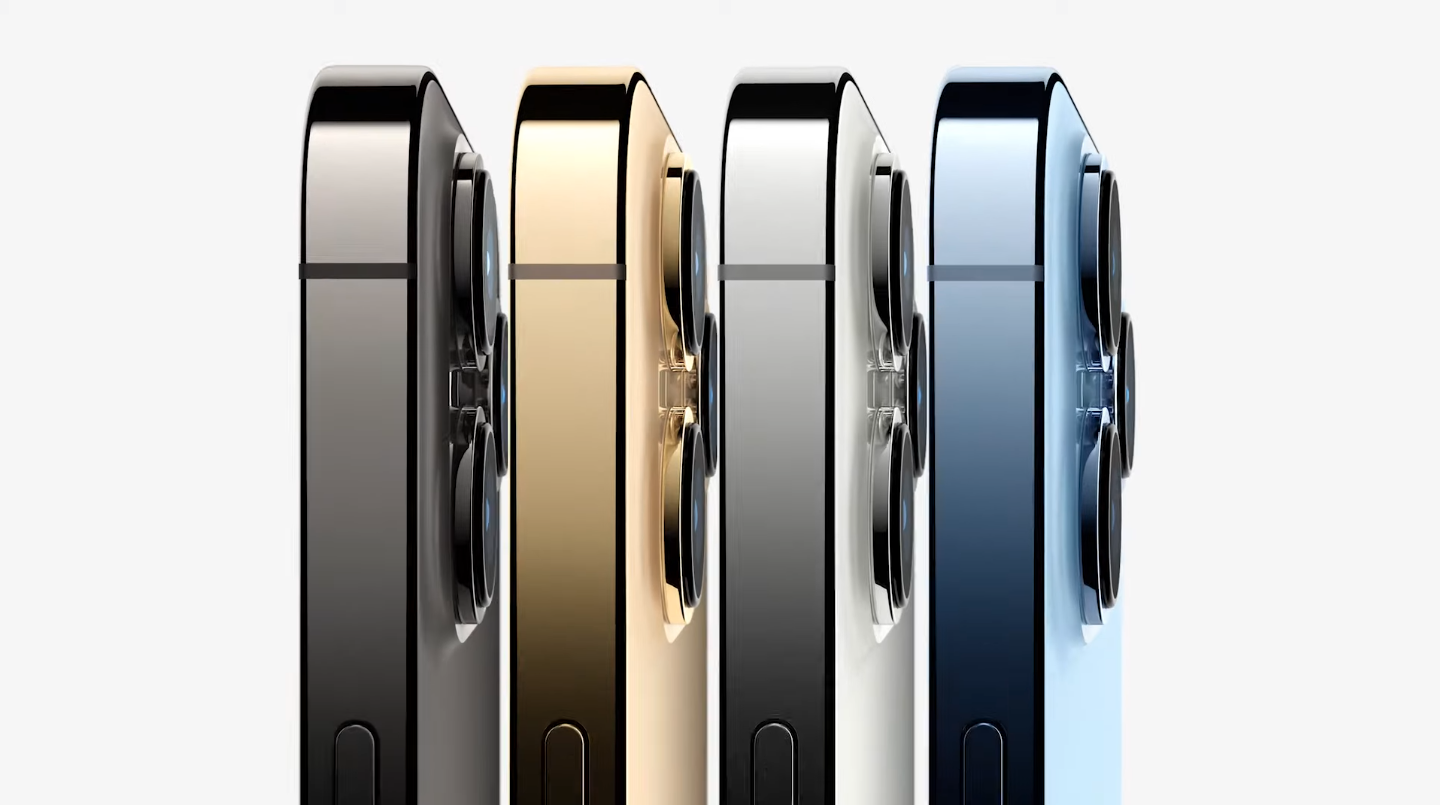 Of course, Apple has to keep its flat-edge design from last year’s iPhone 12 and 12 Pro series. The iPhone 13 Pro series still feature a surgical-grade stainless steel frame resistant to abrasion and corrosion. Aside from the usual Graphite, Gold, and Silver color options, both models feature a new Sierra Blue colorway. 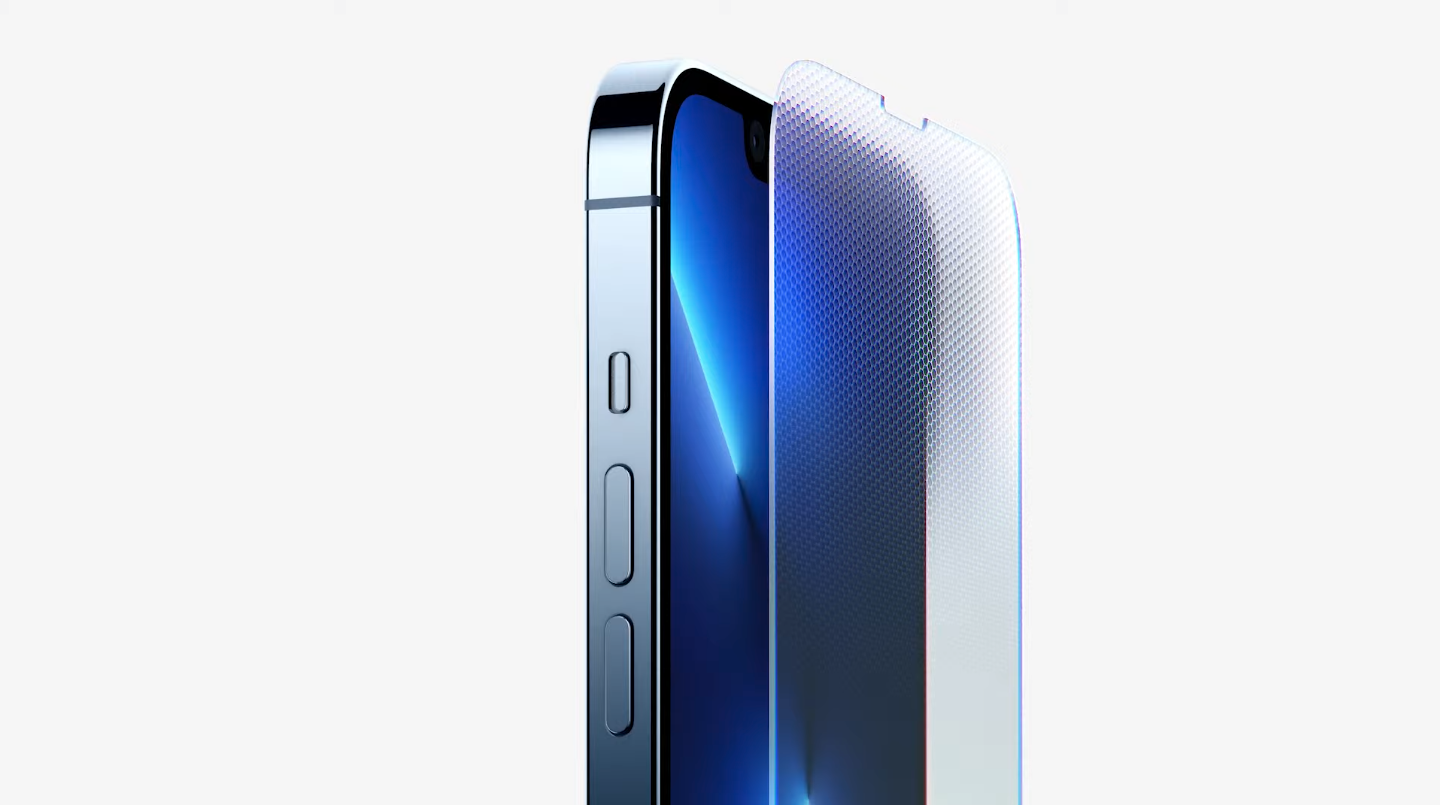 The Ceramic Shield found on the iPhone’s front is still here together with a matte glass texture at the back. IP68 water and dust resistance also stays in the new iPhone Pro lineup.

Apple has kept the same notch from 2017’s iPhone X for three years. Today, Apple changes that with the new iPhone 13 and iPhone 13 Pro series. 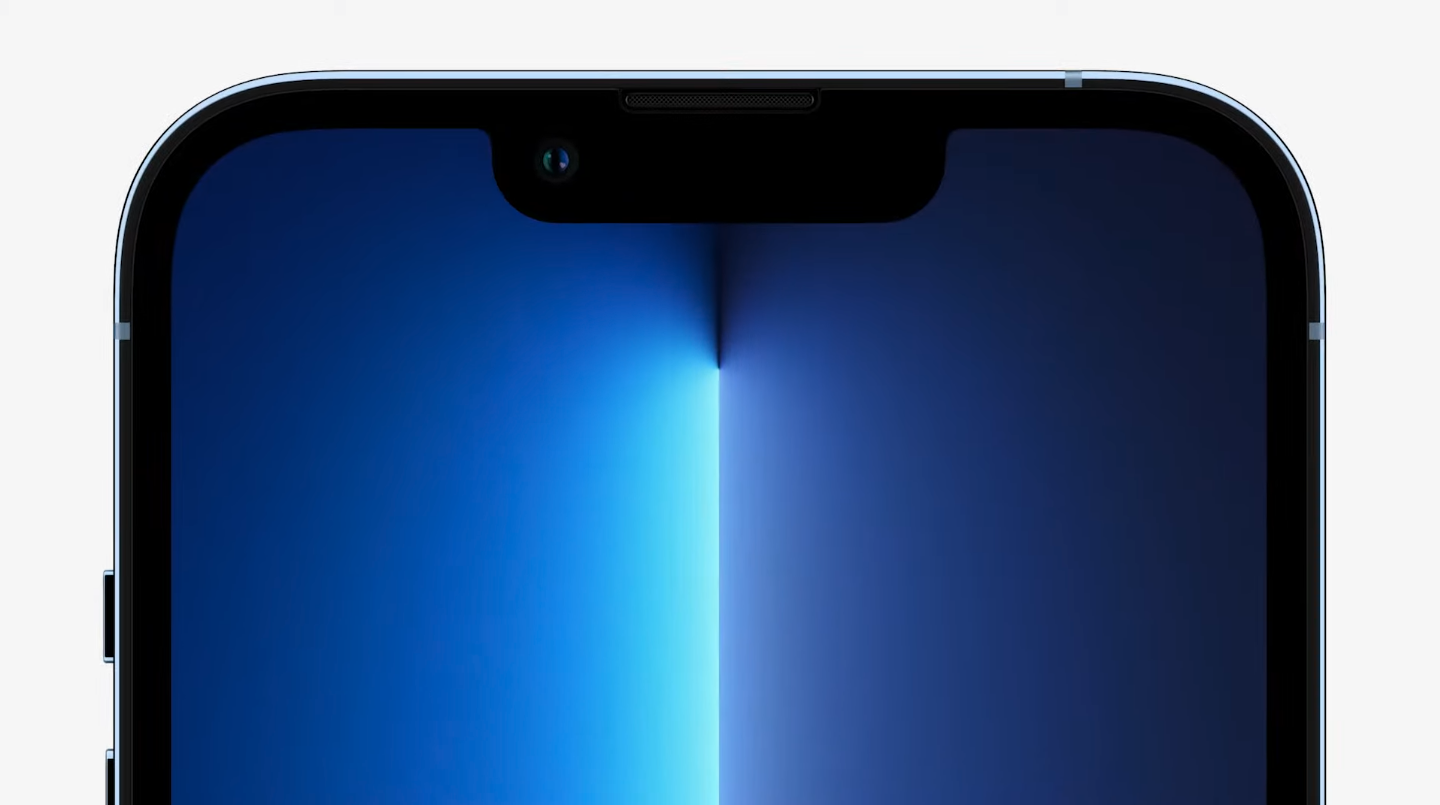 It now has a 20 percent smaller notch with an improved TrueDepth camera system. But the icing of the cake has got to be its Super Retina XDR with an adaptive 10Hz to 120Hz ProMotion display — a feature that should’ve been in last year’s iPhone 12 Pro series. 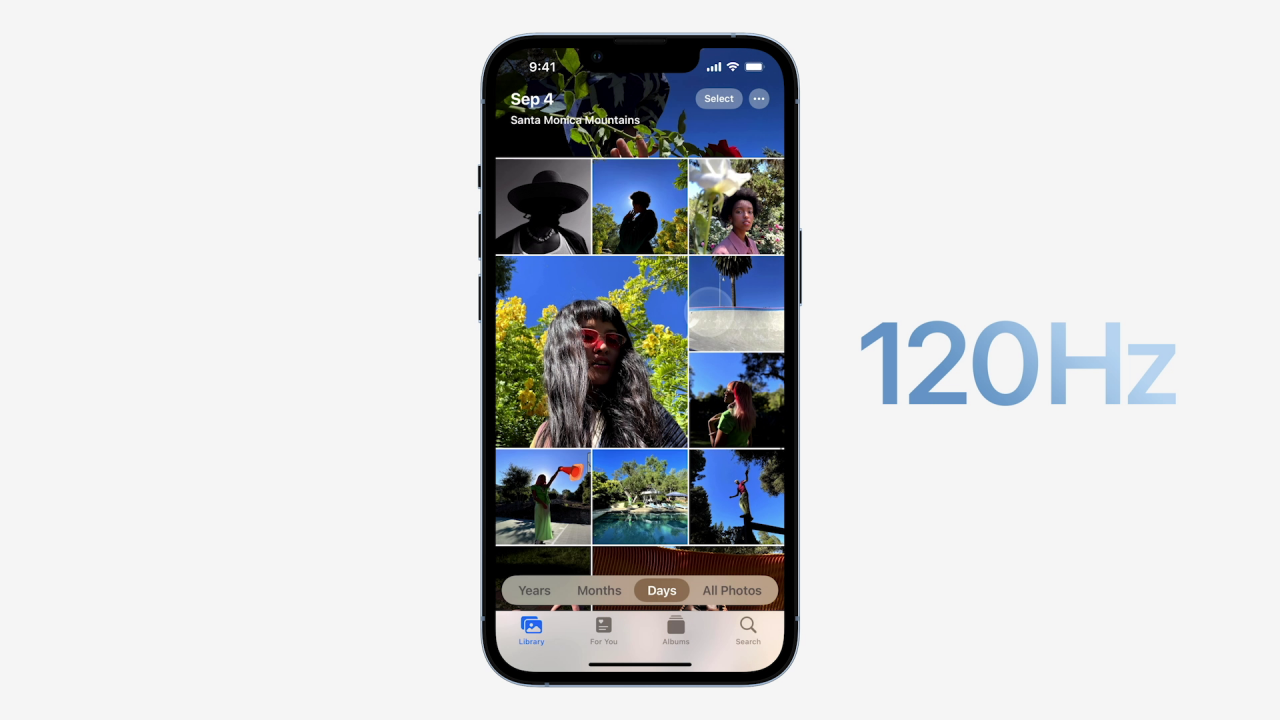 This makes the iPhone 13 Pro and 13 Pro Max the first iPhones with an ultra-fast display. For the record, the iPad Pro from 2018 was the first Apple device to feature such high refresh rate.

Display brightness also goes up to 1000 nits for better sunlight legibility. Don’t expect a screen size increase as both models still have a 6.1 and 6.7-inch displays respectively.

The design outside may look almost identical to last year, but its internals got an overhaul. The new iPhone 13 Pro series feature an A15 Bionic Chipset with 6-core CPU and 5-core GPU that’s based on a 5nm process. This means smaller yet more power-efficient on the fly. Both CPU and GPU performance are improved to 50 percent.

Also, its newer 16-core Neural Engine is capable of having up to 15 trillion operations per second which enables faster and better machine learning in features like Live Text as well as ISP improvements in noise reduction and noise mapping. 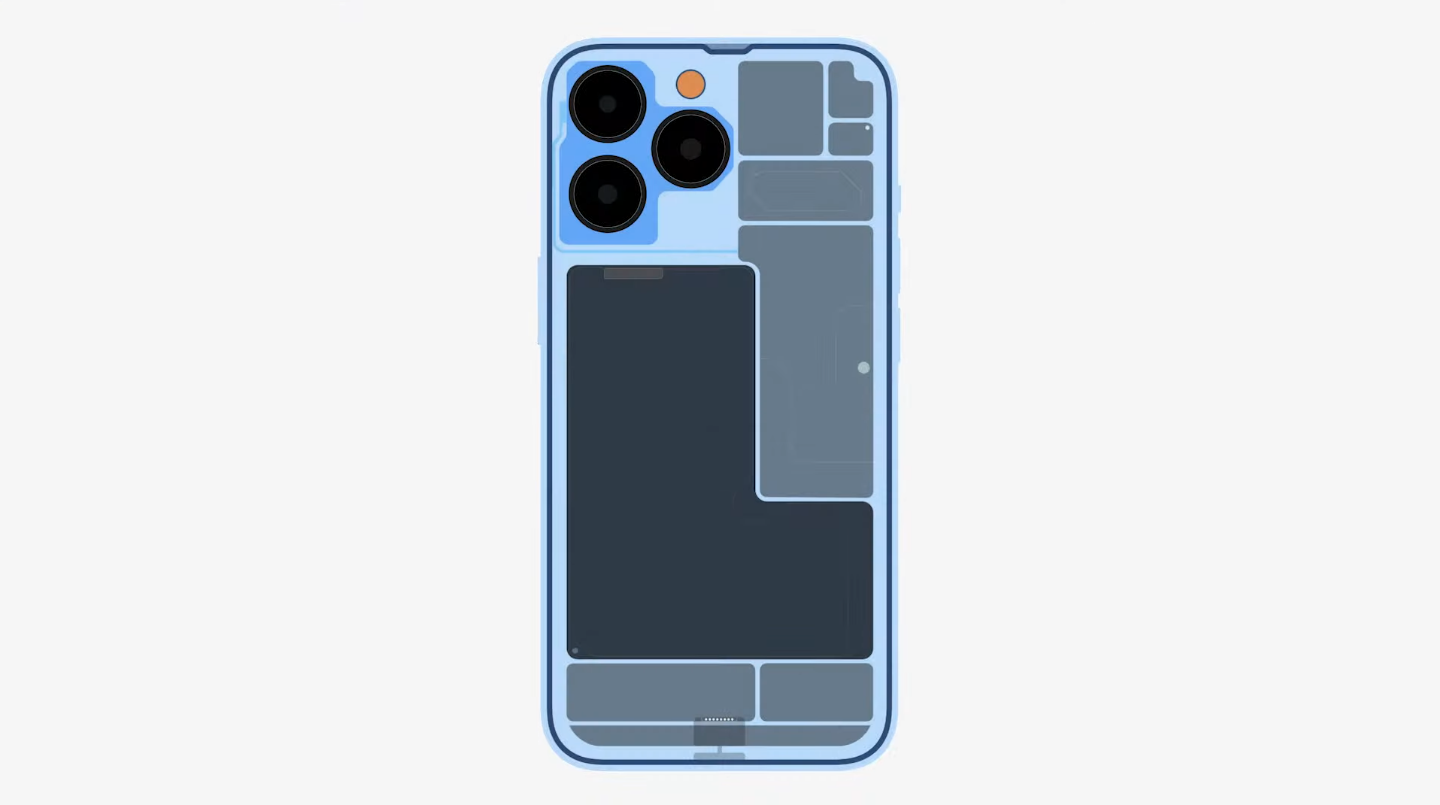 5G support is also here to stay but with more 5G bands that has better support and coverage in more locations around the globe. With a new feature called Smart Data mode, it intelligently saves battery life by automatically shifting to LTE when 5G isn’t needed.

Speaking of the new A15 chip camera improvements earlier, the Pro-grade cameras from last year got even better. 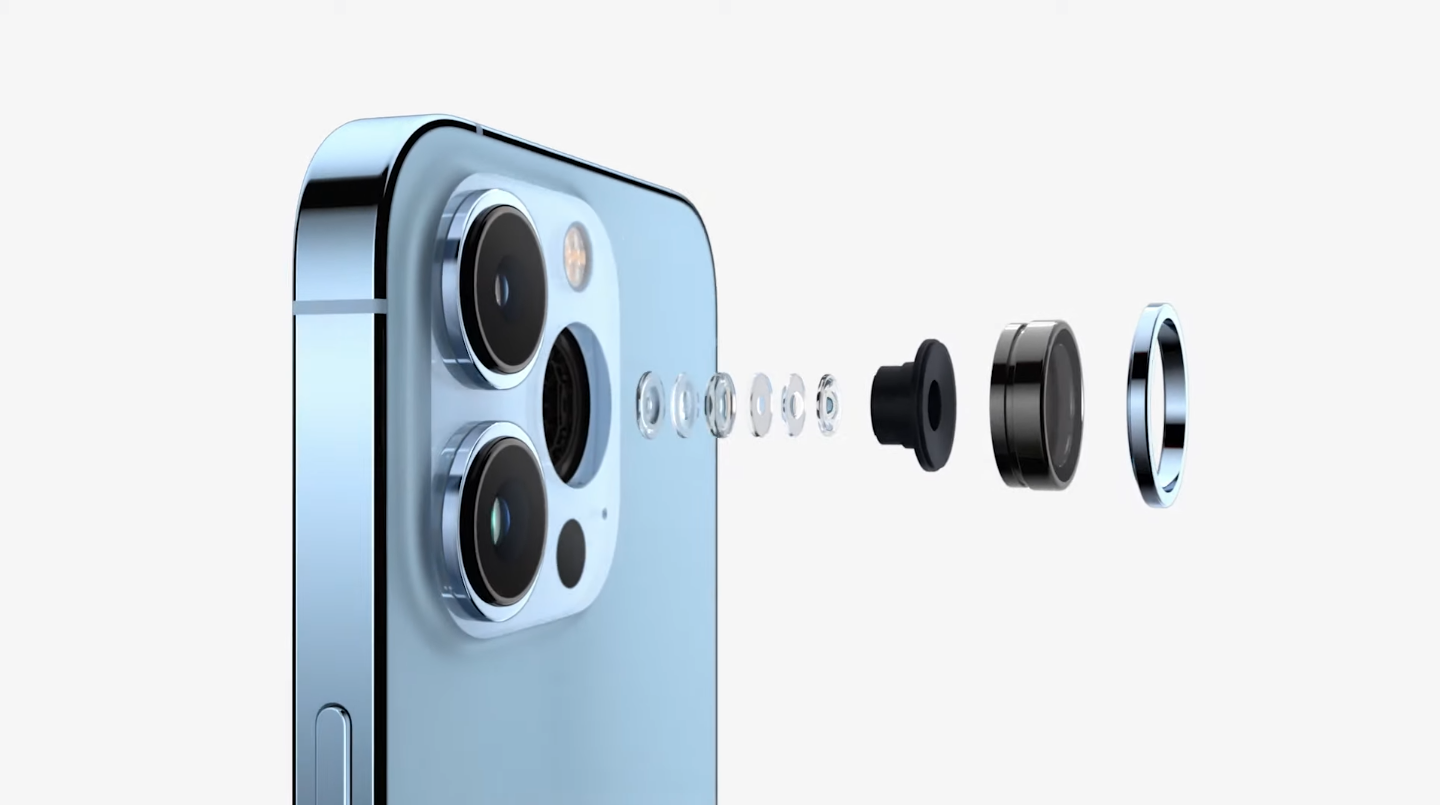 On paper, both the iPhone 13 Pro and iPhone 13 Pro series have a brighter f/1.5 Wide camera. The ultra-wide camera was also changed to an even better sensor with an f/1.8 aperture and a new AF (Autofocus) system. 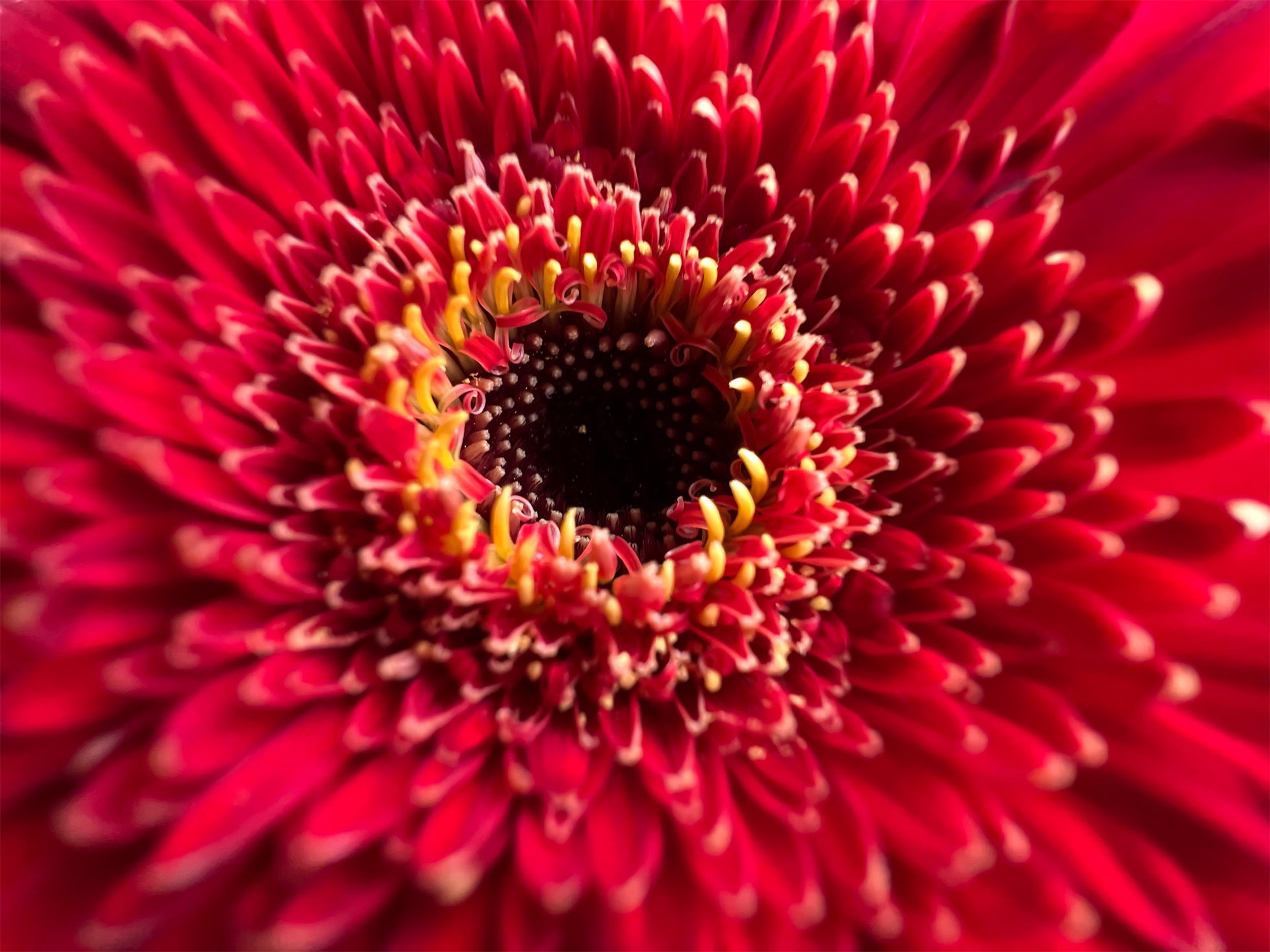 Newer camera features include Macro Mode for shooting something closer than ever before. This feature is also applicable to Slo-mo and Time-lapse camera modes. 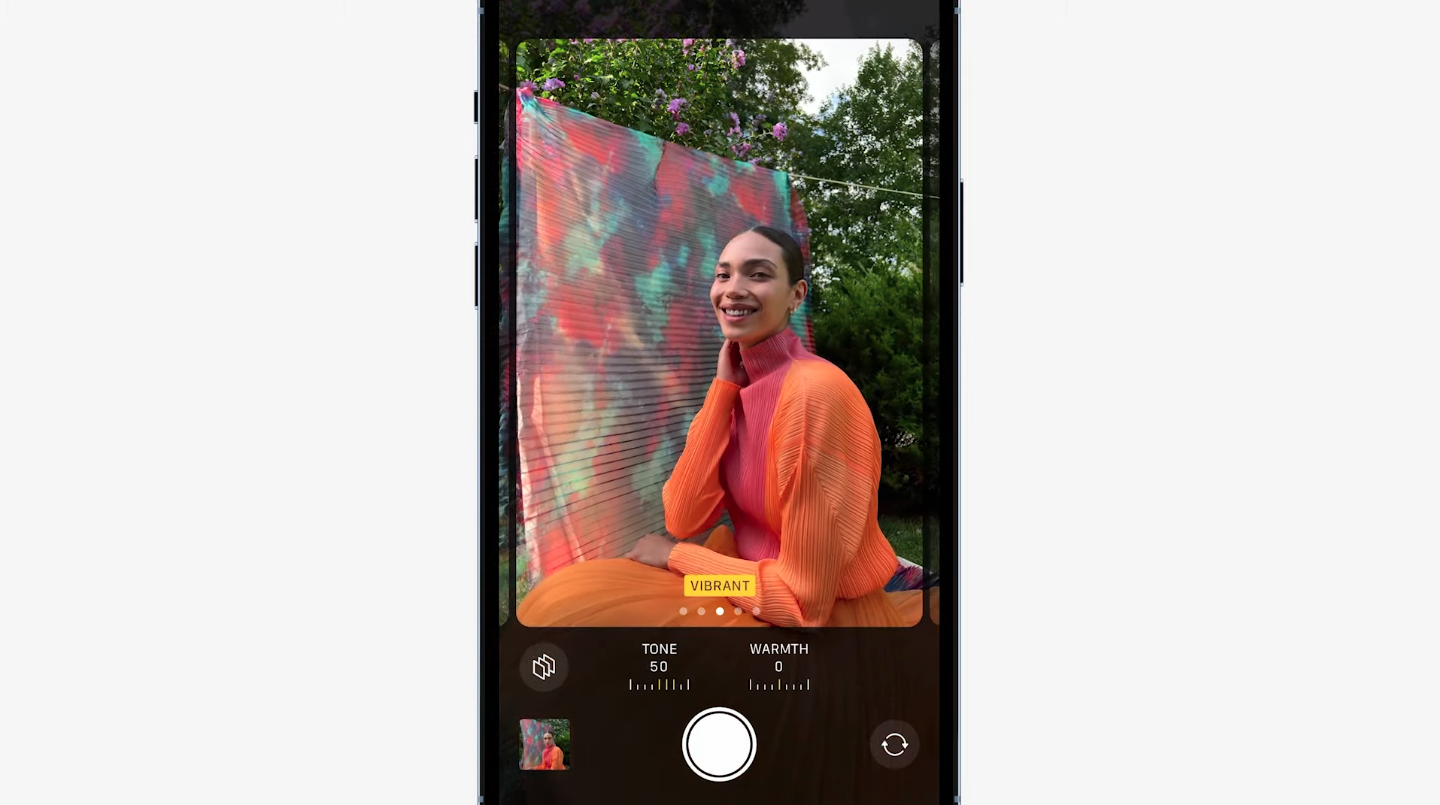 There are also Photographic Styles which are different from applying the usual presets. This allows users to bring their photo preferences directly to the camera app and still preserve Apple’s multiframe image processing altogether. Paired with Smart HDR 4, users can see improvements in the new iPhone’s dynamic range. 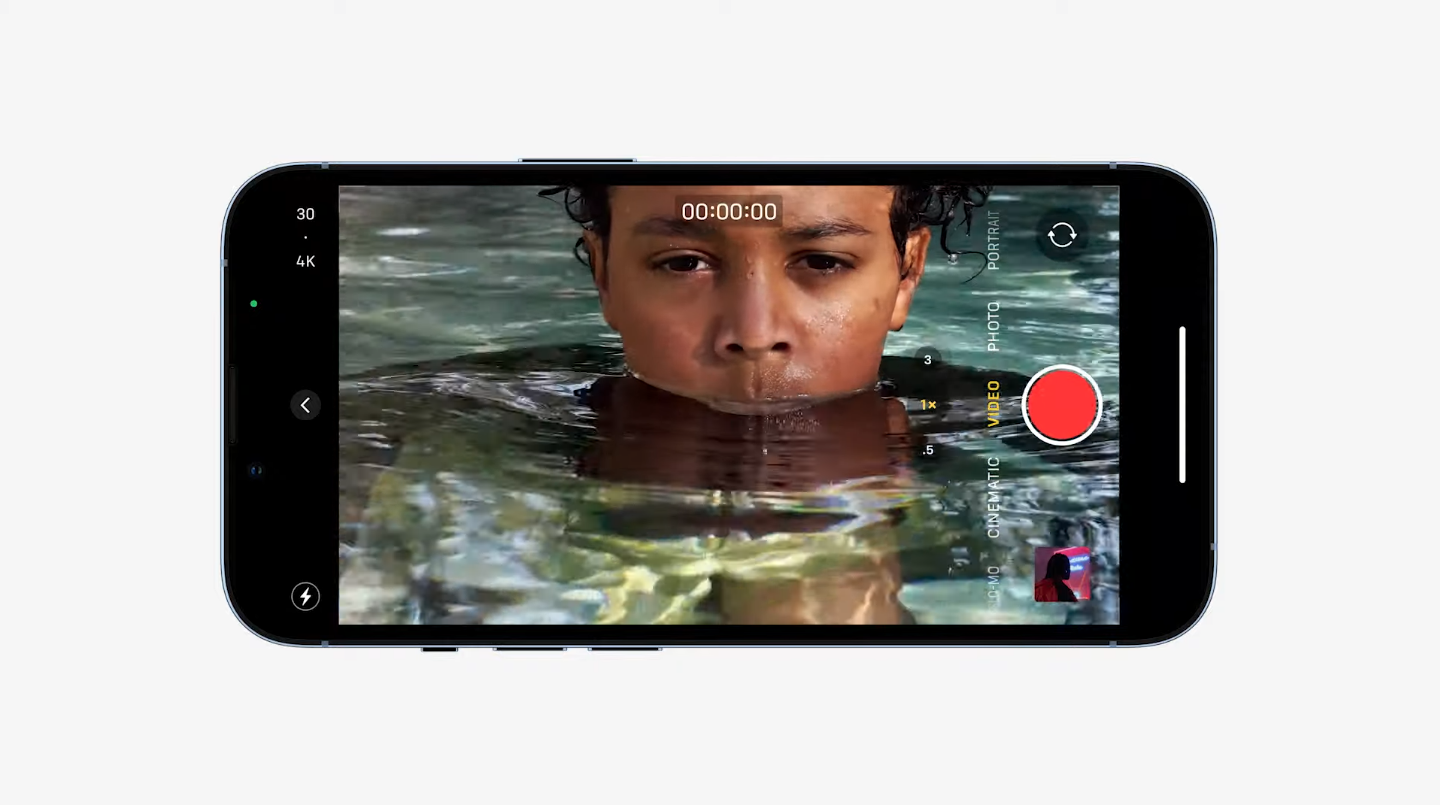 The new pair of Pro series phones has several video improvements including the new Cinematic Mode. This records videos of certain moving subjects or static objects with a depth effect and automatic changing in focus. This brings professional cinematography quality right in your hands.

Users can adjust level of bokeh in Photos or iMovie in iOS. This feature is also coming soon to Final Cut Pro and iMovie for macOS. Cinematic mode records in Dolby Vision HDR format. 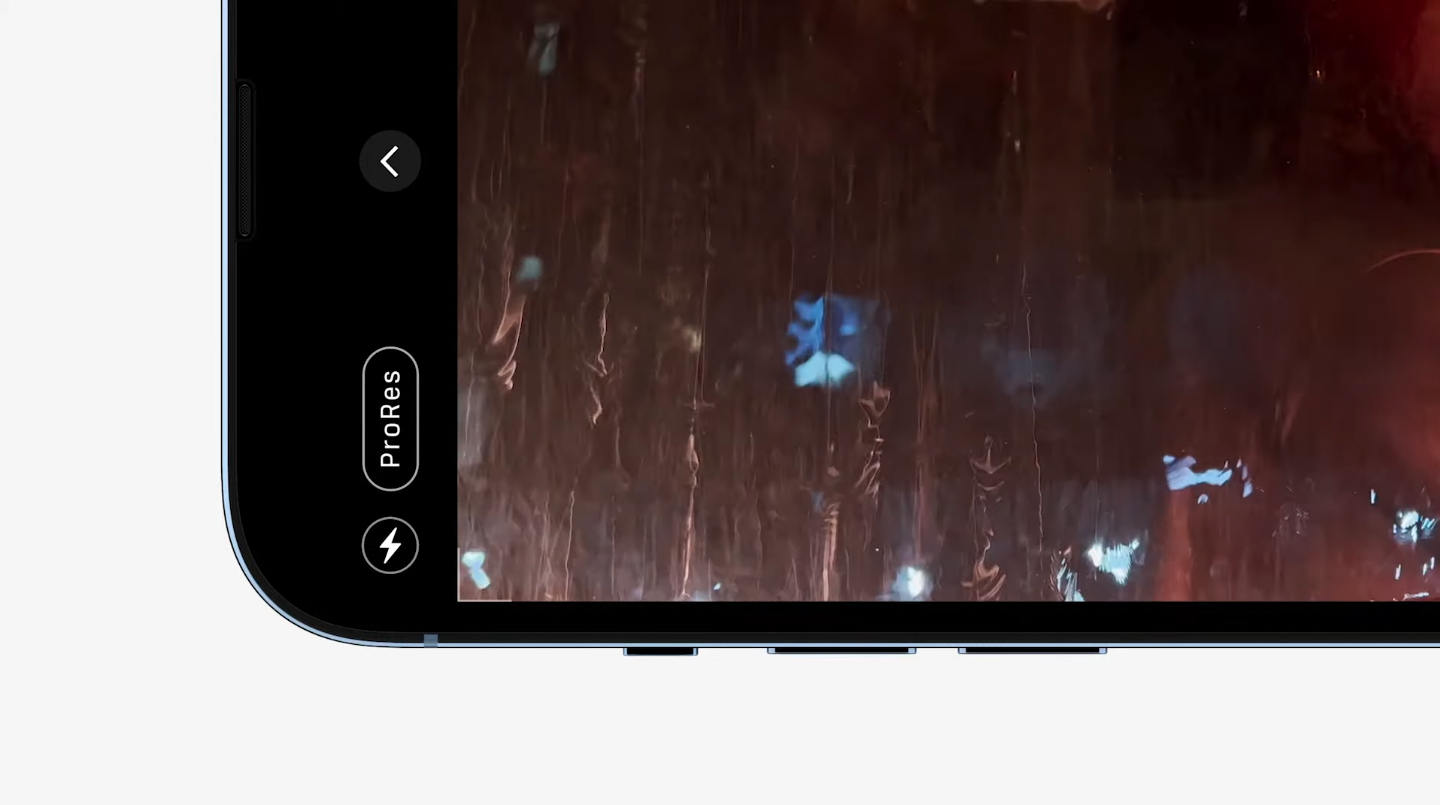 What makes the new iPhone 13 Pro series distinct from the new iPhone 13 series is the support for Apple’s new ProRes video codec. This is the same format used in commercials, feature films, and even TV broadcasts that offer better color fidelity yet less compression.

To top all of these features, the iPhone is the only smartphone in the world that provides end-to-end workflow. 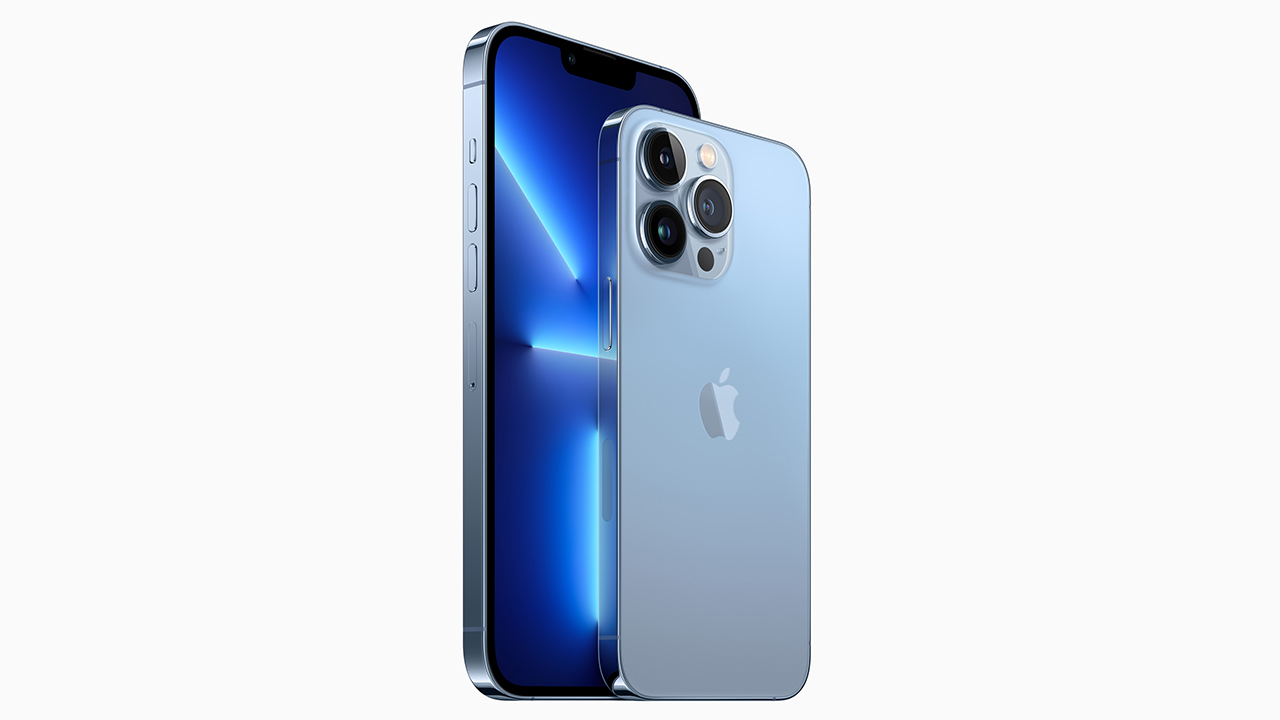 Both models will be available in the Apple Store app and Apple Store locations with pre-orders starting on Friday, September 17 in the United States, United Kingdom, India, China, Japan, Singapore, Canada, Australia, and 30 more countries in the list. Availability in other countries have yet to follow.