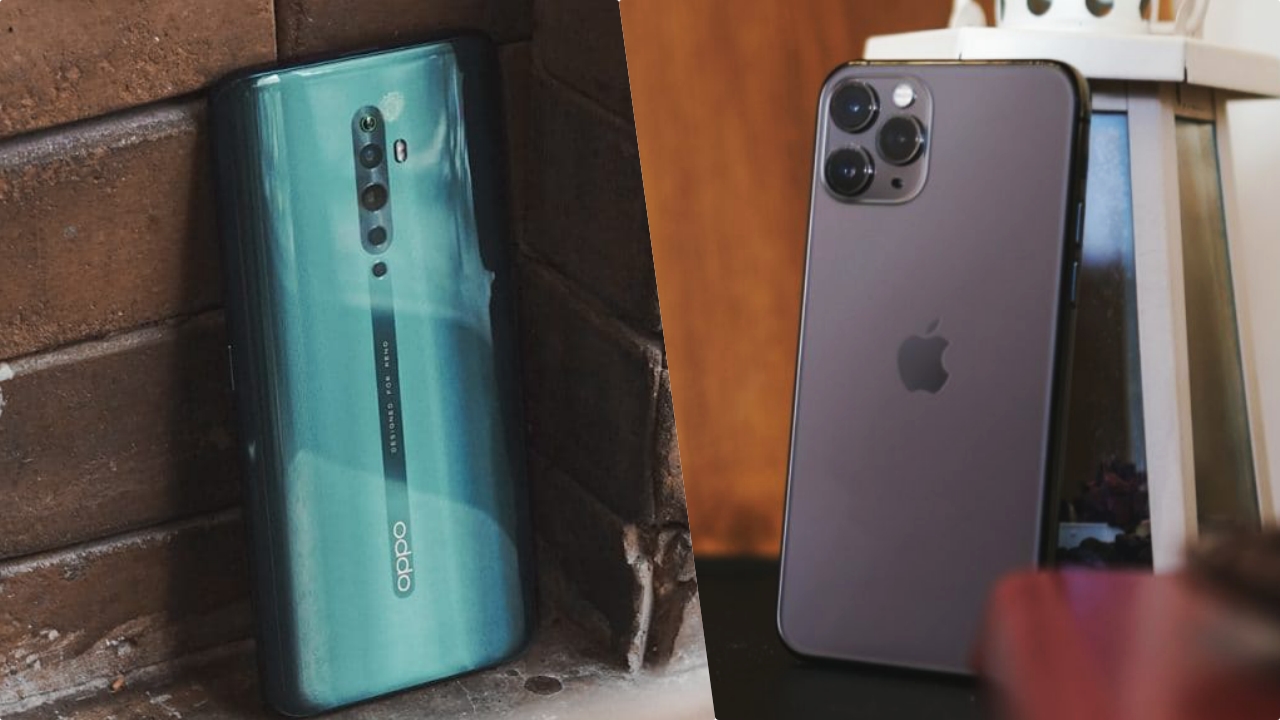 A recent study by online shopping aggregator site iPrice reveals that OPPO is the most searched brand in the Philippines while Apple leads the way in Singapore making the two the most popular brands in the mentioned countries. The study used two factors that determine a brand’s popularity — the retail price of a smartphone and the annual household income.

OPPO leads the way in the Philippines

OPPO, which is currently launched the Find X2 Pro and has been marketing its Reno series, leads the way as the most popular brand in the Philippines. Its most expensive smartphone — OPPO Find X2 Pro —  retails for PhP 65,990. Meanwhile, its cheapest is OPPO A5s which retails for PhP 6,990. The brand had been known to cater to the budget and midrange segment more but has recently been trying to make waves in the more premium pricing segment.

In a country with an annual income of PhP 460,000, brands that offer plenty of midrange smartphones appear to be really popular. This is the case for Vivo which ranks third in popularity. 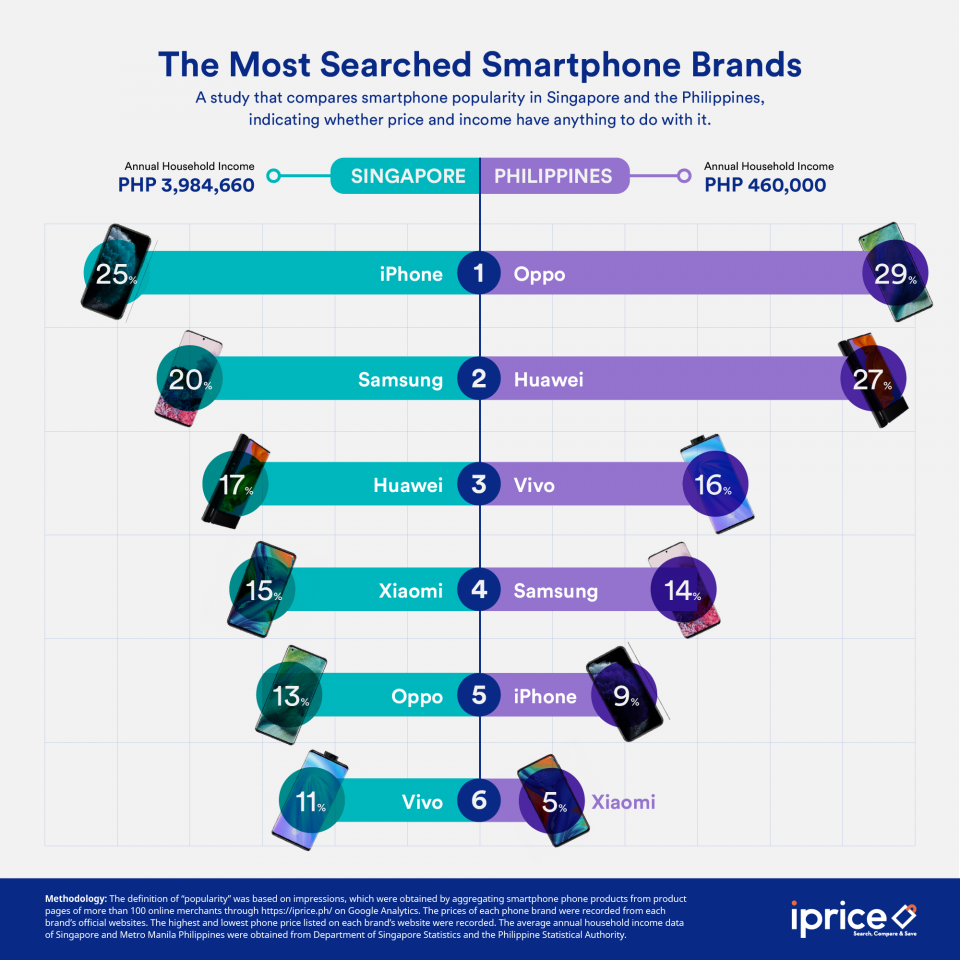 This one’s not so surprising. Singapore has a much higher annual household income than the Philippines. Thus, Singaporeans are much inclined to search for expensive brands like Apple and Samsung. Apple came out on top, followed closely by Samsung. These brands offer expensive flagships that anyone with a higher income can afford.

Interestingly, a Google Trends search on the terms Apple, iPhone, and OPPO both in Singapore and the Philippines over the last 12 months reveal that the iPhone dominates the search by a wide margin. This could mean that while people consider the price when it comes to actual purchase, they still religiously follow news about Apple’s iPhone.

Huawei ranks consistently among the top 3

Huawei fared consistently on both countries’ most popular smartphone brands. It ranked second in the Philippines, while it ranked third in Singapore. There are many factors to Huawei ranking among the top 3 for both countries. Huawei has offerings across all price ranges and has been a consistent force in the premium segment in recent years.

Huawei offers flagship with prices comparable to Apple and Samsung. However, it remains competitive in the budget segment by offering budget-friendly and reliable smartphones. The Huawei Y5 Lite sells for PhP 3,990 in the Philippines, while Y6s retails for SG$ 178 in Singapore.

Huawei also churns out many midrange smartphones that can compete with offerings from midrange brands too. Combined with an established presence in both countries, it’s no wonder the company is popular in both the Philippines and Singapore. 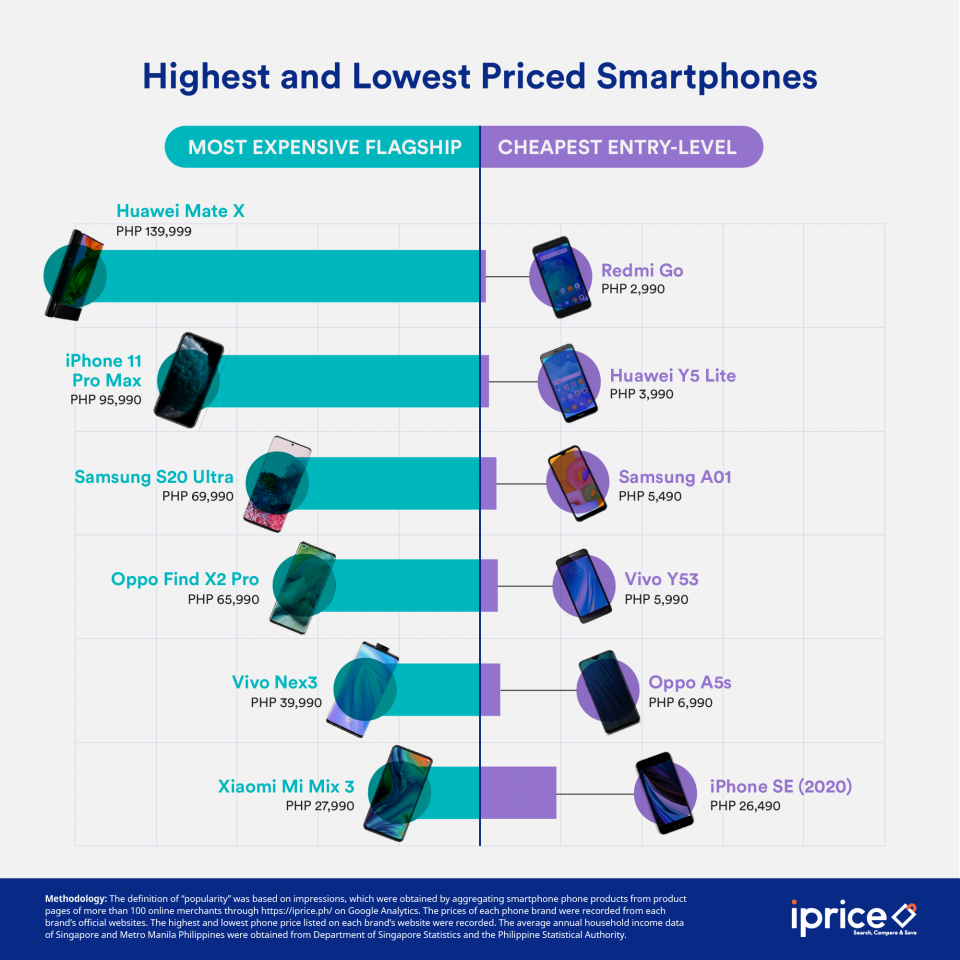 Xiaomi’s push in the Southeast Asian market is paying off, and the study supports that. In Singapore, where Xiaomi has long established its presence, the company snagged the fourth place, edging out the likes of OPPO and Vivo. The company has been aggressive in pushing out smartphones at an affordable and competitive price, and it shows.

In the Philippines, however, Xiaomi lands at the fifth spot still behind Apple. The company continues to gain popularity as it expands its stores beyond major urban areas in the country.

The study shows how brands with compelling midrange phones have become successful by offering near flagship smartphones at an affordable price. However, flagship smartphones still occupy a place in society. People with deep pockets will sway towards buying a flagship. After all, they just want the best smartphone their money can buy.