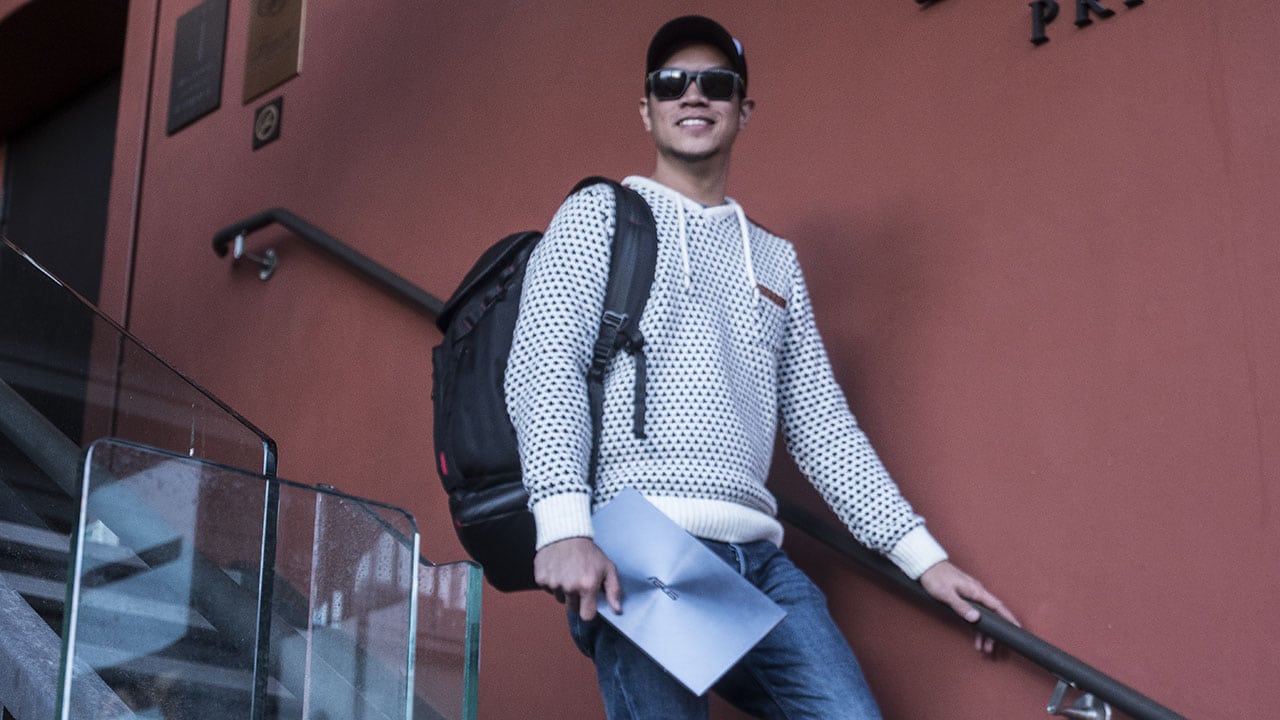 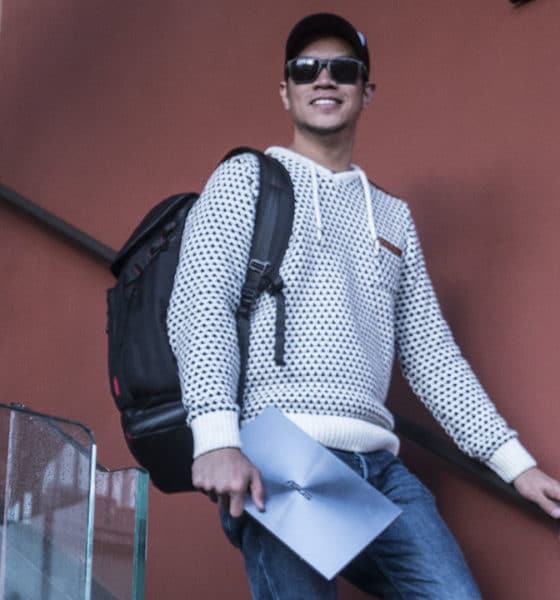 The ASUS ZenBook S13 does the job while looking good

Those bezels are really slim!

Some laptops are meant to look flashy, while some focus on a specific feature to make them stand out. It looks like ASUS came up with something that ticks both of those in the form of the ZenBook S13. It’s got a premium-looking design, the slimmest bezels in town, and specs that allow you to do more. 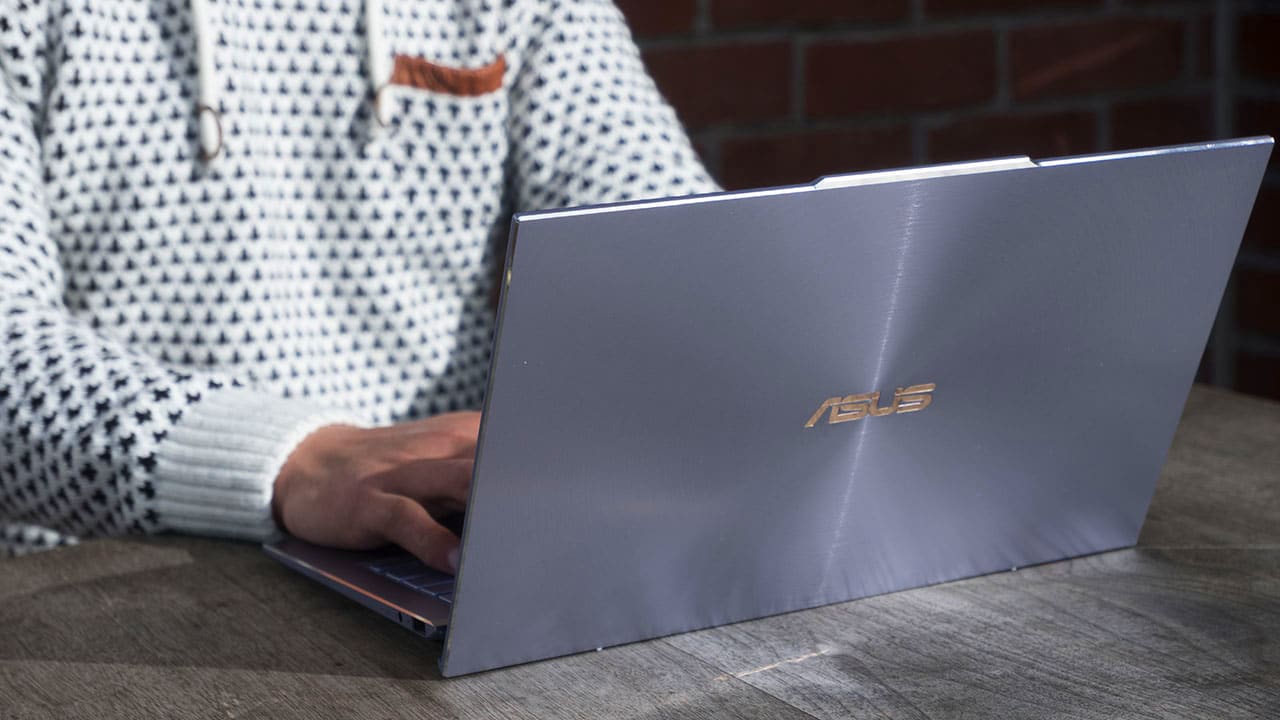 Since the ZenBook S13 is about accomplishing things and looking good while doing it, you won’t see cheap plastic on this laptop. The S13 is built with an all-metal chassis with a spun-metal finish for that signature ASUS touch. It’s not just made for show as it’s durable as well.

ASUS says the laptop goes through a series of stress tests during production that include drop, shock, vibration, and even altitude tests. This ensures each unit meets the military standard for extra toughness. So don’t worry about accidentally subjecting it to stress inside your bag, for example. 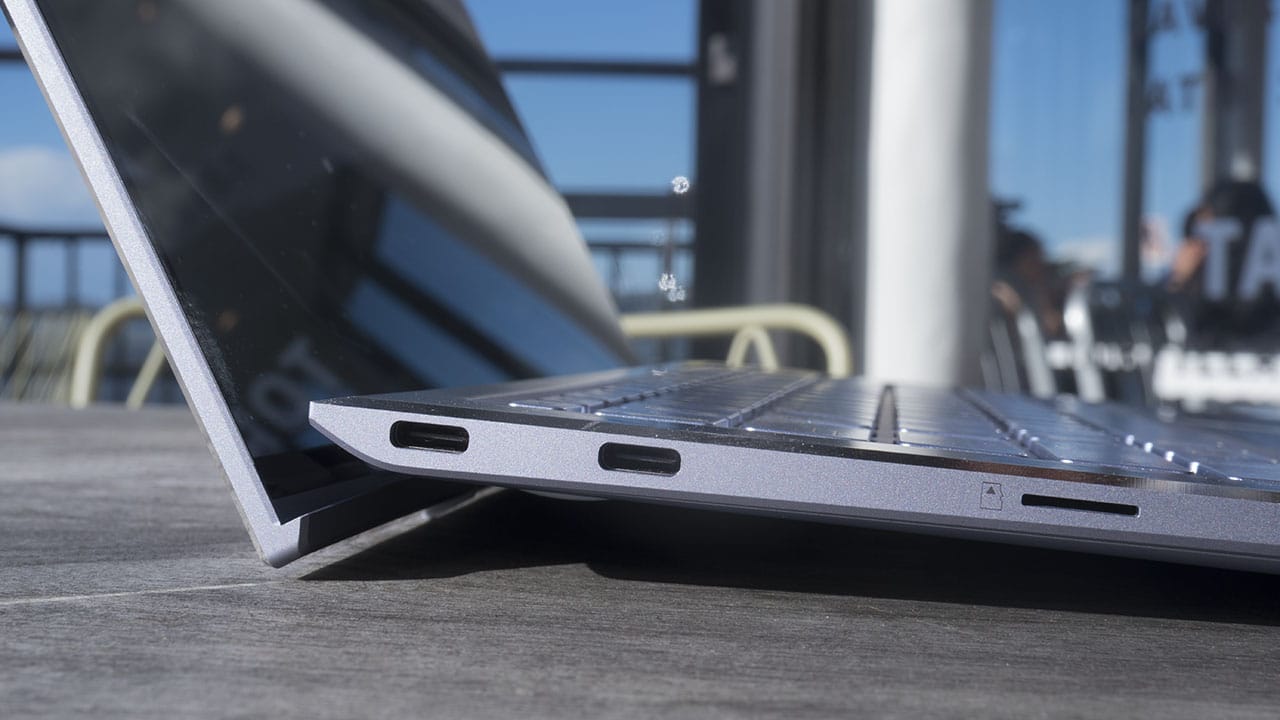 Design-wise, the company went with an elegant Utopian Blue color and an ErgoLift that we’re pretty familiar with. Once the lid opens, it lifts the chassis for a more comfortable typing experience and better audio performance through its down-firing speakers. But, the most important function of this design is to allow airflow underneath for better cooling so it can perform longer and faster. 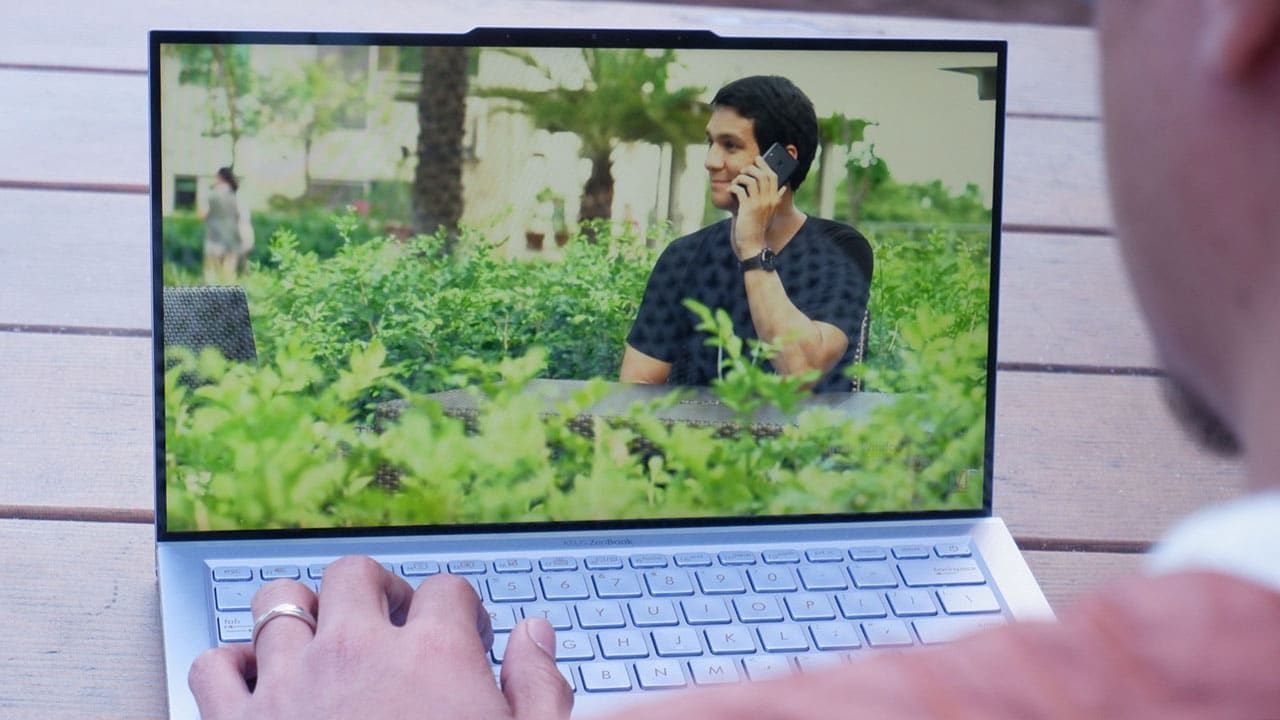 When you get past the entertaining lifting action, you will then be greeted by its 13.9-inch display that maximizes its borders. On paper, the company is proud to claim the title of the world’s slimmest bezels at 2.5mm and world’s largest screen-to-body ratio at 97 percent. The thin border does make the Full HD screen pop out more, especially when you’re watching videos online and on full screen. 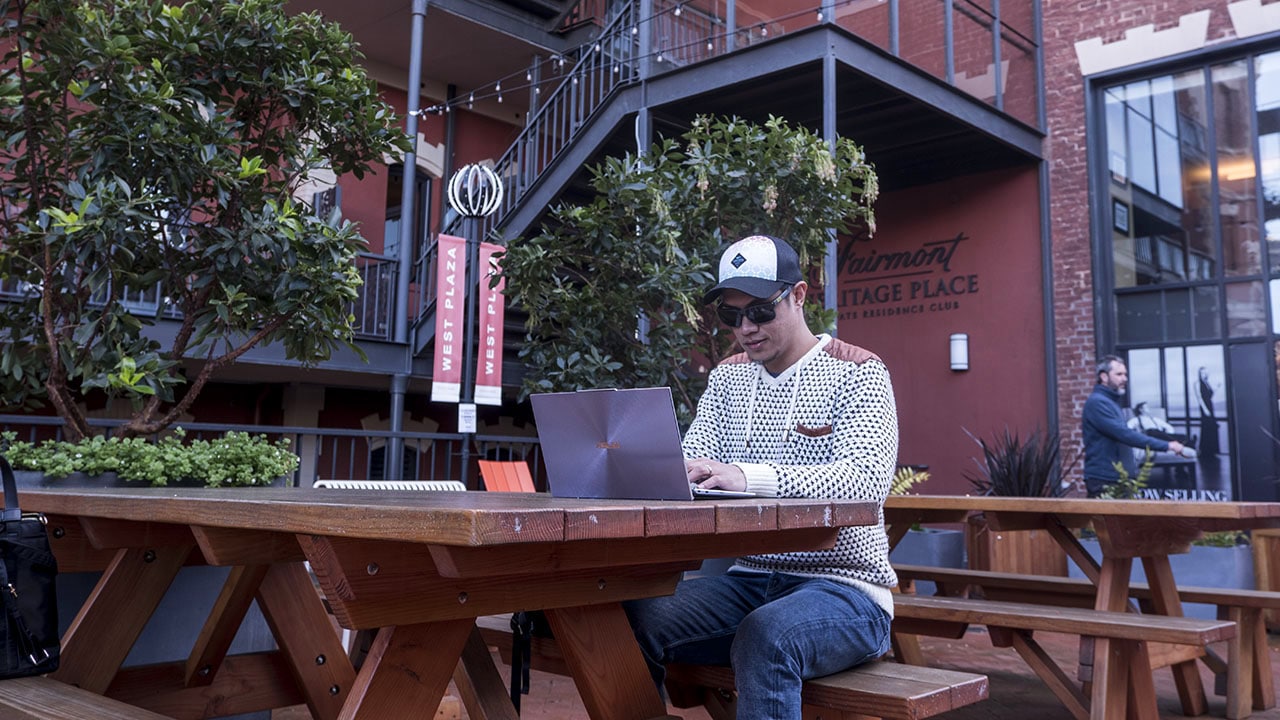 The company was also able to make the laptop smaller than previous 13.9-inch models like its very own ZenBook 3 Deluxe. Weighing a little over a kilo, the ZenBook S13 is really easy to carry around and is compact enough to seamlessly fit inside backpacks. 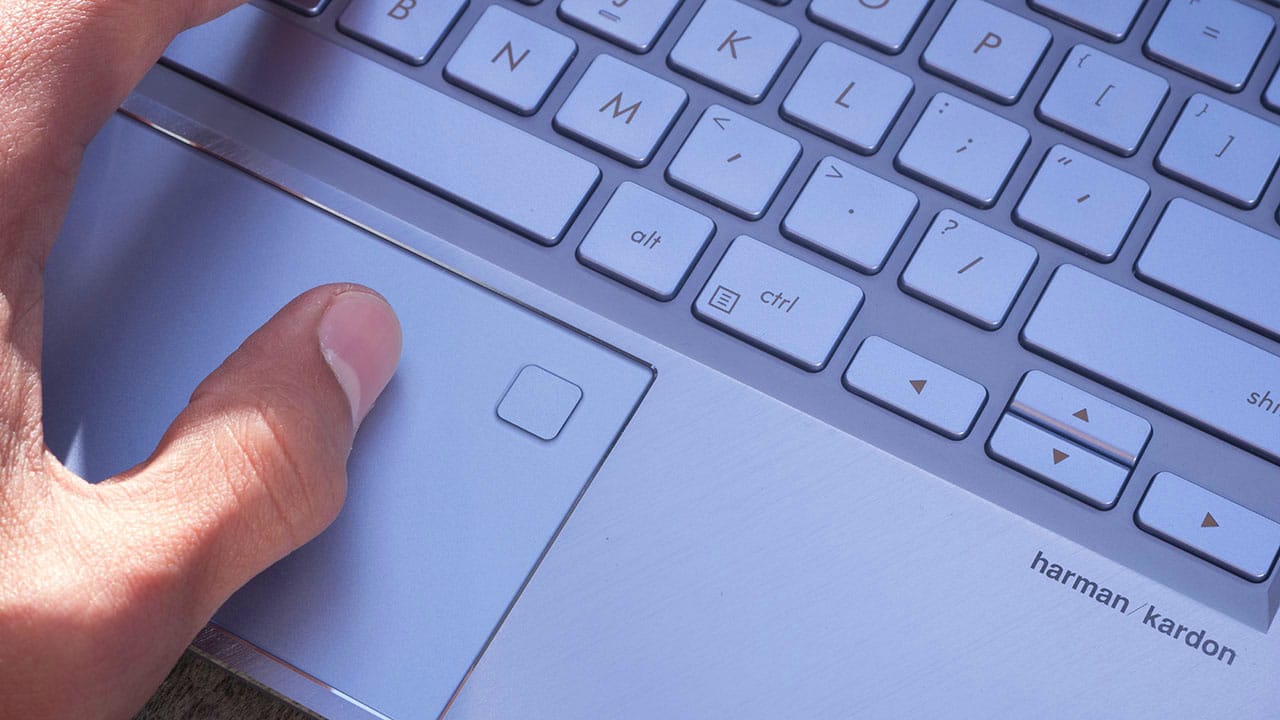 As we mentioned during our first look, the clickable trackpad doesn’t give much space to move around. Although we really couldn’t expect much considering how thin and compact this thing is. Good news, though: There’s an embedded fingerprint sensor on the upper-right corner for an added layer of security. It scans fast and is a quicker way to access your account than typing your password. 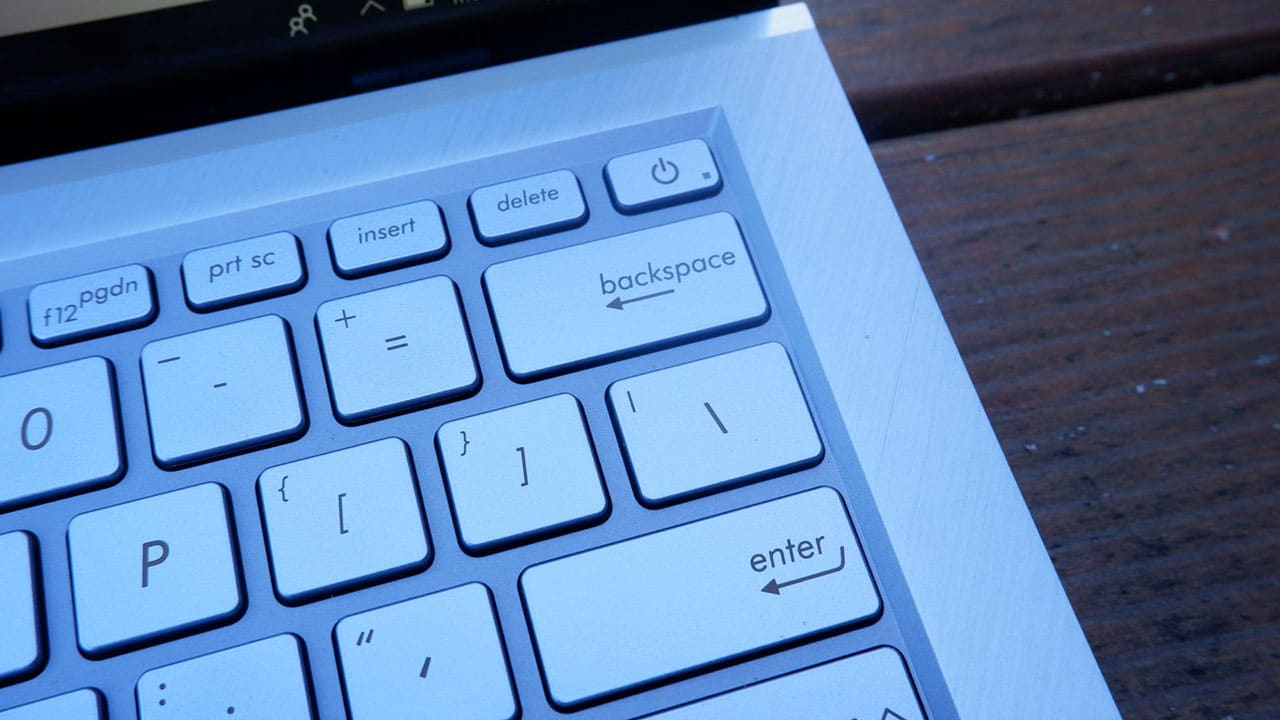 Speaking of typing, the keyboard is a joy to use. The keys have good travel, are easy for fast typing, and are back-lit so using it at night or in a dimly lit environment is never a struggle. It’s an immediate appreciation for how it feels natural while typing.

Sound quality is sometimes overlooked, and I’ve always wanted my laptop to have good speakers. The ZenBook S13 features a bottom-firing Harman Kardon sound system and they actually deliver great quality. It can get pretty loud, too, filling up an average living room easily. 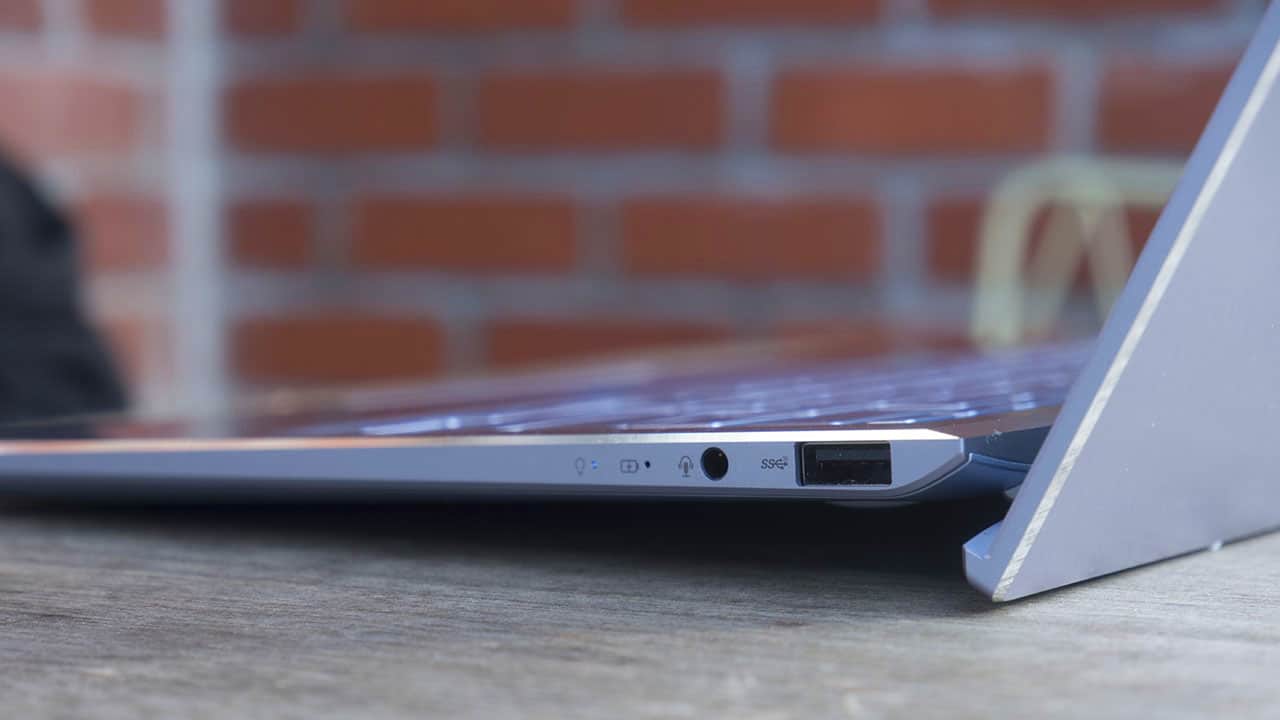 In terms of connectivity, there are two USB-C ports on the left side with support for fast charging, data transfers, and external displays. Meanwhile, a single USB-A is on the right side along with a 3.5mm audio jack for microphone/headphones input. These total to three USB 3.1 ports that are ready to accommodate input for working alone or presenting on a meeting. Oh, and there’s a microSD reader built into the S13. 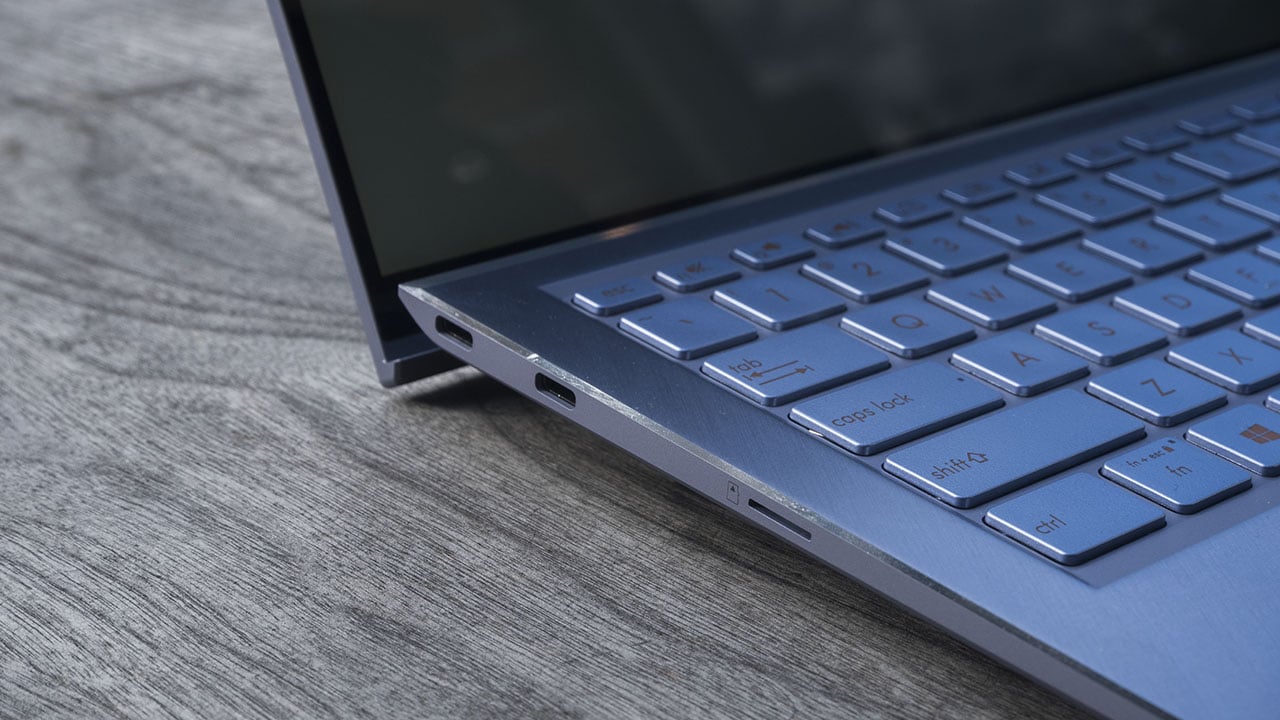 And if you still need more, ASUS says there’s a bundled Mini Dock that adds two extra USB ports and HDMI for the S13. It basically has your necessities covered to deliver that presentation. 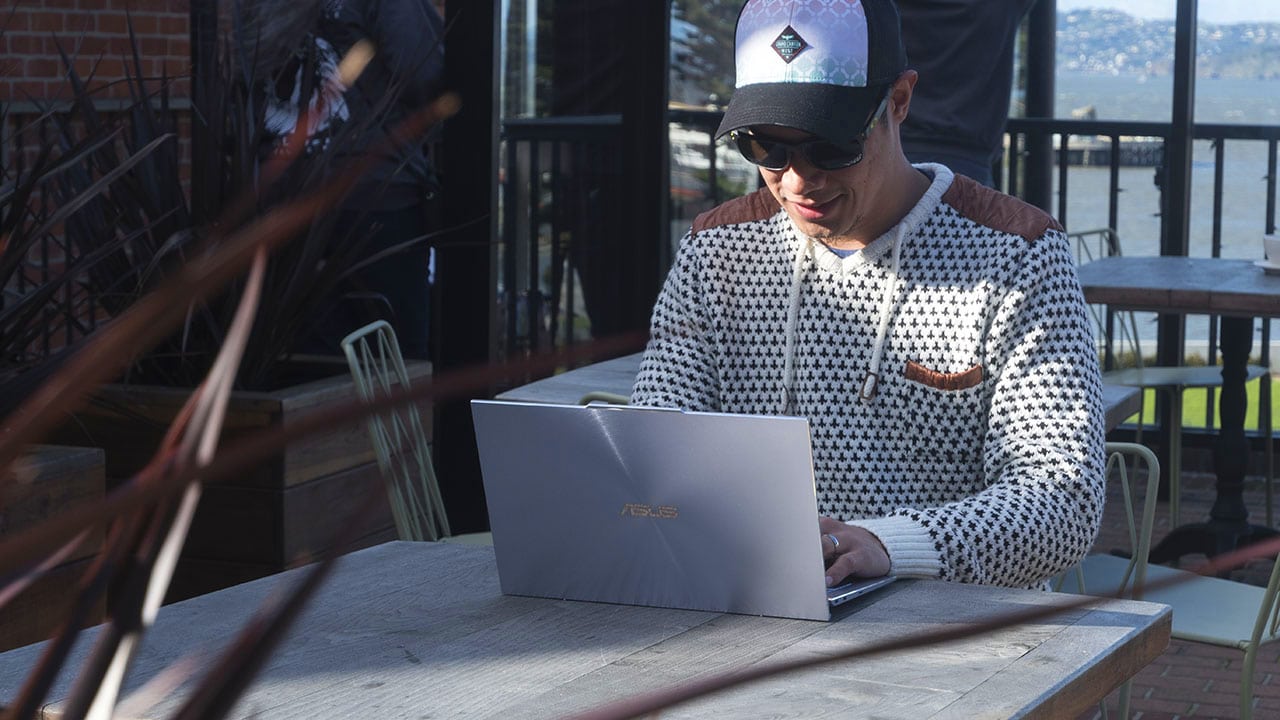 Of course, all these features mean nothing if the internals are not up to the task. Inside, this thin laptop is equipped with up to an 8th-gen Intel Core i7 processor and an NVIDIA MX150 GPU. ASUS takes pride in the S13 being the world’s slimmest laptop with a dedicated discrete graphics.

If needed, you can add up to 16GB of RAM to maximize what it can do and thanks to this tandem, I was able to sit down, pull it out of my backpack, and do light video editing even on the go. It runs Windows 10 Pro and storage comes in at up to a 1TB SSD for faster boot up from sleep when you resume working. 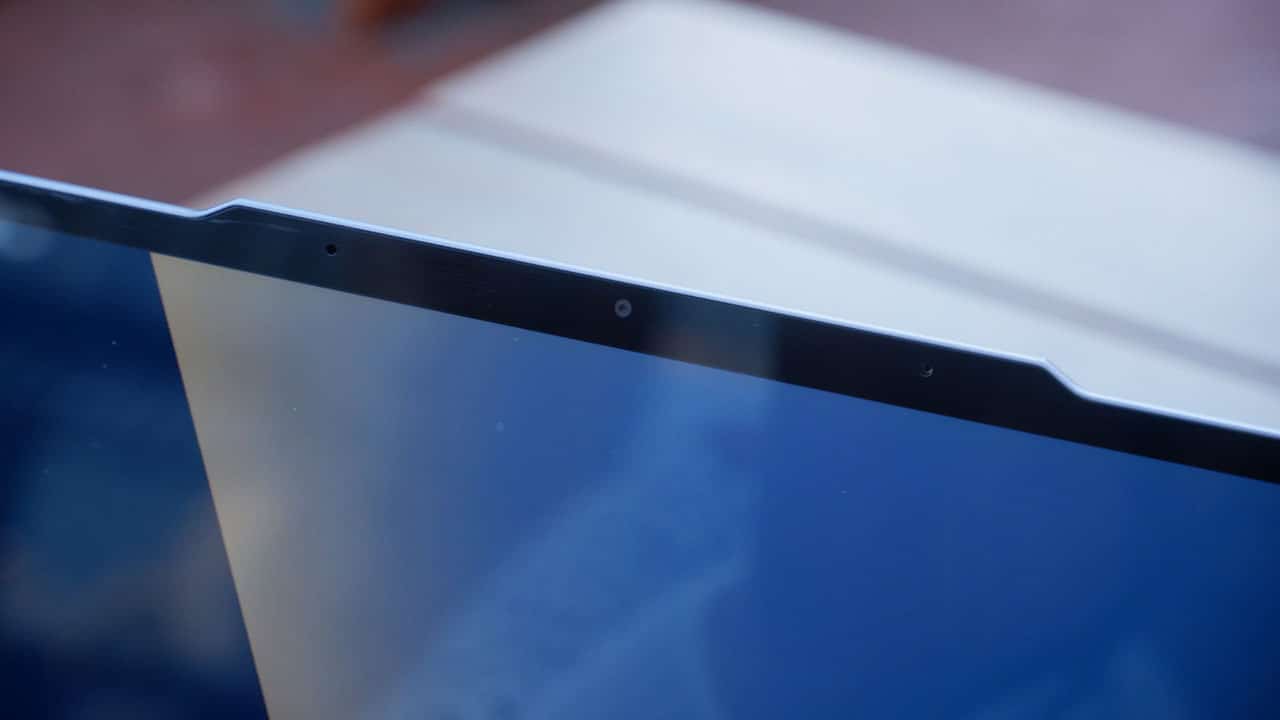 For this part, I probably know what you’re thinking: How’s the battery life on something this small with not-so-basic internals and a larger display? Well, ASUS claims a battery life of up to 15 hours on a single charge.

In real-life usage, I was able to use it to browse the internet for a good hour and a half, edit photos while blasting music through its loudspeakers, and edit videos for about four hours before needing to plug in again. Basically, it lasted longer compared to similar laptops I’ve used before. As a cherry on top, it has fast charging, achieving about 70 percent of juice within an hour. 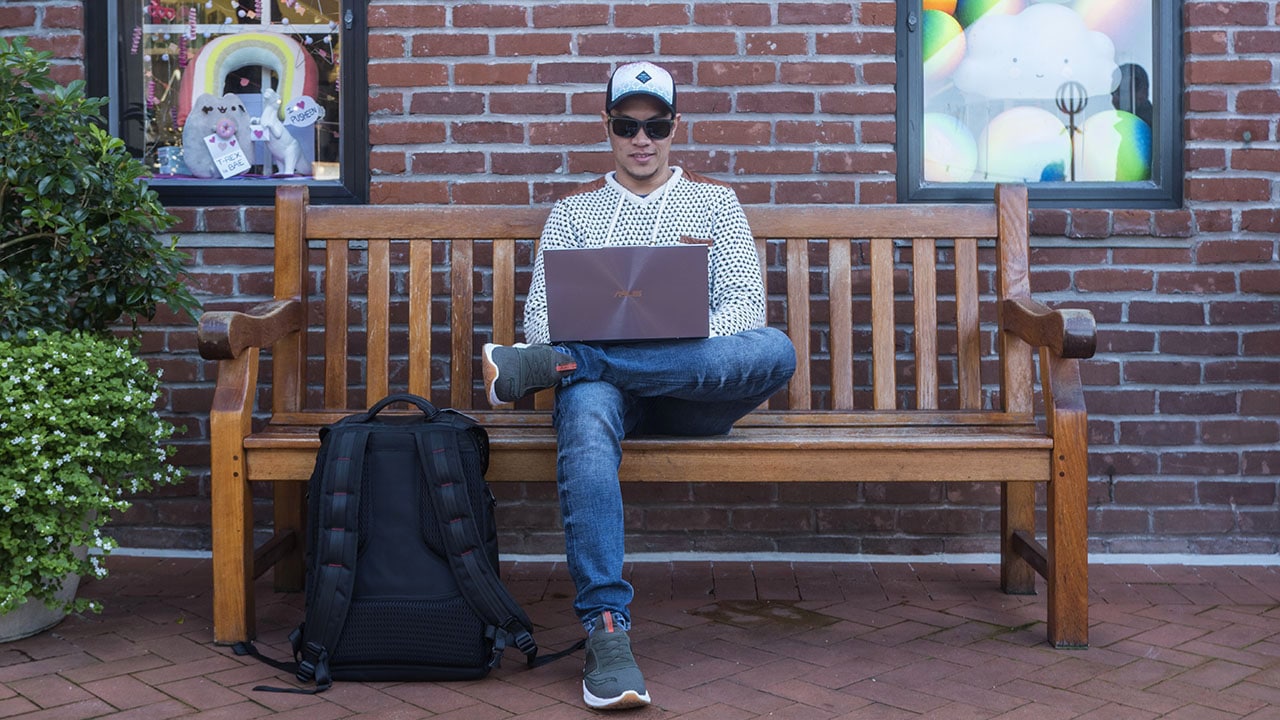 There hasn’t been an official list of prices for the different configurations, but according to reputable websites that have the same specs (Core i7, GeForce MX150, 16GB RAM, and 512GB SSD), it retails for US$ 1,399.