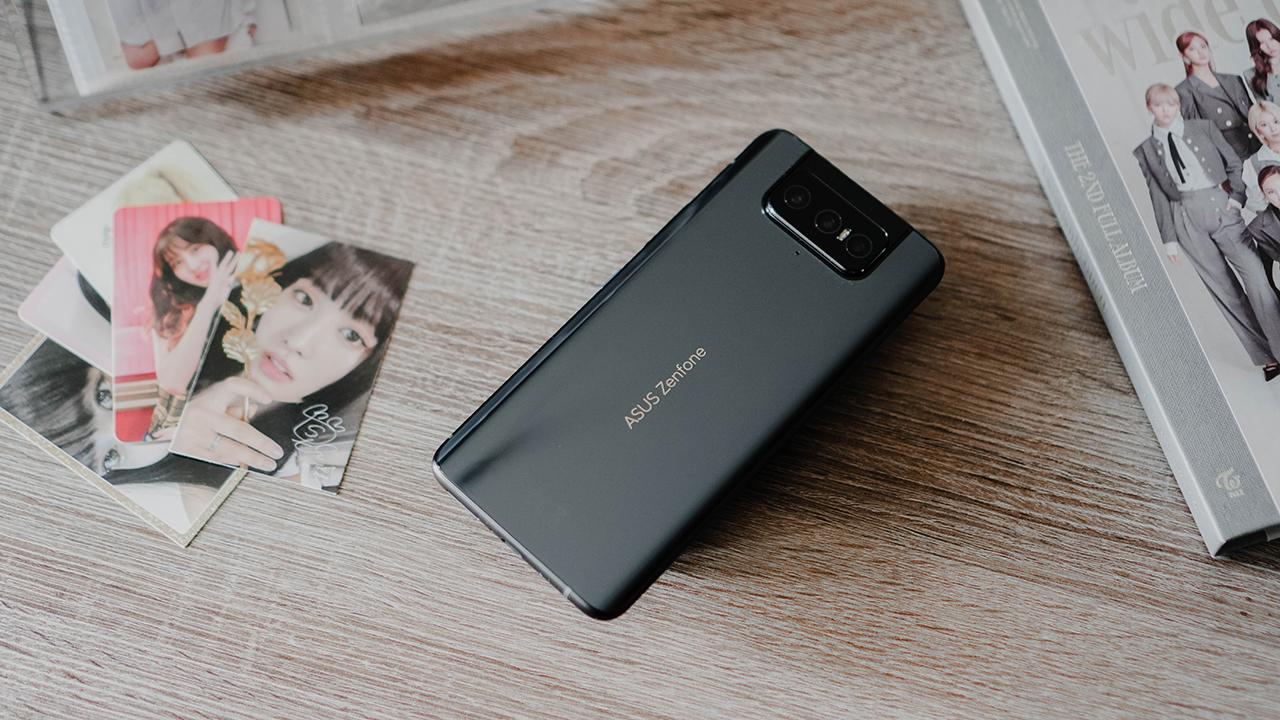 Both phones are powered by the Qualcomm Snapdragon 888 processor. Right off the bat, you’re promised flagship performance, 5G connectivity, some reliable gaming performance, and all that jazz.

However, the most impressive thing about these two devices may be in how targeted they are. ASUS is sticking to their thing by insisting on a Flip camera module, but they’re also offering something else for a segment that they feel is underserved with the base Zenfone 8. 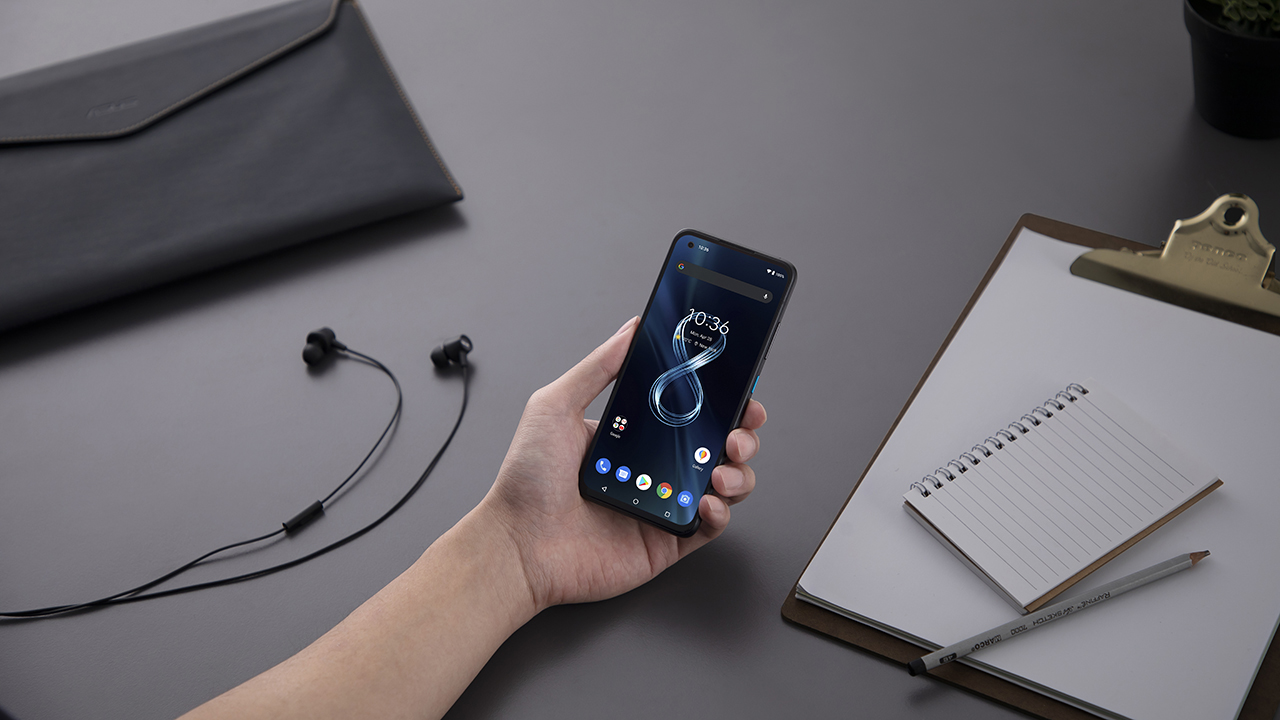 The goal for the Zenfone 8 is clear — offer a compact flagship smartphone. While there are compact phones out there, it’s really only the iPhone 12 mini that can be considered flagship-level. But that phone suffered from a dismal battery life as many reviewers have pointed out.

To remedy this, ASUS put a 4,000mAh battery on the Zenfone 8. But how compact is it?

The Samsung AMOLED display on the phone measures at 5.9 inches. Only a few decimals larger than the 5.4-inch iPhone 12 mini. Also, a far cry from the at least 6.4 inches we see on most flagships today.

That display also supports HDR10+, has a 120Hz refresh rate, a 240Hz touch sampling rate, and is made of Corning Gorilla Glass 6. Neat. It has a tiny hole that houses the 12MP front-facing camera.

Speaking of cameras, no crazy flip-module here. Likely to maximize the space on the relatively tiny body. But ASUS didn’t skimp on the specs as the main camera uses the 64MP Sony IMX686 sensor here paired with an 8MP telephoto lens. 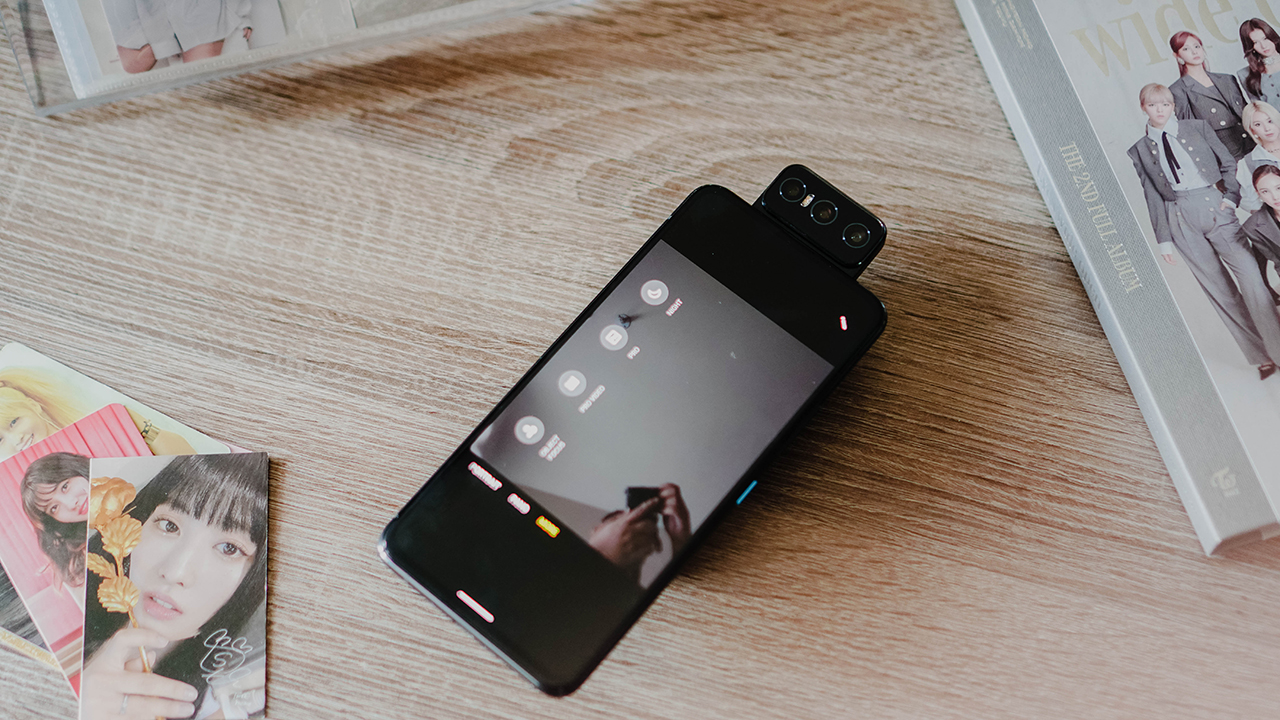 As the name suggests, this is the more party-friendly Zenfone. It features the Flip-up camera module first seen on the ZenFone 6. It has a similar set of cameras as the Zenfone 8, but are positioned alongside each other — that’s 64MP main, 12MP ultra-wide, and 8MP telephoto.

The Flip can sustain up to 300,000 flips which may not sound a lot but ASUS insists that it is. It also doesn’t just go all the way flipped up or down. You can control the angle at which the camera flips.

The display is also Samsung AMOLED but this one lands on the big screen category coming in at 6.67 inches. Instead of 120Hz though, this has a 90Hz refresh rate with a 200Hz touch sampling rate.

By virtue of having a larger body, it also has a larger battery capacity at 5,000mAh. This one comes in only one configuration — 8GB +256GB with support for up to 2TB of storage expansion via MicroSD.

Here’s a quick look at the specs side by side.