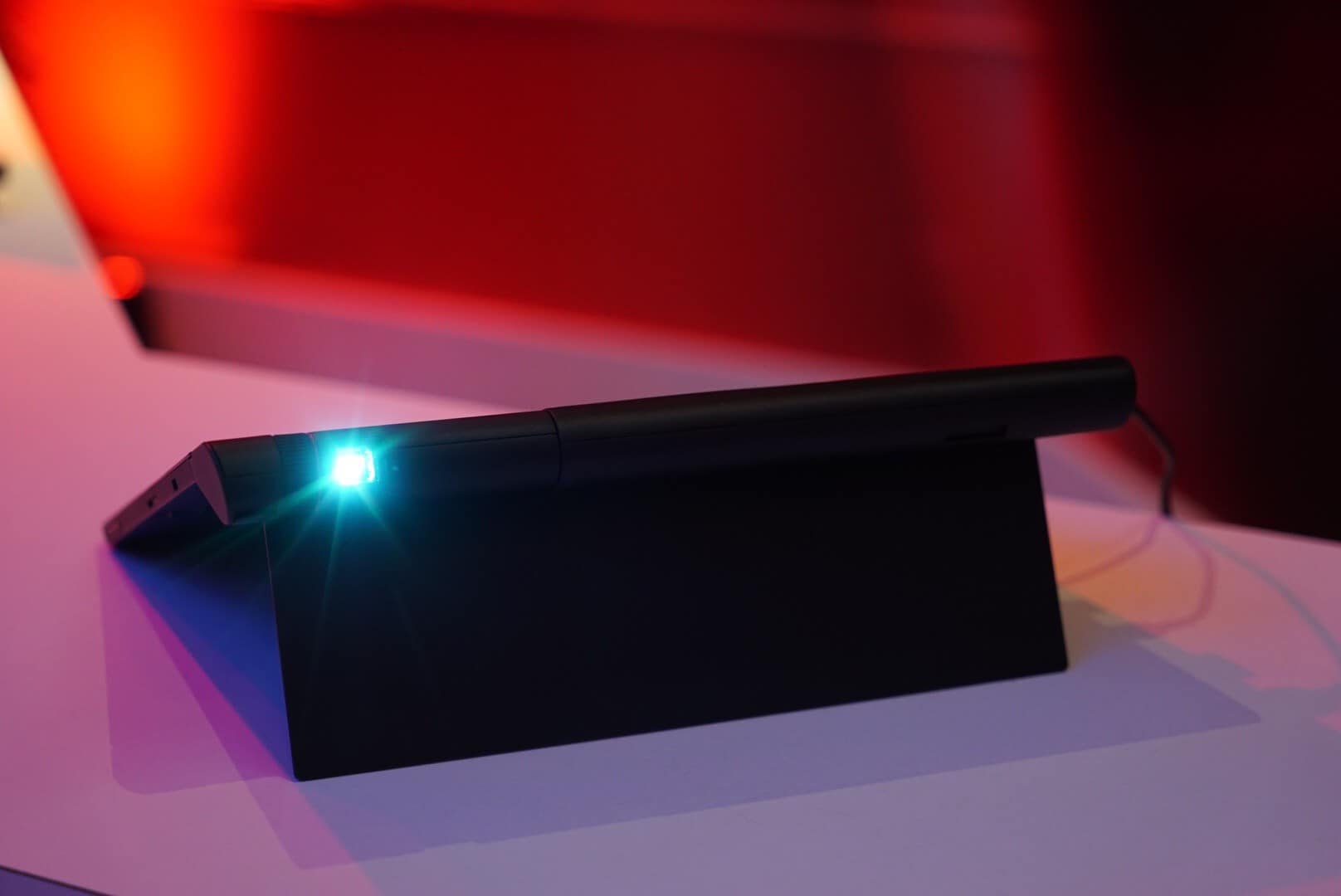 Inside a top secret lab in Tokyo, engineers at the world’s largest PC company are faced with a huge challenge. How do you reinvent the tablet?

With global tablet sales on a decline, the team is burdened with the task of figuring out how to leverage the fantastic multimedia capabilities of the tablet’s bigger screen and supplement its inherent failings as a productivity tool.

The answer, two years in the making, is the Lenovo ThinkPad X1 Tablet.

Part of Lenovo’s creme dela creme, their “absolute best on offer,” the X1 Tablet is positioned as an enterprise device, one that is meant primarily for the workforce instead of everyday consumers. But its design and creation was inspired by the evolving consume – what Lenovo calls the progressive customer, a more demanding set of users, more engaged with technology and with specific needs to match their unique lifestyles.

The new tablet was unveiled this week at the Consumer Electronics Show in Las Vegas (CES 2016), along with an entire range of new top-of-the-line Windows machines. Perfectly timed to follow Microsoft’s release of the Surface Pro 4 late last year, a tablet that set a high bar for Windows 10 powered tablet-laptop hybrids.

The ThinkPad X1 Tablet is just like the Surface Pro 4 albeit thinner and lighter. It sports a 12-inch display, and on its back a kick stand for propping the tablet upright. The full sized keyboard that latches onto the device comes with laptop style keys, a glass trackpad, and in true Lenovo fashion the iconic IBM TrackPoint. 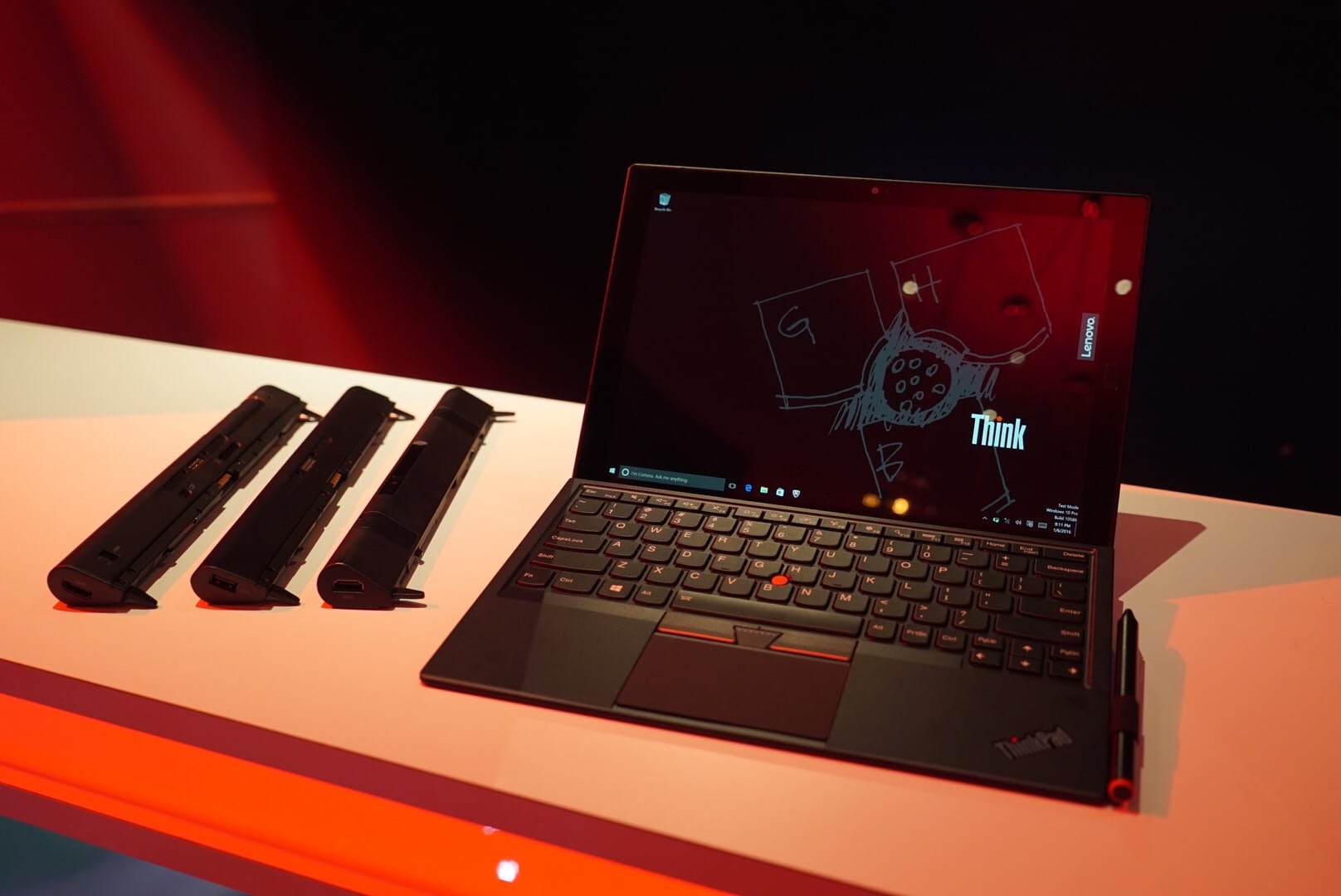 But what sets the X1 Tablet apart, from any other Windows tablet in the market today, is its 3 optional modules.

The productivity module adds 5 hours of battery power for a total of 15 hours of usage plus a host of ports and docking options including HDMI for connecting to an external monitor.

The presenter module comes with a built-in pico projector that can display a 60-inch projection from 6-and-a-half feet away.

And last but definitely not the least is the 3D imaging module which has an Intel RealSense 3D camera for scanning real world objects for 3D printing.

While each module costs extra ($279 for the projector and $149 for the other two) they’ve given the X1 Tablet the leg up over competition, and positions the device as the perfect tool for users who find themselves in various usage scenarios, both at work and play.

The projector module for example is great for both a home movie and an important business presentation. Just imagine a road warrior furiously typing away on a long haul flight, and then when the job’s done, the same work device is transformed into a screen for entertainment.

It’s this user-centered design approach that Lenovo hopes will establish itself as the dominant tablet manufacturer in the years to come.

While smartphones have benefited from major upgrades over the last few years, tablets have almost felt like an afterthought. Take a look at the last few generation of iPads that got finger print scanners and better screens. My 3 year old iPad mini still serves it original purpose, and none of the newer ones have presented me with a significant enough value proposition to upgrade.

Behind closed doors at CES 2016 I sat down with Lenovo’s tablet team who told me their challenge is to inspire demand. While most vendors are recycling, Lenovo’s fresh take on tablets is turning heads.

Here in Vegas, their Yoga Tab Pro 3 is the recipient of the Best of Innovations Award in the tablet category, and deservedly so. While most 2015 tablets were about better screens, or different aspect ratios, the Yoga Tab Pro 3 has features that elevate the entertainment experience. An Android tablet, with a built in video projector, and four Dolby Atmos speakers.

I stream a lot of content from my devices to my TV these days, I’ve been mulling over the idea of getting another one for my bedroom. A few days back I caught myself propping up my laptop as I lay in bed watching YouTube videos. I had done so for a good 15 minutes before I realized it. But following my reacquaintance with the Tab Pro 3, I’m convinced it’s all I really need.

With the lights off in the middle of a huge conference room, the tablet was blasting audio in virtual surround, like it were coming from pretty decent speakers, and on the ceiling, bigger than the biggest flat TV screen I can afford, was a movie with crisp imagery and vibrant colors. YouTube viewing from bed will never be the same.

The tablet team says consumers can expect another tablet geared with “light productivity” in mind. While their lips are sealed on a delivery date, they pretty bold about what’s to come, “amazing products that will totally rock the world.”

This is the most innovative tablet we’ve seen in a looong time. #LenovoCES

Posted by GadgetMatch on Friday, January 8, 2016

There has been absolutely no shortage of new technology we can all drool over. Some are cute, some quirky, while others are attempts to make your everyday things smarter.

END_OF_DOCUMENT_TOKEN_TO_BE_REPLACED 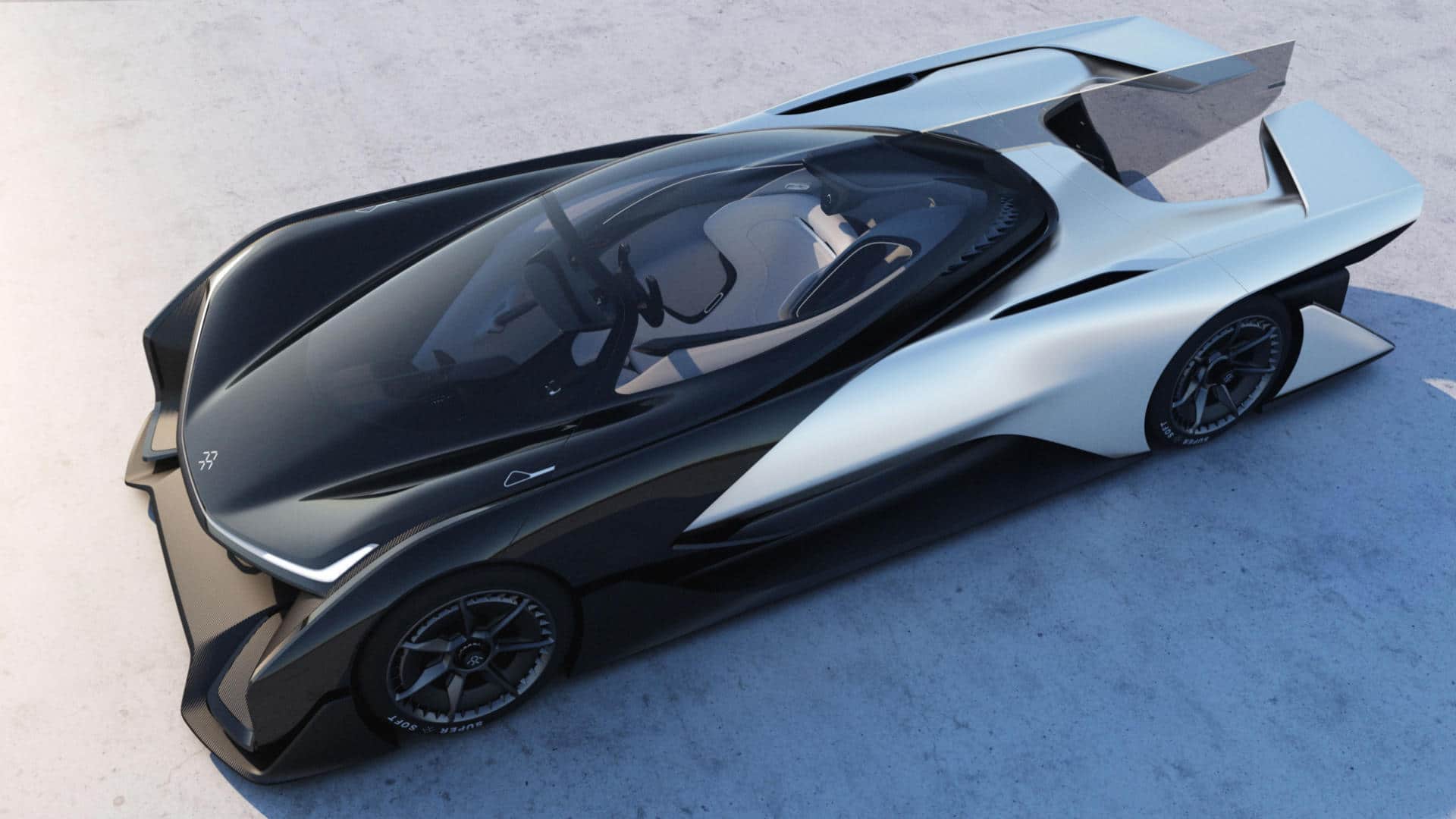 Heading into CES 2016 we knew there was going to be a lot of new tech for automotives. True enough, there hasn’t been any shortage of car tech whether it’s already functional or something that could possibly hit the road in the future. END_OF_DOCUMENT_TOKEN_TO_BE_REPLACED