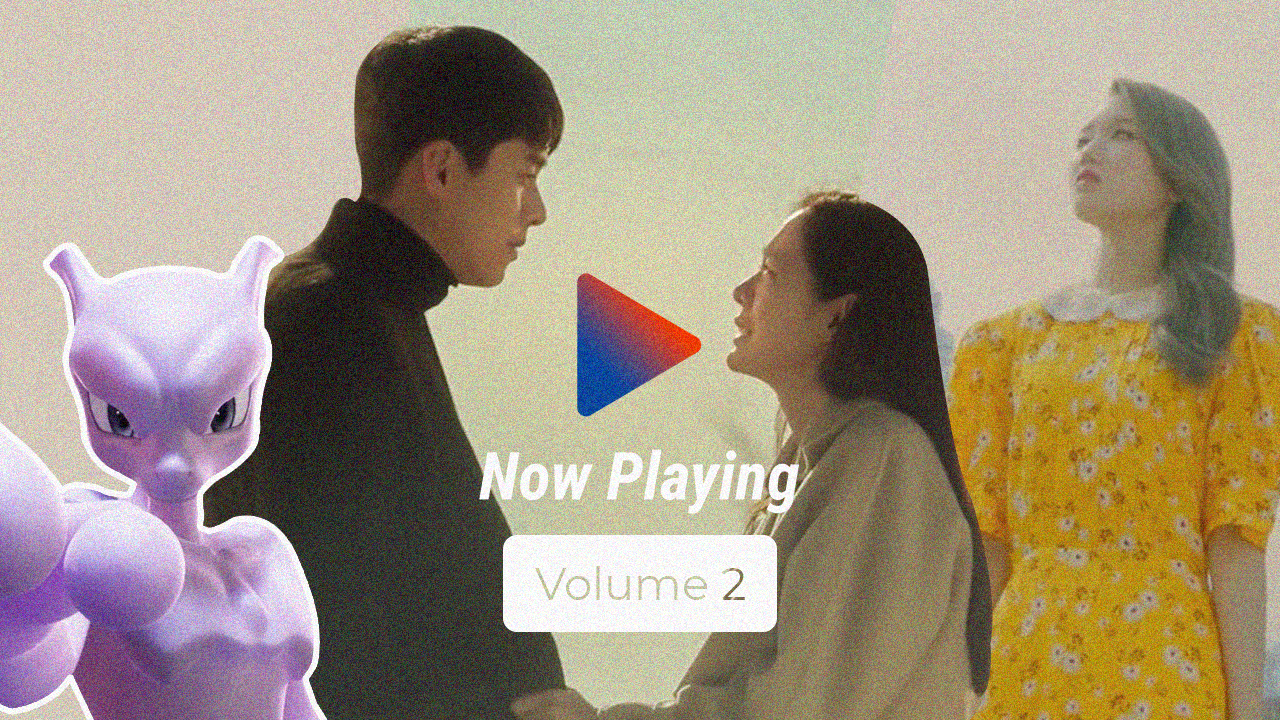 The GadgetMatch team have been really busy. Samsung unpacked two new galaxies, and Mobile World Congress’ cancellation due to the coronavirus outbreak led to a series of smartphone launches. Despite the sudden barrage of events, we made it a point to take a break and relax. Here’s what’s Now Playing at GadgetMatch.

Gab: The moment it dropped on Pokémon Day, it’s a sure watch. There’s nothing entirely different from the 1998 version in terms of the story, but this Netflix-exclusive version was just a visual experience on its own. Ash, Misty, Brock, Pikachu, Togepi, and all their partner Pokemon got a massive HD rendition and it’s all just adorable. For avid Pokemon fans out there, this will spark some much-deserved nostalgia, especially an HD version of that heart-stopping moment in the movie. You know what I’m talking about.

MJ: Raw, honest, and emotional — Miss Americana reminisces Taylor Swift’s journey to stardom. It tackled how lonely it was to be on top, with no one to share your victory with. Swift also showed a glimpse of her vulnerable moments, life-changing opportunities, and chances of redefining herself and the way she sees love and praise. Swift, in this documentary, felt like she’s just one of us — fragile, pregnable, and most of all, human.

Nissi: The movie does not bring out any of DC Comics’ household names — no Batman and, remarkably, no Joker for that matter — but it has a smart script, enthralling performances and plenty of eye-catching action. It brilliantly captures a gaudy, grubby sense of place, part Gotham City, part the sparking trash-fire inside Harley Quinn’s deranged mind. The focus on one of DC’s most fascinating characters — along with The Huntress, Black Canary, Renee Montoya, and Cassandra Cain — ensures that it continues Warner Bros.’ winning streak of bombastic comic book adaptations that are unafraid to embrace their inherent ridiculousness.

Rodneil: Missed this while it was showing in the cinemas so I was very glad to finally catch it at an in-flight entertainment. The progression of the story was pretty predictable but the heart, drama, and fantastic cinematography is still there.

Crash Landing on You

Carol: It’s been a while since we’ve had a show that can literally put everything on hold. What got me to watch was how the drama was set in North Korea. It’s pretty difficult to just go there for a visit but maybe this drama can satiate the curiosity I’ve had in my past life as a foreign affairs reporter.

While there’s that disclaimer at the beginning that it’s all fiction, you can’t help but feel for the characters and appreciate the way people survive and fall in love despite risks and the limitations of their situation.

Prepare to swoon, bawl your eyes out, and laugh within a span of 10 minutes. (Scared my dog, really) The chemistry between Captain Ri Jeong Hyuk and South Korean heiress Yoon Se Ri will bring out that level of giddy you thought you already lost as you turned into (what you always thought) was an emotionally-stable adult. Free up a weekend to finish if you’re a seasoned binge-watcher. As someone who made the mistake of starting this on a weekday, believe me when I say this can ruin anyone’s productivity. 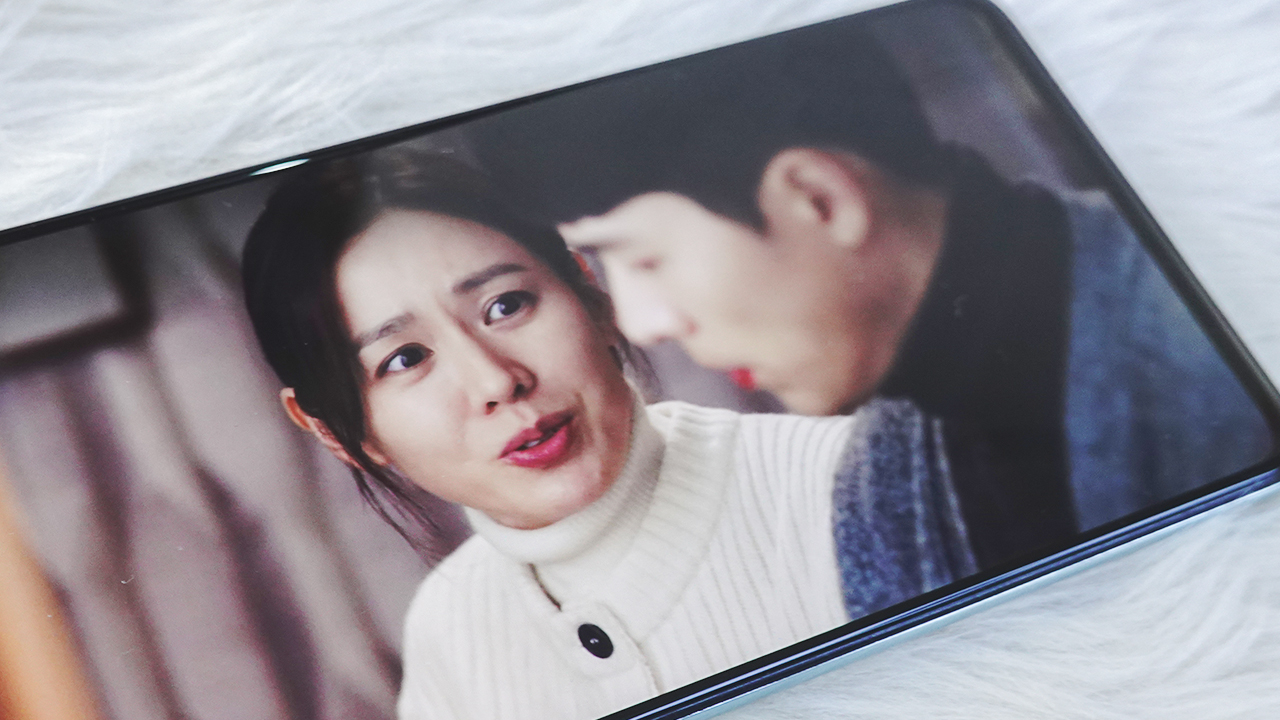 MJ: “It wasn’t a coincidence. It was destiny.” A popular line heard all throughout the series, I highly believe that it was fate that brought me to my obsession with Crash Landing on You. A casual browsing of K-Dramas to watch for a South Korean phone I’ve been reviewing led me to a story of two individuals from North and South Korea.

It was enchanting and magical — how can one show make me laugh, cry, giggle, flutter, and sail through a range of emotions in every episode?

Despite all the waves of feelings you’ll catch, its story hands out lessons that everyone must realize — the importance of having a strong support system, genuine conversations we can have when we’re not distracted, the value of offline connections, and trusting the universe when it comes to finding love. What’s meant to be will always find its way, no matter the distance. 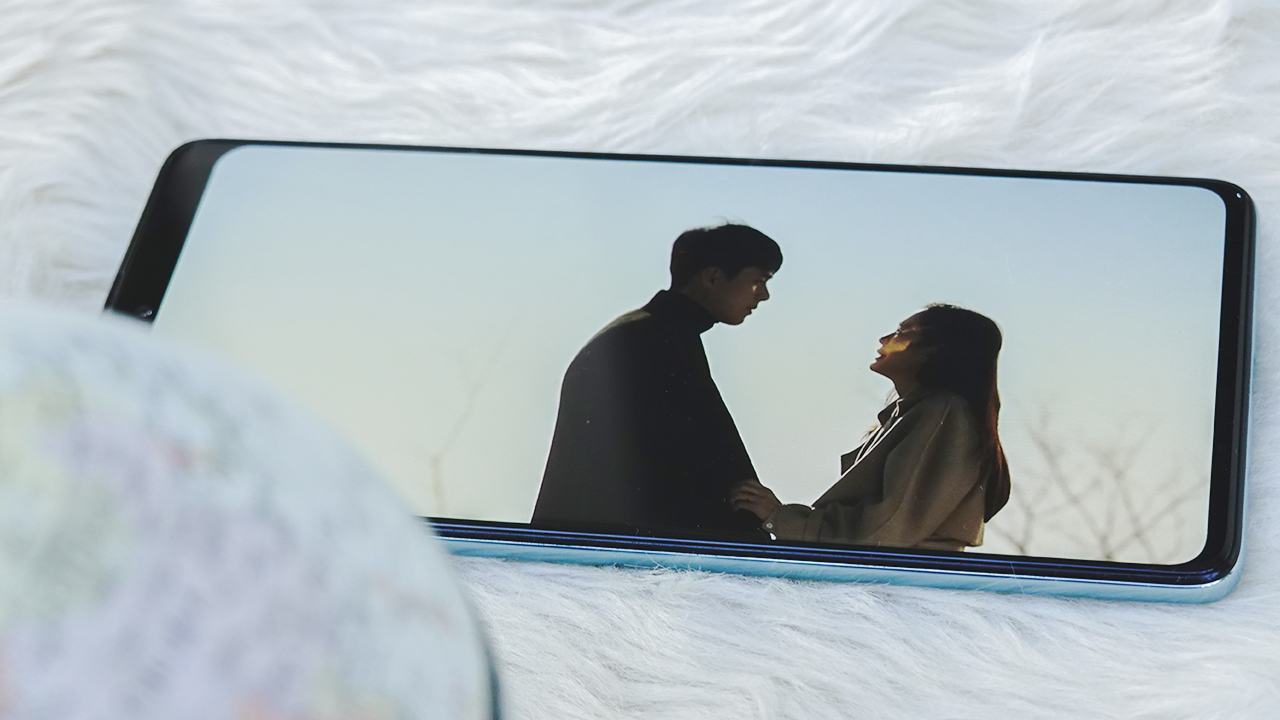 Vincenz: My interest in K-Pop and K-Drama is directly equivalent to how interested I am when it comes to North Korea — specifically watching documentaries. As a fan of 한류 (Hallyu) for more than a decade, I never expected a South Korean network would have so much time and budget for a TV series that talks about serious diplomatic issues between two opposing countries with totally different cultures and system of governance.

One of the things that fascinated me the most is when I saw the recreation of North Korean locations, especially Pyongyang. I can even tell how excellent the cast portrayed their roles just by speaking in the North Korean accent — since Seoul and Busan dialects were already distinct in my ears. This is a must-watch series not just for people who are invested with the cast but to open their minds about deep-seated issues between the two Korean countries that were once united.

“So What” by LOONA

Vincenz: If “Butterfly” was all about women empowerment in a dreamy vibe, “So What” is a stronger complementary title track. It’s all about raising one’s self-empowerment even if it means being reckless. The dominating rap parts, strong choreography, soothing vocals during the bridge part, combined with appealing visuals, cinematography, and post-apocalyptic visual effects may all seem overwhelming but it gives us the message of the song: Women domination.

Vincenz: Dreamcatcher gave us a twist in their “ever-horrifying” concept as “Scream” leans more into EDM instead of rock beats and electric guitar synths. It may just be me but the overall concept somehow correlates with their album title Dystopia considering it’s a new sight that frightens most InSomnias — but not in any way disturbing and undesirable. It’s guaranteed to give you a last-song syndrome!

Vincenz: EVERGLOW never fails to bring catchy songs. Known for their eye-catching visuals and powerful choreography, their latest girl crush title track — which is a stylized form of the word “done” — has then captured the eyes, ears, and even hearts of many listeners and viewers. Combined with the message of someone being done, you’ll surely freeze upon hearing their vocals.

Rodneil: The song feels like a throwback to the music that I listened to a lot while growing up. It’s a nice and light listen. Additionally, the video is a continuation of a story that the band’s music videos have been trying to tell since they’re 2015 song “Sila.”

Rodneil: Kobe Bryant’s untimely passing along with his 11-year-old daughter Gianna and seven others had the entire sports world mourning. In this podcast, Kobe’s long-time backcourt partner Derek Fisher pays tribute to the “Black Mamba.”

Rodneil: This is a game perfect for creatives. Anything you can think of, you can probably create. From games to gadgets, music to movies, puzzles to paintings and literally anything in-between, this is a beautiful playground of creativity where everything is possible. It’s fun, colorful, and a nice game to take a break with.

Gab: If you literally want a blast from the past while trying to relax, a remastered Patapon 2 may just be for you. This PlayStation Classic brings back the drumbeat style gameplay, 2D armies, and villains but turns up the enhancements so much. If you need to take a break from any possible heartbreak, or you just want to feed your soul with some beat-making, try it out!

One Punch Man: A Hero Nobody Knows

Rodneil: The only reason to get this game is if you’re a die-hard One Punch Man fan. Other than that, it seems to be the usual 3D arena fighting game from Bandai-Namco. Yes, you get to create your own “Hero” and level-up through various missions but there’s nothing groundbreaking here. However, none of that takes away from the joy of playing your favorite One Punch Man characters. And yes, Saitama can show up and finish battles with one punch.

Bonus: If you don’t want to play, the first season of the animé just became available in Netflix PH.

Rodneil: This is easily one of the most anticipated games over the last five years and with just a month away from its official release, Square Enix finally releases to the public a demo of the game. I have no doubt in my mind that fans will be spending a better part of the month playing and replaying this demo! 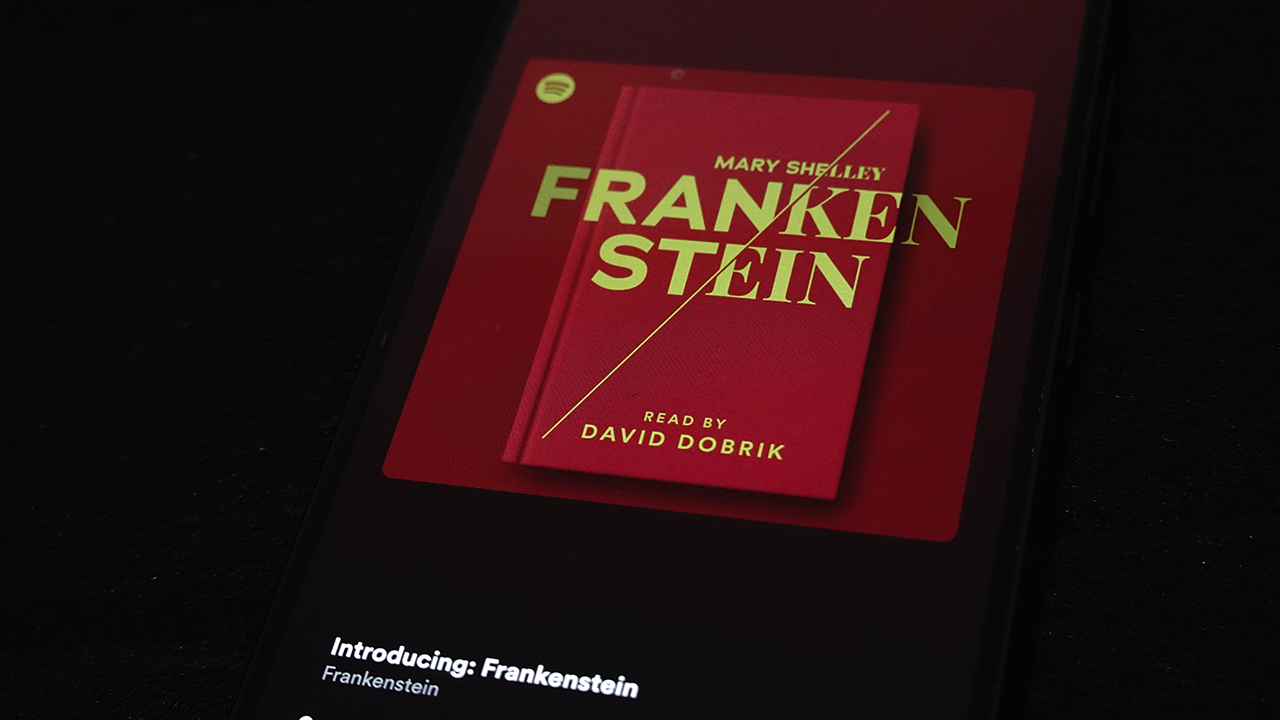 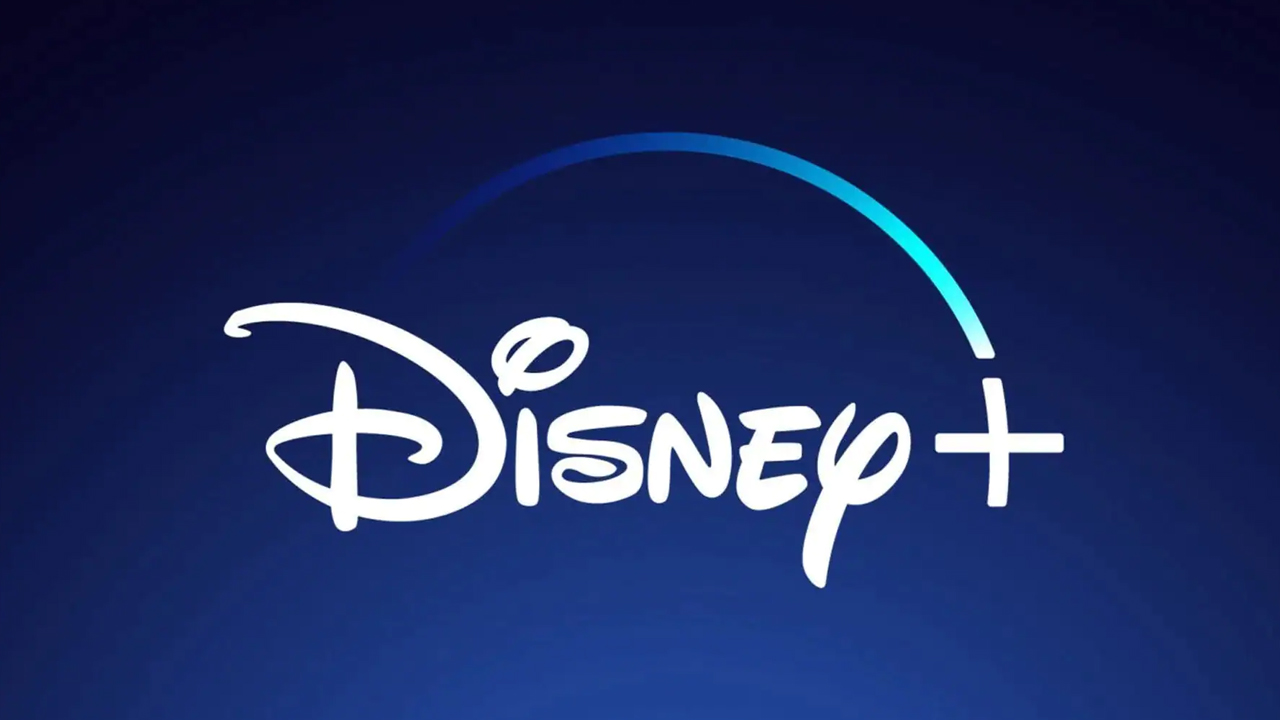 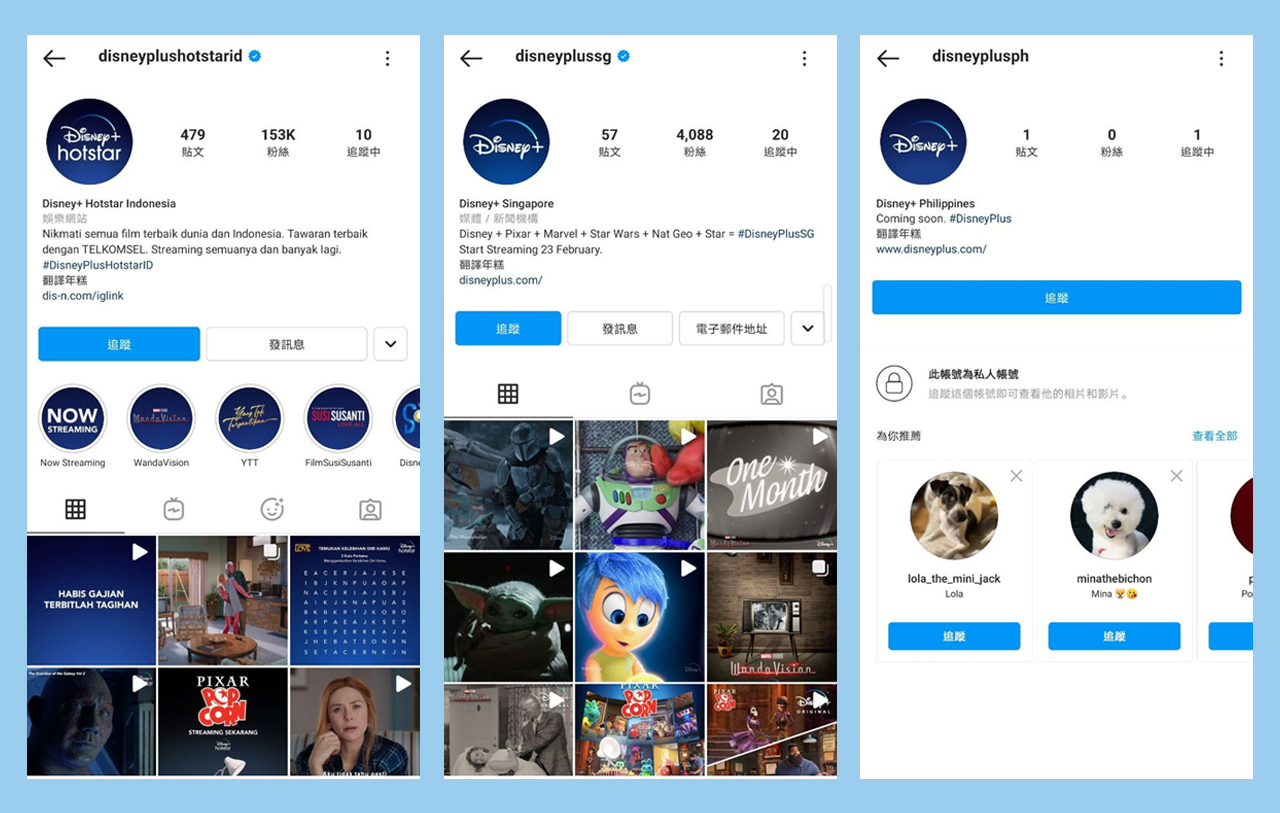 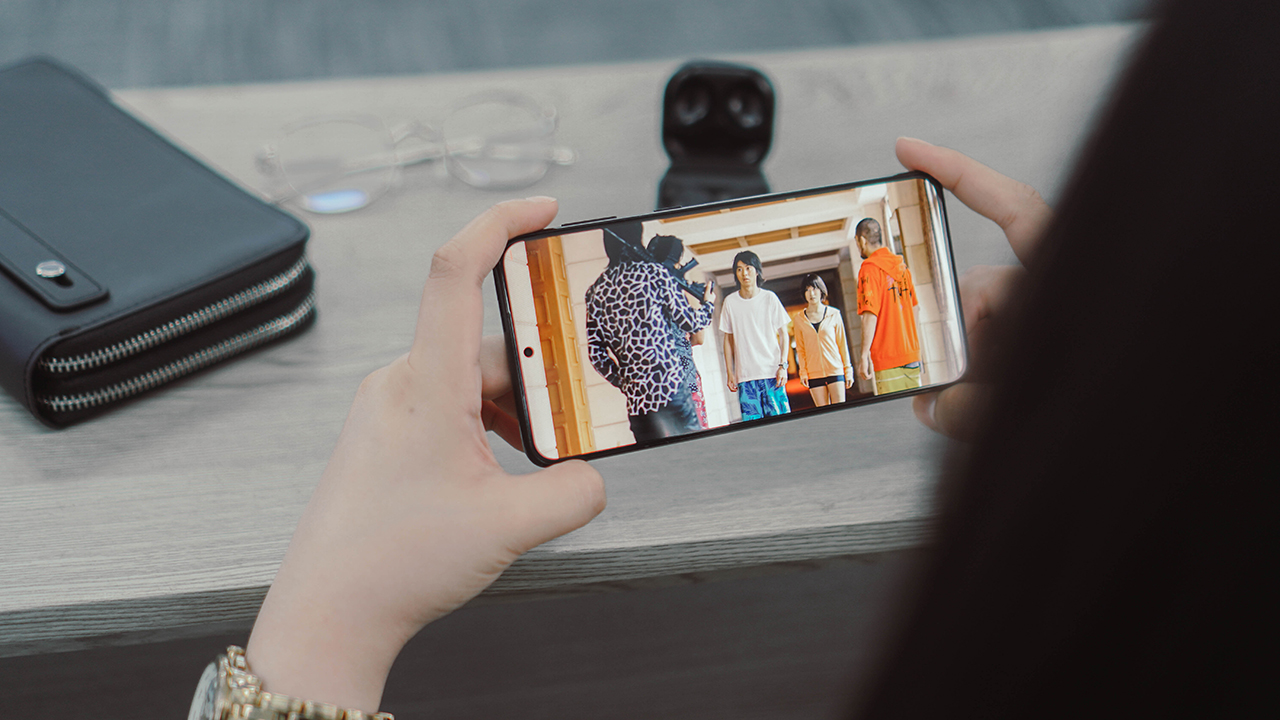