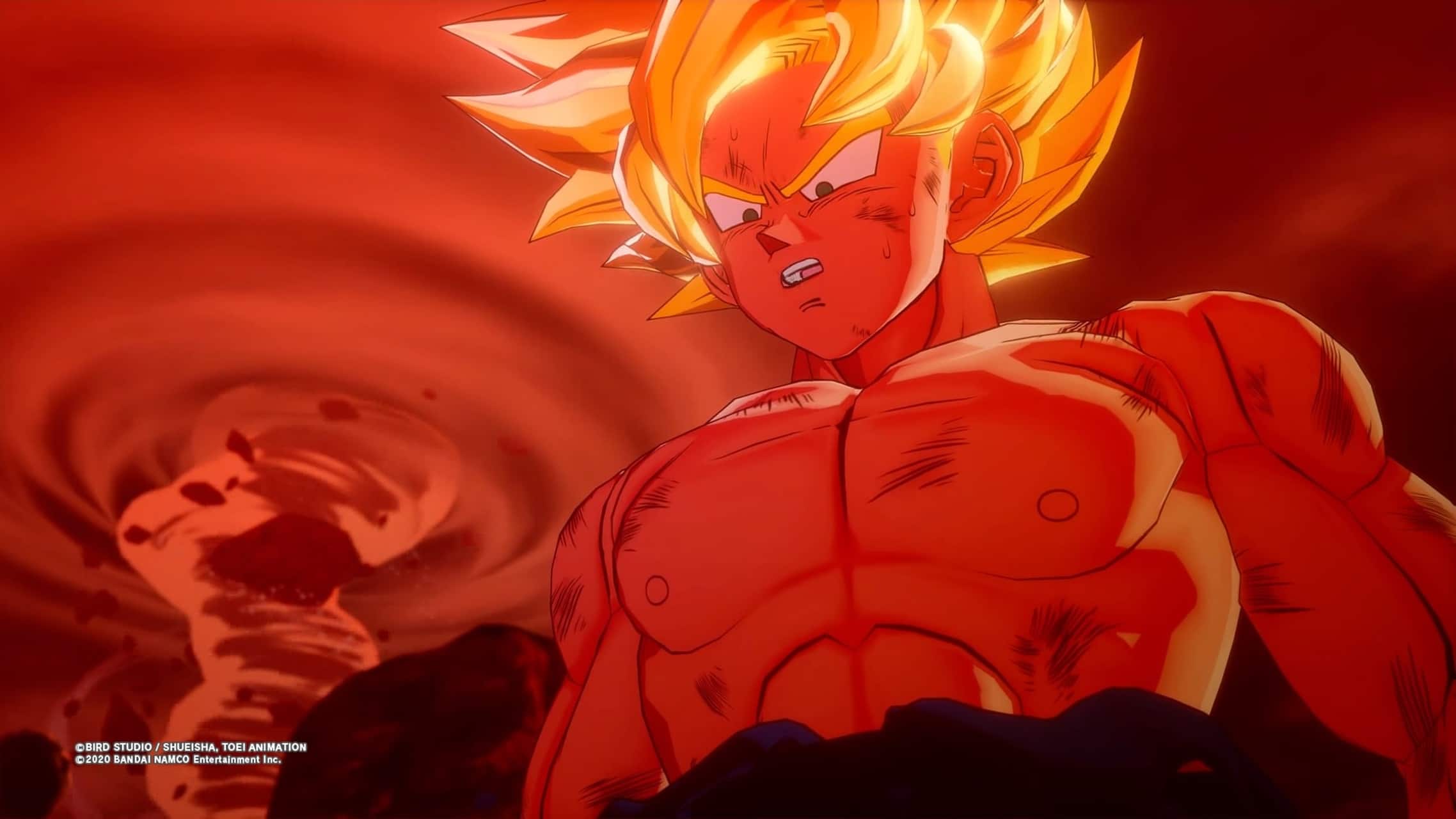 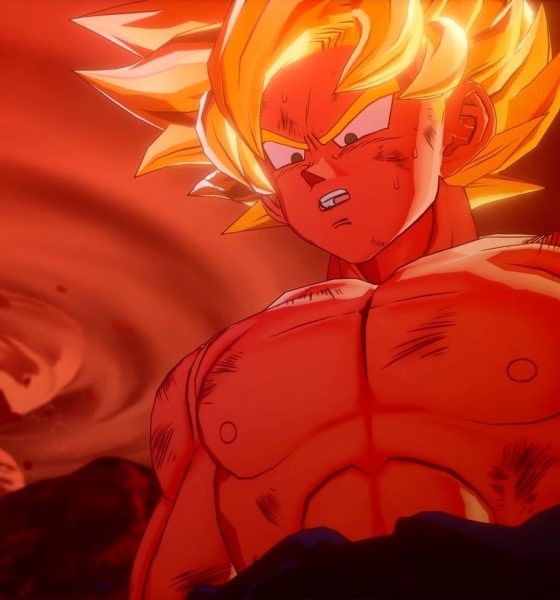 A kamehameha that deals damage, but doesn’t finish the fight

Growing up, I have always wanted to be a Super Saiyan. Dragon Ball Z: Kakarot, through a video game, has afforded me that experience.

In case it’s not clear from that first sentence, I am absolutely a Dragon Ball fan. That’s precisely why there’s plenty about this game that appealed to me. However, if you’re only vaguely familiar with the generation-defining anime then this might not be for you. 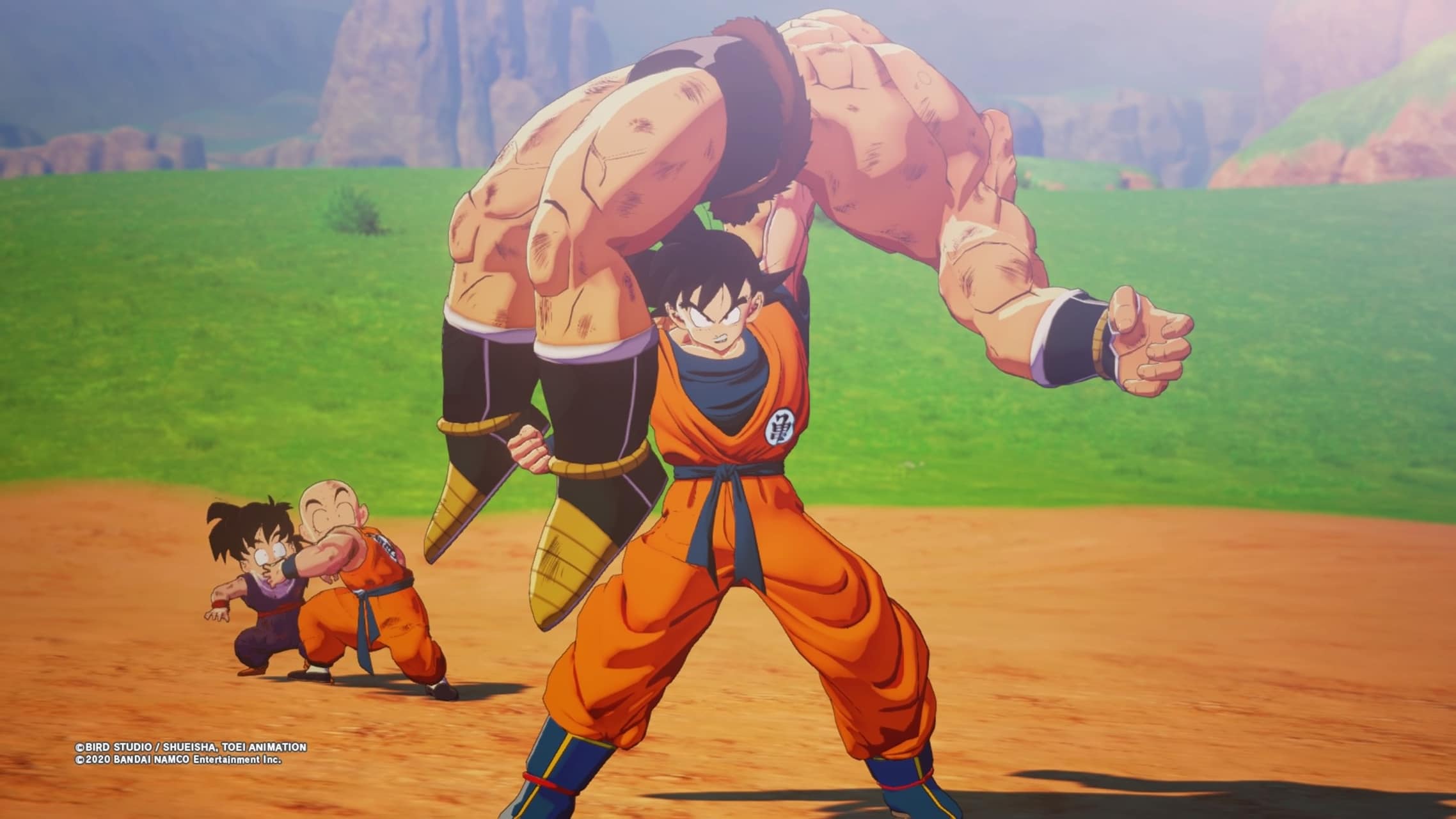 Goku to the rescue

The staple role-playing game (RPG) elements are present but something about this game makes it feel like it’s not a full-pledged RPG. Regardless, it’s still a fun game with a heavy dose of fan service.

Flying aimlessly as Son Gohan was an extremely satisfying experience for me. Yes, Gohan. He’s my favorite character. He’s also the son of the titular character Son Goku who’s Saiyan name is Kakarot. 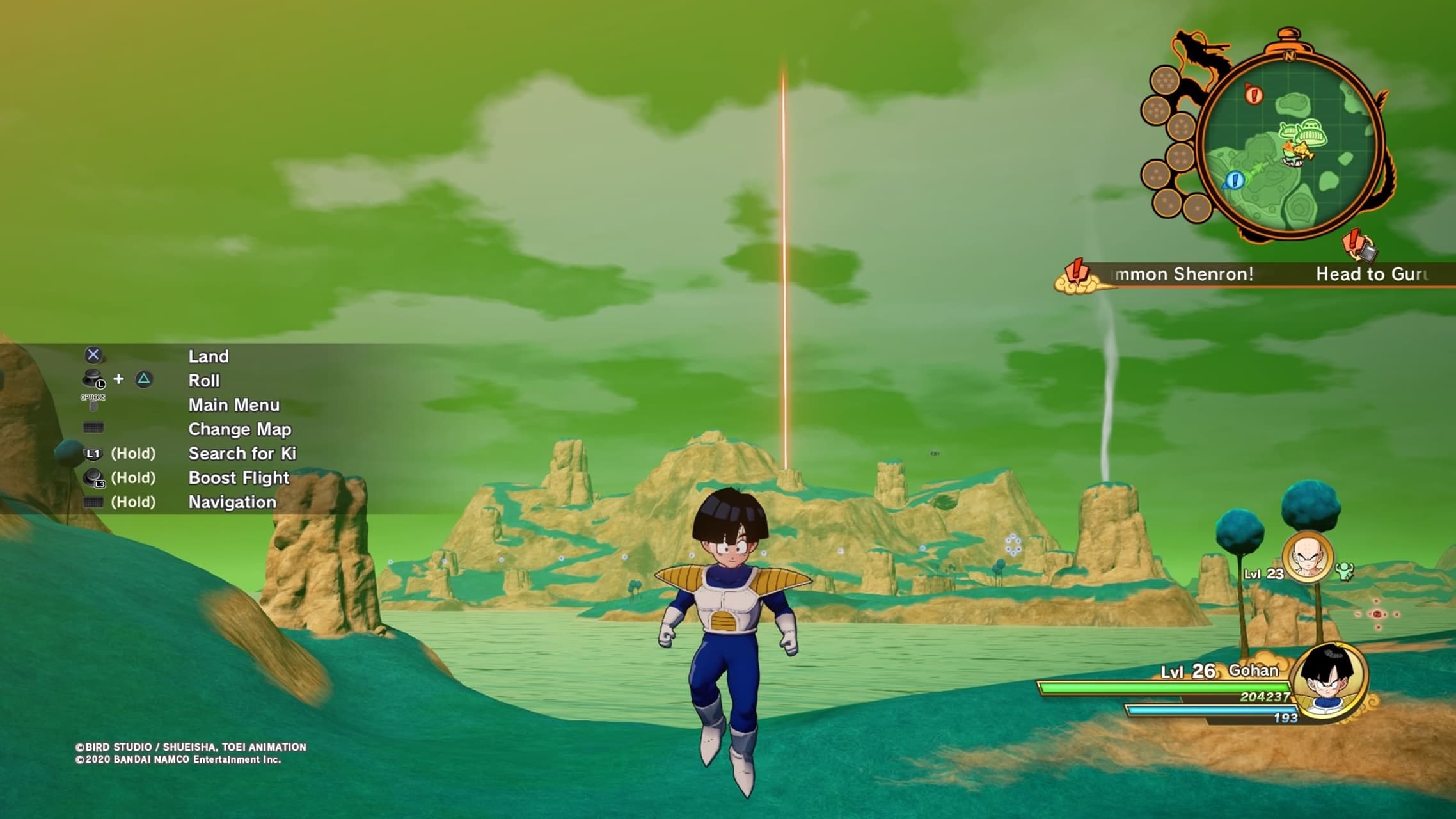 The less spectacular parts of the game — which include a bit of free roaming, collecting orbs, and substories that were mainly fetch quests or quick battles — would not have been enjoyable if this hadn’t been about Dragon Ball.

The flying doesn’t feel fluid. But it made up for it with the sheer fact that I got to fly around as the heroes from my childhood. I was so giddy to find out little details like how far is the Sons’ house to Orange City where Gohan went to school, as well as where the Kame House is in relation to Capsule Corp and West City were. 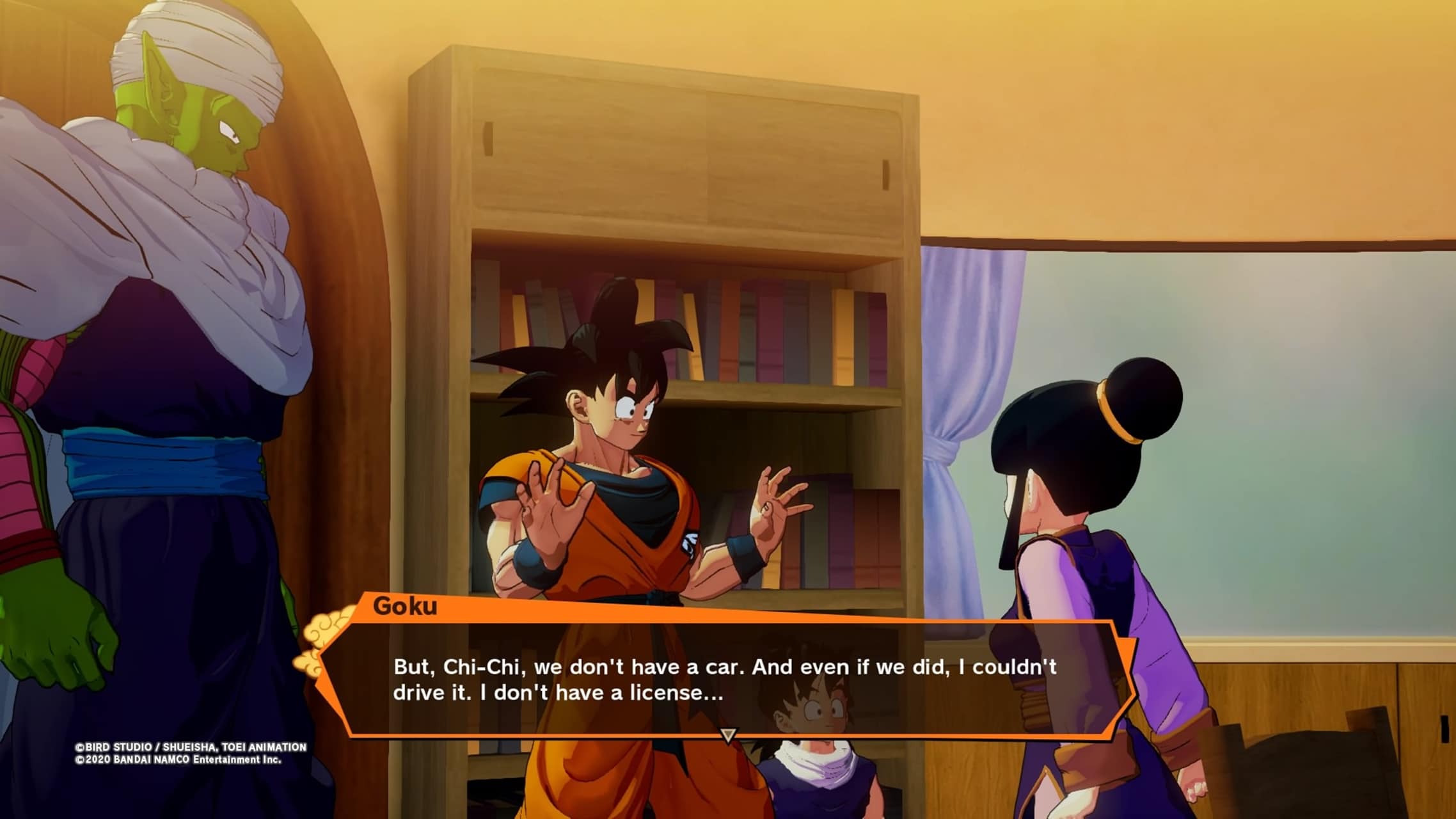 The infamous car-filler episode is in this game

Going around the world of Dragon Ball and interacting with its side characters were such a fun experience for me. The game itself is already one huge nostalgia-trip, but as you free roam, you’ll also find orbs that tell quick stories from episodes of the original Dragon Ball series. This piles on the nostalgia even more.

Speaking of free roaming, scattered all around the world of Dragon Ball Z: Kakarot (DBZ:K) are the Z orbs. These orbs come in different colors and all you’ll spend them on unlocking your characters’ skill tree.

The skills are divided in attacks, know-hows, and transformations. Some skills will be unlocked as you progress in the story, while others need to be learned by collecting D Medals that you then spend on training grounds to learn new skills. 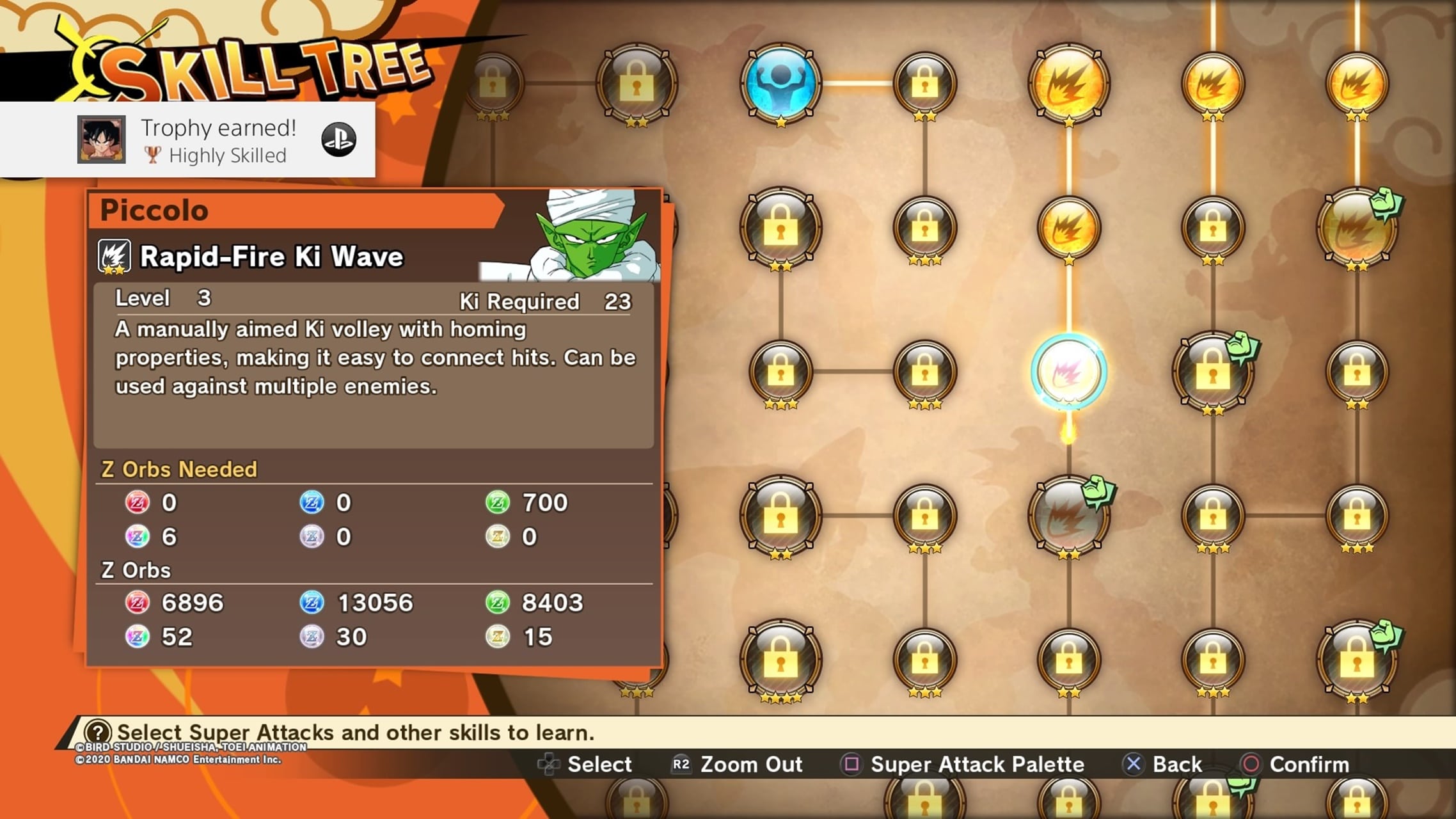 On combat itself, if you’ve played any game from the Naruto Ultimate Series, then the controls should be familiar. There’s a combination of melee and ki attacks, ki recharge, and dodging (which in Dragon Ball standards is really cool AF). 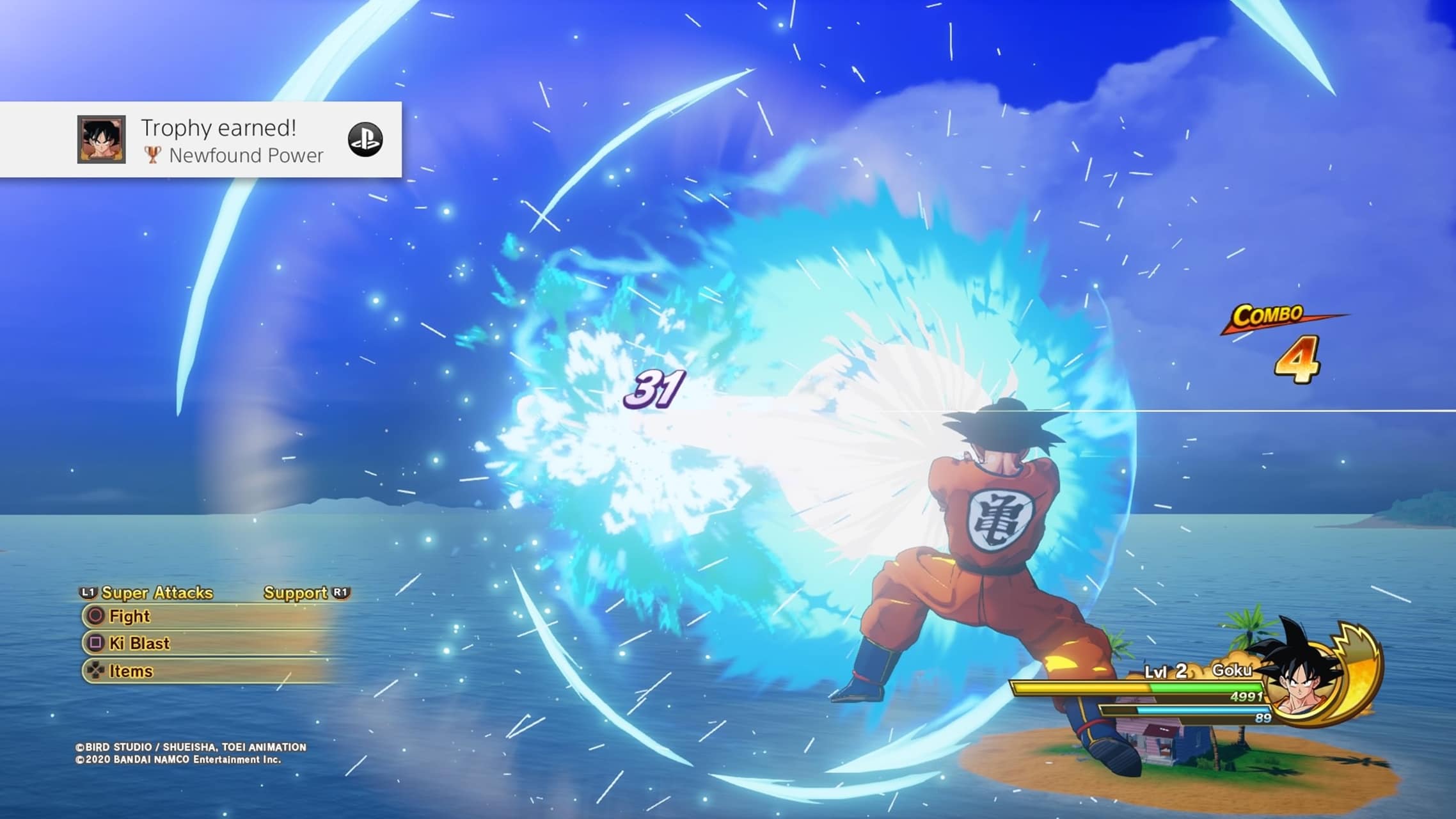 Press L1 and you’ll gain access to your Super Attacks — also a combination of melee and ki attacks. You can customize this to fit your style. Press R1 and you’ll see the Super support attacks. These are only available when you have one or two more characters in your party.

There are enough variations in the boss and story fights to keep combat interesting. The same isn’t true for the random battle encounters. Thankfully, you don’t really need to do many of those because the EXP is almost inconsequential in comparison to the ones you get on the main story and the side quests. 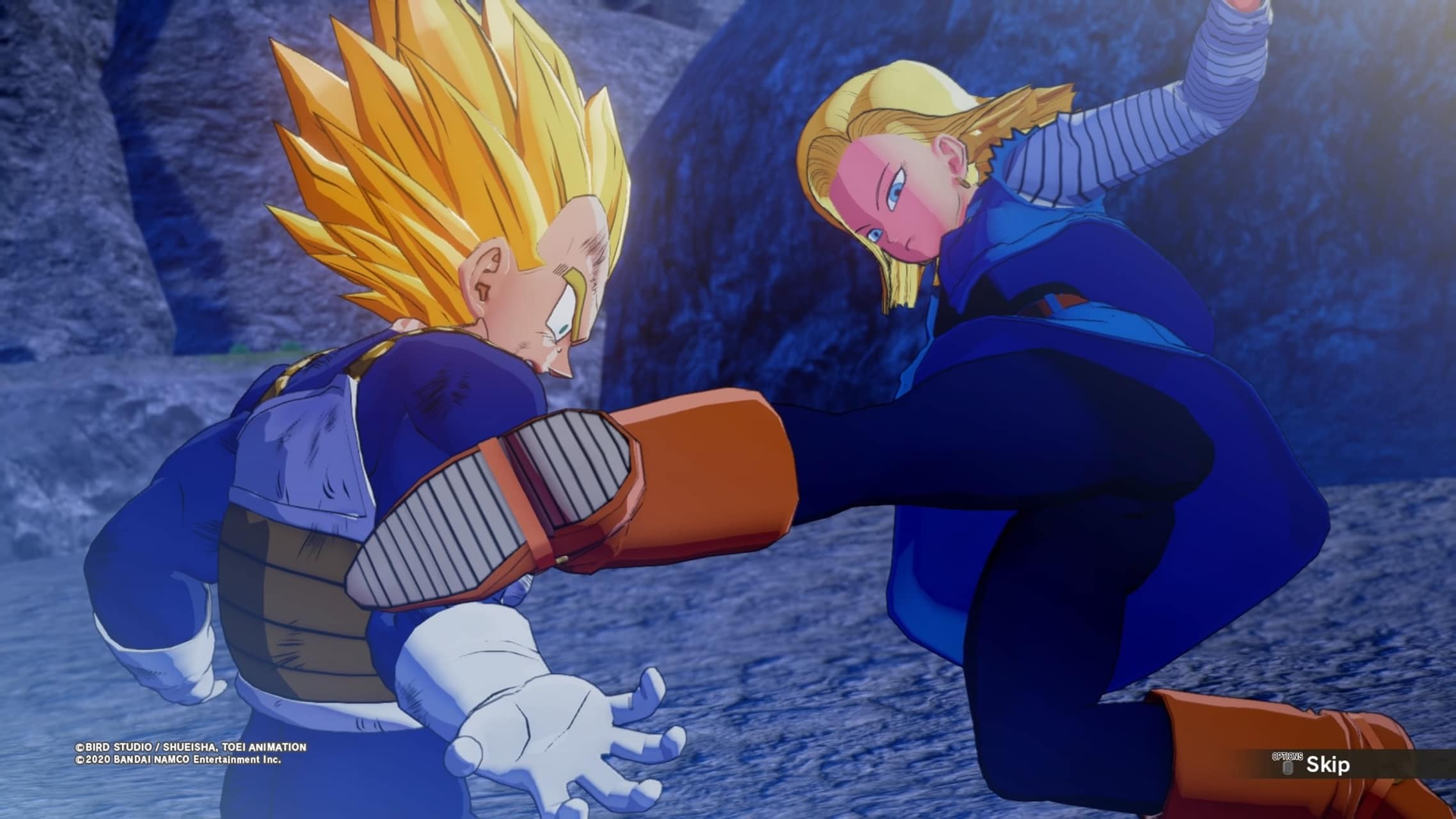 Side quests are fun fillers

The side quests, when broken down to its basic structure, is nothing more than fetch quests. But it was still fun because you get to meet all the other side characters both from Dragon Ball and Dragon Ball Z.

It’s also important that you jump into the side quests as soon as they appear. Each one provides a significant amount of EXP. It’s true that just going through the story itself will net you enough EXP to finish the game. But having a few extra is never a bad thing and helps going through enemies a lot easier. 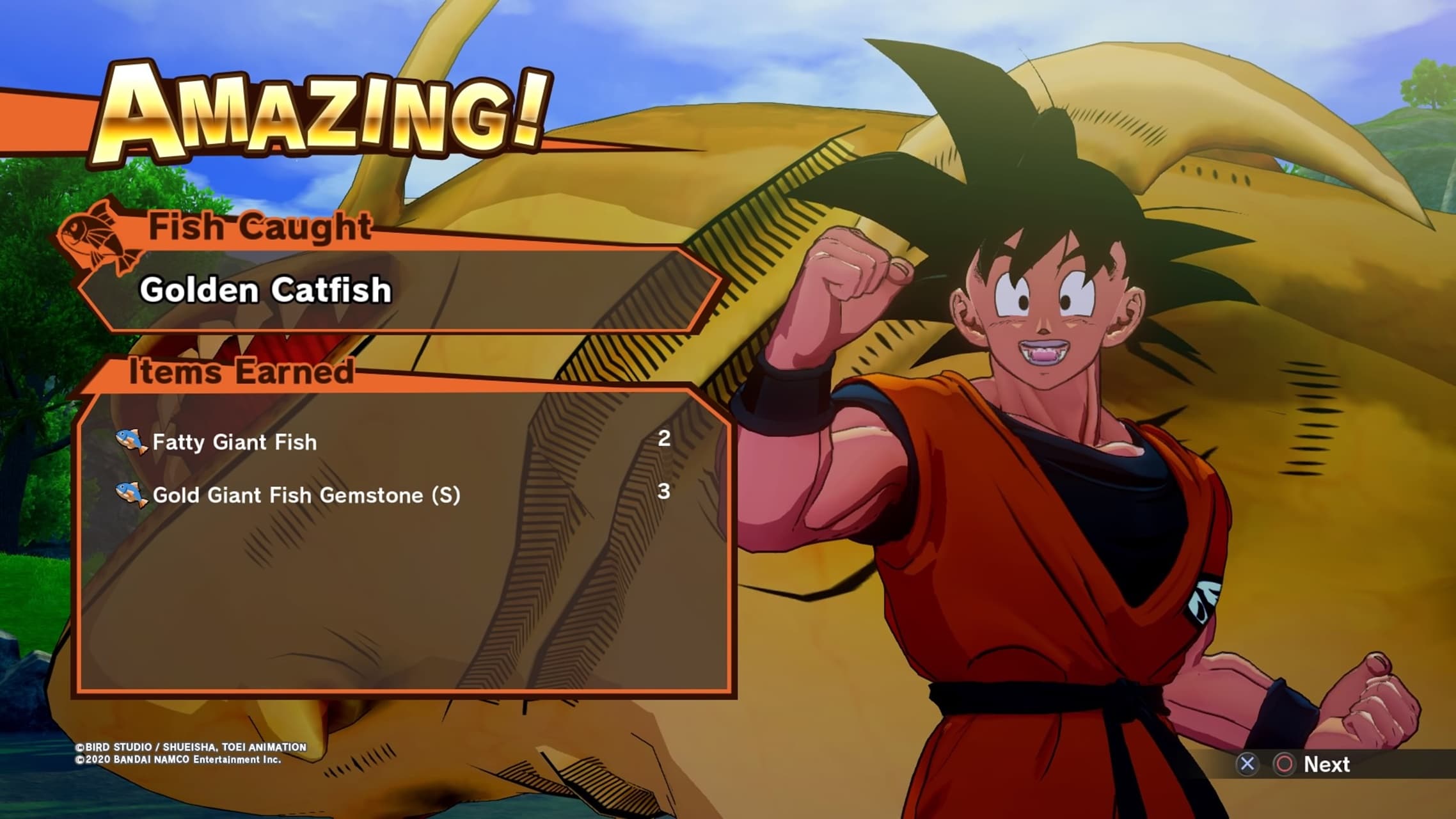 There are also portions of the game where you get to collect the Dragon Balls and make wishes that range from bringing back old foes to life so you can fight them again for EXP boosts, to wishing for more Zeni (money in this game), Z orbs, and rare items. 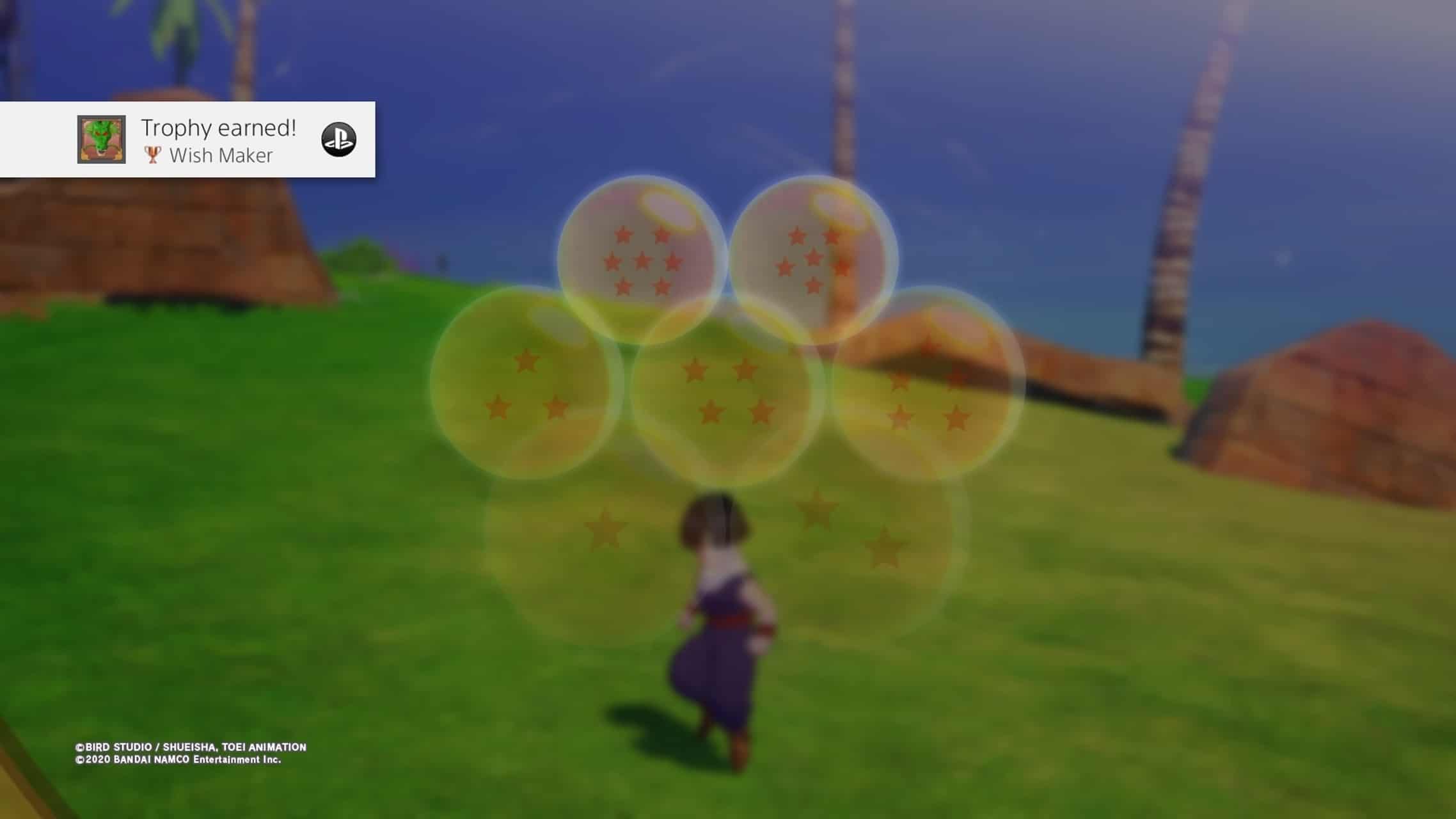 Seeing the iconic moments of the series recreated in DBZ:K was such a treat. It reignited whatever emotional connection I had with the series. That’s especially true since a lot of these moments I saw when I was still just a stupid kid screaming my lungs out trying to turn Super Saiyan. 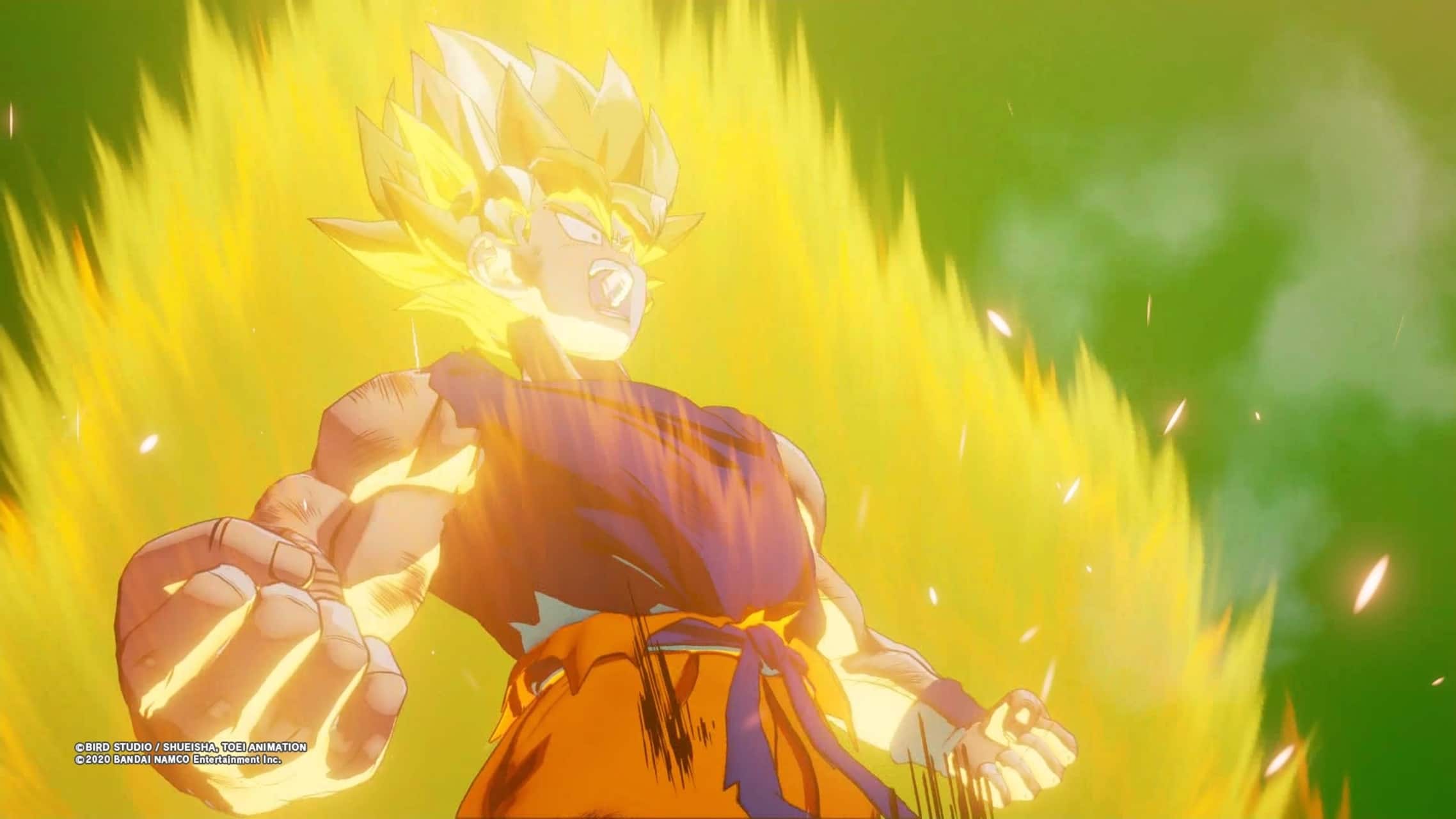 I was primetime viewing for us back then and nearly everyone I knew watched the series. I still remember how our Taekwondo instructor told us to not worry about missing a particular episode because Gohan isn’t turning Super Saiyan yet. I also remember how a friend was disgusted with how Frieza skewered Krillin. And then there’s how my basketball buddies and I crashed a friends’ place just to catch the latest episode after we’re done playing. 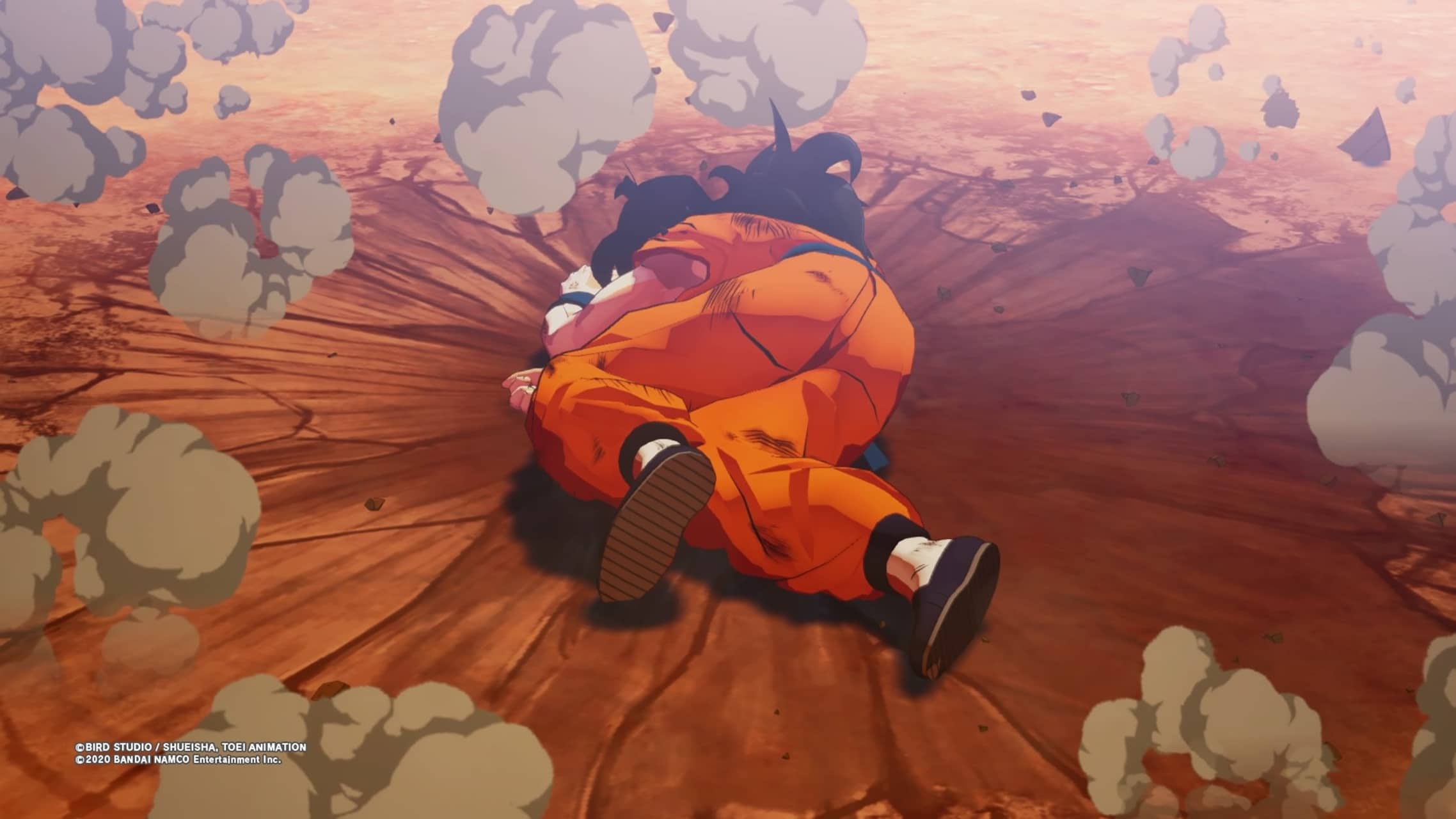 So many memories recreated wonderfully with some additional details. There are even a few easter eggs that plenty of hard core fans will spot. For instance, there’s a quick part that has something to do with Launch and you get this scene. 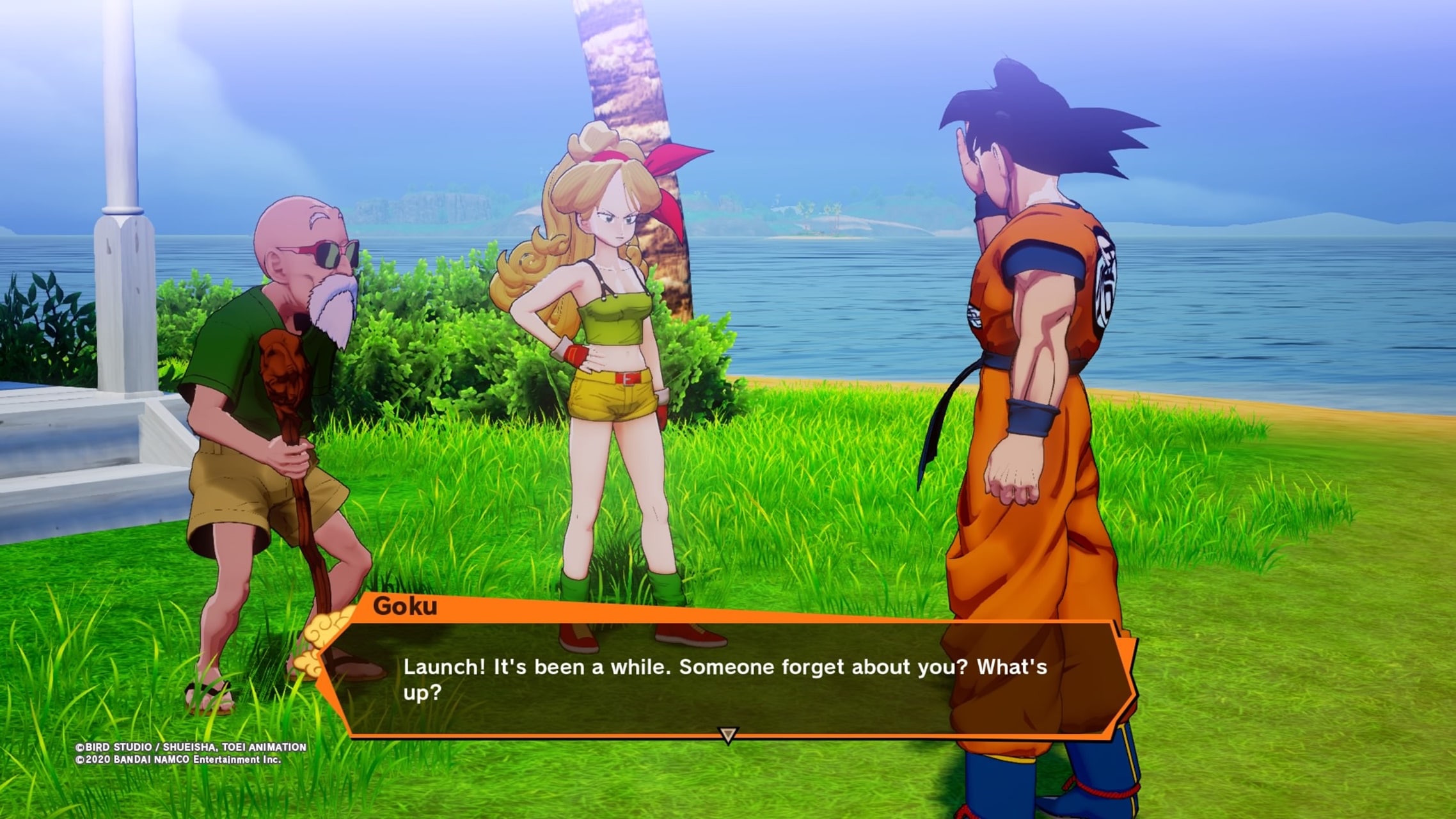 The game is aware of Akira Toriyama’s memory gap

Launch is a character that was introduced in the original series but was noticeably missing in DBZ. When asked later on why she was barely present, Dragon Ball creator Akira Toriyama said he simply forgot about her. It’s little details like these that I’m sure hardcore fans will appreciate.

There’s no denying it, Dragon Ball Z: Kakarot is the ultimate fan service video game. As an RPG, it’s… alright. There is nothing here that’s ground-breaking and some aspects of the game need improvement. 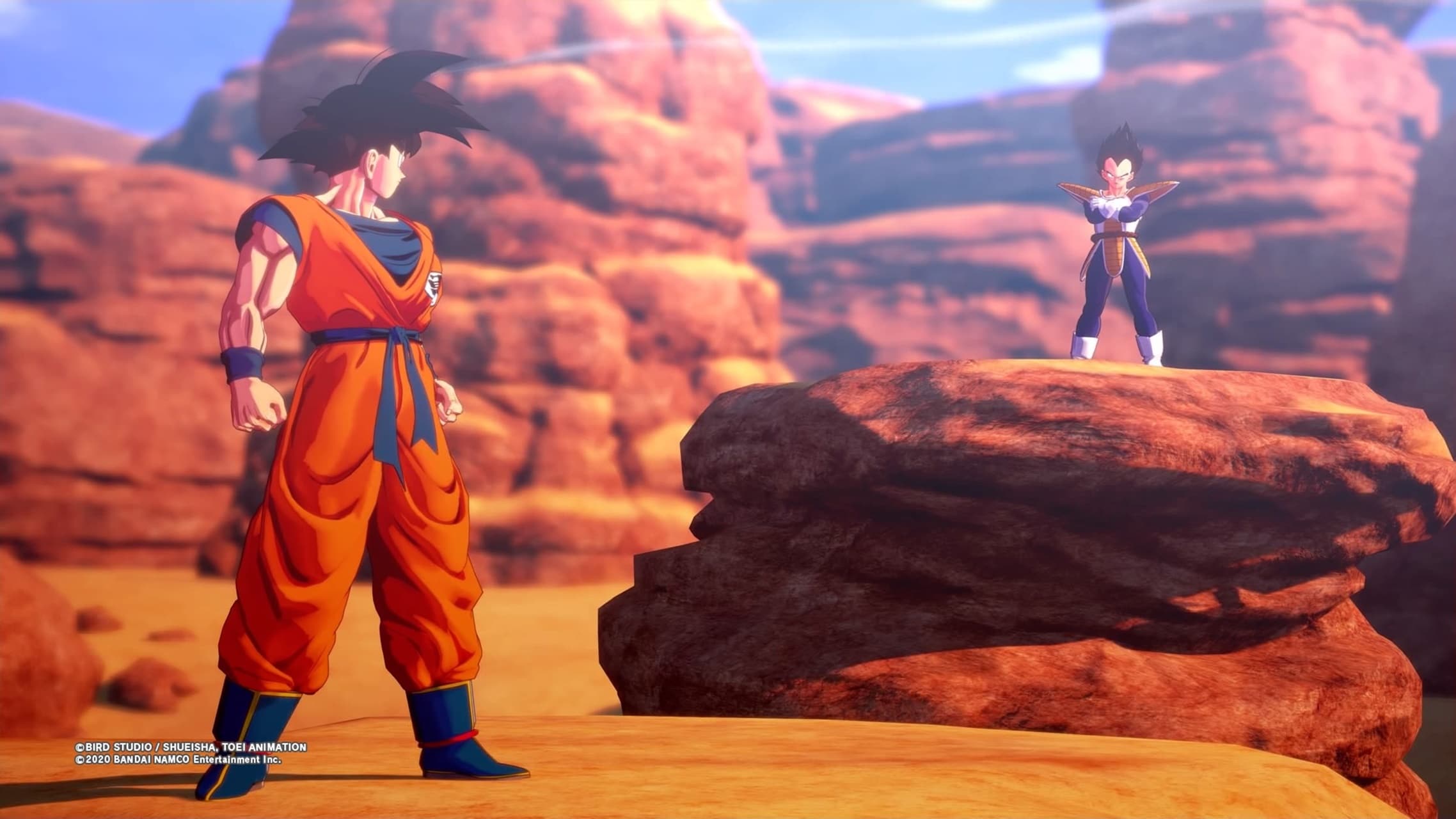 Regardless, it still makes for a very enjoyable experience for DBZ fans — which I suspect is a massive number of people given how Bandai Namco is able to come out with a new game almost every year. 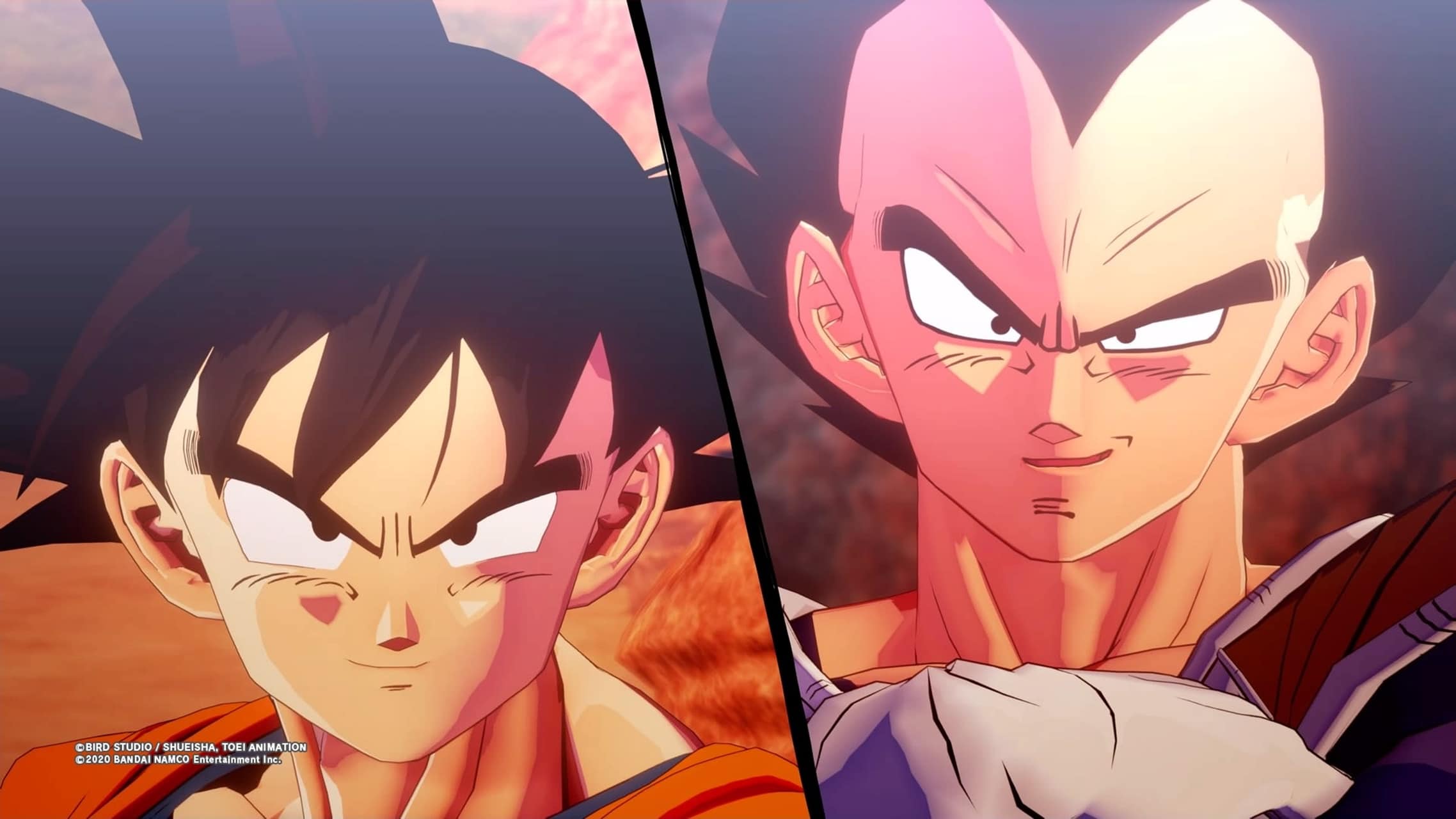 If you’re curious about Dragon Ball and are only vaguely familiar with it, then this might not be for you. But for hardcore fans who can’t get enough of this cultural phenomenon, this game is like getting hit with a Kamehameha of fan service.