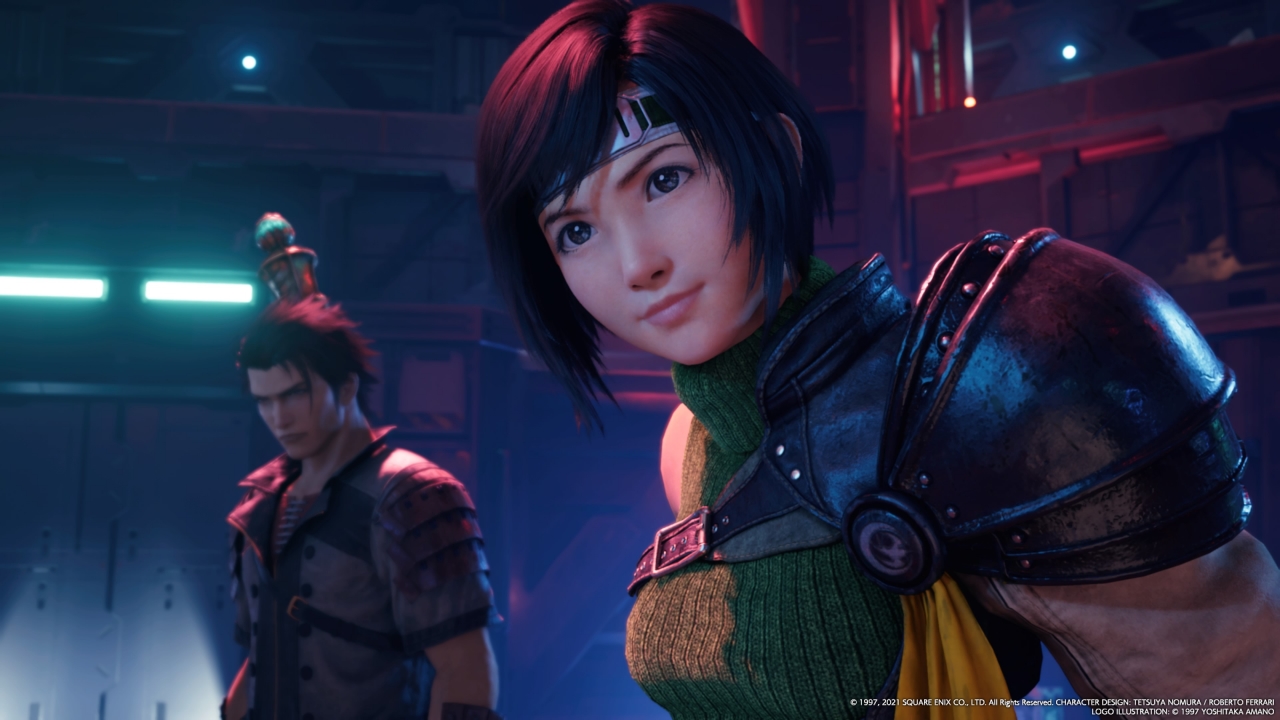 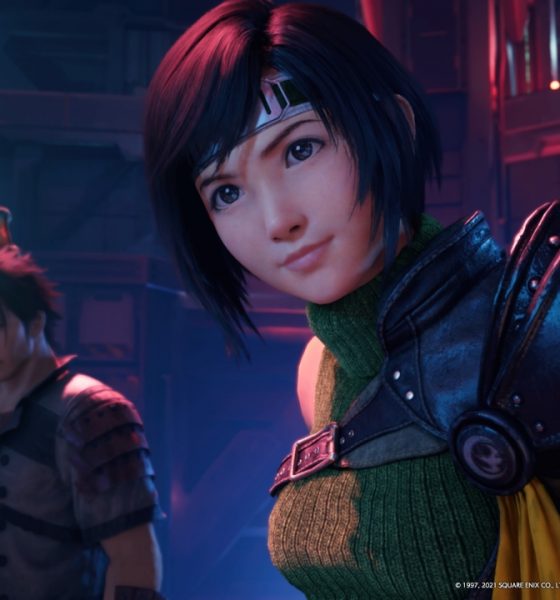 The Yuffie Episode INTERMission DLC has two chapters featuring Yuffie, a bunch of new characters that are also part of Avalanche, as well as your companion for this game — Sonon Kusakabe.

Yuffie appears in FF7R much earlier than she did in the original game. But as everyone who’s played the game has already known, this is not like your other remakes.

INTERMission DLC sees Yuffie arriving in Midgar long before she meets Cloud and the rest of the gang that blew up Mako Reactors 1 and 5. Notably from the Wutai clan, Yuffie teamed up with other members of Avalanche (Nayo best girl) to retrieve what they think is an ultimate materia that Shinra is hiding in their labs. 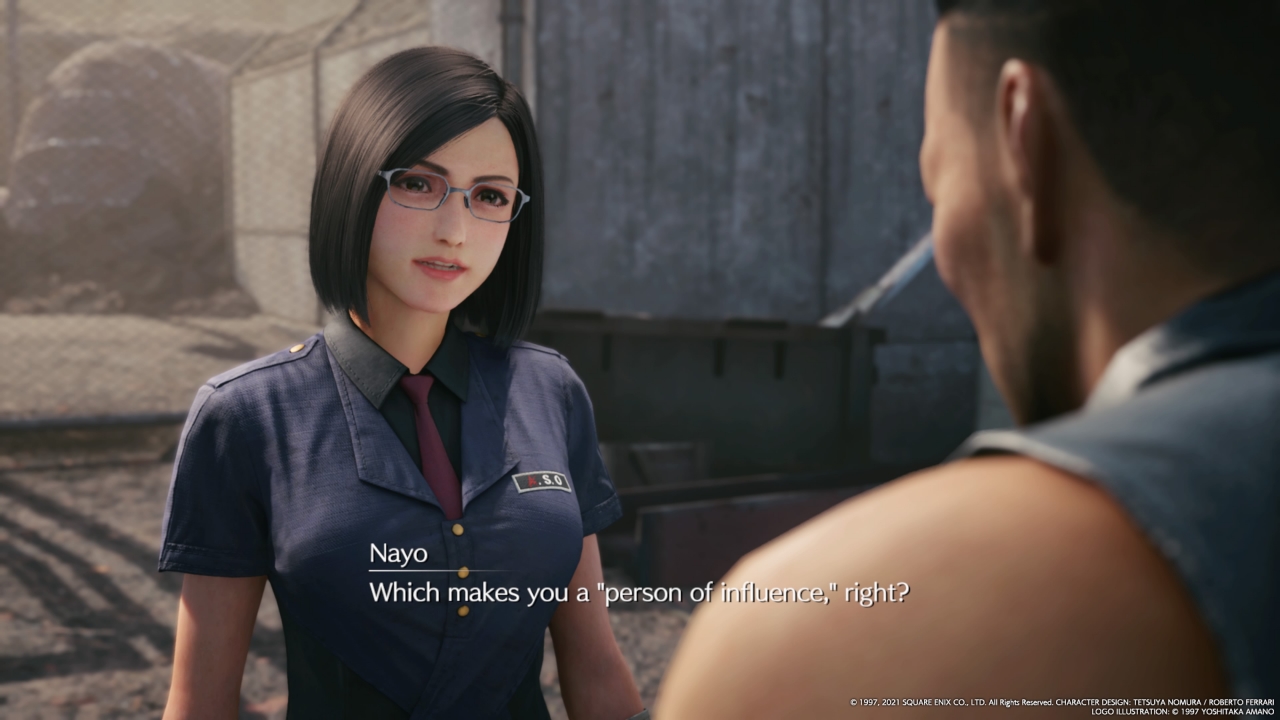 Accompanying Yuffie in this mission journey is Sonon Kusakabe — another Wutai clan member.

Same controls but unique for characters 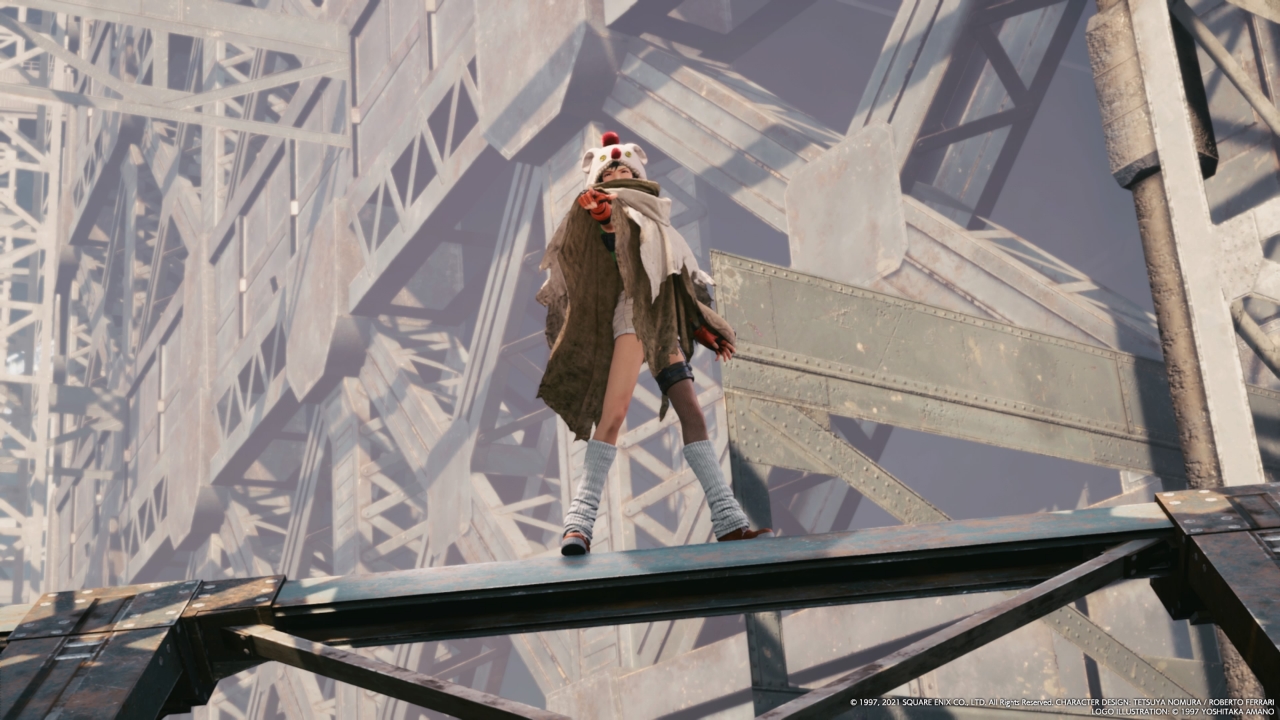 If you played FF7R then you should have no problems picking up on the controls. It’s exactly the same button commands but Square Enix has once again managed to make it feel unique.

In terms of movement, the INTERMission DLC took advantage of Yuffie and Sonon’s backgrounds as actual ninjas of the FF7R world. Here, they’re able to move around the environment in a way that was not possible with Cloud, Barrett, Tifa, and Aerith.

It’s by no means a platforming challenge, but it’s both a clever and thoughtful addition that makes sense for the characters you’re playing as.

Another thing unique to Yuffie is she can throw her shuriken to Shinra boxes and objects from a distance. This makes you more aware of your surroundings and encourages you to look around if there’s something you can throw the shuriken at to gain items or move forward. 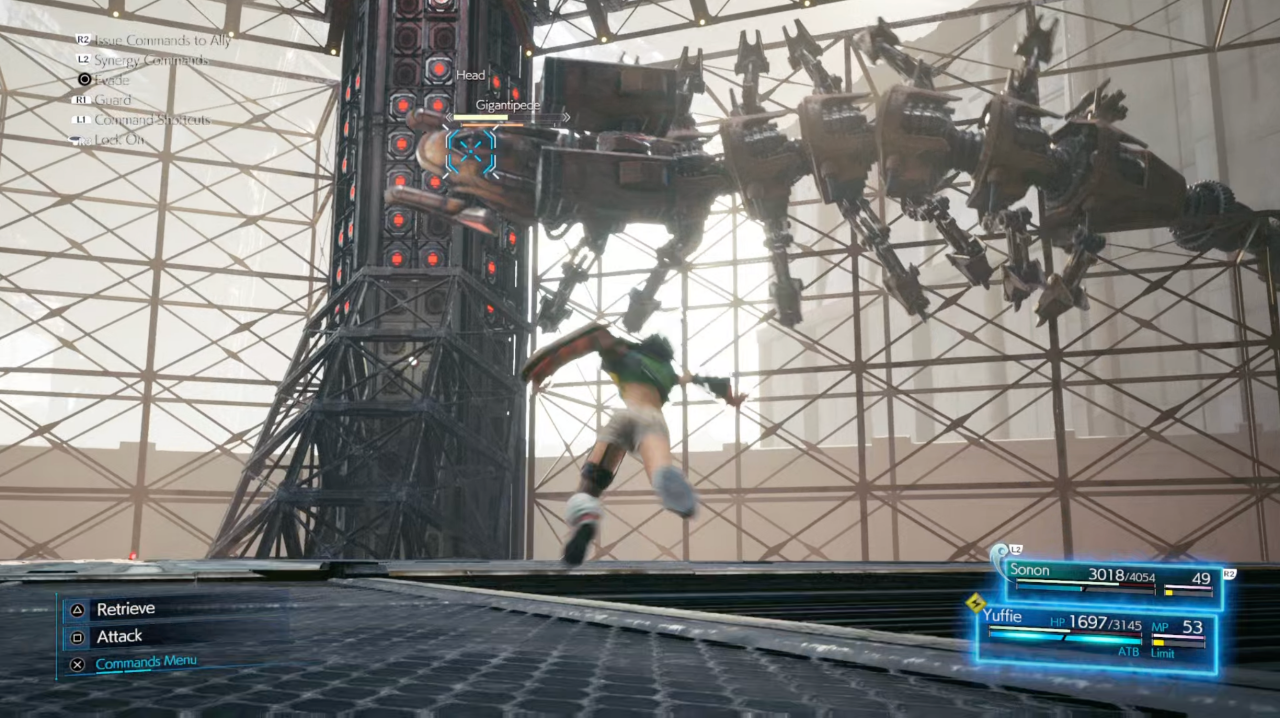 Same is true for combat. Somewhat. In the same way that it’s similar button presses but manages to feel unique depending on the character you’re using. Cloud and Tifa are close quarter combat specialists. Barrett and Aerith prioritize maintaining a distance. Meanwhile, Yuffie is somewhat a combination of both. 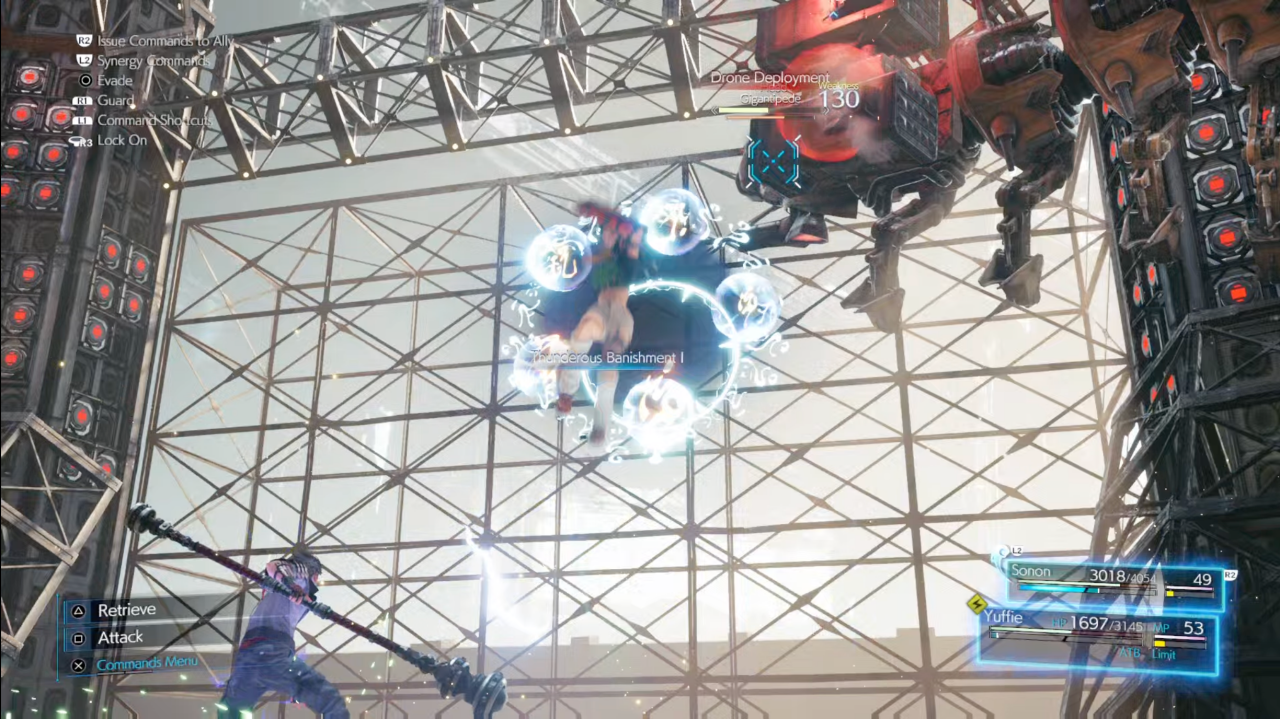 When the Shuriken is away, you can compound the attacks by pressing square repeatedly to land ninjutsu attacks. Ninjutsu attacks can have elemental effects. Yuffie can use Fire, Ice, Thunder, and Wind ninjutsu.

Yuffie also has a pretty strong parry/block mechanic. However, you need to time it precisely just about before the enemy lands a blow to be fully effective. This writer’s timing in games (and life in general) isn’t impeccable so this wasn’t utilized in this playthrough as much. 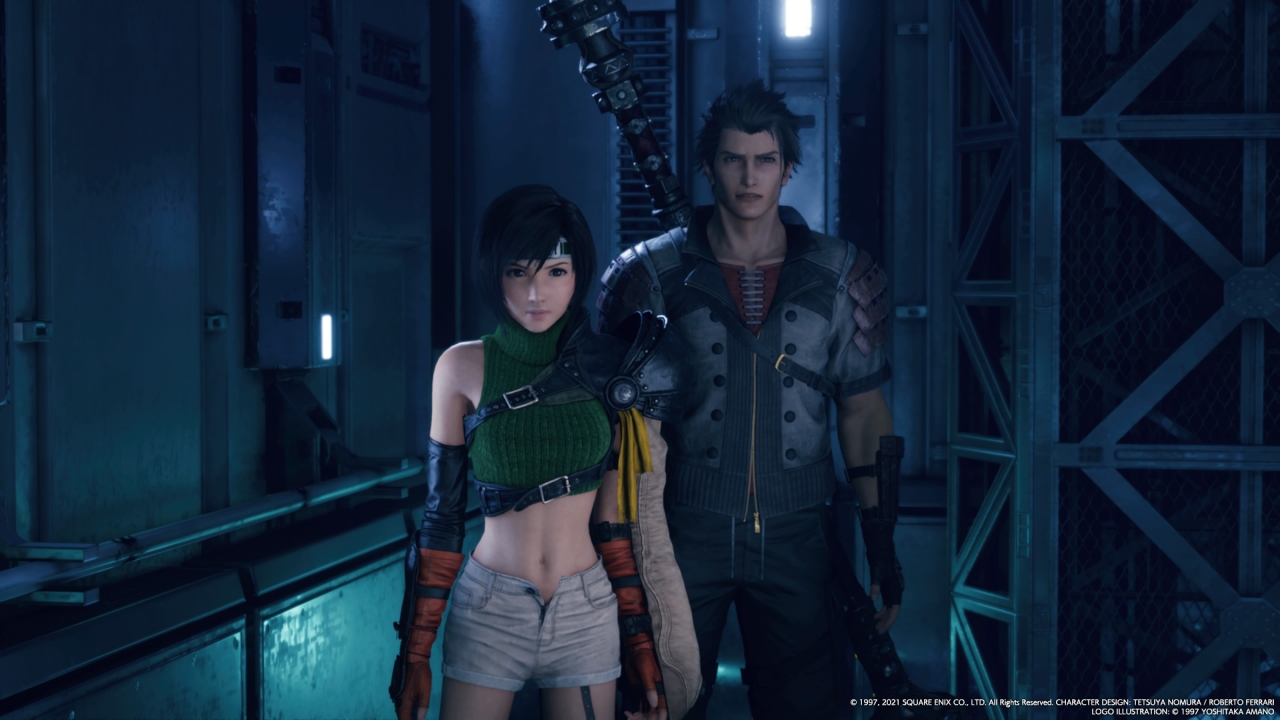 Unlike in the main FF7R game, you can’t switch to Sonon. You can still issue him commands when his ATB meter fills up, but that’s about it.

To best utilize this suave ninja, you’ll want to use Synergy. You need to press L2 to activate synergy. With it, Yuffie’s attacks deal more damage as they are executed in tandem with Sonon. 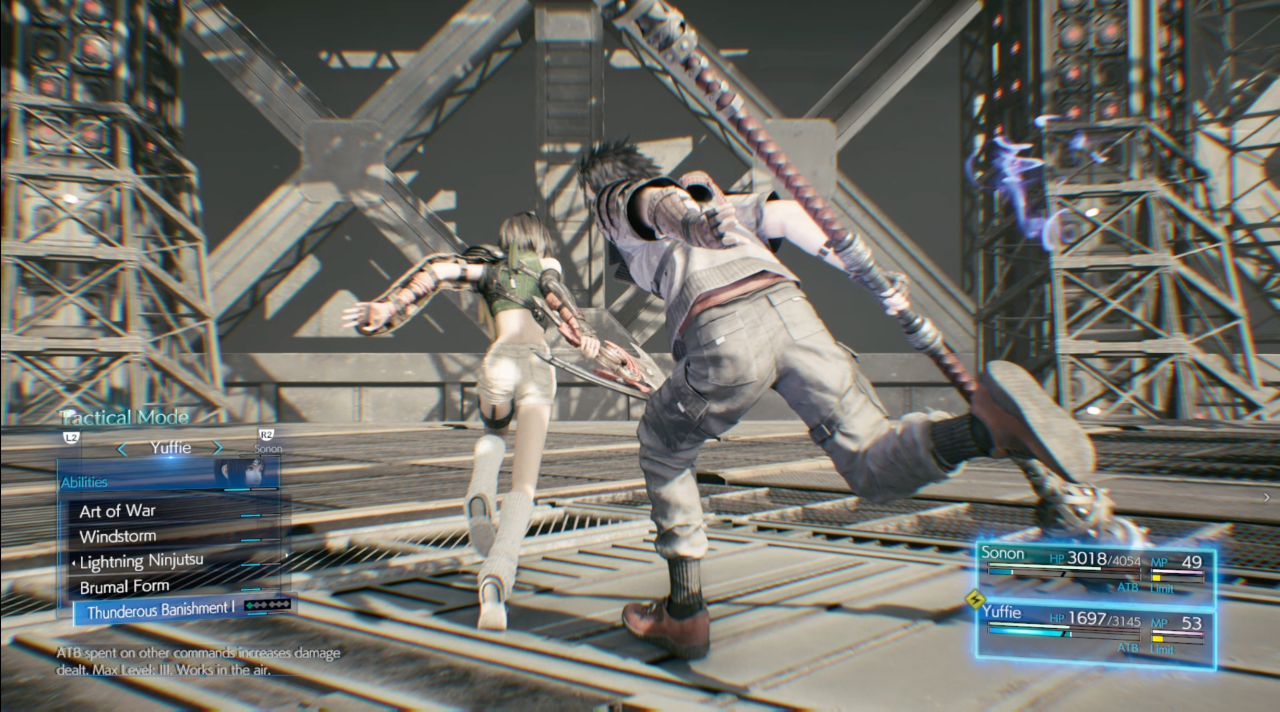 The catch is that Sonon’s ATB gauge fills up much slower when in this mode even if you have ATB materia boost equipped. The game encourages you to go in and out of synergy for a dynamic combat experience.

Later on in the game, you’ll get a chance to equip a materia that lets you do a synergized attack that doesn’t cost ATB. This will prove useful in the final battle — which can be a headache compared to everything else in the game. 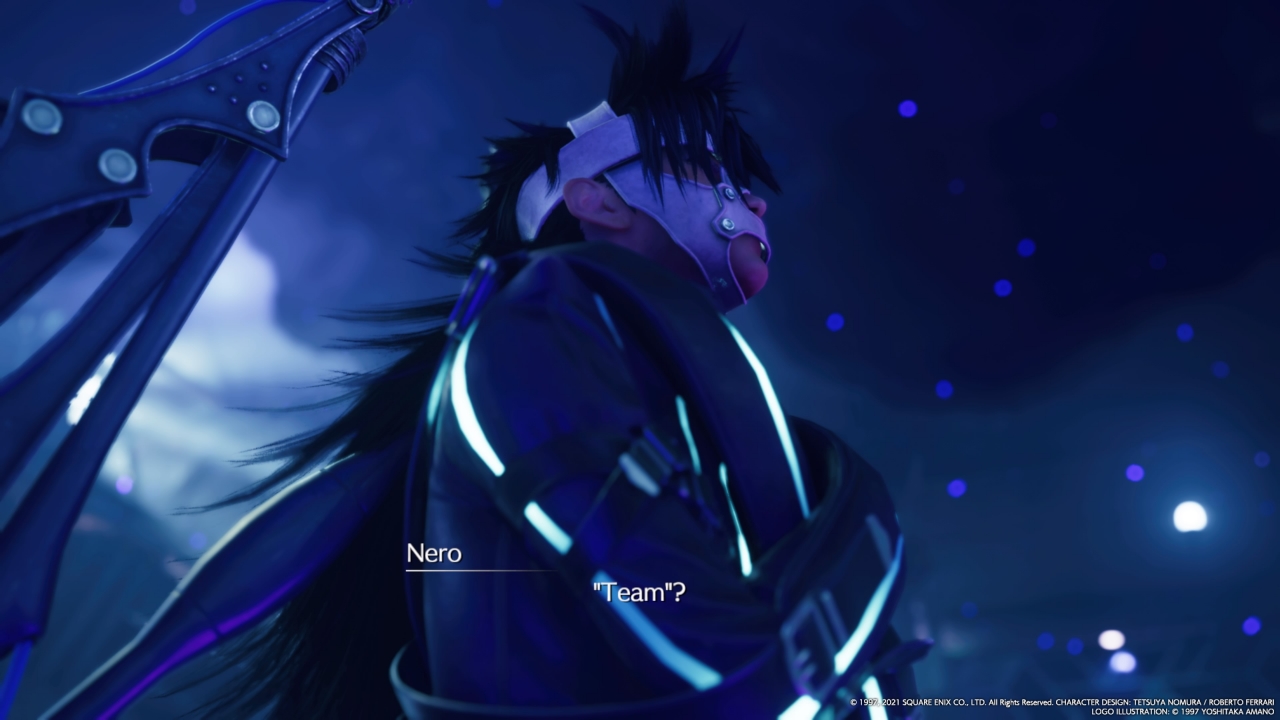 Nero was one tough battle

A quick but endearing adventure

Final Fantasy VII Remake INTERGrade — INTERMission Episode Yuffie tells an efficient story. It only has two chapters but it manages to endear you to both Yuffie and Sonon.

The brother-sister dynamic between the two is quite charming. Sonon’s generally more laid back personality provides a balance to Yuffie’s youthful energy. 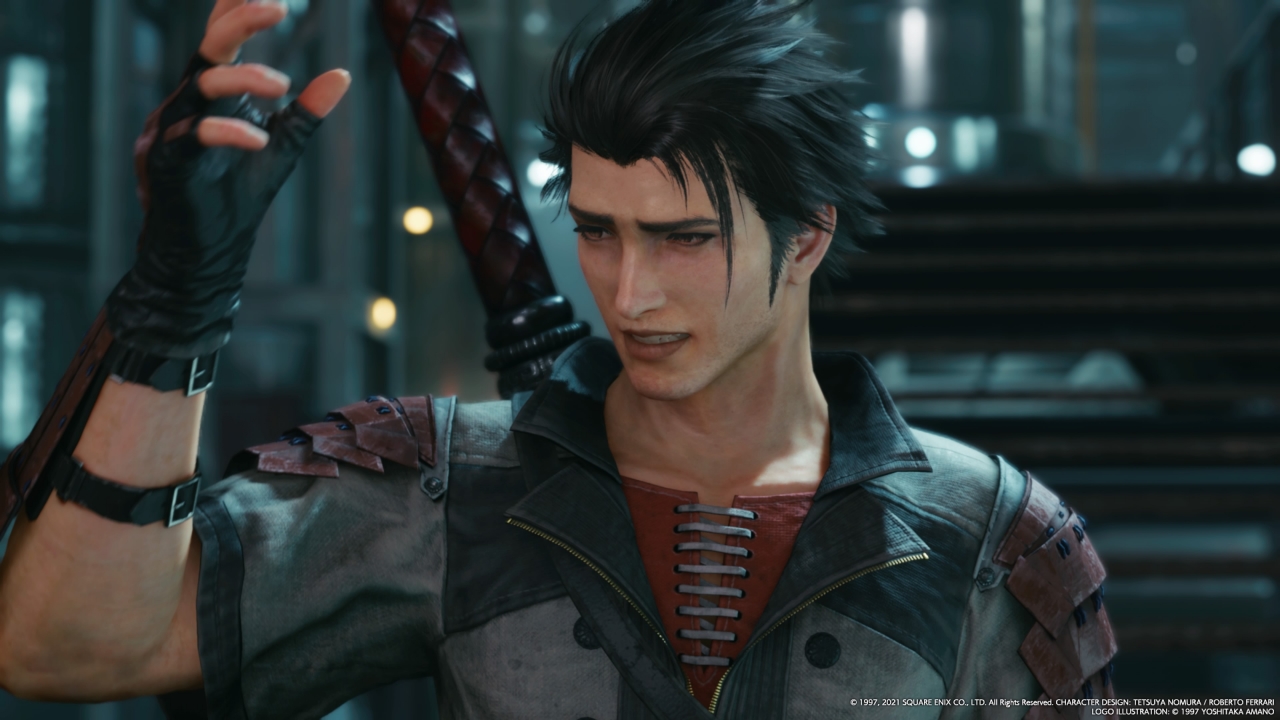 The DLC feels like an anime OVA in that it doesn’t exactly affect the main story, but it’s a nice addition to the overall narrative of FF7R.

Spending time in the Sector 7 Slums with some familiar faces was also pretty fun and definitely makes you want to replay the entire game all over again. 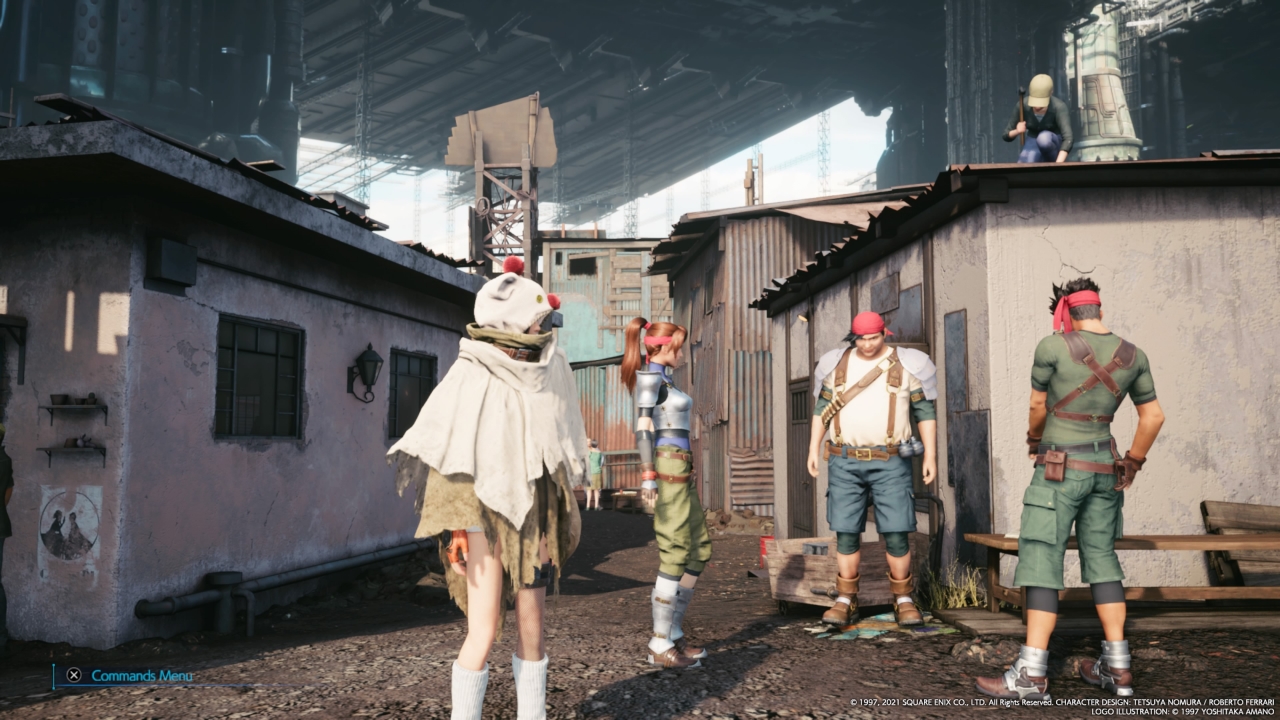 At this point, you’ve probably already seen the spoilers, but we won’t say anything here. However, the ending — both on Yuffie’s end as well as the additional one featuring scenes with Cloud and the rest of the FF7R gang, provides plenty of things fans of the game will talk about until the sequel releases.

There isn’t much side content to this game. The first one has you running around Sector 7 collecting flyers from a fellow Wutai native.

The other is Fort Condor which is a mini game also derived from the original Final Fantasy VII. It plays a little differently here and is one that Square Enix should probably release as a separate mobile game.

The Whack-a-box challenge is also present here which yields some cool rewards. There’s already a video on YouTube showing how you can beat this and score 50,000.

After your first playthrough, Weiss — a villain from the Dierge of Cerberus game — can be challenged in the battle simulator at Shinra.

If you can, since it’s only available on PS5 which is still hard to get right now, you definitely should. FF7R INTERGrade — INTERMission Episode Yuffie takes you back to Midgar and introduces you to a bubbly character. 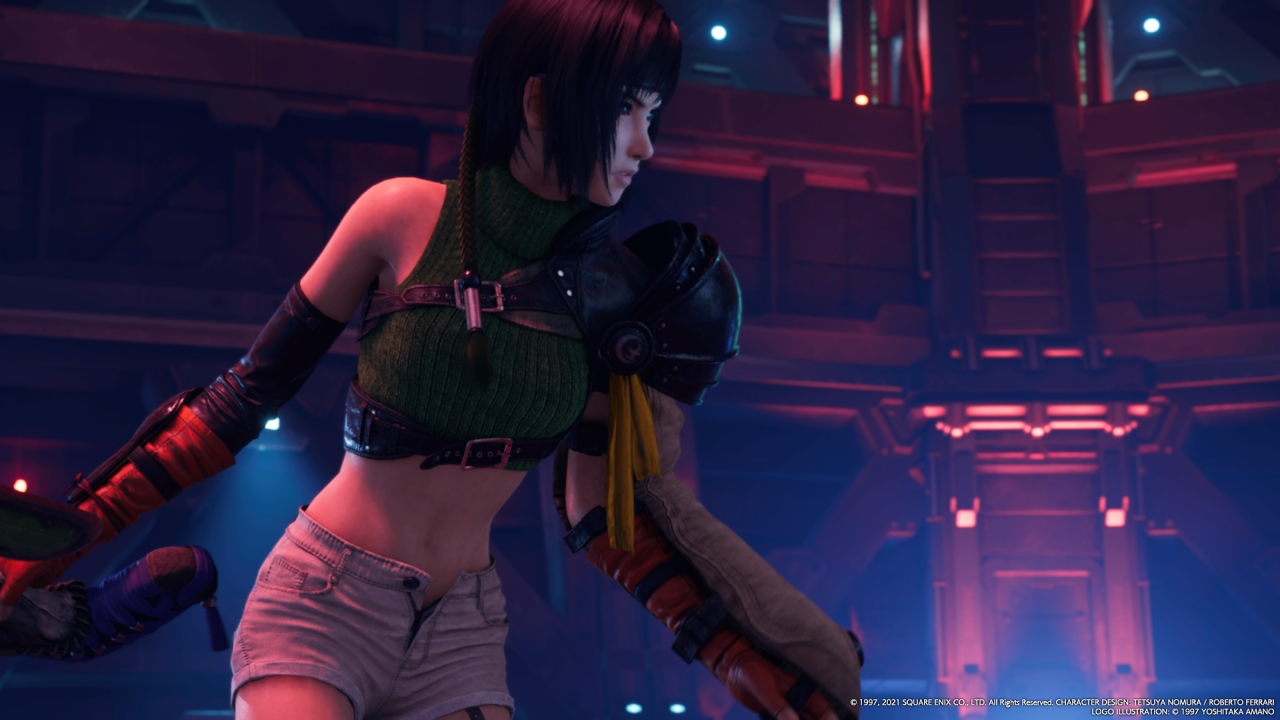 It certainly turned out to be a much more satisfying play than we earlier imagined. There’s enough new-ish things shown here to instill confidence that characters that have yet to be introduced will also be handled with a great level of care.

It’s short, satisfying, but most importantly, gets you excited for what else is to come for Final Fantasy VII Remake.