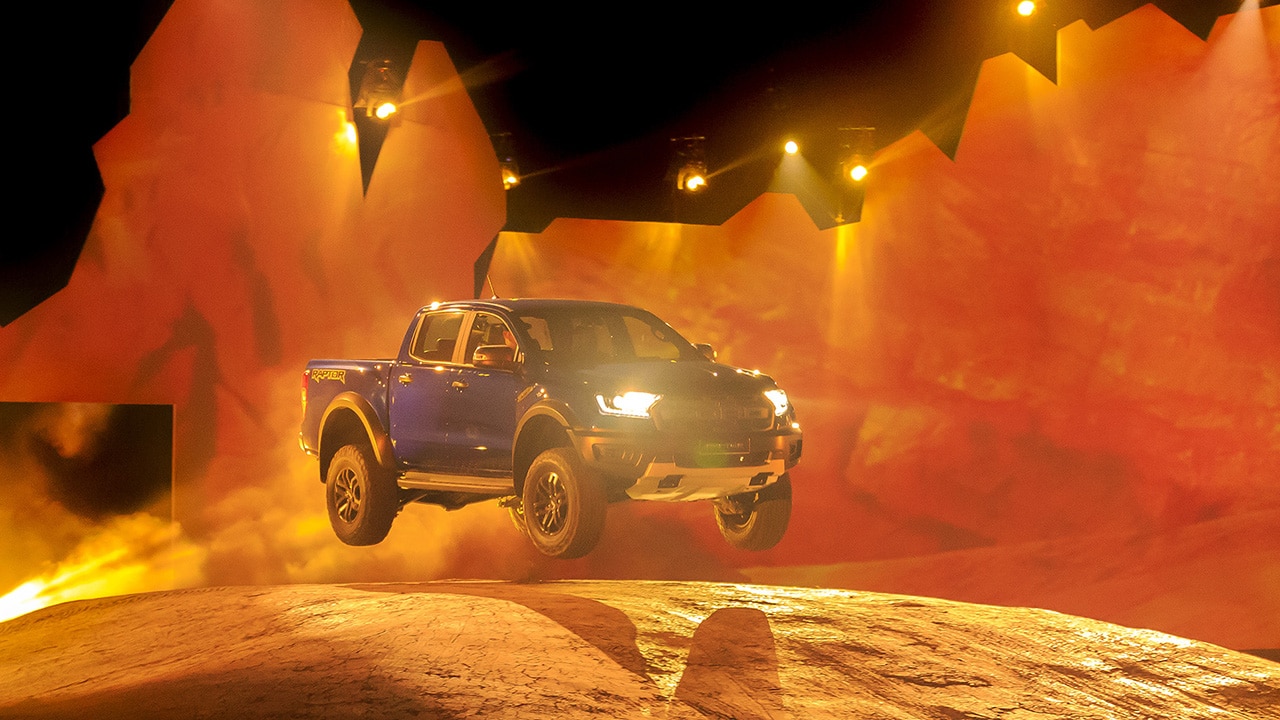 The legendary F-150 Raptor now has a sibling and it also packs serious muscle.

Ford Motor Company has just launched its first Ranger Raptor in Bangkok, Thailand. It’s the company’s new off-road, performance pickup truck which combines Ford Performance DNA with the Ranger’s toughness and engineering that it has become known for. Think of it as the toned-down version of the F-150 Raptor. 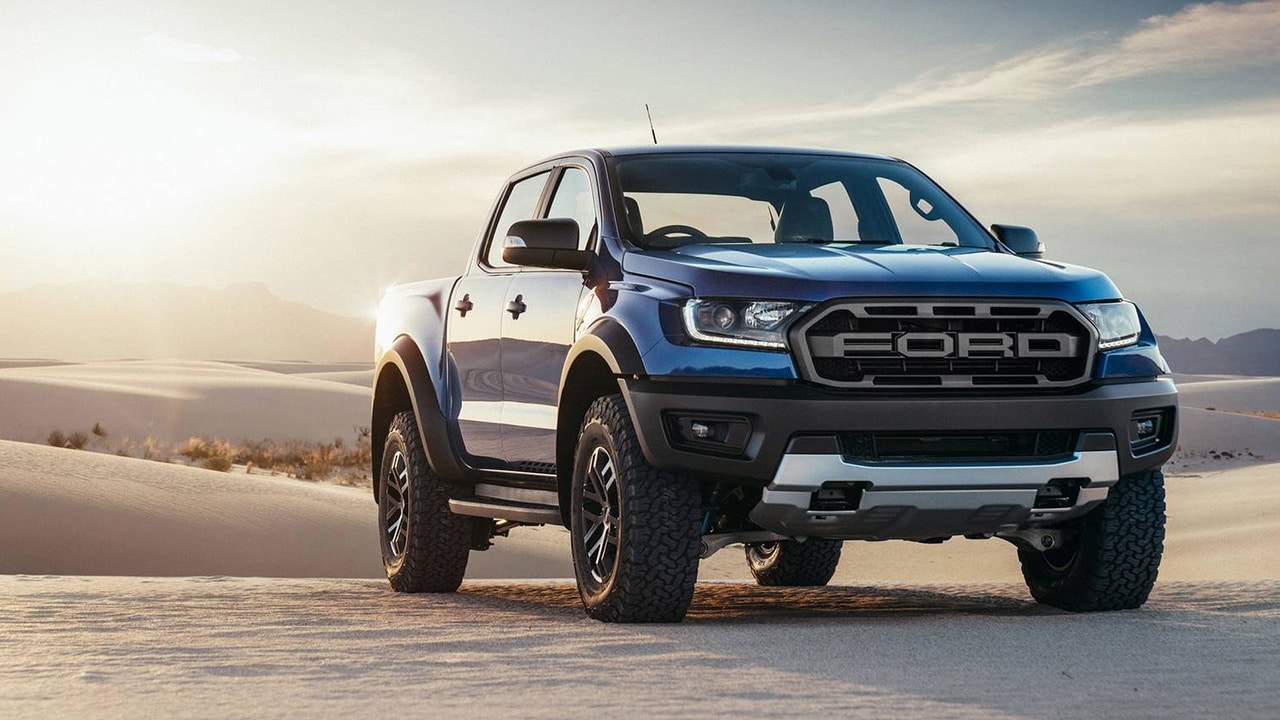 When it comes to design, though, there is very little difference between the two.

The front shows a familiar grille with the iconic FORD lettering pressed proudly at the center. There’s also the frame-mounted front bumper and dent-resistant front fenders to further toughen it up for the wilderness. 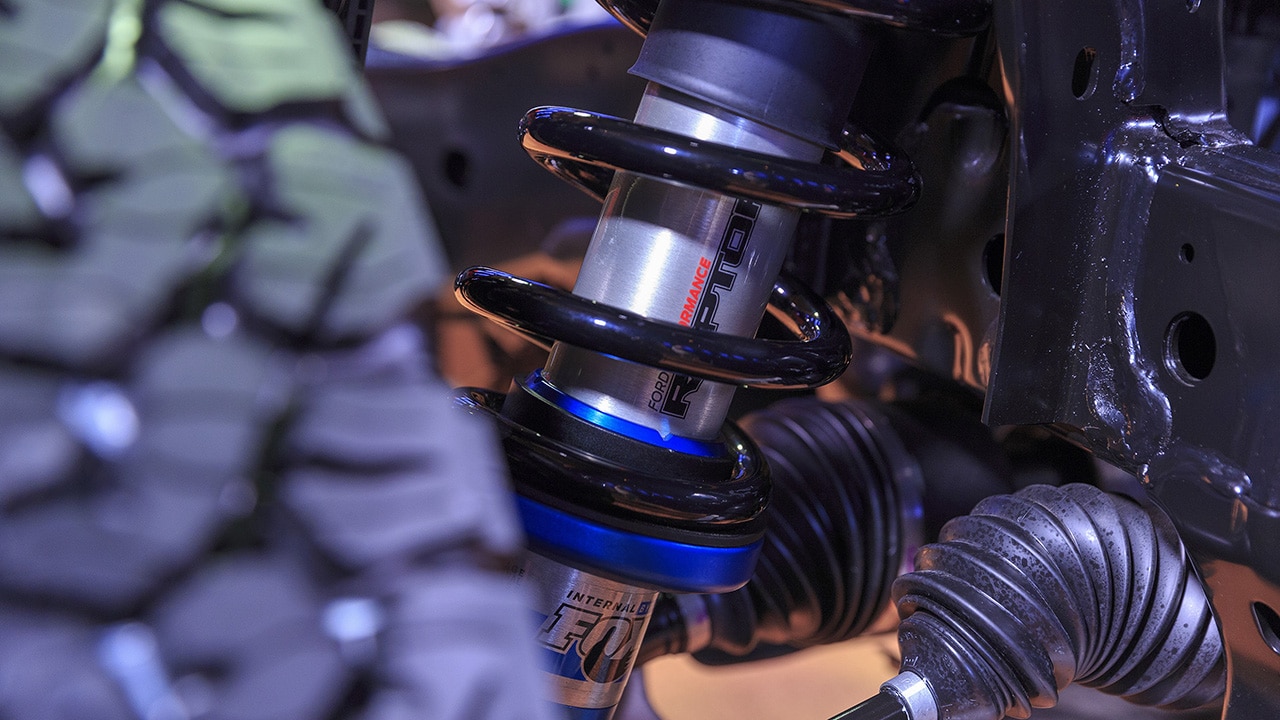 Just like its older brother, the Ranger Raptor is huge from all angles. It stands 1873mm tall, 2180mm wide, and 5398mm long while ground clearance has further been lifted to 283mm. The truck has a towing capacity of 2500kg so it can definitely haul things for you.

What truly sets this apart is at its core. The Ranger Raptor’s chassis frame is specifically designed for traveling at high speeds off-road. Made of various grades of high-strength low-alloy steel, the frame is made to absorb the blows of off-road driving. 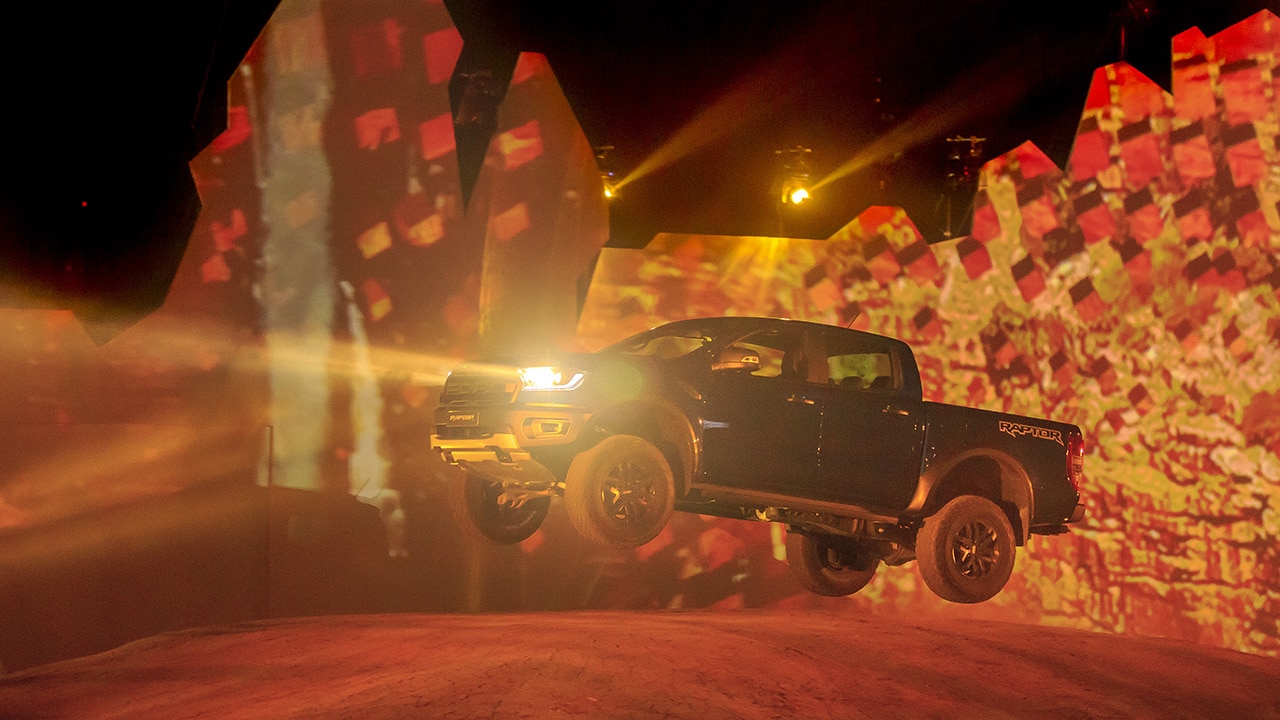 “The standout experience of the Ranger Raptor, hands down, is how far you can push it off-road versus any other available production road vehicle in our markets, and still ride like a millionaire on-road,” said Damien Ross, Chief Program Engineer, Ranger Raptor, Ford Motor Company.

Under its wide hood sits a 2.0-liter Bi-Turbo four-cylinder diesel engine that pumps out 213PS of power and 500Nm of torque. This is then mated to the same 10-speed automatic transmission as the F-150 Raptor and comes with a unique electronic terrain management system featuring six drive modes (Gravel, Mud, Rock, Baja, etc).

Of course, it wouldn’t be a Ford vehicle without the host of safety features. It carries the advanced Driver Assist Technologies at the push of a button like the SYNC 3 voice assist system, SatNav, Hill Start Assist, Hill Descent Control, and Load Adaptive Control among others. 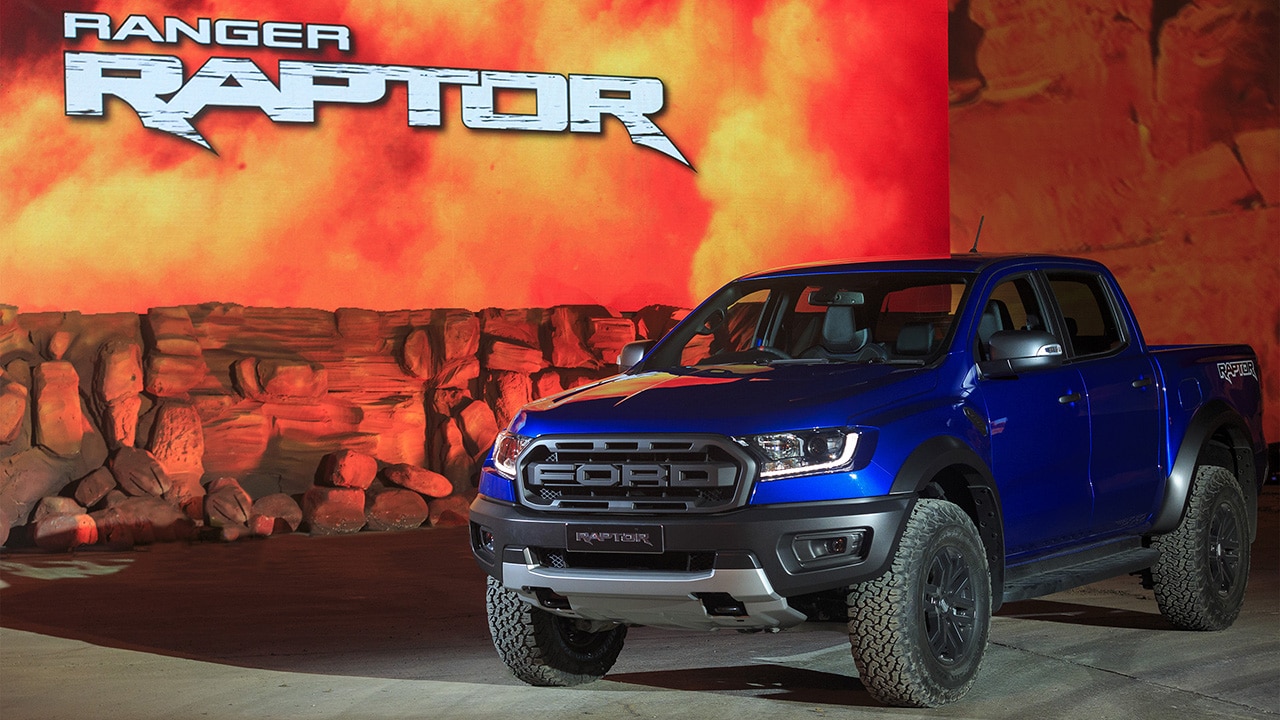 “It really is like a motocross bike, snowmobile, and an ATV rolled up into a pickup truck — it’s an incredible, awesome experience!” said Jamal Hameedi, Chief Engineer, Ford Performance

This macho vehicle is not to be confused with the Ford Ranger that was announced last month at NAIAS. The Ranger Raptor will be produced in Ford Thailand Manufacturing and will be available for the Asia Pacific region. Color palettes include Lightning Blue, Race Red, Shadow Black, Frozen White, and Conquer Grey.