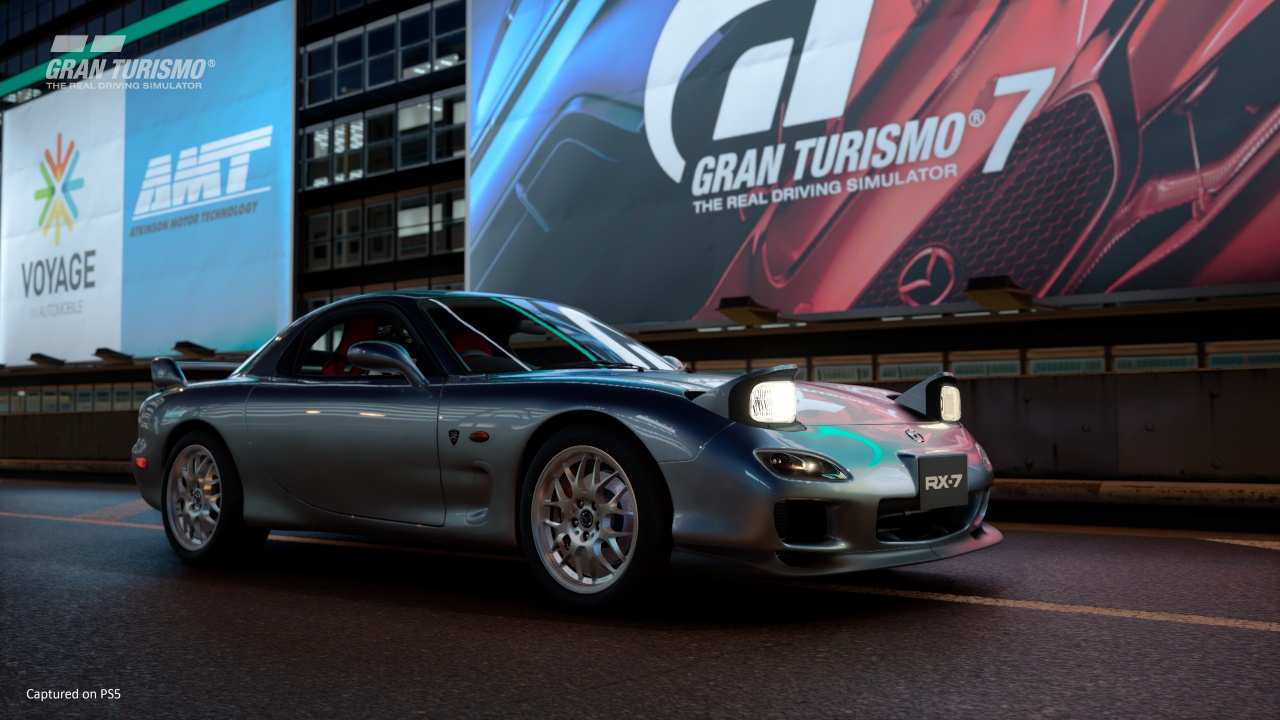 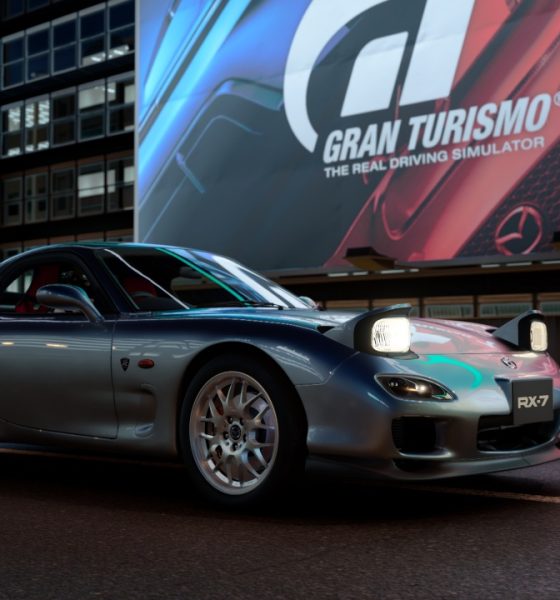 Gran Turismo is considered the de facto racing game for the PlayStation console. I know I’ve played my fair share of the franchise on the original PlayStation. As a dumb child-person-thing at the time, I only saw it as nothing more than a racing game. It wasn’t super appealing to me as I preferred the more bombastic, anime-inspired Bakusou Kyoudai Let’s & Go!! Eternal Wings. But times have changed, and so the Gran Turismo franchise and I grew up as well.

For its 25th anniversary, the franchise is making a grand comeback with Gran Turismo 7. It’s the first main line game since 2013’s Gran Turismo 6. There was a Gran Turismo Sport for the PlayStation 4 in 2017, but it didn’t offer the full experience expected of a GT game.

GT7 is a triumphant return, offering top-notch racing and driving mechanics, while offering an expanded experience. An experience that I think car enthusiasts or even just car curious people will enjoy.

Racing and driving still at its core 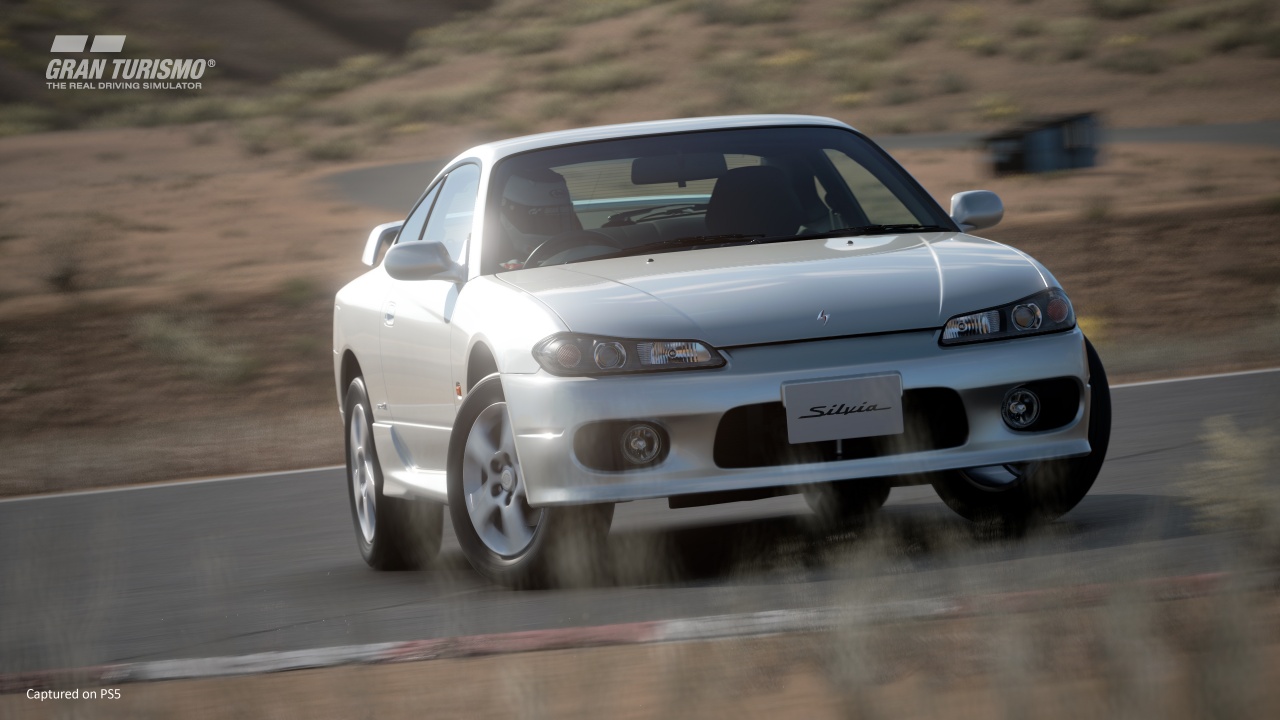 There are no ifs and buts about it. The racing and driving experience is still the main draw of Gran Turismo 7. The sound of the engine, the way each car handles, and the diversity of the terrain. Polyphony Digital, the game’s developer, took its sweet time making this and it shows.

The game is friendly whether you’re a beginner who’s not used to racing or driving games or you’re a seasoned pro. There are plenty of controller options and settings that you can tweak to your liking to really make the game work for you.

When getting started, I picked the beginner mode on normal difficulty. Beginner mode turns on driver-assist settings that I wish were present in today’s smart vehicles. It’s especially helpful for someone like myself who has road trauma. Not only are there braking assists, this mode also turns on road indicators warning you of turns, where to brake, and where to position your vehicle. 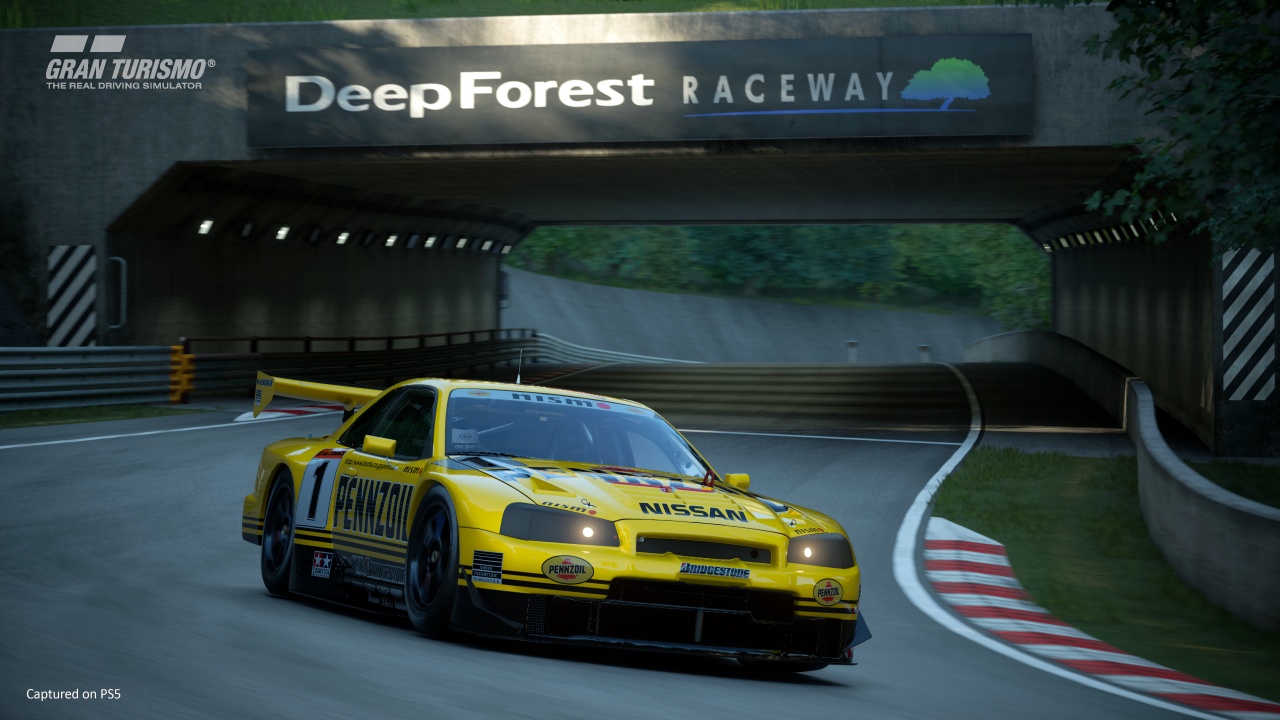 I got smug after a handful of wins on the racetrack and decided to turn-off driver-assist. The controls are easy to pick up. You hold down R2 to accelerate, L2 to brake, and the left stick to steer. You press the cross button (X) to go up a gear, and press square to go down a gear. If you’re not at all used to driving, mastering this while knowing exactly when to change gears or hit the breaks is a nice challenge to overcome.

Ultimately, I went back to beginner mode because I’m a noob and I suck. But I’m not putting this game down until I get good at driving, so long as my work schedule allows. 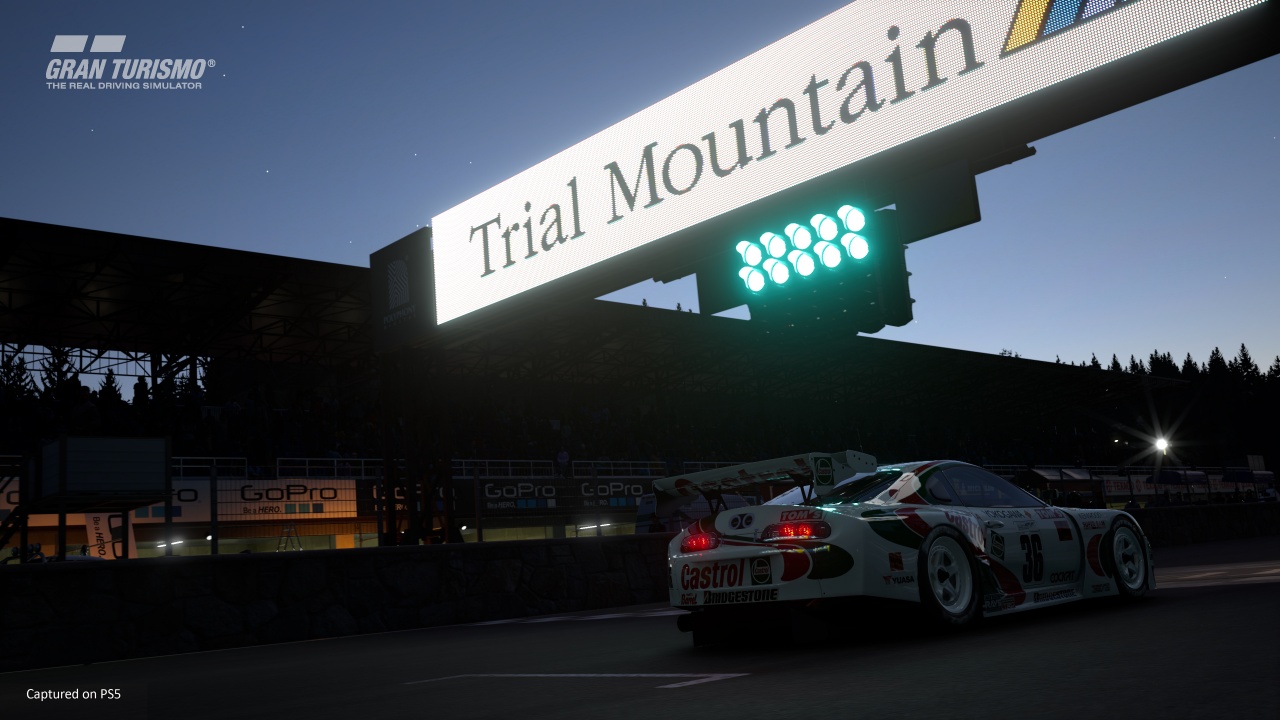 There’s a lot of handholding in the beginning of the game. Gran Turismo 7 takes great care in making sure no player is overwhelmed from the get go. What initially feels like a lengthy tutorial slowly turns into some kind of an educational tour of what the game has to offer.

You begin by buying a used car. You then make a go round at the Café where you’ll get most of your campaign objectives. These are called menus and they’re tightly organized. Each menu introduces you to a different mode of the game as well as teach you about the cars available in the game. 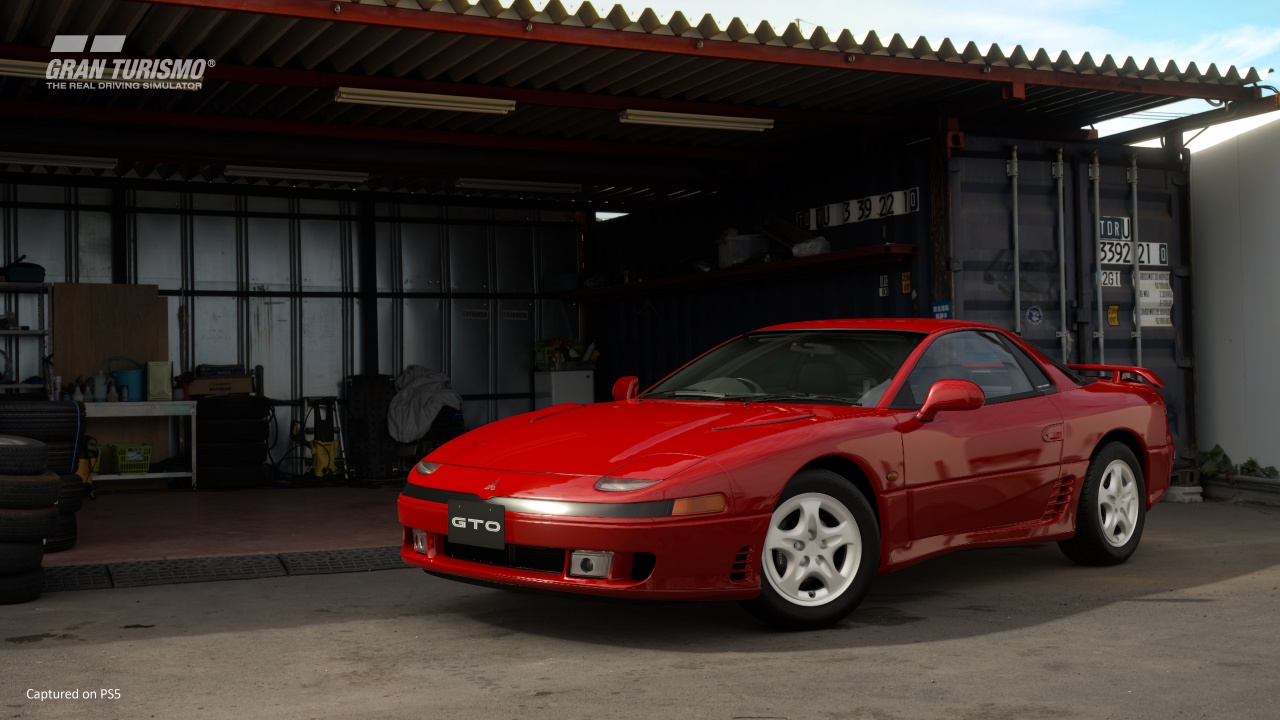 The game slowly opens up until you learn what each mode has to offer. From there, you can slowly climb up the ranks, upgrade your licenses, modify your cars, and the really fun part – build your car collection. 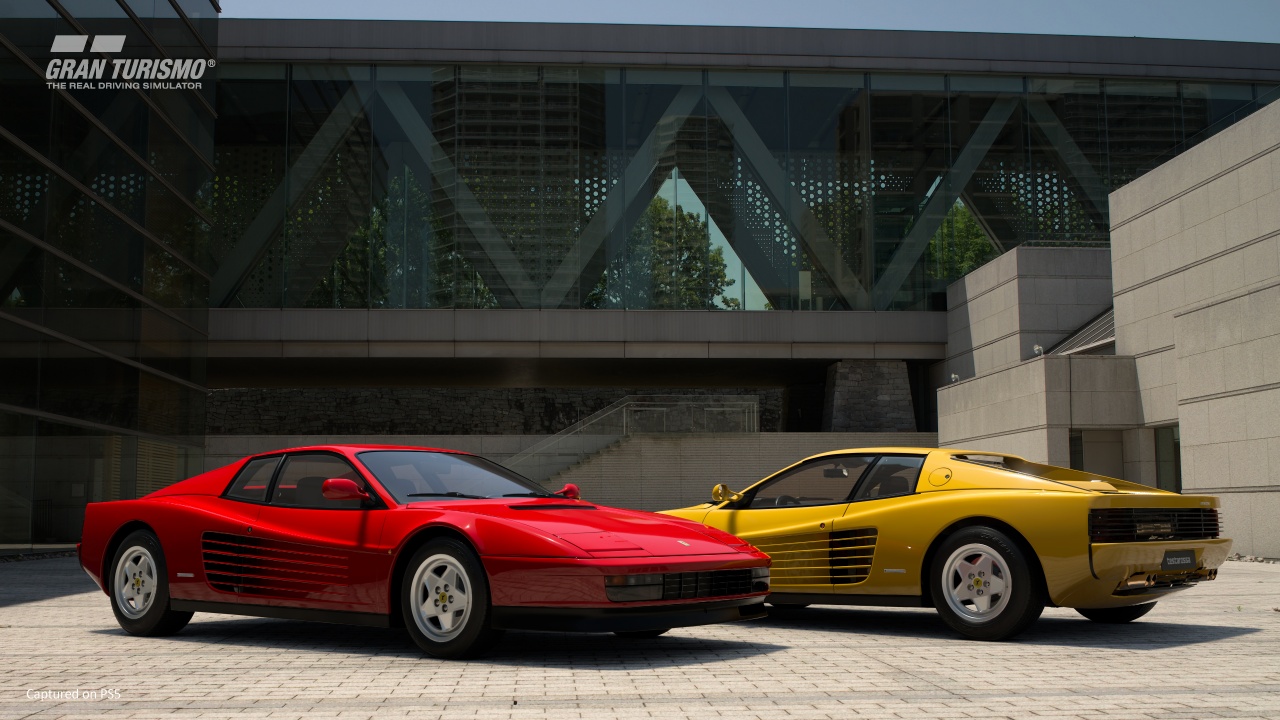 I imagine this will be the most rewarding experience for anyone who picks up Gran Turismo 7. Nearly every facet of the game is geared towards the player building and completing the Car Collection.

There are a multitude of brands and cars here including those from top brands we know and love. You have Ferrari, Audi, Totoya, Ford, Lexus, and many, many more. The Car Collection can be sorted by country, manufacturer, and more. 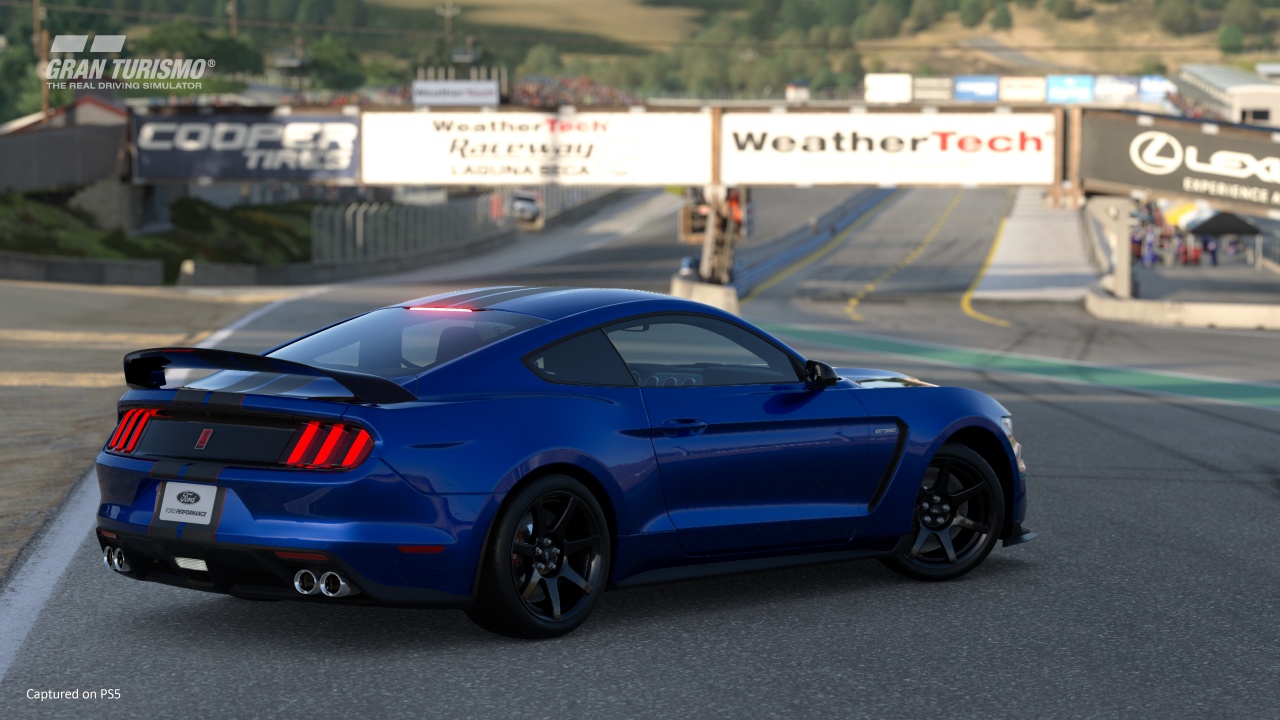 When you go into the collection, you can click on each car to learn more about it. This whole learning about cars is actually integrated into the campaign through the menus. You’re given objectives to complete and a lot of times it involves races to win cars. These cars are grouped together in a common theme and you learn about them after you complete objectives.

Naturally, you can acquire cars in different ways. There’s the used cars store mentioned earlier, and then there’s Brand Central where you can buy them shiny and new. If you don’t have funds yet, you can always add certain cars to your wishlist.

An audio and visual treat 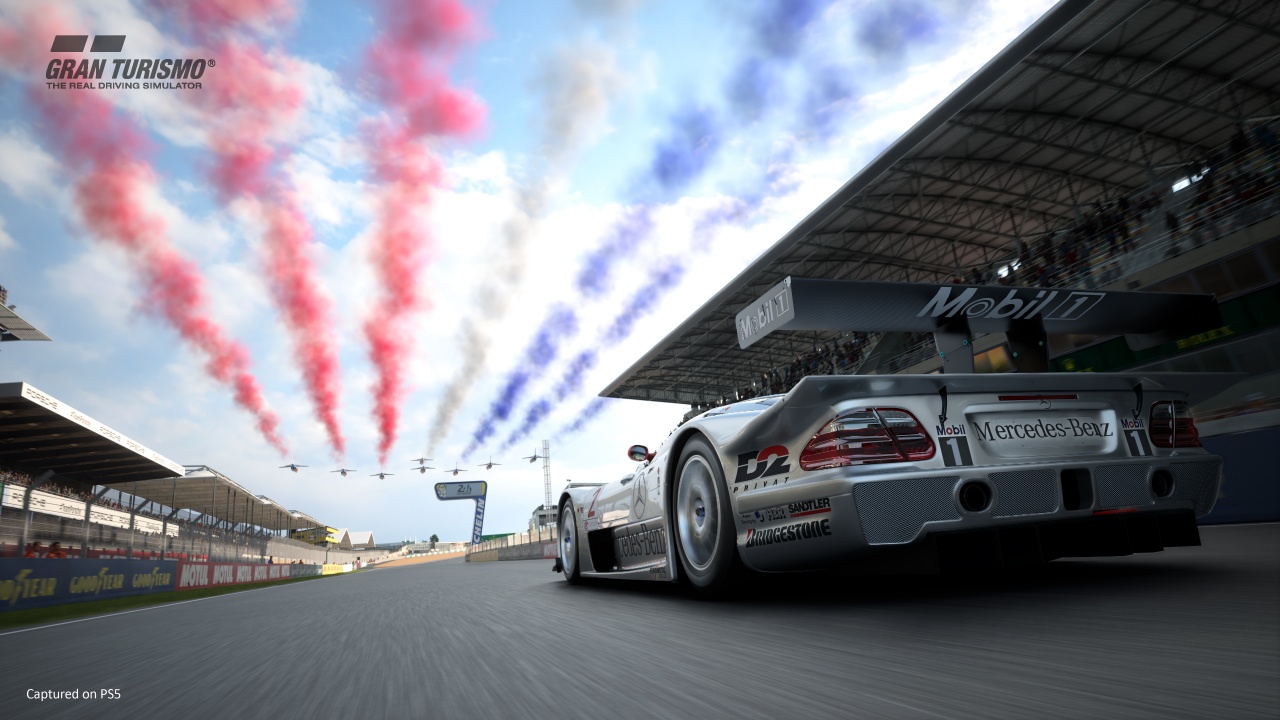 Part of the allure of the game are the many locations in which the races take place. While this isn’t Forza Horizon levels of visual prowess, there’s more than enough here to make you feel that you’re actually playing a next-gen game.

You can choose Performance or Ray Tracing Mode but the game takes it upon itself to choose which one suits certain modes best. During my playthrough, I found Performance mode to be most ideal while shifting to Ray Tracing every so often to take in the view.

The photo mode is rather unique. Instead of pausing during your gameplay, it offers the option to take your cars to a selection of scenic locations. From there you can customize the look and feel of the photo like you would in other games. Photo mode fans might feel limited by this, but the breathtaking locations are truly eye candy. 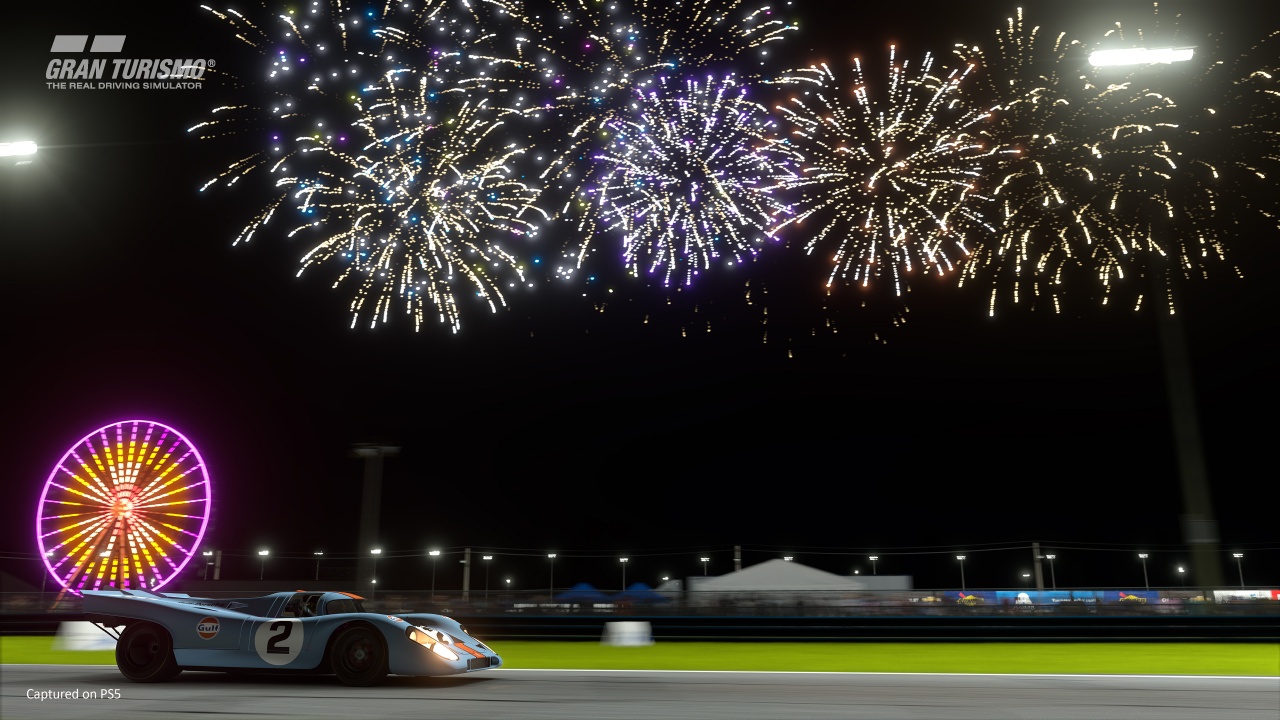 The music of Gran Turismo 7 is chef’s kiss. Every track fits every game mode, location, and situation. During races, you’ll be treated to alternative pop rock tunes to get you pumped. There are even tracks that are reminiscent of background music in sports animé where the protagonist is about to bounce back. It truly gets you in the right mood, especially when you’re trying to overtake to win the race.

This kind of consistency remains throughout. Museums in Brand Central offer regal and majestic music. Meanwhile, the café will treat you to some jazzy tunes to get your mind at ease.

There’s a lot to love about Gran Turismo 7 even if you’re not super into cars. The game draws you in slowly and teaches you everything, every step of the way. Before you know it, you’re looking up more information online about the cars that really caught your eye.

Performance-wise, it’s a truly next-gen game in presentation and experience. I already gushed about the visuals and music, but the controls and DualSense utilization are all on point.

Gran Turismo 7 is an easy game to get into. It’s a game you’re going to want to keep installed as sort of an in-between game when you’re taking a break from story driven titles.