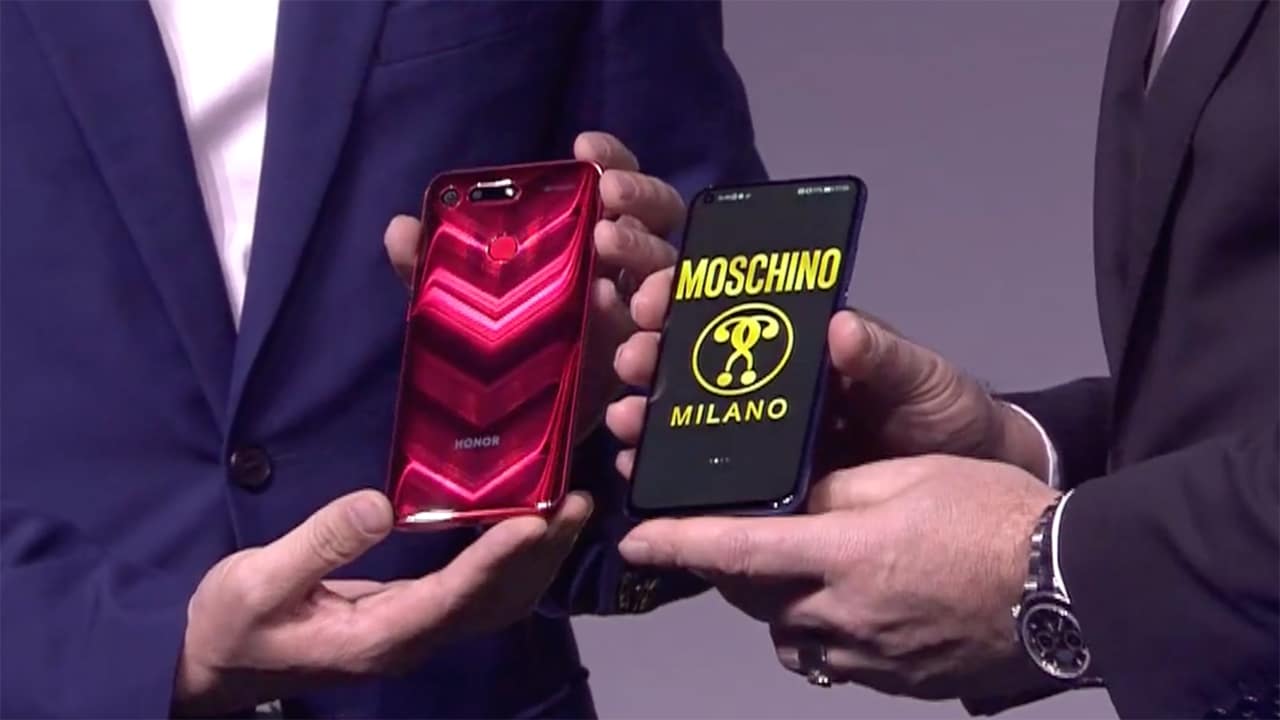 Honor’s newest smartphone has just been announced in Paris. Amid the many fun tech announcements that have come up, one thing stood out to me: Honor collaborated with Italian fashion brand Moschino for special versions of their newly released View 20. 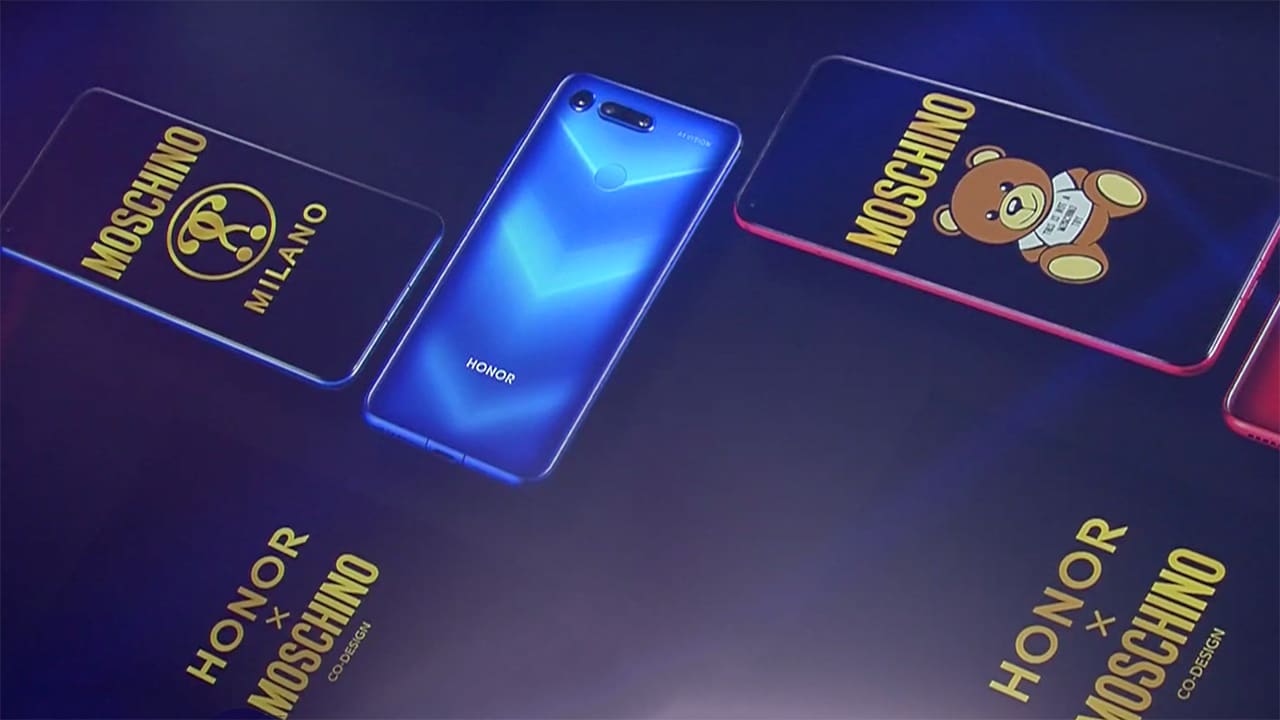 These special edition phones feature two iconic Moschino designs: the double question mark and the cute Moschino teddy bear. According to Moschino CEO Gabriele Maggio who was on stage at the Honor event, the double question mark symbolizes “seeing the unseen,” with one question mark representative of “looking at the future as an opportunity” and the other as living in the present with happiness. The familiar Moschino bear, he explains, is symbolic of happiness and a joyful approach to life.

Moschino, Maggio explains, has always created fashionable pieces that envision an “aspirational style with unique creativity and humor.” Since bringing on American fashion designer Jeremy Scott and his contemporary approach, Moschino has targeted this new tech-forward generation. Maggio characterizes them as those who “can see the reality and future in a different way… a colorful, digital generation,” the same users Honor attracts. This was the starting point for the partnership. 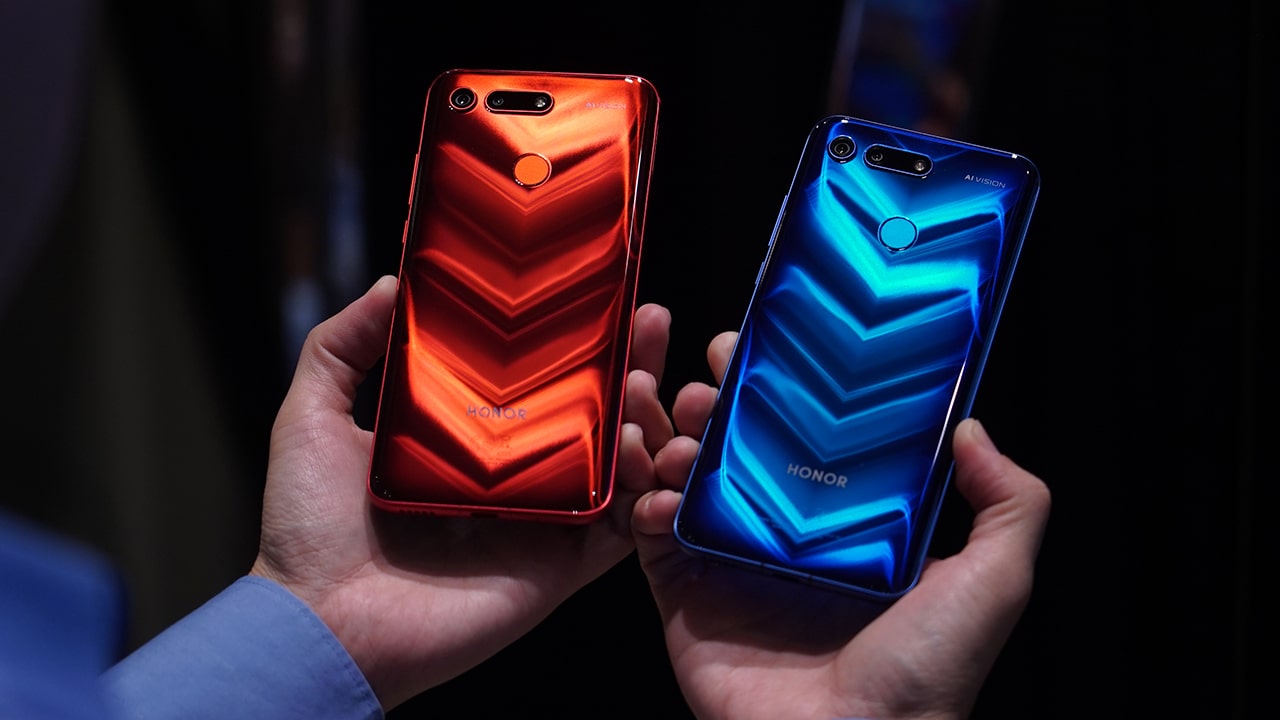 These co-designed phones add two more eye-catching colors to the View 20 roster, in addition to the Midnight Black and Sapphire Blue versions. The Moschino co-designed Phantom Blue and Phantom Red devices are slightly more powerful than the normal versions with 8GB of memory and 256GB of storage capacity, and cost more at EUR 649. 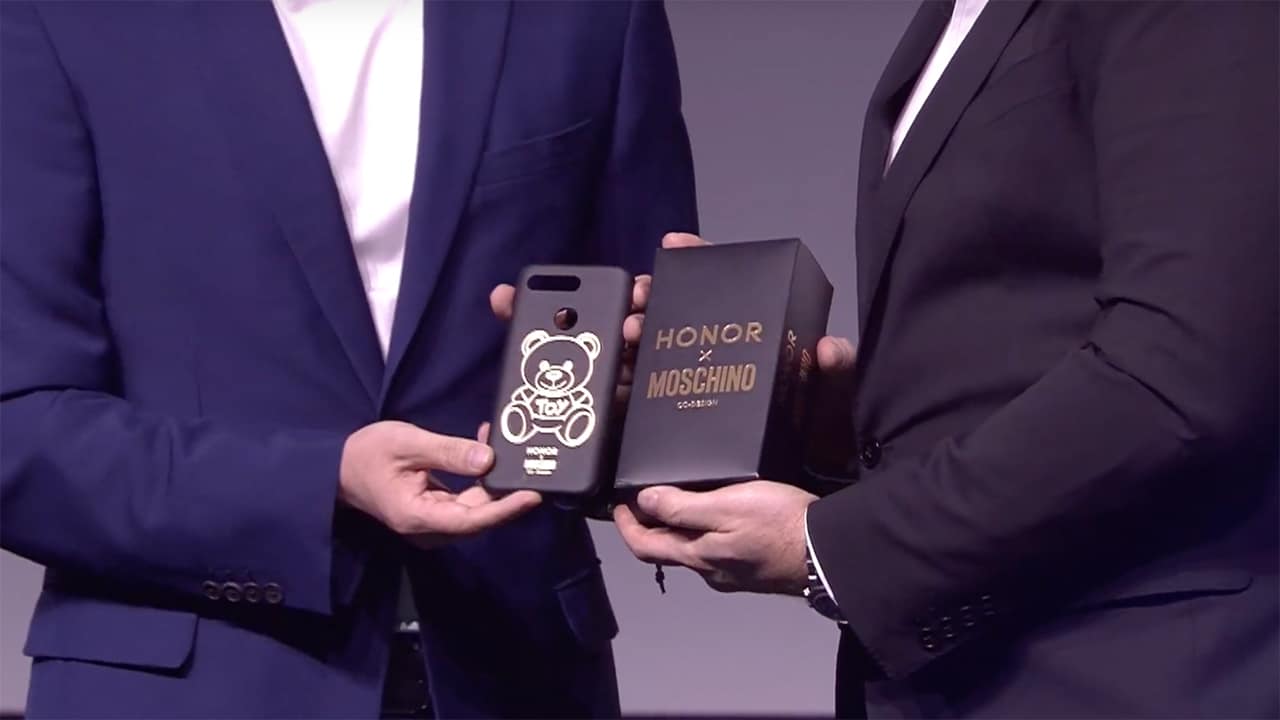 These phones also come with the cutest Moschino cases, ever. (Obviously, I want them bad.)