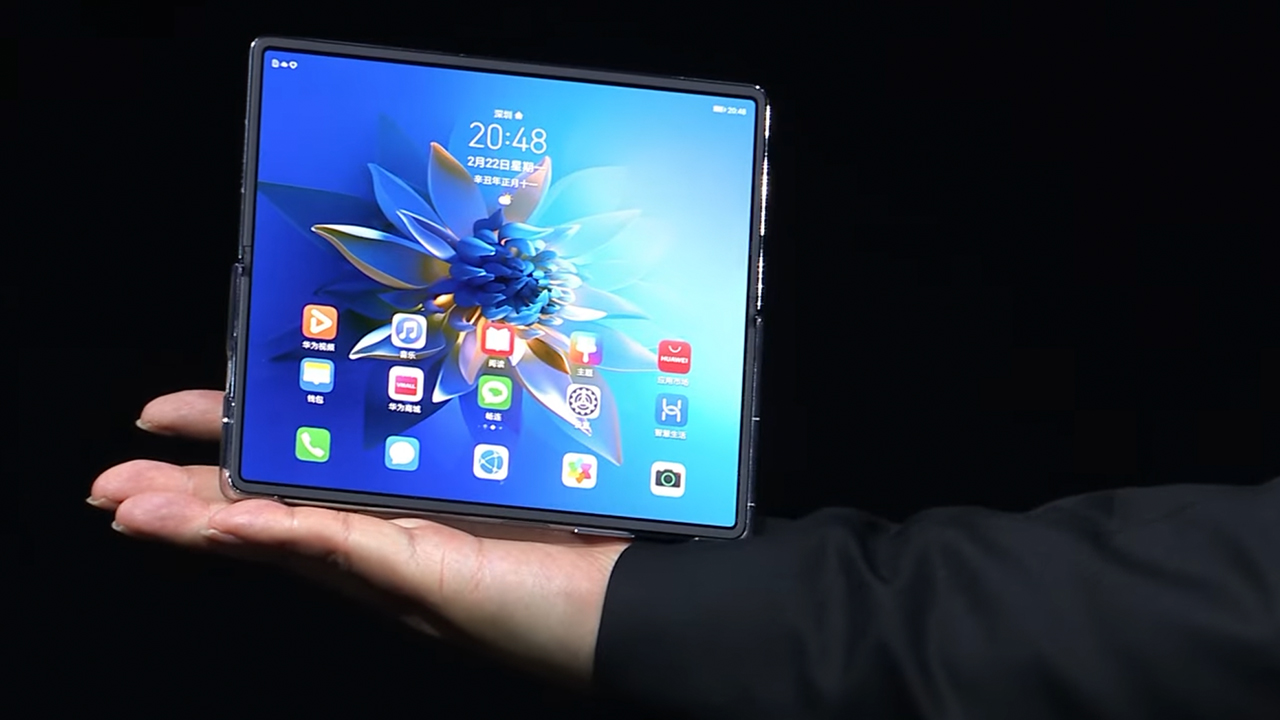 Despite its struggles everywhere else in the world, Huawei continuous to get strong support in its home country China. This is why it’s no surprise that the company has again launched a premium device there. This time it’s their latest foldable — the Huawei Mate X2.

Like with any foldable, a bulk of the presentation centered around what they did with the hinge as well as the device and the displays’ dimensions.

When folded it looks like just any regular smartphone. The OLED display measures 6.45-inches with a 21:9 aspect ratio. That’s something new for Huawei but if you’re familiar with Sony Xperia smartphones, they’ve been rocking that aspect ratio for a while now to mimic the widescreen we see in movie theaters. The display also has a 240Hz refresh rate.

There’s also a punch hole on the upper left area of the display for the front-facing camera which shares the ultra wide angle view of other mate series selfie shooters. 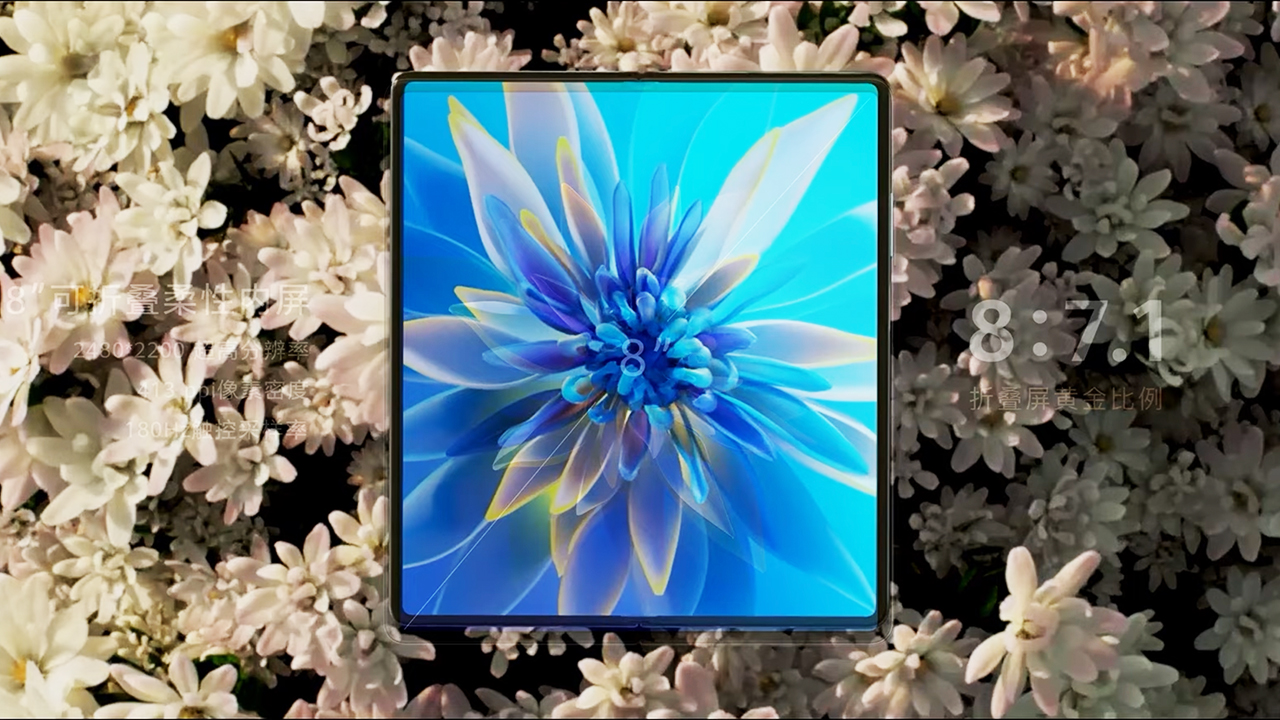 Unfold it and you’ll be greeted by an 8.01-inch Ultra High resolution display with a 180Hz screen refresh rate. The screen aspect ratio is 8:7.1 with Huawei claiming that it’s exactly like having two regular smartphone displays side-by-side. Unlike its competitors, the larger unfolded display has no cutouts for cameras. You’re getting all of that display clean and free of distractions.

The crowning glory of the device is of course the Multi-Dimensional Hinge design. With it, Huawei was able to achieve the “perfect fold” — one that has no gaps.

Huawei did two things to make this possible. First is the water drop-shaped cavity supported by a dual spiral structure for stowing the display when the Mate X2 is folded. Second is the interesting decision to taper the device when its unfolded. This means the right side is thicker than the left side with the thinnest side measuring just 4.4mm.

The uneven sides isn’t just for achieving the no gap fold. The thicker area houses the Ultra Vision Quad Camera. It’s headlined by the 50MP Super Sensing Wide Camera — the same one found on the Mate 40 Pro. It also has a 20MP telephoto camera that’s able to get up to 10X optical zoom, 20X hybrid zoom, and 100X digital zoom. Then there’s a 16MP ultra wide camera for landscape shooting, and an 8MP SuperZoom lens for macro shots.

It’s a flagship product so naturally it comes with a flagship chip. Powering the Huawei Mate X2 is the Kirin 9000 5G — again the same one found on the high performing Mate 40 Pro. The same chip also supports 5G connectivity. You’re also getting a 4500mAh battery with support for 55W Huawei SuperCharge.

The chip also powers the device for several of its multi-tasking features like Smart Multi-Window, Floating Window, App Multiplier, and many others. The presentation didn’t explicitly say this but it is still likely running EMUI 11 on top of Android 10. However, it was shown that it will move to Harmony OS by April 2021. 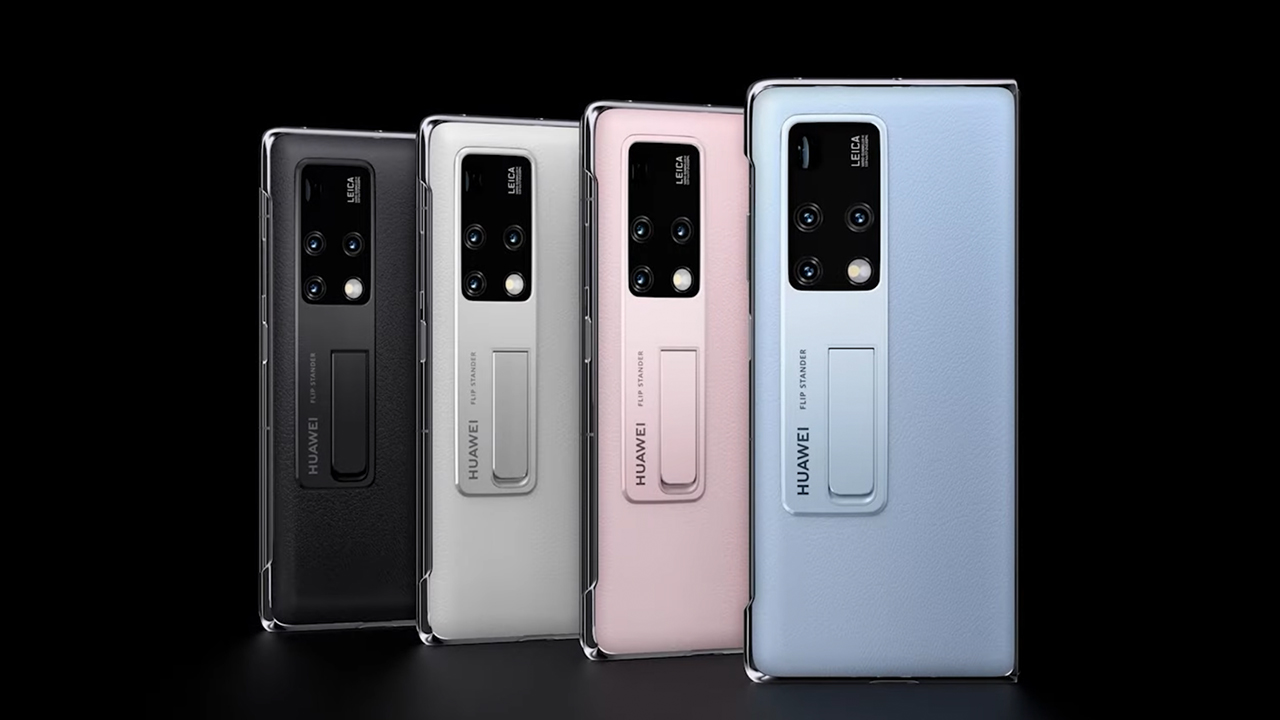 The Huawei Mate X2 comes in four colors: White, Black, Crystal Blue, and Crystal Pink. It will be available only in China for now starting February 25. Pricing are as follows:

It also comes with a nifty cover that has a magnetic kickstand which costs CNY 299 (around US$ 47) .