Let’s face it: Smartphones won the war on casual photography.

And if you find yourself taking more photos and videos with your smartphone than with your compact camera, then Huawei might have something that’ll convince you to retire your point-and-shoot gear or dump them in the “to sell” bin altogether.

The number three mobile vendor globally, which shipped more than 100 million units in 2015 and raised its revenue to over $60 billion year-over-year, has unveiled the pricing and launch date for the premium Huawei P9 and P9 Plus smartphones for some parts of Asia.

Both promise to deliver a camera experience that’s second to none, thanks in no small part to a pair of cameras resting flush on their backs. The cameras have been co-engineered with prominent German camera maker Leica, which has lent its name — and to a limited extent, its camera cred — to the Chinese OEM.

Huawei says one of the cameras on the back of the P9 phones makes use of a traditional 12-megapixel color sensor; the other has a monochrome or black-and-white sensor that crams in as many megapixels. 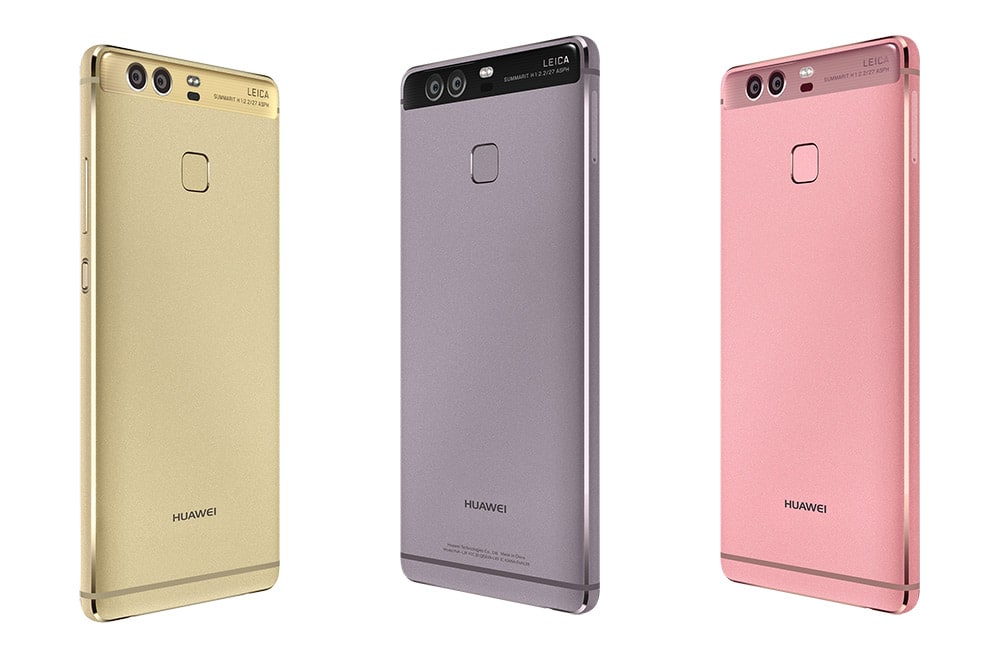 The two work in tandem to produce the clearest and most detailed image possible. More impressively, this particular setup helps the phones capture better-quality photos in situations that even a modern camera phone would struggle with.

Huawei’s P9 and P9 Plus don’t skimp on processing power and memory options either, as both devices feature top-shelf silicon in the HiSilicon Kirin 955 chip that has up to 4GB of RAM and up to 64GB of expandable storage. Fast charging is also promised with either model.

What they lack, though, is a bleeding-edge display, with neither the P9 nor P9 Plus offering anything higher than 1080p resolution on their AMOLED screens.

The lackluster pixel density is more of a concern with the 5.5-inch P9 Plus than with the 5.2-inch regular model — but then again, unless you’re a stickler for on-screen details, you probably won’t mind too much, if at all.

In Malaysia, the P9 series could debut by end-May, carrying a price tag between RM2,000 and RM2,600. Launch details haven’t been listed for other Southeast Asian markets, but the phones could see a wider rollout later this month or in early June. Price points will likely be comparable to those mentioned above.