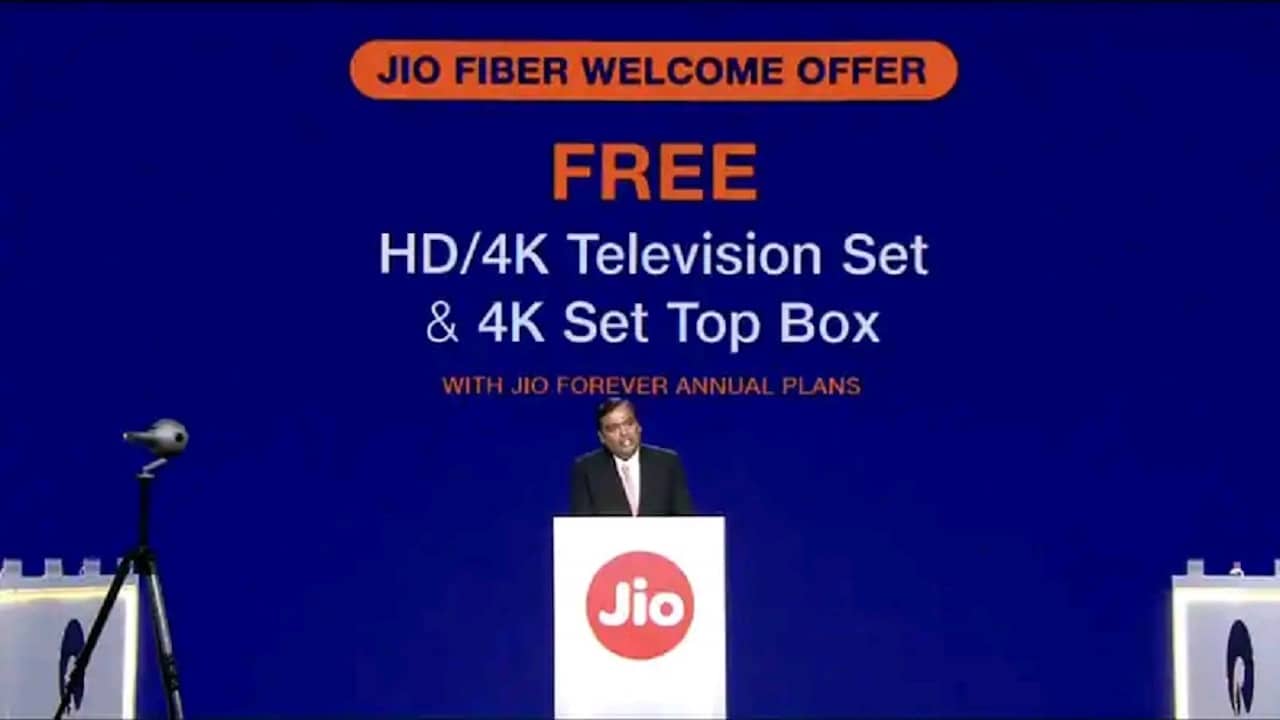 Reliance Jio is India’s largest telecom operator and has managed to get onboard more than 340 million users within a span of three years. Launched in 2016, the company revolutionized 4G connections in the country and offered dirt-cheap plans to attract subscribers.

Now that the company has conquered the wireless market, it aims to establish supremacy in the fixed-line segment. It announced the launch of its fiber-based broadband service offering minimum internet speed of 100 Mbps for INR 699 (US$ 9.75) a month, a rate significantly lower than the rivals.

In a bid to attract users and make them use bandwidth, they’re handing out TVs to hook users on movies and entertainment shows via internet. Lifetime subscribers get a 4K set top box for streaming TV channels, while a 4K television set would be complimentary with plans with higher payouts such as ‘Gold’ and above. 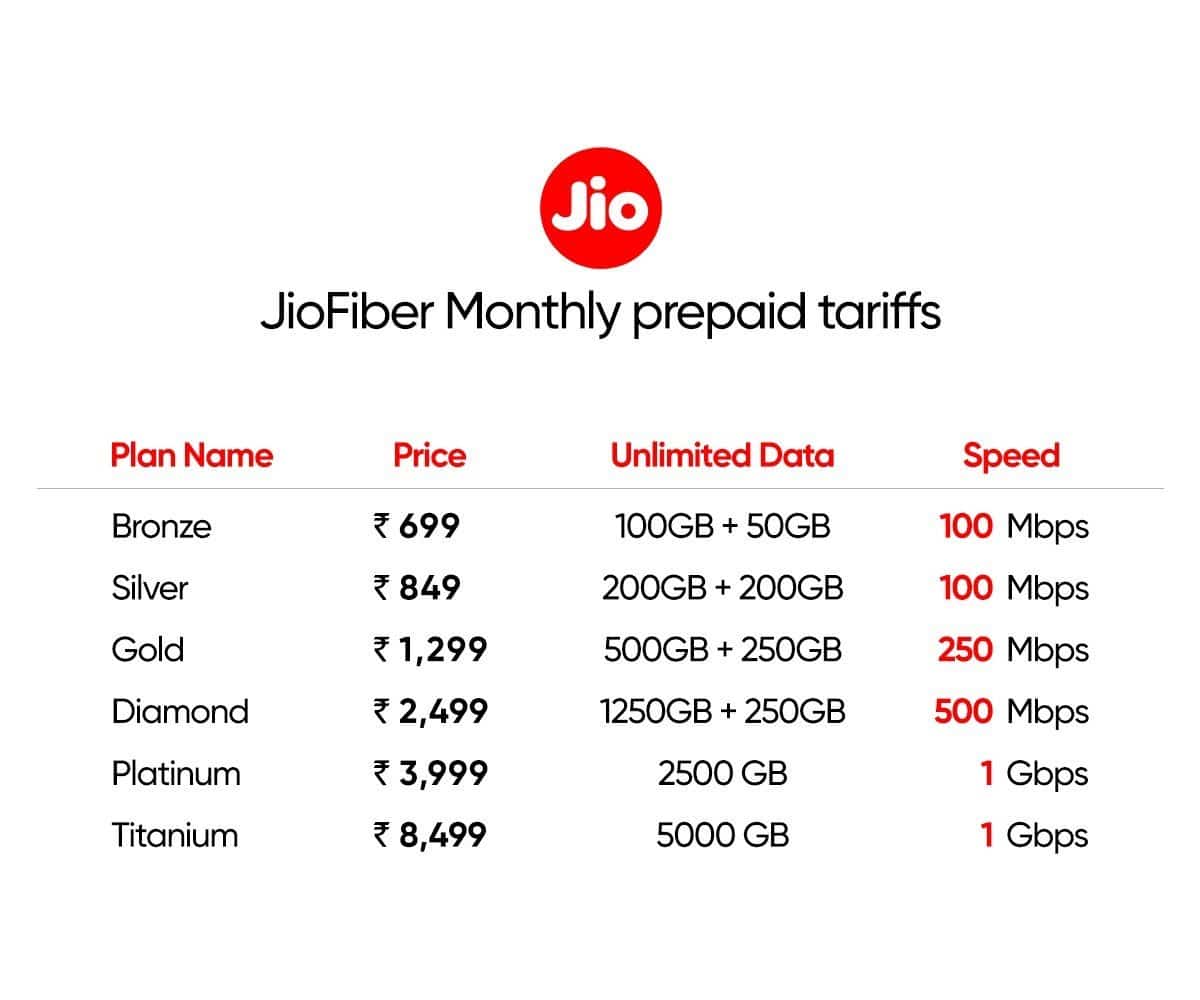 To get a new connection, a one-time charge for installation will be applicable — INR 2,500 (US$ 35), out of which INR 1,500 will be the refundable security deposit for the Jio router. Rest will be non-refundable.

Instead of relying on hardware sales for revenue, the company is making internet bandwidth its main selling point. Higher data consumption translates into better revenues, indirectly covering up the cost of providing complimentary hardware.