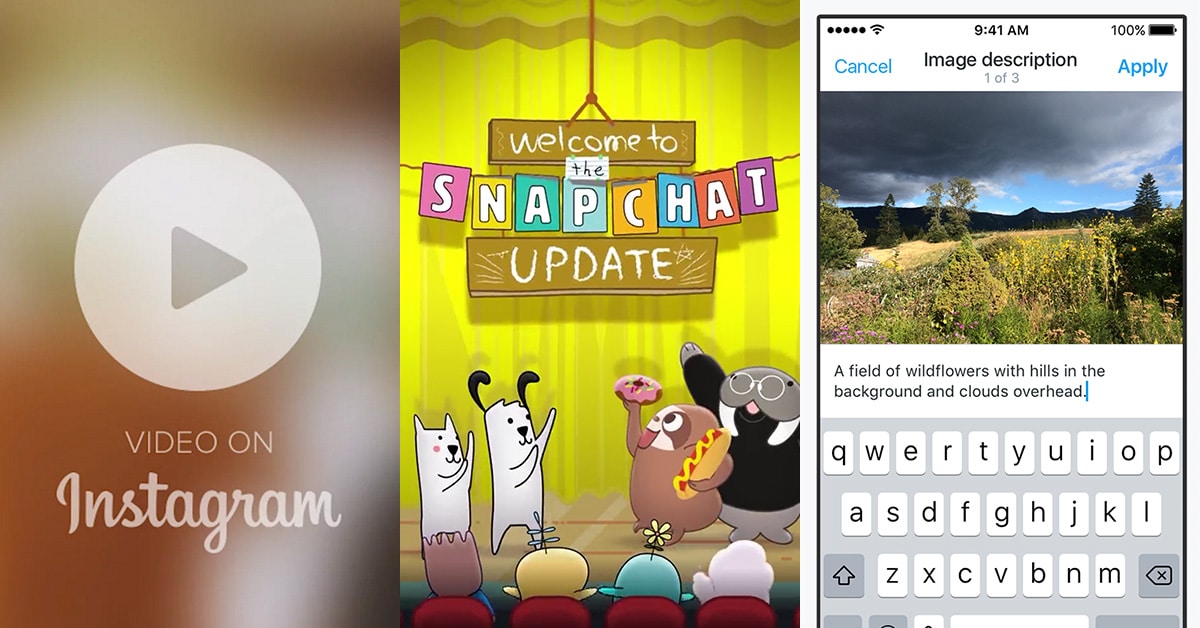 It’s a big day for smartphone users as Instagram, Snapchat, and Twitter roll out major updates to their iOS and Android apps.

60-second videos on Instagram will be available on iOS starting today, the photo-sharing app said in its blog post. This comes more than a month after it announced the expansion of video ads from 30 seconds to a full minute, giving advertisers more flexibility in time for Super Bowl 50.

Instagram first introduced videos in June 2013, which have only been limited to 15 seconds until today. The amount of time people spend watching videos on the app increased by more than 40% in the last 6 months, says the announcement.

Roll out for Android will be available in the coming months.

Previously, users can only video chat when both parties have each other’s Chat page open. With Chat 2.0, you can start a video chat with any of your friends, whether they are online or offline. Your friend can choose to ignore your video chat, watch, or join you the same way a video call works. You can also now send messages simultaneously during video chats. 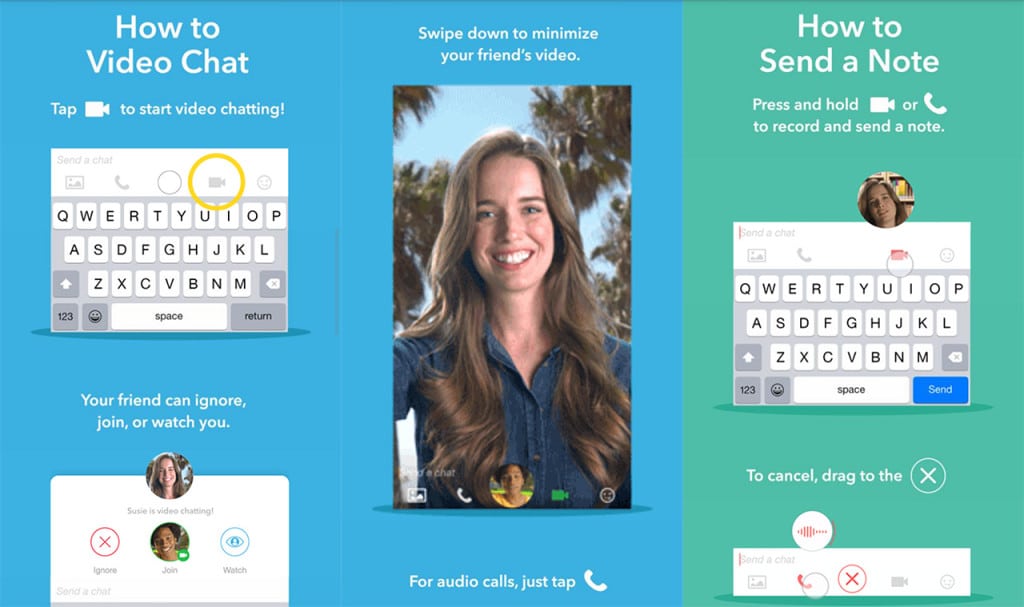 If video calling is not for you, audio calls are also now available and will work the same way as video chatting. Chat 2.0 also added GIF-like video notes that appear as round thumbnails and audio notes, much like voice messages, that you can leave for your friend to see or listen to when he comes online.

Or maybe stickers can say it best for you? Snapchat also introduces virtual stickers to its chat just like the ones offered by messaging apps LINE, Viber, and Messenger. Typing keywords like ‘love’ will search the Snapchat trove for matching stickers you can use. While searching is more convenient, switching from one sticker pack to another needs more effort – you’ll have to scroll down endlessly to find the sticker you’re looking for.

Snapchat also introduces Auto-Advance Stories. Watching your friends stories is now made easier, with each one loading automatically right after the other. This eliminates having to swipe down to exit and selecting another story to watch. 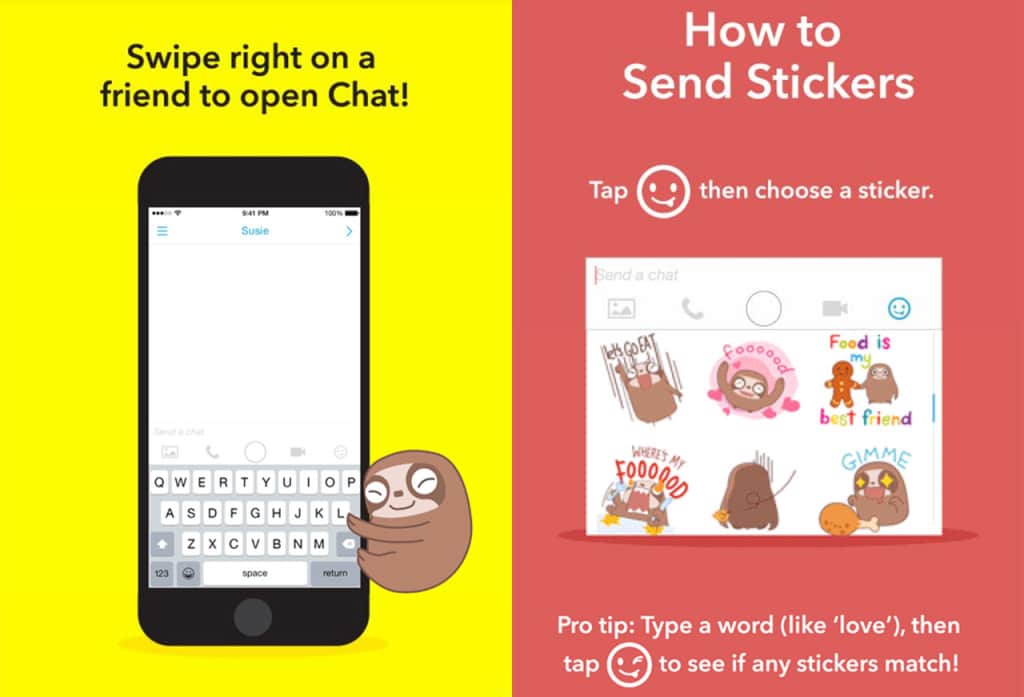 An add description button will appear on each photo you add to a tweet, allowing for up to 420 characters that should help describe and convey the same information as the image.

Adding alt text for images is the first principle of web accessibility according to WebAIM. It essentially replaces images for people with visual disabilities, so they can have access to them through screen readers or braille displays.

To enable this feature, go to your iOS or Android app’s accessibility settings. 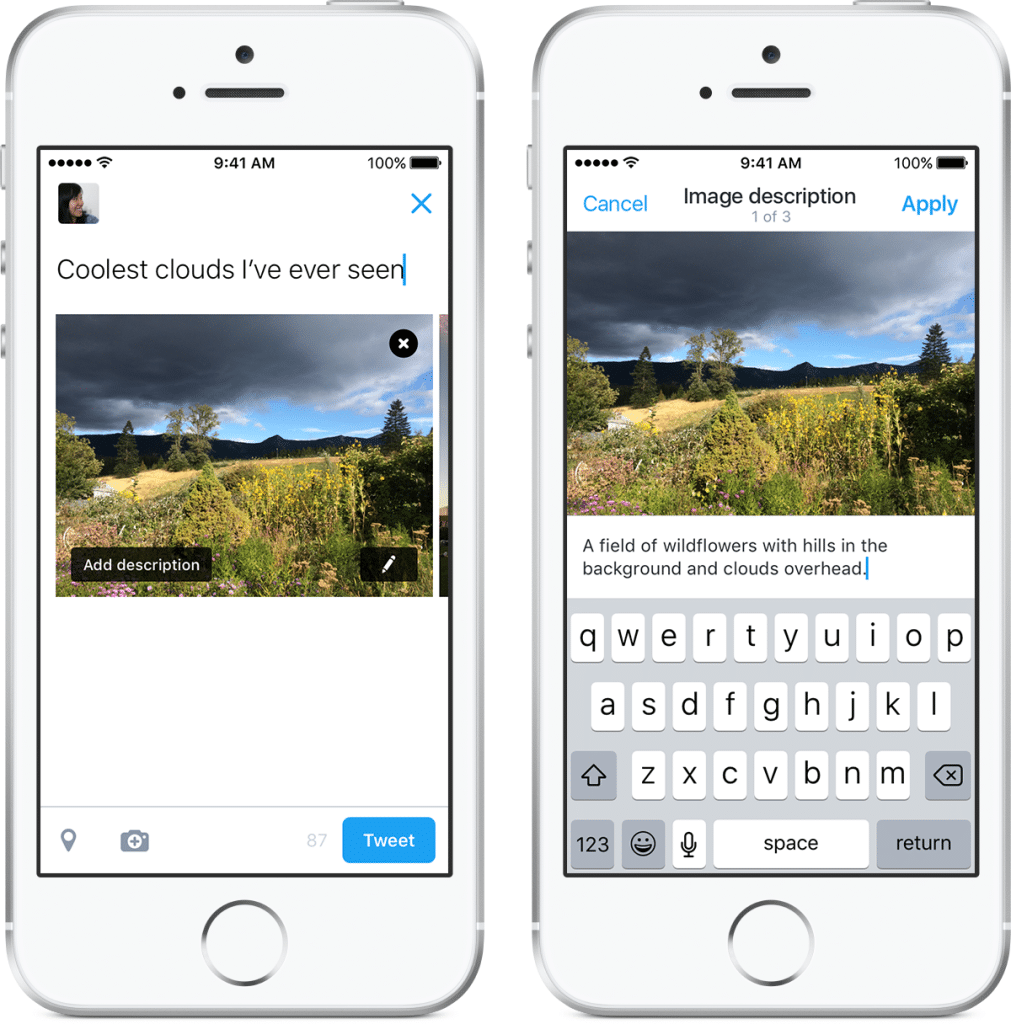