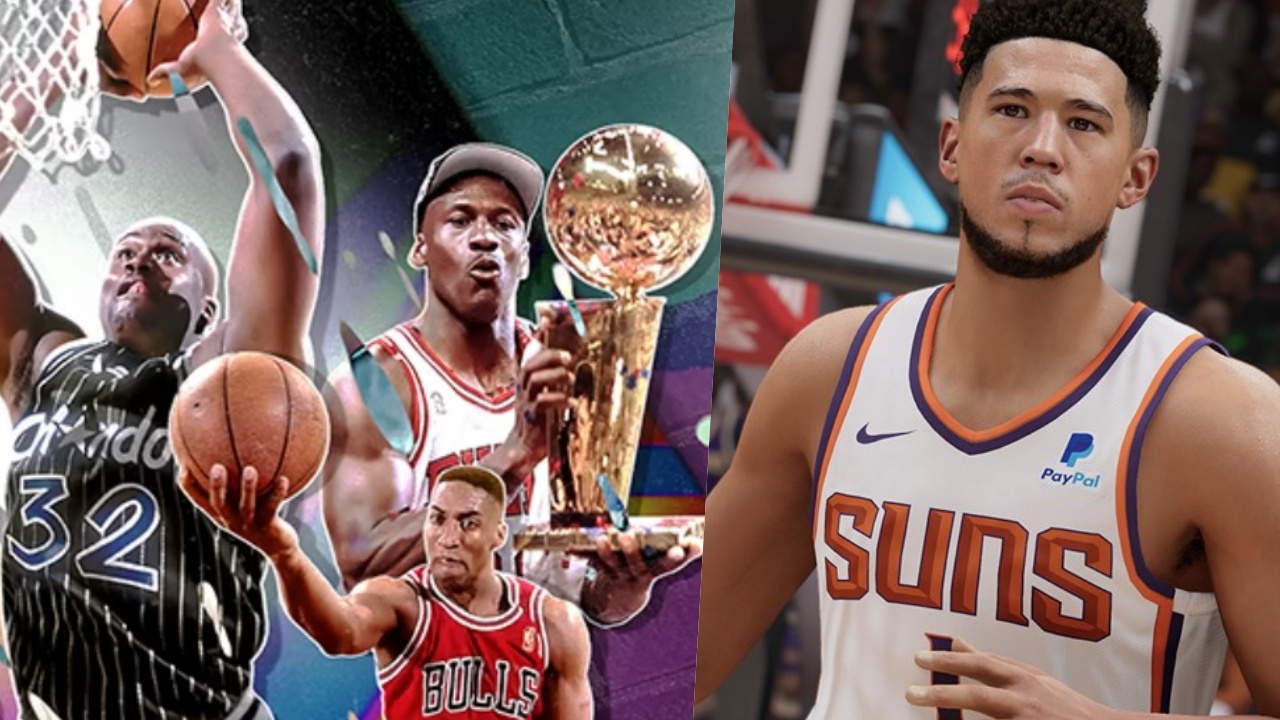 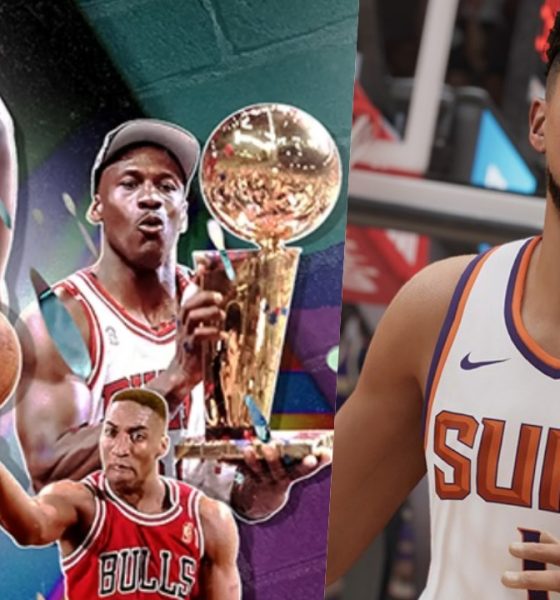 Everything new in NBA 2K23

As we all know by now, NBA 2K23 is releasing worldwide on September 9, 2022 across various consoles, with Phoenix Suns superstar Devin Booker as its cover athlete.

Pre-order is currently available for the following editions:

Ahead of its release, we have compiled everything new about the game, from its Jordan Challenge and MyNBA eras to vast gameplay improvements to get more players even more ready and excited.

To top it all off, there will be more gesture combos to the Pro Stick, including double throws and switchbacks as 2K is focusing on adding new weapons for shooting and ball handling – which kind of reflects the real NBA game that is a guard-centric league nowadays on offense.

This means slashers will be able to perform a better variety of layups. Sizing up and dribble hesitation moves will also be a fun way for friends to family to engage against each other. Post players won’t be left behind either with opportunities for drop steps and hop shots.

New layup packages have also been added for both New Gen and Current Gen, while more combos are available for dunks when driving to the basket while the Sprint trigger is held. In addition, players will also be able to do rim hangs to flex their dunks by keeping the Sprint trigger held.

Defensively, on-ball defense, shot-blocking, and steals and ball strips have all been refined to be more realistic. Guards for example will not be able to do chase-down blocks although block targeting has been improved while fly-by blocks will prevent late contests on jump shots leading to automatic fouls when they crash into the shooter.

The centerpiece of NBA 2K23 is the Jordan Challenge, which will enable users to recreate Michael Jordan’s career and play 15 of his legacy-defining games from his college championship up to the game-winner in the 1998 NBA Finals.

It will be a definitive retelling of Jordan’s most iconic games, with 2K employing a unique video filter system to recreate the television experience from the 1980s and 1990s. And it’s not just the feel; the gameplay has also been adjusted to make it more 80s and 90s, which obviously has a relatively slower pace and more physicality compared to today’s NBA.

Also included in each game are pre-game interviews of Jordan’s teammates, coaches, and those who have covered his memorable games throughout his career. This list will include:

Now, for the part fans are anticipating: There will 15 challenges as mentioned, and in each game, there are three goals to hit. Collect 40 stars and you will unlock unique rewards for MyTEAM and MyCAREER modes.

Some of the most notable games to be relived by players in the Jordan Challenge are: 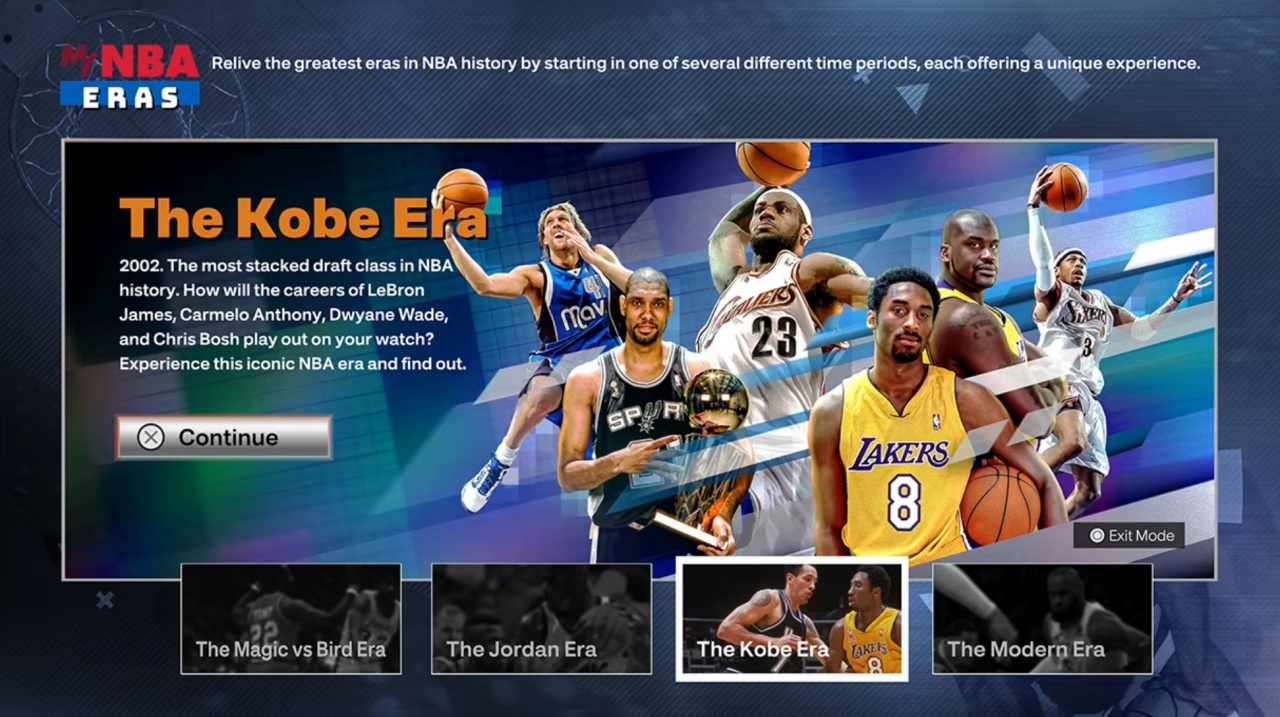 A staple of NBA 2K, MyNBA lets players alter the course of history and have control over players’ destinies in their own alternate reality. What if we told you things are only going to get better?

With MyNBA eras, players will now have the chance to start their MyNBA saves from four different eras: The Magic vs Bird Era, the Jordan Era, the Kobe Era, and the Modern Era (present).

This way, gamers will be able to answer a ton of “What if?” questions by reliving different time periods.

The Magic vs Bird era starts in 1983, right before the historic 1984 draft class. That includes Michael Jordan and Hakeem Olajuwon even set foot on the NBA.

The Jordan era begins in 1991, the dawn of the Chicago Bulls’ unstoppable dynasty in the decade. What’s interesting is that now, Jordan may skip the time off. There’s also a certain Shaquille O’Neal joining the league soon, and he will definitely make an impact should he land on a different team.

Lastly, the Kobe Era will take you back to the 2000s, where the likes of Kobe Bryant, Tim Duncan, Dirk Nowitzki, Kevin Garnett, and more ruled the NBA. It will start from 2002. That’s right before the 2003 draft class that includes LeBron James, Dwyane Wade, Carmelo Anthony, and Chris Bosh.

What if Shaq and Kobe never parted ways? Will the Miami Heat still win a title or will the San Antonio Spurs ever win three in the decade? It’s all up to you to decide how everything plays out.

Classic court designs, uniforms, and broadcast presentation layouts will also be featured in each of the throwback eras to add a more authentic vibe to it. When it comes to league rules, the player has control. Teams can rebrand from Seattle to OKC, for example, as early as the 1980s. Expand the league to 36 teams? It’s all up to you. 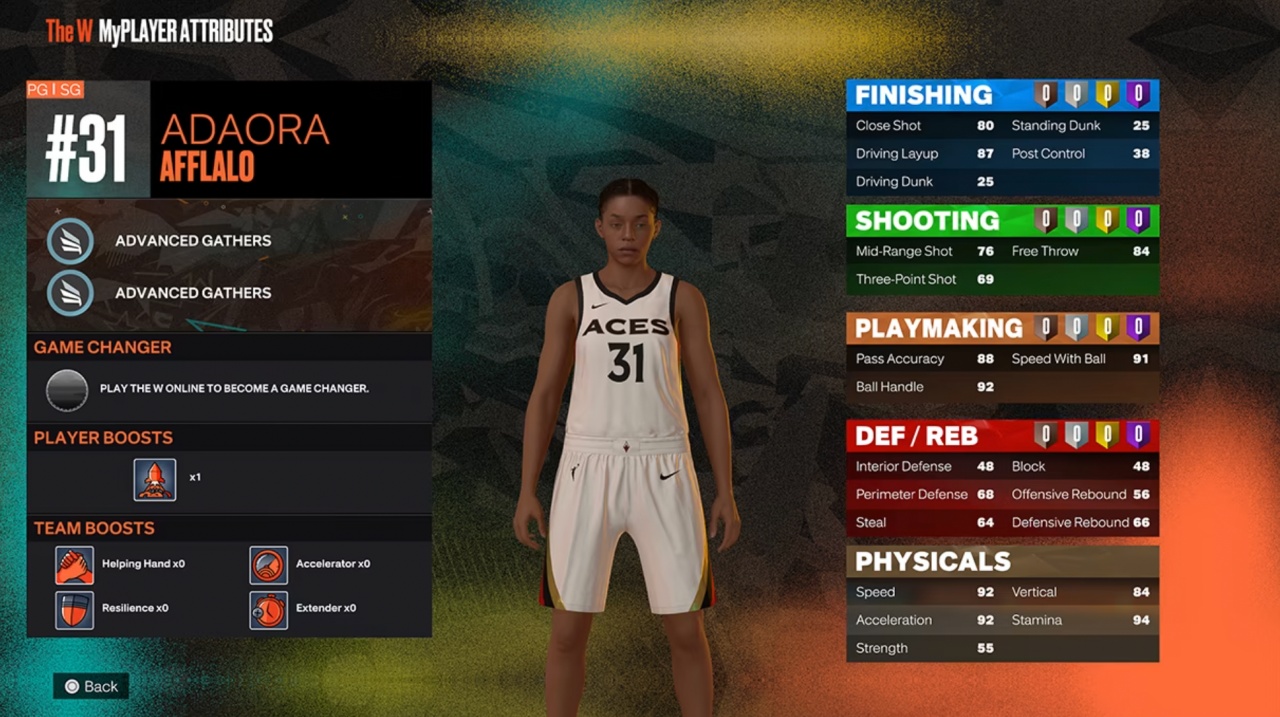 Lastly, on New Gen consoles, you’ll notice an even bigger and better WNBA experience with the addition of an All-Star Game and the Commissioner’s Cup and The W Online community progression.

There will be lots of rewards, including WNBA Jerseys, Logo, and Coach MyTEAM cards. Contact Challenges will also be available wherein players will team up with others through Contact Workouts to progress further through the mode.

Game Changers, on the other hand, allow for Player Boosts for the community to reach their weekly goals. Speaking of jerseys, the game has expanded to 60 WNBA player jerseys spanning multiple seasons.

What will be great about the WNBA side of things this time around is its league expansion which allows players to build the future they want for the W.

Progressing to the maximum level 10 in League Popularity in The W will unlock 2 Expansion Team slots. From here, you can control how the league expands – from picking the city of the expansion franchise to building their home arena, logo, and uniform designs

When it comes to playing MyTEAM, NBA 2K23 has also added new updates. Highlighting the updates is the US$ 250,000 MyTEAM Unlimited Tournament which marks its return this year for each console generation.

Reach the Emerald Tier in the new Unlimited before the first GameDay on October 15, 2022 to participate. Finalists will be brought to an in-person setting to crown the US$ 50,000 Console Champions and US$ 200,000 Grand Champions.

Other new things to look forward to include:

Trophy Case: Another new way to earn top tier players from each franchise is by competing a team’s Trophy Case, where one can earn a Pink Diamond player for each team