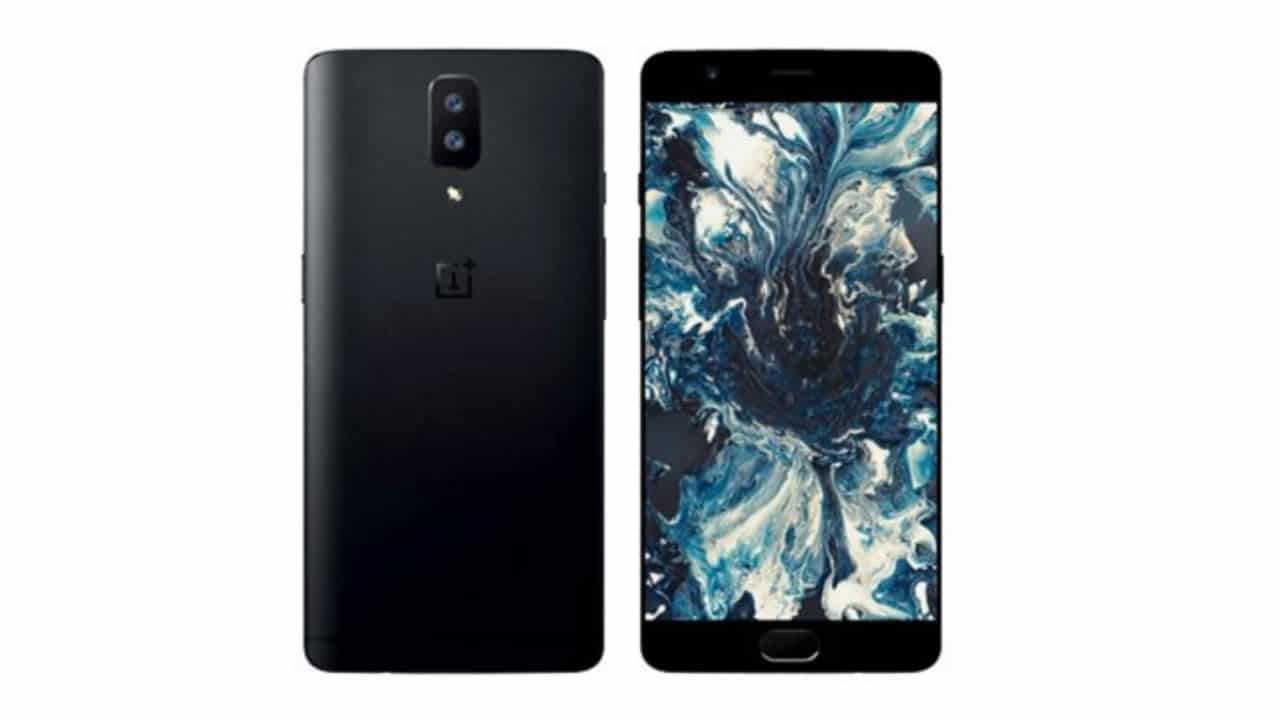 OnePlus fans rejoice! The company has confirmed to The Verge that its next flagship is coming soon and will be named the OnePlus 5.

Plenty of reasons. First, it is the fifth phone in OnePlus’ lineup with the fourth one being the OnePlus 3T. Second, like many other Chinese companies, OnePlus is skipping the number four, as it’s considered unlucky because of its relation to death. Last, and curiously, OnePlus told The Verge that many of the company’s employees are fans of retired NBA player Robert Horry who sported the number five on his jersey. They are such big fans that they actually have paintings of “Big Shot Rob” in their office. 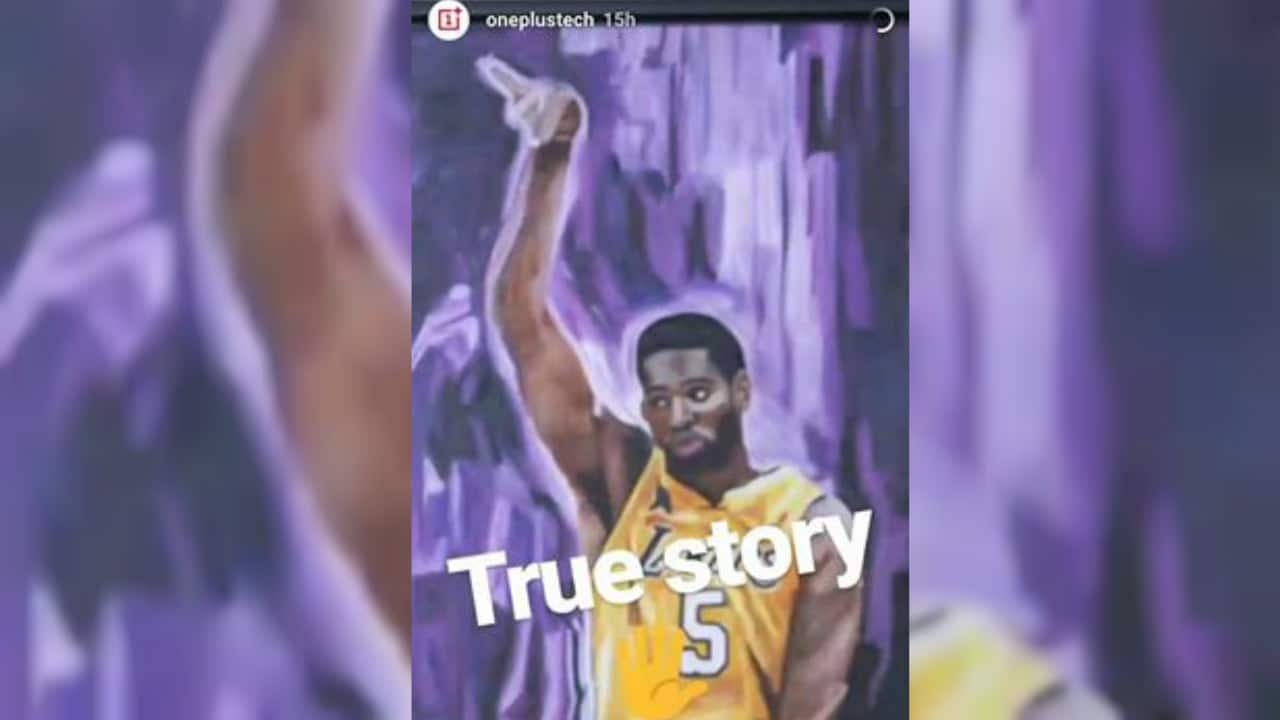 Don’t expect OnePlus to drop its “flagship killer” tag any time soon. Like its earlier phones, the OnePlus 5 plans to take on current flagships with components that rival, if not exceed, the likes of the Samsung Galaxy S8 and the LG G6.

Powering the smartphone is the latest from Qualcomm, the Snapdragon 835 processor. There have been rumors it will match the OnePlus 3T’s memory and storage options (6GB RAM, 128GB storage), but other rumors pointed to a variant that will have a whopping 8GB of RAM and 256GB of internal storage.

However, notable tech scooper Evan Blass posted on Twitter a product listing of the OnePlus 5 on online shopping site GearBest with a rather comprehensive look at the specs. 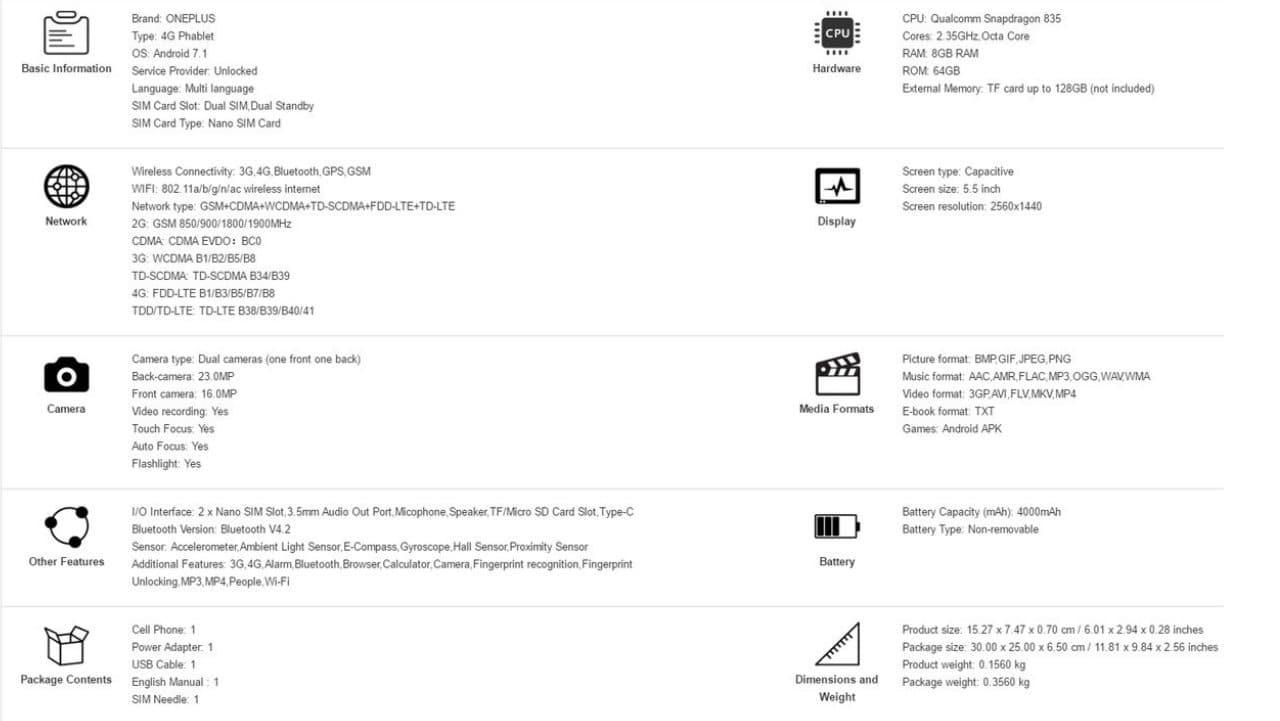 From the looks of it, the OnePlus 5 will indeed come with 8GB of RAM, but not with the massive internal storage indicated by earlier rumors (only 64GB on this listing). Interesting to note, though, is that the OnePlus 5 will have a microSD card slot that supports a storage bump of up to 128GB.

This particular variant also has two nano-SIM card slots and will support dual standby. From the way it’s detailed, it appears it won’t be the usual case wherein one of the sim card slots converts to a microSD card slot. That’s great news if you need both slots and the additional storage!

The listing also includes an image of the OnePlus 5, and the first thing you’ll notice is the vertical dual cameras on its back. 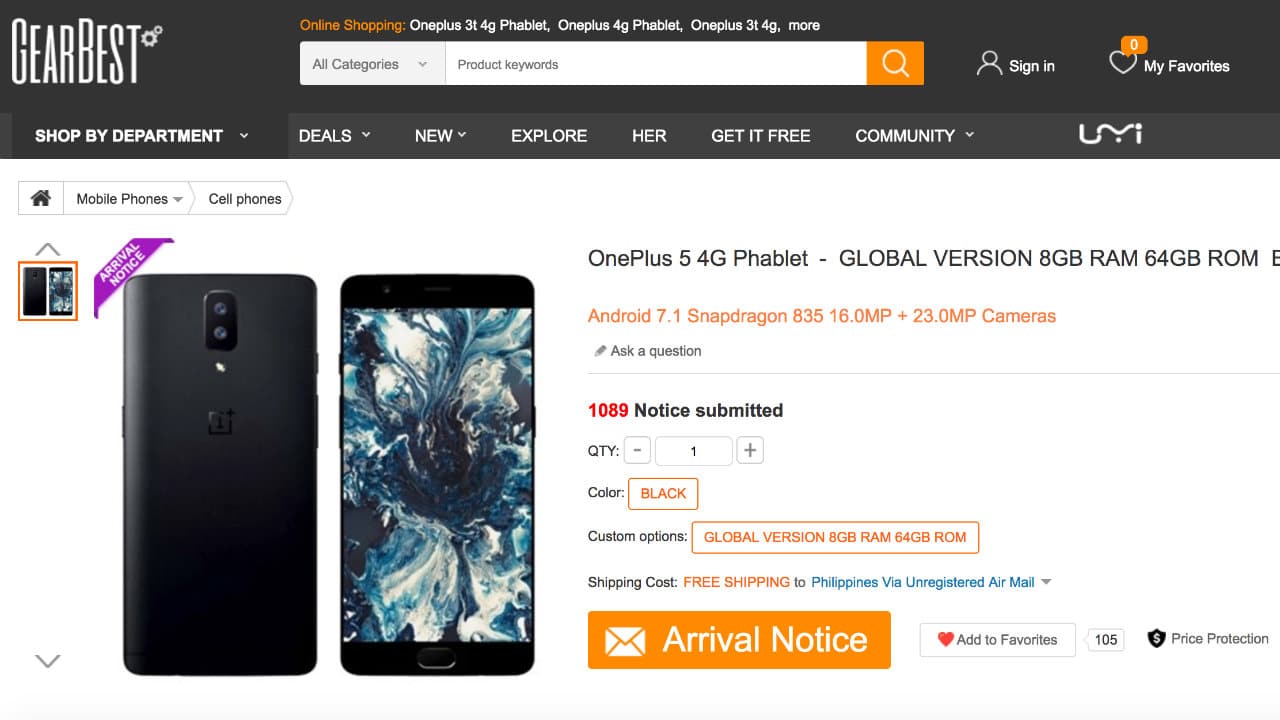 The specs sheet only lists 23 megapixels on the back camera, and 16MP on the front. We’re not sure if it means the other back camera also sports 23MP, and what kind of functionality it will offer. If you’re curious about dual cameras we have listed 5 facts about them that you may want to know.

Despite the slight body adjustments, OnePlus managed to pack a bigger non-removable battery at 4000mAh compared to the 3 and 3T’s 3000mAh and 3400mAh capacities, respectively.

No IP-whatever rating, which suggests you will still need to keep it from getting wet. It will also have the standard headphone jack in case that’s something you were worried about.

When is the official announcement?

Your guess is as good as ours. OnePlus hasn’t exactly been consistent in terms of launch dates for its phones, but it did tell The Verge the phone is coming this summer, so expect a June or July release.