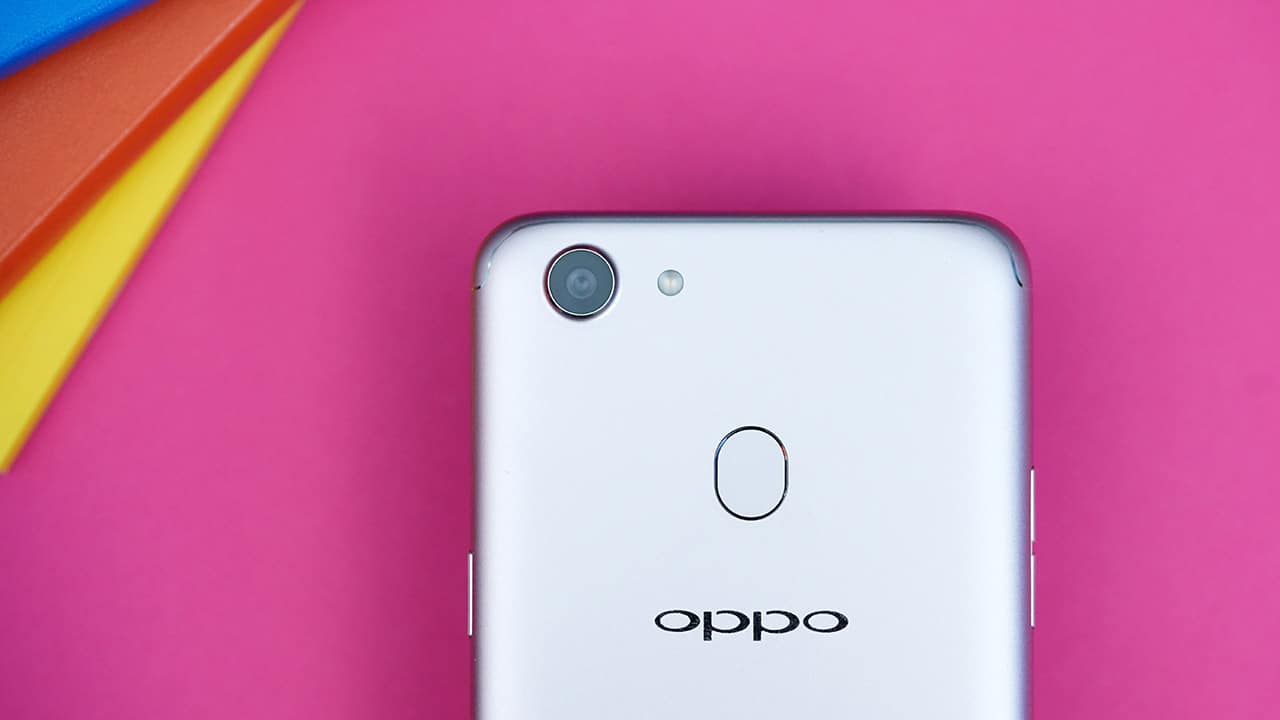 There’s a fierce competition going on right now in China for smartphone market share dominance. OPPO is currently leading the pack, but Chinese rivals are breathing down their necks.

Counterpoint’s latest monitoring report reveals an 18.9 percent shipment market share for OPPO in the third quarter of 2017. That’s a significant increase from the 16.5 percent during the same period last year, but other brands are doing just as well.

Huawei and Vivo are in a virtual tie for second, and any slight shift could mean either of them could overtaking OPPO for the top spot. The two Chinese tech giants have covered lots of ground since their showing last year; Huawei, in particular, gained a 3.7 percent year-on-year growth.

Xiaomi also had a strong third year thus far, posting a 13.8 percent shipment share, which is way above last year’s 10.3 percent and enough to keep Apple away from the top four.

Counterpoint claims that the R11 was the best-selling phone of the quarter, helping OPPO propel itself past the competition. Although Huawei doesn’t have a clear money maker, their balanced offering across all price points has been beneficial for them.

Xiaomi’s strong performance, on the other hand, was boosted by high demand for both their lower-end Redmi 4 series and higher-end Mi 6 flagship. Their renewed presence in offline channels also created a solid impact. 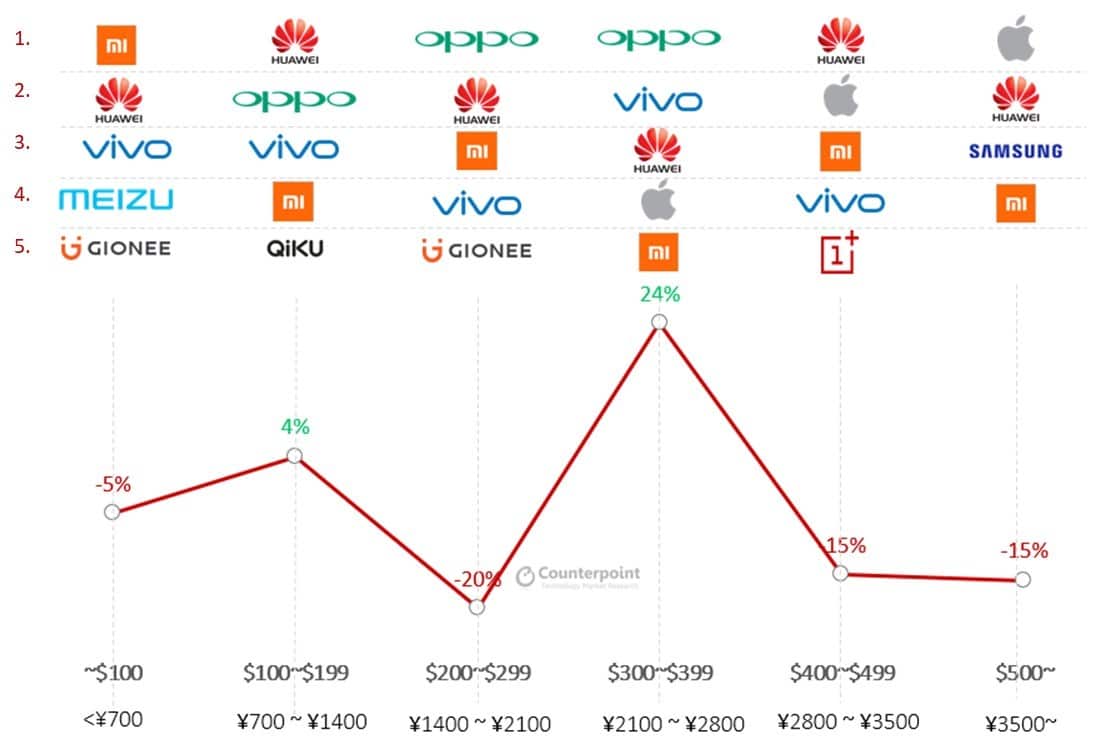 The graph for shipment growth above proves how important the US$ 300 to US$ 399 segment is becoming. This is where OPPO, Vivo, and Huawei flourish the most, and is also the reason why Apple is having a difficult time raising its market share in China.

This could all change once the more premium handsets, such as the Huawei Mate 10 Pro and Apple iPhone X, begin rolling out across Asia. Consumer spending would also rise in the final quarter of 2017 once the holidays trickle in.