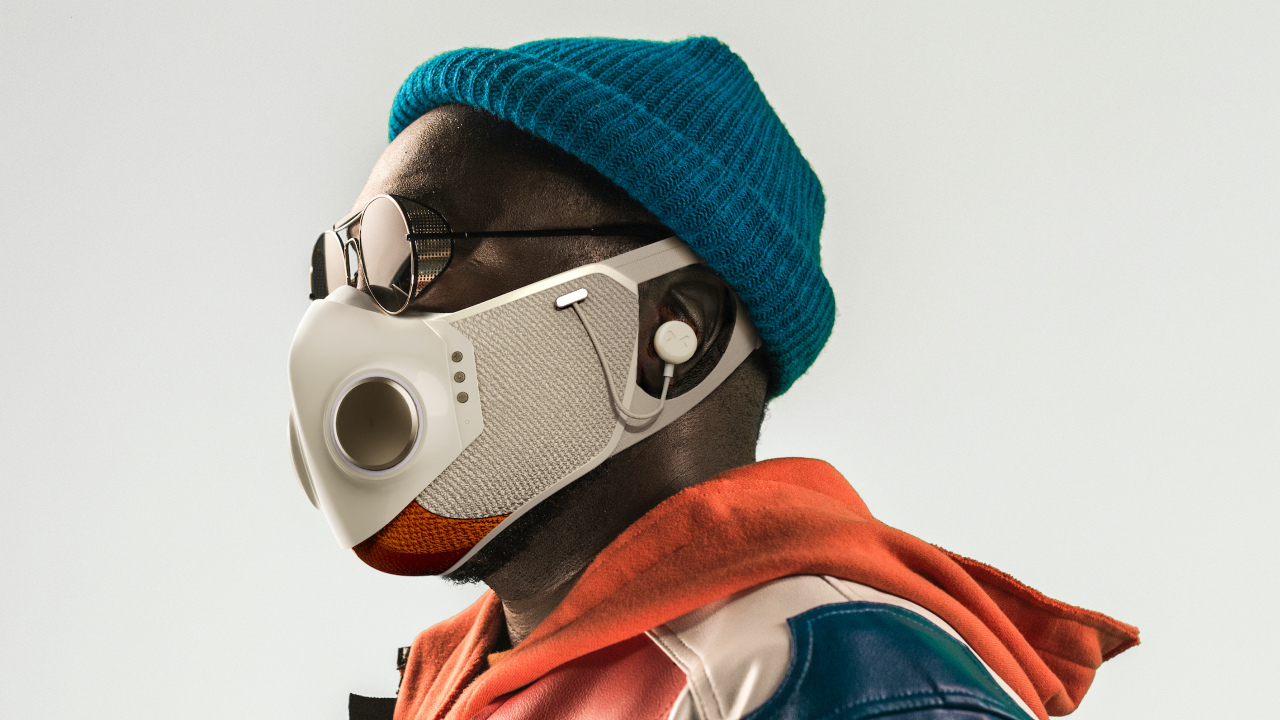 It’s been a little more than a year since the Coronavirus pandemic forced us to embrace lockdowns, masks, and social distancing. Rapper Will.i.am has shown off a new mask called Xupermask, and it looks futuristic, fashionable, and directly out of a sci-fi movie.

The mask is developed by Will.i.am in partnership with veteran personal protective equipment maker Honeywell. The Xupermask has LED lights and noise-canceling Bluetooth earbuds that magnetically dock on the mask when not in use. The mask combines protection, design, and usability into one product, according to Will.i.am.

Thanks to Honeywell’s HEPA filter technology, the mask is also said to be easy to breathe through. The mask’s creator is confident that Xupermask has a bright future because it’s supposed to be worn for longer periods. It’s also got 3-speed fans to ensure maximum comfort. The earbuds can provide up to seven hours of playback on a single charge. 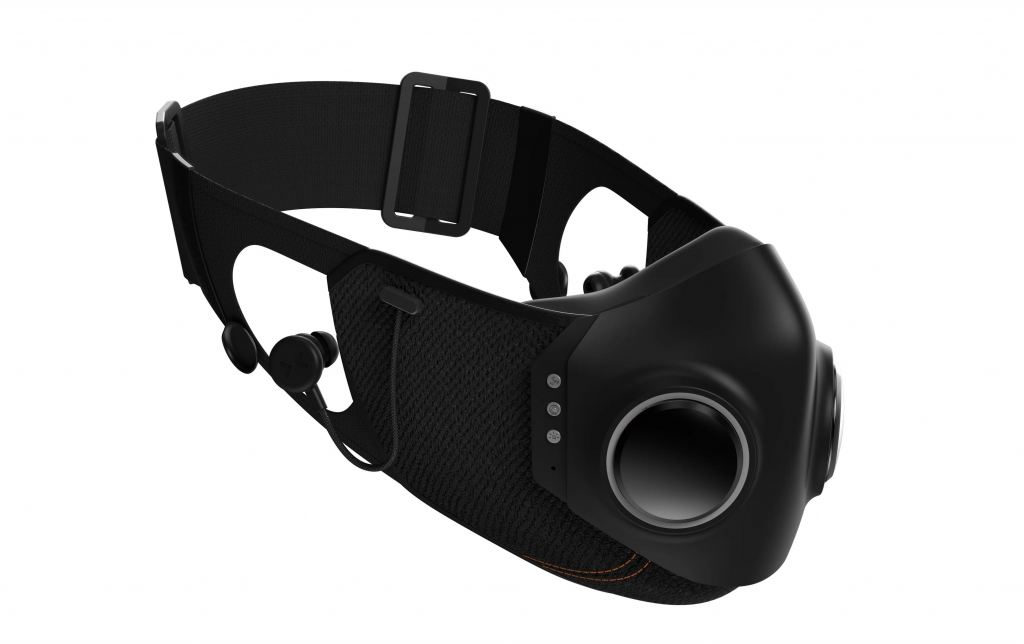 And, the product isn’t just for the pandemic. Will.i.am explained in an interview with CNBC that southeast Asian countries have always been open about masking up, and there’s immense demand for something different and convenient.

The Xupermask comes with a carry case, three months of HEPA filters, different-sized ear tips and a charging cable. The mask has not yet been FDA approved but has received authorization by the FDA for emergency use. The face mask goes on sale from April 8 in North America and Europe via a dedicated website for US$ 299. Color options include black and white.

Will.i.am has always been a technology enthusiast and has previously invested in multiple small and large projects. He’s the director of innovation at Apple, an investor in Tesla and Beats, and the founder of i.am+.

The We-Vibe Bond takes your stimulation to greater heights

Bring that foreplay to another level 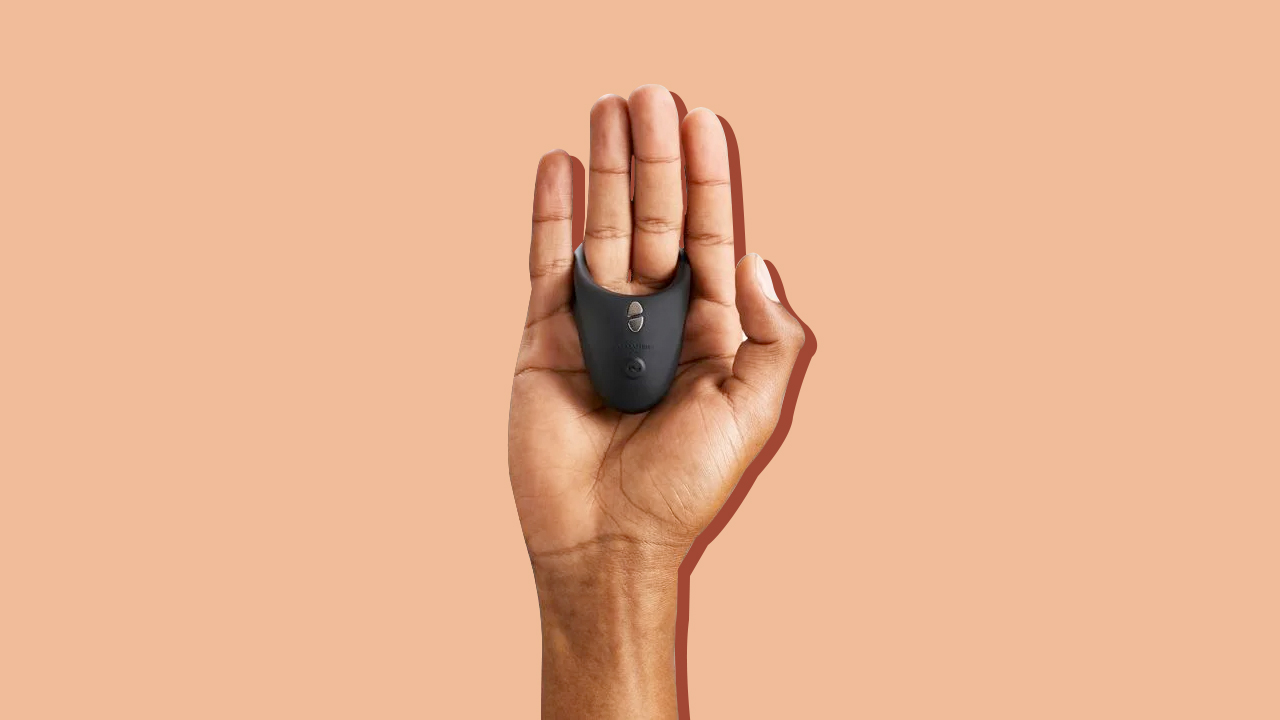 Sex toys aren’t just toys anymore. They’re infused with technology — aiming to help people in the art of self-pleasure, improve their relationship with themselves and their partners, and in some cases, aid in medical reasons.

The topic of sex, sex toys, and owning your sexuality is still a taboo in several countries — mine included — but it’s slowly turning around. This year, we’ve seen sex tech dominating the consumer technology scene. While most of them are apt for women, recently, some toys meant for men are evolving into connected wearables.

Such is the case for the We-Vibe Bond — a connected, vibrating stimulation ring (also known as cock ring), designed by We-Vibe, a brand specializing in all kinds of sex toys.

Cock ring, but make it connected

Connected cock rings like We-Vibe’s Bond can be worn discreetly and be operated and controlled remotely using an app. What sets Bond apart is a dedicated remote control that you can use when you and your partner are together.

The stimulation ring is designed in ultra-soft silicone material and comes with an IPX7 waterproof rating. Meaning, you can play with it in the shower or in your tub.

It has ten levels of intensity and ten modes of vibration, with an autonomy of up to two hours. Further customization of the intensity and vibration can be adjusted using the We-Connect app or via the remote control.

The We-Vibe Bond retails for US$ 129. Shop it on We-Vibe’s official website.

Fitbit decks out Charge 5, partnership with Will Smith

Strengthen up and join Will Smith in his journey 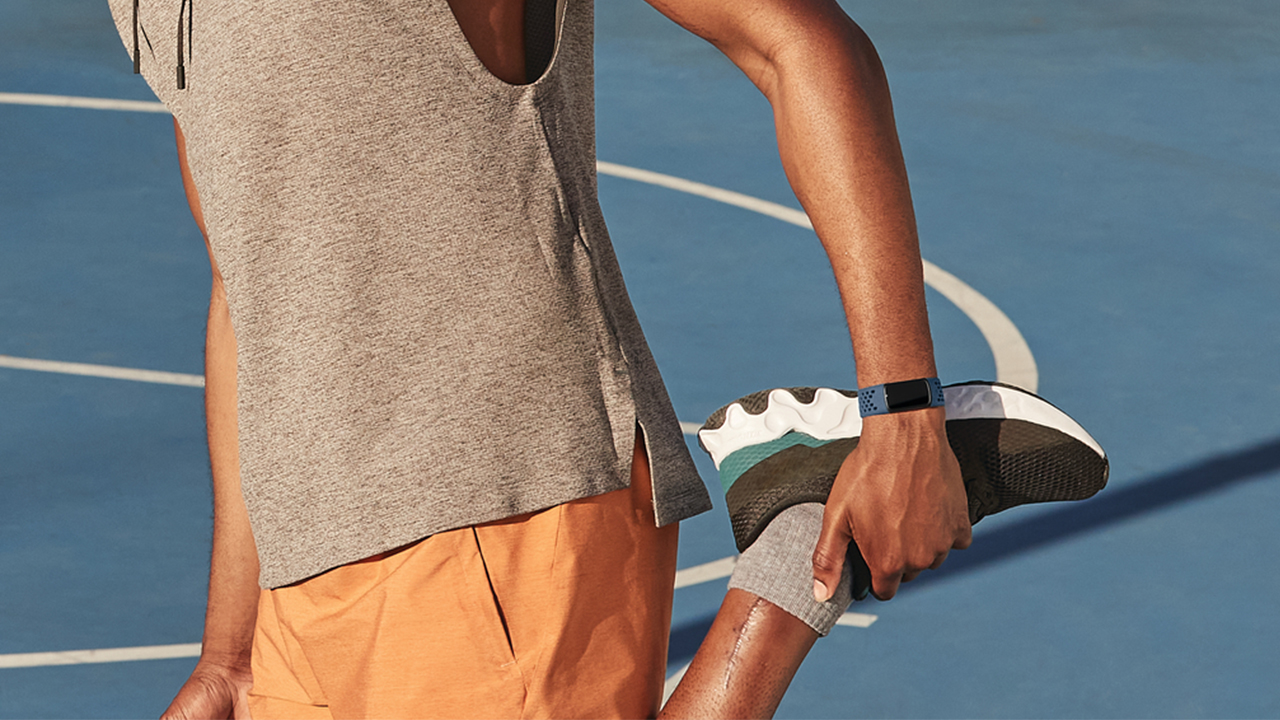 Fitness company Fitbit has just announced the Fitbit Charge 5 — its most advanced health and fitness tracker yet. The fifth iteration of the Charge lineup comes with new features and a thinner, sleek design built to empower you to focus on your health.

What do we have here?

First and foremost, the new Charge 5 comes with a brighter, colored touchscreen. It’s designed aerodynamically, and optimized for performance. It’s now equipped with a new AMOLED display, allowing the tracker to have an Always-On display option. Plus, it has better sunlight legibility — two-times brighter than its predecessor.

You can easily view your statistics, receive and send notifications from and to your smartphone, and choose from colorful clock faces — all with a swipe of a finger. 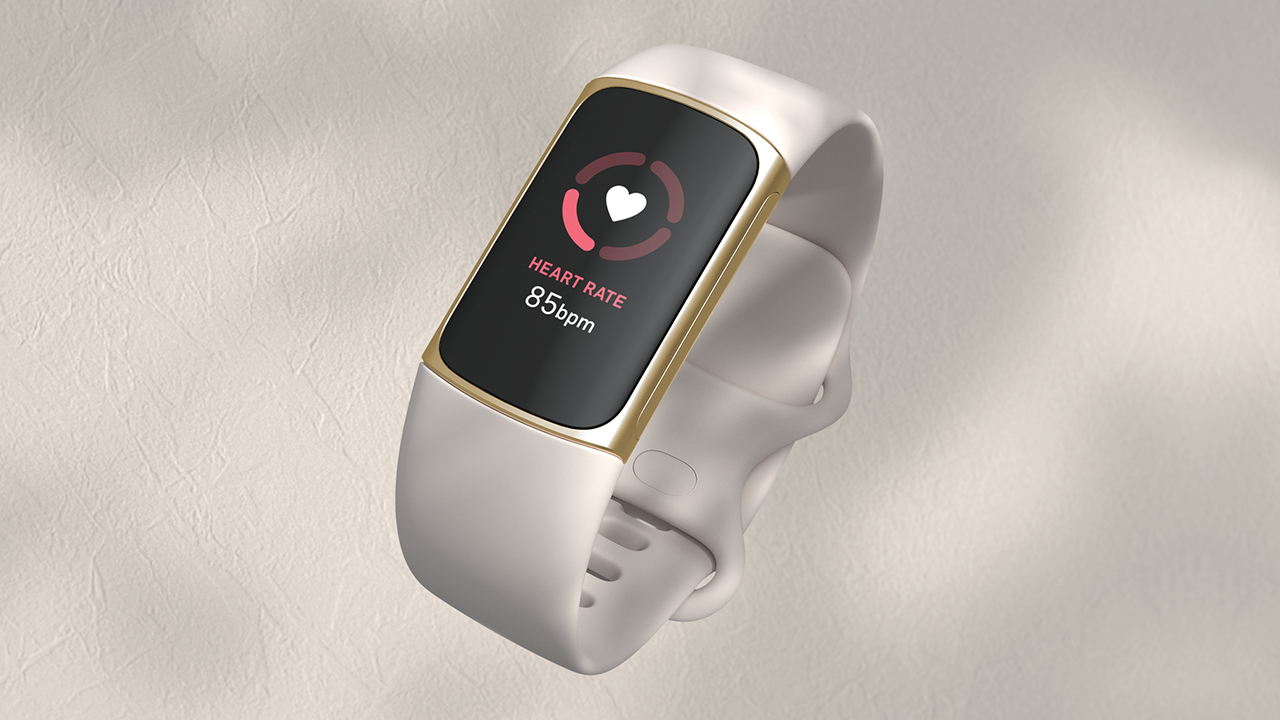 Like other Fitbit wearables, the Charge 5 tracks your heart rate 24/7 and constantly update you on your personal ranges. It also provides a holistic view of other wellness metrics through its Health Metrics dashboard in the Fitbit app. This includes breathing rate, skin temperature variation, and blood oxygen level (SpO2).

Furthermore, Fitbit’s industry-leading sleep tools such as Sleep Score, Sleep Stages, and SmartWake alarms are present in the new Charge 5.

Interestingly, the Fitbit Charge 5 comes with Daily Readiness Score. The new features helps you understand if your body is ready for a workout or if you need to rest. Its data is based on your fitness fatigue, heart rate variability, and recent sleep. 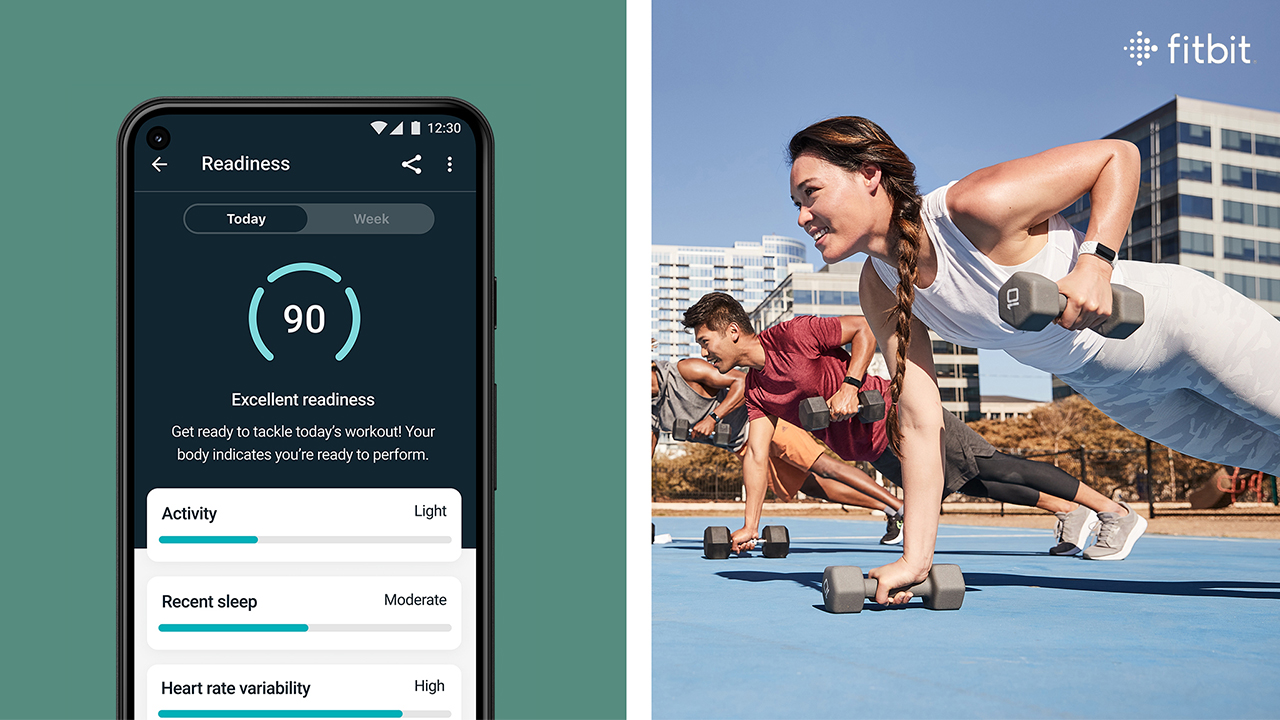 It also has a built-in GPS, with 20 exercise modes, and automatic exercise recognition for when you forgot to track your workout. And it has an estimate of your VO2 max, the maximum amount of oxygen you can utilize during your exercises.

Another noteworthy feature is its EDA sensor, which was first launched in the Fitbit sense. The sensor measures your body’s response to stress through tiny changes in the sweat glands on your fingers. And the Fitbit Charge 5 is the first tracker to include the sensor.

Of course, the battery still lasts up to seven days. And you can choose different bands to personalize your tracker. From lightweight silicone infinity bands, to breathable sport bands, plush nylon hook and loop bands, and even hand-crafted premium Horween leather bands. 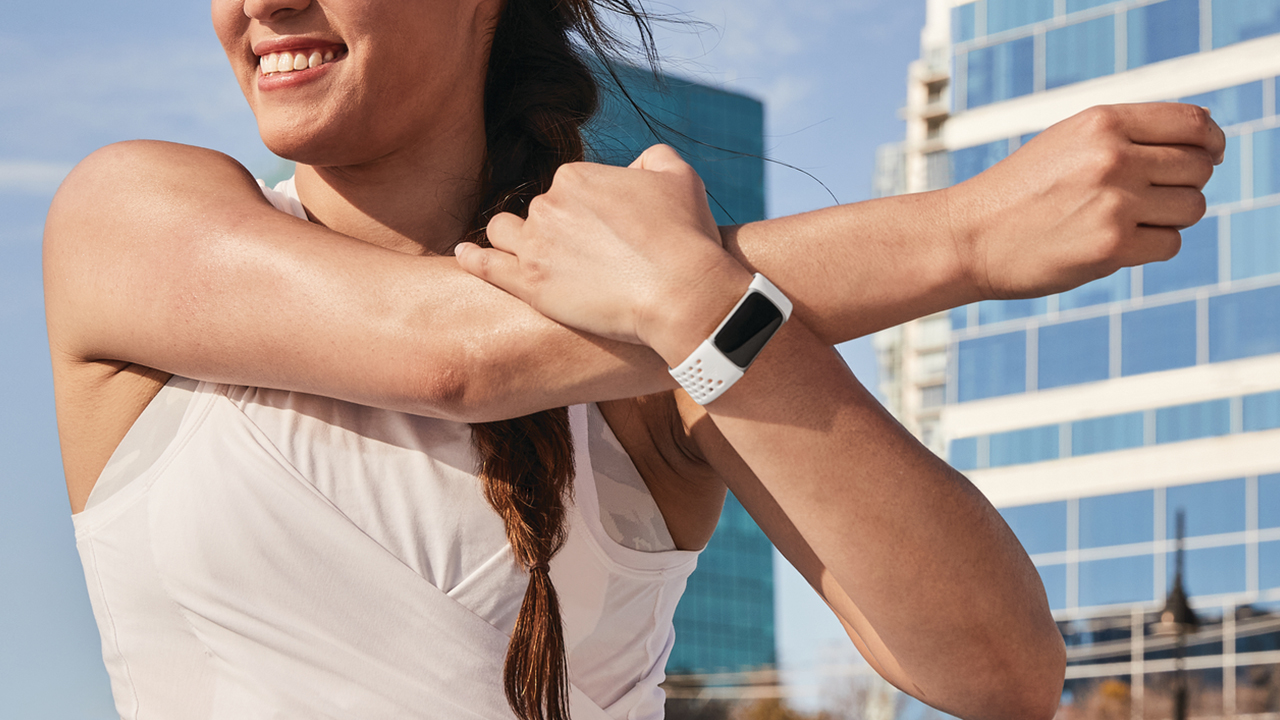 The Charge 5 also allows you to experience in-depth analysis, guides, tips, and tricks using its features when you subscribe to Fitbit Premium.

Fitbit Premium with Will Smith 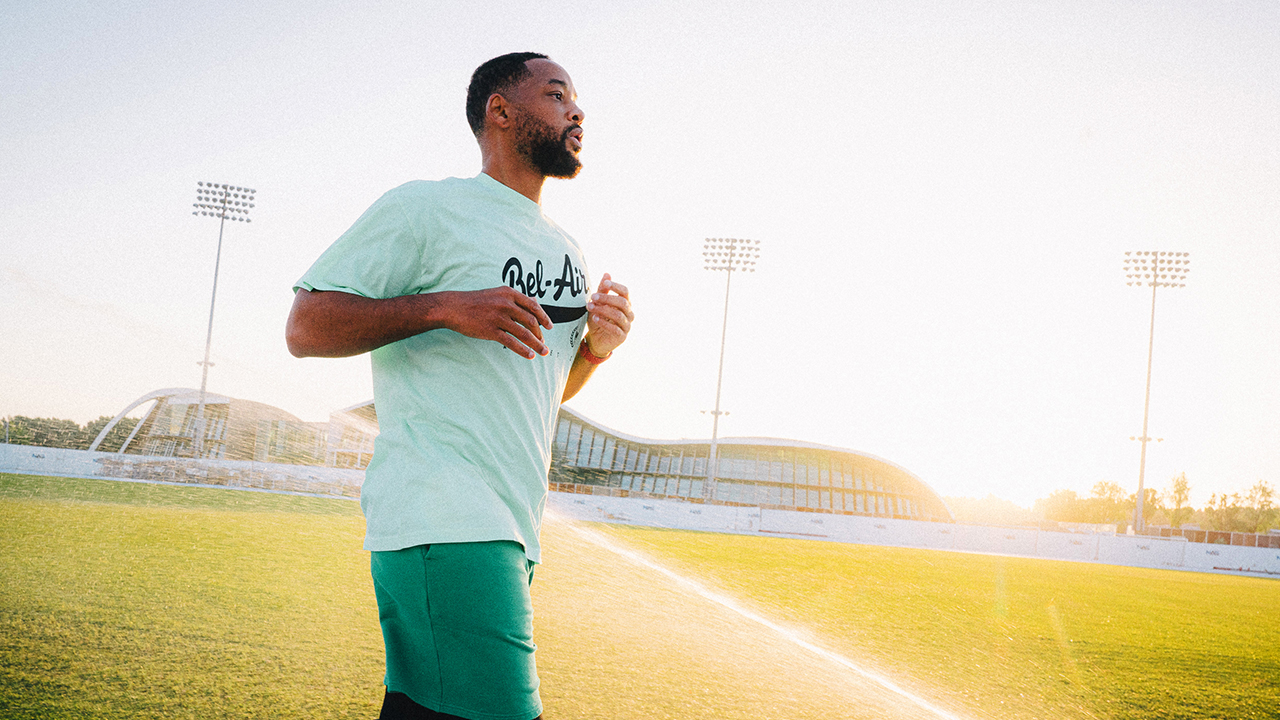 Speaking of Fitbit Premium, Fitbit recently partnered with actor, producer, and musician Will Smith. Smith is joining the Fitbit family as its newest ambassador. Premium members can join along his journey through his video sessions together with Smith’s training team.

The sessions will showcase mindfulness sessions and a wide range of workouts — from HIIT, strength, to yoga, and even meditation. The first session is launching on September 27. 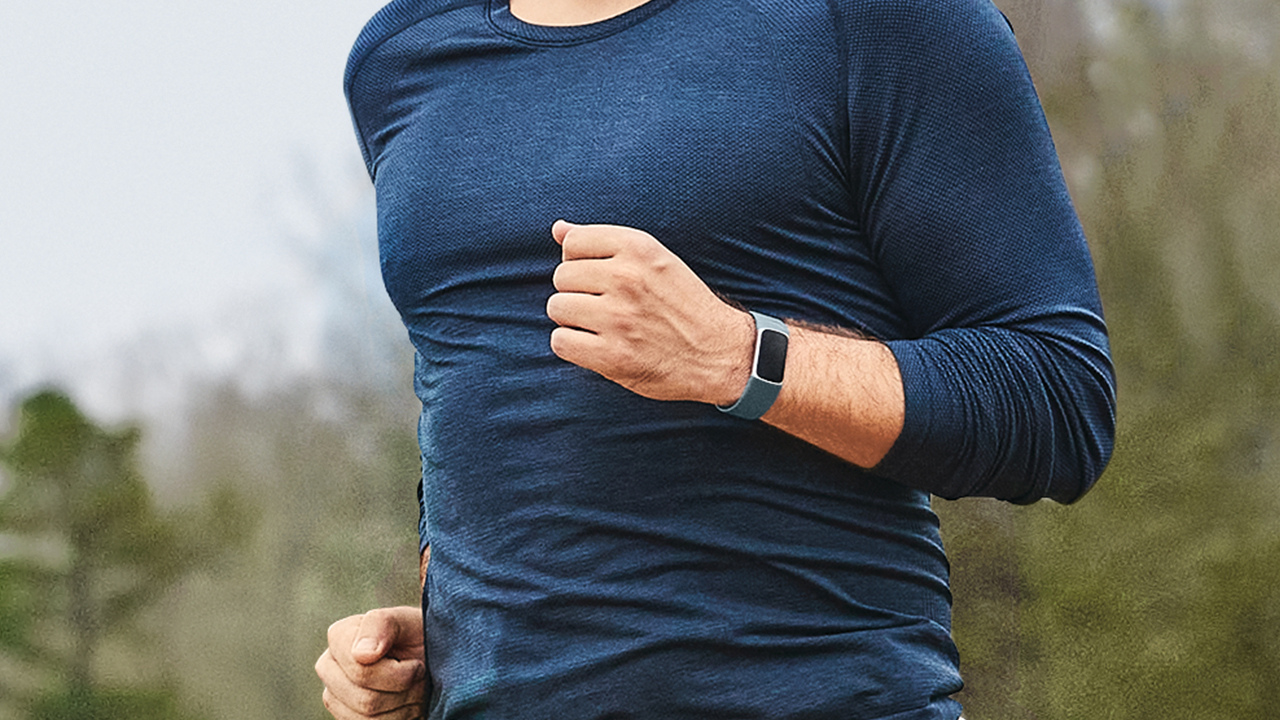 The Fitbit Charge 5 is available online at Fitbit.com for US$ 180 (PhP 11,990), which includes a six-month Premium membership for both new and returning customers. It will also come to major retailers such as Digital Walker and Fitbit’s Official Store on Lazada and Shopee, with worldwide availability this September. 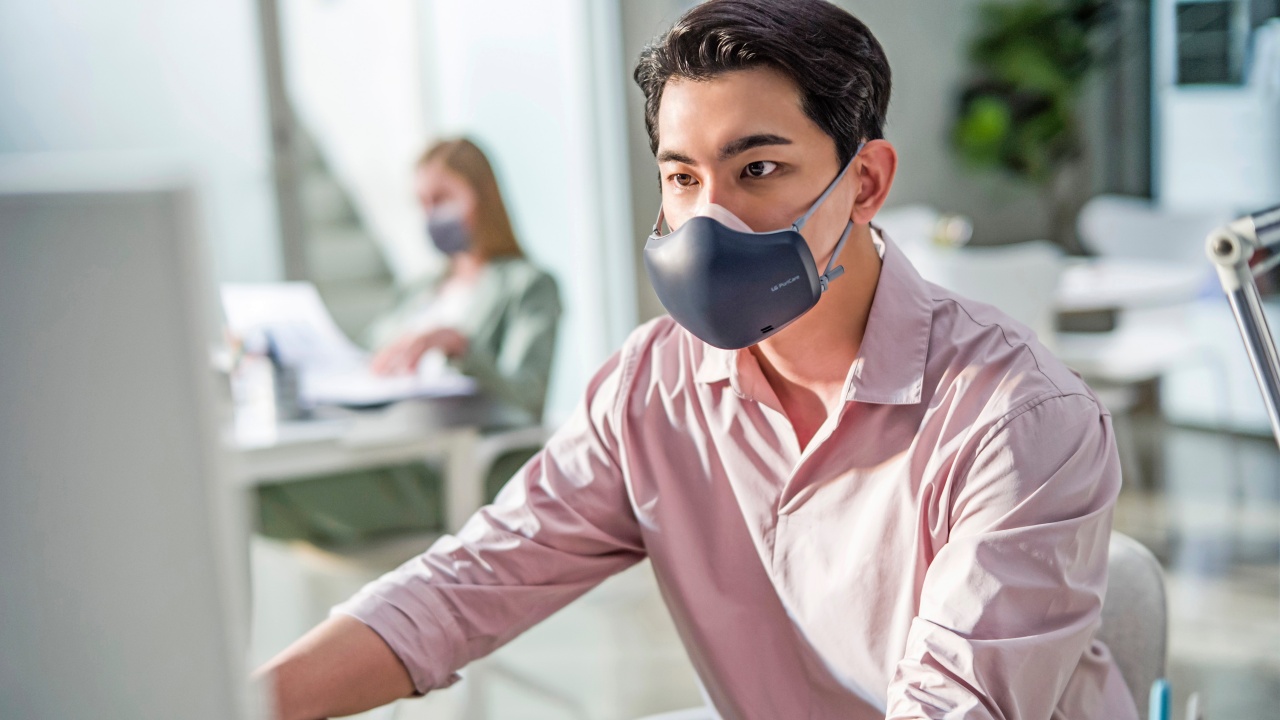 Wearing a face mask is mandataory but it presents a few problems. If you’re speaking to someone else, hearing their voice can prove difficult if you’re both behind masks.

LG is solving this by giving LG PuriCare VoiceOn users  access to a speaker and a built-in mic. With a voice amplifier, the mask can detect whenever the wearer is speaking and amplify it for them.

This upgraded version has a larger battery at 1000mAh compared to the first generation’s 820mAh. Charging time, LG says, will be around two hours. It also has a smaller motor that should make it easier to wear.

From filtering out the nasties in the air you breathe, reducing waste by allowing you to skip disposable face masks, and down to keeping your skin clear of maskne, it’s definitely tech’s answer to one of the biggest needs during this pandemic. Watch the video below:

The LG PuriCare VoiceOn comes in Creamy White and and Ocean Black and retails for SG$ 249. It’s available through official LG Lazada, LG Shopee, LG KrisShop and across all authorized retailers — Best Denki and COURTS.