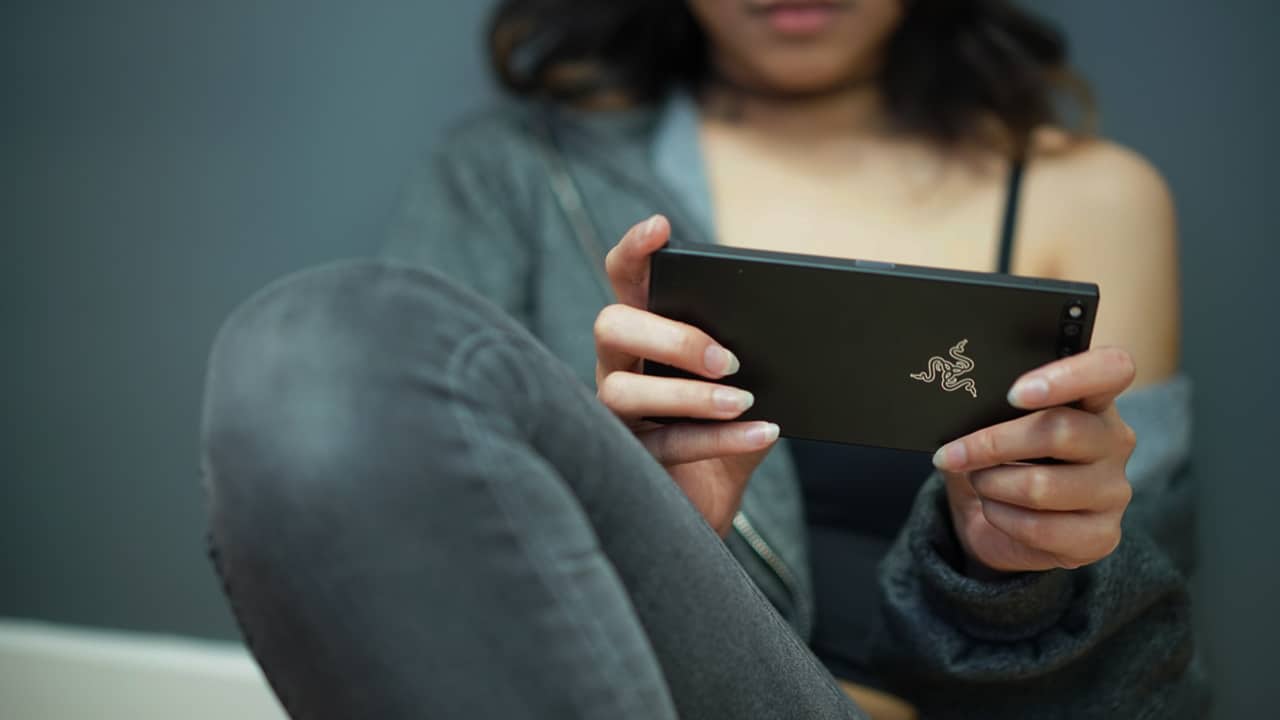 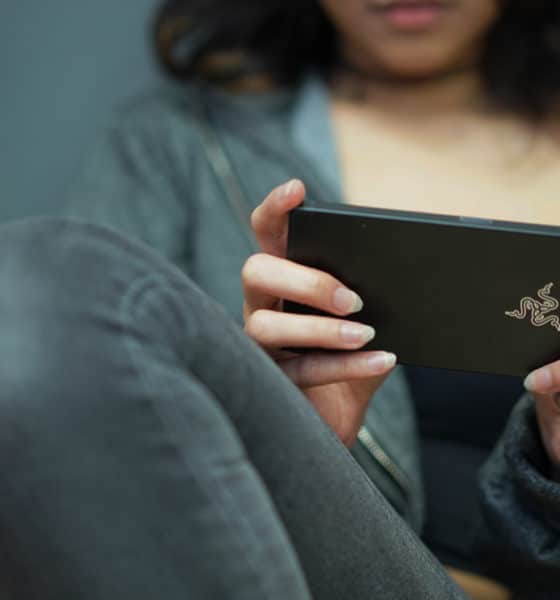 First and only phone with 120Hz display!

Razer is stepping up to the plate of mobile phones. Was I surprised? Not quite as much as everyone else. With mobile gaming going up a notch despite a critical crowd internally rubbing elbows as to what makes someone a “gamer,” I was partly expecting brands to take on the challenge of catering to their audience. 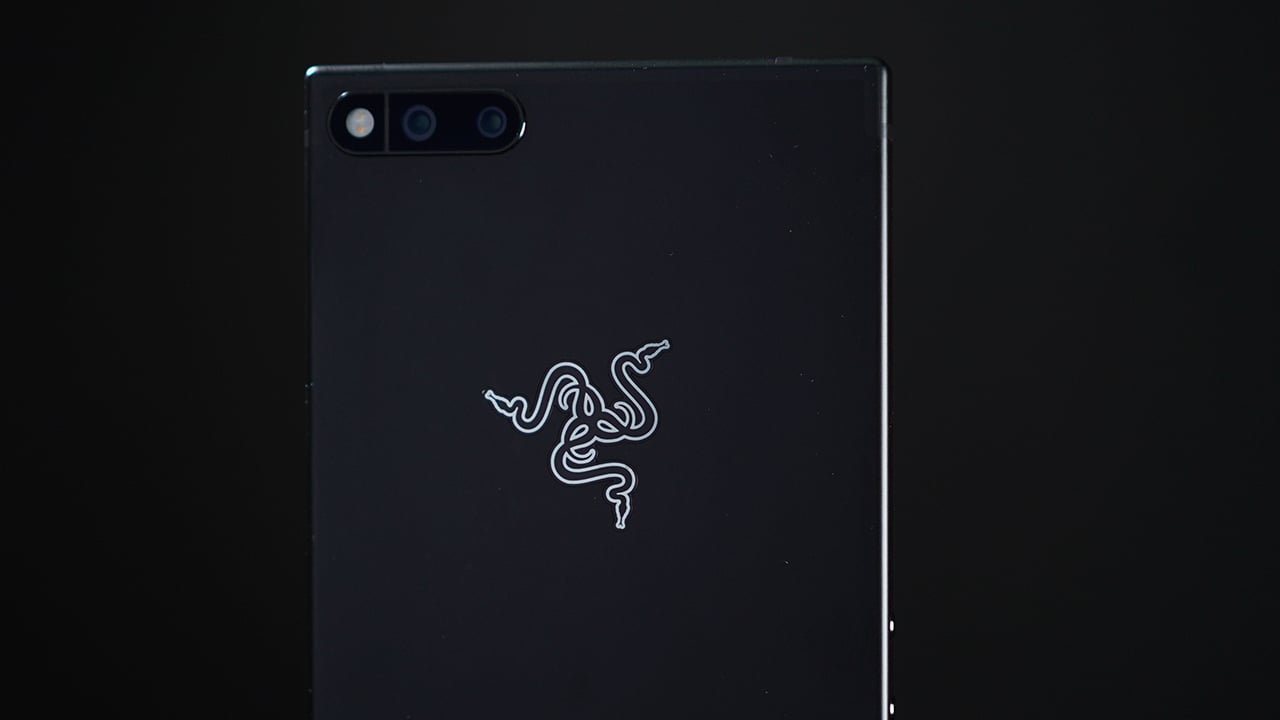 With Razer appropriately initiating marketing to gamers, is the phone a step forward to a no-compromises mobile experience, or is it just a flashy-looking phone?

At first glance the Razer Phone is undeniably reminiscent of holding any handheld console. It’s a strange association, I know, but stay with me. As much as the bezels and speakers shrink the eye-catching 5.7-inch 1440p IGZO LCD 120Hz UltraMotion display, it leaves your touchplay mobile gaming undisturbed. 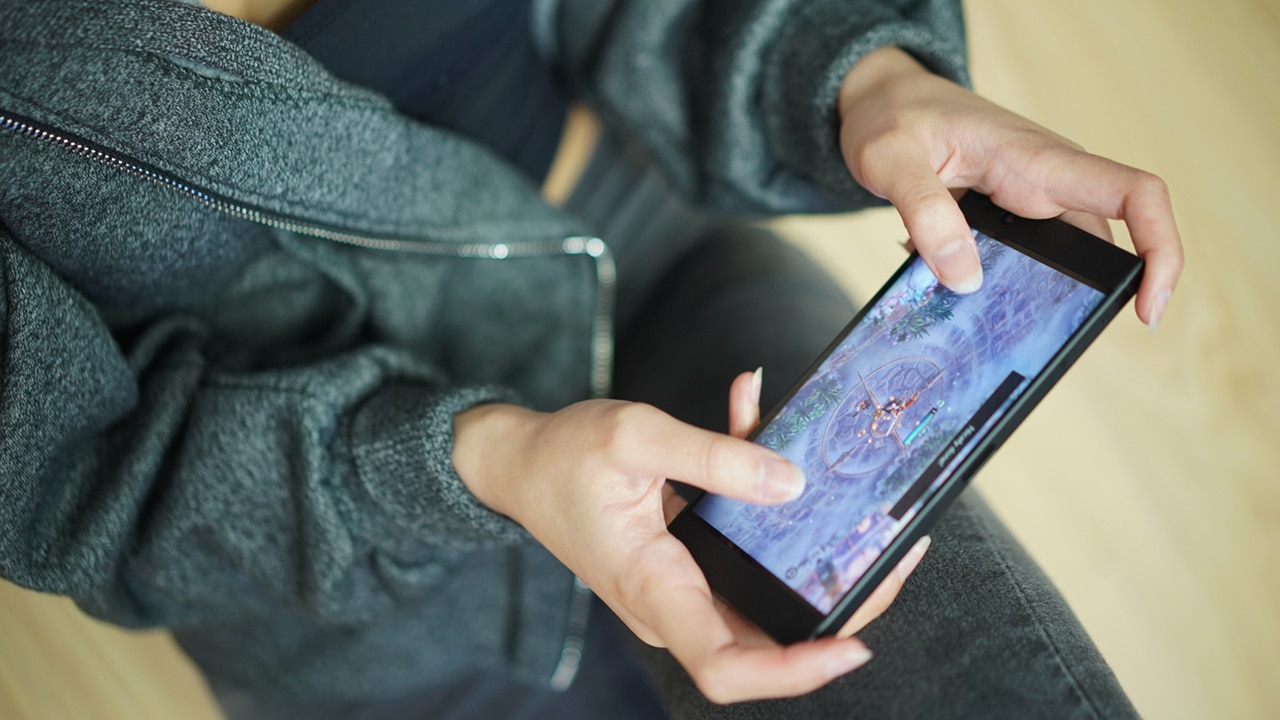 With an awesomely smooth matte and slick all black anodized aluminum casing, the phone’s grip is comfortable and perfect while you’re playing games. I usually have trouble holding my phone while playing Arena of Valor because the touchplay mechanics are so close to the edges of the phone. On the Razer Phone, the speakers and square edges give ample space for you to hold it up comfortably.

The hardware of the phone joins the top-notch phones with a Snapdragon 835 processor with 8GB of RAM and 64GB of internal storage. If you’re worried about the phone lasting a day out, the 4000mAh battery can take more than just a beating. 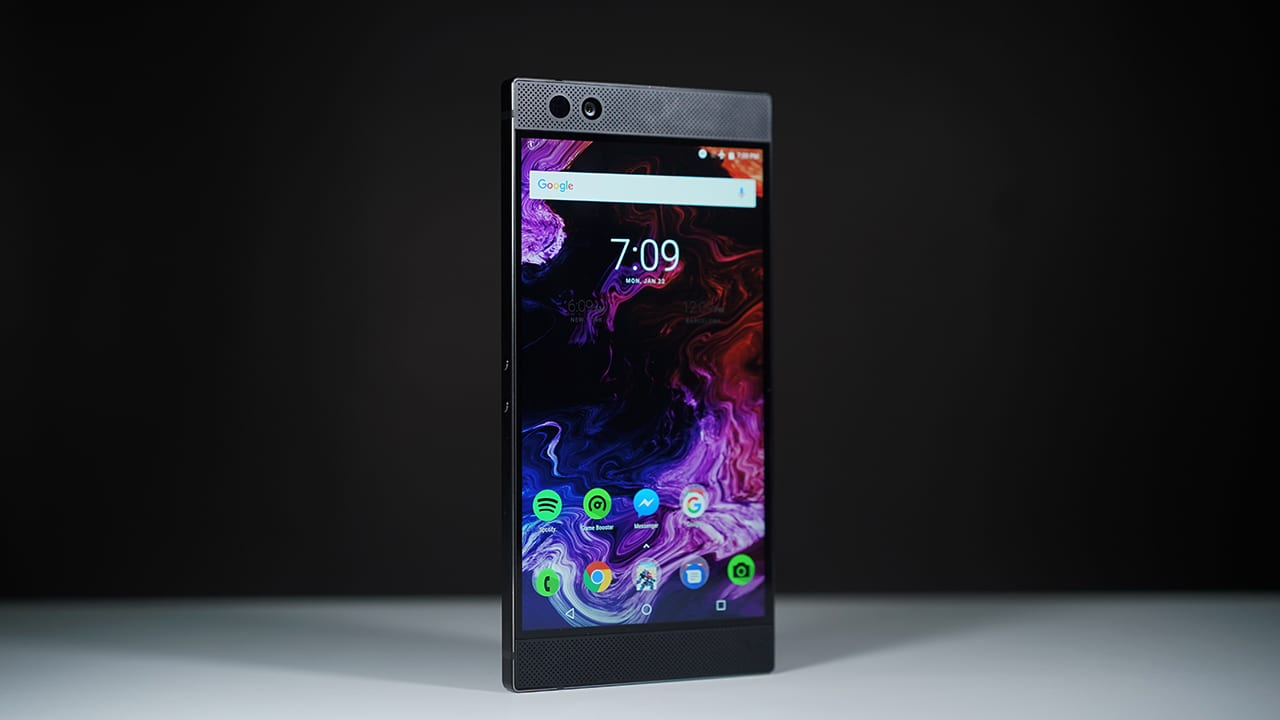 When Razer bragged about providing absolute freedom to watch, listen, and play as much as you want without ever being caught with a red battery bar, they meant it. The Razer Phone breezed through more than 24 hours of on-and-off intensive gameplay on a single charge.

The phone lets you modify and customize frame rate, resolution, CPU clock frequencies, and anti-aliasing with its built-in Razer Game Booster. Each game can be optimized individually under this system. The 120Hz UltraMotion screen is so smooth, it deserves more than just a sentence in this subsection. 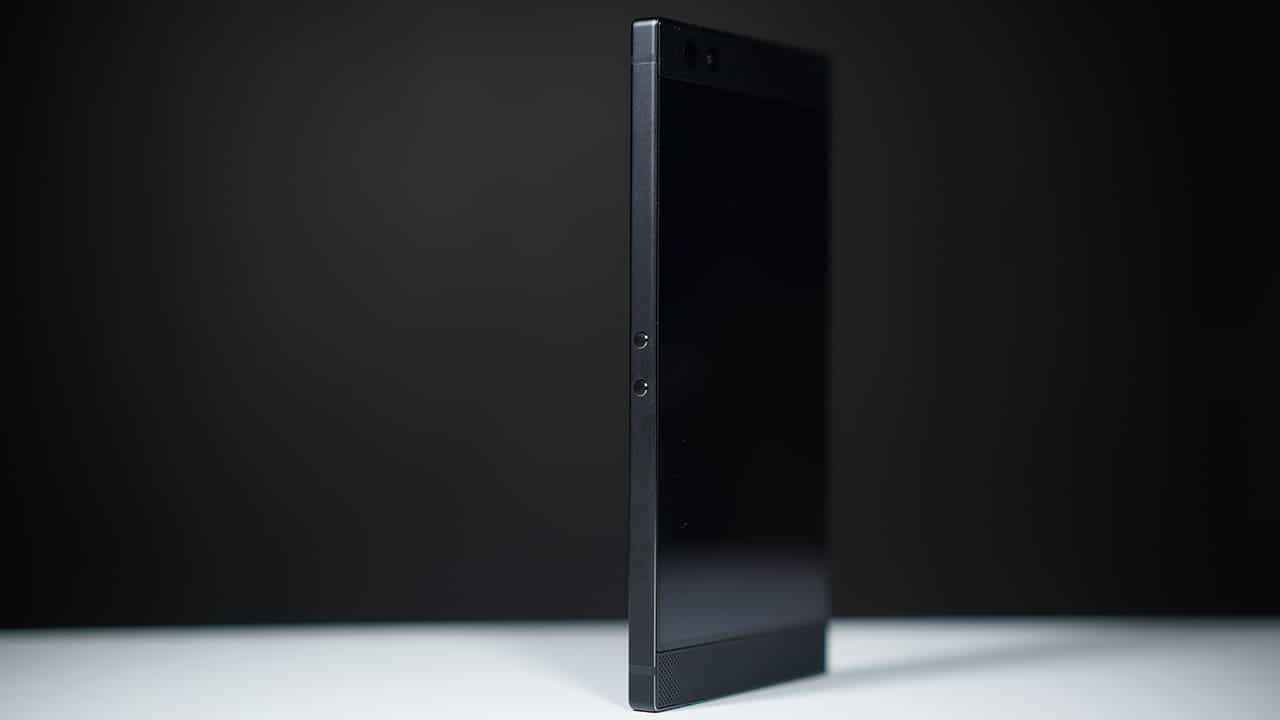 The phone features Dolby Atmos- and THX-certified audio that’ll blow your socks off. While shooting, I had them on full blast while logging into Vainglory. Needless to say, I thought someone pulled a prank through the speakers, and I was impressed to find it was the Razer Phone.

Display as smooth as butter is almost an understatement

Although the display’s brightness is relatively dimmer than what I’m used to, the 120Hz refresh rate is just amazing. Dropping the refresh rate from 120Hz to 90Hz does make a difference in-game and out. It may not make a huge difference to the untrained eye, but it’s a noticeable one to PC gamers. 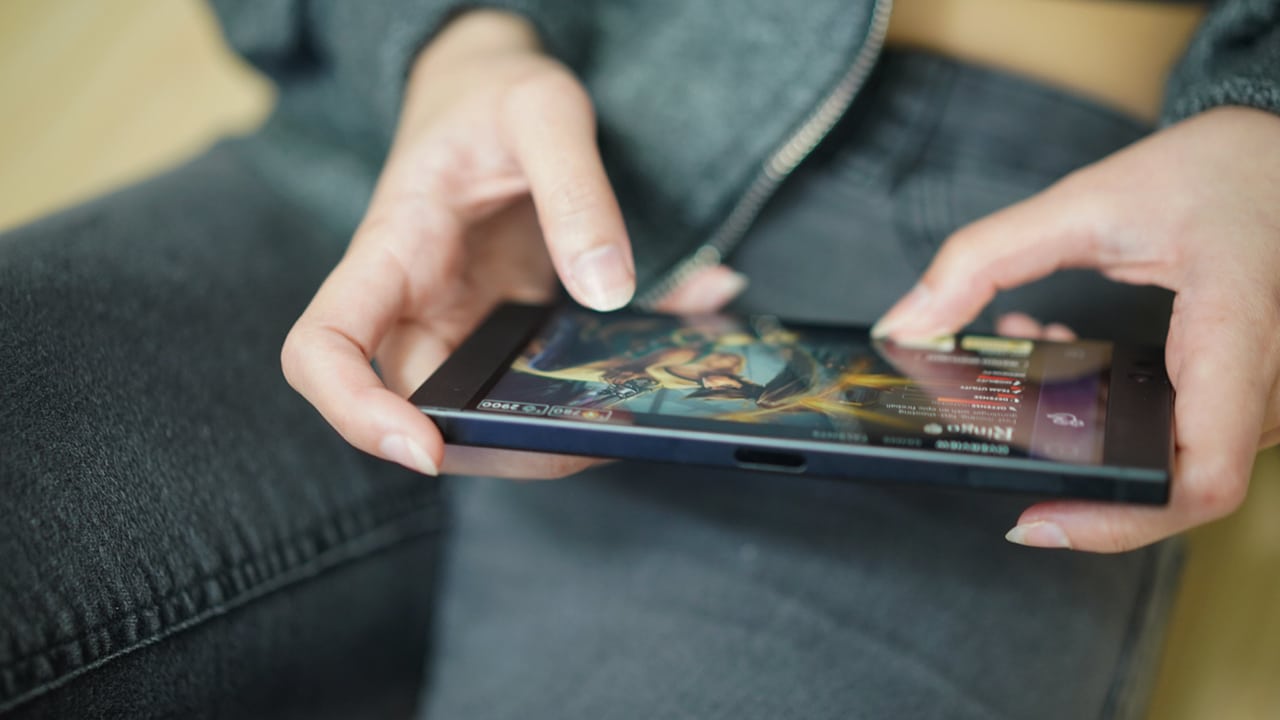 The phone makes Android look so buttery smooth that I can never look at other phones the same way again. Regular phones settle for a 60Hz panel meaning they’re only half as smooth as the Razer Phone’s display. If that doesn’t put it up to scale for you, 120Hz is about as high as a refresh rate from most high-end laptops and PC monitors.

It comes as no surprise: A gaming phone is no gaming phone without games. Razer brought out their guns, already setting the phone up with four titles perfect on 120Hz. They have Titanfall: Assault, Gear.Club, World of Tanks: Blitz, and Arena of Valor pre-installed on the phone so you won’t need to look far to test out the display right off the bat. 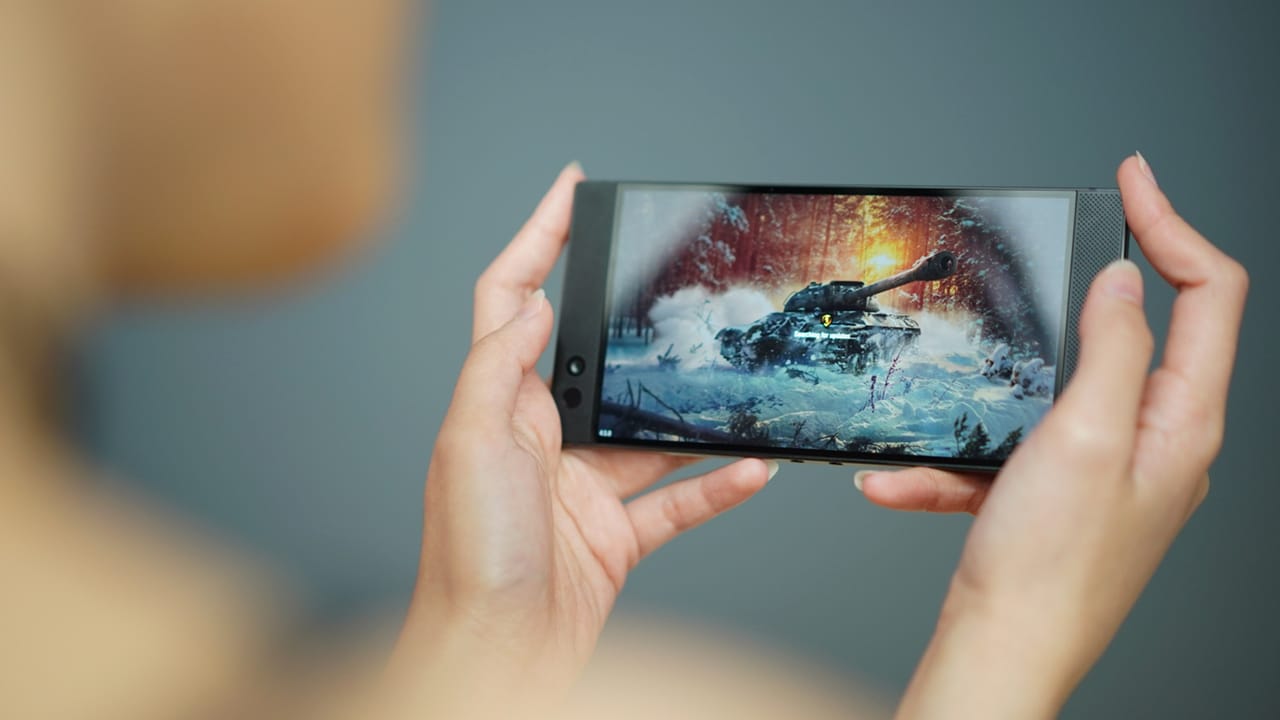 If you want to immerse in a sharp and bold display while you play, this is the way to go. Other games that support this frame rate are: 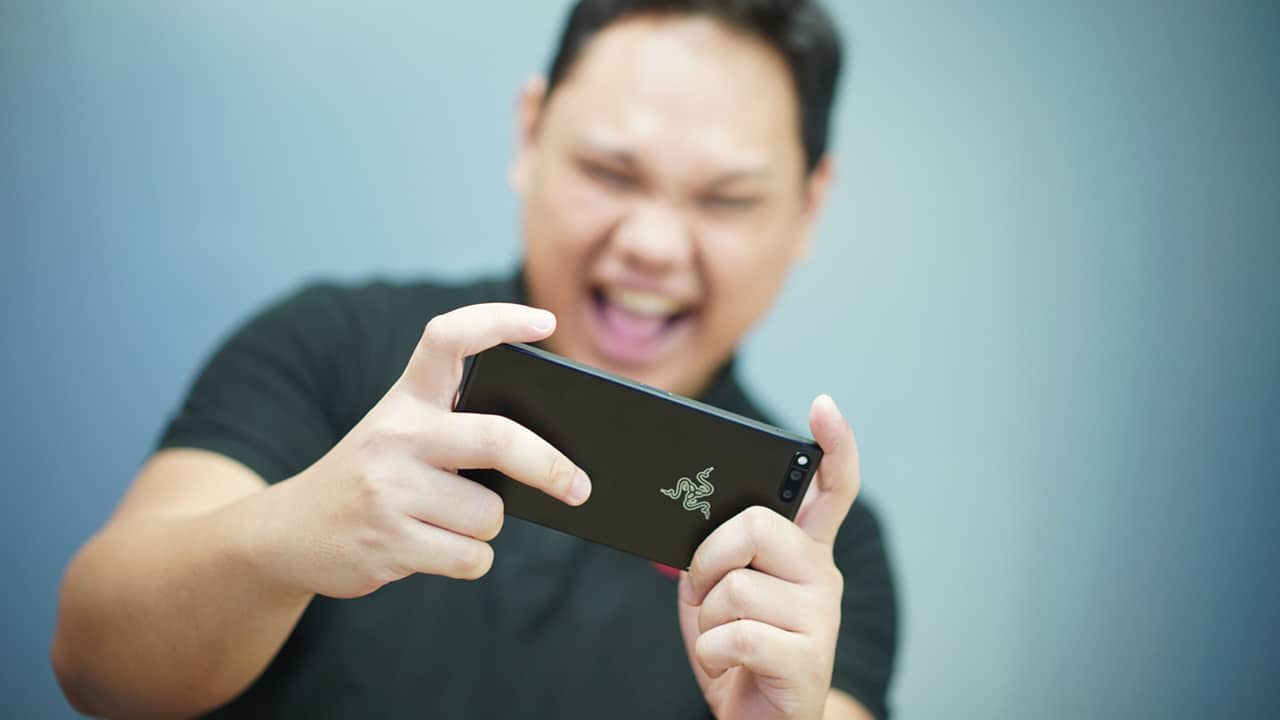 The Razer Phone boasts perfect features for gamers, but it delivers on more than just that. The phone’s HDR-ready screen is perfect for watching movies, shorts, and TV shows. With the phone’s extensive battery life, it had no problem tearing through hours of binge watching on Netflix.

A catch that may not matter to you

The 12-megapixel dual cameras are decent but feel like an afterthought, which ultimately makes a lot of sense. With the target use to be mainly for playing games and lodging around without being tied to an outlet or power bank, it’s clear that Razer took this more as an accessory than a main feature. Which isn’t to say it’s completely horrifying; you can check the test shots for yourself below: 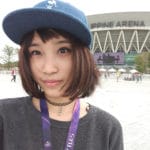 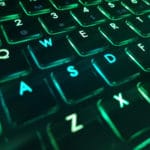 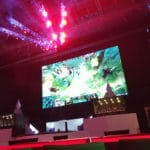 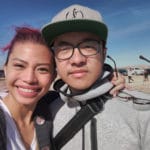 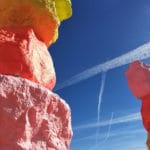 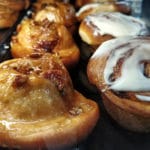 Its highs and lows

The Razer Phone doesn’t have a headphone jack. A bummer? A little, but the phone comes with a USB-C to 3.5mm dongle. Luckily, Razer sent us Razer Hammerhead USB-C earphones with the phone so I had a chance to try them out and they delivered on quality. 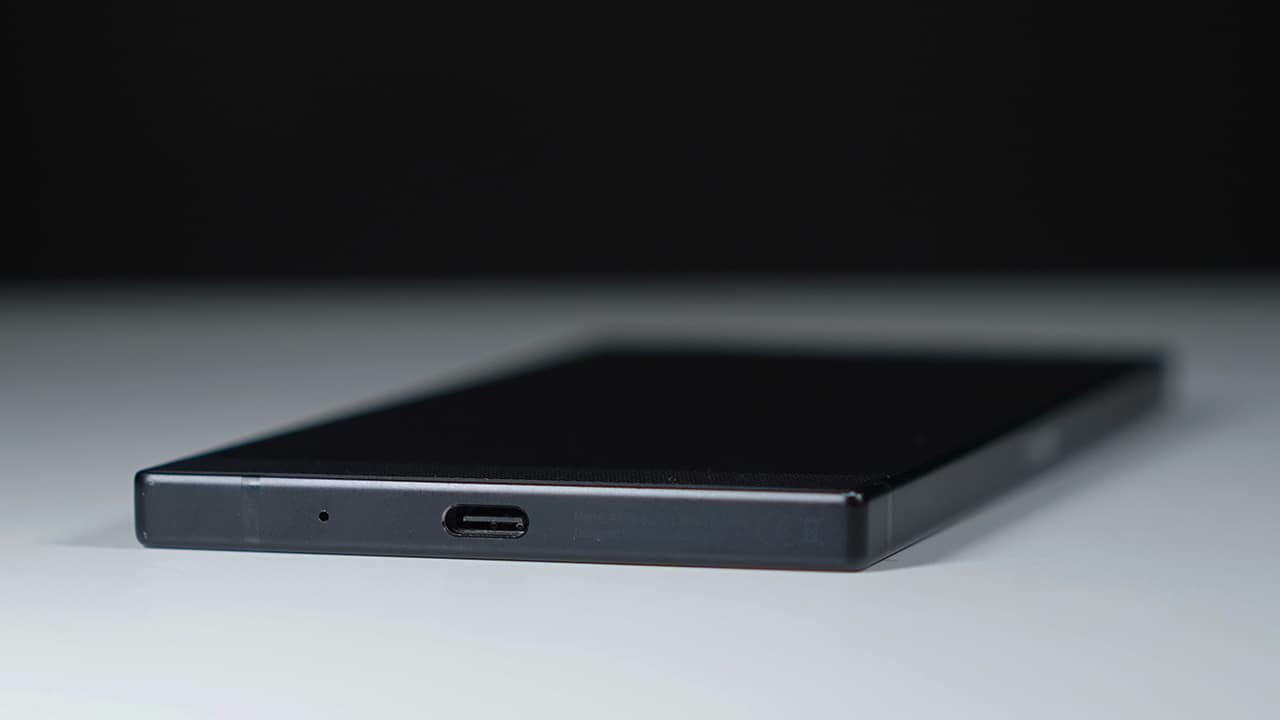 Connecting a variety of headphones and earphones both over- and in-ear through the dongle thankfully didn’t degrade the experience that much. Although you’re better off with the direct USB-C earphones, the dongle is not so bad an alternative when you don’t have US$ 80 more to cash out for the Hammerhead or similarly expensive headphones.

If you’re looking for the perfect phone to play and watch with while still being able to go about your day, this is the phone for you. The Razer Phone’s 120Hz refresh rate can change a life. It’s eye-gasmic and the phone doesn’t make me feel any remorse for saying it. 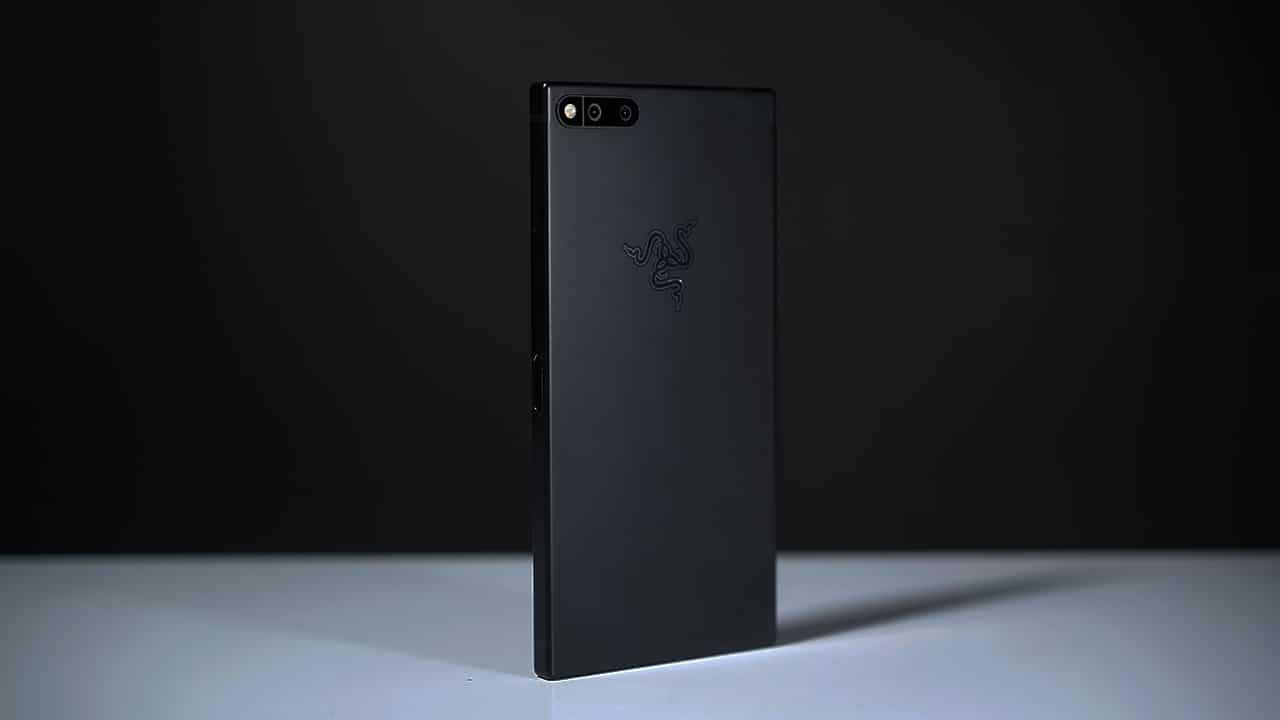 If a great camera is one of the striking features you value in a phone, this isn’t the phone for you. The device can manage with ample lighting, but there’s no denying that the camera is this handset’s pitfall. Considering that this is a gaming phone though, it does deliver. Whether a gaming phone is worth cashing out US$ 699 for, is up to you.

I touched on this subject in the introduction, but it’s safe to say brands are listening to their audience more and more. Gaming on your mobile has been looked down upon by many and it has struggled to gain equal respect from other hardware. Although it continues to be belittled, it grows. Mobile games are not just convenient, portable, and efficient, it’s also mostly for free — and that’s why despite harsh shade, it’s popularity has grown incrementally. Games are no longer a sensible debate between hardware, and it shouldn’t have been to begin with.

Judging software through hardware isn’t a valid way of going about the subject. Games like Mobile Legends, Arena of Valor, Army Attack, and Battlefield has proven that games that go multi-platform and dive into iOS and Android grow a huge number of players. So, next time you feel like judging a game by what people play it on, consider the context of usage, availability, and accessibility of the game for people.