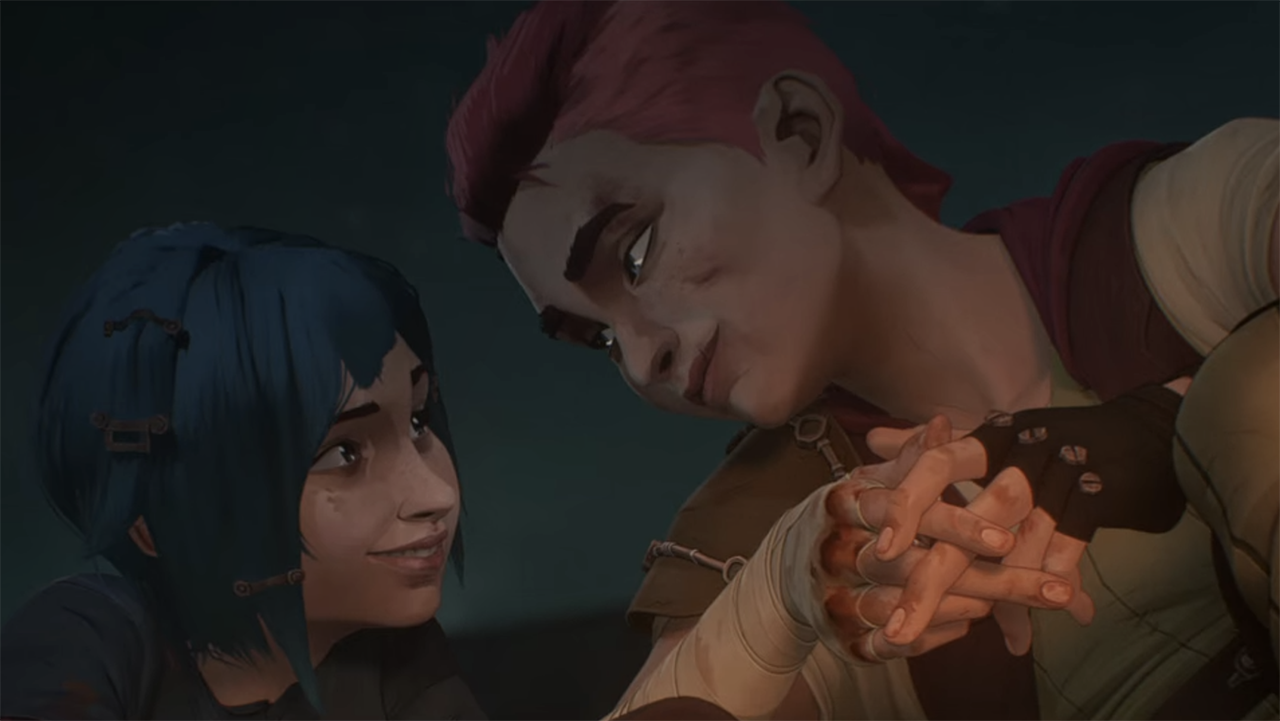 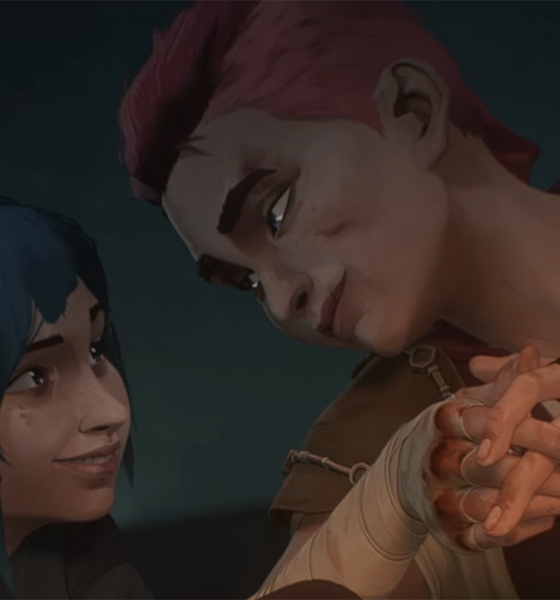 Arcane Act I: A treat for every ‘League of Legends’ player

Stirred with strife, spectacle, and sorrow

Act I: A treat for every League of Legends player

This article contains spoilers. Read at your own risk.

Growing up, I was the kid who read the lore and storylines in every game I play. League of Legends included. I was giddy when Netflix unveiled Riot’s Arcane — the game’s first animated series. Seeing an iconic champion’s back with her conspicuous blue hair gave me flashbacks of days where I spent time reading their stories.

In between matches and my studies, I was drawn. Perhaps, even lost, in the narratives weaved in the land of Runeterra. The anamnesis roused my senses; I paused my work to try to bask in something novel.

Mesmerizing portrayals of Piltover and Zaun

I bleated when I played the intro. Not because of the perfectly picked soundtrack. But because the art reminded me what my life could’ve been if I believed in myself enough to pursue arts.

The animation and drawing style reminded me of the practice drawings I had when I was younger. Reminiscent of splash arts from digital paintings of every iconic champion I’ve played at League of Legends. Albeit, flat and textured this time around to be animated for film easily. 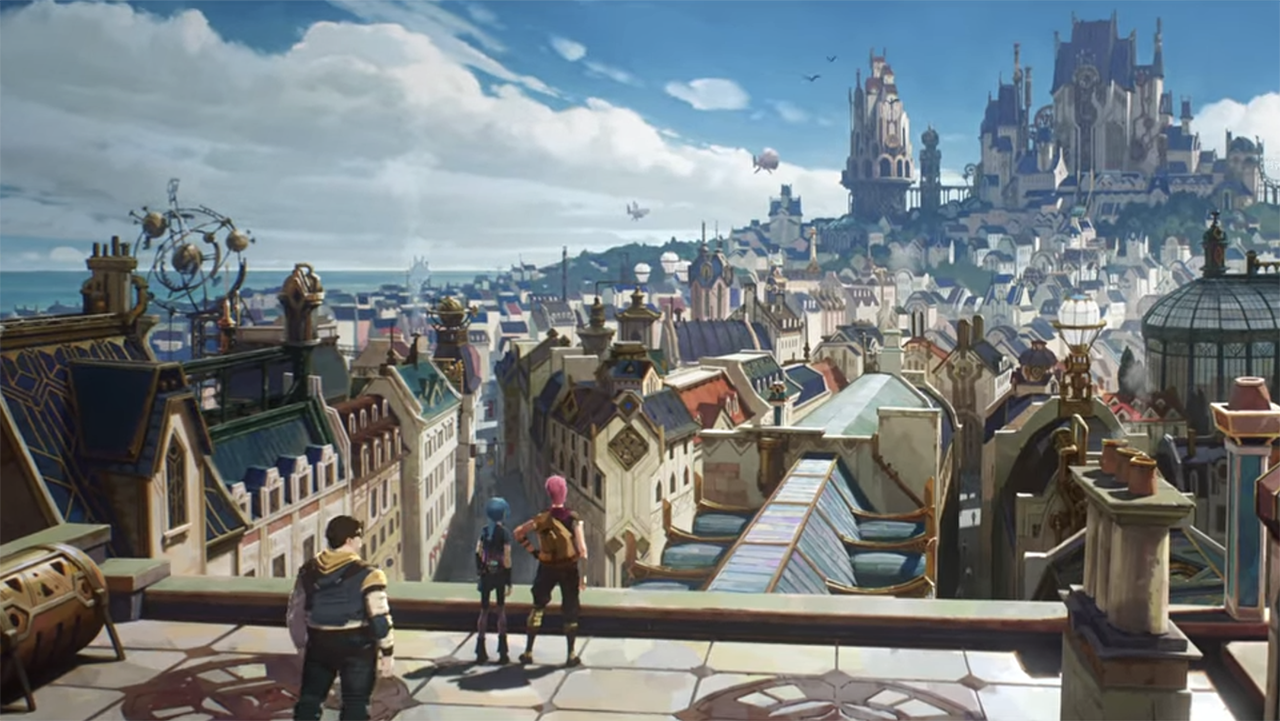 Even the background art and the scenery painted to depict Piltover and Zaun — symbiotic cities with stark contrast that sets the tone for the story — looked marvelous. League of Legends fans and players alike certainly know the tale between the two cities. And the series expanded the paintings that mesmerized me. For me, it was given justice.

Piltover houses the rich, the elite, and the advancements of science, technology, and engineering that were deemed beautiful. Reminiscent of a steampunk future where technology and machinery dominate the world. If Ragnarok’s very own Rune-Midgard Kingdom and Republic of Schwartzvald bore a child, Piltover would be it. 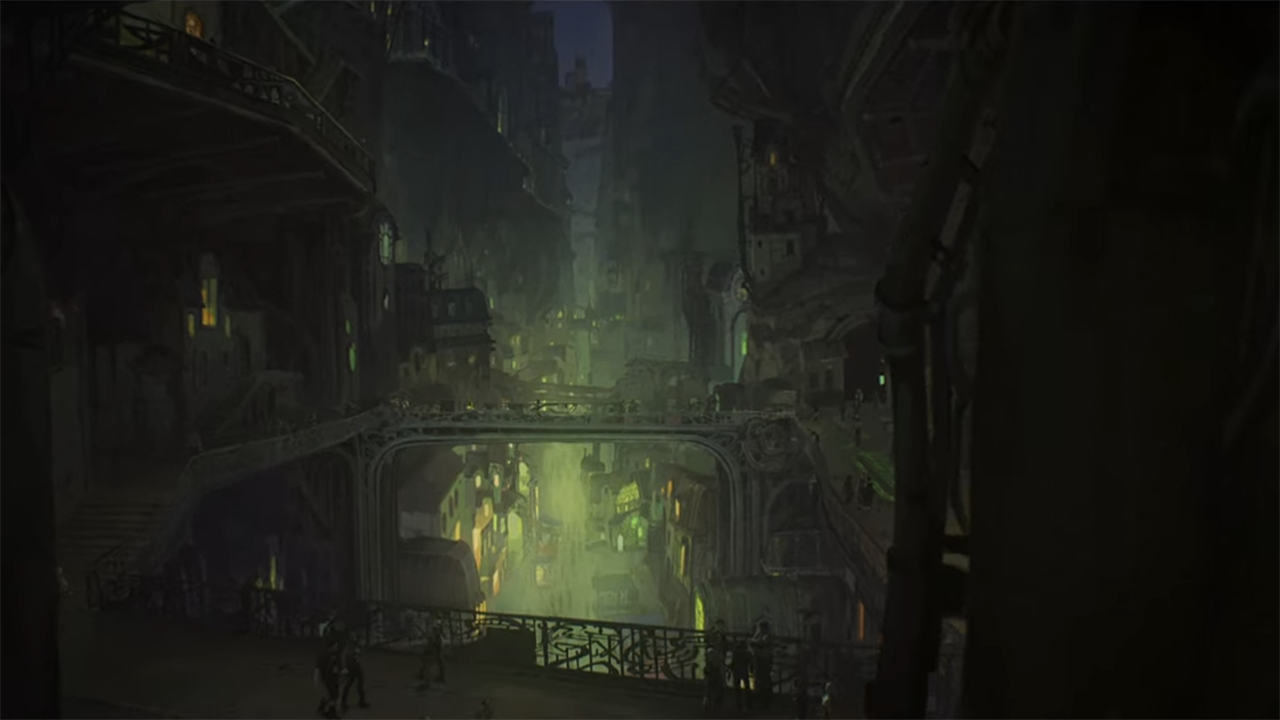 But Piltover is only a part of something beautiful. Underneath is Zaun, an underground district filled with fumes leaking across its streets. It has dystopia spelled all over it. A painting of how divided the rich and the poor is. A portrayal of what is deemed hideous. 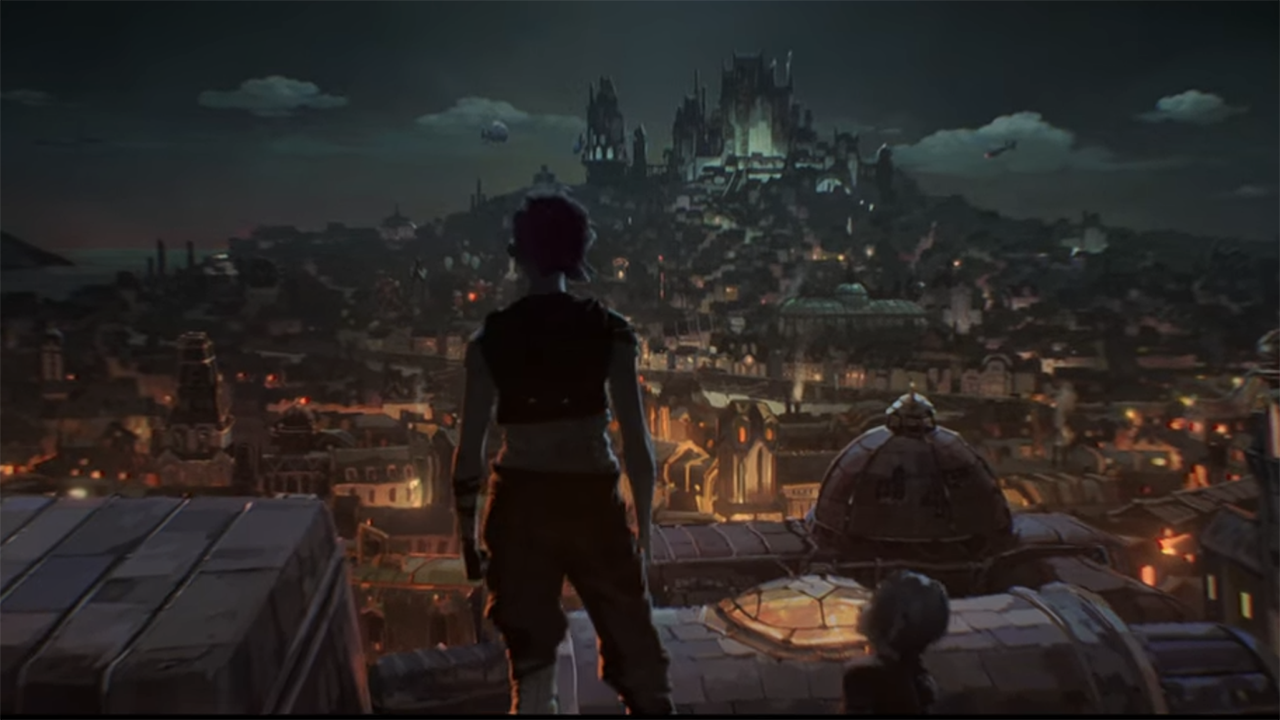 Somewhat similar to my home country where the rich and the elite live in gated, clean, and bright subdivisions with towering skyscrapers while the rest of the population are forced to fit in slums and cities that suffered through a lack of urban planning. I certainly reveled in how Piltover and Zaun represent the reality we live in.

Even the music and scoring picked for the intro and for the montages fit perfectly for both the visuals and in my ears. Imagine Dragon’s “Enemy” as the intro sets the tone of a harrowing, action-packed animated series. Meanwhile, Bea Miller’s “Playground” helped portray the atmosphere of life in Zaun.

On another note, Curtis Harding’s “Our Love” sung together with Jazmine Sullivan, conveyed a 70’s happy-go-lucky vibe. But what forced me to the conclusion that the series is worth watching is Ramsey’s “Goodbye”. I was awestruck yet perplexed by how the story developed, and the song evoked some feelings I never thought I have inside me. Riot did wonders in its musical masterpieces.

A grief-stricken rift between sisters 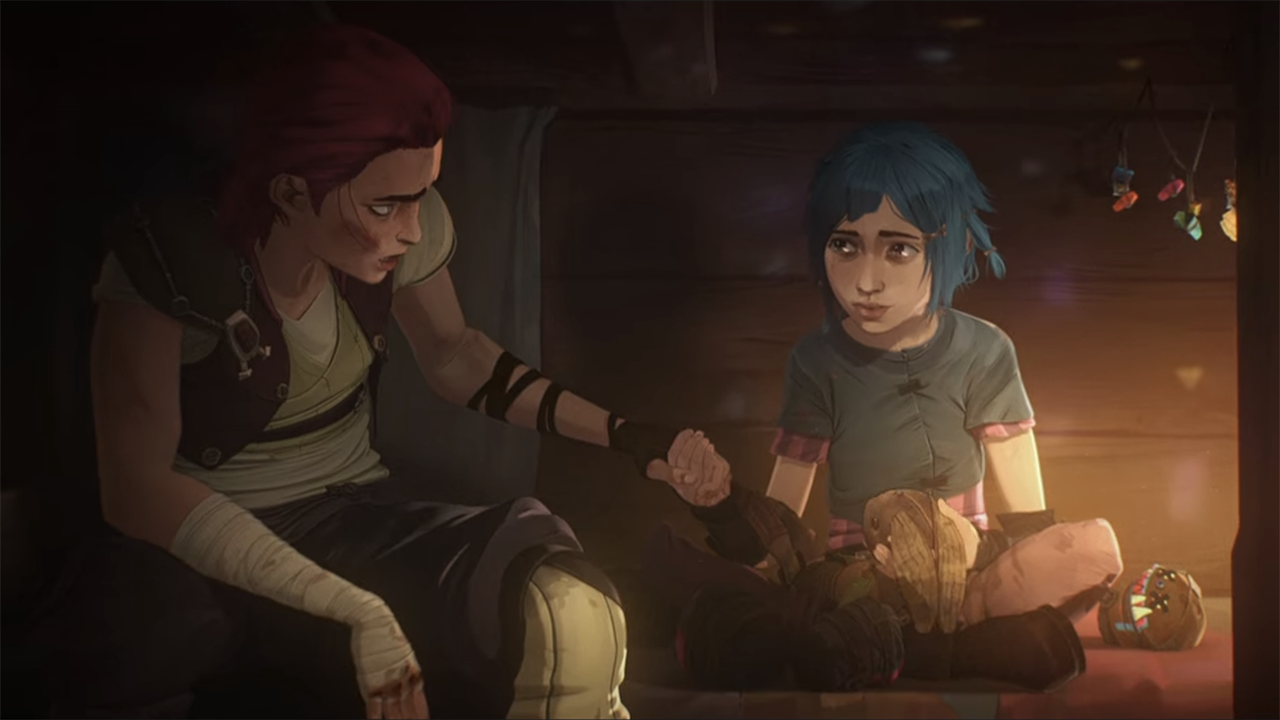 Arcane follows the story of Violet and Powder — two orphaned sisters whom you’ve probably come across in League of Legends. Yes, they’re Vi and Jinx in their youth. Inseparable, partners-in-crime despite Powder failing almost every mission they try to pull off in both Piltover and Zaun. 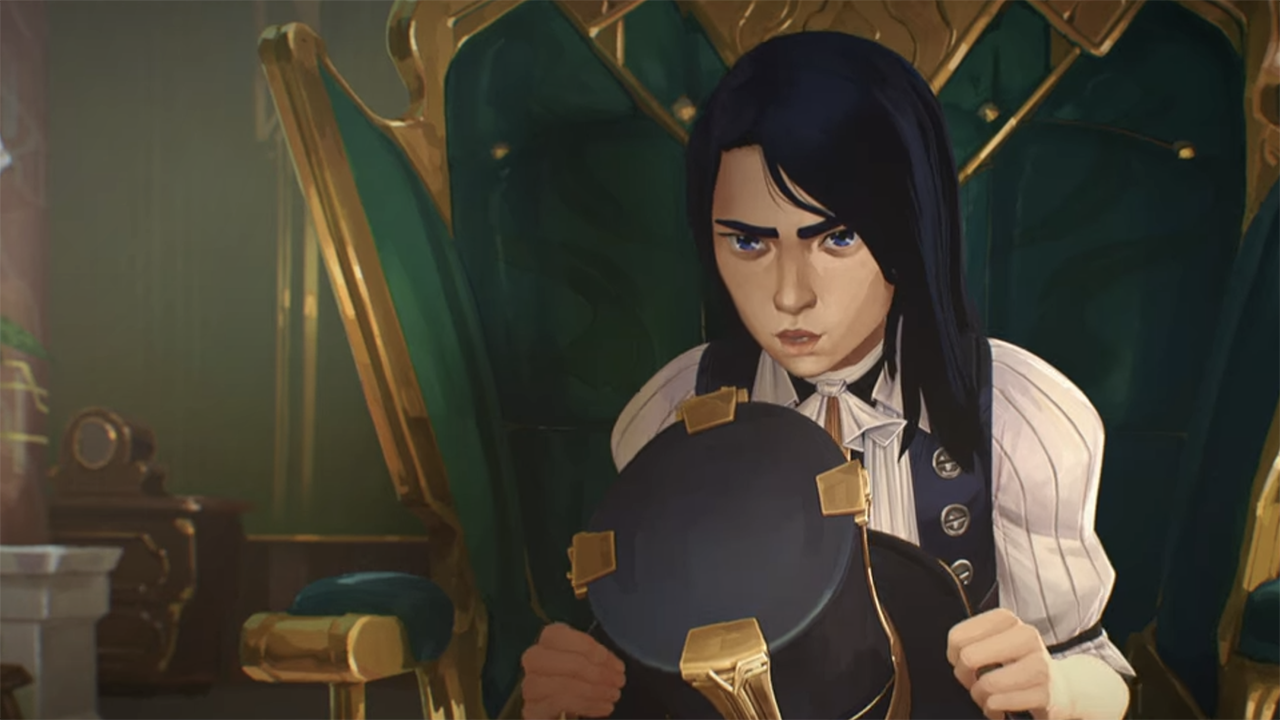 The first three episodes — which sums up Arcane’s Act I — told the tales of characters we’ve known and loved. Defender of Tomorrow Jayce, Sheriff of Piltover Caitlyn (my favorite champion back then), Revered Inventor Heimerdinger, Ekko who shattered time, and even Viktor but as a young scientist. 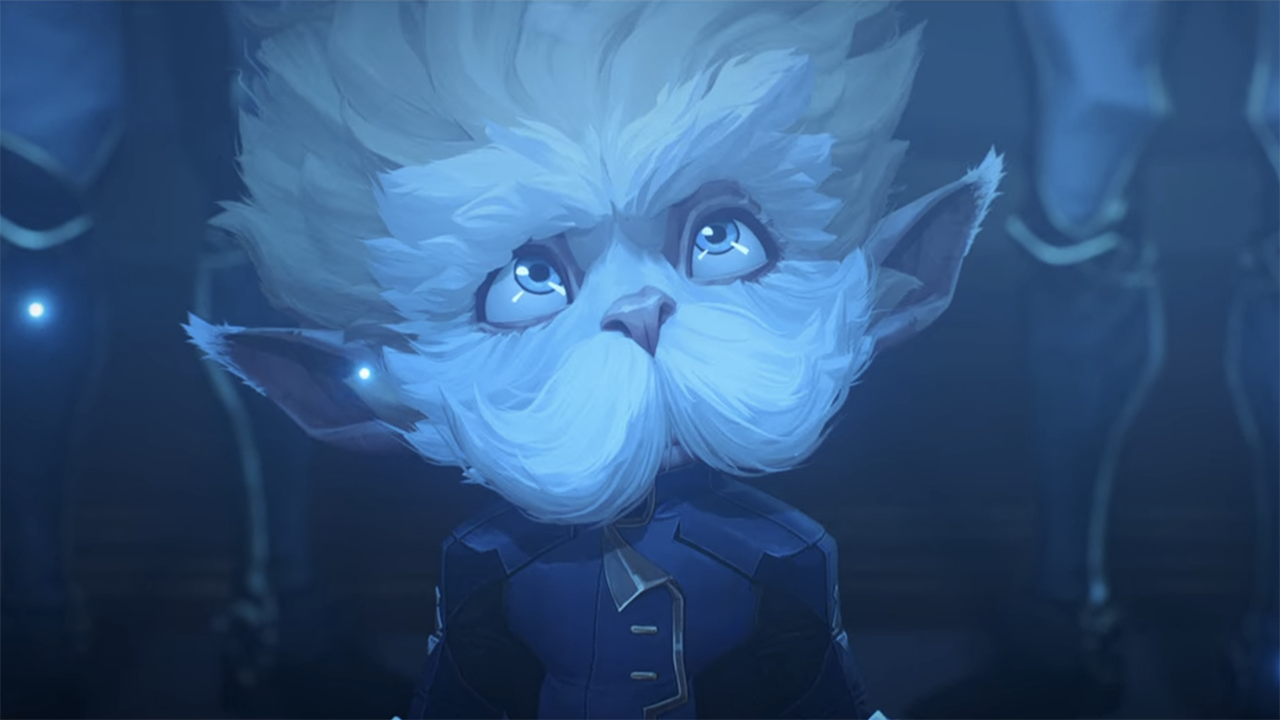 There were hints and there that explored their childhood, youth, and backstories which were intertwined with their lore based on the game. Riot did it right with Arcane, giving emotions to stories we only read inside the game while we pass time. 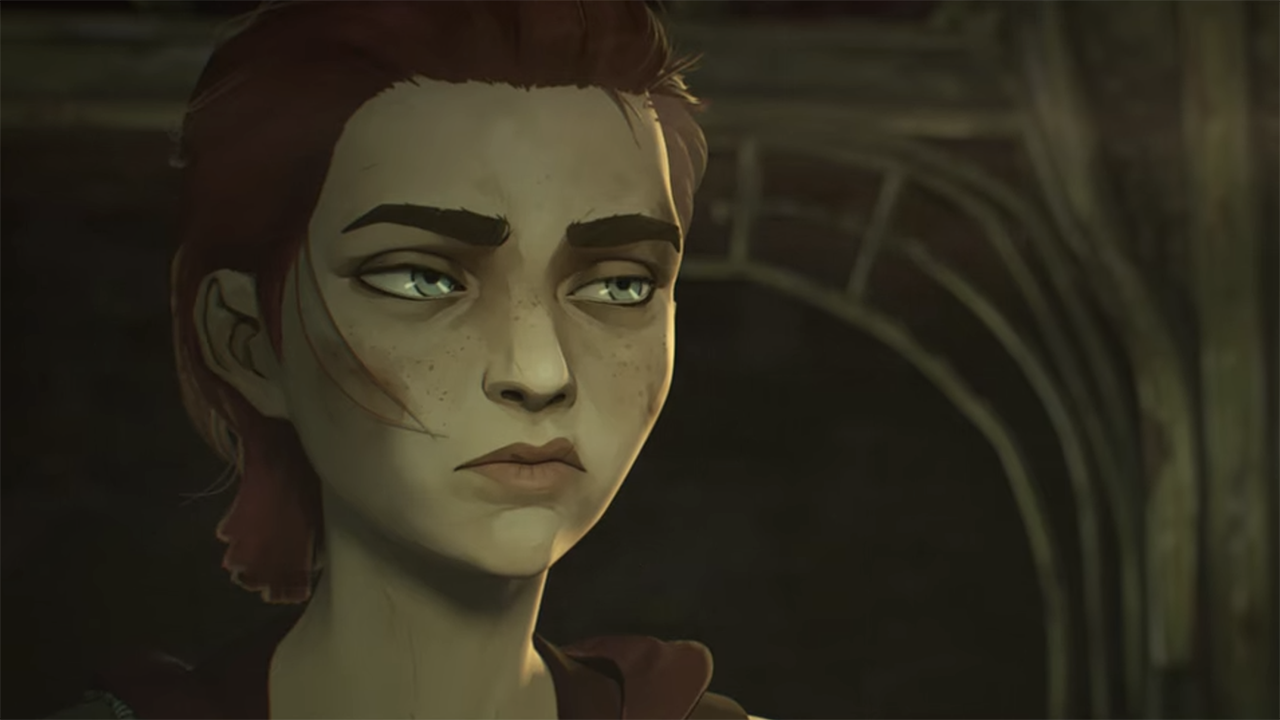 In Act I, I felt a barrage of emotions alternating between awe, thrill, pity, sorrow, and grief. I was immersed with the developments and the dialogues, leading me to understand that the experiences forged the champions they’ve become in the league. If Riot pursues that path for the following acts.

Frankly, it’s hard to hate anyone when you know the motivations and reasoning behind their behavior.  The last episode revealed the rift between Vi and Powder, and the strife that might lead to them being the pride of their respective cities. Vi, becoming an enforcer, probably after being kidnapped by someone from Piltover. 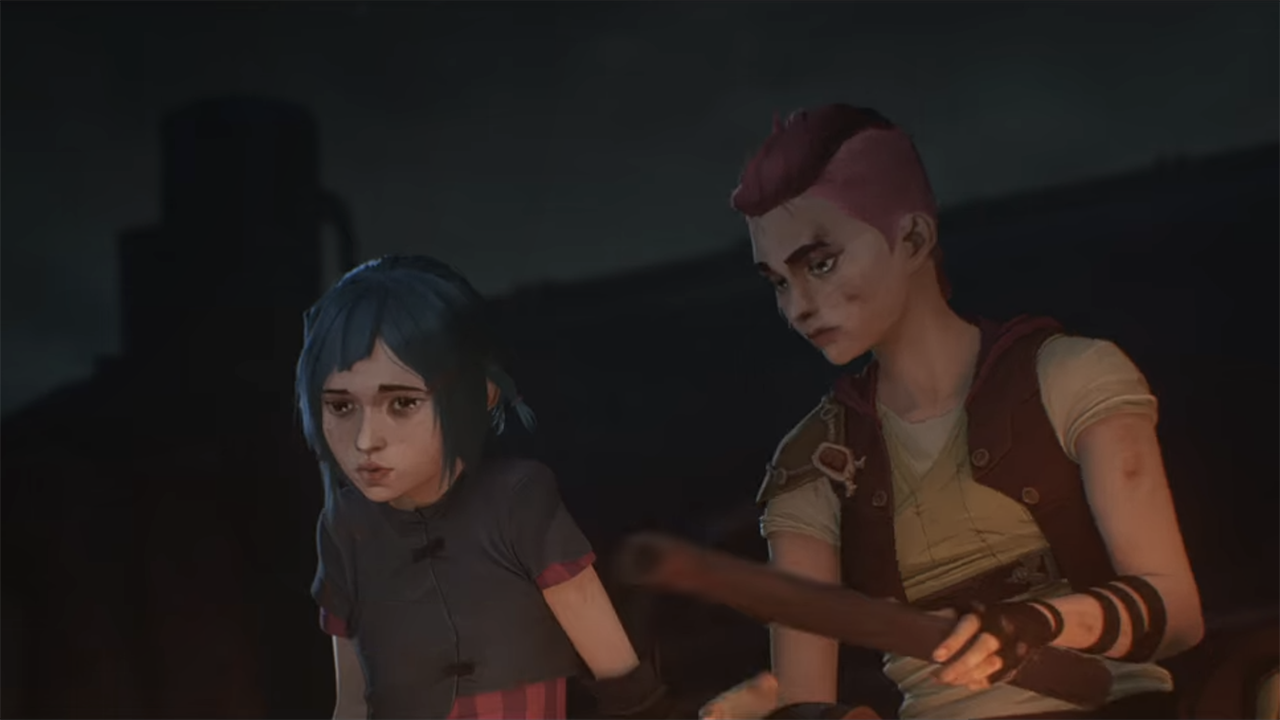 Meanwhile, Powder might heartbreakingly take over her epithet ‘Jinx’, becoming the madwoman known throughout the streets of Zaun. That is, again, if Riot will pursue the path for the following acts the same way it was written in their lore.

Is it worth watching? 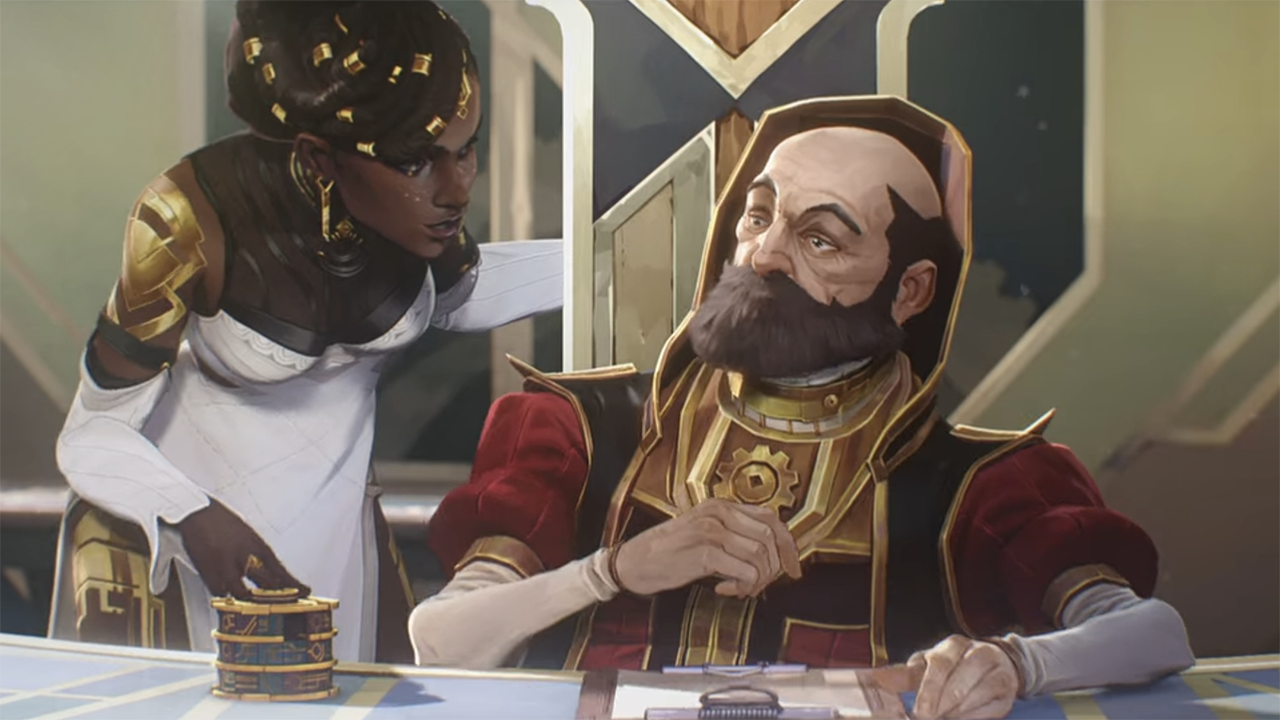 Though predictable, what Arcane did is embed thoughts, emotions, and history. While we know how certain story beats go, we don’t exactly know how a person felt or what they thought of before an event transpired. This applies in life, too. Arcane gave us a deep dive into every character’s thought processes, their complex emotions, and how their feelings directed their behavior throughout the story. 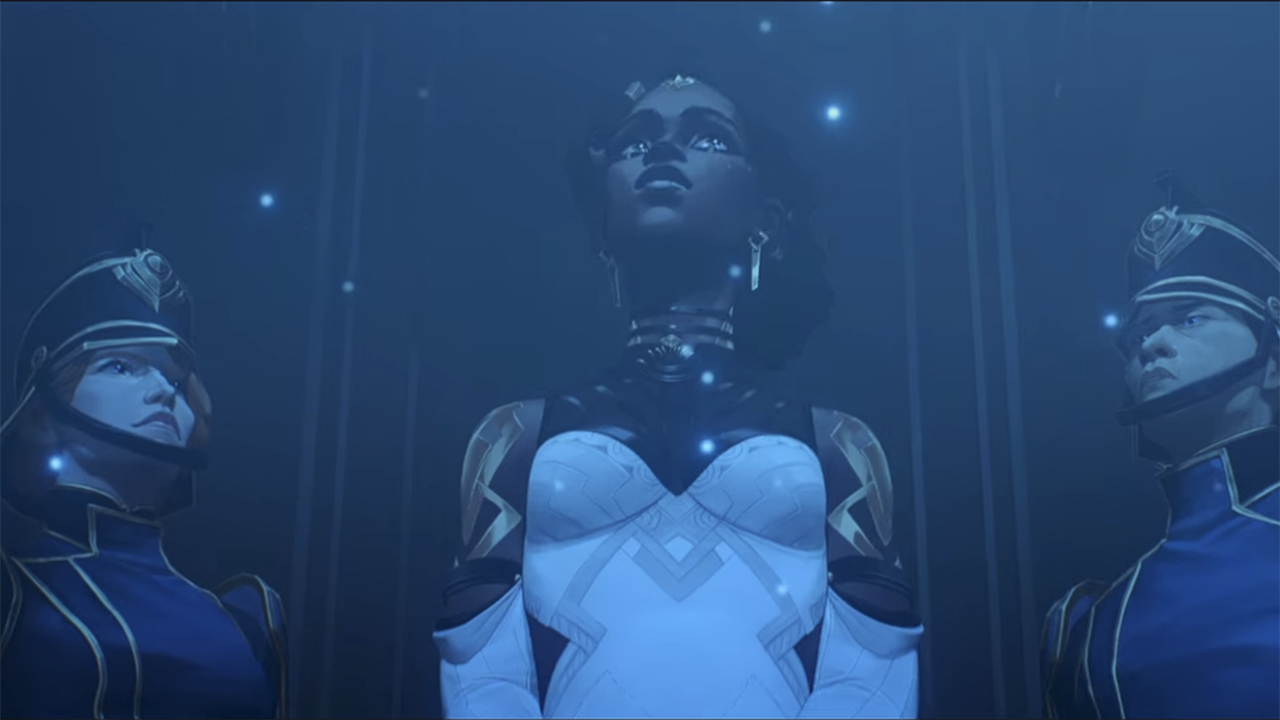 Whether you’re a League of Legends player or just someone who’s looking for a new animated series to revel in, Arcane is worth watching. It’s something that’s on a different ‘league’. And seeing the iconic champions you used to play might make you giggle in joy and excitement, too.

Nevertheless, Riot’s Arcane Act I is a treat for anyone who’ll decide to watch the series. It’s stirred with strife, spectacle, and sorrow. And the way things end will surely make you want more. 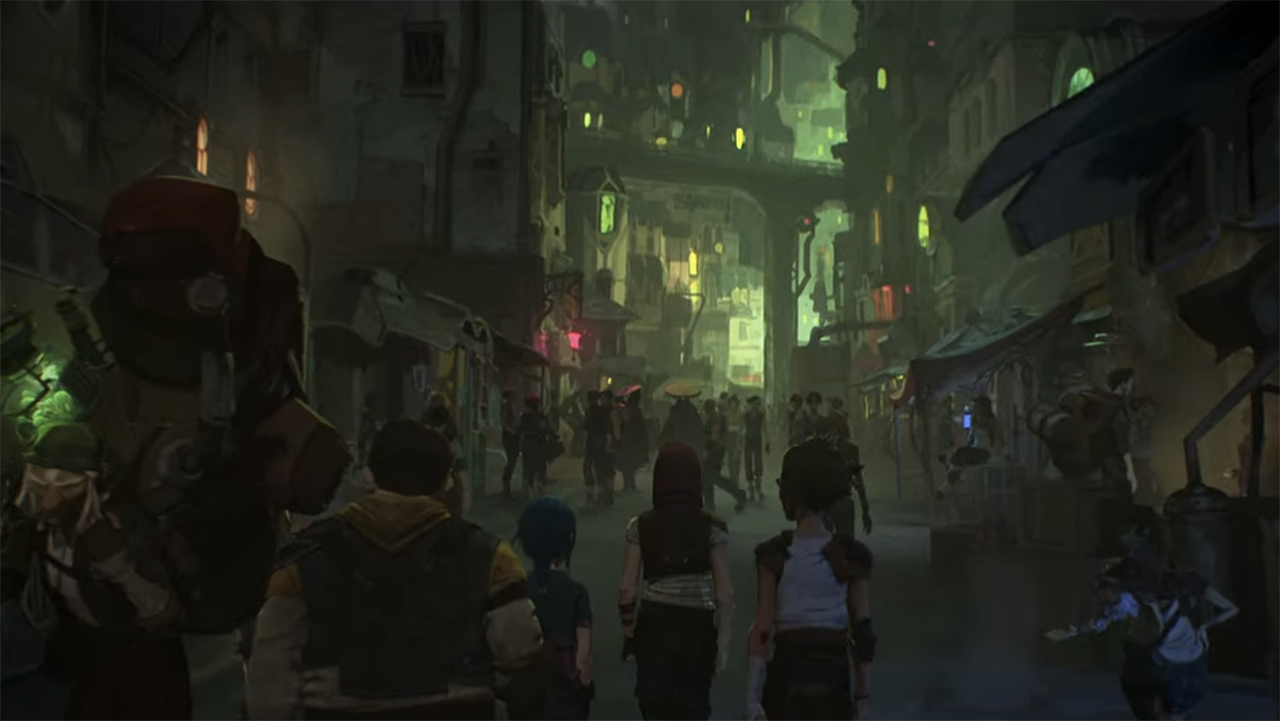