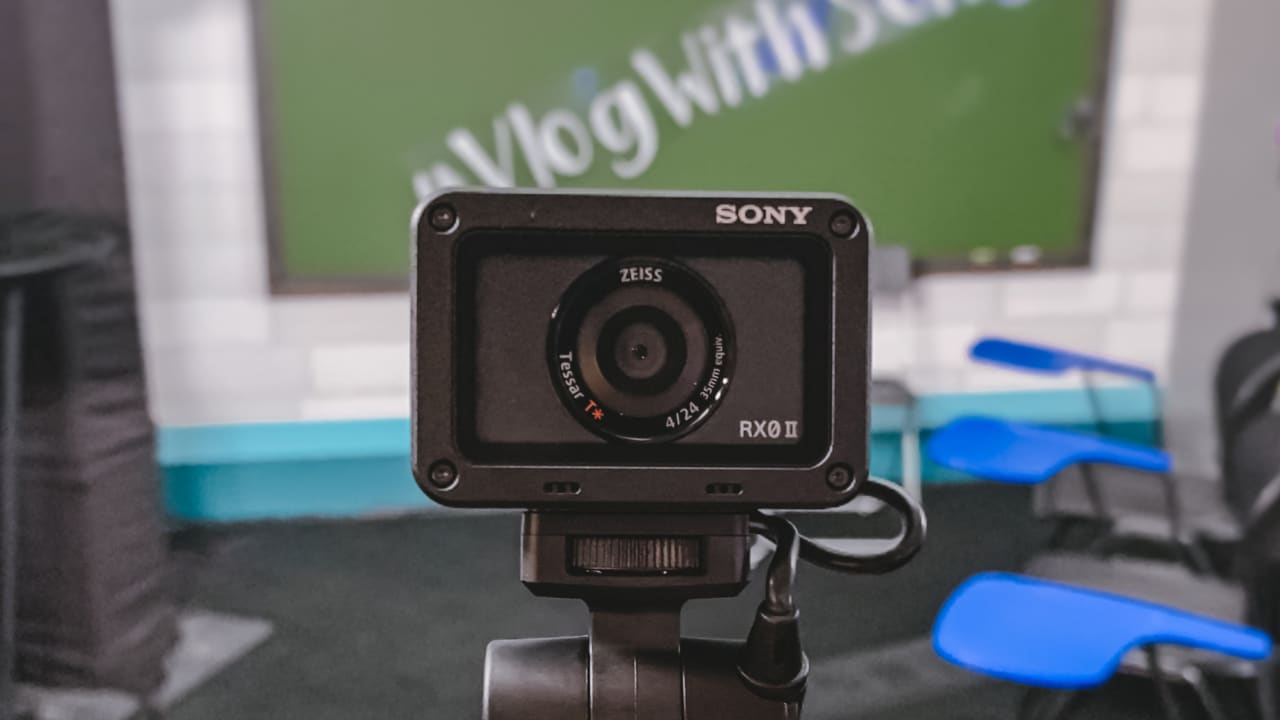 During the #VlogWithSony event in Singapore, Sony surprised everyone when they announced the new RX0 II, the successor to Sony’s RX0. Sony claims that it’s the world’s smallest and lightest ultra-compact camera to date at just 132 grams.

The Sony RX0 II looks like its predecessor but has the old (but nifty) features, such as the 15.3MP Exmor RS image sensor with Zeiss Tessar 24mm f/4 fixed lens, Anti-Distortion Shutter and up to 1/32000-second fast shooting plus a burst rate of up to 16fps, and S-Log2 to name a few.

A big improvement is the addition of the in-body electronic stabilization (EIS) with gimbal-like smoothness even when handheld. Other prominent features are the tiltable 1.5-inch screen and real-time Eye AF (autofocus) tracking, which are both found on the higher-end Sony Alpha camera lineup, including the recently launched Sony A6400. 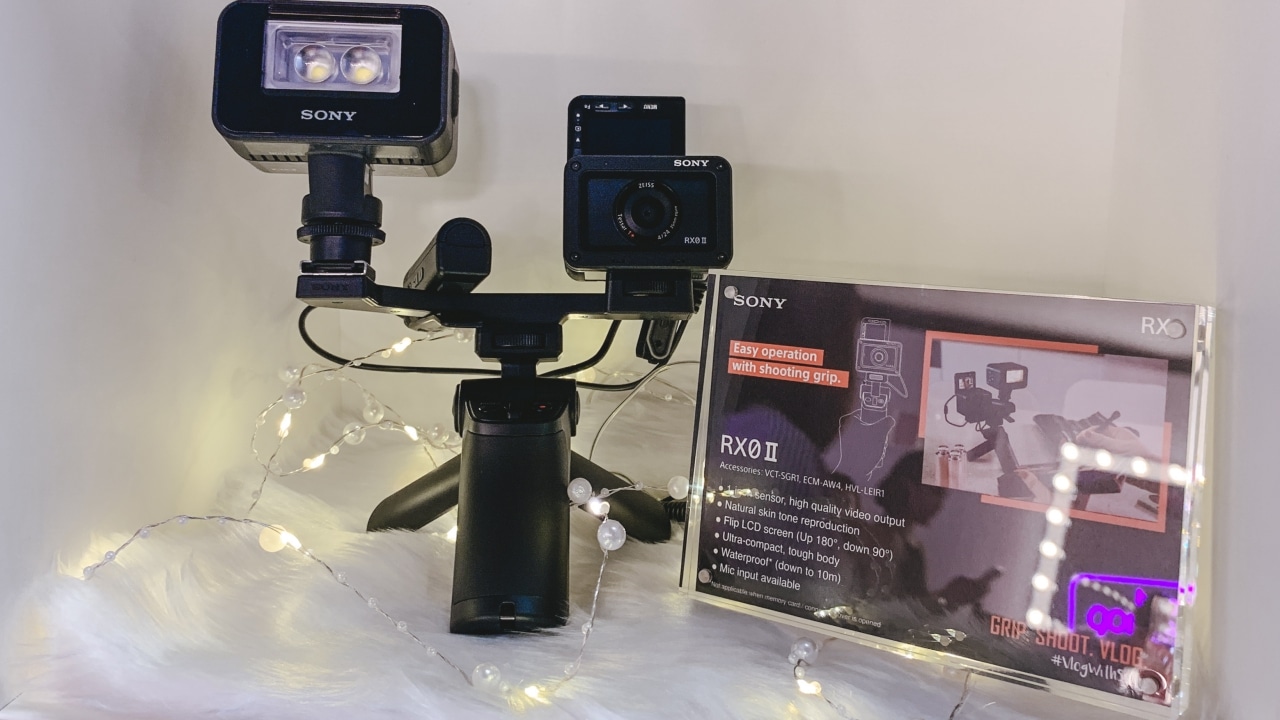 Sony RX0 II, external flash/light, and microphone attached in one bracket that is connected to the shooting grip itself

On top of those, there’s a feature called “intelligent framing” which detects a subject then keeps it in the frame, while image distortion is corrected after the video is shot. Editing clips through the RX0 II is also handy as you can transfer your photos and videos to your smartphone and edit them with your desired editing app.

It is not just ultra-compact, but also ultra-robust with its 10-meter waterproofing, two-meter dustproofing, and the crush-proof feature that can withstand up to 200kg of force.

It can still be used with the shooting grip, which can transform into a mini tripod when you stretch out the grip’s legs or add a complementary bracket that can attach more accessories to it, which will be made available in a RX0 II kit in select Asia-Pacific countries.

The Sony Imaging Edge Mobile app can control up to five RX0 II cameras wirelessly, while buying a separate Camera Control Box can help you control as many as 100 wired cameras.

The device will retail for about US$ 700, which is the same as the launch price of the older RX0 launched two years ago. In the Philippines, it has a Suggested Retail Price of PhP 39,999.