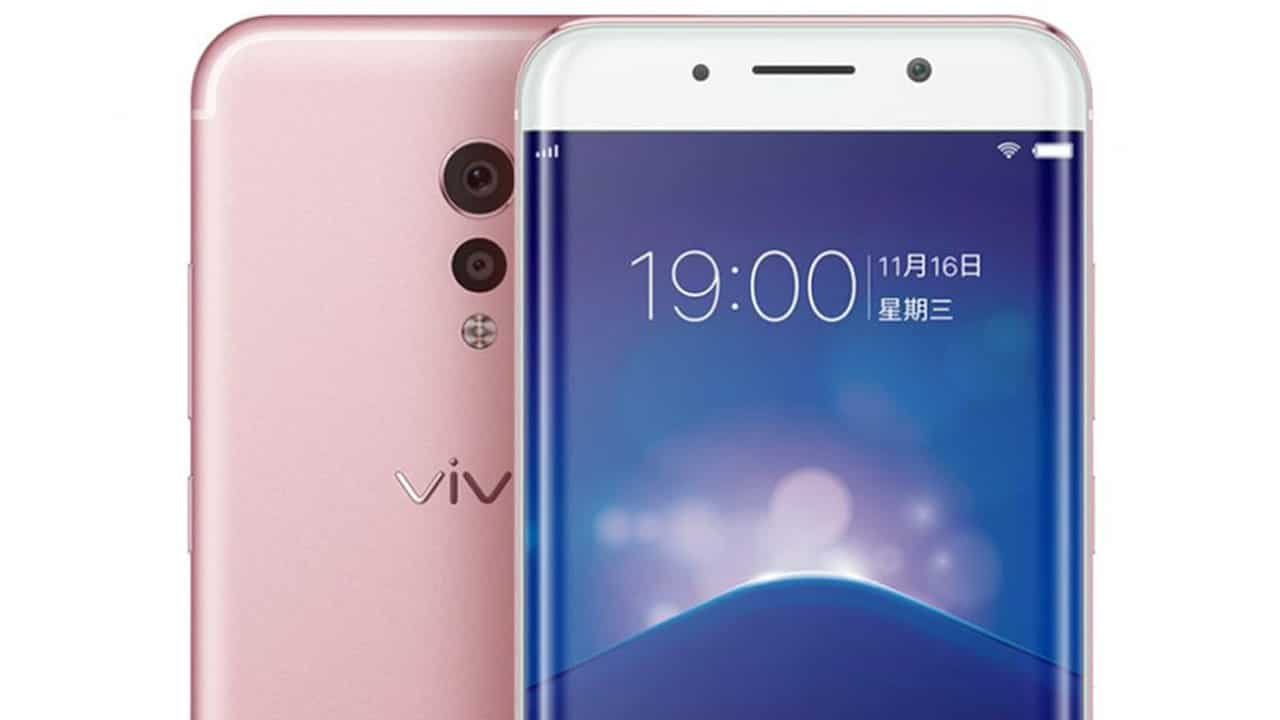 Vivo has really stepped up its game this week. After releasing the V5 in India a couple of days ago, the Chinese manufacturer went back to its home country to launch its new flagship Xplay 6, along with two additions to the X series.

This has to be the company’s answer to pressure forged by rivals Xiaomi and Huawei after they came out with some of the most impressive hardware we’ve seen this year. Vivo can rest easy with its second-place ranking in China, but there’s no telling when the tides could shift to another brand’s favor — just ask former top-ranker Xiaomi.

The Xplay 6, in particular, is no joke. Although it imitates a lot of the established ideas from fellow Chinese flagships, the price competes with Google’s Pixel phones at a bewildering CNY 4,498; that’s $655, seriously!

What makes this smartphone so special? Looking down the feature list, there’s nothing out of this world if you’re updated on the latest mobile tech. 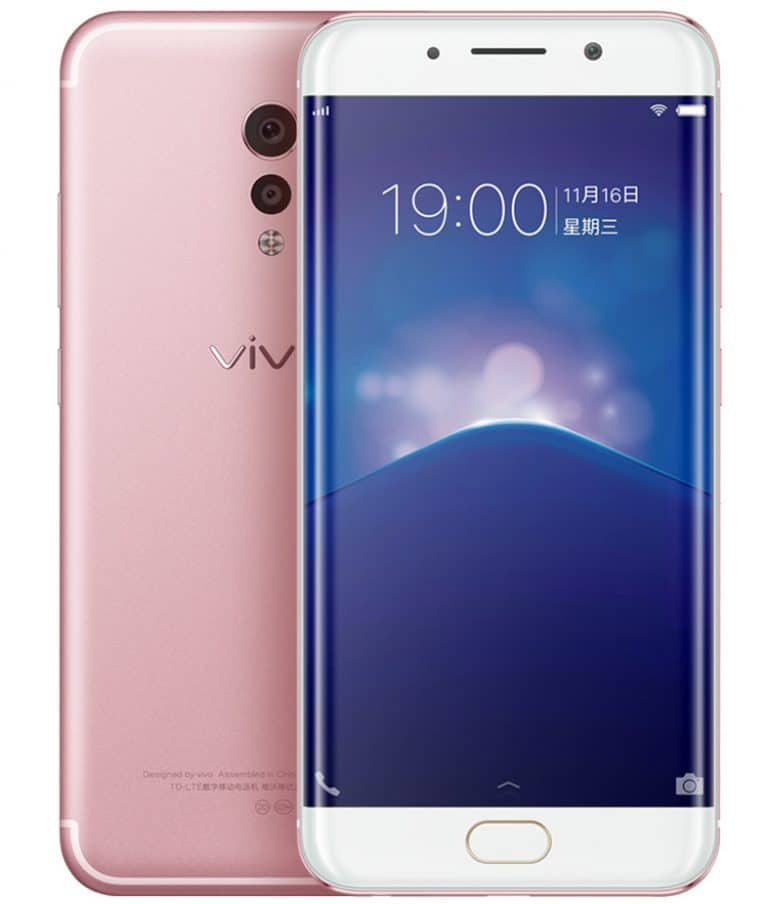 Standing out the most is the curved 5.46-inch Quad HD AMOLED display, which is something you’d find on the Samsung Galaxy S7 Edge. But the Xplay 6’s advantage over its Korean counterpart is the use of 6GB of memory and a larger 4080mAh battery with built-in fast charging.

There’s also the inclusion of smartphone technology’s latest trending feature: a dual-camera setup. With a pair of 12- and 5-megapixel rear cameras, the former does the photo taking with the help of optical image stabilization, while the latter provides depth information to produce sharper subjects with blurred-out backgrounds.

Curiously, Vivo decided to go with a Qualcomm Snapdragon 820 processor instead of the newer 821. Reminds us of what HTC had done earlier with the Bolt. The Android version is also stuck at 6.0 Marshmallow, and not the much maturer 7.0 Nougat. 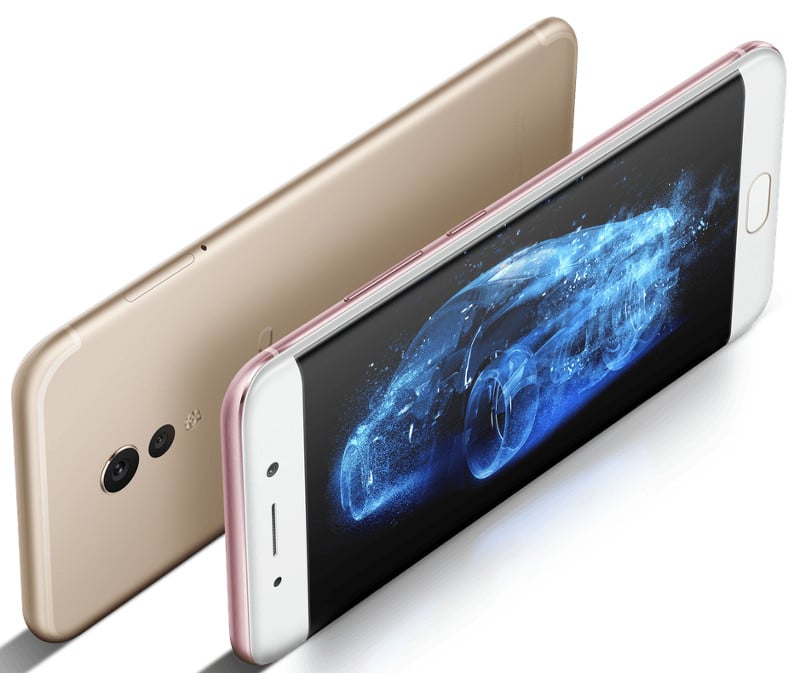 Even if you consider the full-metal body, fingerprint scanner in front, and super-cool rose gold color, the Xplay 6 is a tough sell. You can purchase it beginning December 12, if you really must.

The X9 and X9 Plus have one thing in common, and that’s the dual-front-facing cameras. One is 20 megapixels in resolution, and the other has an 8-megapixel image sensor for depth info, just like the rear camera setup of the Xplay 6. Both have a plain 16-megapixel shooter at the back. 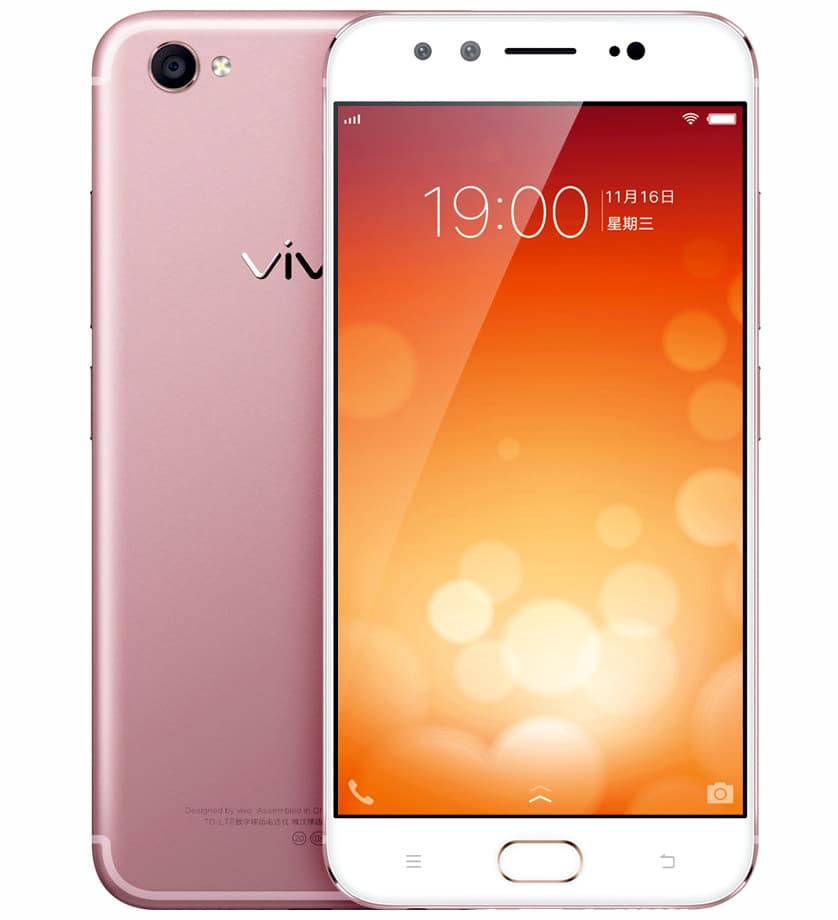 Other than that, you can already spell out what else they offer. The smaller X9 has a midrange Snapdragon 625 processor, 4GB of memory, and 3050mAh battery. As for the larger X9 Plus, it has a faster Snapdragon 653 chipset, 6GB of memory, and 4000mAh capacity for its battery.

If all these sound too expensive for you, you can always look down the pricing ladder towards the Vivo Y55. It got our thumbs up in both its full review and our best budget phones list, plus it costs only $165. 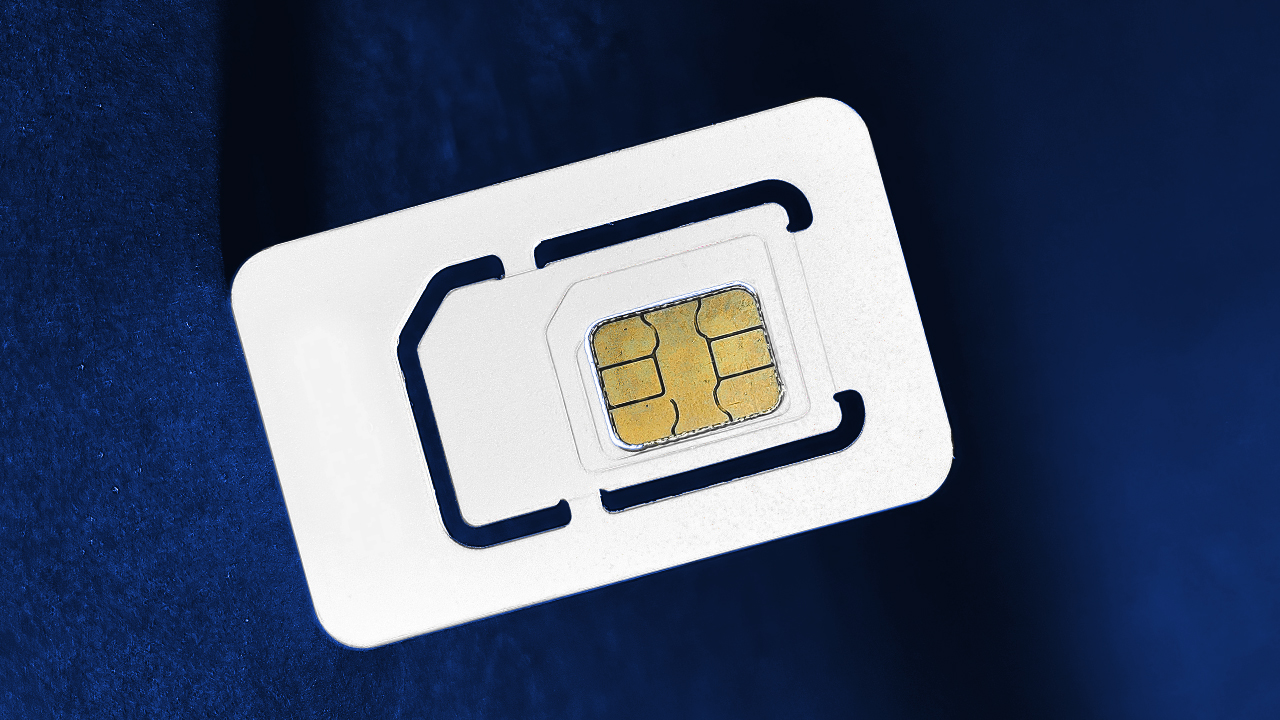 The initiative is part of Globe’s contribution to environmental sustainability in time for January’s Zero Waste Month celebration.

The Eco-SIM card was first developed in 2020, in partnership with the Veolia company; it has a neutral carbon footprint.

The telecom provider partnered with Thales to employ the said Eco-SIM cards starting from November last year, made from 100 percent recycled materials.

The SIM cards are made from recycled polystyrene recovered from discarded refrigerator interiors.

Thales has a comprehensive carbon offset program that also ensures there is no further carbon footprint during the manufacturing process of the Eco-SIM cards.

SIM cards, while the smallest consumer items, equate to about 20,000 tons of plastic and other polymers as about 4.5 billion cards are manufactured every year.

A global leader in advanced technologies, Thales has presence in the Philippines since 2010.

The company has been a strategic partner for consumers in the civil aviation, defense, digital security, air traffic management, and ground transportation sectors.

In 2018, Globe was also the first in the country to introduce electronic SIMs or eSIM, as another alternative to the physical SIM cards.

The eSIM also allows gadgets like smartphones and smartwatches to be connected under one mobile number.

Back in 2019, Globe became a signatory to the United Nations Global Compact, committing to implement universal sustainability principles on human rights, labor, environment, and anti-corruption in its operations.

While in January 2021, Globe also formally expressed its support to the globally-recognized Task Force on Climate-Related Financial Disclosure (TCFD), supporting the TCFD framework along with more than 1,800 companies worldwide.

With its own processor and OS 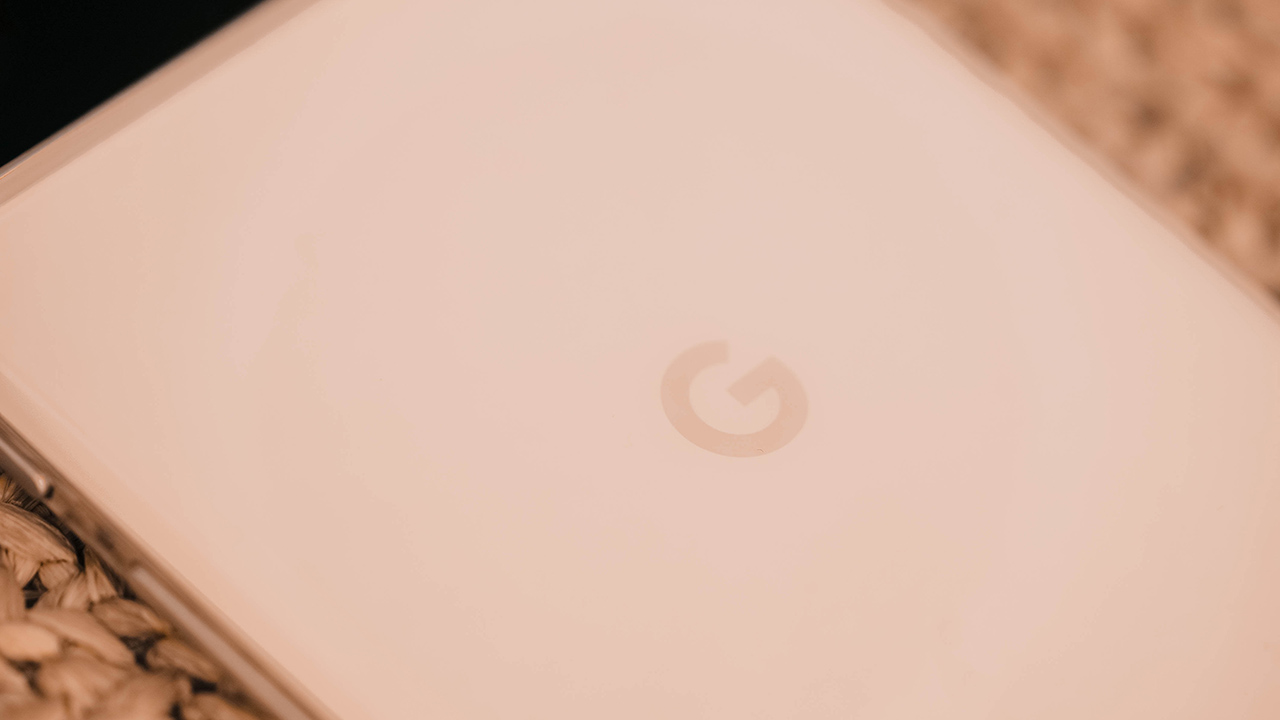 Understandably so, a good portion of the world is strongly resistant to Meta’s push for a metaverse based on virtual and augmented reality. However, though people are still hesitant to try on Facebook’s VR-tinted goggles, other companies are more than happy to take on the technology themselves. Google, joining Meta and Apple, is also working on its own AR headset called Project Iris.

According to sources from The Verge, Google is getting back into the augmented reality stage. The company is reportedly working on an AR headset with the current codename. The Project Iris headset is supposedly targeting a 2024 release date.

Inside the mysterious headset, the device will supposedly have its own processor and OS. Given Google’s feats recently, an in-house processor and operating system are within the realms of possibility. Google recently launched its first in-house chipset for smartphones, the Tensor chip. The company is, of course, still the thriving developers of Android, currently tailoring its latest Android version for different form factors.

Plus, it’s not Google’s first time with an augmented reality project. Remember the ill-fated Google Glass? The revolutionary wearable had all the potential but ultimately fizzled out into oblivion. At the time, analysts cited the device’s poor timing. Now, especially with other companies vying for dominance, Google does have more initiative to reestablish itself in the augmented reality market.